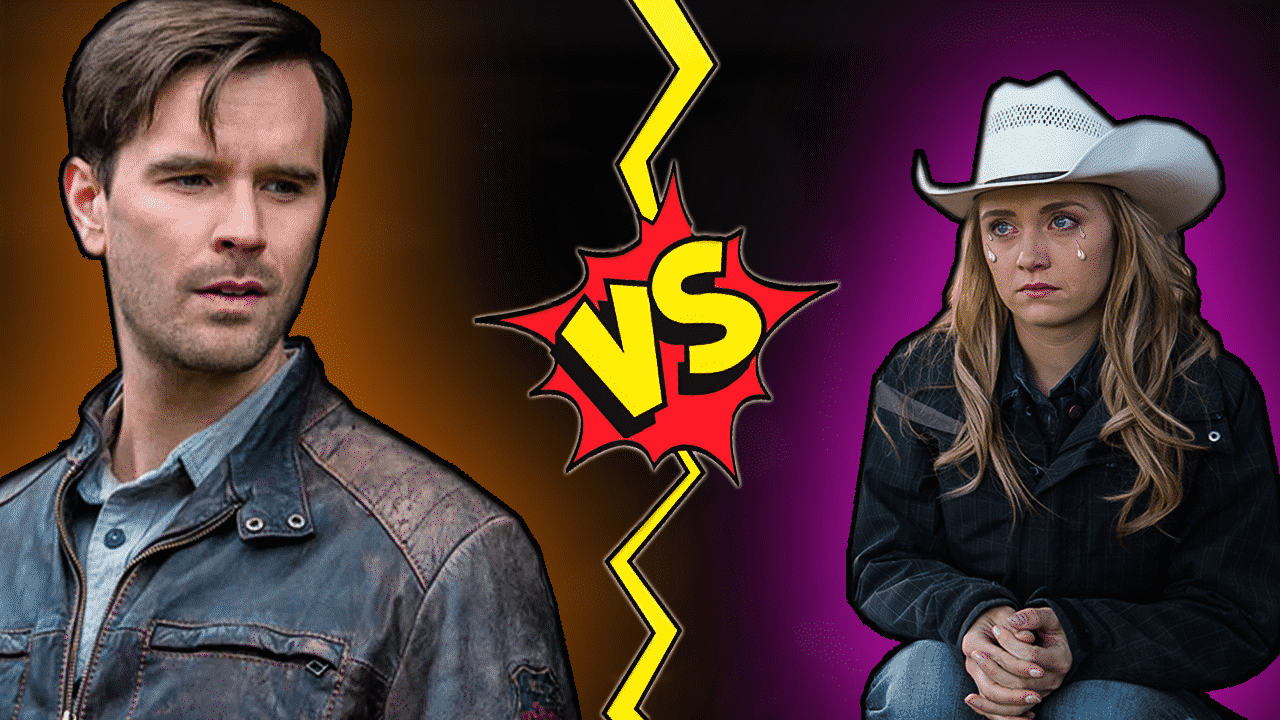 As you know, we are all shocked by Ty Borden’s death in Heartland. Today we will examine Amber Marshall’s conversations about the death of Ty. Audiences still can’t get out of the shock of this death. We’re just as bewildered as you are. How about finding out the real deal? If you want to know, this is the right place for you. Let’s get started! 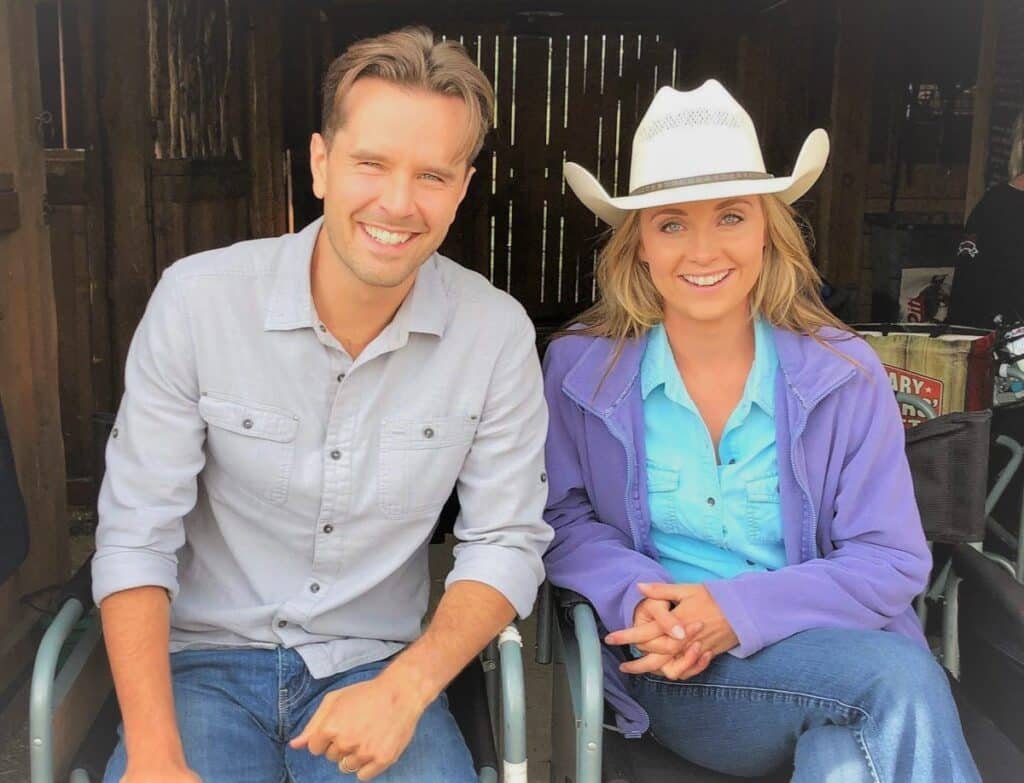 We learned that Amber Marshall received a call from Graham Wardle two years ago about leaving the show. The news was quite disturbing and surprising for her. She said in a recent interview that Graham first wanted to let her know and she continued with the following words; “He and I have a very close relationship, we’ve been great friends for several years since the show began. And I was hurt. When he first told me, it stung a little bit. But then, as I had time to process it, I understood it. I understood the journey he was on and that nobody should stand in the way of someone who wants to pursue what their true heart’s desire is.”

Thanks to this phone call, Amber Marshall had learned before the producers that he was leaving this drama. Of course, the biggest challenge in this job was for the writers of the series. As you guessed, it was a very difficult process to decide how to remove the leading man from the show. Marshall knew everything long ago. After all, this duo was the most important character of this series for 14 years. We, the audience, have witnessed their love for a long time from flirting to the process of becoming parents.

Believe me, it wasn’t good news for us when Ty Borden came out of the show.  It could no longer be a case of temporary leave as experienced in previous seasons. Therefore, we witnessed Ty Borden’s sudden death in season 14. The loving husband and new father character no longer existed. What killed him was the bullet wound he received at the end of the thirteenth season. What a painful event! 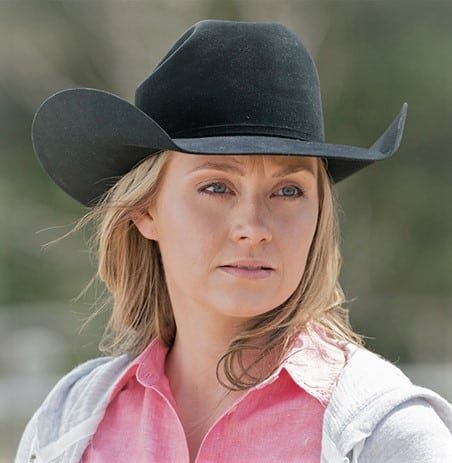 During this interview, reporters swore that no one would know about this situation. Because the episode hadn’t aired yet. What was happening when we were unaware of everything. Pretty surprising, isn’t it?

Her words go on like this; “This a story that people might not want to see in the beginning, I think there’s going to be a lot of people devastated by this. But I believe the journey through this season is so important for viewers to watch and to know that death is real. Death is something that impacts all of us at some point in our lives.

To see this widowed mother find the strength and courage to move forward for her daughter and really think about what’s best for the family around her and to come together and be that support I think is so important. And to know that it isn’t easy. There’s nothing easy about death and it shouldn’t be. But to honor that person and that person’s journey and by moving forward and living each day is the best way that you can.”

The Reason For Graham Wardle’s Departure For Amber Marshall 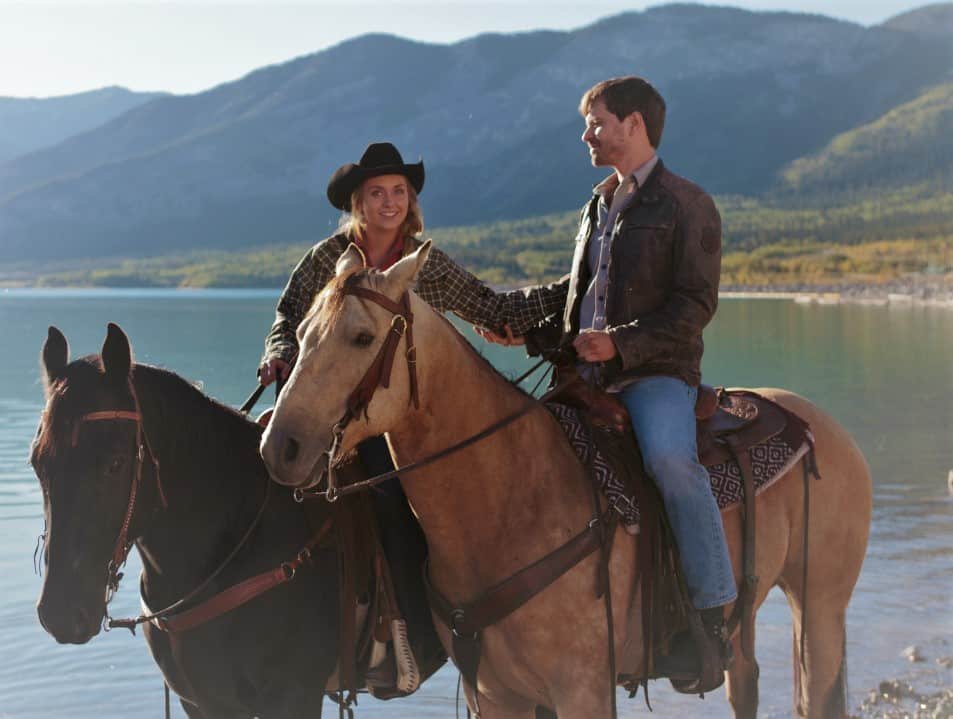 As for the reason for his departure, no one knew about it yet. But, Amber Marshall thought he left the series because he wanted to pursue his passions other than acting. So do you think it was really like this? Or was there a different situation? I am waiting for your comments.

Graham published a podcast called “Time Has Come” on Youtube last May. He said that people stepping outside their comfort zone and into a world, into a life, into a vision of their future that they desire. He goes on like; “Where does the courage come from to do that? That’s been a part of my journey for the last two years now.” What should we make of these words?

Amber Marshall said Wardle’s absence from the set was very palpable. Because they were inseparable. The Heartland series was one of the longest-running series in Canada. And in these 14 years, the series continued with the first cast of the actress. That rarely happens. We think it’s a huge success. We can say that this is why the series is so popular.

Jessica Amlee, who played the character of Mallory Anderson, was the only person to leave the series after the seventh season for other acting opportunities. Instead of her, Alisha Newton was included in the series as the character of George Fleming. Other performers continued their roles. 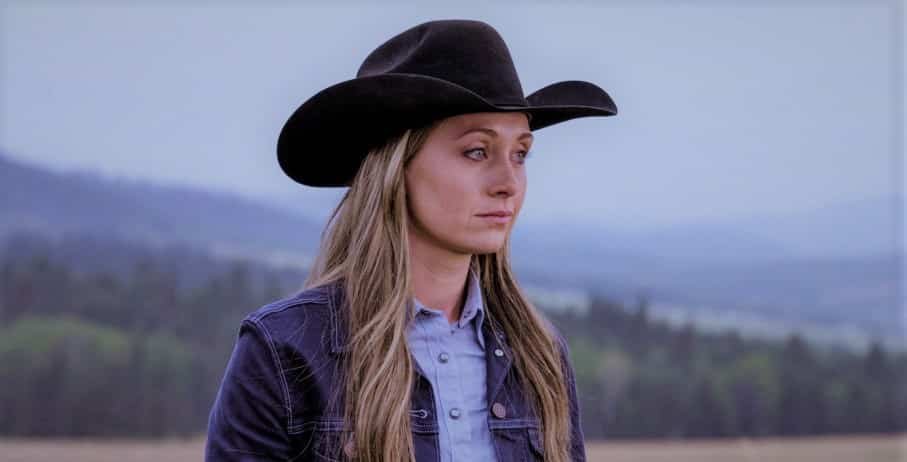 In episodes one and two of season 14, we saw that Amy was still deeply saddened by her husband’s death just like the other members of the family. So in the first episodes, we watched this grief and sadness blended with flashbacks. These episodes were pretty sad for all of us. Marshall had already said Ty Borden’s absence would be felt all season. It seems that what she said was true.

We’ve seen a loss before in the series, and that loss was almost the darkest period of the show. It was the death of Amy and Lou’s mothers. Marshall said in her interview that she prepared for this grieving character by empathizing with the loss that her friend experienced. She was a woman who took her job too seriously.

And she says “It was a very similar story. She had been with him for over a decade. It was a very tragic accident, unexpected. They were both very young. I mostly spoke with her sister about it because I didn’t want to bring up any unnecessary hurt for her. But her sister explained to me the journey she had gone on and said that the whole first year she was completely numb to it. It was like she was in this daze. When we look at the story of Heartland, that first episode is exactly a year after his death.”

Then Amber Marshall continues: “I wanted the audience to know that Amy hadn’t come to terms with it until that moment. This season, the fact that it’s a year later, is her healing. It’s been a year of numbness. It’s been a year of her crying until she can’t cry anymore. When we pick up a year later, the audience gets to be on that journey of healing and that journey of strength and just being able to be there for her daughter and her family”

In the fourteenth season, the character of Parker, played by Ava Tran, added entertainment to the series. He was a socially conscious if occasionally smart-alecky preteen city slicker who spent his time on the Bartlett ranch. Lou’s new job as mayor of Hudson also added humor to the show. Also, Tim tried to pick up a woman with a disastrous polo match. As we watched, we forgot our grief and had fun. You guys, did you have fun? Tell me the truth.

Her last words in the interview were: “These are stories we’re telling. We’re trying to honor these characters the best way that we can. But, at the same time, this is television. These are stories we write. While they may be devastated and I feel there is going to be a lot of tears shed when these episodes are viewed, at the end of the day we’re all OK.”

Then Amber Marshall says: “We’re all actors and I think sometimes you get so caught up in that reality that it’s hard to distance yourself from the fact that it is all fictitious. I hope these stories do resonate and cause an array of different emotions because that means we’re doing our job right. But I think a lot of people are going to be very heartbroken.”

Yeah, we’re all upset like Amber Marshall said. But there’s still hope in us about his comeback to the series. We believe he will return. Do you have any hope?

Also Read: Graham Wardle, Ty Of Heartland – Coming Back, Or Not?