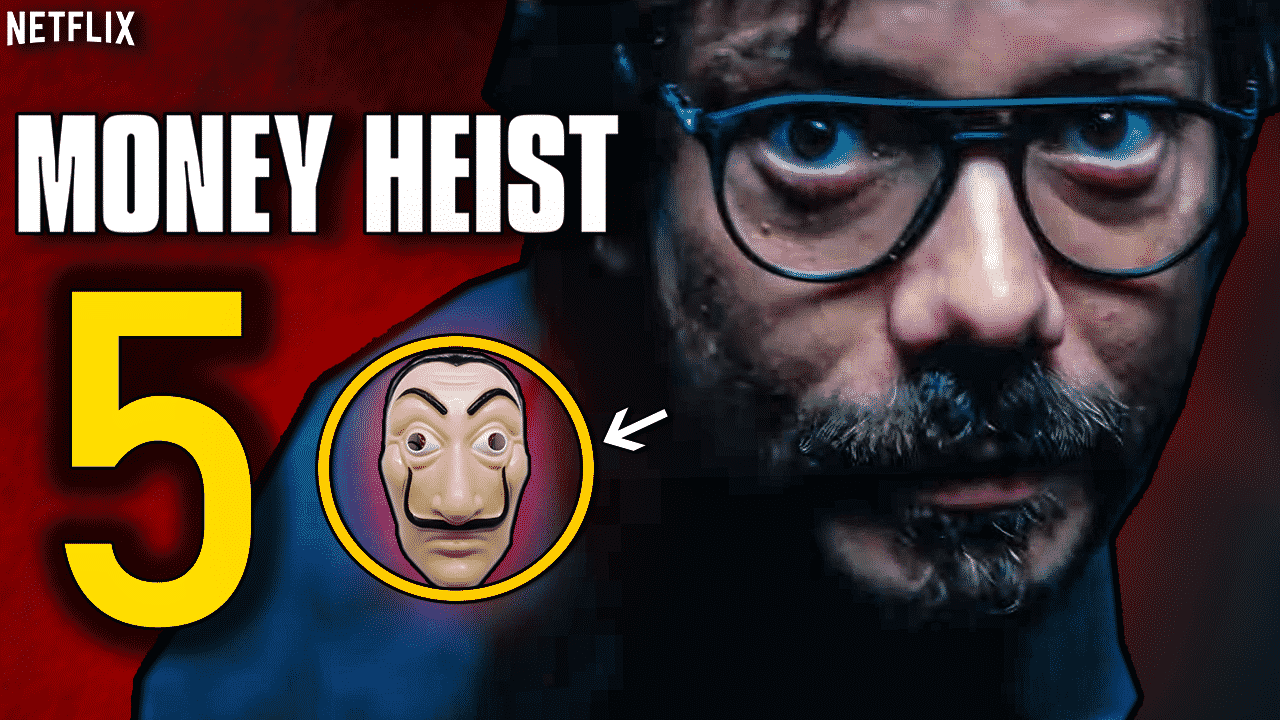 If you are ready, let’s dive into the personalities of our precious cast! 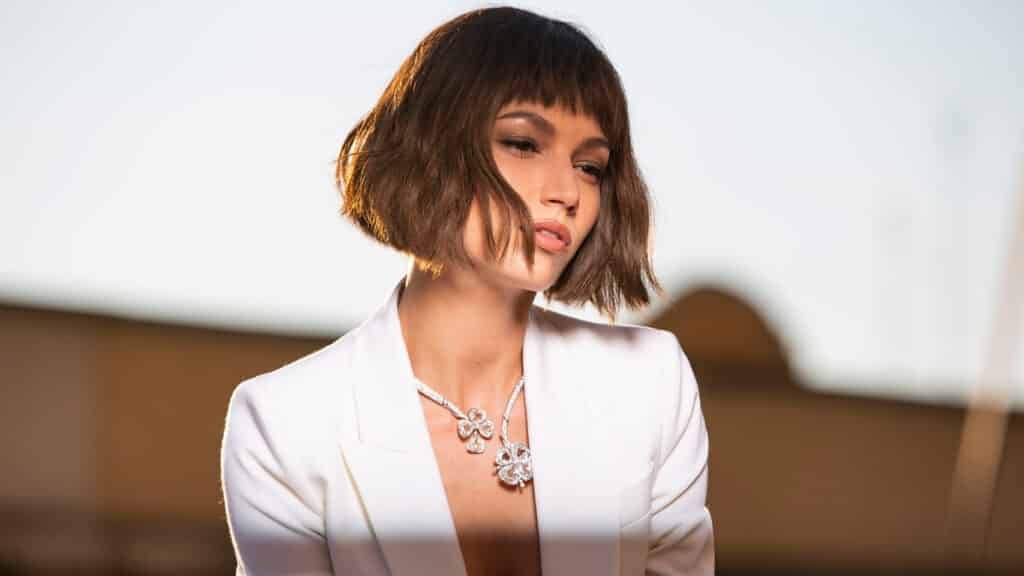 Thanks to the Money Heist, the city of Tokyo means way more than usual now! We all know the wild, rebellious and passionate personality of Tokyo, but how much do we know about the actor who is portrayed Tokyo?

The character of Tokyo is portrayed by Úrsula Corberó who is a 31 years old Spanish actress. She is from Sant Pere de Vilamajor, Spain. Her zodiac sign is Leo. Even if we know her as Tokyo from Money Heist, she acted on many successful projects such as Física o química, Isabel, El árbol de la sangre. She has been in a relationship with Argentinean Actor Chino Darin since 2016. 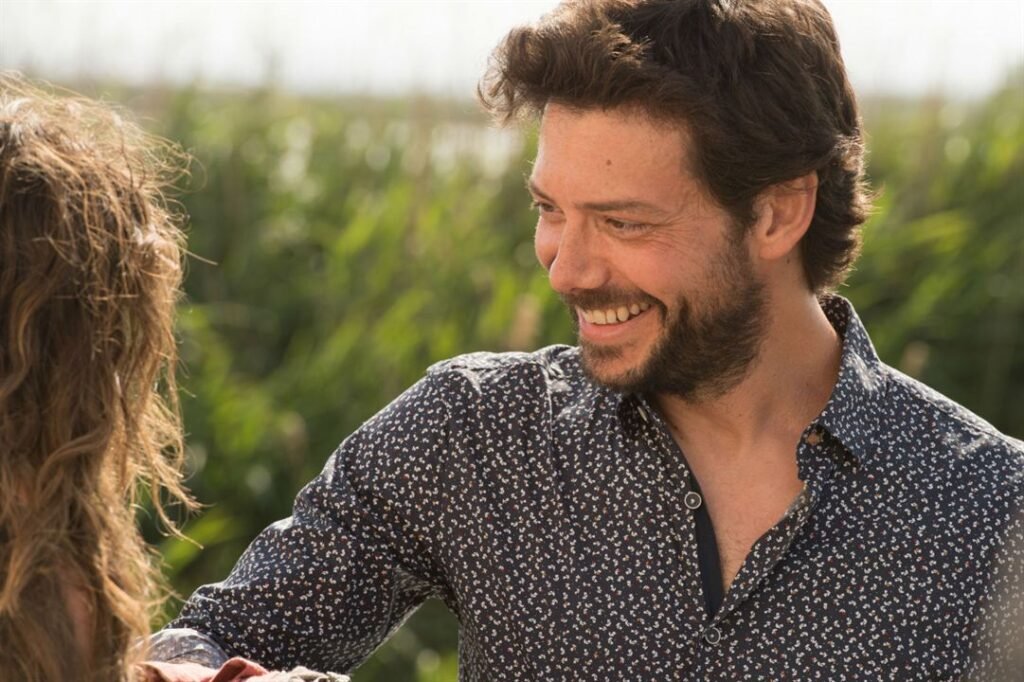 While watching Money Heist, most of the time we admired the mind of the Professor. Even if there is a big effect on the script of the show, Álvaro Morte, who played the character of The Professor has added his soul to this role. So, this effort of the actor made this role more impressive.

Álvaro Morte was born on 23rd February 1975. He is from Algeciras, Spain. His zodiac sign is Pisces. He has been actively acting since 2002. The movie that was released in 2018, Durante la Tormenta was an important project for his career. He also played the main character on the Netflix show El embarcadero which has lasted 2 seasons. Álvaro Morte is married to stylist Blanca Clemente and has 2 kids which are twins. 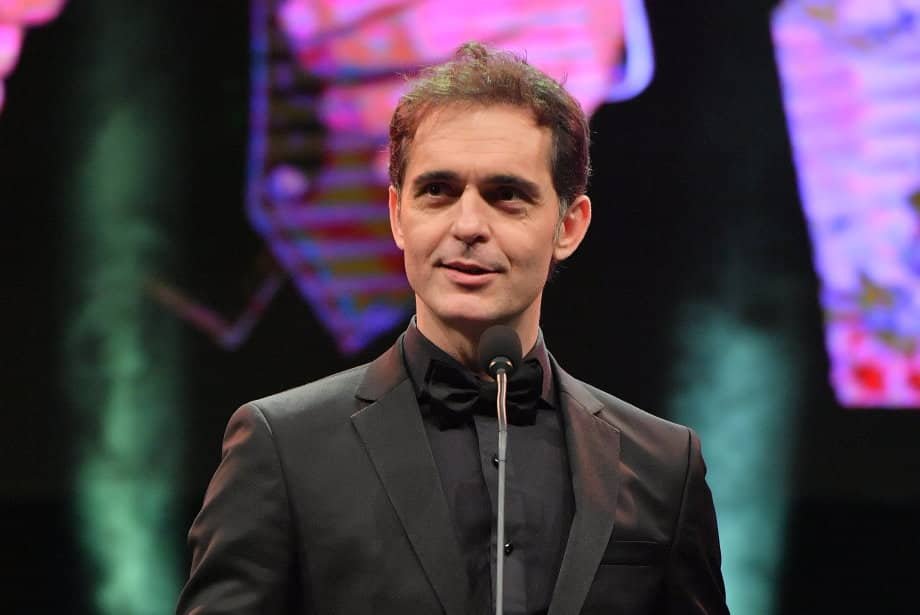 Even if Berlin is a fictional character, many people are amazed by him. Where his character has this kind of charisma, the actor is not disappointing at all. 50 years old Spanish actor Pedro Alonso is the kind of person that has a good influence on everyone. His zodiac sign is Cancer. Besides Money Heist, he acted on famous projects such as El Ministerio del Tiempo and Padre Casares. Even if he ended up tragically, we assume that he will be part of the final season of Money Heist cast as Berlin on flashbacks.

Pedro Alonso is married to Tixie Jambass and he has one daughter named Urie who is currently 23 years old. 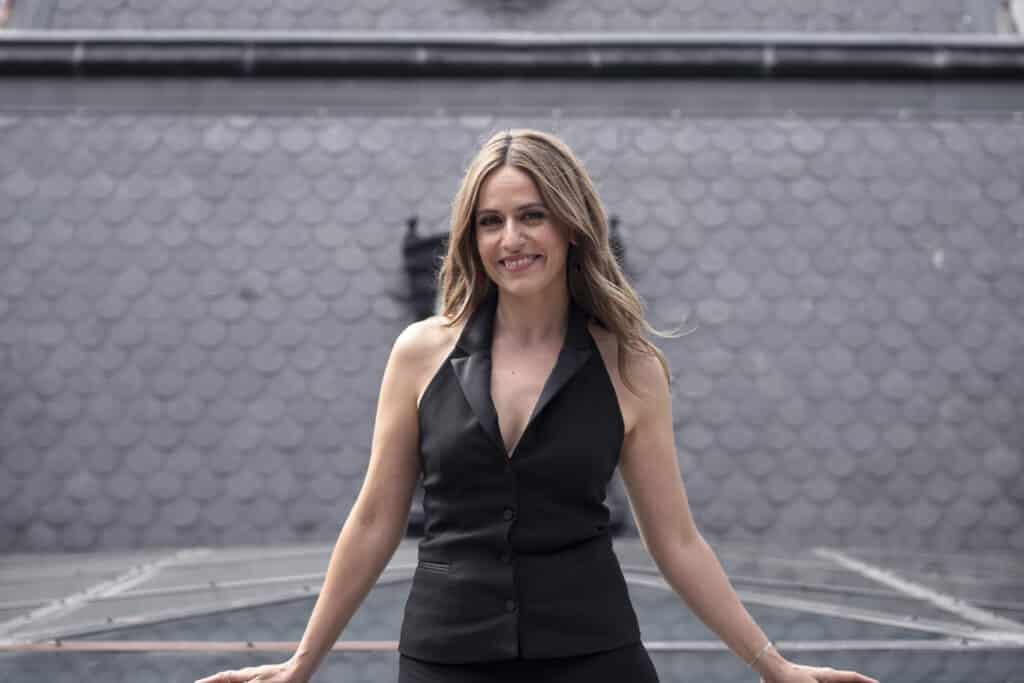 While we are preparing this kind of a list, there would be a shame to forget about one true love of our professor. The role of Lisbon is portrayed by Itziar Ituño. She is 47 years old Spanish actress. Her zodiac sign is Gemini. She has long cinematography because she has been actively acting since 1997.

Itziar Ituño is married to Juan Fernandez. He was also the part of the Money Heist cast, you may remember him with his role as Coronel in the series. 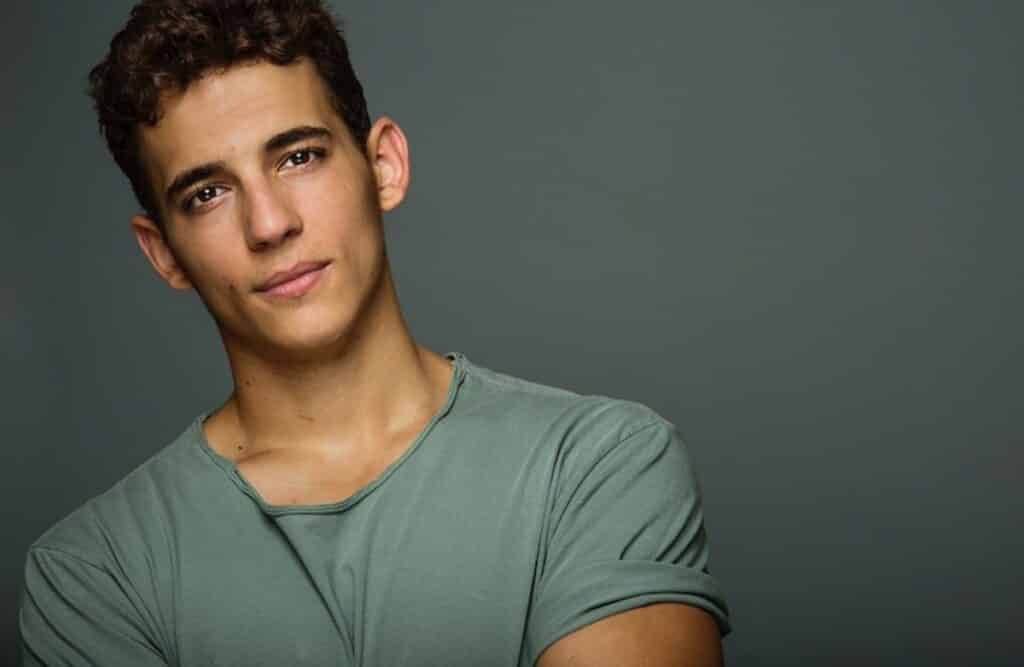 Miguel Herrán – How old is Rio in Money Heist?

As the youngest one on both our gang and the cast, Miguel Herrán is 25 years old. He was born in Málaga, Spain. His zodiac sign is Taurus. If you are a close follower of the Spanish series, you have already seen him on the famous Netflix show, Elite. He is also known for his roles in the movie, A Cambio de nada and the series of Hasta el Cielo as Ángel.

We saw the beautiful romance between Rio and Tokyo on Money Heist. Despite all odds, they were able to be together. Even if we can see Miguel’s and Ursula’s close photos on their Instagram and it makes us kind of happy, in reality, Miguel Herrán has been in a relationship with  Argentine actor, Ricardo Mario Darin Bas since 2016. 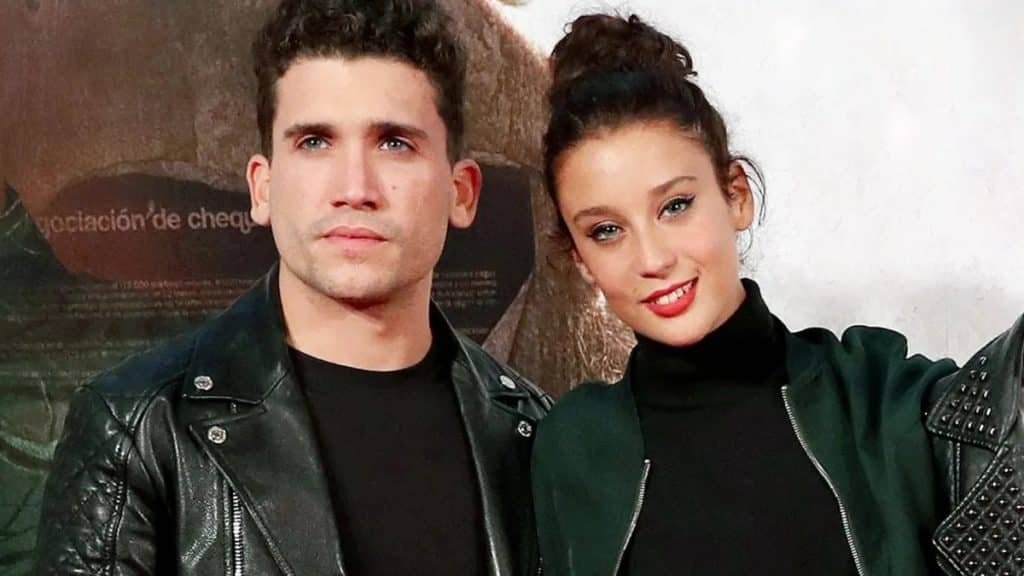 Jaime Lorente was born in 1991, Murcia, Spain. The Zodiac sign of the Spanish Actor is Sagittarius. Since we have mentioned Miguel above, Jaime was also played a role in the famous Spanish series, Elite. Besides Money Heist and Elite, he acted on many successful projects that you should watch if you have not yet. These are; Todos Lo Saben, La Sombra De La Ley, and El Cid.

As far as we know, he was in a relationship with Elite star, María Pedraza. She was also in Money Heist cast in season 1. There is a big possibility that they two have broken up. 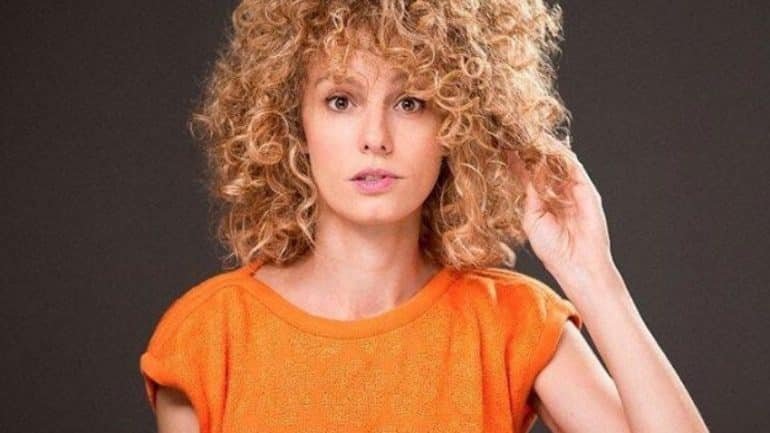 According to our sources, Esther Acebo is currently single. Even if she is not single right now, we know that she prefers to keep her love life private from the media. 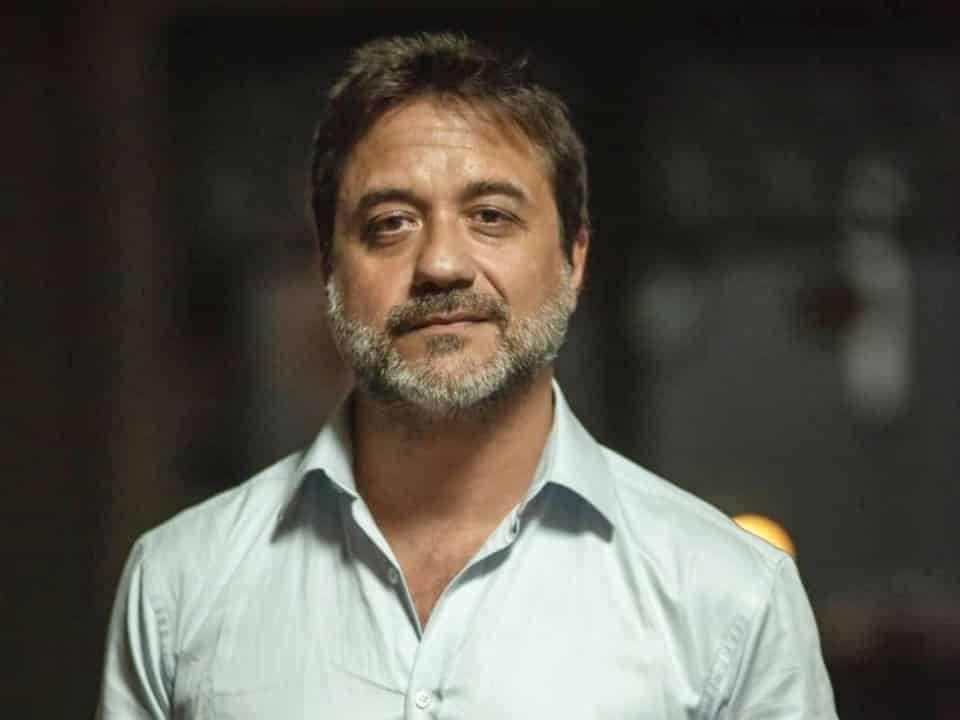 Sure, we are not a big fan of Arturo but we cannot deny the talent of the actor. The role of Arturo is played by Enrique Arce who is a 49 years old Hispanic actor. His zodiac sign is Libra. He is also a writer and he wrote a book named “La grandeza de las cosas sin nombre”. Besides his career in Spain, he acted on many Hollywood projects such as Kinghtfall and A Long Way Down. He is married to Cristina Peña.

Enrique Arce will be in the Money Heist cast in season 5. We will see many scenes of Arturo in the new season. 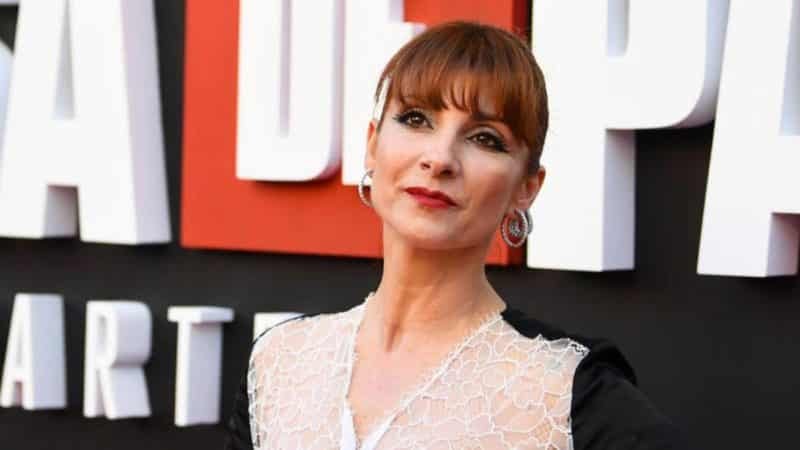 We like watching characters that have bad personalities. It gives them a space to develop, or even if they do not, it always gives pleasure to see them defeated. Alicia Sierra is one of them, and the actress who played the character is stepping forward with her acting skills. According to us, since the first day she has joined the Money Heist cast, she positively changed the aura of the show. We saw 49 years old actress Najwa Nimri on famous tv series, Vis a Vis before. Besides it, she has long cinematography and a successful career. Her zodiac sign is Aquarius. Wait for it; She is also a musician. She even formed a band in 1996.

She has one child named Teo from her spouse Martìn.

Is Nairobi in Money Heist Season 5?

Here comes an important question that you all have been waiting for. Everybody may have a different favorite character or actor from the Money Heist cast, but we think most of the people who watched the show loves Nairobi. We know that Nairobi is dead, but we also know that Berlin was dead too. We have kept seeing him in flashbacks. There is a big possibility that we will see Nairobi on flashbacks too. So, Alba Flores will continue to be in the Money Heist cast. 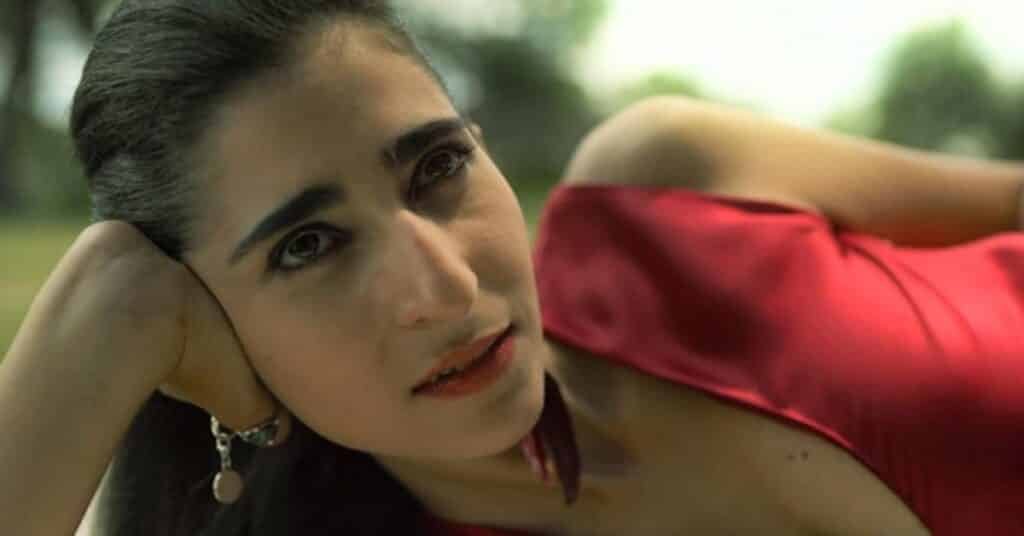 Alba Flores is another actor that we saw on the series Vis a Vis. She was born in 1986 in Madrid. Her zodiac sign is Scorpio. She played roles on movies and series like El tiempo entre costuras and Ferrotipos. We know that Alba Flores is a part of the LGBTQ+ Community and she defines her sexual orientation as Lesbian. Therefore, according to our records, Alba Flores is currently single.