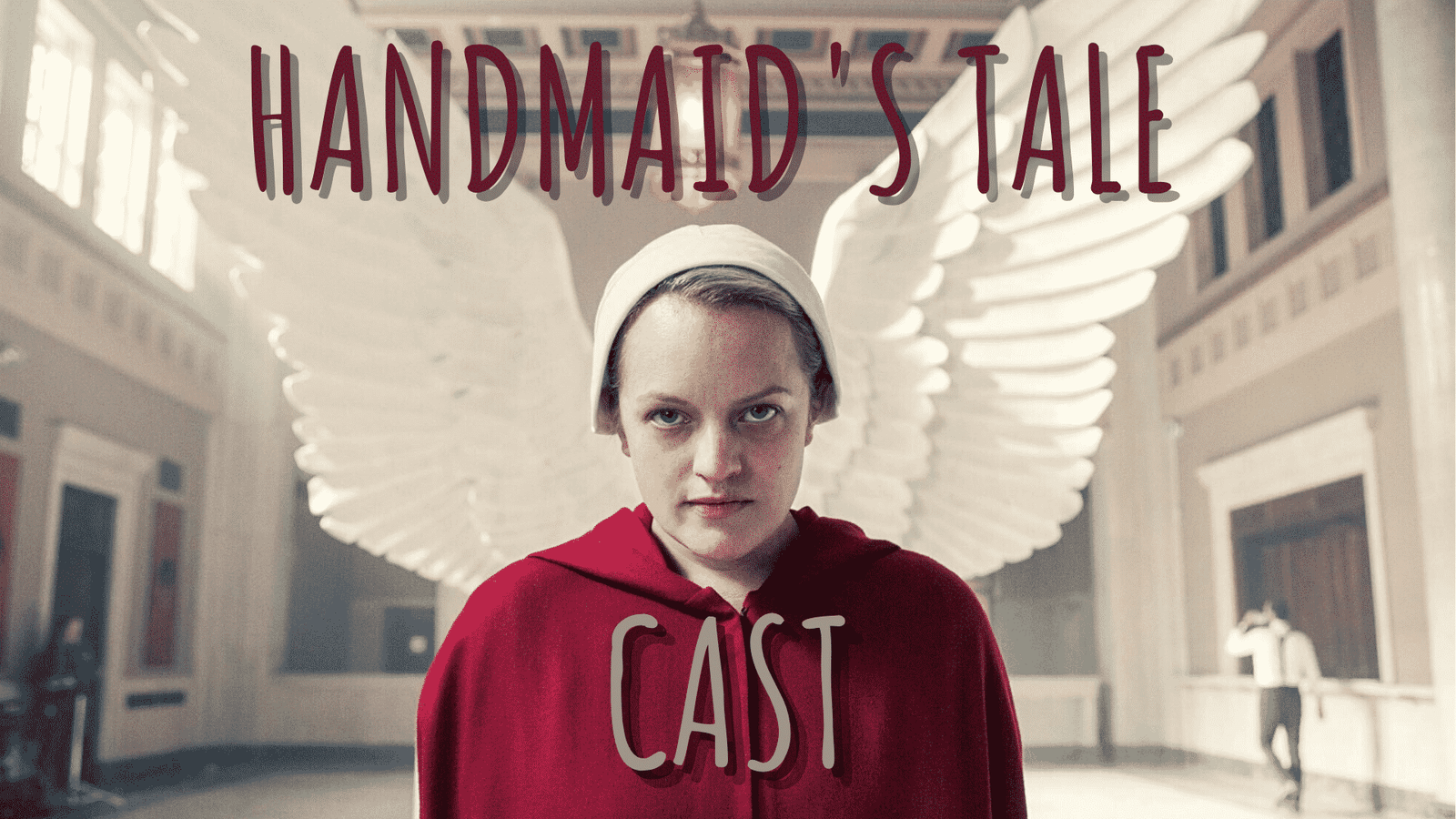 It’s been a while since the world got to know the brilliance of Margeret Atwood as a writer. As a woman writer, she not only perfected the historical drama genre but also redefined the feminist narrative in creative writing by focusing on a subtext rather than blatant lecturing of the readers. However, a few years ago, her brilliance received even larger appreciation when Handmaid’s Tale met with the TV screen. Now, with an utterly talented Handmaid’s Tale cast, we can visualize every single word of Atwood and see the true colors of her twisted creation.

Handmaid’s Tale is a dystopian series created by Bruce Miller back in 2016, based on Atwood’s 1985 novel with the same name. Taking place in an imaginary future where the 2nd American Civil War caused the formation of a brand new totalitarian country that enslaves fertile women, the story created massive reaction worldwide as its harsh reality touched everyone. Besides, the show’s 1st season alone has 8 Emmy awards, putting it among the TV’s bests.  Now, ahead of its 5th season, Handmaid’s Tale cast deserves a revisit.

In this article, we will take a look at the Handmaid’s Tale cast, examining their personal lives from their ages to partners. If you are a fan of the show, don’t hesitate to keep on reading. Trust us, you won’t regret it! 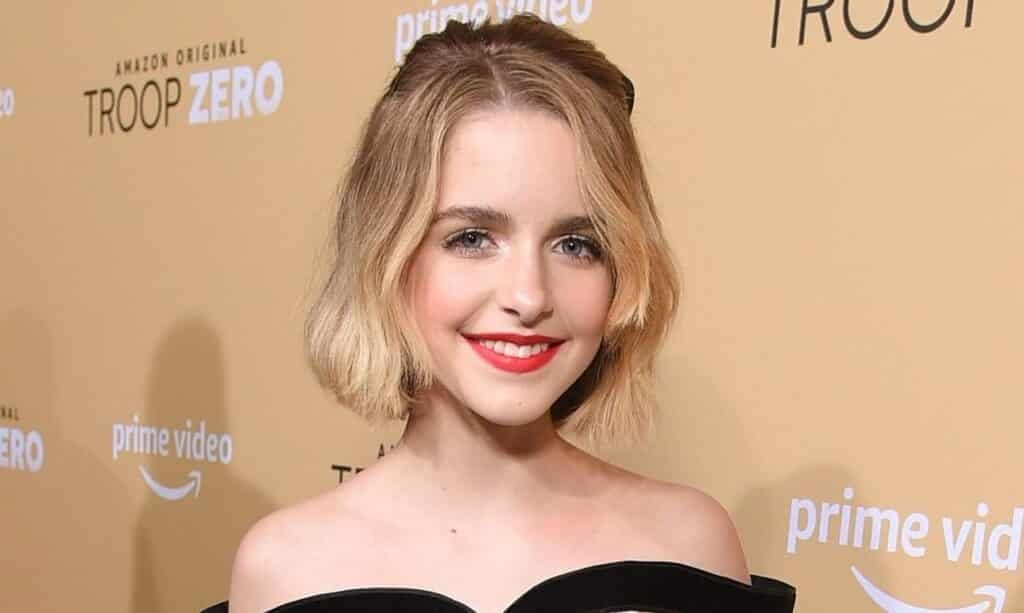 Mckenna Grace (Esther Keyes) Who is Esther in The Handmaid’s Tale cast?

American actress Grace was born in 2006, making her a 16-years-old child actor. However, don’t underestimate her talent based on her young age, as she has been doing this business since she was just 6-years-old. Before Handmaid’s Tale, she appeared in shows like Crash & Bernstein and Young and the Restless.

Despite her young age, Grace is estimated to have quite a wealth already, which is believed to be around $2 million. 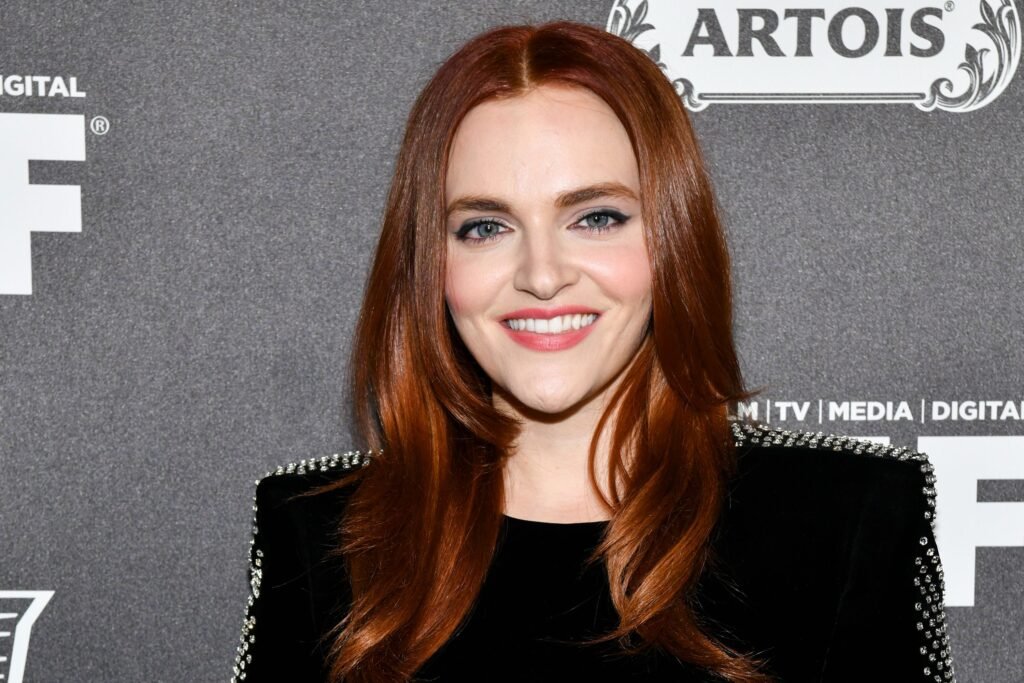 Brewer is a 29-years-old American actress. Even though her part in Handmaid’s Tale as Janine made her a household name for most of us, her career gained momentum afterward and enabled her to appear in multiple mega projects. For instance, she played Tricia Miller in the hit series Orange Is the New Black. She also took part in Hemlock Grove and Netflix’s Cam.

Back in 2019, it was estimated that the young actress was worth  $2 million. We can only imagine that her wealth rose since then as she gains around $60K per episode from the Handmaid’s Tale alone.

Even though she is quite private when it comes to her romantic encounters and refrained from having any public relations, there have been some names that are rumored to be the partners of Brewer at some point in her life. Some of these names are Calum Worthy, Spencer Neville, and Nick Jonas.

Brewer has no children. But, she is a proud dog mom. Her adorable dog’s name is Ruki. 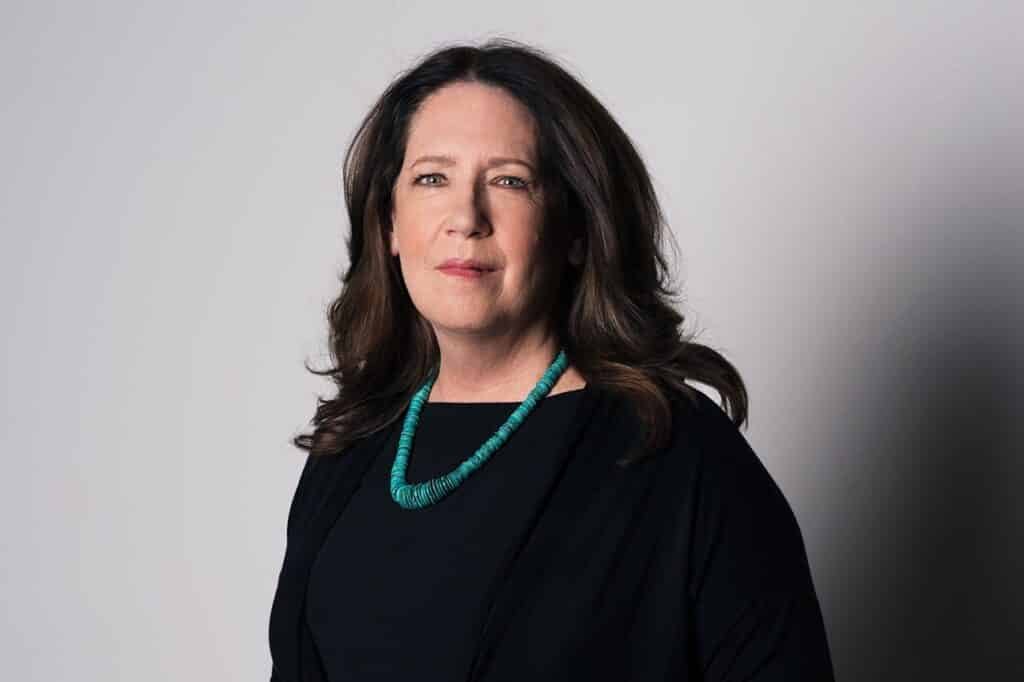 When it comes to villains, Handmaid’s Tale has no shortage of that type. However, probably one of the most “lovable” villains – if there is even such a thing – is Aunt Lydia, played by Ann Dowd. 65-years-old Dowd is known for her supporting roles in various A-list movies, from Lorenzo’s Oil to Marley & Me.

The veteran actress is believed to have a net worth of $4 million and has been married to Lawrence Arancio since 1984. The couple has three children. 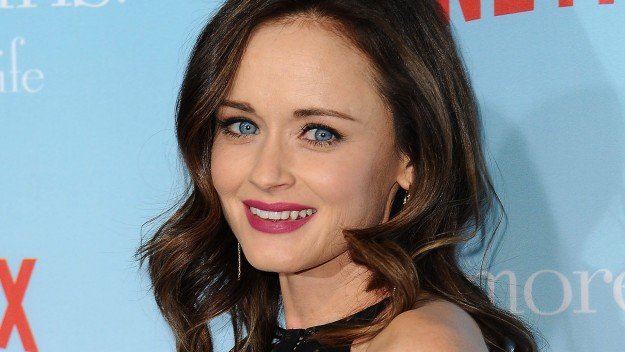 39-years old Alexis Bledel is, undoubtedly, one of the treasures of the Handmaid’s Tale cast. Already a household name thanks to her iconic role as Rory in Gilmore Girls, Bledel was one of the nice surprises that the Handmaid’s Tale cast offered to the audience. And the beloved actress certainly did not fail to meet the expectations, since she won Primetime Emmy Award for Outstanding Guest Actress in a Drama Series.

Bledel, who also took part in cult movies such as The Sisterhood of the Traveling Pants, is believed to be worth $10 million.

Apart from her incredibly successful acting career, Bledel also has a dreamy personal life with her husband  Vincent Kartheiser. The couple has a son. 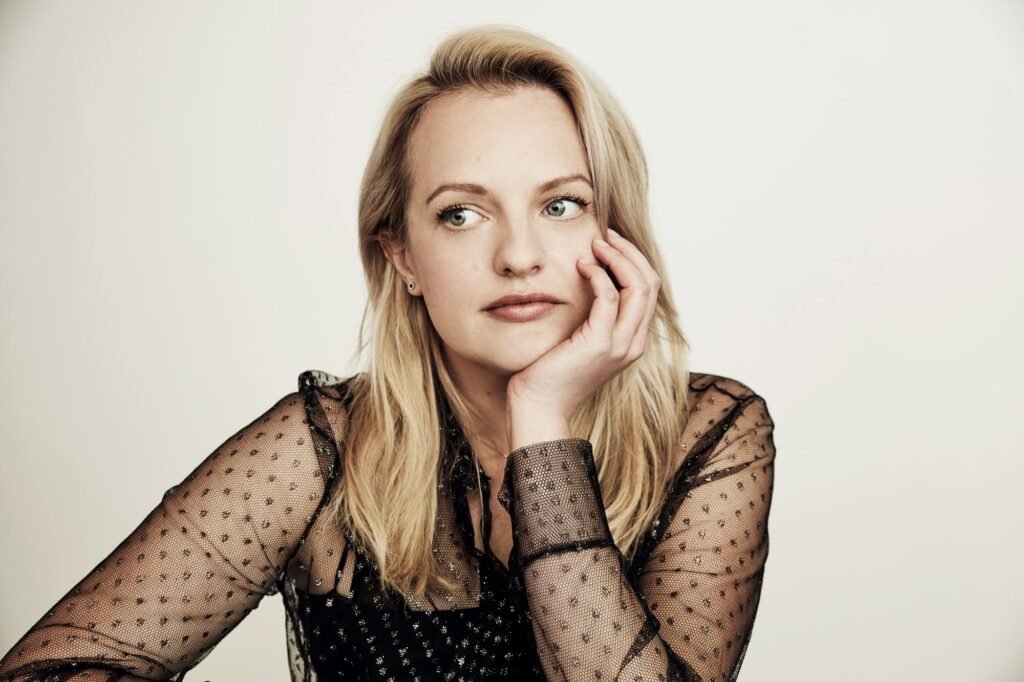 Do you remember the first time you saw Elisabeth Moss on the TV screen? Let us guess: It was probably in Mad Man, right? And she was absolutely stunning as a young woman in an advertisement agency. However, 39-years-old Moss’ acting abilities reached their peak in Handmaid’s Tale cast as she carries the heavy burden of the show as the main protagonist. 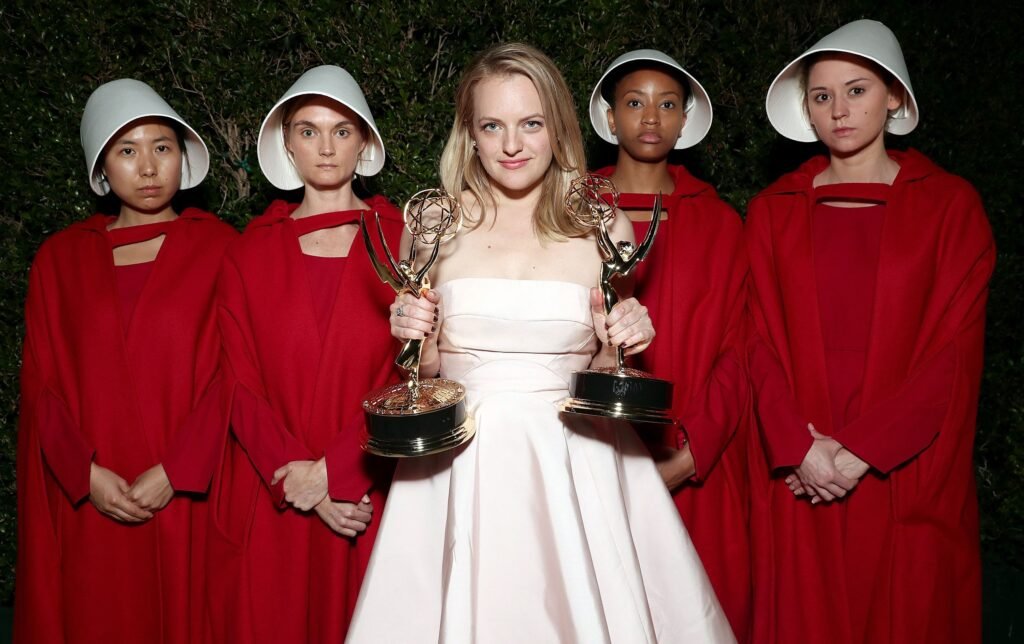 Such success, expectedly, has an impressive impact on her pocket as well. Moss, who was initially making $175,000 per episode, currently receives $1 million per episode, making her the highest-paid actress in the Handmaid’s Tale cast. As one of the highest-paid actresses in Hollywood, Moss owes her achievement not only to her acting but also to her directing and executive producing of the show.

Back in 2009, Moss got married to the comedian Fred Armisen. However, the couple got divorced after only two years. Still, Moss previously expressed that if she meets the right person, she would be willing to remarry. 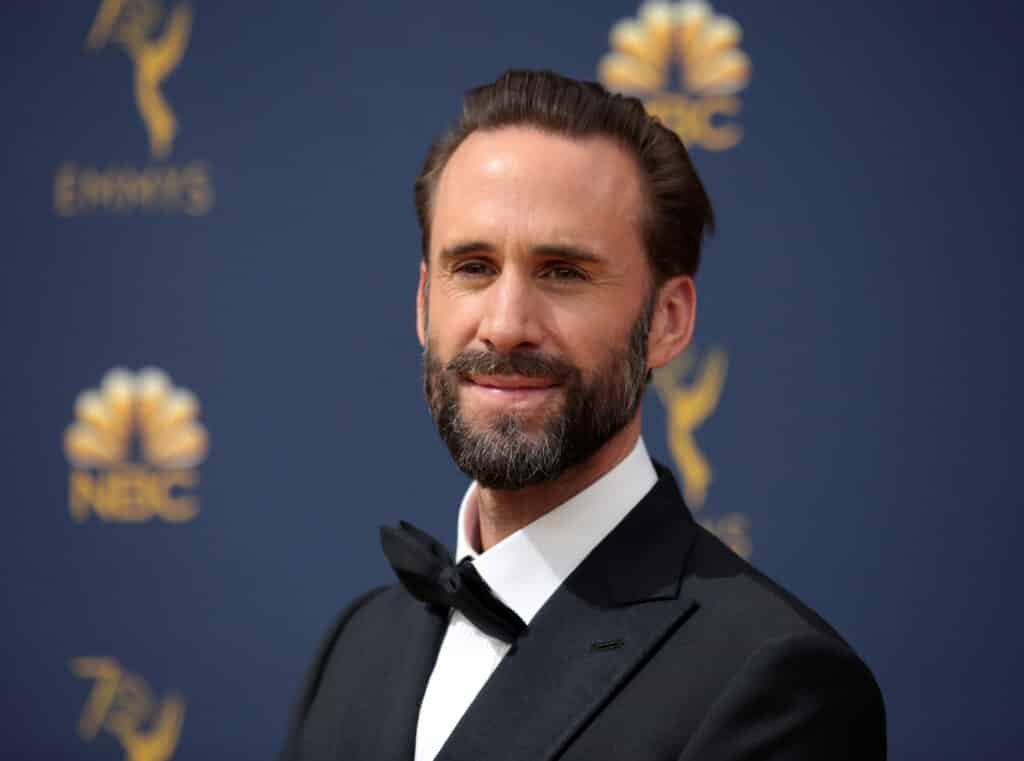 There is no doubt that the Fiennes siblings are Hollywood royalties at this point. They are good-looking, smart, talented, and seem to handle any role without any major difficulties. Handmaid’s Tale cast is lucky enough to have a hold on one of them, namely, Joseph Fiennes (a.k.a. Voldemort’s brother), who delivers the part of Fred Waterford with absolute perfection.

The English actor is 51-years-old and known for his ability to portray versatile roles. Especially his success in delivering historical figures made him one of the go-to names when it comes to period-based productions. Some of his prior projects are Shakespeare in Love, Luther, and Elizabeth. His net worth is estimated to be around $10 million.

Back in 2009, Fiennes married María Dolores Diéguez. The couple has two daughters. 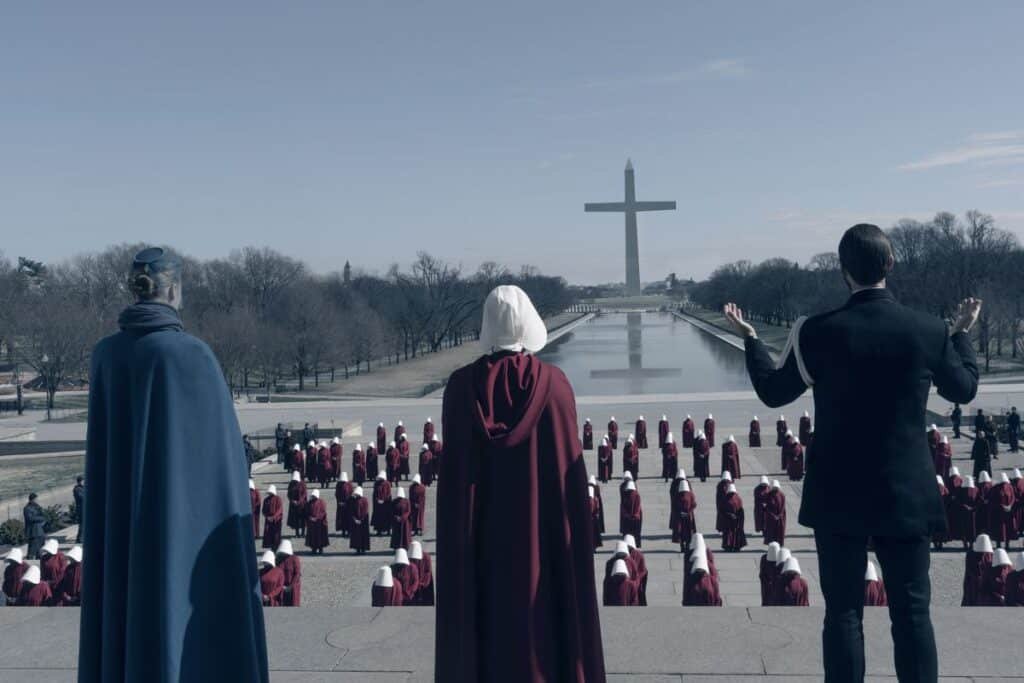 Some of the main locations of Handmaid’s Tale filming are Toronto, Hamilton, and Cambridge.

Where is The Handmaid’s Tale filmed?

In Handmaid’s Tale, the fugitives of Gilead escape to Canada, which puts the country into a critical position as a haven for our beloved characters. Interestingly, in reality, even Gilead itself is being filmed in Canada. Some of the main locations of filming are Toronto, Hamilton, and Cambridge. In fact, Toronto City Hall is one of the most used locations in the entire series.