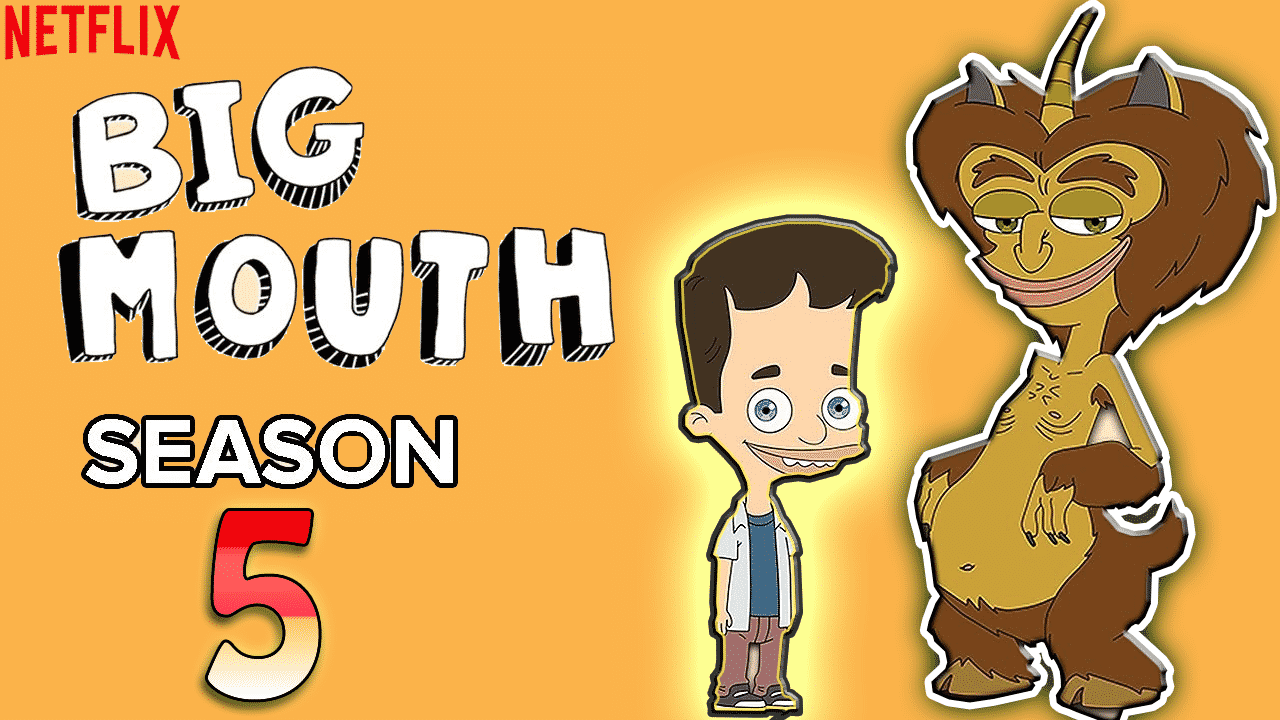 We adore the characters of the Big Mouth. They all have different kinds of personalities. For the ones who do not know what the Big Mouth is, let us explain briefly. Big Mouth is an animated comedy that is based on the struggles of puberty. The plot is shaping around a group of friends. The show has four seasons at the moment, but the show has been already confirmed for two more seasons through its incredible success.

We talked about the success of the Big Mouth. The show has an enormous number of viewers, but it is not just that. Big Mouth was nominated for many important awards such as Emmy Awards (6 times), and MTV Movie Awards. Since the situation is like this, we thought that it would be cool to inform you in detail about the characters and cast of the Big Mouth.

There are many different characters on Big Mouth. Producers and writers achieved to provide a diversified space where there are LGBTQ+ characters, people from different races, religions and etc. We appreciate it. Also, all the characters are very well scripted, animated, and vocalized. If you are ready, buckle up! Let’s dive into the cast and characters of the Big Mouth. 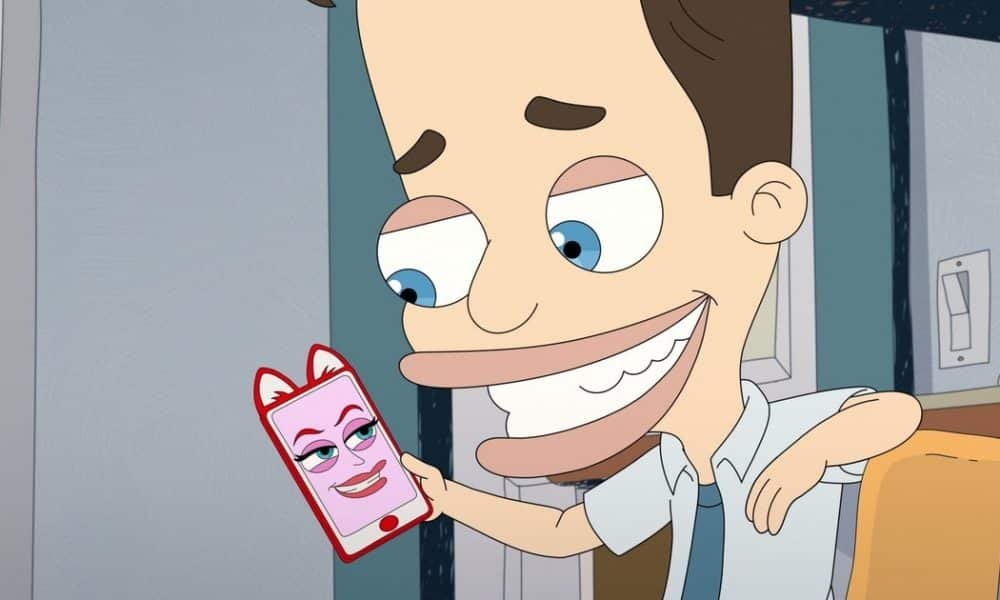 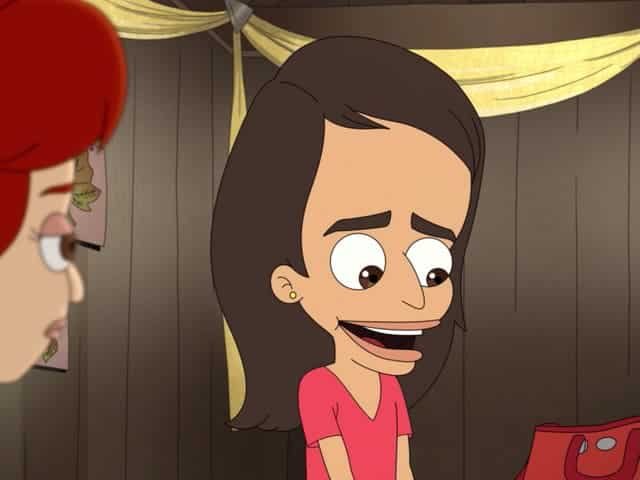 Natalie is a transgender character who used to be known as Gabe. She is troubled and kind of nervous because of her identification issues. We see her as intolerable when people came up with a question about her gender identification. Natalie is vocalized by Josie Totah is a 20 years old trans woman. She played roles on Disney’s Jessie, ABC’s Back in the Game, and guest star in many tv series like Glee, Two Broke Girls, and New Girl. 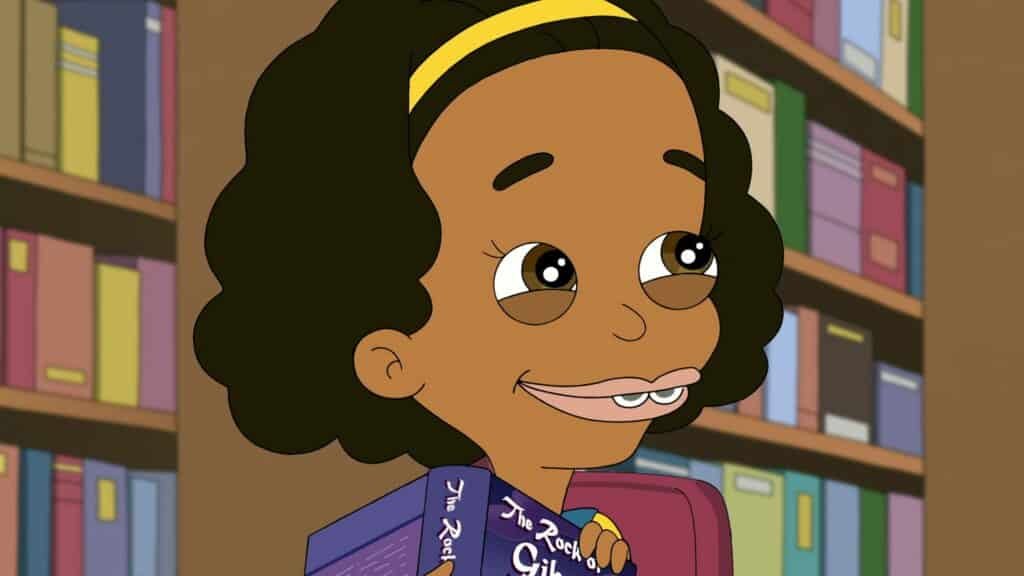 In the series, Missy is nerdy and sweet and a bit of an awkward girl. When there is a problem, she is intelligent enough to find a great solution. She is also biracial. Missy is vocalized by Jenny Slate until the Season 4 Episode 9 but with the Black Lives Matter action, the production decided that it is fairer to cast someone who is black to vocalize Missy. So, 26 years old Nigerian Comedian Ayo Edebiri has started to vocalize Missy. 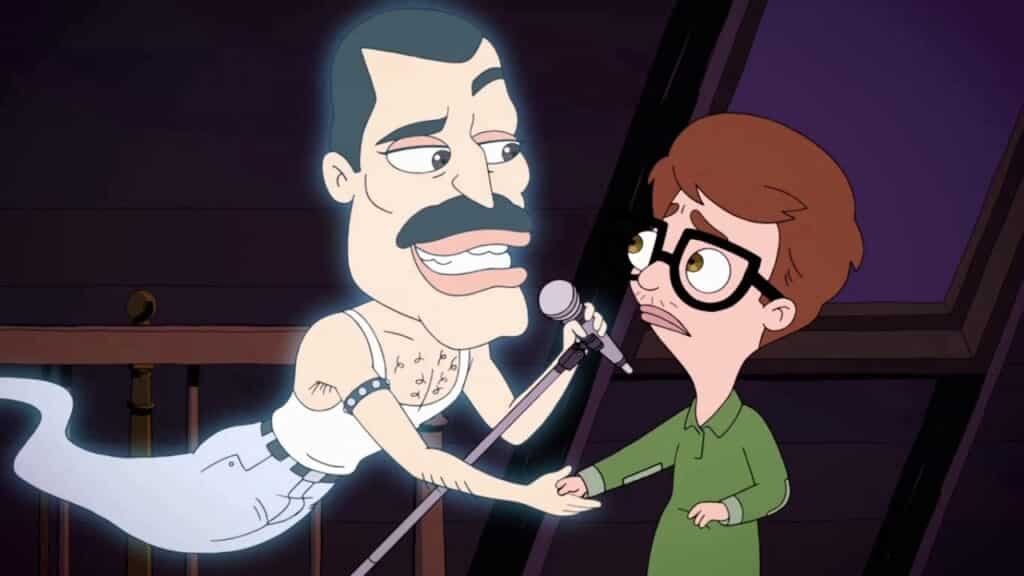 We think everyone knows who Freddie Mercury is but Let’s talk about his appearance on Big Mouth. The character of Freddie Mercury is animated on three episodes of Big Mouth. The first episode is “Am I Gay?” which is the third episode of season one. He was on our screen as the ghost of himself with two other gay characters, Socrates and Antonin Scalia. His singing voice is vocalized by Musician Brendan McReary and his speaking voice is vocalized by famous American actor Jordan Peele. 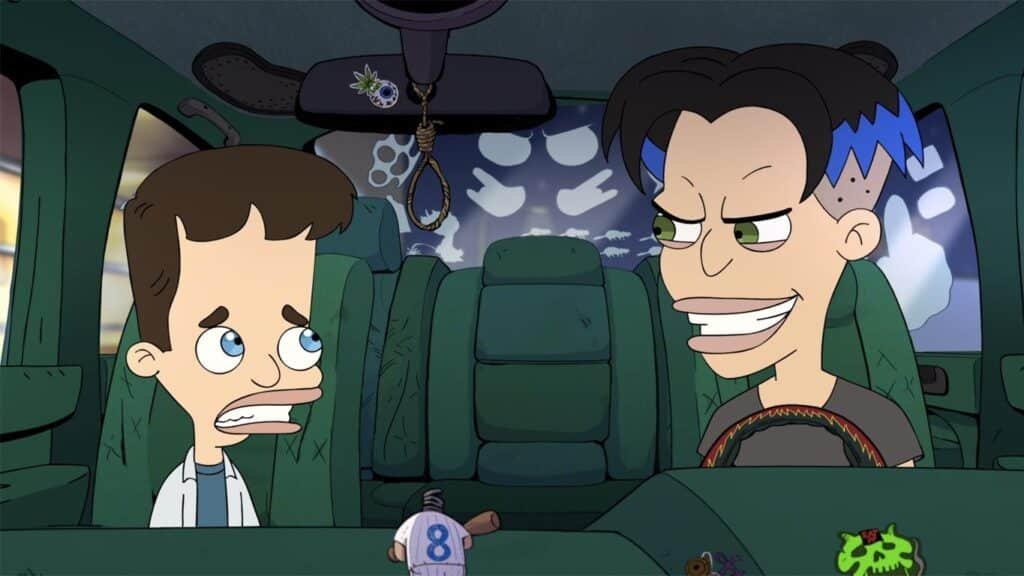 We are seeing Judd Birch as the supporting character on Big Mouth. Judd has a very dark personality. He has a goth-ish appearance and he all the time disobeys his family and he prefers to be alone. He is also the older brother of Nick. Also, his best enjoyment is insulting his brother Nick. Jon Daley is vocalizing the character of Judd Birch. 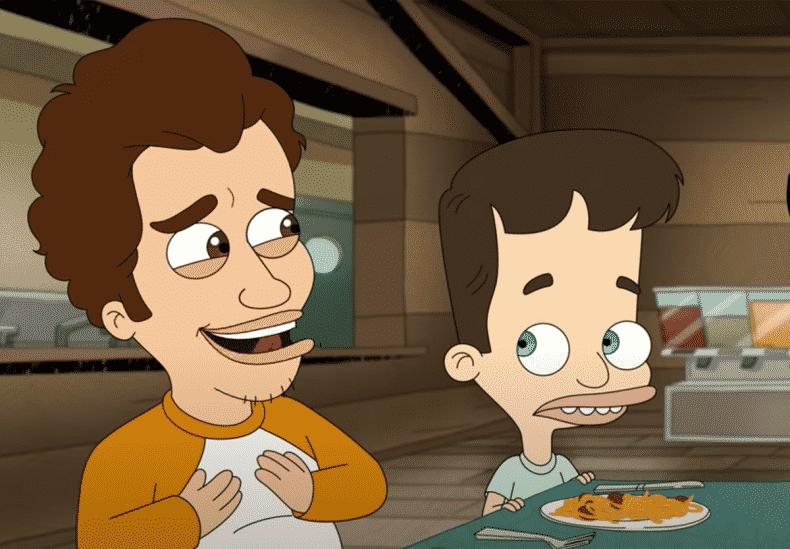 Seth Goldberg has been friends with Nick for a long time. His first appearance is on the episode of “The New Me” which is the first episode of season four. He is Jewish. The character of Seth Goldberg is vocalized by Seth Rogen who is a Canadian-American actor and comedian. The 39 years actor is best known for his projects like The End, Superbad, and Pineapple Express. 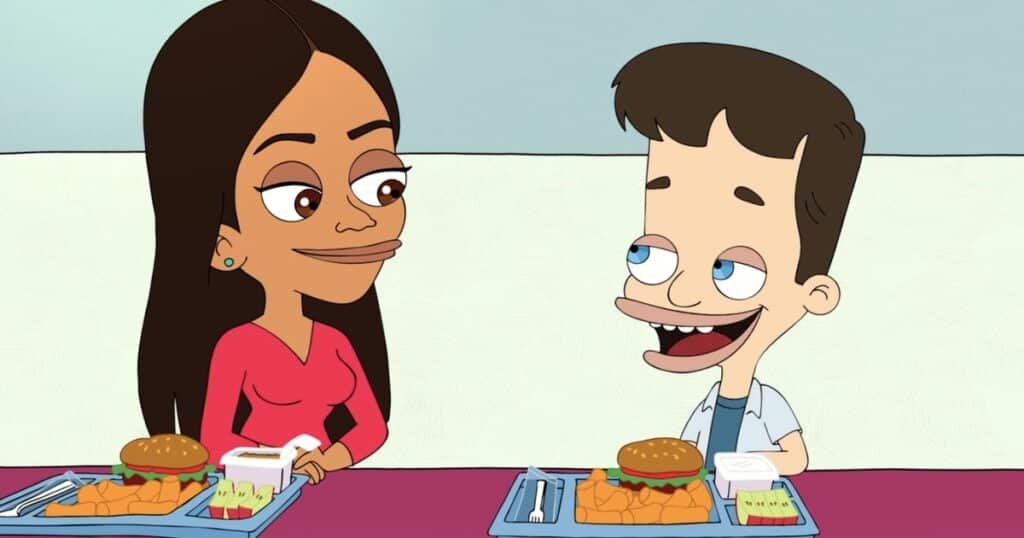 Gina Alvarez was on our screen in the second season’s second episode of Big Mouth. She is a brilliant girl. She likes socializing but she does not like other people’s thoughts or comments about her body. Her only goal is to build up actual friendships. Gina Alvarez is vocalized by Gina Rodriguez who is a 37 years old American actress. She has been known best for her lead role in the famous series, Jane the Virgin. 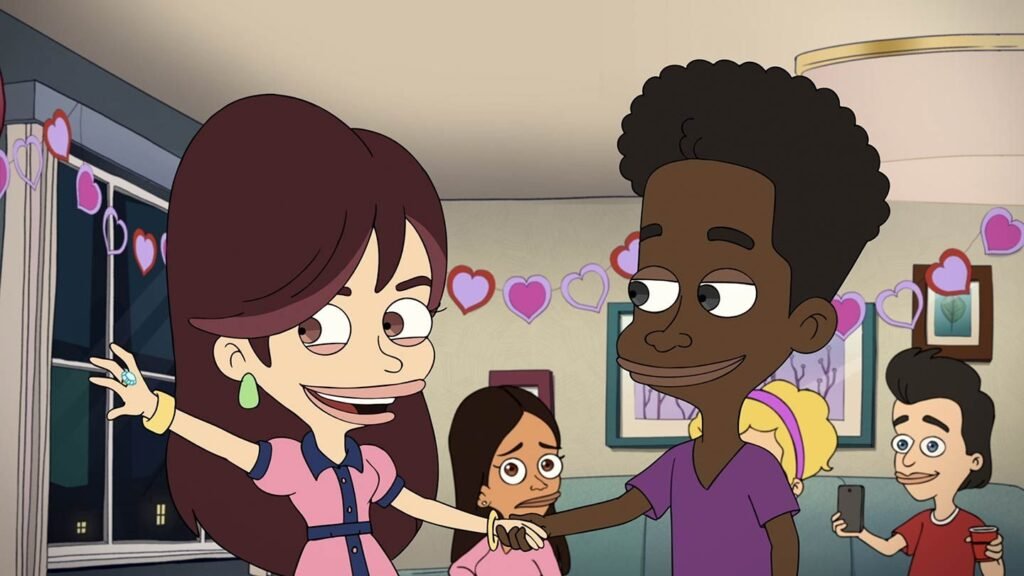 DeVon is a character who has a great personality. He is a cool and nice person. He interacts well with his family. His first appearance was on the first season’s second episode of the Big Mouth. He is a friend of Nick and Missy. DeVon is vocalized by writer and actor Jak Knight. Besides vocalizing DeVon, he is also consulting producer and writer on the Big Mouth. He is also known as the writer of the amazing series, Black-ish. 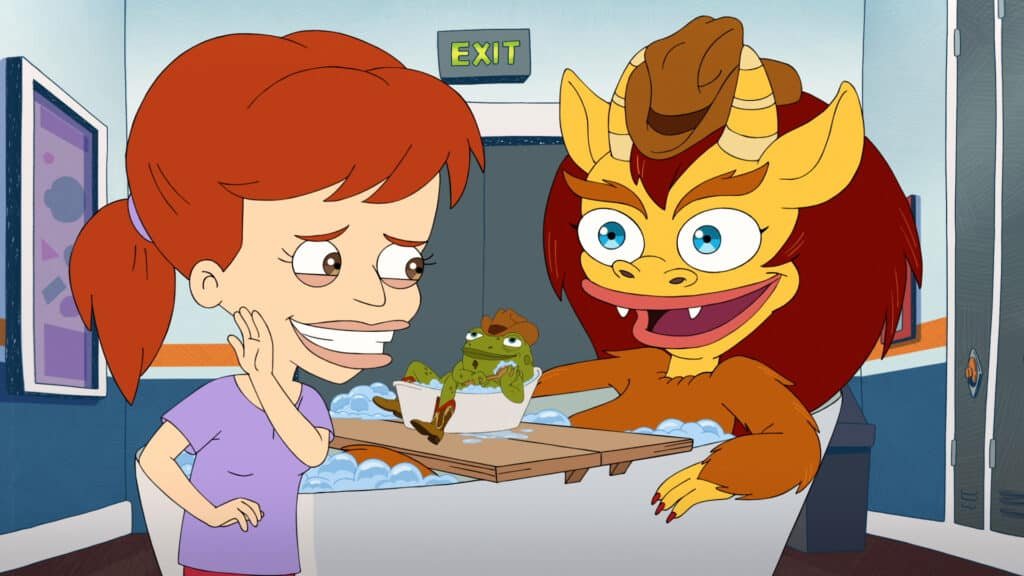 A scene from the Big Mouth Season 4

Above, we informed you about the general cast. Since we know that season 5 of the Big Mouth is on the way, we would like you to catch up with the Season 5 Voice Cast of the Big Mouth. Let’s find out who will be there and who will not.

So, there will not be a big change in the cast of the Big Mouth. Almost everyone will continue to vocalize. That means we will be with John Mulaney, Nick Kroll, Fred Armisen, Mary Rudolph, Jordan Peele, and Jessi Klein. As we mentioned while informing you about the character of Missy, the vocal of Missy changed in season 4. We will continue to hear the voice of Ayo Edebiri as Missy.