He is a book nerd, hopeless romantic, stalker, and, finally, killer. Could you ever imagine such a combination of character traits in a single human being? We certainly could not. And yet, here we are, eagerly anticipating what You Season 3 will present to us.

Starring the best of Gossip Girl, Penn Badgley, the You is on Netflix and with only two seasons, managed to keep us on our edges with every single episode. Badgley is portraying the character of Joe Goldberg, an obsessive, possessive, and narcissistic New Yorker with, probably, antisocial personality disorder. He is obsessed with the idea of one true love and pretty good at convincing himself he found the one – multiple times. Even though this obsession itself is a major red flag alone, Goldberg has – unfortunately- much to offer. His problematic and dangerous belief in “all’s fair in love and war” is truly deadly, not only for him but also for everyone around him.

Yet, his psychopathic traits do not stop us from wondering what will happen next in his bloody journey of so-called “love.” Thankfully, You Season 3 is already confirmed. And we are here to let you know about everything that is needed to be known about You Season 3. If you are a You fan, just keep on reading! 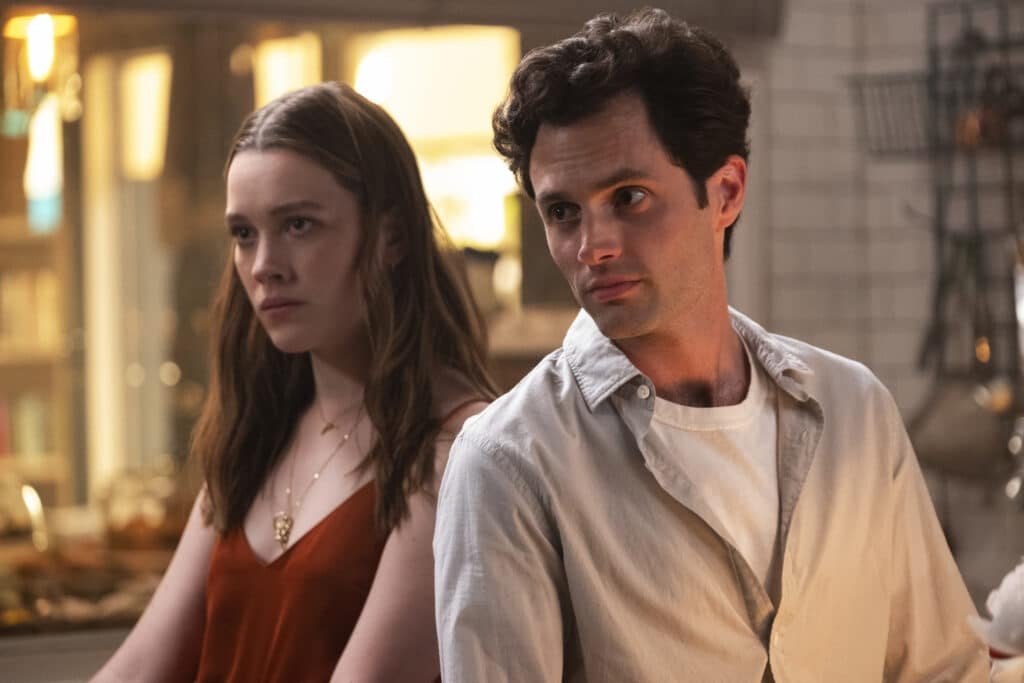 Love and Joe will be in You Season 3.

Will There Be You Season 3 On Netflix

Yes! Netflix recently confirmed that a new season is on the way. In fact, even the filming is officially wrapped up for  You Season 3. 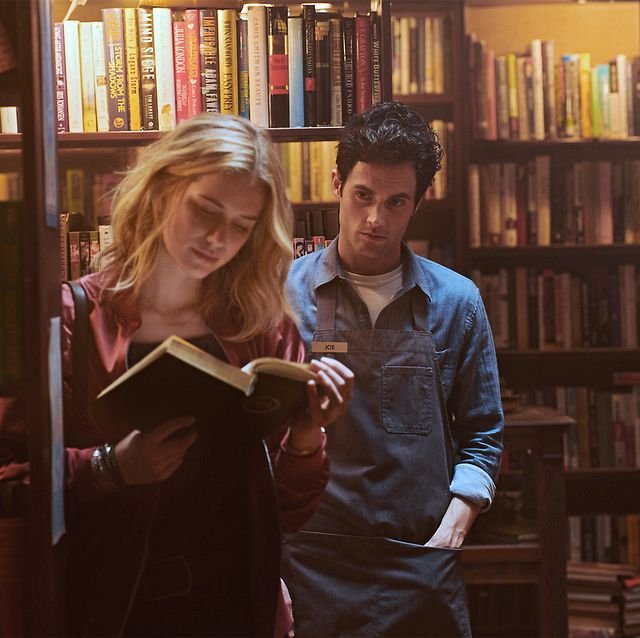 Joe is played by Penn Badgley.

Is You Season 3 Cancelled?

A big fat no! You Season 3 is coming stronger with more twisted stories. 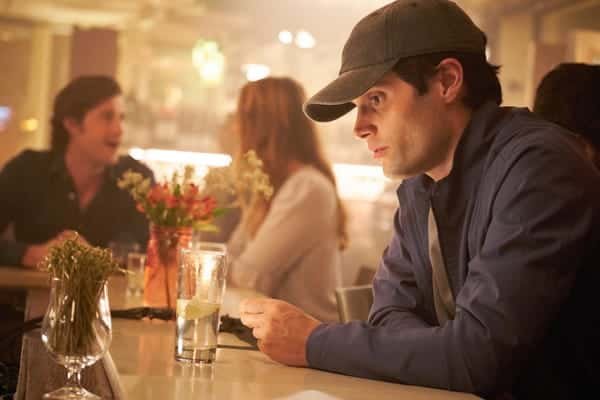 Joe is a narcissistic psychopath who is obsessed with the idea of love.

You Season 3 Release Date and Trailer

Despite the lack of a release date, for now, Netflix has confirmed that the  You Season 3 will be aired in the last three months of 2021. Since it’s been almost 2 years after You Season 2 has ended, we, as the fans, cannot wait for the You Season 3 to be released. While waiting for the  You Season 3, a trailer would have been a nice gesture. Yet, there is no sign of such a release as of yet. 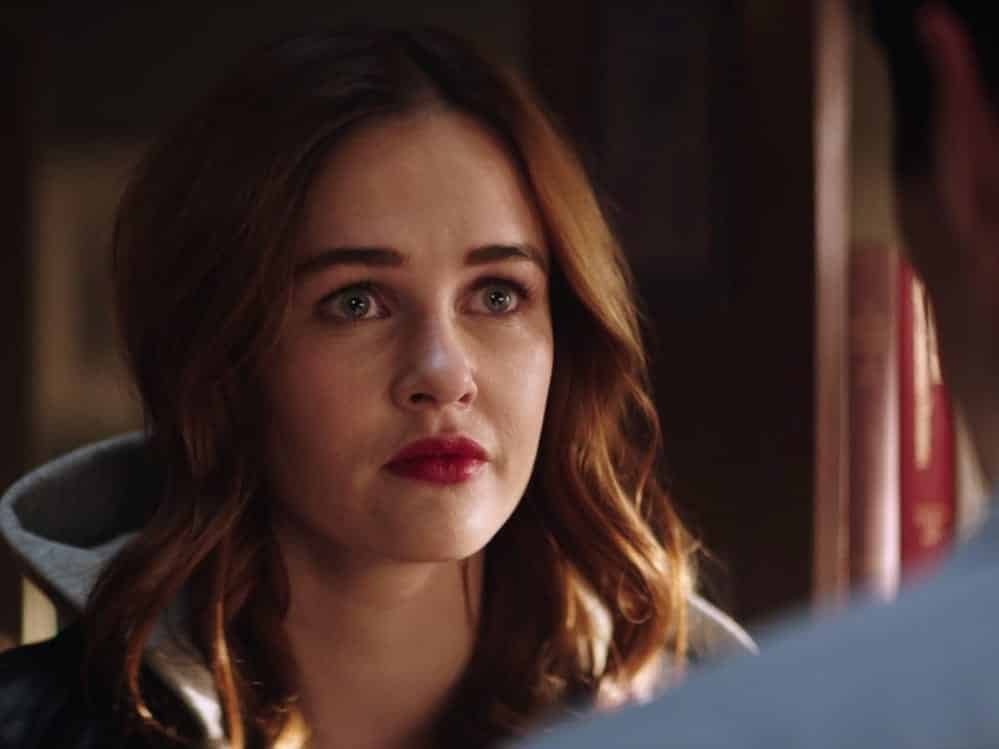 Candace is Joe’s ex-girlfriend who managed to escape from him without being killed.

Well, Badgley is the stable figure in the series. So, of course, he will be returning for the You Season 3 as well. Another returning character will be his girlfriend, Love, played by Victoria Pedretti. Love’s mother, Dottie, played by Saffron Burrows, will also be there.

Apart from our regulars, we also have some new members to the You Season 3 cast.  Tati Gabrielle will appear as Marienne, the librarian neighbor, while Dylan Arnold will be added to the cast as Theo, a college student. 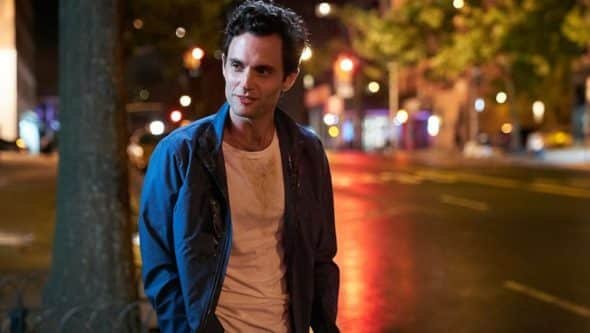 Joe – somehow – gets away with every murder he commits.

Shannon Chan-Kent will be there as Kiki, who is a local gossip, and Christopher Sean will join the crew as Brandon, Kiki’s husband. Chris O’Shea will play the part of Andrew, a stay-at-home dad as his husband, Jackson, will be portrayed by Bryan Safi.

Ben Mehl will be there as Dante, a librarian, while Mackenzie Astin will portray Gil, who is a  geology professor. Last but not least, Ayelet Zurer is playing Dr. Chandra, a couple’s therapist. 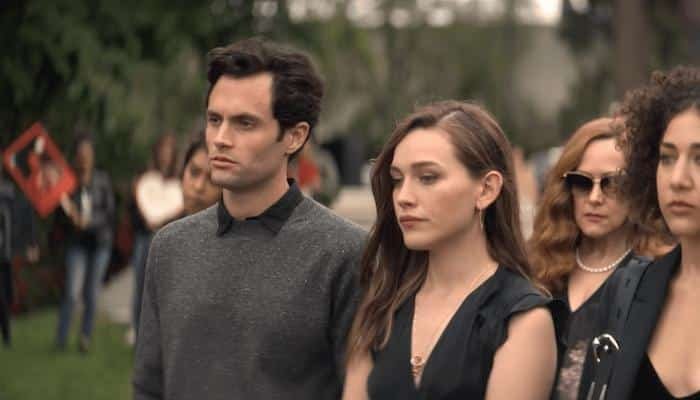 Joe is with Love now, involuntarily.

You Season 3 Plot: What happens in Season 3

You Season 2 had a surprising ending, where Joe (involuntarily) ended up with Love and yet, had his eye on their new neighbor, whose face we did not see. Thus, in Season 3, we expect Joe’s multiple interactions with this mysterious neighbor. What will Love’s response to such interactions is yet another storyline we can expect to develop. Besides, we will probably discover more about Joe’s relationship with Candace and what her unfinished business with Joe was. Another clue from the You Season 3 is the fact that there will be many flashbacks exploring Joe’s oast.