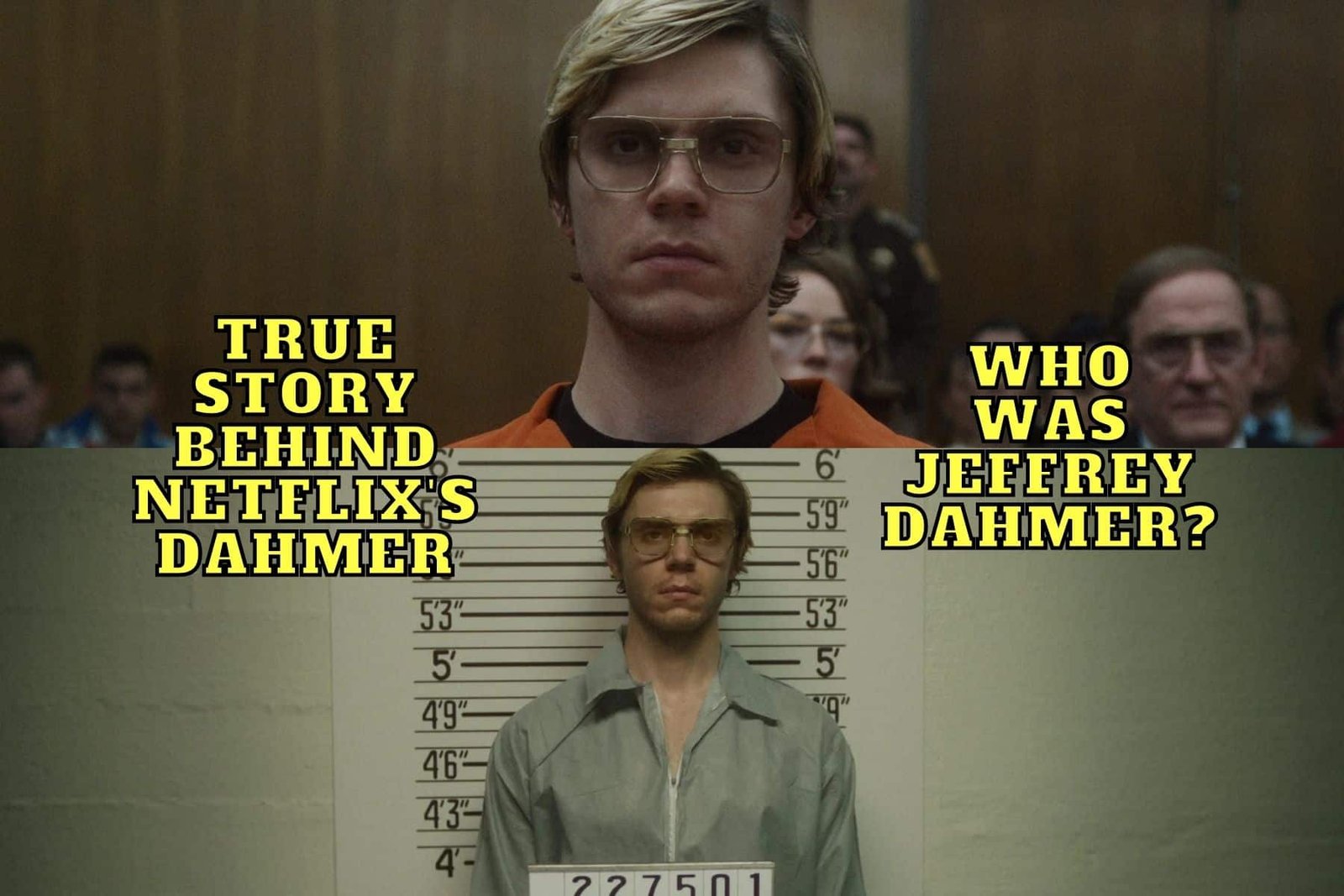 True Story Behind Netflix’s DAHMER! - Who was Jeffrey Dahmer?

Netflix’s Dahmer – Monster: The Jeffrey Dahmer Story,  a biographical crime drama based on the murders of Jeffrey Dahmer, came out on the platform on September 21. The series is co-created by Ryan Murphy and Ian Brennan and stars Evan Peters as the titular character. The series is another addition to many works focusing on the life and crimes of the infamous serial killer, who was sentenced to 16 life sentences for sexually abusing and murdering 17 boys and men.

Many true crime lovers will wonder how much of the series is actually based on a true story. We are here to answer the question.

Is Dahmer Based on a true story? 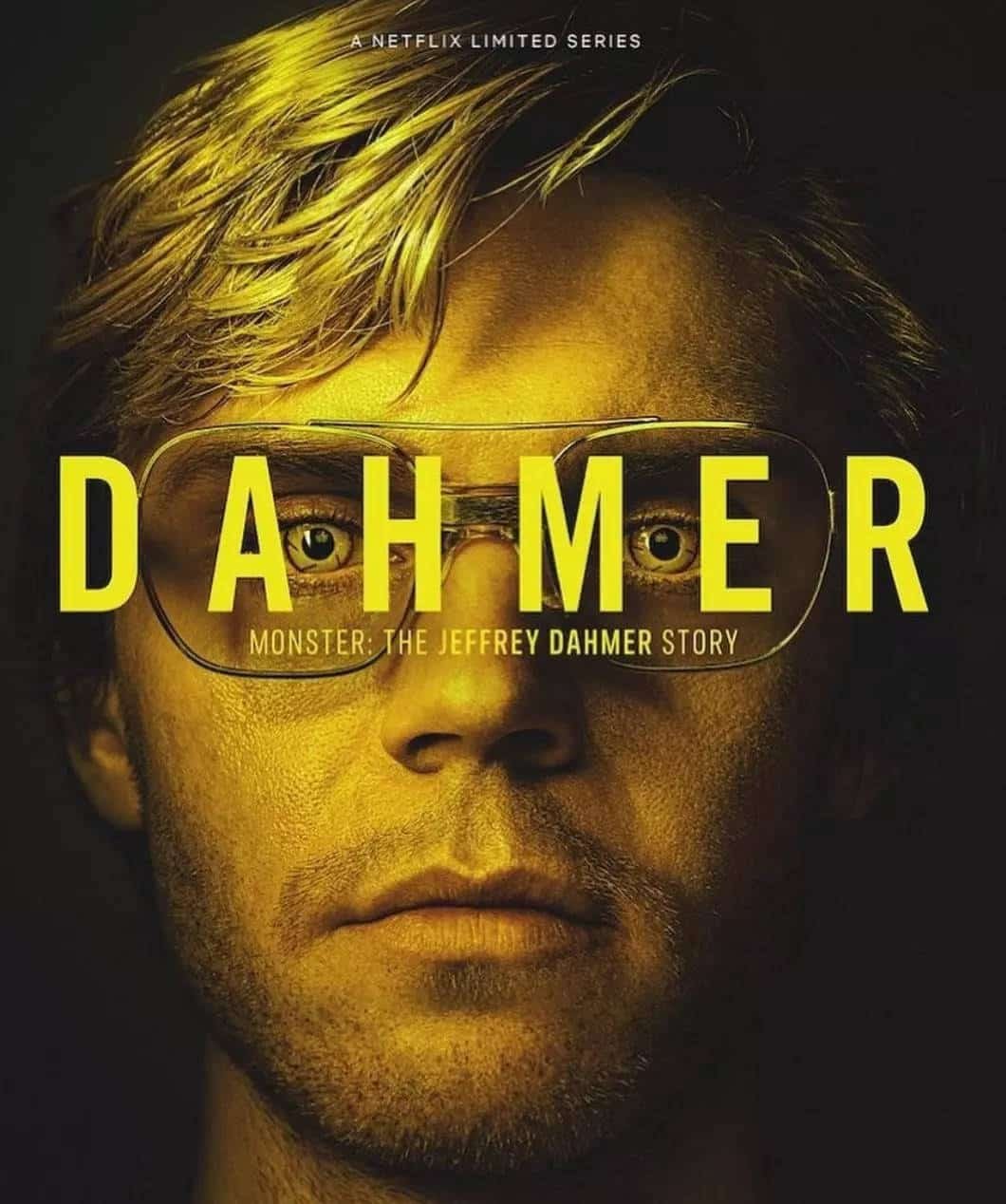 Is Dahmer Based on a true story?

Yes, Netflix’s Dahmer is based on a true story. After getting arrested in July 1991, Dahmer confessed to killing 17 boys and men with detailed accounts of how, when, and why he committed the crimes. He also gave interviews with different sources and was very forthcoming and open with his motives as he shared them readily.

Dahmer confessed how, from 1978 to 1991, he killed 17 young men. He killed 3 of his victims in his grandmother’s house. The 12 of them were killed in Jeffrey’s own apartment. His 1st 2 victims were murdered at his parents’ house, and 1 was killed at a hotel. Dahmer mostly drugged and strangled his victims, although in a few cases, he injected hydrochloric acid into their skulls. He usually had sexual intercourse with the corpses and sometimes ate their body parts. He also preserved the body parts of most of his victims, like their skulls and skeletons.

Since Dahmer detailed every one of his murders, the show creators had a lot of material to look at. So, yes, the series is based on a true story. This doesn’t mean you should expect a documentary-like experience. Netflix’s Dahmer is still going to be a drama series. And not every moment of Jeffrey Dahmer is known, so the writers had to take creative liberty at some point. It is still safe to say that the main characters are based on people who lived/still live in real life.

You can expect a realistic series with a few fictional elements. However, if you’re still wondering which parts of the series are true or not, you can check the internet since there are many reliable sources on Dahmer and the murders.

Why did Dahmer do what he did? Why did Dahmer do what he did?

Dahmer was diagnosed with 3 different disorders: borderline personality disorder, schizotypal personality disorder, and psychotic disorder. Yet, he was found legally sane at his trial, although his lawyers insisted that he needed treatment, not incarceration. The things in Dahmer’s life seemed to go off the rail in high school when his family started to fall apart. Dahmer became an alcoholic at a very young age, and according to his family, he would gather animal carcasses from the streets starting from a very young age.

When he was graduating high school, Dahmer’s parents divorced, which seemed to have an effect on him as he committed his 1st murder only a few weeks after graduation. However, Dahmer’s problems go way back to his childhood. His father wasn’t much around during Dahmer’s childhood as he was still studying at a university. And his mother had depression. She even tried to commit suicide once. So, none of the parents devoted much time to their son, which made Dahmer have abandonment issues from a very early age.

During an interview after getting arrested, Dahmer stated that he had obsessive thoughts and urges to possess his victims permanently. He also said that he didn’t kill his victims because he was angry to hateful towards them but because he wanted to keep them with himself. That’s why he preserved the body parts of his victims. He said that he had started seeing his victims as objects of desire rather than living and breathing human beings, which made it easier for him to commit the murders.

Another motivation for him also seems to be wanting to exert control and dominance over people. He claimed that his 1st killing was not planned. He only wanted to drug and rape the man he had brought home, but when the man wanted to leave, Dahmer couldn’t control himself and killed him.

Who was Jeffrey Dahmer’s bestfriend? John “Derf” Beckderf was friends with Jeffrey Dahmer in high school, and in 2012, he published a graphic novel called My Friend Dahmer, talking about his teenage friendship with Dahmer. The book was later turned into a film in 2017, which was praised highly by critics.

Share 0
In this article:dahmer, dahmer - monster: the jeffrey dahmer story 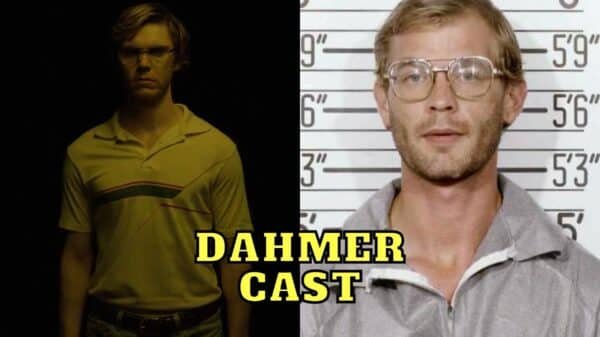 Dahmer cast sees Evan Peters taking the role of Jeffrey Dahmer, one of the most infamous American serial killers. Between 1978 and 1991, Dahmer...