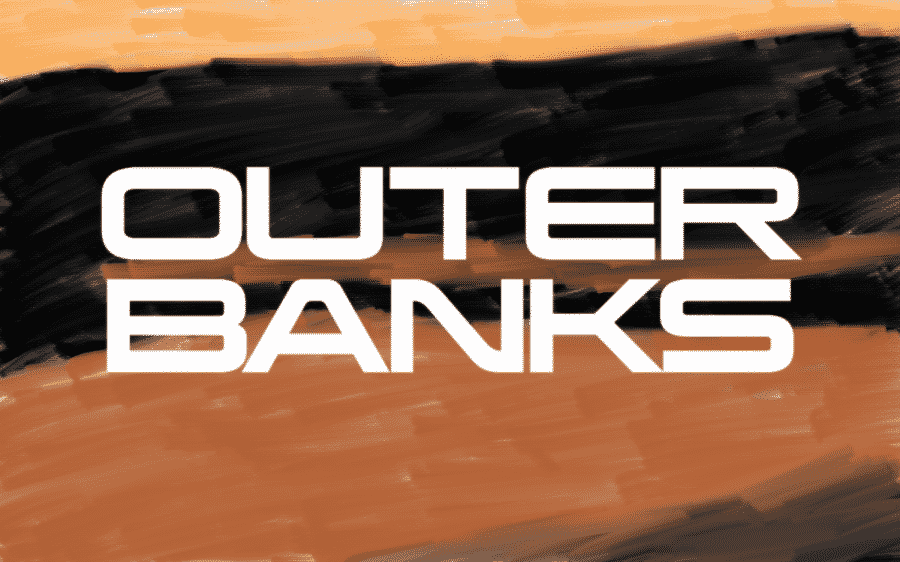 We love the cast of Outer Banks. They all are attractive, young, and impressive. Since we have already been in love with the show, it is natural for us to be curious about the personal lives of cast members. If you are also curious, hang on; We have great pieces of information for you!

We will inform you in detail about the cast of Outer Banks, but before that, let’s briefly look at the dating life of the cast. As we know, our two precious main characters have been dating since 2020. Madelyn Cline, or as we know from the show Sarah Cameron, and Chase Stokes, we also know him as John B, is in a great relationship. We look forward to seeing where that will go! 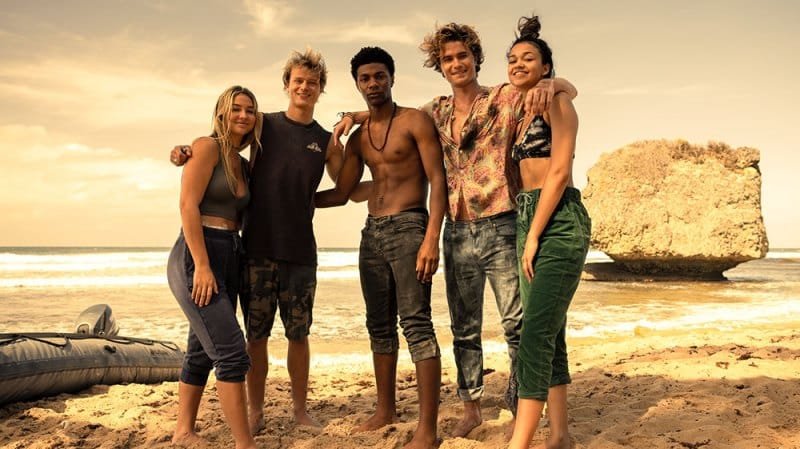 We briefly informed you about the relationship status of the two cast members of Outer Banks actors. Since we have known that Outer Banks Season 2 was released, we think it might be good to know about personal information about our other cast members too. If you are ready, keep reading to know many details about our cast members! 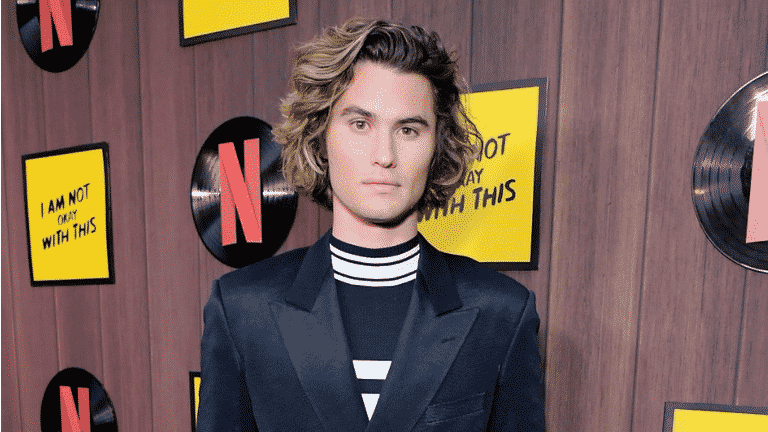 The character of John B is portrayed by Chase Stokes who is a 28 years old American Actor. He was born in Annapolis, Maryland, USA. His zodiac sign is Virgo. We know him from the Outer Banks, but the role of John B is not the first step in his career. He acted on many Tv series and movies. We saw him as Reed on Stranger Things and Martin as Dr. Bird’s Advice for Sad Poets. These are the other roles that made his career rise. We talked about the relationship status of Chase Stokes above. 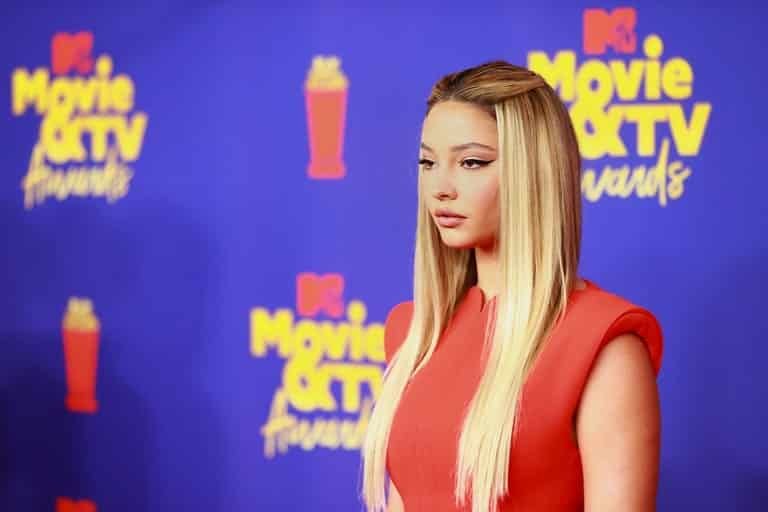 Sarah Cameron undertakes the role of Madelyn Cline on the show. She was born on 21st December 1997 in Charleston, South Carolina. The zodiac sign of the American actress is Sagittarius. Besides her character as Sarah Cameron on the show, the young actress acted on many Tv shows, short movies, and Tv series such as Stranger Things, The Originals, and Boy Erased. As we talked about above, she is in a cute relationship with another Outer Banks star, Chase Stokes. 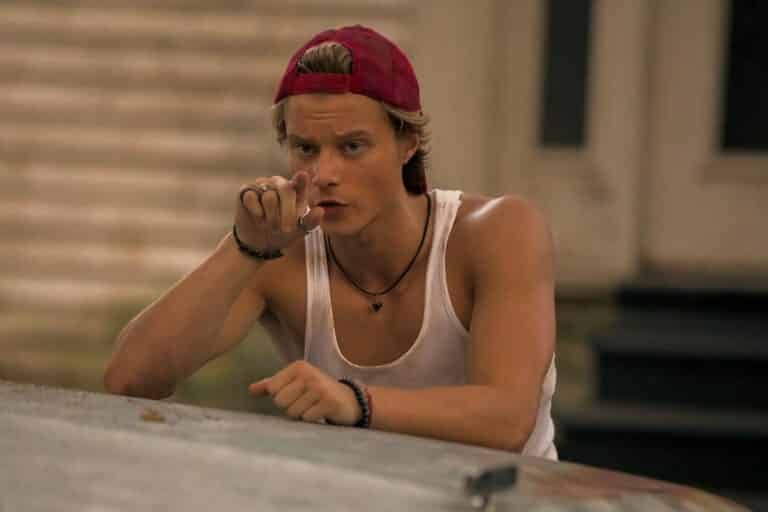 Who Plays JJ in Outer Banks?

If you have ever wondered, Rudy Pankow plays the character of JJ in Outer Banks. The 22 years old actor was born on August 12, 1998, in Ketchikan, Alaska. His zodiac sign is Leo. We all remember him as JJ, but if you watched these shows there is a chance for you to remember him from The Politician, Deviant or Muse: Thought Contagion. He successfully portrayed his characters on these shows. In addition, we have no records for the relationship status of Rudy Pankow. There is a big possibility of him being single, or he prefers to keep his dating life private. 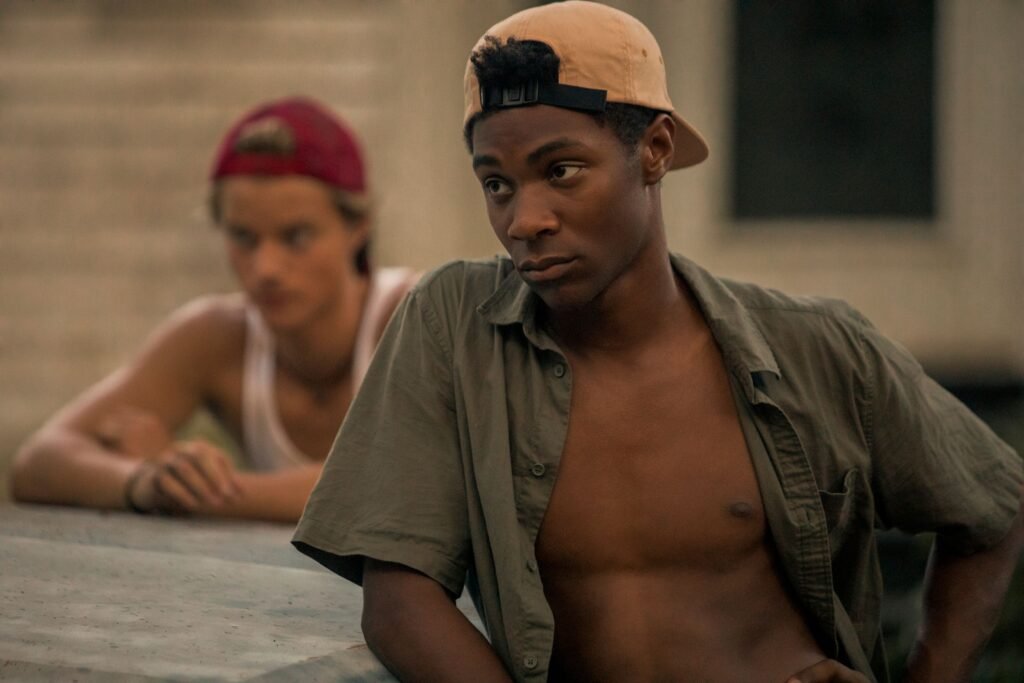 Jonathan Daviss amazed us with his acting in his role as Pope Heyward on the show. If you want to know more about him, you are in the right place. Jonathan Daviss is a 22 years old American Actor. His zodiac sign is Pisces. He was born in Conroe, Texas, USA. His other big roles for his career can be listed as Revolution (Tv Series) and Age of Summer (Tv Movie). So, we checked his Instagram to find any special person but we could not find any possible person! He is most likely single. 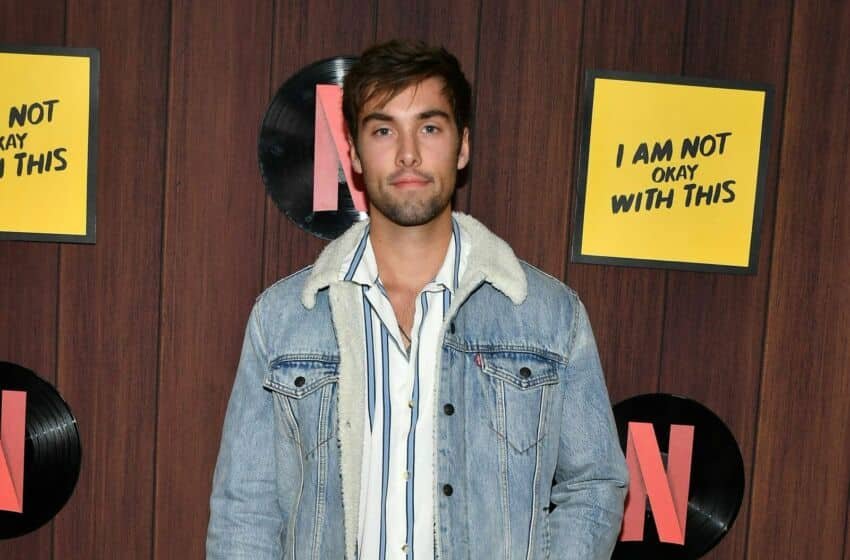 Austin North portrayed the character of Topper Thornton on Outer Banks. He is 25 years old. His zodiac sign is Leo so we assume that he has natural leadership and compassion. He is from Cincinnati, Ohio. The American actor played very successful roles in the early lives of his career such as Logan Watson in I Didn’t Do It, as Oz in All Night, and as Ricky Weaver in Disney Show Kinkin’ It. He had a relationship with Sadie Robertson in 2018 but they broke up. Since then, we have had no idea about the relationship status of Austin North. 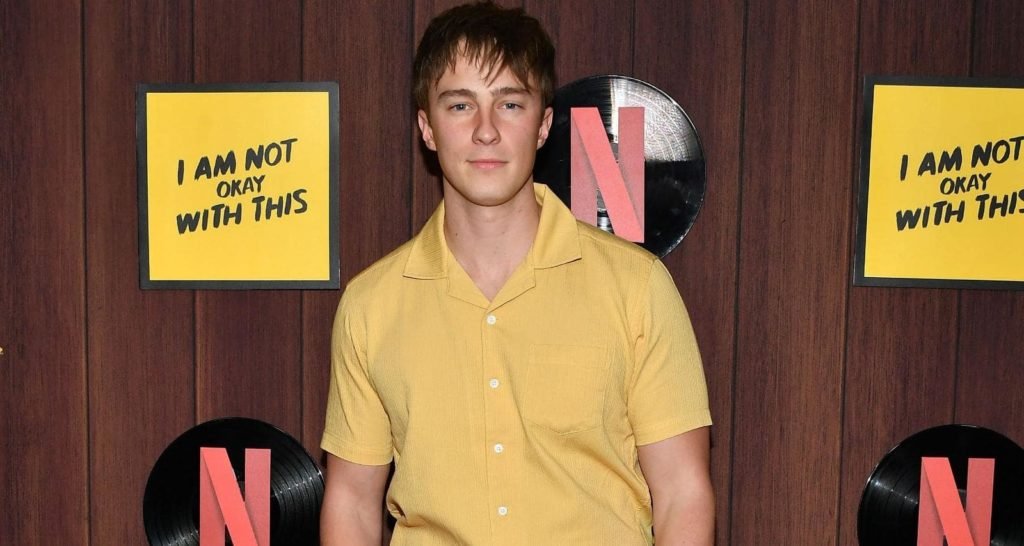 Of course, we did not forget about the eldest child of the Cameron family! The role of Rafe Cameron is played by Drew Starkey who is a 27 years old actor. He is from Asheville, North Carolina. His zodiac sign is Scorpio. He has been active in the industry since 2014. He acted on many movies and Tv series. You might remember him from the famous movies Love, Simon with his role as Garrett. Based on his social media, we assume that he is single right now. 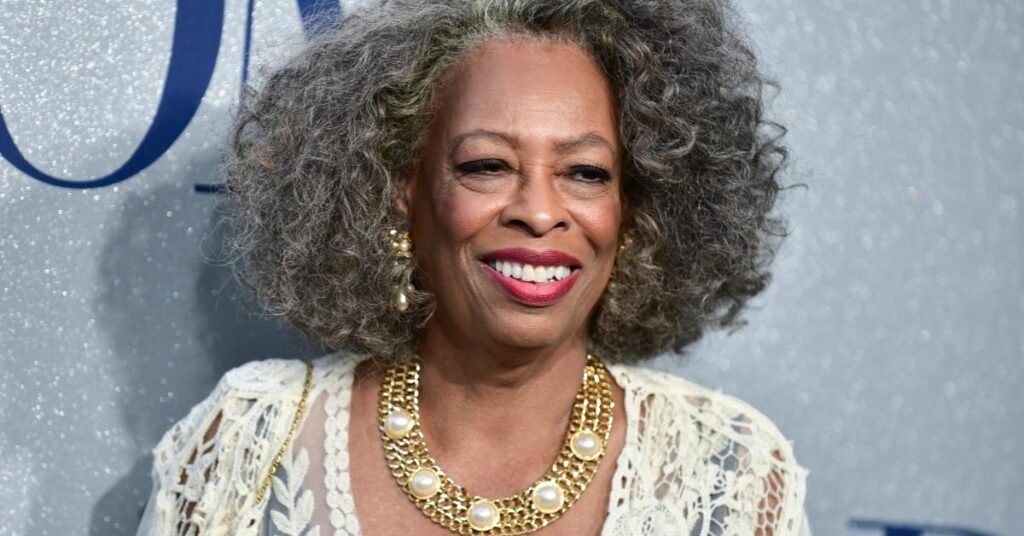 In the honor of Carol Sutton, we would like to give you some details about the successful actor. Carol Sutton played the character of Meemaw on Outer Banks, she had almost 46 years of an acting career. She was born in 1944 in New Orleans, Louisiana. She acted on dozens of projects. Unfortunately, Sutton passed away in 2020 because of the coronavirus. She will be always remembered by industry and us. 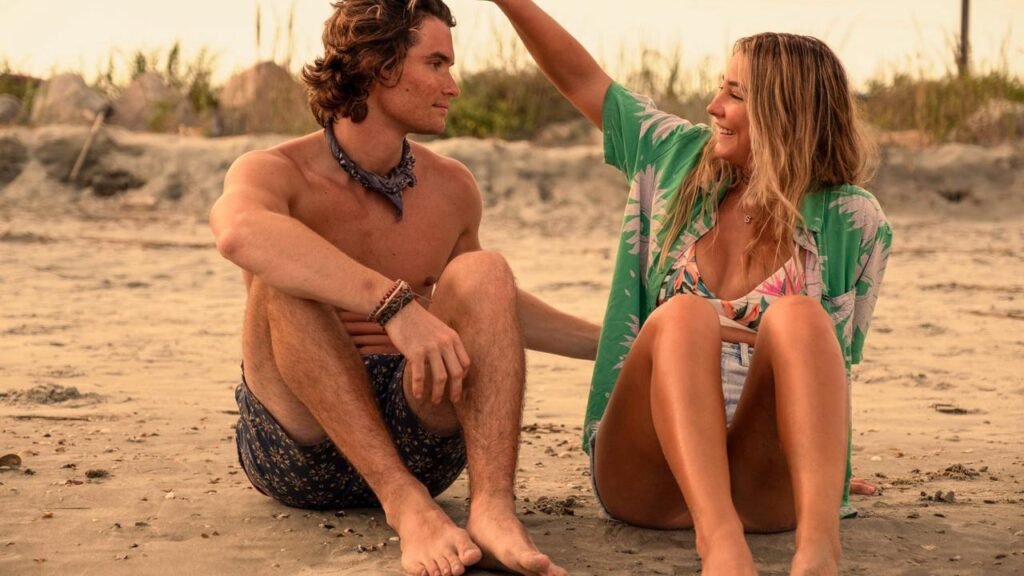 A scene from Outer Banks

Does Sarah Die in Outer Banks?

If we come to the important question which is a cliffhanger, the answer is not satisfactory. Sarah wounds by a gunshot, ends up dead in surgery but she comes back to life with CPR by John B. If you have not watch Outer Banks season 2 yet, you can binge it on Netflix. For more information about Outer Banks and other shows keep following Upcoming Season. 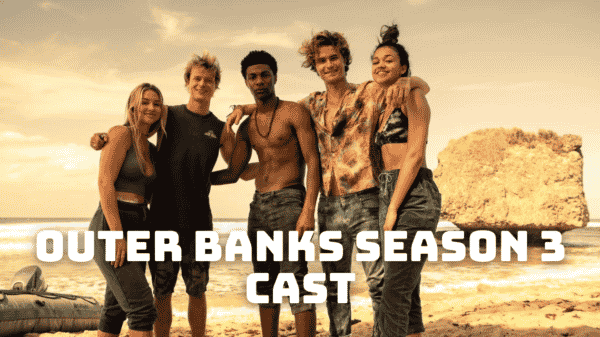 We know you’re looking forward to Outer Banks Season 3, and so are we. Even though we can’t announce the release date of the... 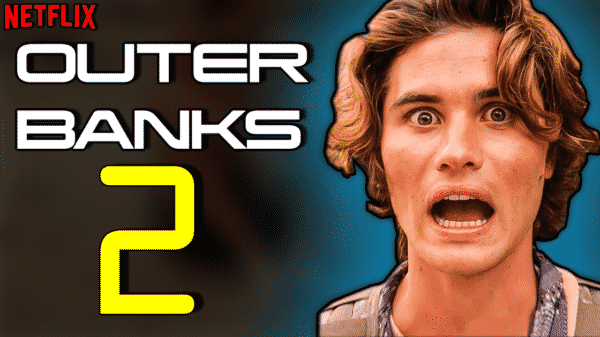 Have you watched the teen drama Outer Banks? We watched the first season and are very excited about the second. Now is the time...