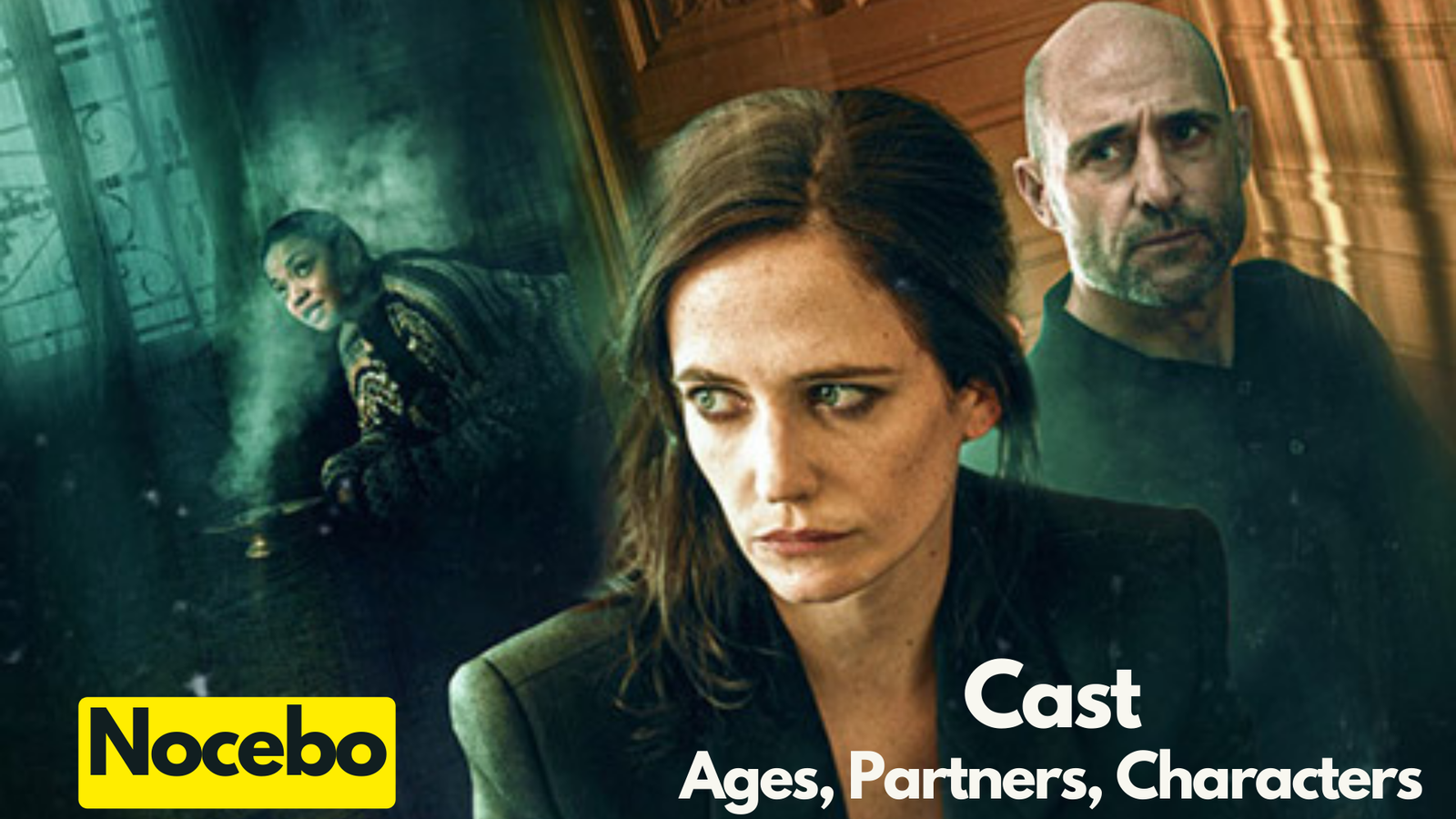 Nocebo is a thriller that comes out in 2022. Nocebo feels another kind of suspense with its subject matter. The subject of this movie is that a woman working on children’s fashion in England fell ill and could not find a cure for this disease in the medical world. The woman starts to have problems in her job and marriage because of this disease that she cannot cure. However, she catches a glimmer of hope that one day all this will pass.

The hope that the wrong woman caught comes from the Philippines. When a woman from the Philippines comes to their home as a caregiver, she offers several ways to cure her illness. The woman thinks that these treatments really work. However, later in the movie, there are elements that are confusing and full of tension about what really happened.

Nocebo is both Irish and Philippine productions. Garret Shanley is the screenwriter and Lorcan Finnegan is the director. The main cast includes famous names such as Eva Green, Mark Strong and Chai Fonacier. So who else is in the thriller Nocebo, one of the last films of 2022? 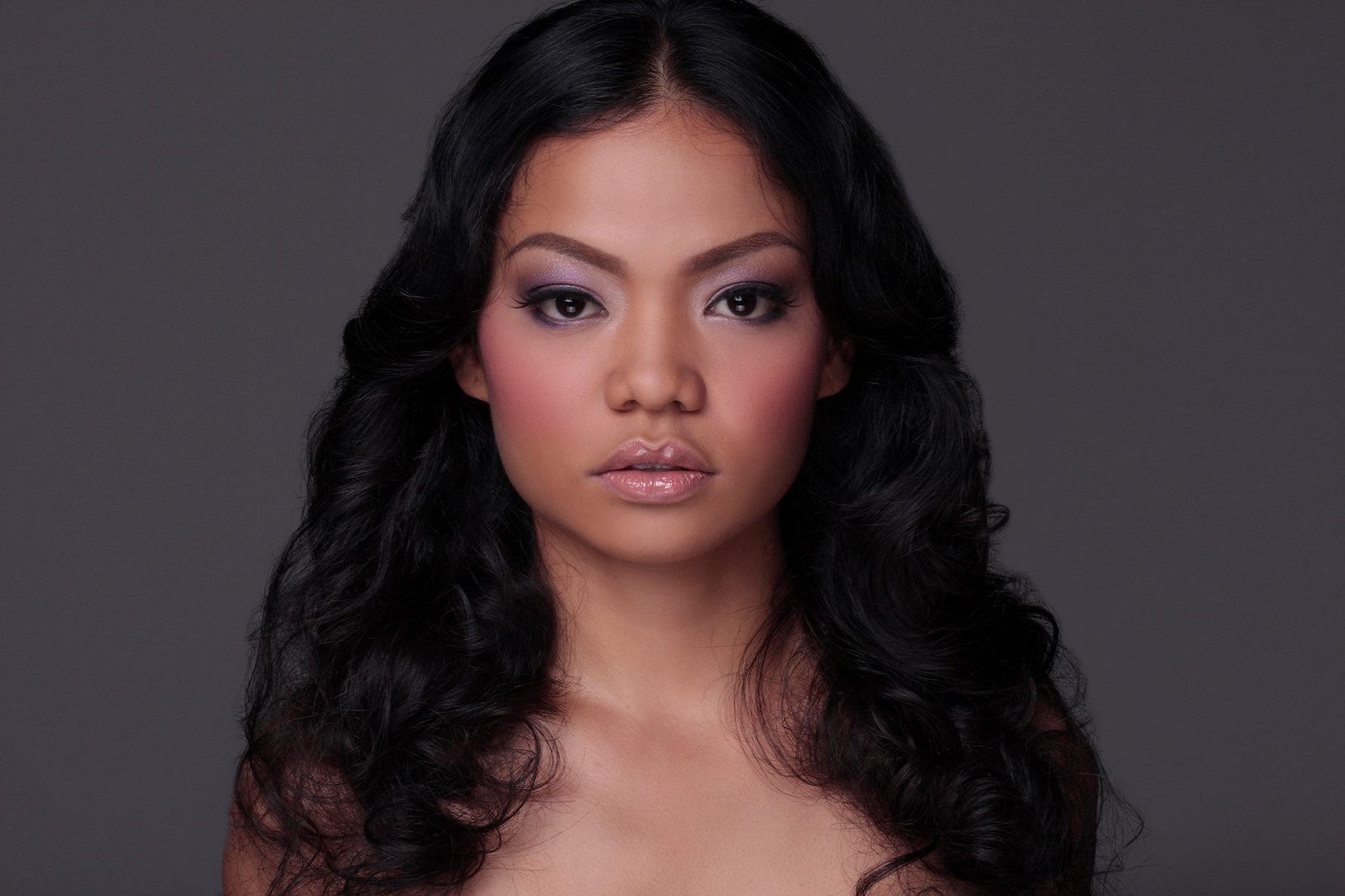 Chai Fonacier is a Filipino actress. Chai Fonacier, who is a singer, writer and songwriter besides acting, was born on December 25, 1986. Her acting career has been going on since 2007 and she is best known for the productions Jesus Is Dead, Respeto, Miss Bulalacao and Asuang. Philippine actress Chai Fonacier also takes part in the Irish-Philippine co-production Nocebo. As expected, Chai Fonacier plays the character of Diana, a caretaker from the Philippines, in this movie. Diana helps and treats Christine, who has given up hope to doctors about her illness. 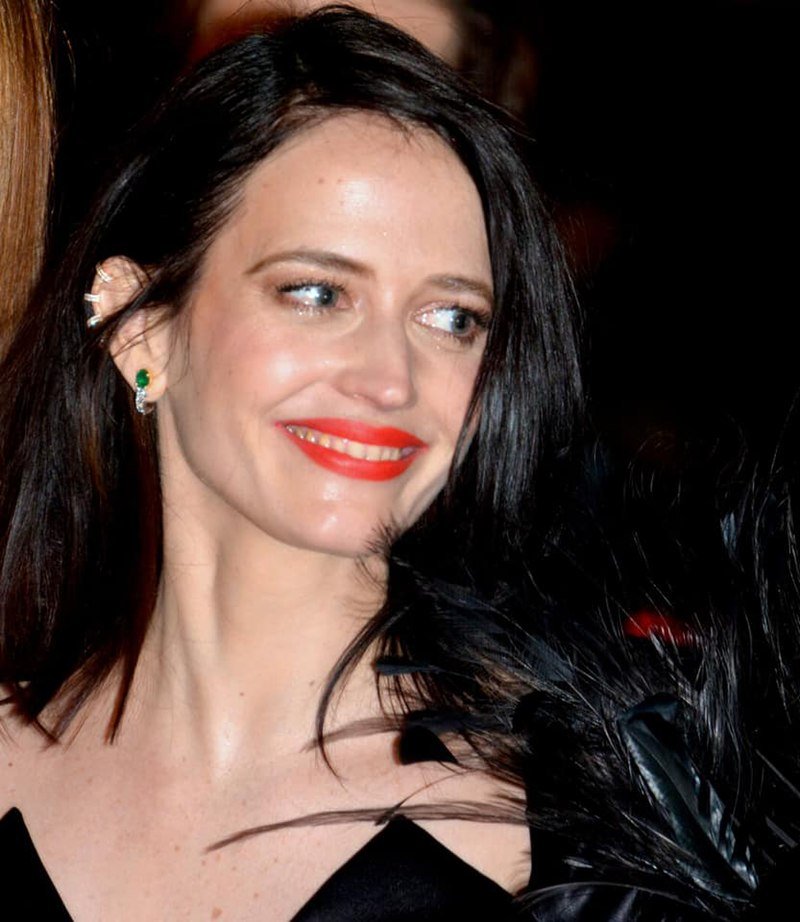 Eva Green is a French actress and model. She was born on July 6, 1980. She started her acting career in 2001 and has been a popular actress ever since. The famous actress Eva Green, who preferred to appear in both television series and feature films, drew attention with her performances in Casino Royale, The Dreamers, Penny Dreadful and Sin City: A Dame to Kill For. She also appeared in a television series called Camelot.

Eva Green took the lead role in the Irish-Philippine co-production Nocebo. In this movie, she plays the character of Christine, a children’s fashion designer. Christine suffers from an illness that she cannot understand, and due to this illness, she begins to have problems in her job and marriage. Doctors cannot cure Christine’s illness, but caregiver Diana from the Philippines helps Christine in her own local ways. The character of Diana was also played by Filipino actress Chai Fonacier. 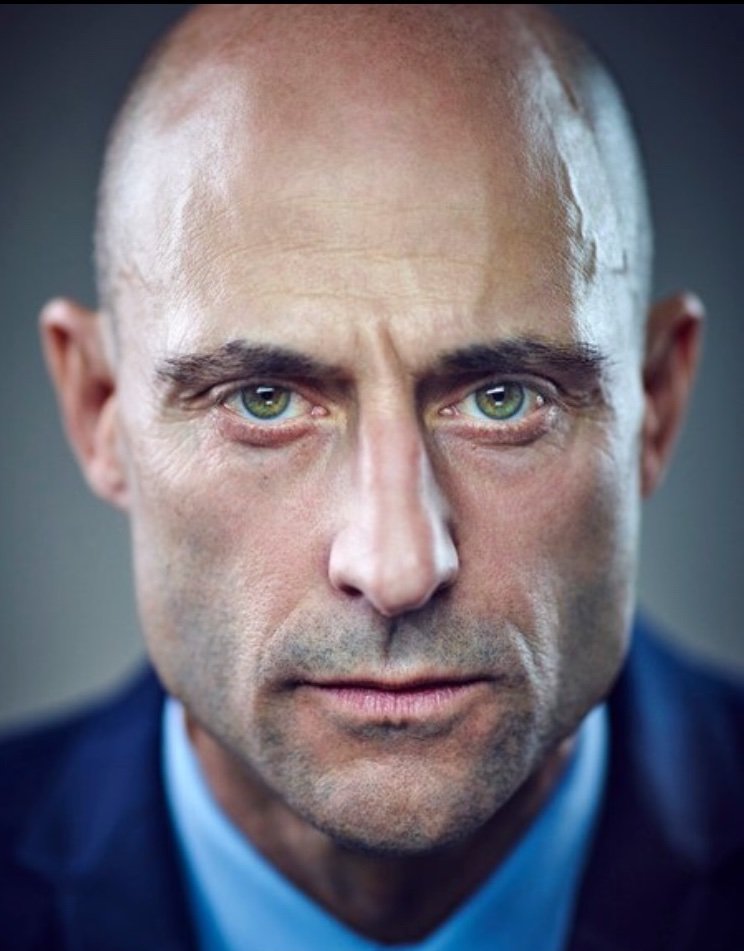 Mark Strong, real name Marco Giuseppe Salussolia, is an English actor. He was born on August 5, 1963. He has been continuing his acting career since 1989. Mark Strong, 59, 1917, Kingsman: The Secret Service, Shazam! and Zero Dark Thirty productions. He also portrayed the character of Prince Septimus in the movie Stardust, which was released in 2007.

Mark Strong co-starred with Eva Green in the 2022 thriller Nocebo. Eva Green, who plays the character of the sick woman Christine, and Mark Strong, who was a partner in the film, played Felix, Christine’s wife. Felix is ​​going through a difficult period in his marriage due to the illness of his wife, Christine. Felix becomes uneasy when Diana, the Filipino caretaker Christine hires, comes to live at home.

Mark Strong, 59, is married to television producer Liza Marshall. The couple had two children. The couple and their family live together in North London. Mark Strong has said that he has no intention of living anywhere else. Since he, his wife and his children were born here, they also want to live in North London. 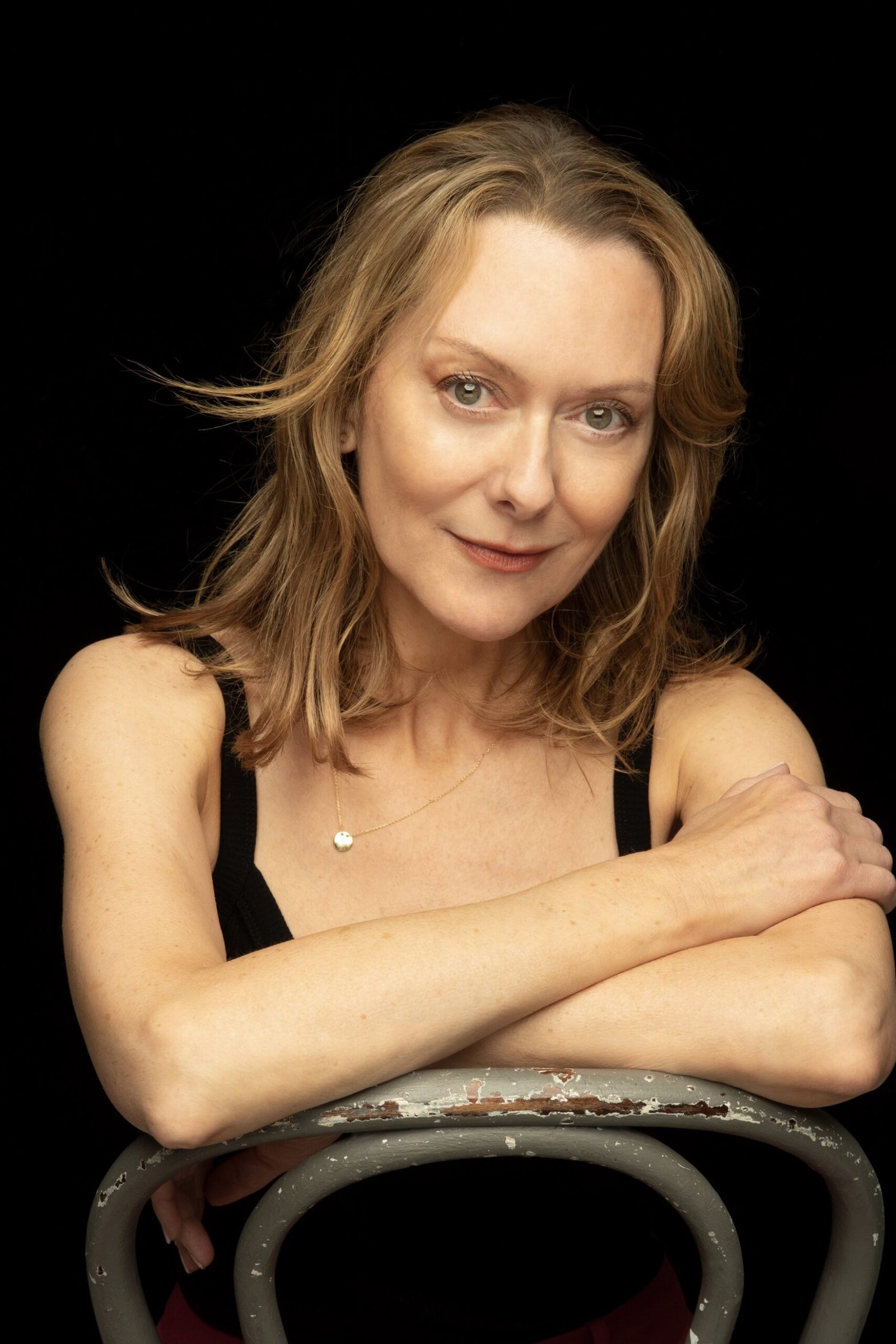 Cathy Belton is an Irish actress. Cathy Belton, who has acted in theater, television series and feature films, has also appeared in radio programs. The Irish actress has been pursuing her acting career since 1993. Cathy Belton was born on January 17, 1970. The currently 52-year-old famous actress will soon be 53 years old. Cathy Belton, who started her acting career in 1993, has appeared in dozens of television series and films until today. Her most popular productions are Philomena, Hidden Assets, Red Rock and Intermission.

Cathy Belton is an Irish actress who appeared in the Irish-Philippines thriller Nocebo. The name of the character she plays in this movie is Liz. When we look at the personal life of 52-year-old Irish actress Cathy Belton, we see that she is married. Cathy Belton, who married her husband Brian Roe in 2018, had been in a relationship for 4 years before marriage. 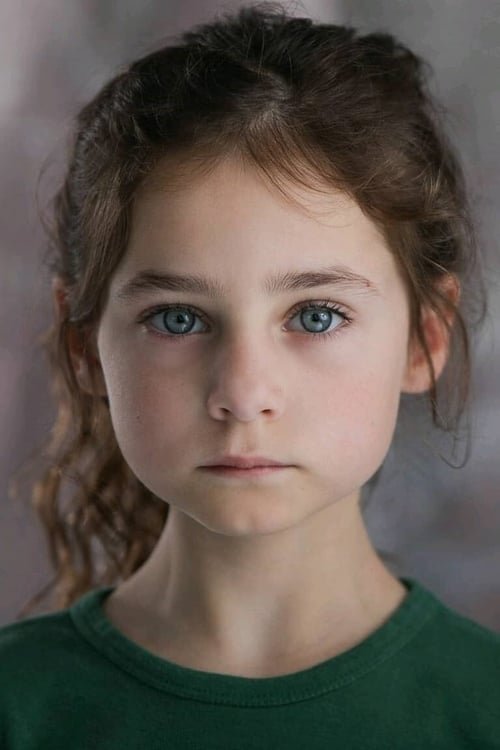 Billie Gadsdon is a child actress born on July 19, 2008. Billie Gadsdon, who is now 14 years old, also acted in the movie Nocebo. She played the character of Bobs in Nocebo, one of the thrillers of 2022. Bobs is the child of Eva Green’s character Christine and Mark Strong’s character Felix.

Now 14-year-old child actress Billie Gadsdon has appeared in many important productions. She started her acting career in 2018 and featured in productions such as Cruella, Tales of Babylon, The Midwich Cuckoos and Nocebo. 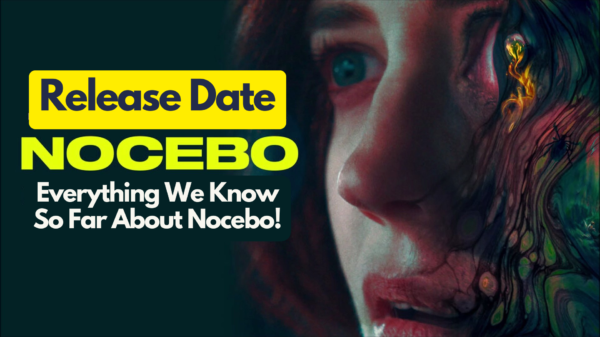 Nocebo Release Date, Trailer – Everything We Know So Far About Nocebo!

Nocebo is a new thriller co-produced by Ireland and the Philippines. This thriller is Written by Garret Shanley and directed by Lorcan Finnegan. Eva...