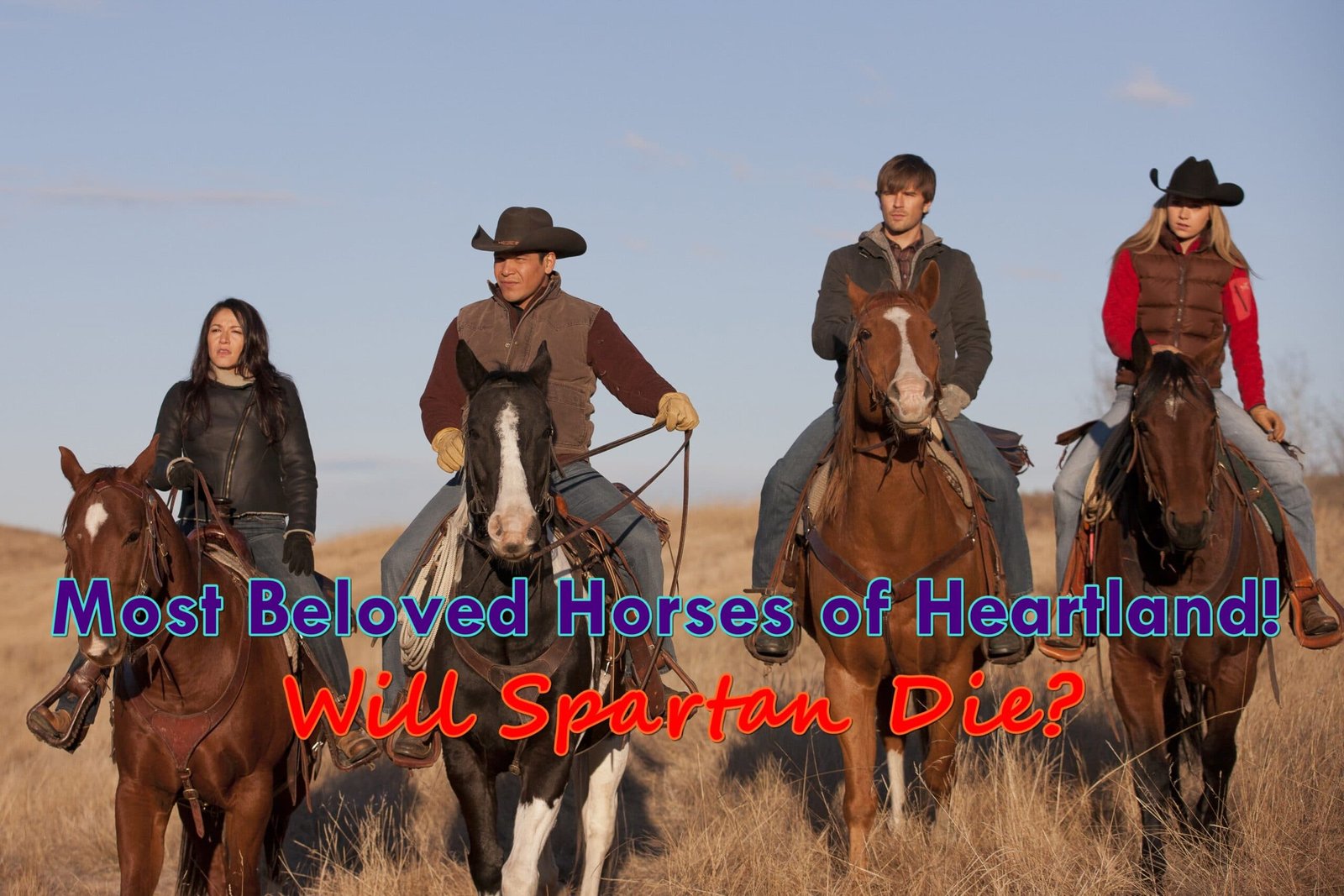 Heartland has always revolved around horses, not just as supporting characters, but as the primary characters themselves since the pilot aired in 2007. Stormy, the horse who initially portrayed Spartan, is still featured in the program. Amy Fleming-Borden’s main horse in the program is the gorgeous black Quarter Horse gelding, Spartan.

Amber Marshall, who portrays Amy Fleming-Borden, said Stormy (Spartan) is still with them as a big part of the program. She expressed her surprise by saying it is not every day that one horse can be the major character for 15 seasons. Although the horse is getting old every passing day, Spartan will not die.

Amber Marshall, the successful show Heartland’s star, is a real-life horseback rider and trainer. Amy Fleming, her role, is a horse trainer who specializes in working with difficult horses. In each episode, she generally communicates with mistreated or challenging horses. Amber turns out to be quite the racer, and she even owns a couple of horses.

Let’s meet the most beloved horses of Heartland. 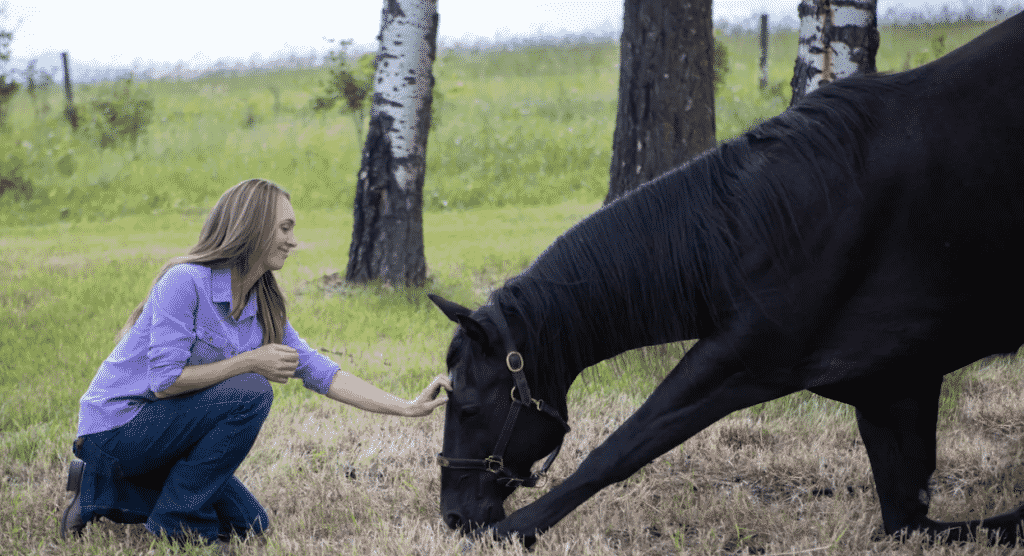 Spartan is the horse Amy and her mother were attempting to save when the awful event occurred in season 1 episode 1 “Coming Home.” He is a black Quarter Horse whose former owner cruelly harmed him. He was much more frightened after the awful event, but Amy stays with him as a tribute to her mom. Spartan becomes her horse, and the two of them participate in a variety of activities, like showjumping and even liberty work.

Spartan is mostly depicted in the episode by Stormy, a Quarter Horse gelding. He was just 5 years old when the Heartland filmmakers cast him as the primary horse character, and he’s been around ever since. Amber Marshall, who portrays Amy Fleming on Heartland, is always fond of Stormy. “Stormy knows what he’s doing, and he likes to be on the show,” Amy remarked in one of her interviews. The actress stated that she has known the horse for as long as Amy has known Spartan, hence why their relationship is so unique in actual life.

Also read: Heartland Season 16 News – What To Expect From Season 16 Of Heartland?

Stormy, though, is not the only horse who plays Spartan in Heartland. He has had a lot of duplicates throughout the years to help him with scenarios that are beyond his expertise. Zyada and Sonny, for instance, played Spartans during Amy’s audition for Dark Horse in the fifth season’s final. 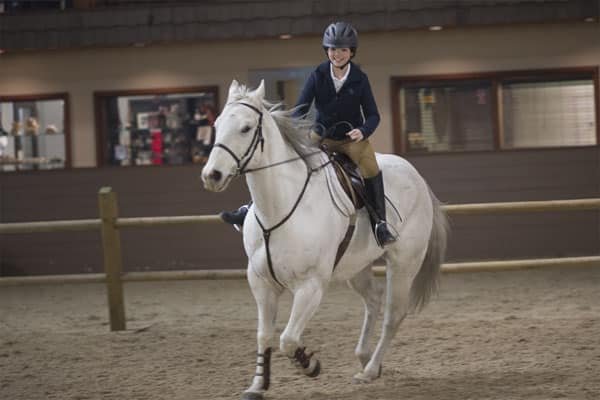 Phoenix is a gray gelding that appears in Season 6 Episode 1 “Running Against the Wind” at Heartland. He enjoys leaping, and he and Georgie (also a runaway character at the time) form an incredible show jumping pair.

Phoenix is in fact portrayed by the Quarter Horse Jag and the Jumping Horse Ghost. Ghost handles all of the jumps, while Jag stands around in the stable and during Western horseback sequences.

Surprisingly, Jag and Alisha Newton, who portrays Georgie in Heartland, had a tense relationship at first. Because Alisha was still a small girl, she would often approach the horse and rub his face, which would make him angry.

Their connection, though, has improved significantly over time. Alisha explains that now they have been together for so long, they have an incredible relationship. 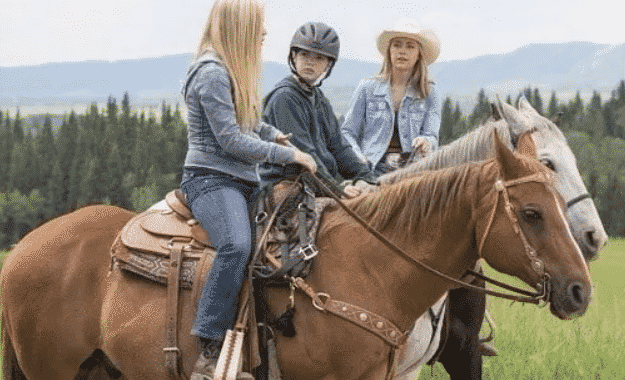 Copper made his debut appearance in season one episode four, “Taking Chances.” Mallory assists at Heartland Ranch, but everyone considers her family and Copper and she has a particular affinity. Copper’s true name is Midget, and he is a gentle and lovable horse.

The two had a number of adventures, including becoming trapped in an abandoned place and being pursued by thieves. Copper is a calm chestnut gelding that is always prepared to assist the others. 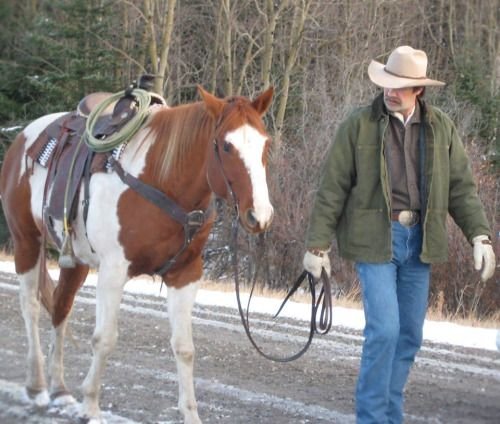 Paint is a white and red American Paint Horse gelding that was given to Amy’s grandpa, Jack, after he departed from the rodeo arena. Paint first appears in Season 1 Episode 7 “Come What May.”

Jack and Paint have a very tight relationship, which is likely owing to the numerous amount of time they spend regularly rounding up and transporting cattle. Paint falls victim to arthritis in season 9 after a long working life. 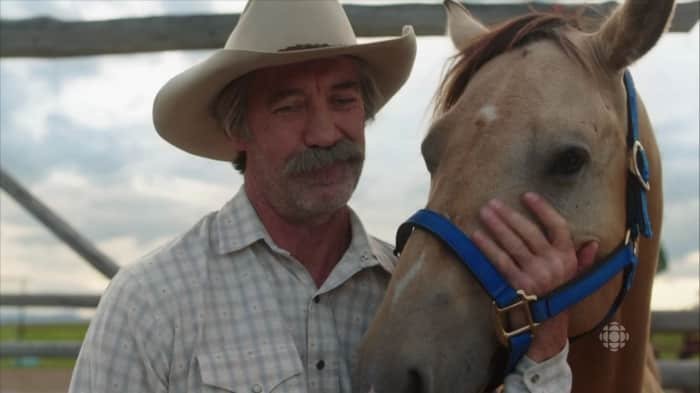 Buddy was stranded in an abandoned house, which Georgie discovers in season 9 episode 3 “Riding for a Fall.” Bear, a chestnut horse, flees and gets wounded by a bear. Fortunately, Amy and Georgie discover him and take him in. Bear was actually the one that took Georgie back to the farm to save Buddy. Buddy takes over as Jack’s new working cattle horse after Paint passes away. Buddy’s true name is Bullseye, and he is a professional western horse. 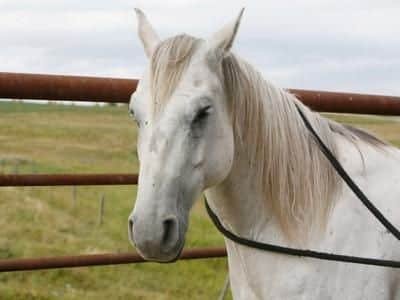 Amy’s father Tim Fleming’s horse, Pegasus, is first seen in season 1 episode 2 “After the Storm.” He is a grey gelding Tim raced with on the rodeo arena until they were involved in an accident. Pegasus was also unwell after the event, but Amy’s mother Marion brought him back to bodily and emotional health.

Pegasus gets depressed after Marion’s death, but he soon recovers with Amy’s support. He later dies from strangles in a heartbreaking season 3 episode in which Tim tells stories about the good old days. 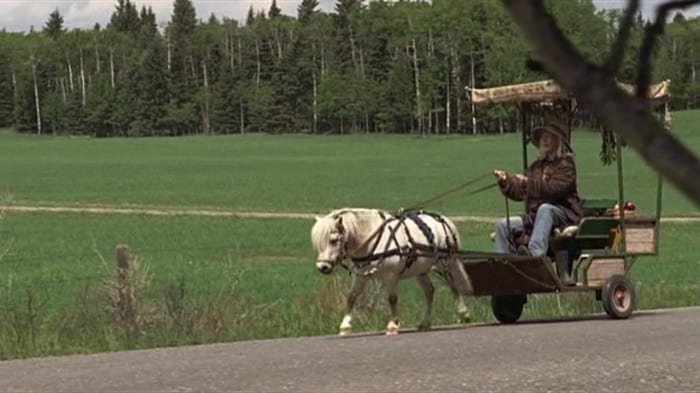 Sugarfoot is a small horse that is Mrs. Bell’s friend in the show. He is a cream mini horse that stays in her home with her. As his name implies, he enjoys desserts, and in one episode, he gets into an elderly home by running into a gathering. His aim was, of course, to devour the carrot cake.

Sugarfoot is frequently seen pulling Mrs. Bell’s cart, which is normally stocked with homemade goodies and medicinal herbs. He also assists many horses in overcoming their anxieties from crossing the water to drawing a wagon. Sugarfoot is performed by Little Chief, a little horse with a great personality. He was Graham Wardle’s (Ty Borden) most-loved horse on set. 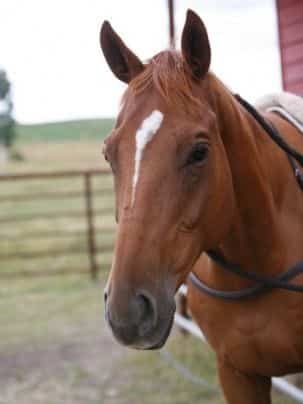 In the early seasons, when Ashley and Amy are still fierce rivals, she rides Apollo, a showjumping horse. Ashley’s mother, Val, owns him and uses him as a negotiating tactic to exert more control over her daughter. Apollo is a resident at Val’s riding center Briar Ridge, and he initially appears on the program in season 1 episode 1 “Coming Home.” Ashley sees Apollo on a meat truck with a number of other horses after a brawl and asks Amy to shelter him at Heartland.

Also Read: How To Watch Heartland Season 15 In The U.S.? 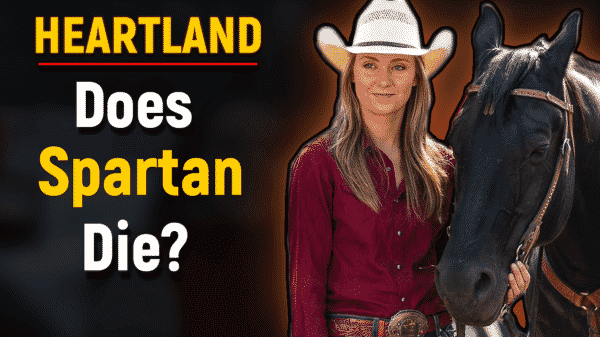 Does Spartan die on Heartland? Amy and Spartan

Here we are with another content on our favorite Canadian TV show: Heartland. Heartland has many to offer to its audience base. First and... 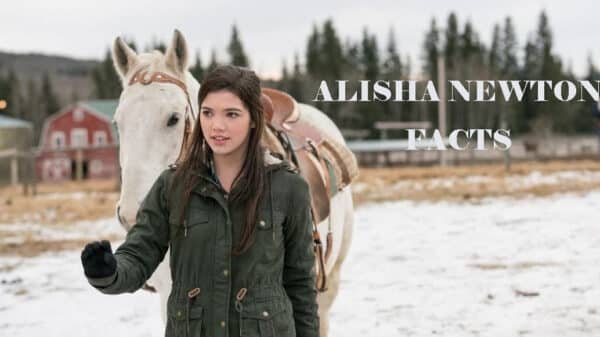 If you want to know all about Heartland’s Georgie, Alisha Newton, we’re ready to tell you about them. All you have to do is... 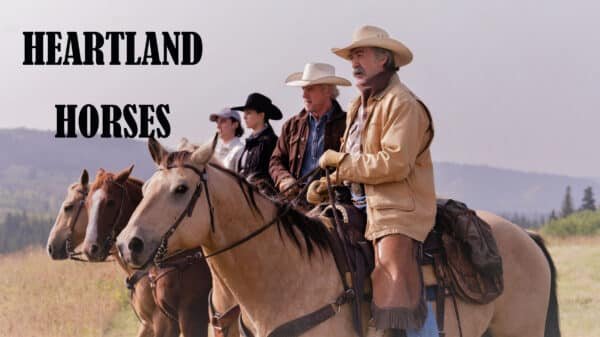 We saw a few horses each season in Heartland, the number one series of horse lovers. And as you know, these Heartland horses have...