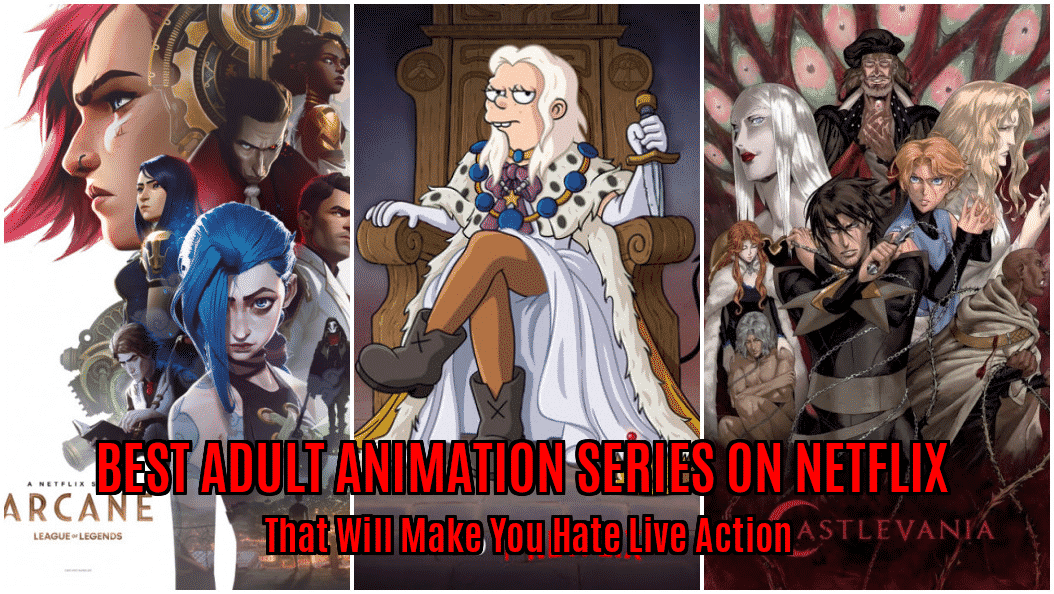 Those who don’t like to watch live action movies/series know that good adult animation series are harder to find than in other genres. Netflix is a platform that makes our work easier, but there are still times when it is not enough. Being a picky person requires extra time to find a suitable animation production.

To make your job easier, we have listed the best adult animation series on Netflix for you. Such beautiful productions that even action lovers can watch with pleasure! Let’s take a closer look at these animations. 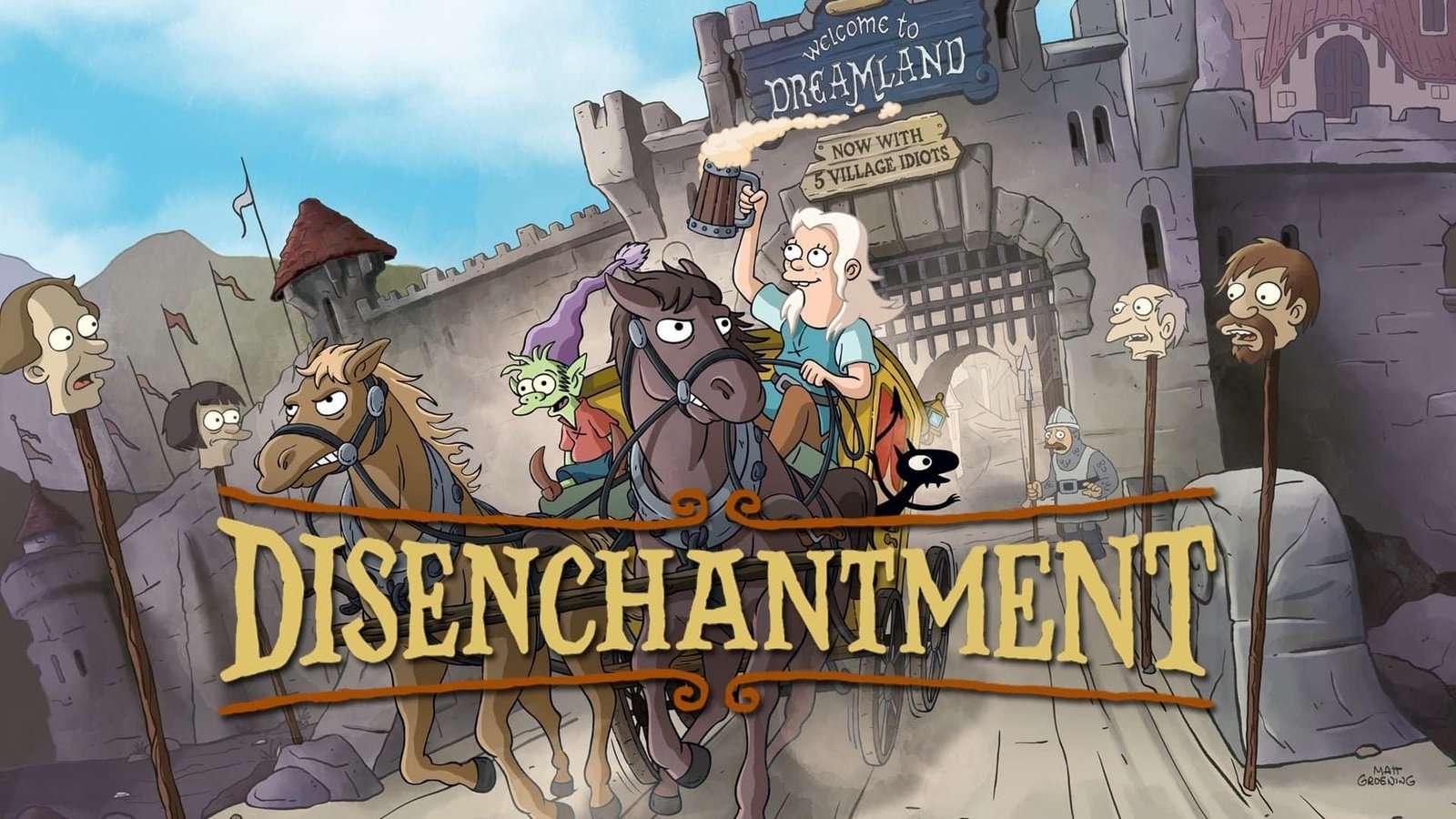 Disenchantment is at the top of our best adult animation series on Netflix list. Disenchantment is quite different from the fairy tales we are used to. Our main character, Princess Bean, is looking for a different life instead of the luxurious life of the palace. She sneaks out of the palace and drinks heavily and gambles. Like many other princesses, she is asked to marry a prince of one of the neighboring countries in order to gain diplomatic advantages for their kingdom. Bean, who does not want to experience this situation, leaves the palace completely and her adventures begin here.

Another production of Matt Groening, the creator of The Simpsons, Disenchantment consists of 4 seasons with 10 episodes each and its IMDb score is 7.2. The second one of our best adult animation series on Netflix list is Castlevania, with its slightly dark theme. In the 1400s, the church had great power. The aim of Lisa, an idealist doctor, is to shake the power of the church with the scientific facts she will reveal. For this purpose, he goes to Dracula, a demonic being, and gets close to the terrible Vlad. Educating people using Vlad’s scientific knowledge and inventions is Lisa’s biggest goal.

The church is not very pleased with this situation and condemns Lisa to death. The harshest reaction to this attitude of the church will come from Vlad. Dracula, who used all his strength to destroy Wallachia and the surrounding cities, now lives with uncontrollable rage. Trevor Belmont, a wizard, and a vampire team up to kill Dracula and the adventure begins.

Consisting of 4 seasons with 10 episodes each, Castlevania is based on Konami’s video game franchise and has an IMDb rating of 8.3. 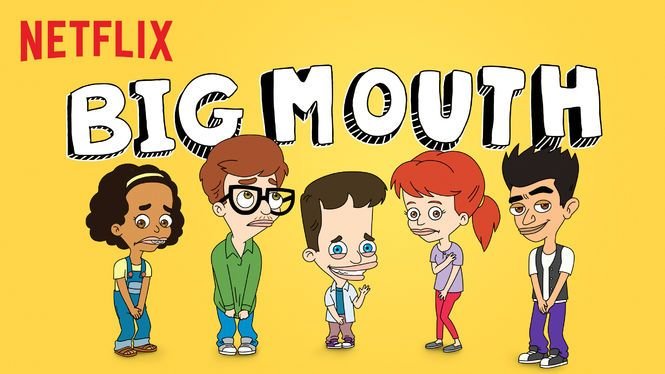 Another member of our best adult animation series on Netflix list is Big Mouth. The animation, which is about the growth stories of a group of teenagers, brings the scary and interesting aspects of adolescence to the screens. It makes us laugh and make us think.

The series, produced by Andrew Goldberg, one of the screenwriters of Family Guy, consists of 5 seasons with 10 episodes and has an IMDb score of 7.9. This recommendation of our best adult animation series on Netflix list is coming for League of Legends lovers! Arcane focuses on the lives of League of Legends characters until they become heroes, and their conflict with each other. The story begins with the emergence of two major characters in the underground city of Zaun, set in the area called Piltover. The strongest characters such as Vi and Jinx are in the foreground in the series.

The IMDb score of the series, which currently has 9 episodes and 1 season, is 9.1. 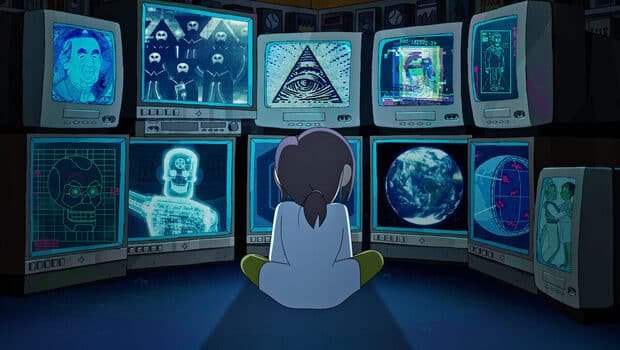 Another member of our best adult animation series on Netflix list is  Inside Job. Inside Job, which is likened to the beautiful atmosphere of Rick and Morty, is about the events that occur in a world where all the conspiracy theories are true and the determined story of a scientist woman who tries to stay strong and determined in this environment.

The script for the comedy production was written by Takeuchi, one of the screenwriters of Disenchantment.

Comedy and fantasy animation consists of 2 seasons and its IMDb score is 7.6.

Another animation on our best adult animation series on Netflix list is Love, Death and Robots, which we like very much and include in many of our content. Love, Death & Robots is an animation of short stories in the genres of science fiction, fantasy, horror and comedy. Each episode brings a different story to life, and these episodes are easy to watch but hard to forget.

The series, which includes famous producers such as David Fincher and Tim Miller, has an IMDb score of 8.4 and has 3 seasons with episodes ranging from 5-20 minutes. 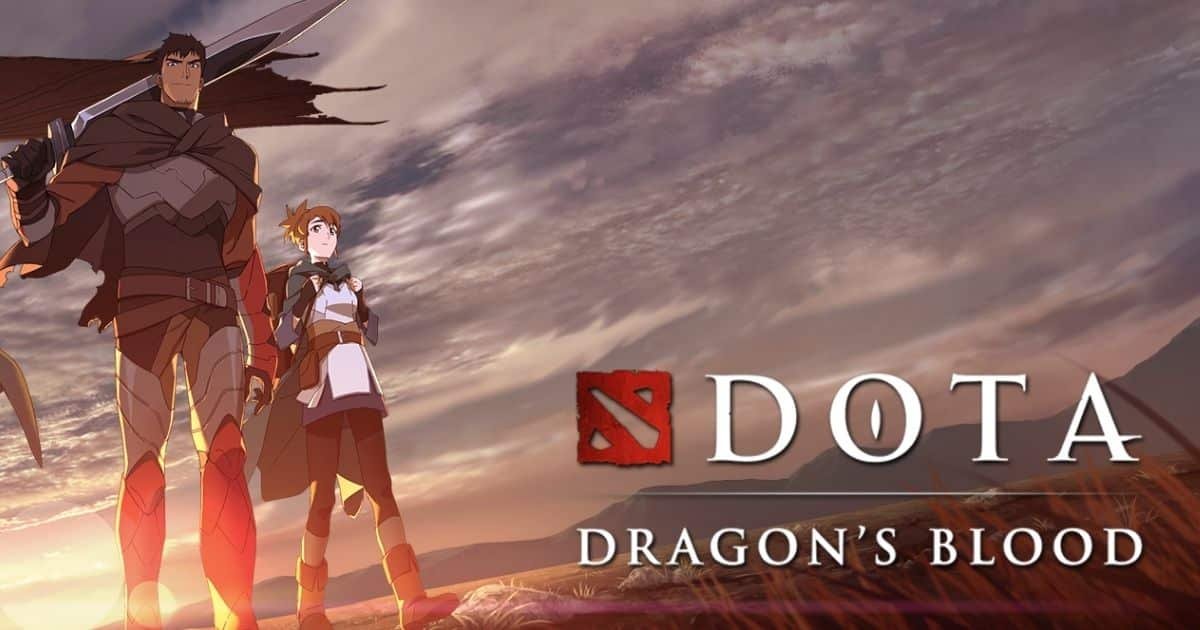 This recommendation on our best adult animation series on Netflix list is a production that Dota game lovers will love more! The plot of Dota: Dragon’s Blood is based on a Dragon Knight named Davion, who combines his soul with a wise dragon. In the midst of a conflict with many supernatural characters such as demons and dragons, Davion tries to thwart Terrorblade, who wants to capture dragons and collect their souls.

Dota: Dragon’s Blood, consisting of two eight-episode seasons, has an IMDb score of 7.8.