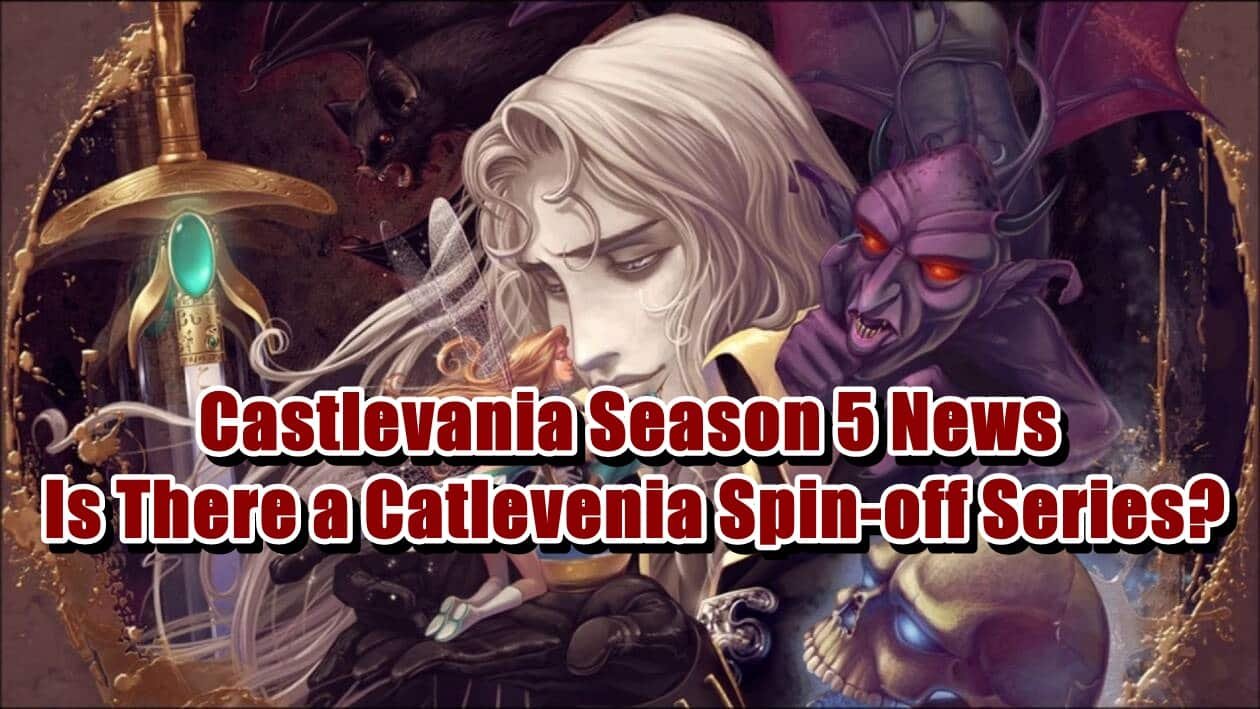 Castlevania Season 5 News - Is There a Catlevenia Spin-off Series

Will Castlevania Season 5 return, or have we seen the last of Trevor’s adventures with Season 4? Castlevania was a thrilling adventure from start to end, gaining a lot of audience in a very short time. This dark and violent animated series has been on the go for the past five years and has become a fan favorite worldwide.

The 4th season concludes on a happy note, with everyone living their ideal lives, including Trevor, Sypha, Alucard, and Greta. The plot of this film featured a multitude of characters, but the main one was Dracula. We expect Castlevania Season 5 to have the same main characters.

Why was Castlevania Cancelled? Unfortunately, the series’ creators stated that Season 4 will be the final in the original plot. Castlevania is based on the iconic Konami video game, and the series has unfortunately ended. However, the universe it built will live on thanks to the spin-off series with a whole different cast of characters. 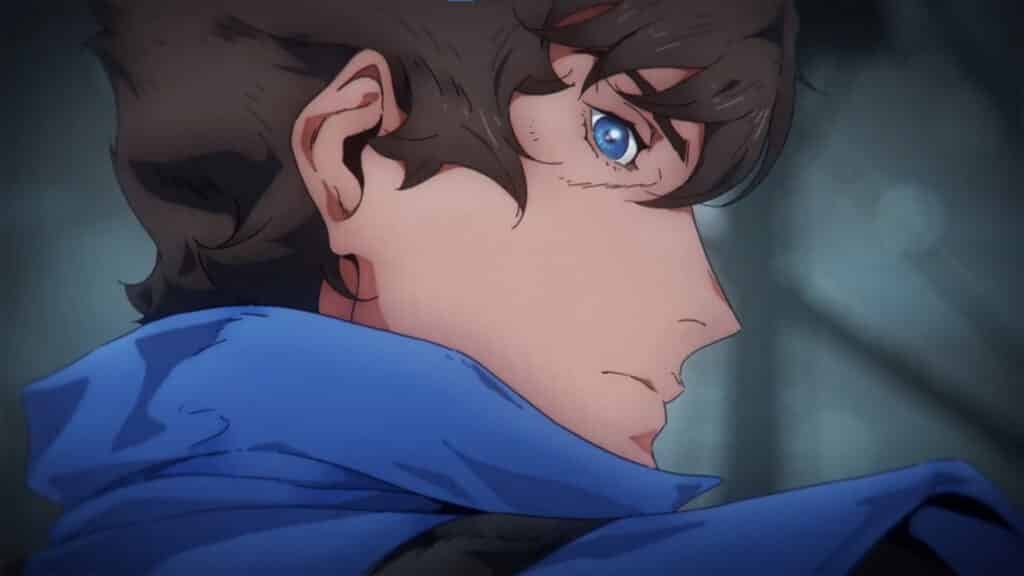 During Geeked Week, Netflix released the introductory video for Castlevania: Nocturne, and it is the official title for the spinoff program. According to the news announced at Geeked Week, the future series will be directed by Kevin Kolde and written by Clive Bradley. Richter Belmont and Maria Renard will feature in Castlevania: Nocturne, which will take place during the French Revolution in 1792, and we could not be more excited to see Castlevania blended with history.

Netflix planned to begin a new series in the same universe with a different cast instead of publishing Castlevania Season 5, and it was revealed that a spinoff series was in the works. The series debuted on Netflix in July 2017, the 2nd season was released the subsequent year, and the 3rd season was released in 2020. According to the official synopsis from Netflix, Castlevania is about a vampire hunter trying to defend a besieged city against an army of supernatural animals directed by Dracula himself.

You can watch the trailer for the spin-off series that will be released instead of Castlevania Season 5 down below.

Does Castlevania have LGBT?

There are six LGBT characters from Castlevania: Alucard, Greta, Carmilla, Taka, Morana, and Striga. Bisexuals have simply been hyper-sexualized in modern media and, as a result, are constantly perceived in a sexual manner, and the writers of Castlevania opted to expose Adrian’s orientation in a way that confirms some prejudices against bisexuality. In a nasty narrative surprise, it is discovered that Adrian’s companions were only courting him to divert them from trapping and killing him, and in self-defense, he is compelled to kill both of his loves during that scene. 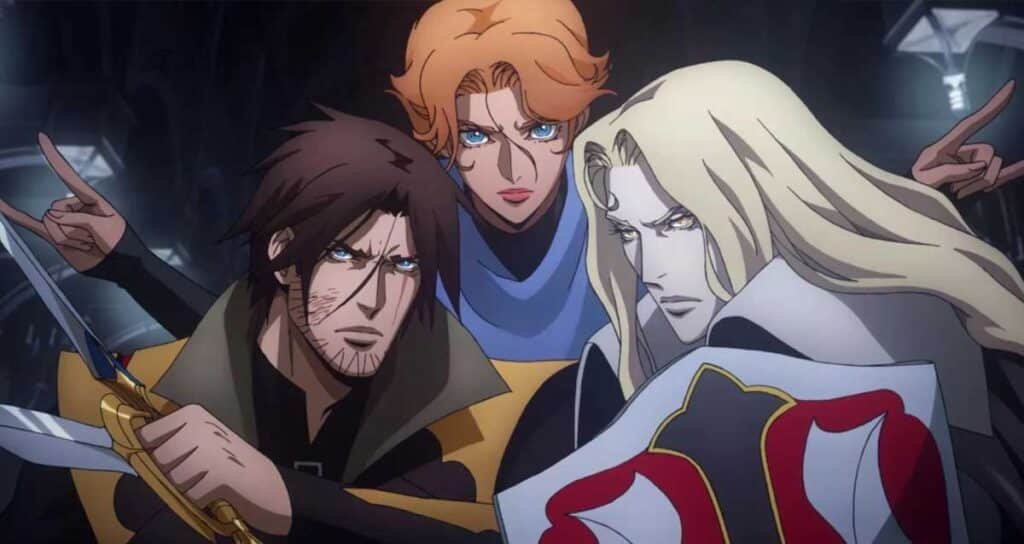 This disclosure reinforces another negative stereotype. It looks like in Castlevania, it was messaged that all non-straight couples are inevitably violent. Castlevania goes above queer-themed villains by transforming four of its five explicitly queer protagonists into villains, and two of these evil LGBTs were murdered as a consequence of their sexual orientations. Adrian, the show’s queer protagonist, is punished both mentally and physically for being queer, and the season’s end moments hint at a harsher, edgier character path for Adrian.

Fans who have seen the show’s seasons may be wondering what the other two main characters are doing: they’re enjoying a happy and meaningful heterosexual relationship. 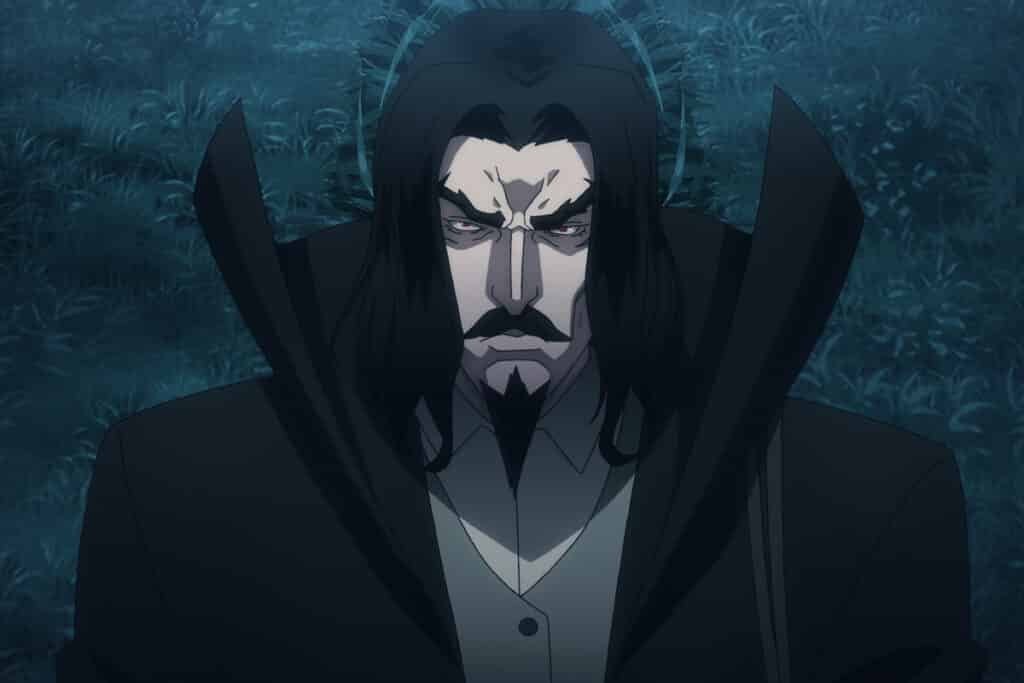 This is a debatable issue many people have different views. Castlevania is not an anime since anime cannot be in English or made by people who are not Japanese. Anime is defined in the dictionary as Japanese films created using characters and imagery, and it is Japanese hand-drawn and computer animation. There is a major difference between anime and cartoons, and anime is made by Japanese people.

Outside of Japan, animations may be influenced by anime, but they are not considered anime by many people. Even though many animation projects resemble anime, those terminologies are not interchangeable, so not every animation is anime. Anime is a catch-all phrase for all animated works in Japanese, so, Castlevania and other animated programs are not anime. 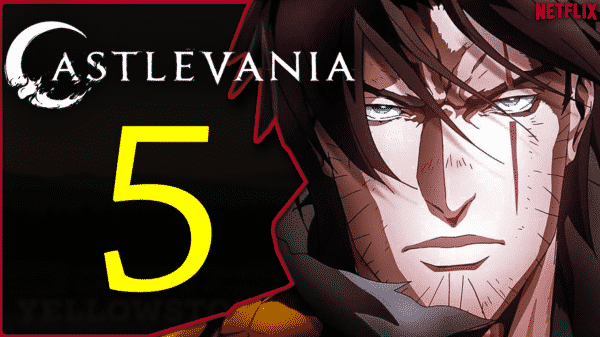 Will Castlevania Season 5 come out? All the information you’re looking for is here with you. Did you know that Castlevania was Netflix’s first...