Are you looking for shows like Love Death and Robots? Love Death and Robots is an animated series released by Netflix on March 15, 2019. The 1st season of the production -which is in the genre of science fiction, animation, and comedy- consisted of 18 episodes. The episodes of the series vary between 6 and 18 minutes, and each episode tells a different story. This anthology series from David Fincher and Tim Miller won a 2019 Emmy for Outstanding Animated Short Programme. Love Death and Robots is produced by important names such as Joshua Donen, David Fincher, Jennifer Miller, and Tim Miller. The episodes in the production were inspired by the science-fiction movie Heavy Metal, released in 1981. The series was rated by more than 89,000 people on IMDb and has a score of 8.5.

While there is still time to binge these new seasons, we have advice shows like Love Death and Robots for you. Let’s take a closer look at these series! Black Mirror series takes place in a future where technology is seriously developing. Each episode of Black Mirror, which is not a holistic series, is independent of each other and tells about a different technological device. Of course, this narrative is not a documentary-style. By emphasizing the moral dimensions of technological devices, the series manages to ask the audience “I wonder?”.

Each episode of the series deals with the integration of an interesting technological device into daily life. In this integrated process, we witness the moral changes of people, the potential dangers of the technological device in question, and the problems it may cause. For example, one section focuses on memory chips. Thanks to memory chips, people do not forget any details, can you imagine such a world? Thanks to Black Mirror, you can get an idea even if you can’t imagine it. In another section, topics such as the reach of television competitions are discussed.

Black Mirror has an IMDb rating of 8,8 and has 5 seasons. If you are looking for shows like Love Death and Robots, you can watch the series on the Netflix platform. Created by Matt Groening -the creator of The Simpsons and Futurama-, Disenchantment takes place in the medieval kingdom of Dreamland, which is about to fall apart. Princess Bean, who does not want to marry Prince Guysbert of Bentwood, finds herself in a different world. Escaping from her own wedding, the princess steps out of her palace to the real world to decide her destiny. Trying to figure out who he is in life, Bean embarks on various adventures with his Elf friend Elfo and the devil Luci. This world is full of fantastic creatures; monsters, demons, mythological creatures, demons, trolls, walruses, and many stupid people.

Disenchantment has an IMDb rating of 7.2. If you are looking for shows like Love Death and Robots, you can watch the series consisting of 4 seasons on the Netflix platform. Castlevania is an American (+16) animated series based on a Japanese video game franchise. It adapted the first two seasons of Castlevania III: Dracula’s Curse, which aired in 1989.

When his wife is burned alive after being accused of witchcraft, the vampire Count Dracula tells all the people of Wallachia that it will cost their lives. Summons an invading demon army that terrorizes the people. Trevor Belmont, a previously outcast monster hunter, takes up arms against Dracula’s forces to fight the demons. The sorceress Sypha Belnades and Dracula’s vampire son Alucard also sided with Trevor Belmont.

Castlevania has an IMDb rating of 8.3 and consists of 4 seasons. If you are looking for shows like Love Death and Robots, you can watch the series on the Netflix platform.

Daybreak tells the story of 17-year-old Canadian high school student Josh Wheeler. As a result of one of the country’s leaders dropping nuclear bombs all over the world, the apocalypse breaks out, and then adults turn into mindless, man-eating ghouls, while children are not affected, so the world is left to children.

Children try to protect themselves from both ghouls and other groups by forming groups with other children who have a lot in common.

However, Josh is traveling alone without joining any group and is looking for his girlfriend Sam Dean, who disappeared after the explosion. Along his journey, street samurai Wesley Fists, 10-year-old pyromaniac Angelica Green, the new owner of the mall Eli Cardashyan, and one of the few adults who lost his post-apocalyptic mind and wasn’t a ghoul, former biology teacher Ms. With Crumble, he forms the group called “The Daybreakers”.

Daybreak has an IMDb rating of 6.7 and consists of 1 season. If you are looking for shows like Love Death and Robots, you can watch the series on the Netflix platform. Inside Job focuses on the adventures of Raegan. Reagen is a responsible and hardworking scientist who strives and sweats for America more than ever. Also, she tries to make America a more positive country by working with her father and her irresponsible team. She is in trouble with the experiments and has to try to save the country on the one hand and cope with the setbacks on the other. You can watch the story of Reagen and her friends in business and social life on this difficult road, sometimes with a smile and sometimes by thinking.

Inside Job has an IMDb rating of 7.6 and consists of 1 season. If you are looking for shows like Love Death and Robots, you can watch the series on the Netflix platform. Our final recommendation for shows like Love Death and Robots, Upload, is about the near future and virtual reality. In 2033, people can now upload themselves to the virtual world after their death. Successful computer programmer Nathan dies suddenly. After Nathan’s death, he is uploaded to the virtual world named Lakeview with the help of his rich girlfriend. However, he soon realizes that his girlfriend is in full control. At the same time, Nathan begins to work on finding the pros and cons of this world. Events begin to develop around this orbit.

Upload has an IMDb rating of 7.9 and consists of 2 seasons. If you are looking for shows like Love Death and Robots, you can watch the series on Prime Video platform. 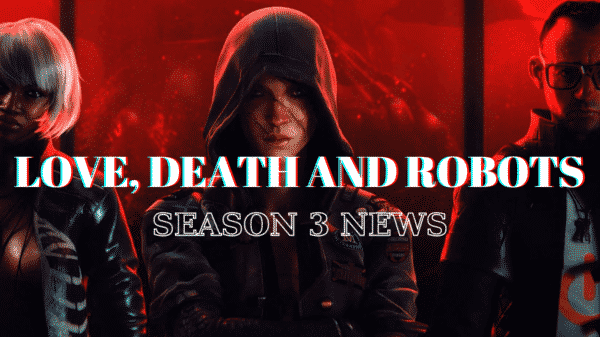 One of the most popular and favorite animated series on Netflix, Love Death and Robots’ last season came in May 2021 and now we...