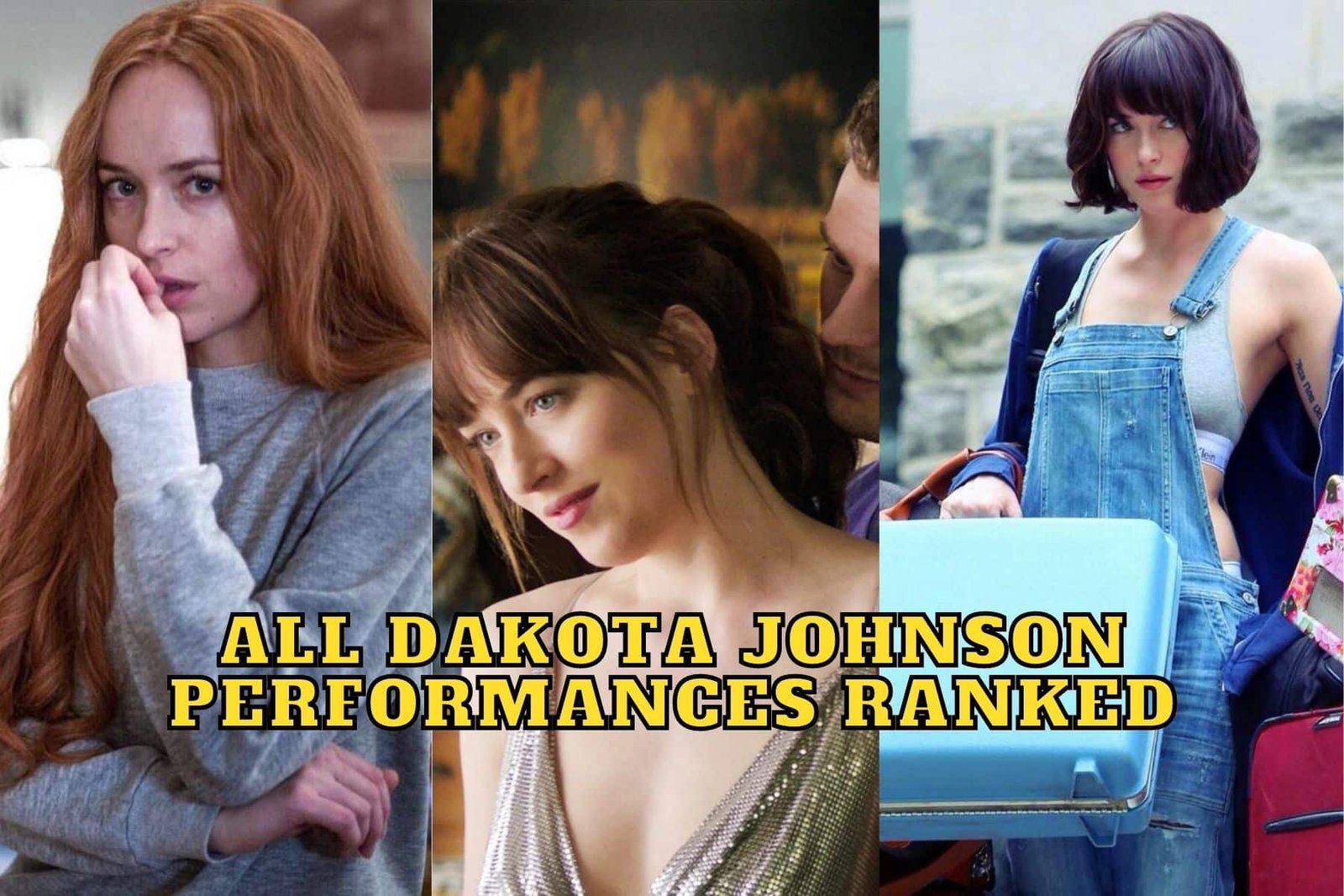 All Dakota Johnson Performances Ranked From Best to Worst - Including Persuasion

The official images and trailer for the upcoming Netflix movie Persuasion, starring Dakota Johnson, made the news recently as many Jane Austen fans directed criticism at the way the main character was portrayed. Some fans think Johnson is not suited to play a Jane Austen heroine, a character that has depth, while others don’t like the way Anne, the heroine of the book, is portrayed as playful and outgoing since, in the book, she is more reserved and quiet.

The 2nd criticism is not surprising because Austen fans hate most movie adaptations that deviate even a tiny bit from the original books. The 1st criticism, though, arises primarily out of the association of Dakota Johnson with the infamous Fifty Shades franchise, which had its share of ridicule and mocking. However, people usually forget that 1 or 2 movie roles do not define an actor’s talents, and this goes for Johnson. She proved multiple times that she is a talented actress and can be more than Anastasia Steele. Here are Dakota Johnson’s performances ranked from best to worst. 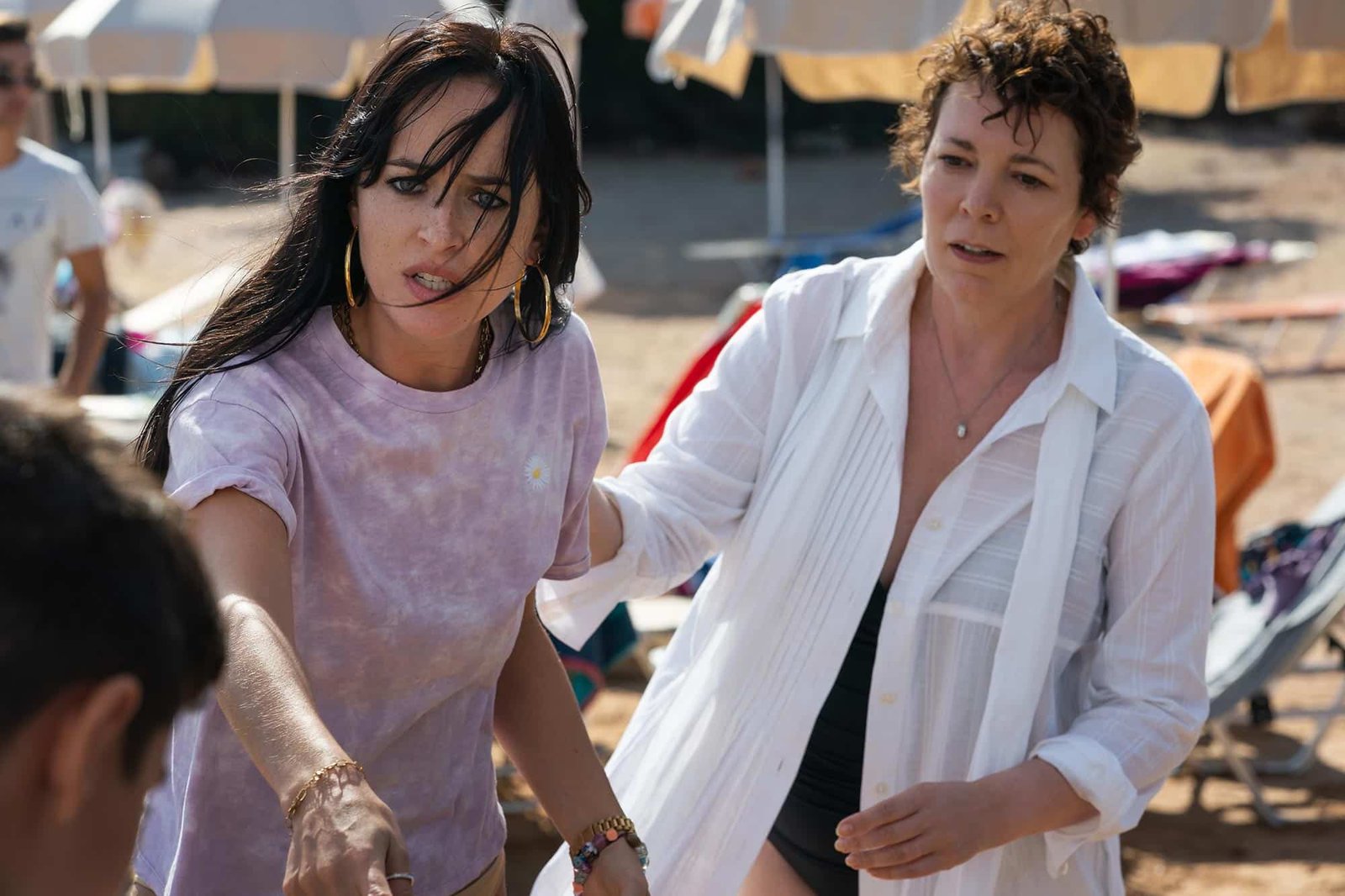 The Lost Daughter, starring Olivia Colman, Dakota Johnson, and Jessie Buckley, is a 2021 Netflix movie written and directed by Maggie Gyllenhaal. Colman’s character Leda goes on a seaside holiday where she becomes obsessed with a young woman named Nina (Johnson), a young mother. This obsession leads Leda to confront her past, and we see how she was as a young mother (played by Buckly) in flashbacks. Both Buckley and Colman were nominated for an Academy Award for their performances; however, many viewers felt that Johnson was snubbed as they thought Johnson made more of an impression. 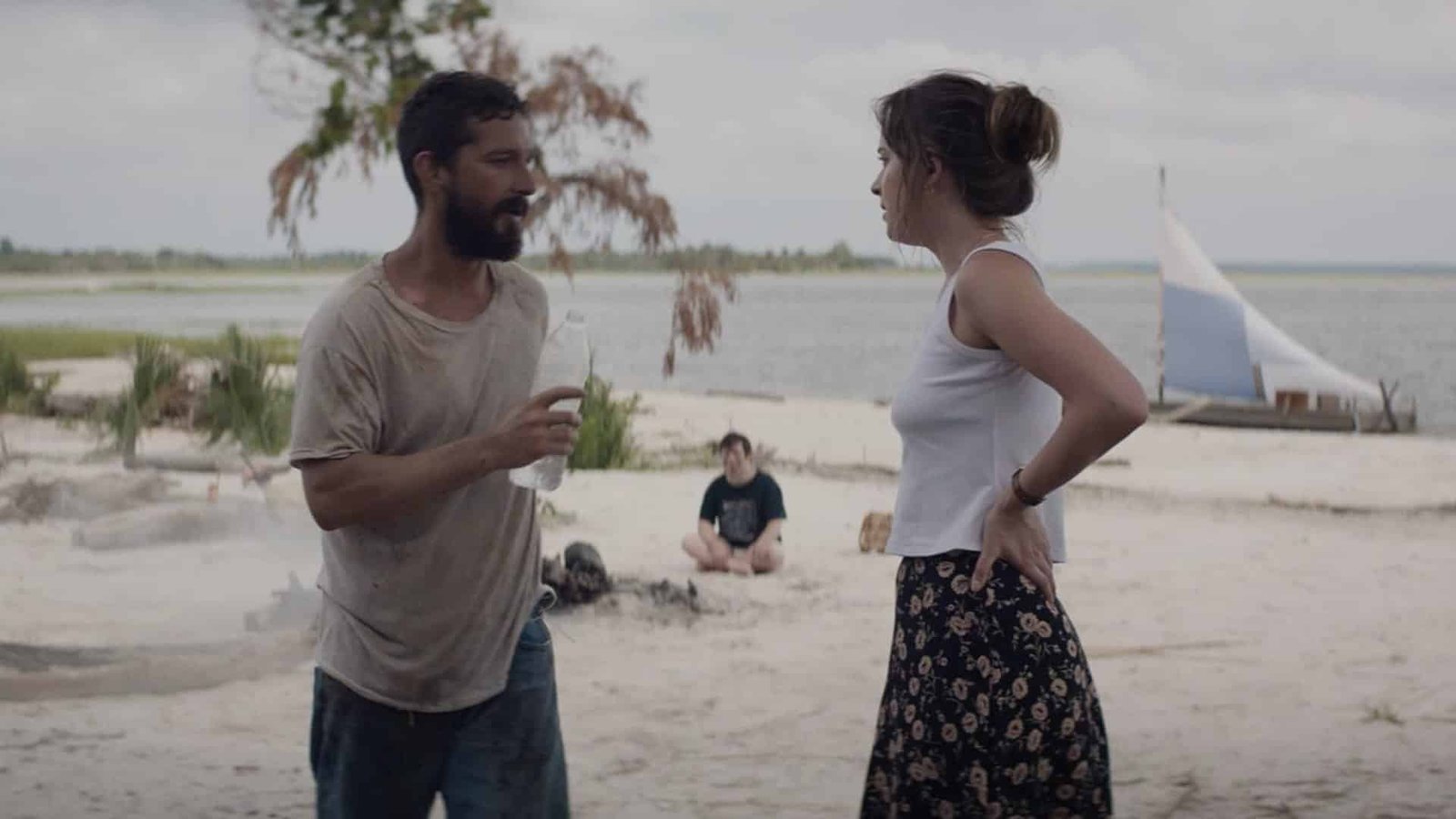 One of the best Dakota Johnson performances is from The Peanut Butter Falcon (2019). In this movie, a young man (Zack Gottsagen) with Down syndrome runs away from a care facility to achieve his dream of becoming a professional wrestler. While on the run, he makes friends with a fisherman (Shia LaBeouf), who is also on the run. Johnson plays Eleanor, the social worker at the care facility who wants to return the young man safely to the facility. Johnson is a sweet addition to the film and displays a heartfelt and lively performance. 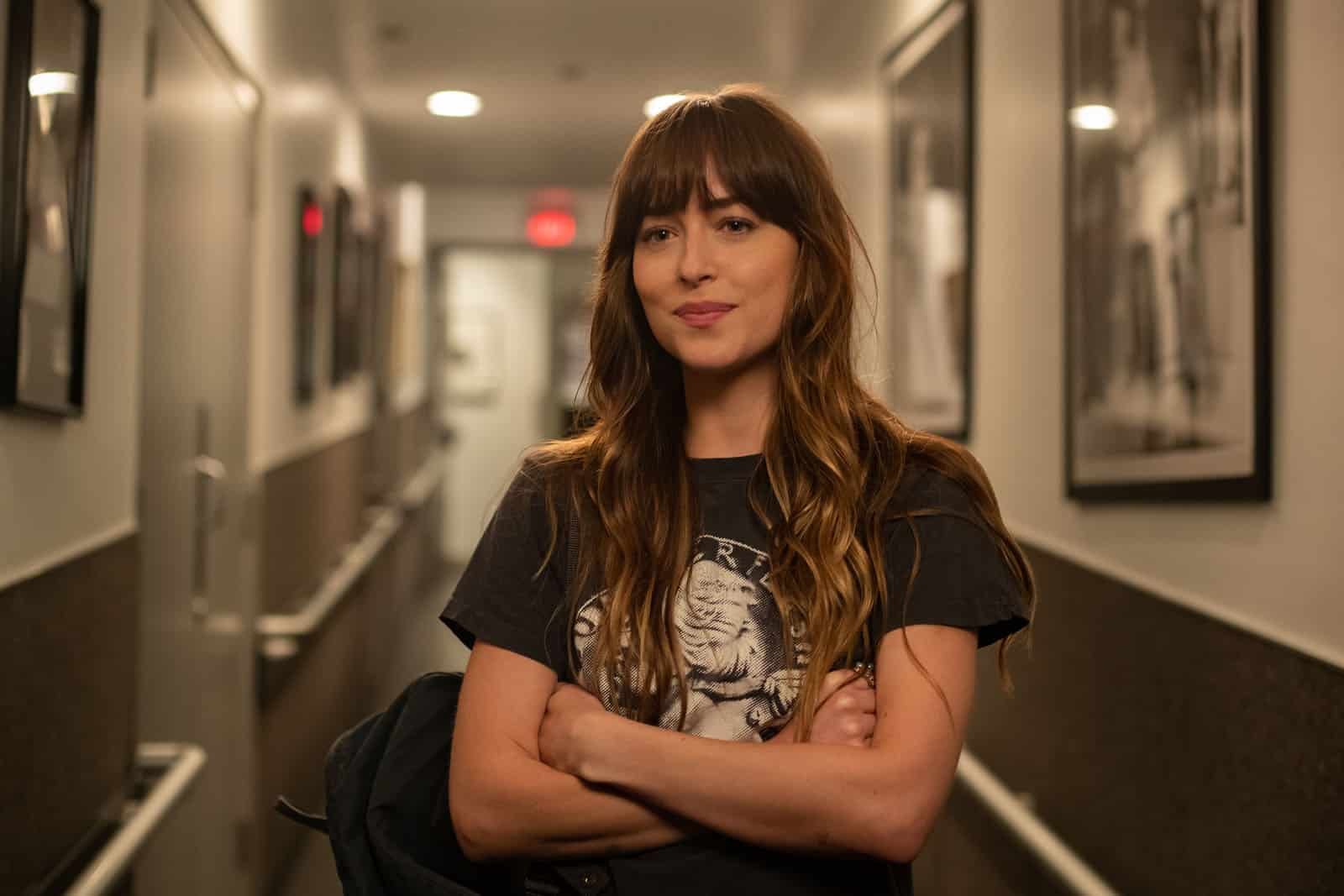 Another Dakota Johnson movie, The High Note (2020), is about a famous singer’s assistant who dreams of being a music producer. Tracee Ellis Ross portrays the renowned singer, and the assistant, Maggie, is played by Johnson. Although the movie received mixed reviews, the cast members’ performances, including Johnson’s, were praised by critics.

You may also be interested in 365 Days Characters Ranked – Are you Team Laura or Massimo? Suspiria (2018) has one of the best Dakota Johnson performances. The actress plays a dancer who enrolls at a dance academy in Berlin without knowing that a coven of witches runs it. Right when she arrives, another dancer disappears from the academy as she tells her psychiatrist that witches run the academy. The dancer’s performance attracts the attention of Madame Blanc (Tilda Swinton), who raises her as her protege. Johnson’s, as well as Swinton’s performances, were phenomenal in the movie. 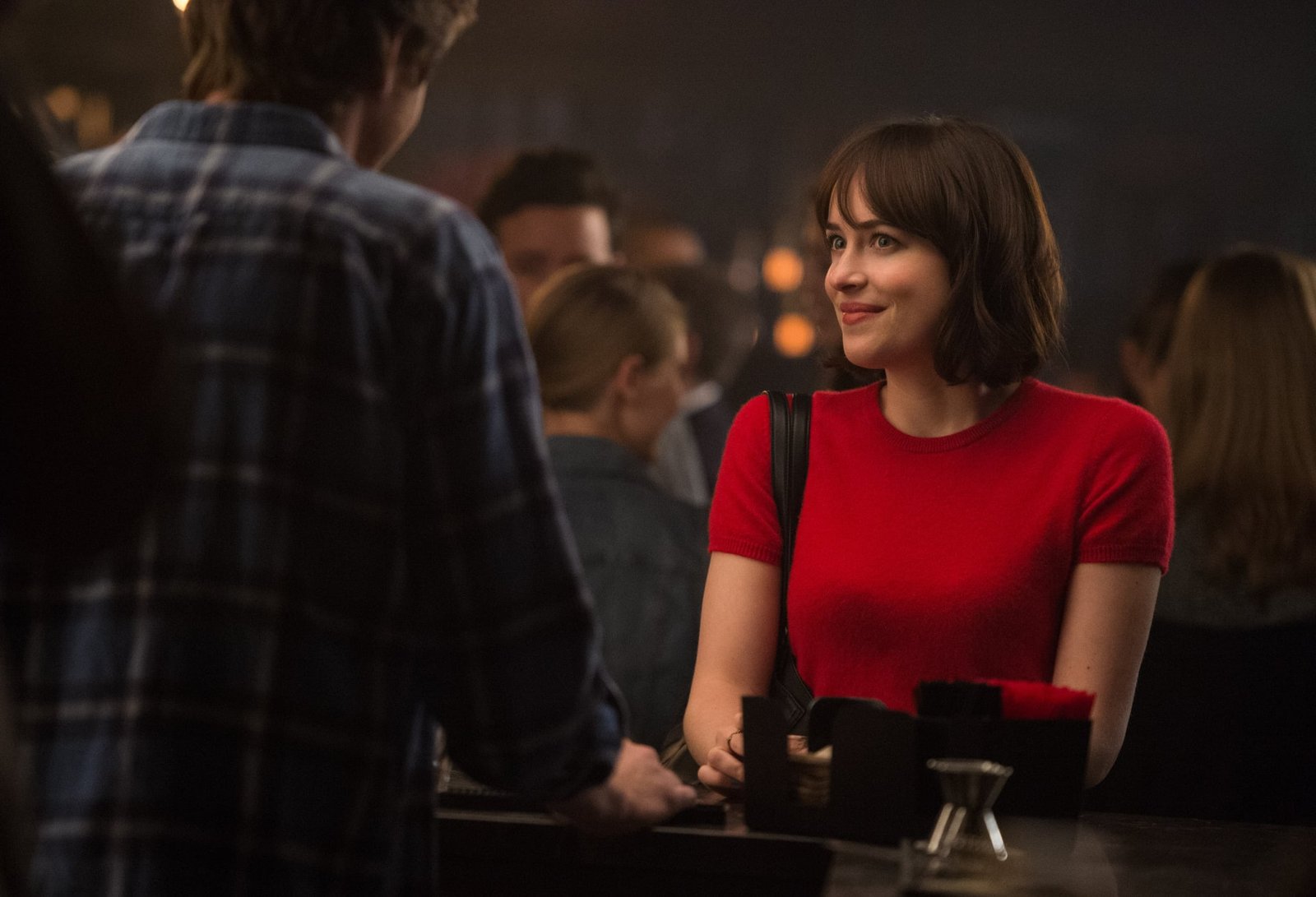 How to Be Single

How to Be Single (2016) is a romantic comedy film starring Alison Brie, Rebel Wilson, Dakota Johnson, and Leslie Mann. The movie follows the love and relationships of 4 single women living in New York. As they become friends, they realize they all have different ideas about being single.

Although Johnson plays the main character, other female members of the cast shine as much as her, we cannot say this is the best Dakota Johnson performance, but it is still decent nonetheless. Well, we could not finish this article without mentioning the most famous of Dakota Johnson movies that brought fame to her. Although the movies in this franchise are highly ridiculed and criticized, reviewers still point out that Johnson does her best. However, her performance is not enough to save the awkward and humorless film.

Despite much criticism, we believe Johnson is a great actress who will be great in the movie. Fans must remember that the way a character is written is not the actor’s fault as they can only move as much as the script allows them to. Persuasion will be released on July 15 on Netflix. It will be a fresh take on a Jane Austen novel, and we believe Johnson will crush it. 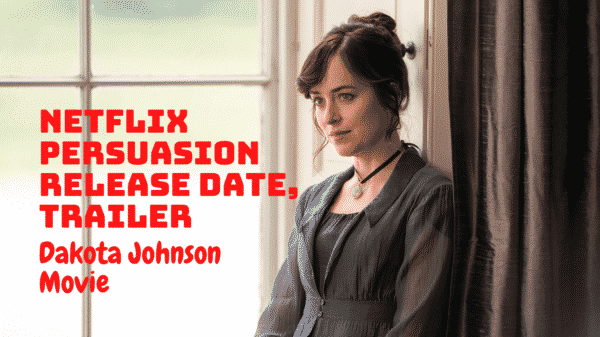 We can’t get enough of Jane Austen novels and their film adaptations, and so we all watch them over and over again. Luckily, there’s...