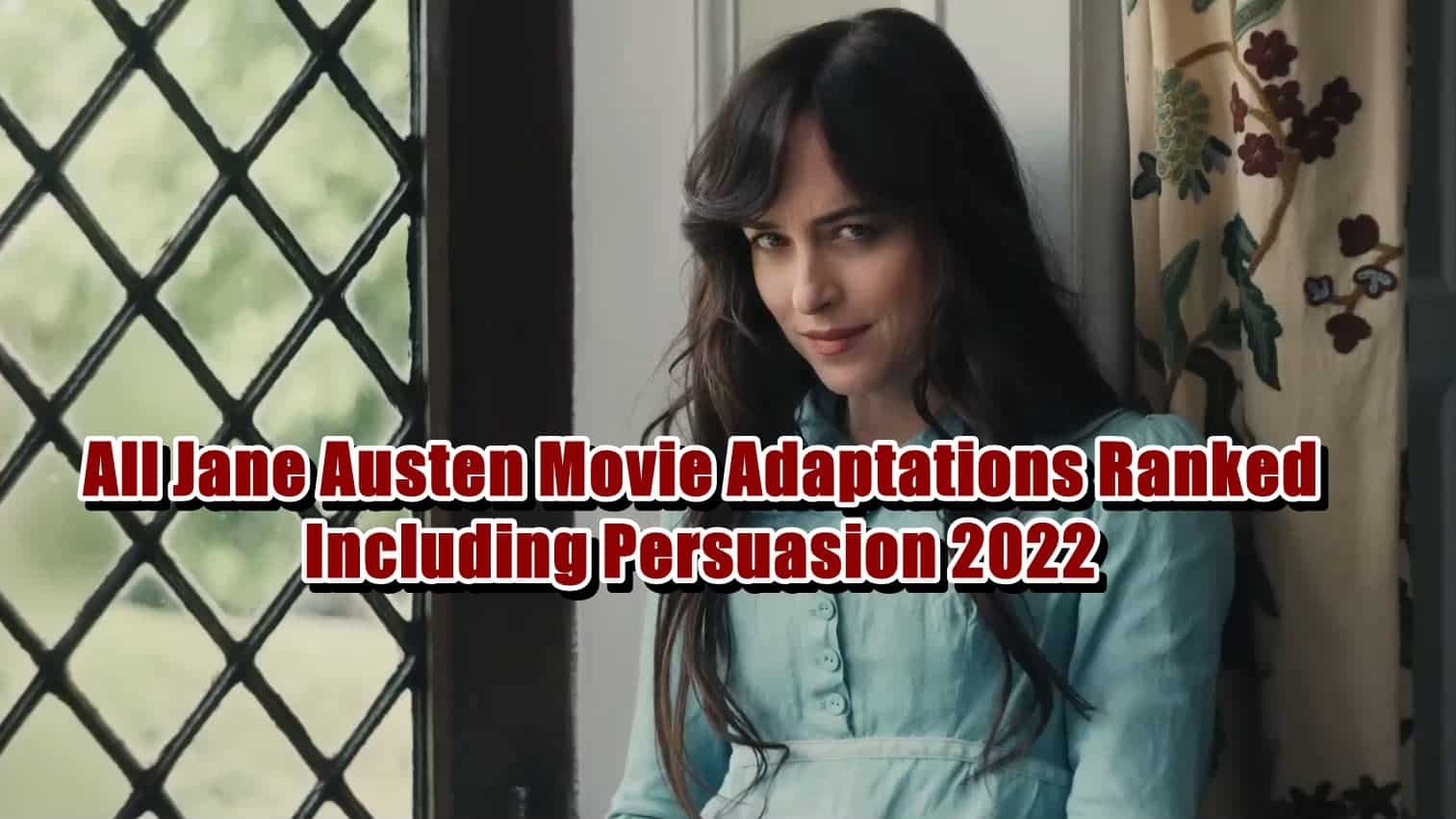 All Jane Austen Movie Adaptations Ranked From Best to Worst

Jane Austen’s stories are everlasting masterpieces, and we are here with the list of all Jane Austen movie adaptations ranked from best to worst. We also included the new Persuasion movie! Her stories are frequently repeated in films, but which Jane Austen versions are the most popular among fans and got the best scores?

For years, audiences have been captivated by Jane Austen’s novels about independent women, so we had to come up with a list of Jane Austen movie adaptations ranked. It seems reasonable that these stories were immediately adapted for the big screen since they are so interesting and intriguing, and those films enable Austen’s stories to be interpreted in whole new ways, inviting many famous characters to our screens. 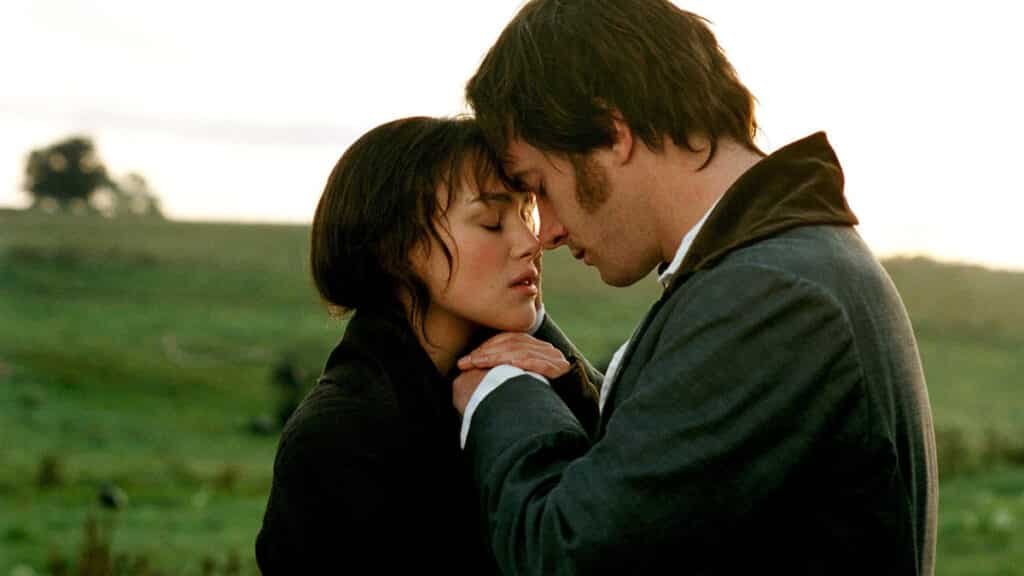 Pride and Prejudice is Jane Austen’s best achievement, so it is the best Jane Austen movie adaptation to date. It seems to reason that this adaptation would top this list as the plot follows Elizabeth Bennet and Mr. Darcy as they go from foes to lovers; furthermore, this narrative embodies the essence of Austen’s writing well. This one had to be on our list above all.

While this adaptation does not exactly match the novel, it does capture the overpowering romanticism. Kiera Knightley is well-known for her period works, and Matthew Macfadyen and Donald Sutherland both give outstanding performances in the film. Top it with the stunning cinematography; overall, Pride and Prejudice is the greatest Jane Austen movie adaptation. 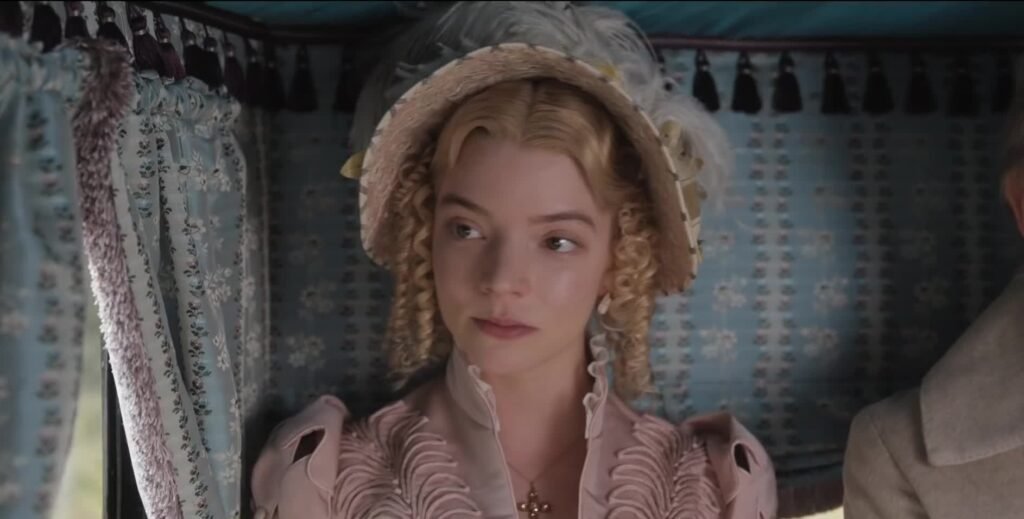 Emma was recently redone with a more modern cast in 2020; Anya Taylor-Joy takes over for Gwyneth Paltrow, and Emma’s interfering yet innocent personality is captured by her. The vibrant colors in this video perfectly reflect the tempo, and this story has some of Austen’s finest humor. Emma, on the other hand, can be a difficult character for viewers to relate to, so it is the 2nd best Jane Austen movie adaptation. 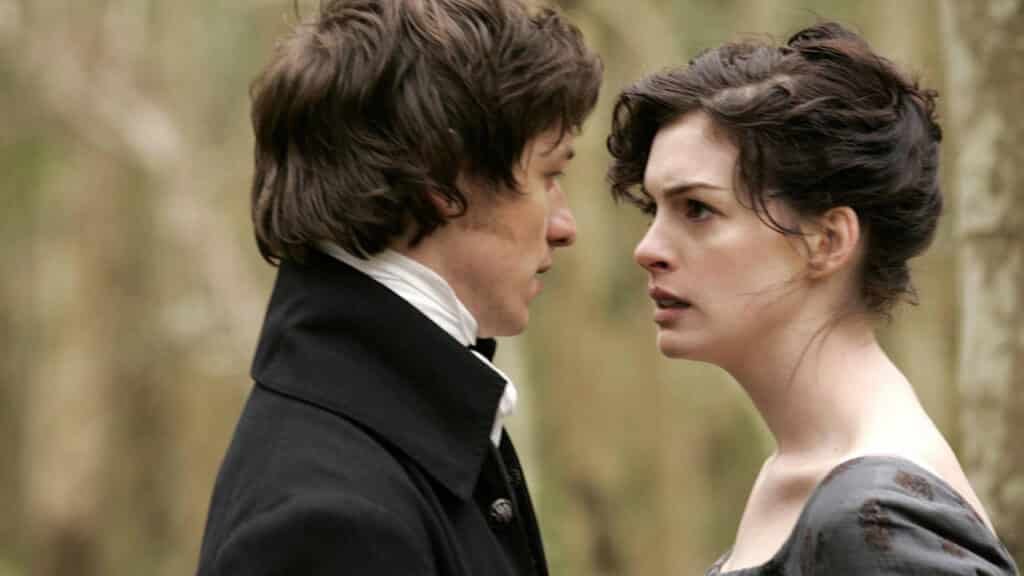 This movie was incredibly intriguing since you truly get to witness how life was back then, representing the realisticness and knowledge in its richness. However, because the viewers didn’t really comprehend the moral lesson so fast, we found it pretty problematic for her not to stay with her one true love Tom. We were taught that no matter what difficulties we face, as long as we are happy and in love, nothing can stop us, but we did not see that in Becoming Jane, making it the 3rd Jane Austen movie adaptation. Sense and Sensibility is the narrative of two sisters who are dealing with life following their father’s death and the plot revolves around Elinor and Marianne, two of Austen’s most memorable characters. This is a lovely version of Jane Austen’s novel and it is also one of the best Jane Austen movie adaptations. Along with Alan Rickman and Hugh Grant, Emma Thompson and Kate Winslet present an amazing job. 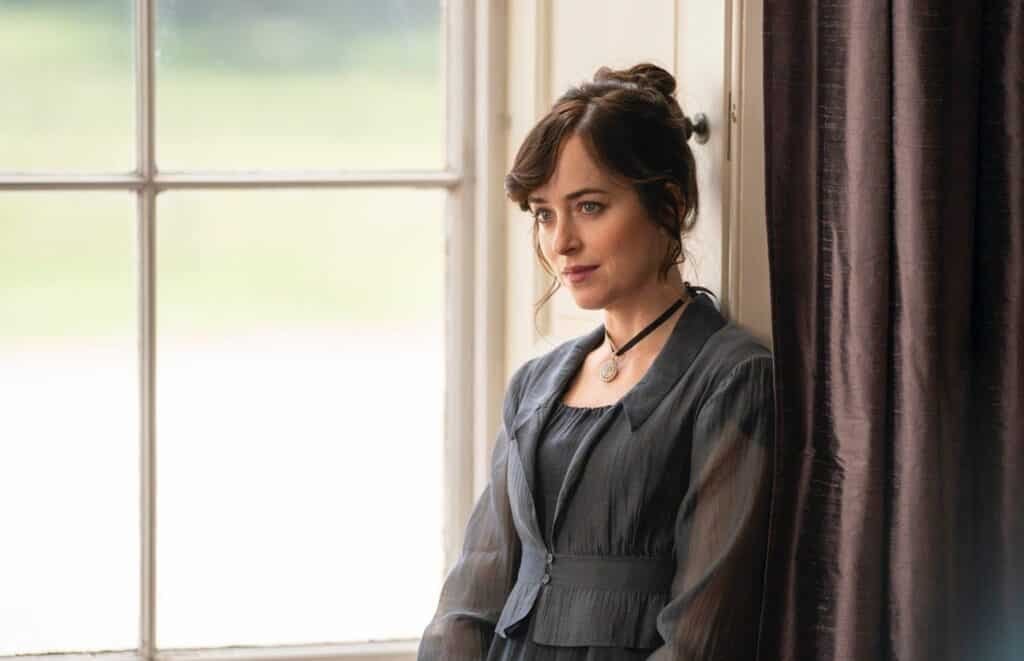 Persuasion is a famous Austen love story as we watch Captain Frederick Wentworth and Anne Elliot having a whirlwind relationship that was ended by Anne’s family. Eight years later, their paths diverged again, and they realize they can unite back again. Thanks to its excellence as a movie, this one topped the 2007 version and managed to be one of the best Jane Austen movie adaptations. 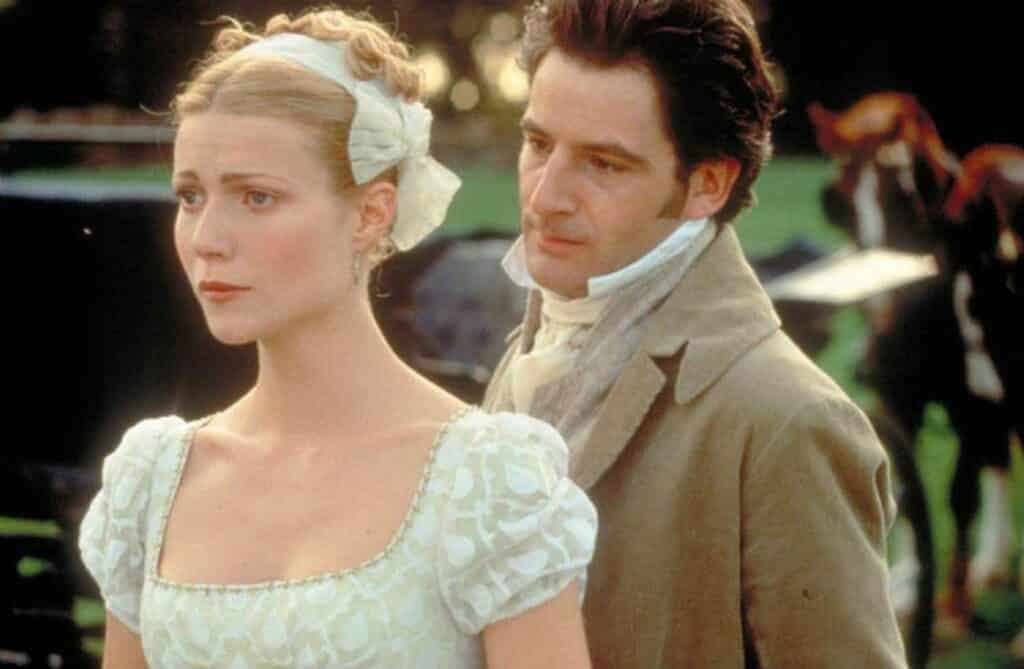 Emma is the story of a young woman who enjoys causing trouble in the 1996 version, as she frequently attempts to match up her friends into partnerships. She is frequently so preoccupied with intervening in other people’s lives that she forgets about her own love life. This film is stunning, with stunning photography and amazing acting, so it is definitely one of the best Jane Austen movie adaptations. 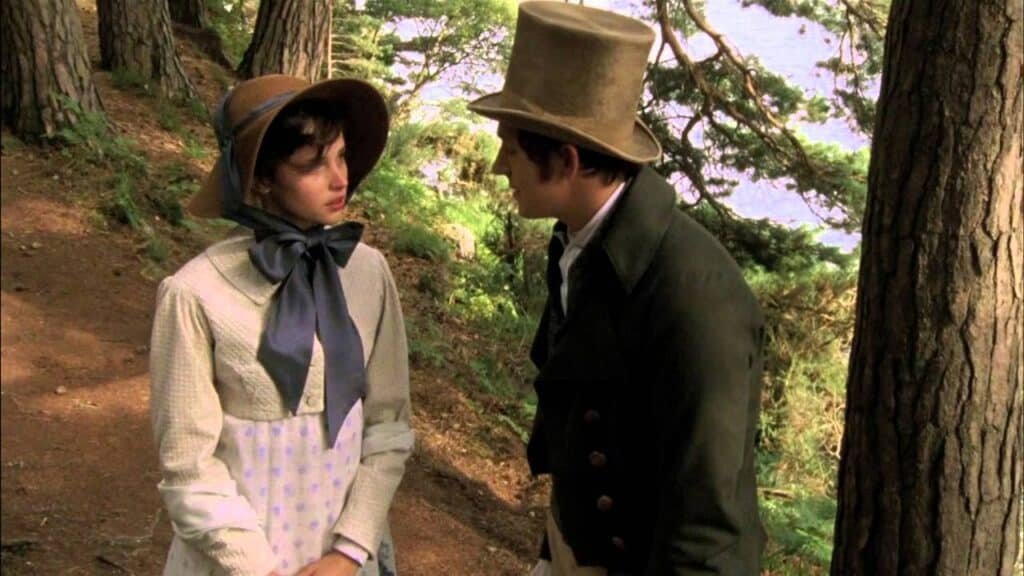 Northanger Abbey is likewise based on a Jane Austen novel about Catherine Morland who is a lower-class girl who has been invited by her neighbors to Bath, but she rapidly discovers that high society isn’t as romantic as she imagined. This film does an excellent job of depicting Regency-era living, so it is one of the best Jane Austen movie adaptations. 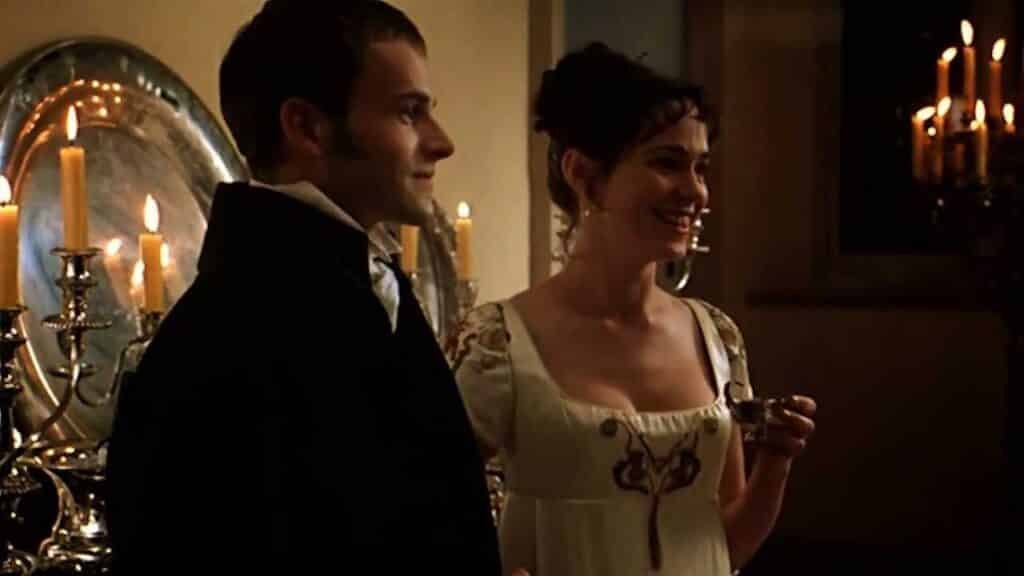 Mansfield park follows Fanny Price as she moves in with her wealthy family, and as she grows older, Fanny is taught how to be a decent society woman. The audience’s appreciation of this film is dependent on whether or not they liked the book, so this one could not make it too far on the list. 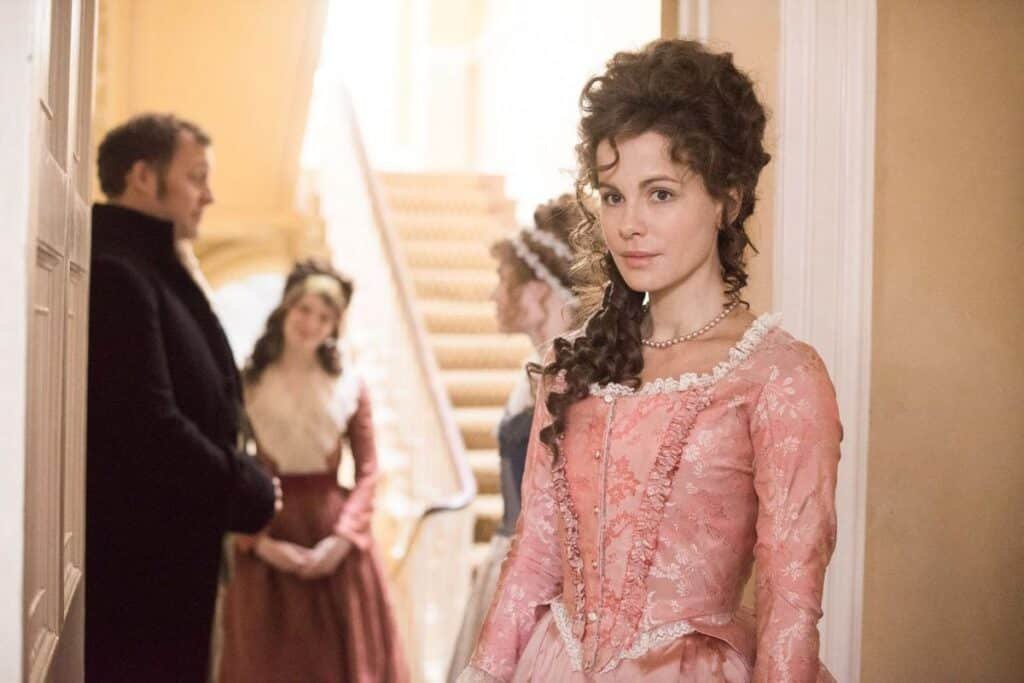 This one is about Lady Susan, which was released decades after her death and it chronicles the narrative of a recent widow, and her attempts to find a spouse for both herself and her daughter.