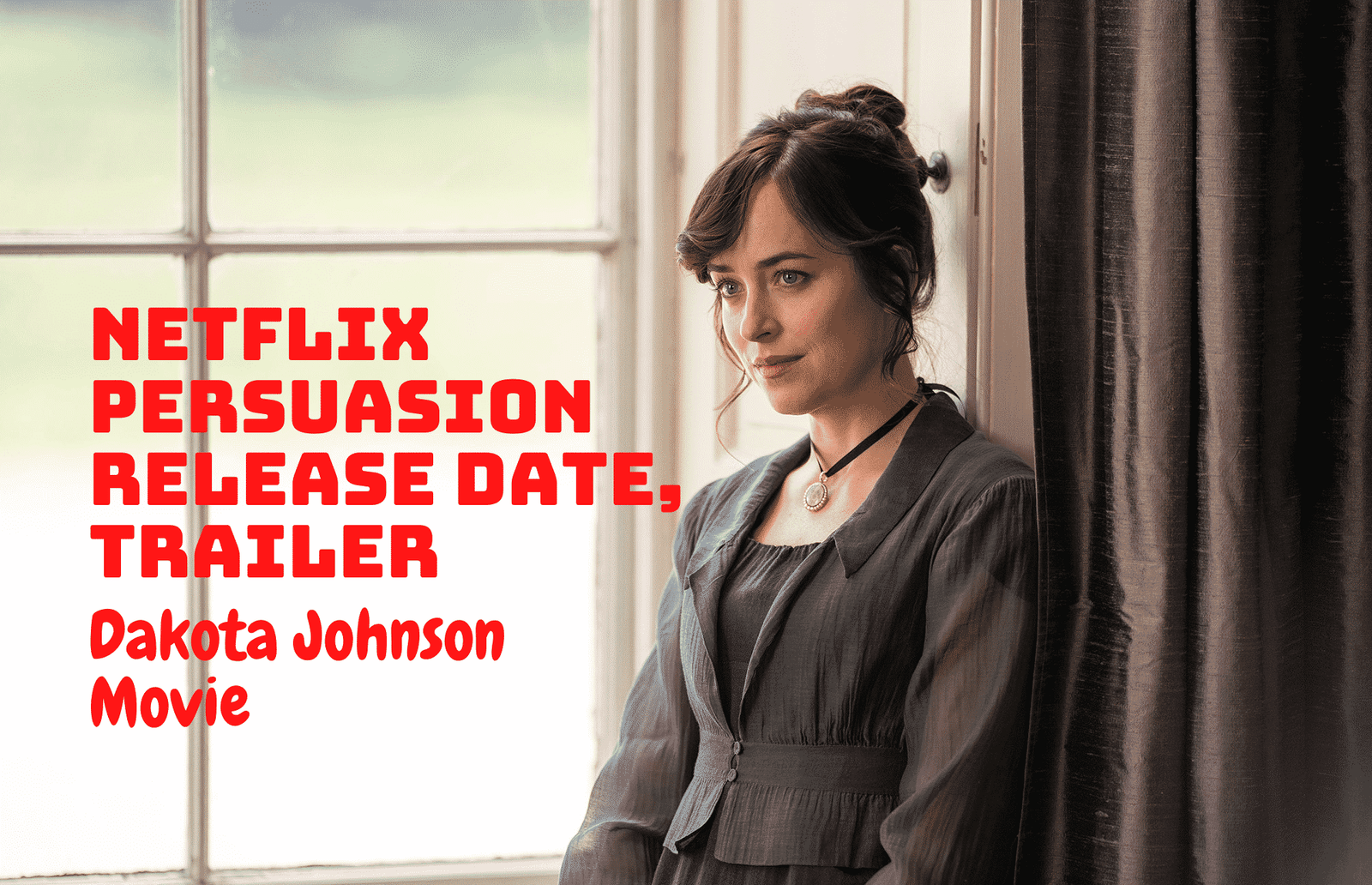 We can’t get enough of Jane Austen novels and their film adaptations, and so we all watch them over and over again. Luckily, there’s now a new adaptation that will undoubtedly have us glued to our seats. We’re talking about the Netflix Persuasion, which stars Dakota Johnson, Henry Golding, Richard E. Grant and many more. In this article, we’ll tell you the release date of the Netflix treatment of Austen’s classic. Let’s get straight to the point then! 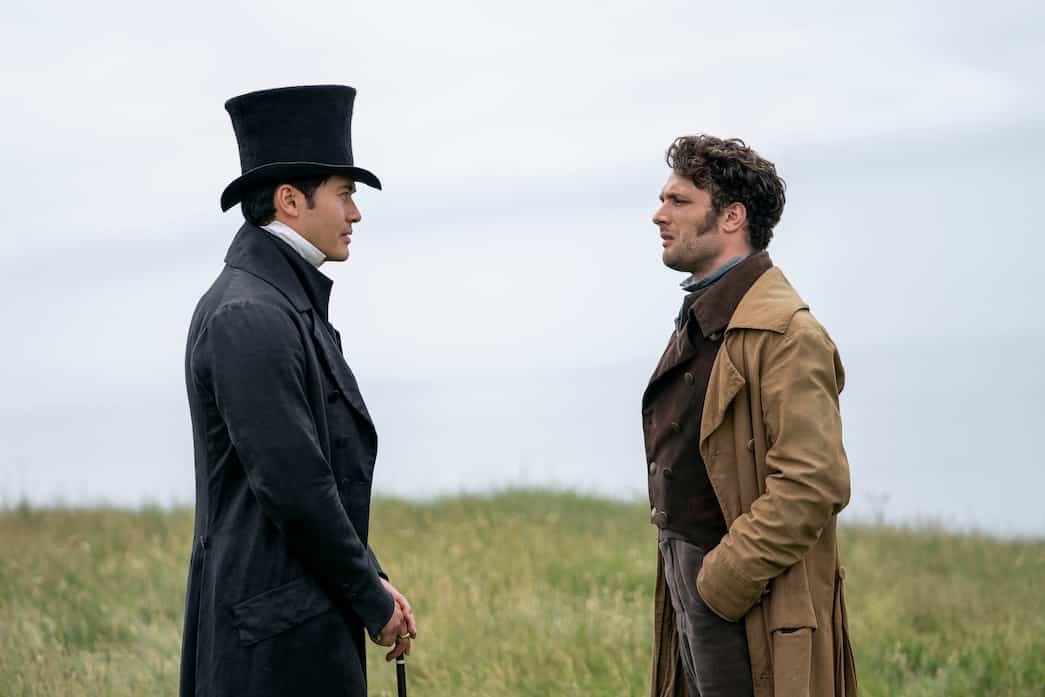 Netflix has happily announced the release date of Persuasion. The latest adaptation of Austen’s novel will hit the streaming platform on July 15, 2022. Unfortunately, though, no trailer has been released yet. 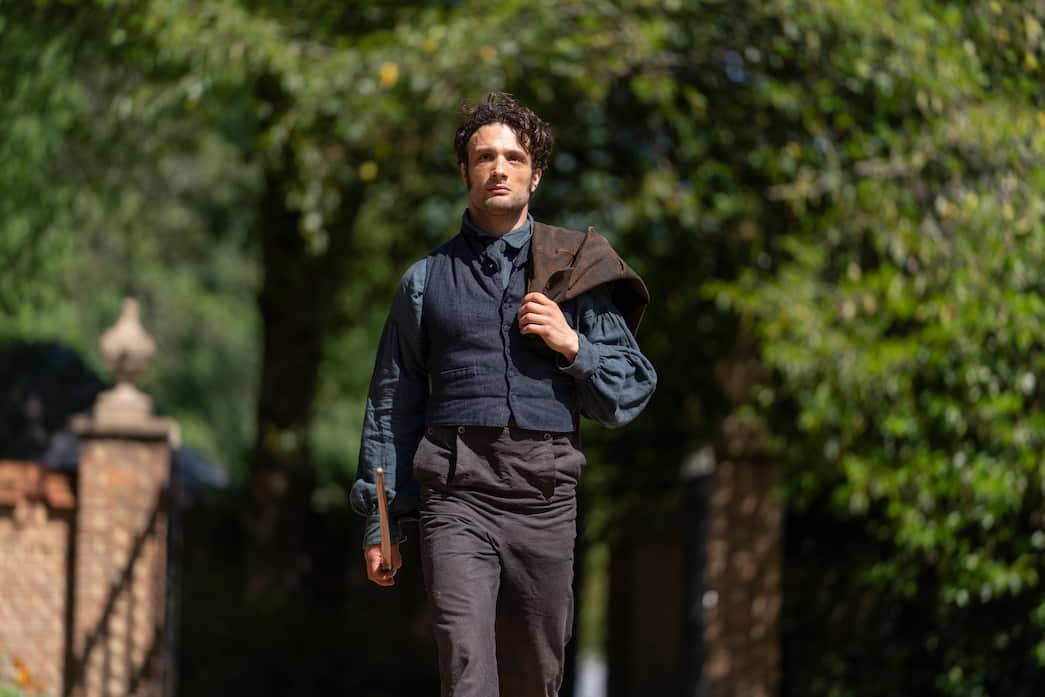 Netflix Persuasion is based on Jane Austen’s sixth and final novel, published six months after her death in 1817. It’s about an unmarried adult woman named Anne Elliot, whose family is on the verge of bankruptcy. Of course, Anne is expected to save her family from financial collapse by marrying a wealthy gentleman.

Just at this moment, Anne’s ex-fiancé Captain Frederick Wentworth reappears in Anne’s life. Anne now finds herself in a quandary, having previously been persuaded to turn down Wentworth’s marriage proposal. Wentworth, on the other hand, has made his fortune and is now looking for a wife. Nevertheless, he hasn’t forgotten and forgiven what Anne did to him in the past. Will the couple end up together despite all odds? No spoilers.

Like most other Austen characters, Anne is an unconventional and headstrong woman. She can be considered a modern female character. Following other film adaptations of the famous novel, Dakota Johnson will breathe life into Anne Elliot in the Netflix adaptation.

Which Movie Version of Persuasion Is Best? 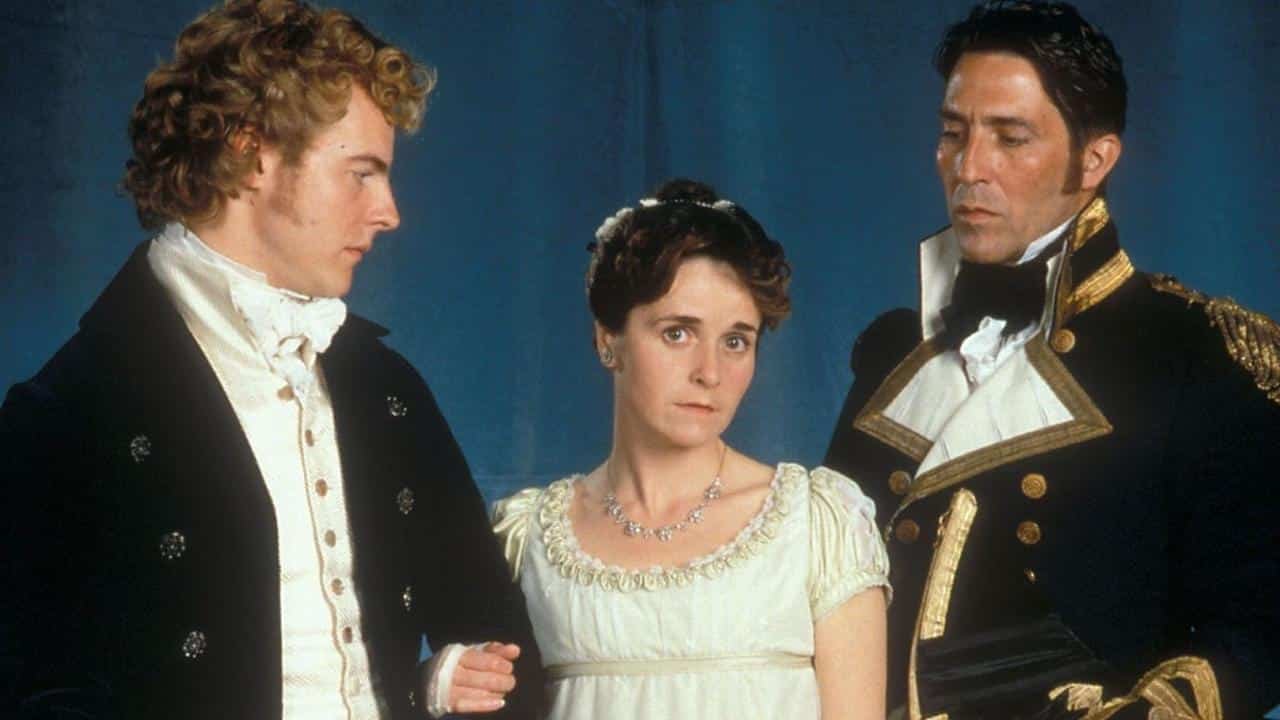 The first movie version of Persuasion was released in 1995. The well-known actress Amanda Root plays the role of Anne Elliot and the Irish actor Ciaran Hinds plays Captain Frederick Wentworth. Since both of them were quite grown up at that time, we believe that they fit well into the roles of the main characters, since both Anne and Frederick are adults and not yet married. A fun fact, the film was shot in chronological order so that Amanda Root could portray Anne’s development.

The 1995 version largely sticks to the novel, so the pace is a bit slower. The focus isn’t on the actions, but on the feelings.

The film was released when Austen adaptations were popular and received critical acclaim. The BBC adaptation of Persuasion won several awards, including numerous British Academy Television Awards, especially in the categories of best design and makeup. 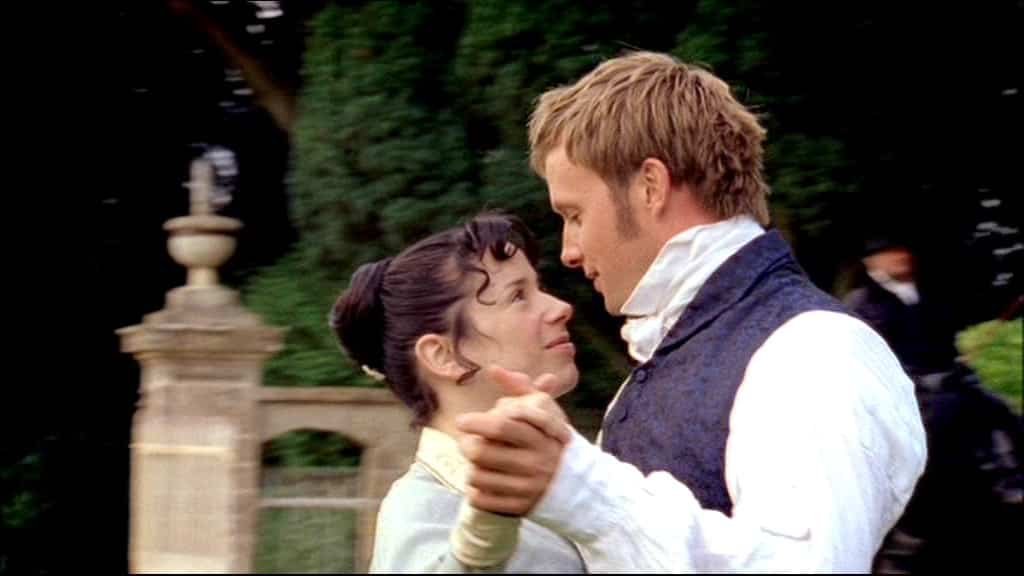 In the 2007 movie version of Persuasion, we see Sally Hawkins as Anne alongside Rupert Penry-Jones as Captain Frederick. Both did as good a job as their predecessors in the 1995 version.

The television adaptation is one of three novels that were adapted for ITV’s Jane Austen series in 2007.

It can be said that the 2007 version is more informal. The producers didn’t bother to strictly stick to the novel, so the ending of the movie is a bit different. Also, this version of Persuasion is more dynamic, so those who want to see more action should watch it. In addition, it’s more modern than the 1995 version, which is quite normal if you compare the release years of the two films.

So which movie version of Persuasion is the best? Well, as die-hard Austen fans, we’ve watched all the film adaptations of her novels, including both Persuasion adaptations. We think it’s worth watching both versions to see the similarities and differences between the two films. However, if you only want to watch one of the two versions, we recommend the 2007 version, because it’s burned itself into our hearts, both for the unforgettable portrayal of the main characters and for the extraordinary vistas that the film offers to the viewers.

Which version do you think is the best? Do you think the Netflix adaptation of Persuasion will be better than the previous versions?

How old is Captain Wentworth in Persuasion? 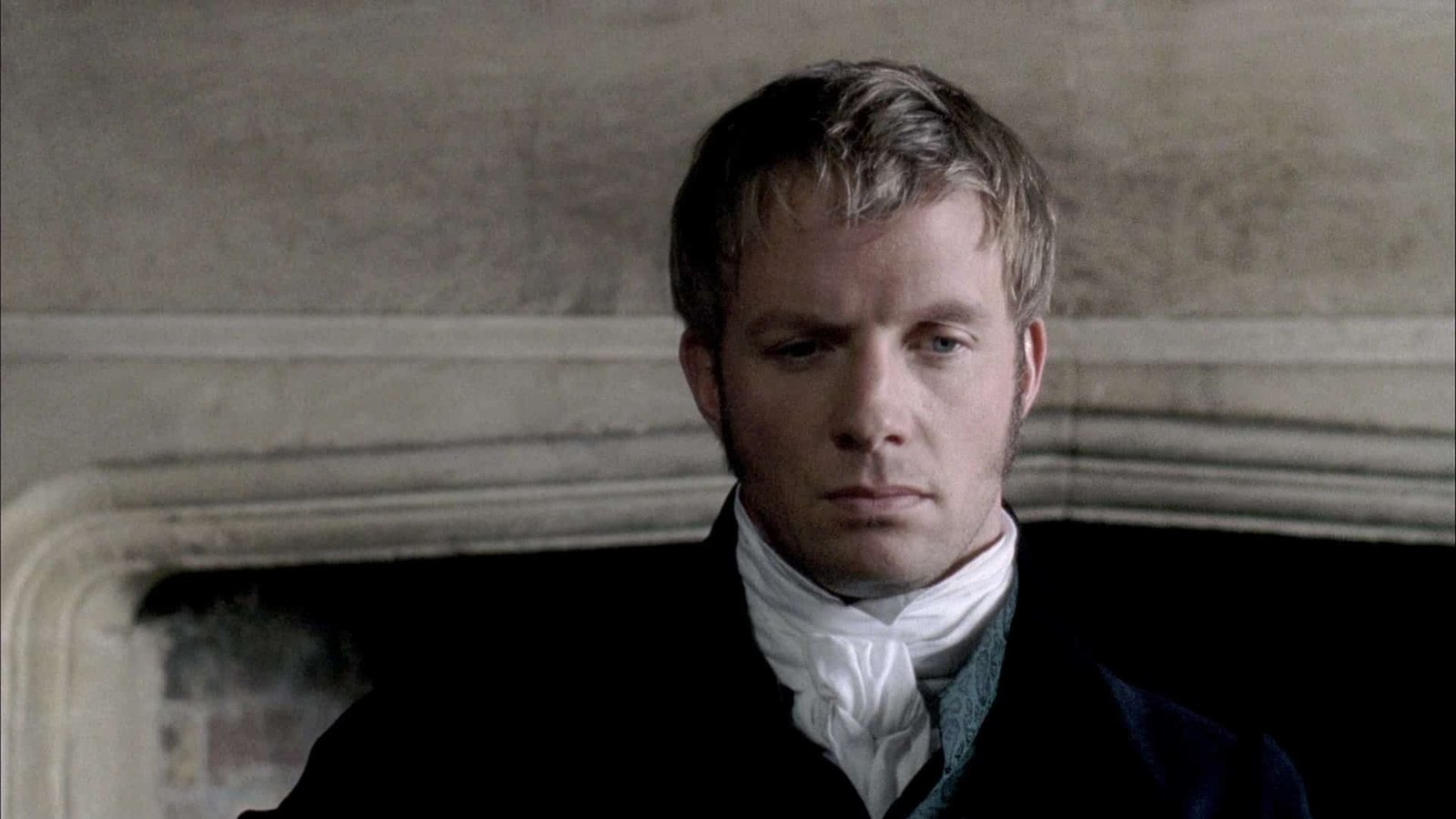 Captain Wentworth is at the beginning of his 30s in Persuasion. He proposed to Anne seven years ago, when he was in his early 20s. 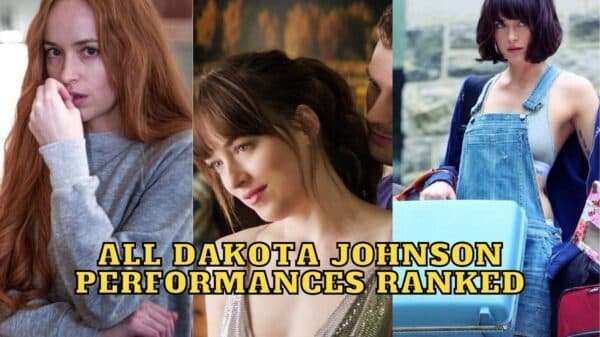 All Dakota Johnson Performances Ranked From Best to Worst – Including Persuasion

The official images and trailer for the upcoming Netflix movie Persuasion, starring Dakota Johnson, made the news recently as many Jane Austen fans directed...