As a brand new teen drama, Young Royals has become the freshest Netflix hit that quickly gained attention worldwide. Presenting a unique combination of multiple TV series from different genres, such as Elite, Gossip Girl, and the Crown, the show managed to gain a cult following already. Thanks to the Young Royals cast that consists of truly teenage actors, even such an extraordinary tale comes across as a genuine narrative and makes us, the audience, relate with it.

The Swedish show follows a crown prince’s experiences in a boarding school and tells a beautiful love story. In the Season 1 of the series, only 6 episodes have been released. However, all those 6 episodes of the Season 1 were structured quite utterly, so much so that as soon as they wrapped up, people started to crave for more. Season 1 ended with a major cliffhanger, where Prince Wilhelm, played by Edvin Ryding, left his love interest Simon, played by Omar Rudberg, due to his responsibilities as a prince. Now, we are dying to see whether or not the young lovers will be able to survive such a tragic breakup. 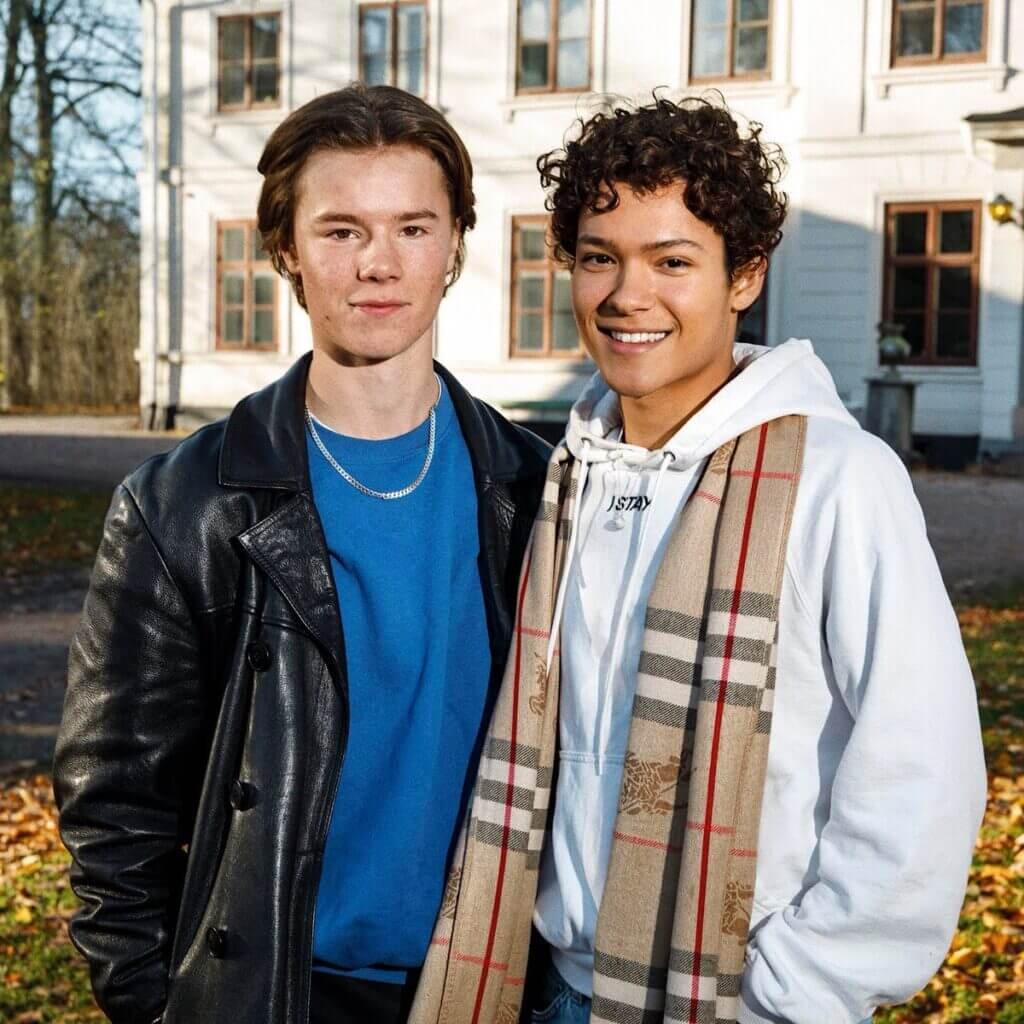 However, unfortunately, Young Royals Season 2 is not expected to be released for a more while now, which means we have to wait about a year to find the answer to our questions. Thankfully, the Young Royals cast has lots to offer, enabling us to fill this gap by going through their personal lives. In this article, we present everything that needs to be known regarding the Young Royals cast. If you binged watched Season 1 already, feel free to jump in! 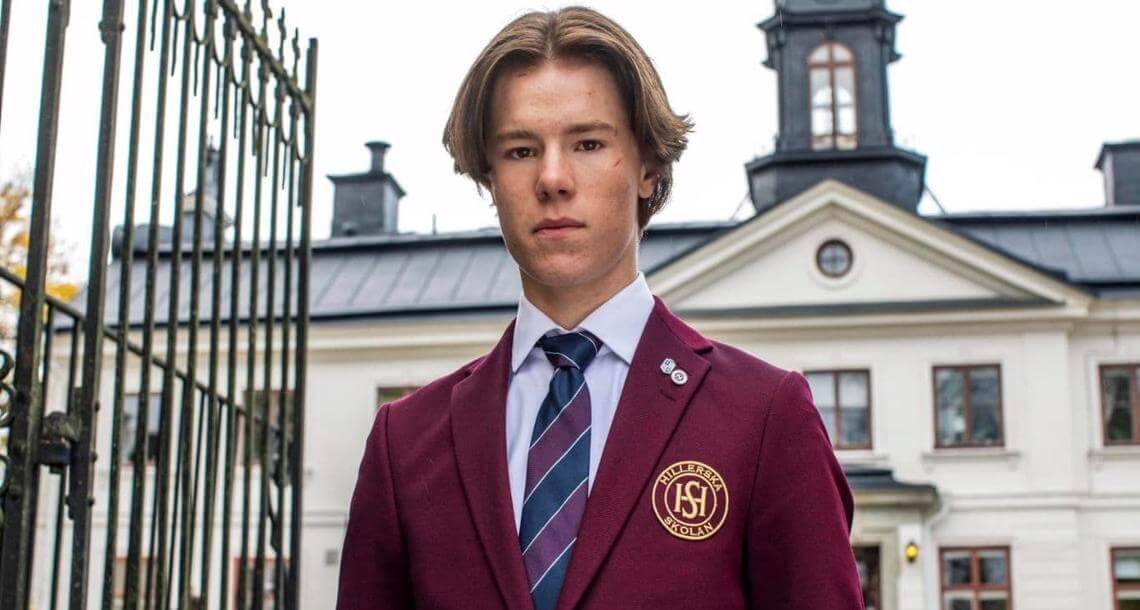 Ryding is an 19-years-old Swedish actor who is no stranger to TV shows. He has been acting since 2009 and is best known for his role in the Swedish series Gåsmamman. Ryding was born in born in Stockholm and is still living there. Although having a quite active social media presence, specifically a large Instagram account, the details of his personal life are still yet to be known. Still, Ryding appears to not date with anyone currently. He is estimated to have a net worth of $500,000.

In Young Royals cast, Ryding plays Prince Wilhelm: a young royal who is in search of freedom and unconditional love. Despite being in love with his schoolmate, Simon, the fact that he is the next in line to the throne complicates their relationship, leading up to their break up at the end of Season 1. 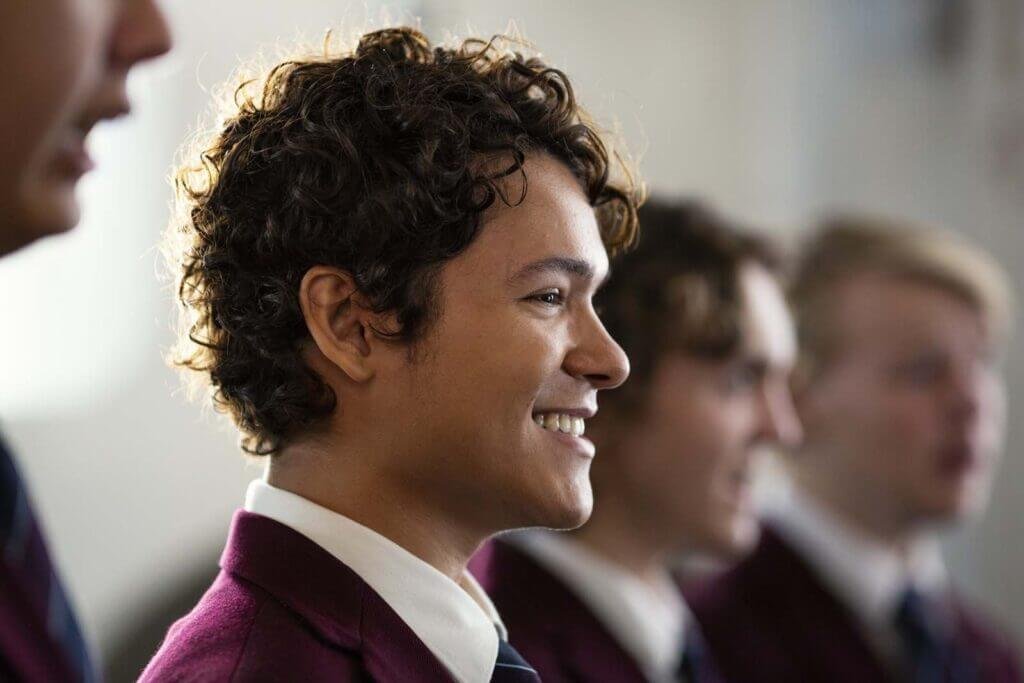 Rudberg is a Swedish and Venezuelan actor who started his career in the entertainment sector as a singer. The 23-years-old was a part of a boy band named Fooo Conspiracy. The band was quite popular at the time, so much so that they were opening for Justin Bieber. After the band, Rudberg continued his journey in music by having a solo singing career. Some of his singles are named “Que Pasa” and “La Mesa”.

Just like Ryding, Rudberg also is one of the Young Royals cast that uses social media quite actively. Based on his online sharings and statements, he seems to have no date as of now. His net worth, which is also based on the estimations, is believed to be around $1,000,000.

In Young Royals, Rudberg plays the role of Simon, who is Wilhelm’s love interest. Unlike the rest of the school, who is representing the society’s creme de la creme, Simon is a scholarship student who is not boarding at the school’s accommodation. Instead, the sweet-natured Simon lives a humble life with his mother.

Besides their on-screen romance, Rudberg and Ryding are quite close in their off-screen lives as well, often referring to each other as “best friends”. 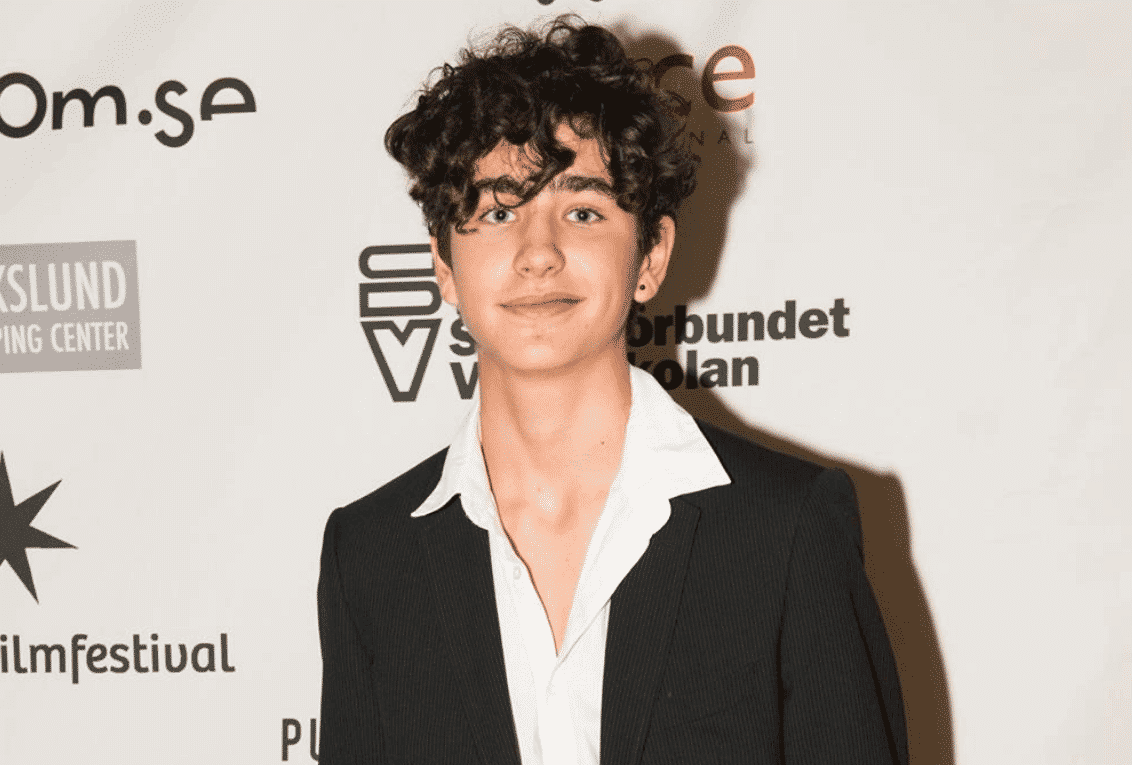 Gårdinger is a 21-years-old Swedish actor. Before taking part in the Young Royals cast, he appeared in well-known Swedish shows such as Morden i Sandhamn and Jordskott. Since he is relatively new to the sector, there is not much information on Gårdinger online. Still, we know that his parents, Karin Myrenberg and Pontus Gårdinger are also actors.

Recently, Gårdinger seems to gain more attention than ever thanks to his role as August in Young Royals. August stands against everything both Wilhelm and Simon stand for. He is self-absorbed, spoiled, rich, and – to be frank – annoying. In fact, he might be seen as the exact opposite of Simon, character-vise. The fact that he is also a part of the royal family – cousin of Wilhelm to be exact – makes him even more complicated. Although it seems like we still have many things to learn about August, for now, it can be said that he is the villain of the show. 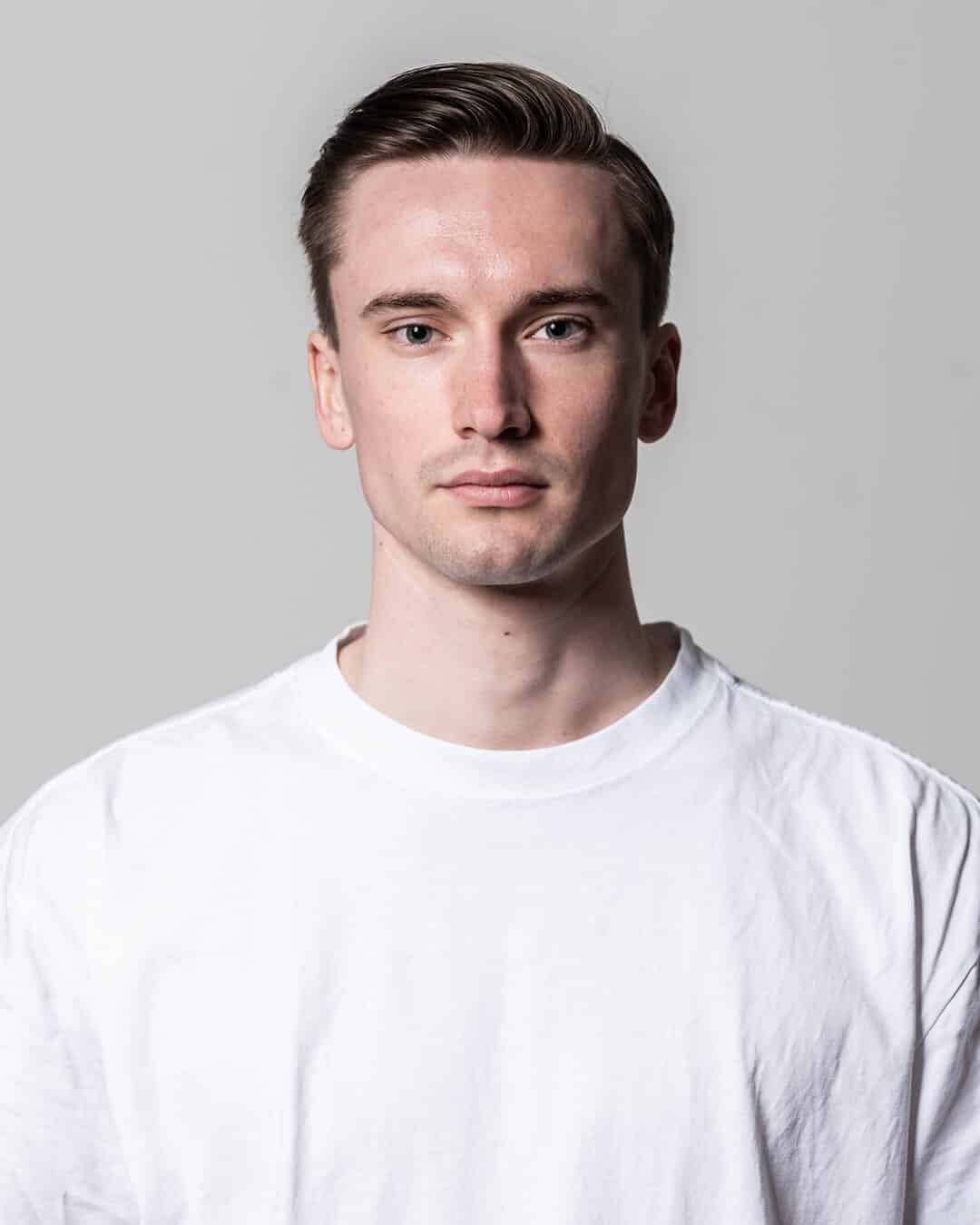 Forsling is – ironically – one of the older names in the Young Royals cast. He is 25 years old and is an acting student at the Luleå University of Technology. He was born in Stockholm and has been in the entertainment sector for three years now. His debut was in the Swedish TV show Rebecka Martinsson. He speaks Swedish, English, and Spanish. He also loves to sing and play guitar and piano.

In the Young Royals, he plays the older brother of Wilhelm and appears as the crown prince of Sweden first. As Erik, he is kind, supportive, and attentive. 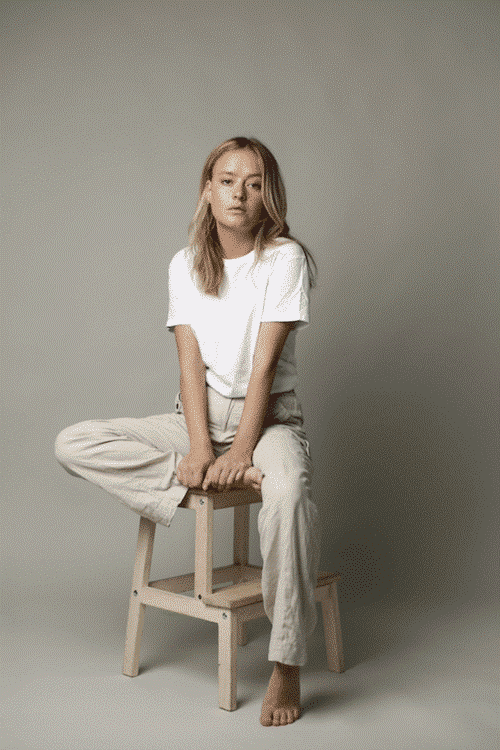 23-years-old Truedsson is known for her roles in 2011’s Anno 1790, 2017’s Exotisk and Swedish series Lyckoviken. Currently, she is studying at  Swedish School in London.

In Young Royals, she plays Stella, who is also a student at the boarding school Hillerska. Although she does not have a major storyline, she is a lovable side character who is often hanging out with other characters like Felicie and Madison. 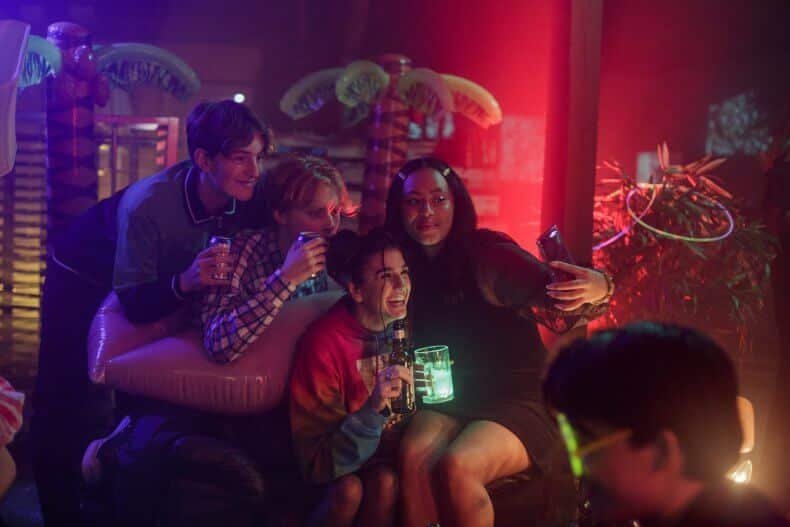 A scene from Young Royals.

Zhao is one of the most mysterious additions to the Young Royals cast. There is almost no information regarding his personal life online. He doesn’t even have any social media accounts, except for a Linkedin page. The only thing we know so far is that he is a student at Rytmus art school.

In the TV show, he plays the part of Alexander, who is a student at the boarding school. Although he doesn’t have a major part in the series, the plotline on his suspension towards the end of the season put him in a critical position since his suspension from the school could harm Wilhelm as well. 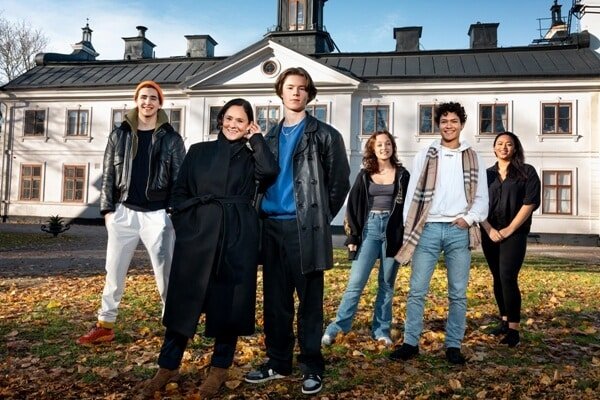 Who Are The Young Royals?

Young Royals is named after a group of young people who happened to be a part of the royal family. Even though not all the students at Hillerska are royalty, many of them are nobles which puts them on the top of the social pyramid. As a privileged group, these students are expected to enjoy life with its full potential, while in reality, they have their own unique problems that can turn life into misery quickly. 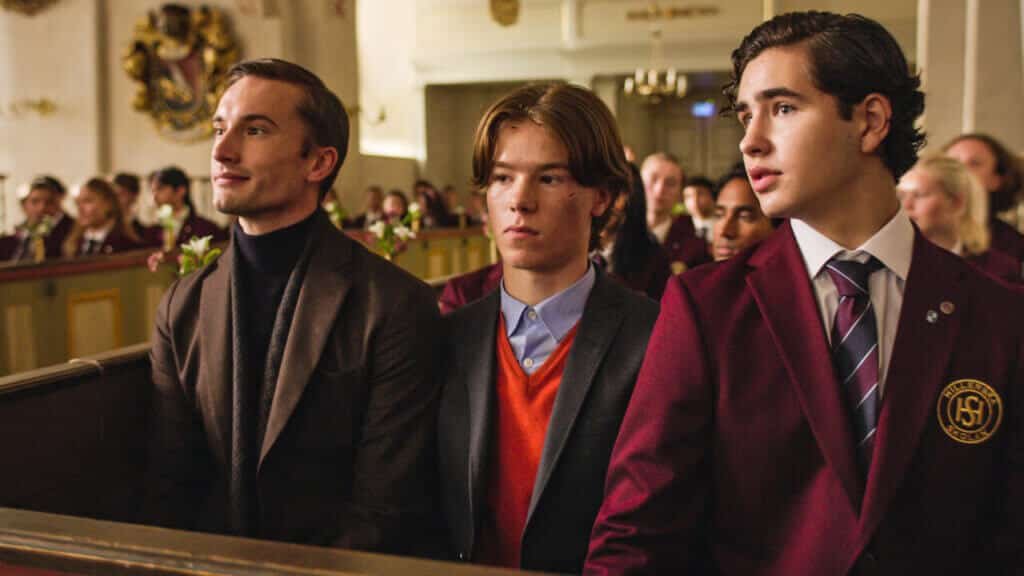 A scene from Young Royals.

Most of the Young Royals cast is expected to return to the show in its 2nd season as well. The name that we are certain of is Ryding as Prince Wilhelm. Apart from him, Rudberg as Simon, Gårdinger as August, Frida Argento as Sara, Nikita Uggla as Felice, Pernilla August as Queen Kristina of Sweden, Nathalie Varli as Madison, and Carmen Gloria Pérez as Linda are other names that we expect to reunite in the Season 2.

One name that has the potential to be removed from the cast list is Forsling. Although there is still the potential of multiple flashbacks, Forsling’s character Erik’s death in Season 1 signals that it might be the time for us to say goodbye to the young prince. 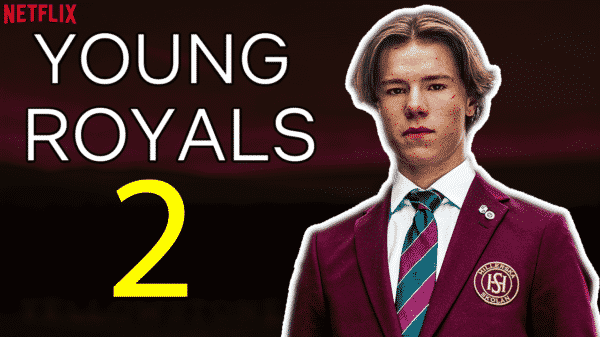 Young Royals series is on Netflix with its first season starting today. This Swedish series, which aired on July 1, attracted our attention with...