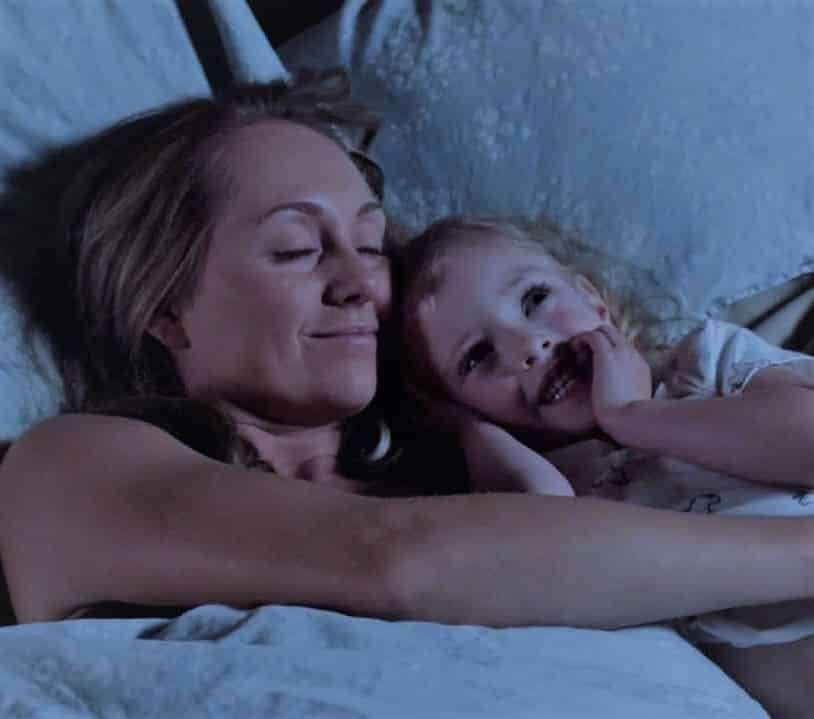 In a classic Heartland episode, Amy tried, as usual, to help a horse and its rider. In the first episode, we saw the opposite. Amy didn’t work with clients in the first episode. But in this second episode, it is possible to say that she has reunited with her former Amy. Unexpectedly she took steps towards getting back in the saddle. 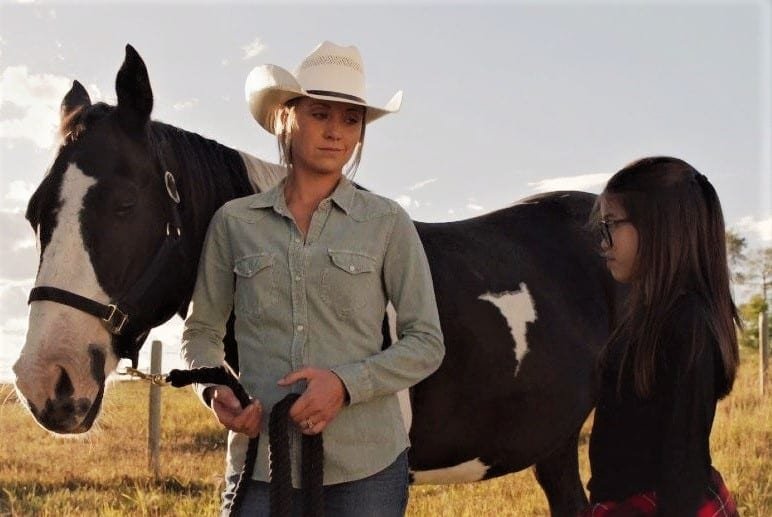 The highlight of the Heartland season 14 episode 2 was our meeting with Parker. At the beginning of this episode, Parker, Jade’s new step-sister, began appearing on-screen. Her father was married to Jade’s mother. Parker moved from Toronto to Hudson to live with her dad. So, our new character entered the series. And what exactly was Amy’s connection to this character? Now I’ll make it clear to you.

Parker’s father bought her a horse named Mickey, and you can imagine that the owner of this horse and our lead character Amy would take care of it. Parker thought her father’s reason for buying this horse was just to make up for his guilt. And she explained it to us in the following words: “He is trying to resolve his feelings of overwhelming guilt for divorcing my mom and marrying another woman and abandoning me here.

My dad’s a family therapist and my mom’s a psychologist so cigars are never just cigars. Or should I say a horse is never just a horse?” From these words, we realized that Parker was not actually a horse person, and even a little afraid of them. Also, she didn’t know how to ride. Therefore, Jack offered to find someone to teach Parker how to ride. Let’s see how Amy handled it in the Heartland season 14 episode 2.

Amy accepted Jack’s offer, reluctantly from the start. And she taught Parker everything she needed to learn. Just as the two of them went for a walk with Mickey, the horse got scared of something and ran away. While Amy was trying to figure out what happened to the horse, Parker told her that the horse had previously been a therapy horse. Upon hearing this, Amy decided that she needed to know about the horse’s previous life.

Parker’s father bought this horse from New Day Horse therapy. So they decided to go there. Because they had to talk to the horse’s previous client. It was Abraham. He told them that he and Mickey formed a bond during his time as a customer at New Day. He was forced to emigrate from Syria to Canada, and he overcame his anger thanks to this horse.

Parker thought Amy and I weren’t a very good couple, while Amy thought they were a good couple for Mickey. Parker’s gift of a horse had been a turning point for Amy in doing her favorite job, working with horses. Amy was back to the good old days. We are extremely happy to see that.

Jack And Tim’s Cattle Drive With Jade And Quinn 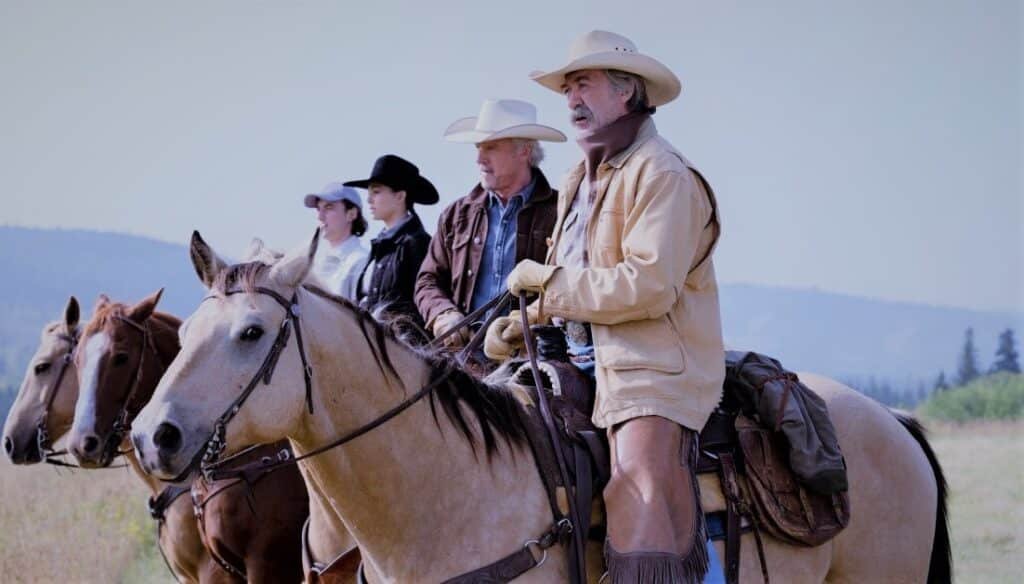 Another topic in the Heartland season 14 episode 2 was that Jack and Tim went on a bi-annual cattle drive with Jade and Quinn. Everyone but Quinn had a different goal in this plan. Jack and Tim didn’t want to be with Quinn on the tour. But when Lou walks in and asks Georgie why she bought two tickets to Florida and when Georgie revealed that Quinn’s family had invited her to train at their world-class facility for several months, Tim’s idea had changed. Because he had to get to know Quinn better.

Since the very beginning, Jack was hostile to Quinn. Although Quinn lost 3 cows on this trip, Tim defended him against Jack. Because Quinn didn’t know much about animal care. And we think that this is very normal. On the contrary, Jack’s anger was unnecessary. So Tim decided to talk to him about it. 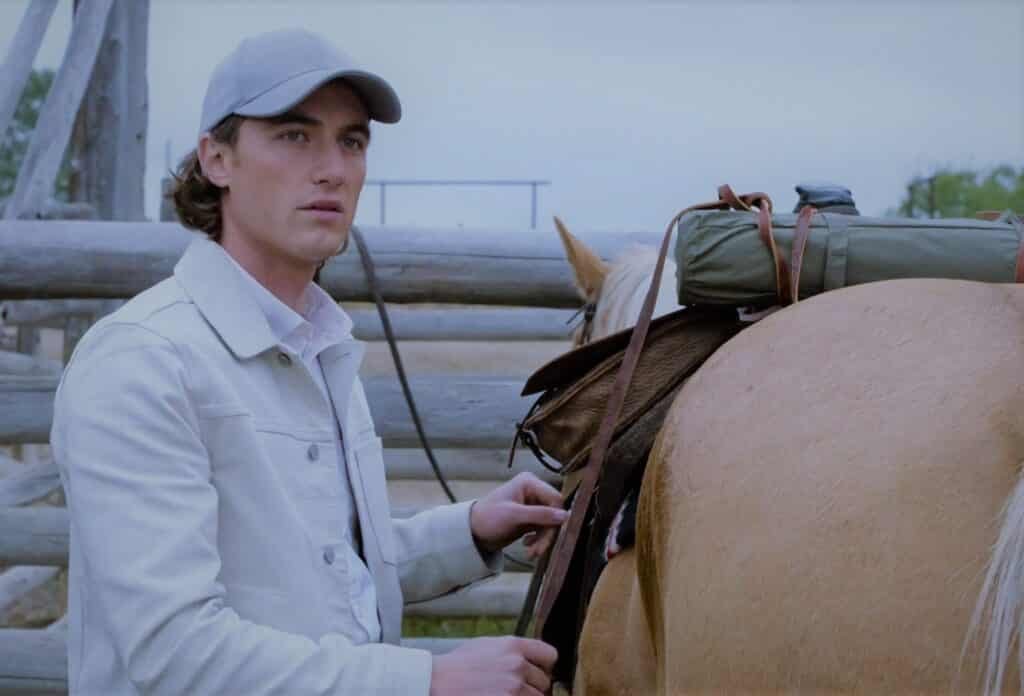 There was a dialogue between them: Tim: “You’re being mean, Jack. The Jack I know is never mean. Which makes me think that it’s about something else, not Quinn.” Jack: “Maybe it’s about having to listen to you blabber on.” Tim: “Not about me either. Or anybody else in this cattle drive. It’s about somebody that isn’t.” It wasn’t about his anger at Quinn, it was about the tension caused by Ty not being here. Producers presented us with a Flashback in which Jack remembers taking Ty on a cattle drive for the first time. After Tim realized that this was the point, he was eager to help him and explained his thoughts.

He advised him that his anger at Quinn was unnecessary and that he should correct it. And in the morning we witnessed a scene of reconciliation with Ty’s grief. Jack took Ty’s cowboy hat and placed it in the creek next to where Ty fell off the cliff, allowing it to swim. This scene was again a scene that upset us by reminding us of Ty’s sudden death. Jack later apologized to him for his behavior towards Quinn. It looked like the problem between them had been solved, didn’t it?

Pains Of Being The Mayor Of Hudson For Lou 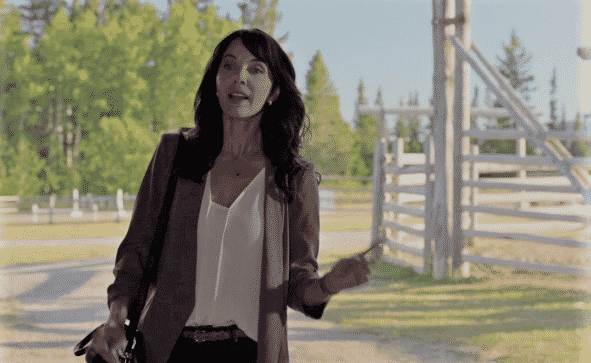 Finally, we saw the pains of being the mayor of Hudson for Lou in the Heartland season 14 episode 2. And everything started with just a plumbing leak. When Lou entered the office, she saw Rick, her Chief Administrative Officer, staring through the wall where water had seeped into the couch. He was never making an effort and he was just looking. The leak was continuing. Then he called the care worker but found out he was on vacation. Lou said it would be a good idea to call a plumber, but Rick questioned the idea for some reason. As it later turned out, there was a good reason for Rick questioning Lou’s idea.

Lou had used taxpayer money to renovate her office and buy a new couch according to an article released in the Hudson Times. Although she demanded that they withdraw the text, it was too late. On the other hand, Lou had used public funds to pay for the repairs of the office and a new couch. Rick saw himself as more experienced than Lou, he was of the opinion that he should be asked before doing anything. That’s why he treated her like that. Lou was disgusted with this situation. As he closed this topic, he instantly moved on to another topic.

Lou had asked to use heartland beef for the barbecue to the committee planning the Autumn Harvest Festival. Because she thought she could get her beef at a fraction of the cost and therefore save money for the city. But Rick didn’t agree with the idea, he thought people would find it differently. It might seem that she’s filling the pockets of her family business with public funds. Therefore, she had to go back to the old supplier.

Moreover, Parker and Katie were protesting the use of pesticides in Hudson’s parks during the Fall Harvest Festival. Lou was starting to think she couldn’t do it. Fortunately, her grandfather was giving her a nudge in the right direction and reminding her that there are still ways for her to do good as Hudson’s mayor.

With the power that this gave her, Lou made a number of promises during a speech at the Autumn Harvest Festival. Lou had promised to set up a committee to study the use of bee-damaging pesticides and to make a personal donation to the Canadian Bee Research Fund. With these promises, she seemed to gain the trust of not only Parker but also the public as their major.

Getting Rid Of Grief Over Ty’s Death 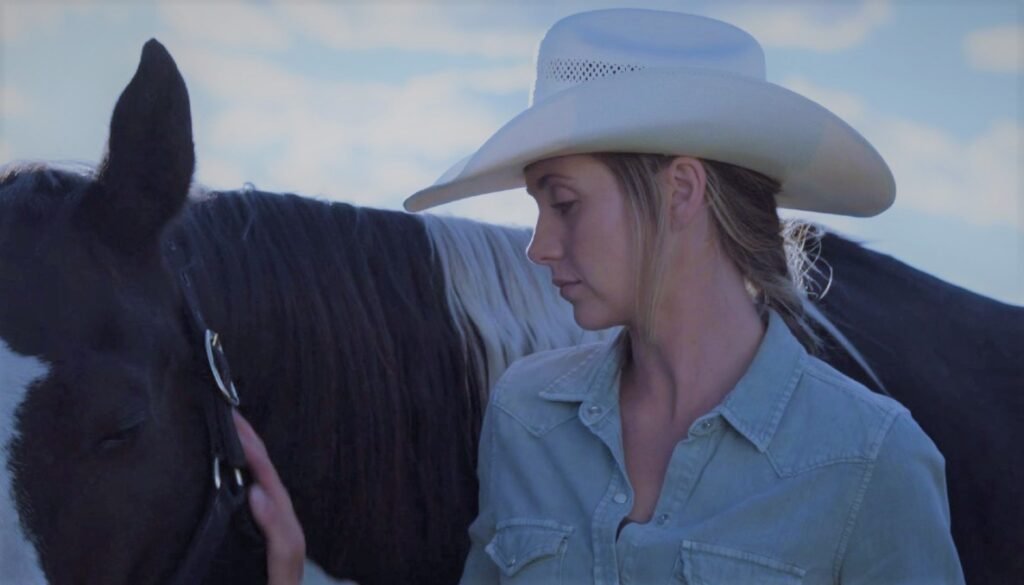 Now we come to the end of the Heartland season 14 episode 2.  But I’d also like to talk about my own thoughts about the episode. We have witnessed most characters in the series slowly begin to recover from the grief of Ty’s death and return to their own normal lives. I am happy and peaceful to see both Amy and Jack’s final goodbyes to Ty in the Heartland season 14 episode 2.

Of course, their mourning is not over, but I think their mourning has learned to take a background. And this is a big step for them. We saw they started to cherish all the great moments they had with him instead of being consumed by the pain of losing him. That’s what was supposed to happen.

For people who have experienced sudden death like this, I think Heartland season 14 episode 2 is hope for them. Pain always stays in our lives, but we can start living our lives again. Pain can’t stop us. Thank you if you’ve read this far. Don’t forget to follow our site for more summary content.