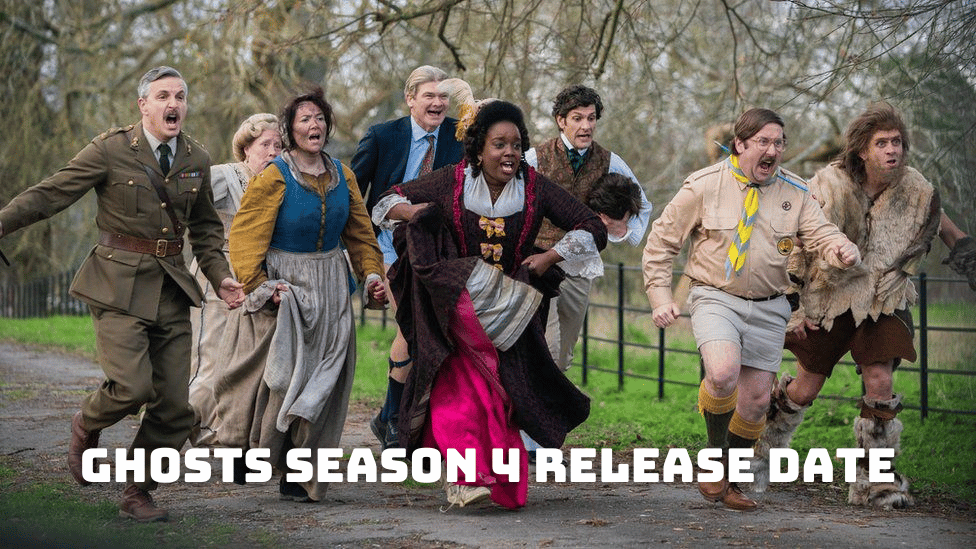 The BBC series Ghosts has haunted us for 3 great seasons – sorry, blessed – and so Ghosts Season 4 is eagerly awaited. But will there be a 4th season of the sitcom? Here is everything we know about Ghosts Season 4. Without much ado, let’s get right to it! 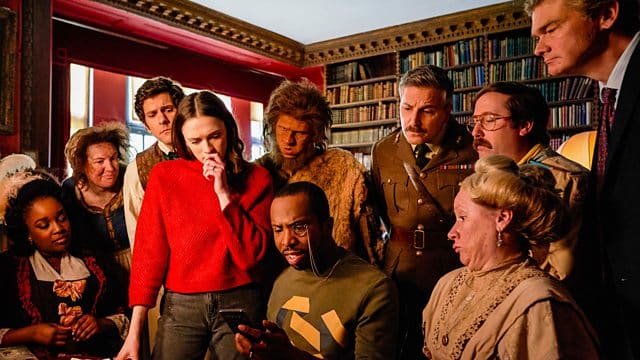 Get ready to be hunted by Ghosts, because the BBC series is returning to the small screen. In November 2021, BBC officially announced Ghosts Season 4. The production began production in January 2022 and  was completed in mid-March. Unfortunately though, the channel has yet to announce a release date or trailer for the upcoming season. However, considering the premiere dates of the previous seasons, we can speculate that the series might hit the screens in the fall of 2022. We’ll keep you updated with the latest news about Ghosts Season 4, stay tuned.

Is The BBC Show Ghosts on Netflix?

Unfortunately, the BBC series Ghosts isn’t available on Netflix. Luckily, though, there are plenty of streaming platforms where you can watch Ghosts. You can stream the BBC series on BBC One’s website, HBO Max, Apple TV, and Amazon Prime Video.

As mentioned above, we don’t know when Ghosts Season 4 will premiere. That’s why we have compiled 5 shows like Ghosts that you can watch while waiting for the next season. 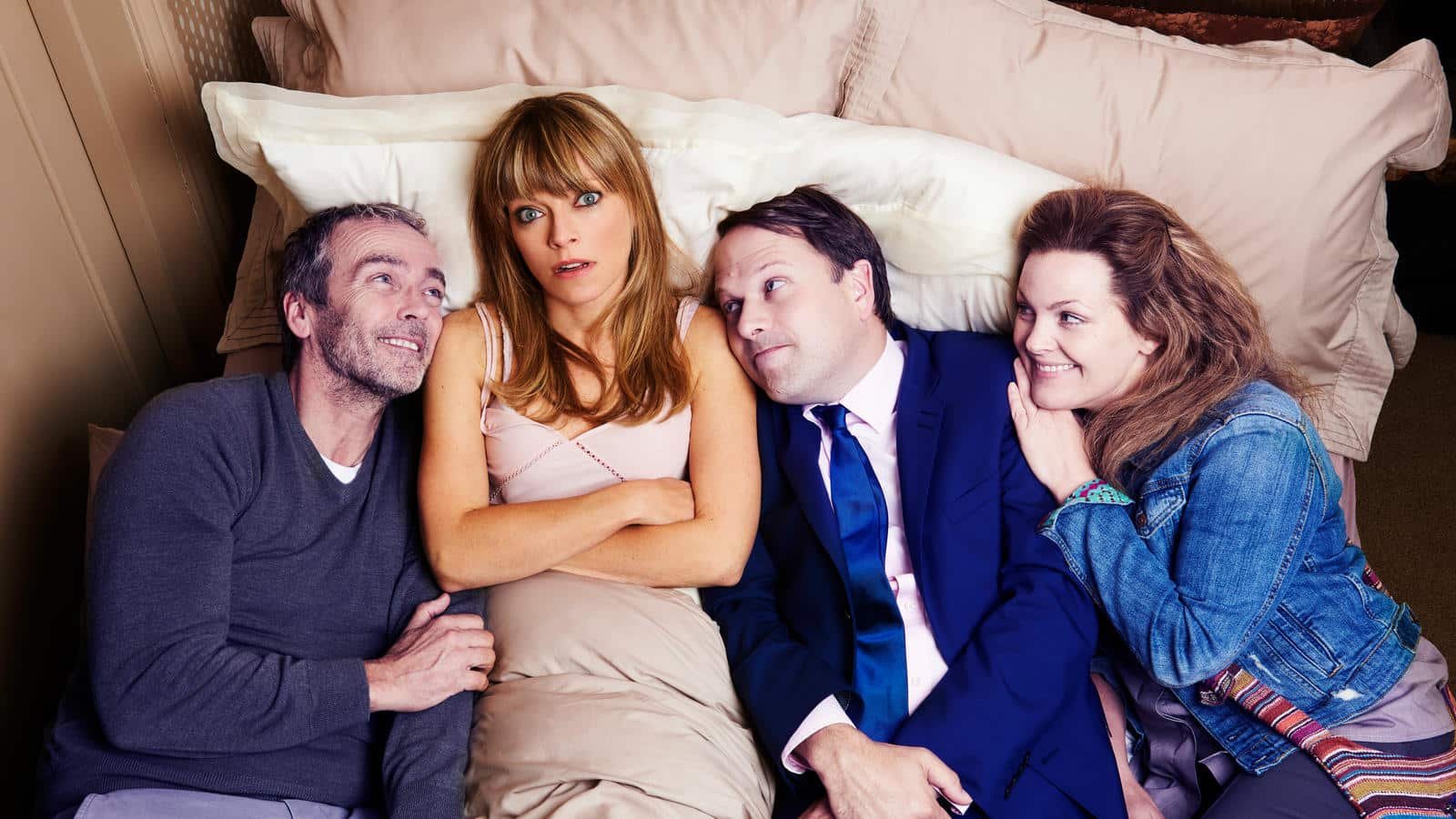 Like Ghosts from BBC, Marley’s Ghosts is also a British sitcom. It premiered on Gold in 2015. The series spans 2 seasons and revolves around Marley Wise, a magistrate who is able to see and speak to a trio of ghosts: her husband, her lover, and the local vicar. Starring Sarah Alexander, Jo Joyner, Nicholas Burns, John Hannah and Mina Anwar, Marley’s Ghosts has 9 episodes, all of which are available on Apple TV. 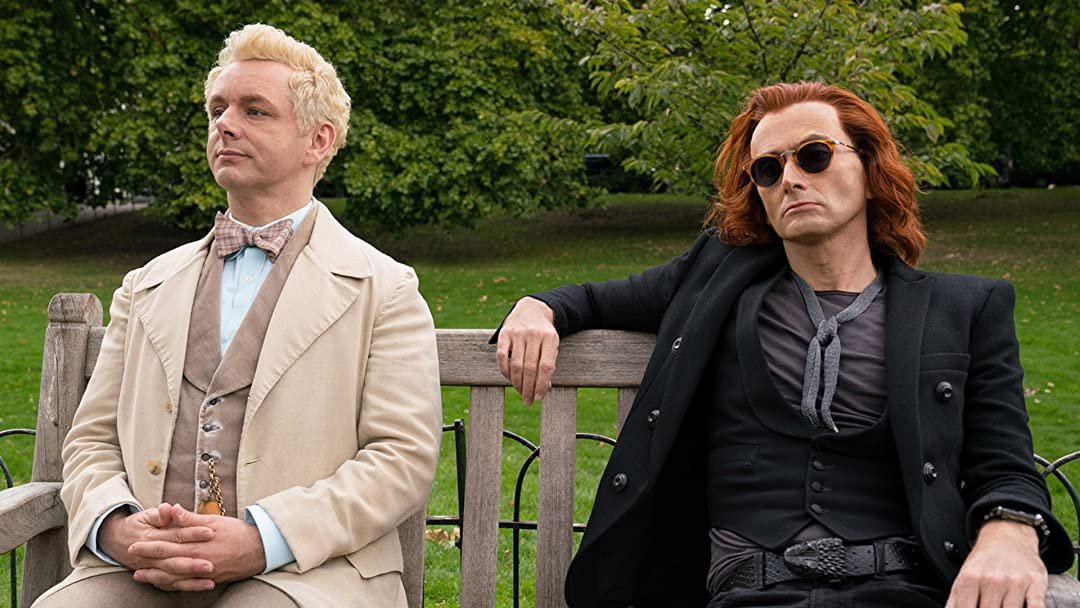 Good Omens is definitely our personal favorite among other shows like Ghosts. The miniseries was written by successful author Neil Gaiman and is based on the novel of the same name by him and Terry Pratchett. The series is set in modern times and follows the demon Crowley and the angel Aziraphale, long-time acquaintances who, after getting used to life on Earth as representatives of Heaven and Hell, try to prevent the coming of the Antichrist and thus Armageddon, the final battle between Heaven and Hell. You’ll be captivated not only by the series’ gripping story, but also by its fantastic cast, starring Michael Sheen and David Tennant. You can stream it on Amazon Prime Video. 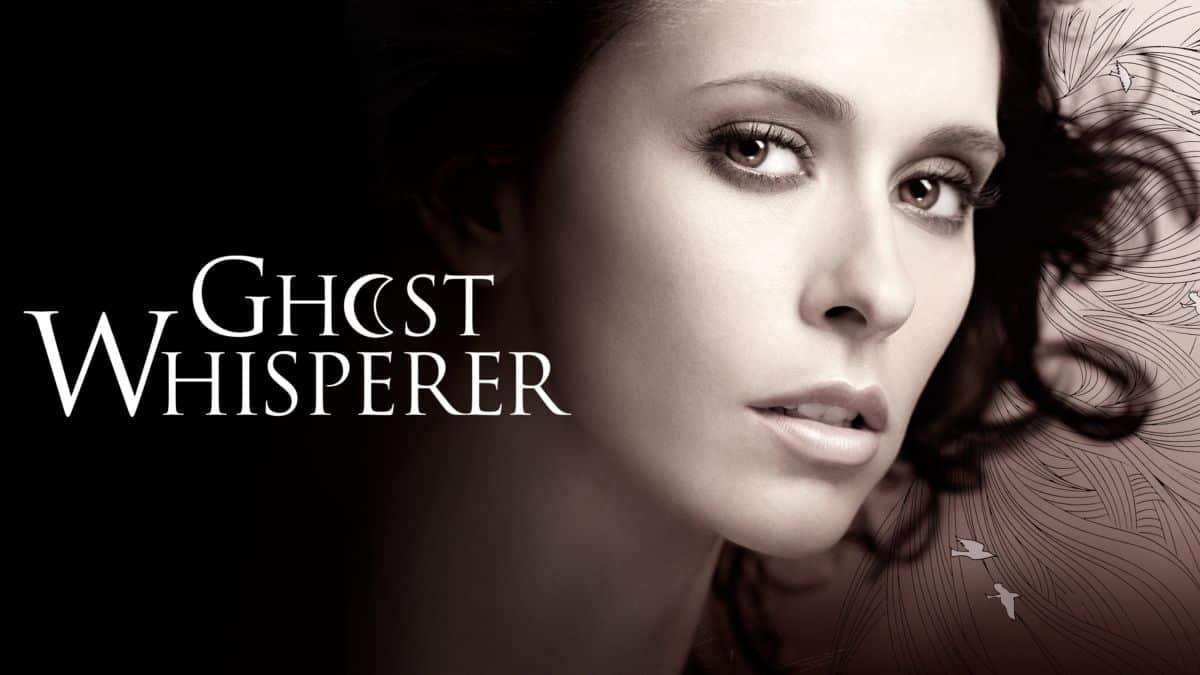 Ghost Whisperer is a long-running CBS series that aired on the network from 2005 to 2010. It revolves around Melinda Gordon, a married woman who runs an antique store and is able to see and communicate with ghosts. She helps earthbound spirits solve their problems and pass into the light or spirit world. In the series, Jennifer Love Hewitt plays the role of Melinda, and the show also stars Aisha Tyler, David Conrad, Camryn Manheim and others. You can watch Ghost Whisperer on Hulu. 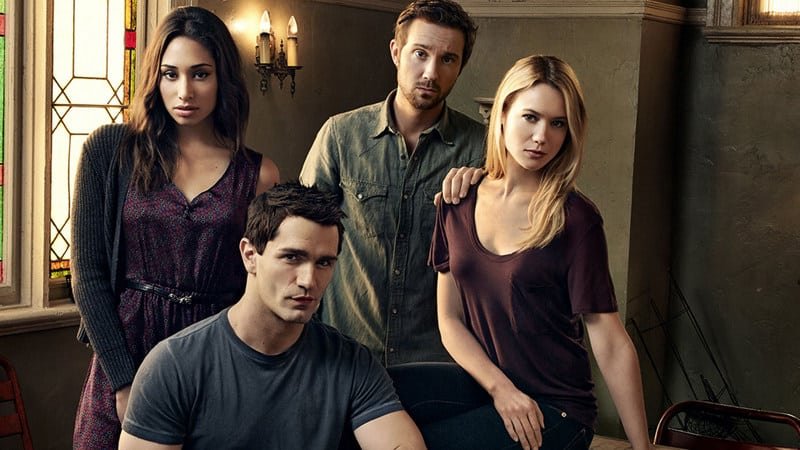 Being Human is one of the shows like Ghosts and also a BBC original series. Created and written by Toby Whithouse, the supernatural comedy series has elements of flatshare comedy and follows a werewolf, a vampire and a ghost who share a shelter and try to live a “normal” life as best they can, blending in with the normal people around them while trying to fit in more. The series has 5 seasons, all of which are available to stream on Amazon Prime Video. 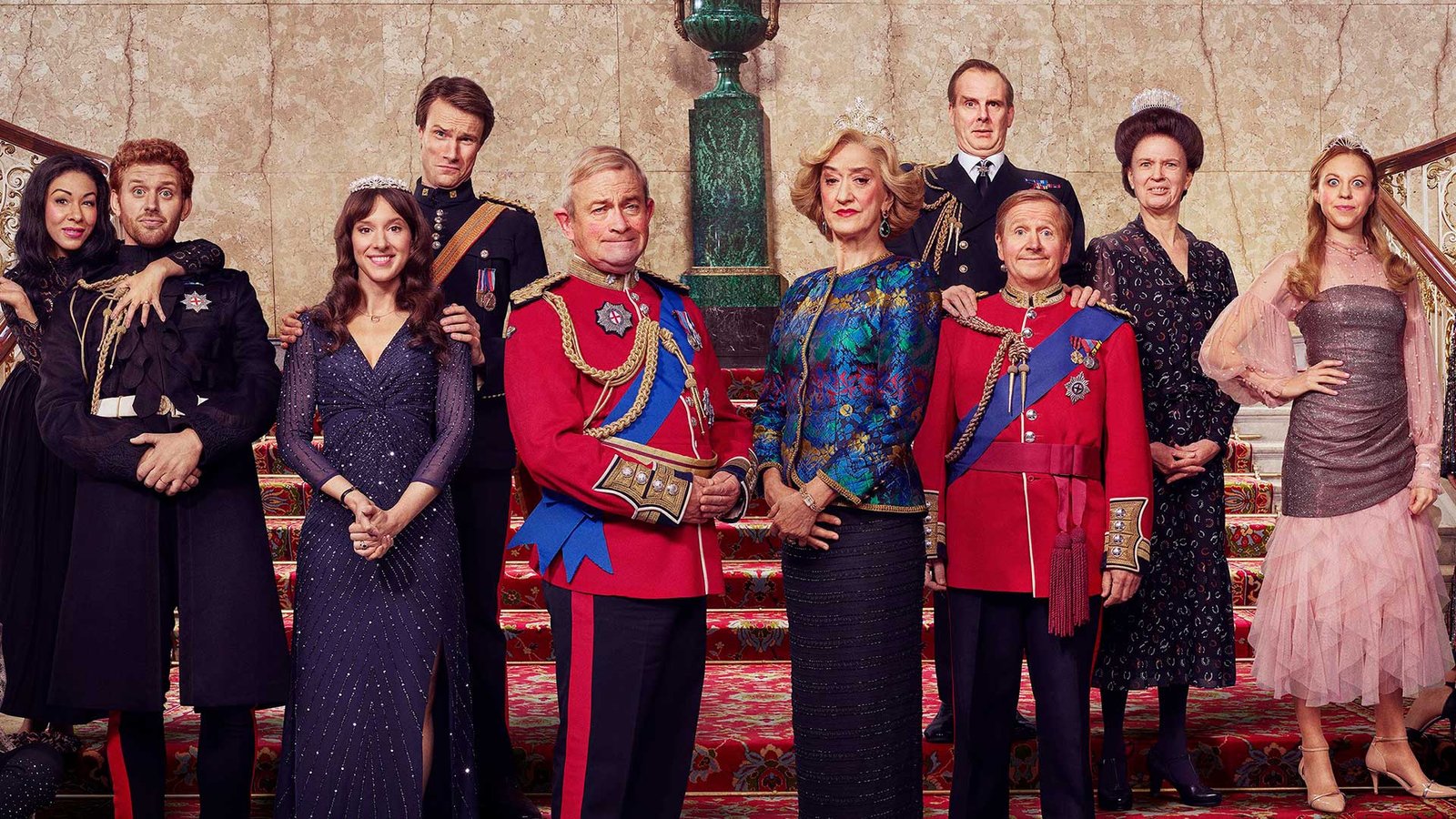 First aired on Channel 4 in 2016, The Windsors is a British sitcom that parodies and satirizes the British royal family, the House of Windsor. The plot of the series is fictional, but it was inspired by real events. It stars Harry Enfield, Haydn Gwynne, Hugh Skinner, Louise Ford and Richard Goulding in the main roles. There are 3 seasons in total, all of which are streaming on Netflix. 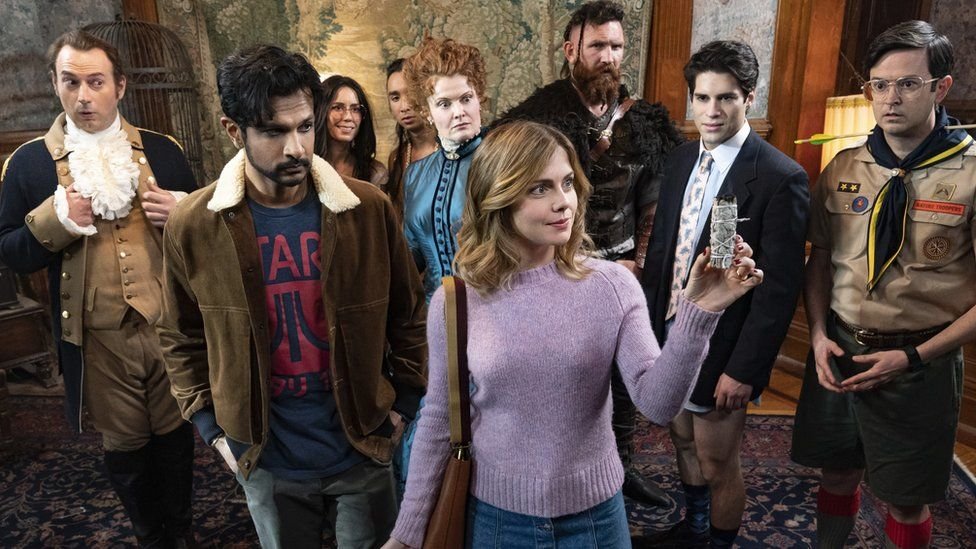 As mentioned earlier, BBC’s Ghosts was adapted by CBS in 2021 and it follows the exact plot as its predecessor. The American adaptation of the series stars Rose McIver, Utkarsh Ambudkar, Brandon Scott Jones and others. It has 1 season which consists of 18 episodes. The series was renewed for a 2nd season which is set to premiere on September 29, 2022. You can definitely give CBS’ Ghosts a try while waiting for the original Ghosts Season 4. 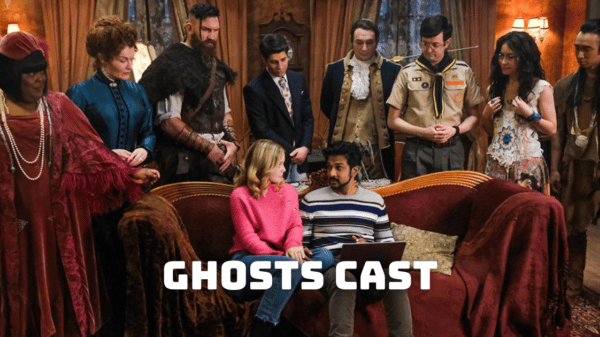 The CBS sitcom Ghosts, adapted from the British series of the same name, returns to the small screen on September 29, 2022 to haunt...