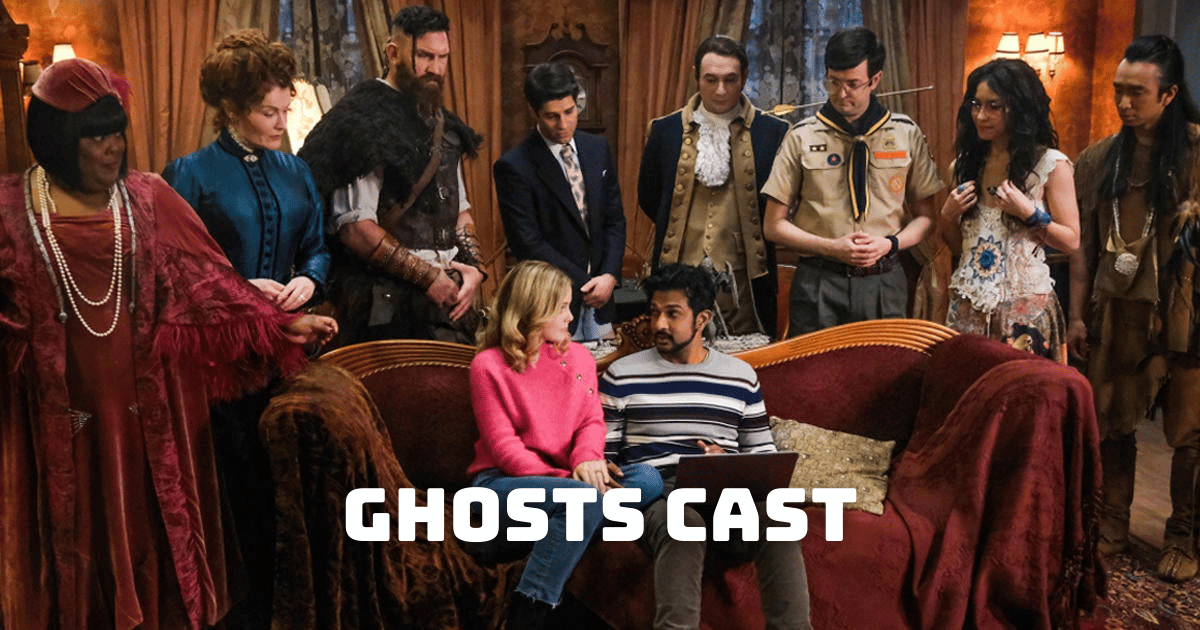 The CBS sitcom Ghosts, adapted from the British series of the same name, returns to the small screen on September 29, 2022 to haunt you once again! In January 2022, the renewal of the series was announced and we’ve been eagerly waiting for Ghosts Season 2 ever since. There are several ghosts in Ghosts cast that will be haunting our homes this season, too. Without further ado, let’s meet them. 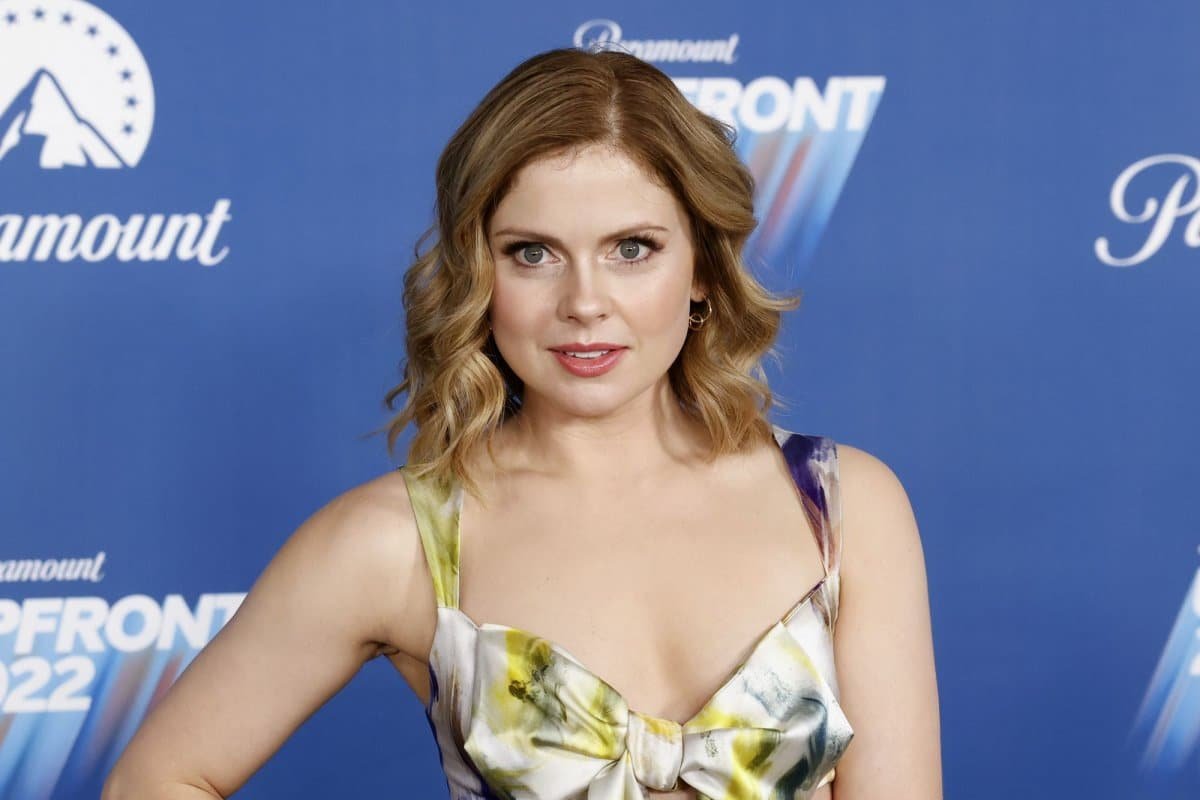 Rose McIver, 33, is a New Zealand actress who plays one of the main characters in the American version of the TV series Ghosts, Samantha Arondekar, a freelance journalist who, after an accident that brings her close to death, is revived with the ability to see and hear ghosts everywhere. Although she began her career in 1993 and has appeared in numerous films and TV series, McIver became famous for her roles in the series Masters of Sex, Once Upon a Time and iZombie. Notable films in which the actress has participated include Daffodils, The Lovely Bones and Petals on the Wind.

McIver is currently dating Australian photographer George Byrne. McIver met Byrne when she was dating her ex-boyfriend Benjamin Hoeksema in 2011. Utkarsh Ambudkar is a 38-year-old American actor and rapper who comes from an Indian immigrant family. The actor is featured in Ghosts cast with his role as the other main character, Jay Arondekar, Samantha’s husband and an unemployed cook. He made his debut in 2007 with the comedy film Rocket Science. Since then, he has starred in several films and TV series, including Brittany Runs a Marathon, Free Guy, The Mindy Project and Harvey Street Kids. He also had a recurring role in the Hulu miniseries The Dropout. However, Ambudkar is best known for his role in Blindspotting, a 2018 American comedy-drama.

Ambudkar has been married to a namesake of British model Naomi Campbell, since 2019. The couple has two children: a daughter and a son. 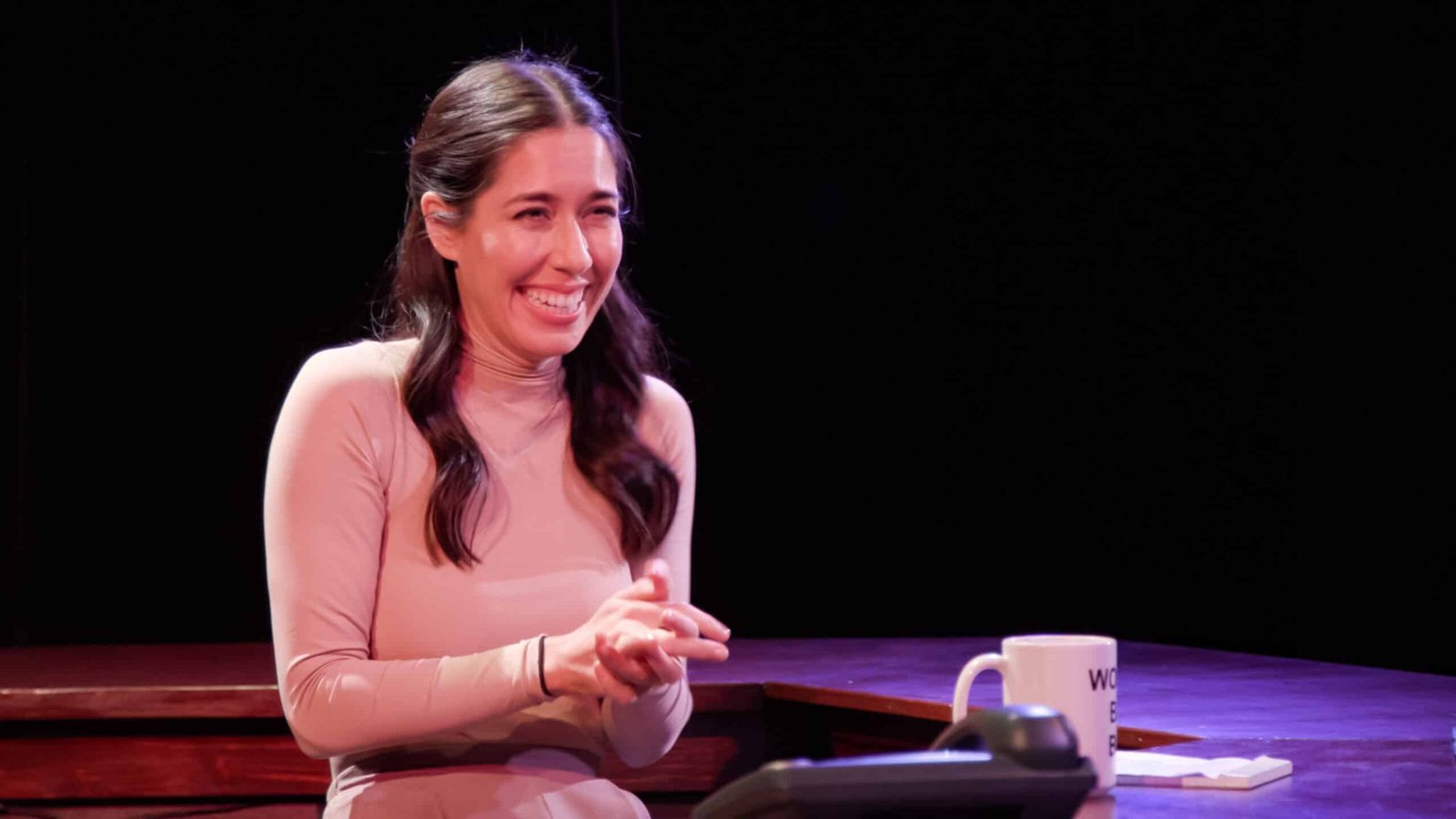 Sheila Carrasco is in Ghosts cast with her role as Susan Montero, aka Flower, a hippie woman who died trying to befriend a wild bear. The actress had appearances in several TV series such as Jane the Virgin, Carrier and The Beauty Inside. However, we can say that Ghosts is the actress’ longest running work in the TV industry. A Lot of Nothing, Good Luck with Everything and Open House are some of the feature films in which Carrasco has acted.

Sheila is in her mid-twenties and according to her Instagram account, she’s married. Her husband’s name is Josh. 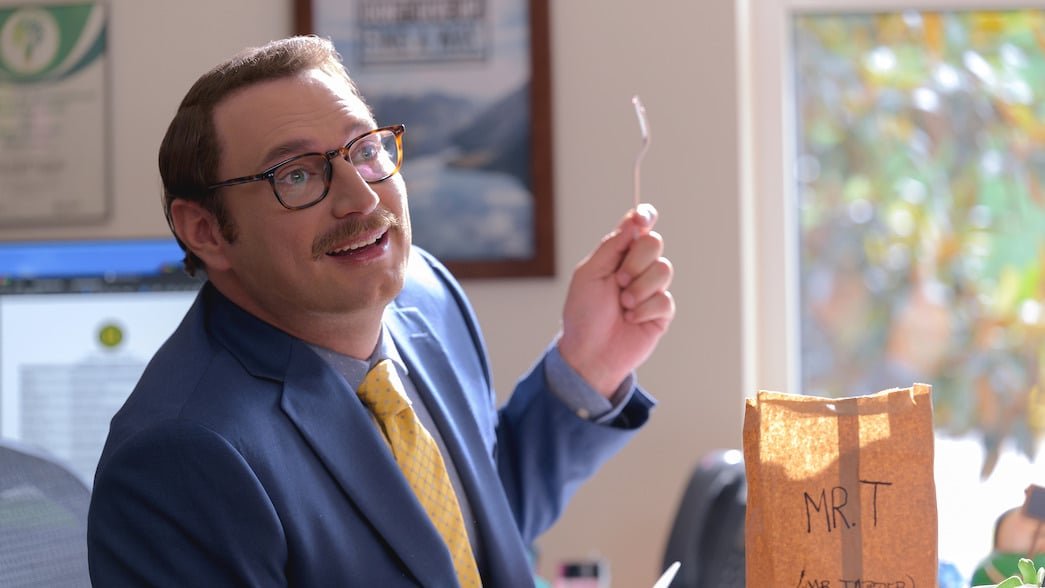 Brandon Scott Jones is a 38-year-old actor, comedian and writer. He’s best known for his role as Captain Isaac Higgintoot, a gay officer in the American Revolution who died of dysentery two weeks after the siege of Fort Ticonderoga and was largely forgotten by history, making him immensely jealous of the more famous Alexander Hamilton in Ghosts. In addition to his role in the CBS sitcom, Jones also starred in other TV series such as The Good Place and The Other Two. Among the films he has appeared in are Isn’t It Romantic, Can You Ever Forgive Me? and Senior Year (which he also co-wrote).

Jones prefers to lead a low-key life, so he doesn’t reveal his relationship status in public. However, we assume that he’s currently single. 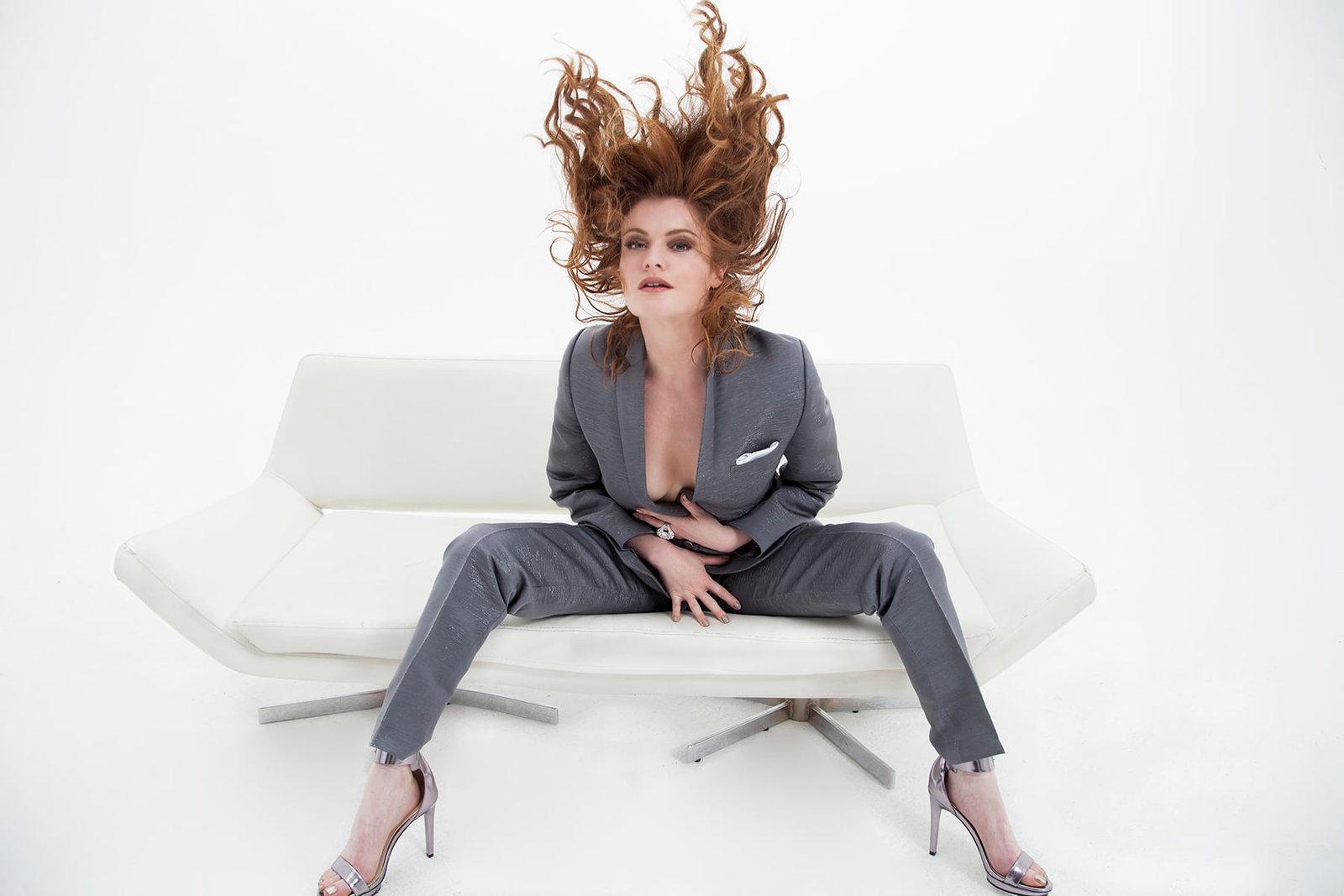 Rebecca Wisocky, 50, is an American actress who plays the role of Hetty Woodstone, the lady of the manor, Sam’s fourth-degree great-grandmother and the original owner of the Woodstone country estate, in Ghosts. The actress is best known for her role as Evelyn Powell in the comedy series Devious Maids. Wisocky also starred in the TV series Dopesick, Star Trek: Picard and Heathers. In her diverse filmography, the actress also starred in such films as Funny Money, The Picture of Dorian Gray and the upcoming film Blonde, which focuses on the life of Marilyn Monroe.

Rebecca has been married to lighting designer Lap Chi Chu since 2015. 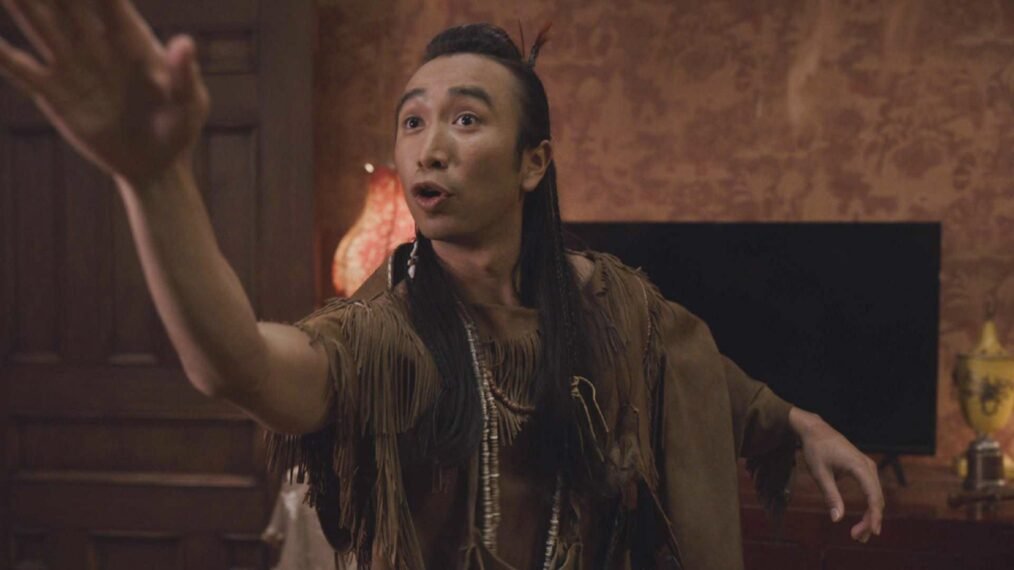 Román Zaragoza is a 26-year-old actor who plays the character of Sasappis, a cynical Lenape Indian, in Ghosts. The actor has made appearances in TV series such as Austin & Ally, Stumptown and Those Who Can’t; and films such as Shadow Wolves, Studio City and Everyday Kid.

According to reports, Zaragoza is possibly single now. 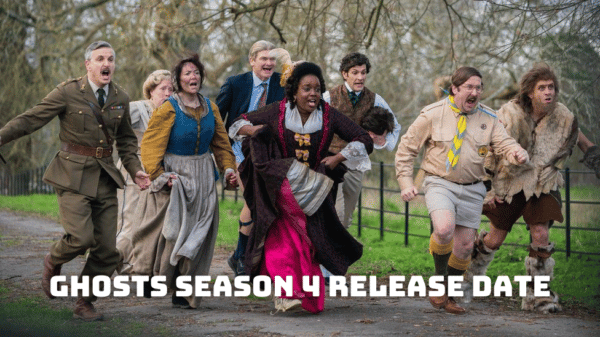 The BBC series Ghosts has haunted us for 3 great seasons – sorry, blessed – and so Ghosts Season 4 is eagerly awaited. But...