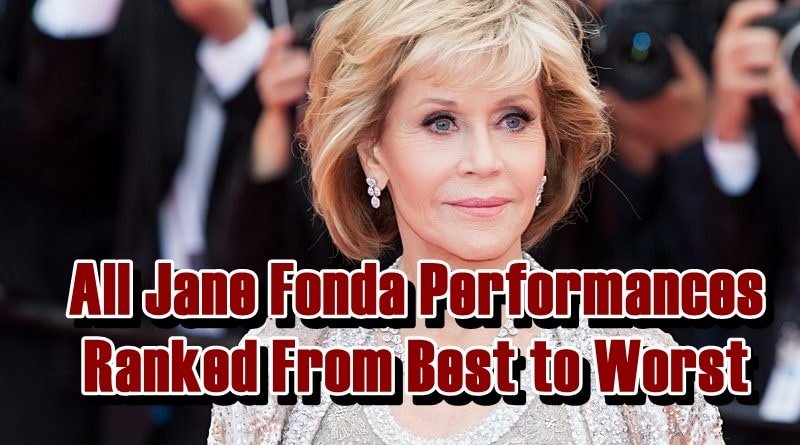 All Jane Fonda Performances Ranked From Best to Worst

Are you wondering which Jane Fonda performance is the best after her non-Hodgkin lymphoma diagnosis news? Jane Fonda has gained several titles over her long and illustrious career, including icon, activist, fitness guru, and Oscar winner: Fonda, a descendent of a Hollywood dynasty has made a profession of reinventing herself to reflect and remark on the times in which she is performing, but always keeping loyal to the essence of who she is.

With Fonda set to receive the Cecil DeMille Award at the 2021 Golden Globes, we take a look back at some of the most memorable Jane Fonda performances. Jane Fonda, born Lady Jayne Seymour Fonda in New York, is an American actress and political activist who rose to prominence in comedic roles. We knew her from winning Academy Awards for her work in Klute and Coming Home.

Jane Fonda was the actor Henry Fonda’s daughter, and she dropped out of Vassar College after two years and moved to New York City, where she worked as a model and studied acting. With brief information about her, we think we can move with the list of best Jane Fonda performances ever. Fonda reunited with her 9 to 5 co-star Lily Tomlin for this Netflix comedy about two unlikely acquaintances who are drawn together by the surprising news that their spouses are in love and planning to marry in Grace and Frankie, and it is for sure the best Jane Fonda performance ever.

Fonda plays Grace, a no-nonsense former cosmetics magnate who has never met a martini she didn’t enjoy whereas Tomlin plays Frankie, a free-spirited hippie art instructor who marches to the beat of her own drum: coupled with love turbulence, the two become friends, and tackle everything from reentering the dating pool to medical crises over the course of 6 seasons. Barbarella isn’t a great film, but it’s difficult to pay honor to Fonda’s roles without adding it as Fonda wore some cosmically mod styles as the titular space traveler, while also completely embracing the script’s sexuality, so the film, directed by her first husband Roger Vadim, may be exploitative with its near-nudity sequences, such as the opening zero-gravity striptease, making it one of the best Jane Fonda performances.

You can also see story devices such as the excessive-pleasure machine that brings death by deadly orgasm, and Fonda herself was not a fan of the project, but it became a campy cult favorite with a long-lasting impact on pop culture, not least of which was Fonda’s continuing image as a sex symbol. 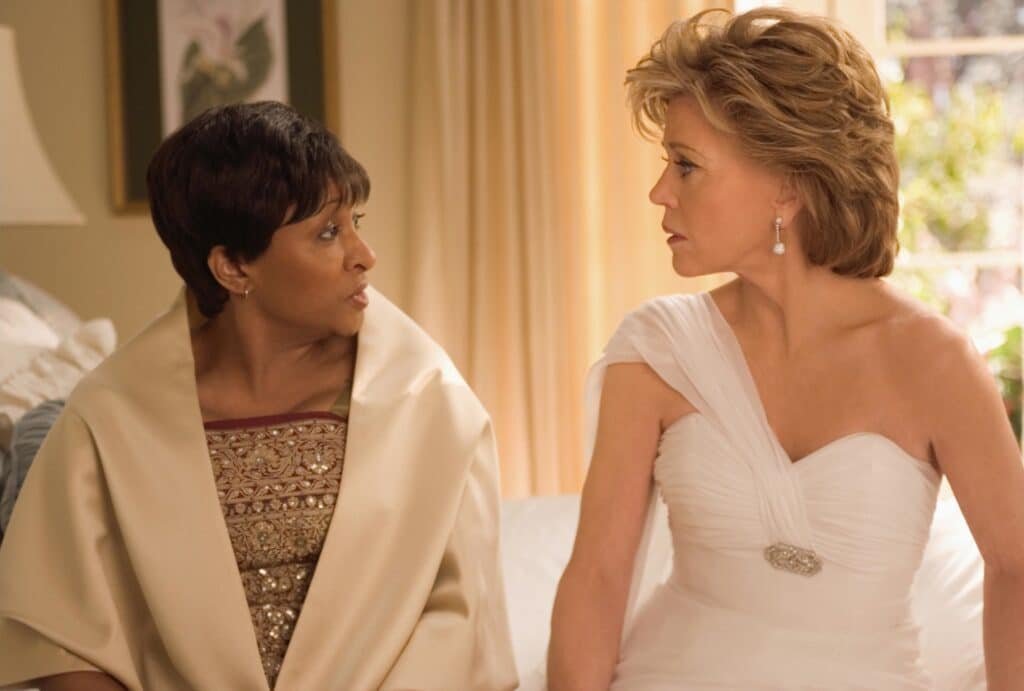 Fonda appeared on screen for the first time in 15 years in this romantic comedy, as Jennifer Lopez’s domineering prospective mother-in-law: Fonda, who plays Viola, a former newscaster turned talk show personality, relishes the part of the deranged mother-in-law, hamming it up as her attempts to destroy Charlie, making it one of the best Jane Fonda performances. With this epic feminist comedy about three women living out their fantasies of vengeance against their sexist employer, Franklin Hart Jr., Fonda mastered the skill of marrying activism, also contributing to this amazing Jane Fonda performance. The film became the year’s second-highest earning movie, thanks to its key dream team of Fonda, Lily Tomlin, and Dolly Parton, as well as Parton’s renowned title song, and it was based on Fonda’s original notion and is considered a classic for its pro-labor, feminist approach. 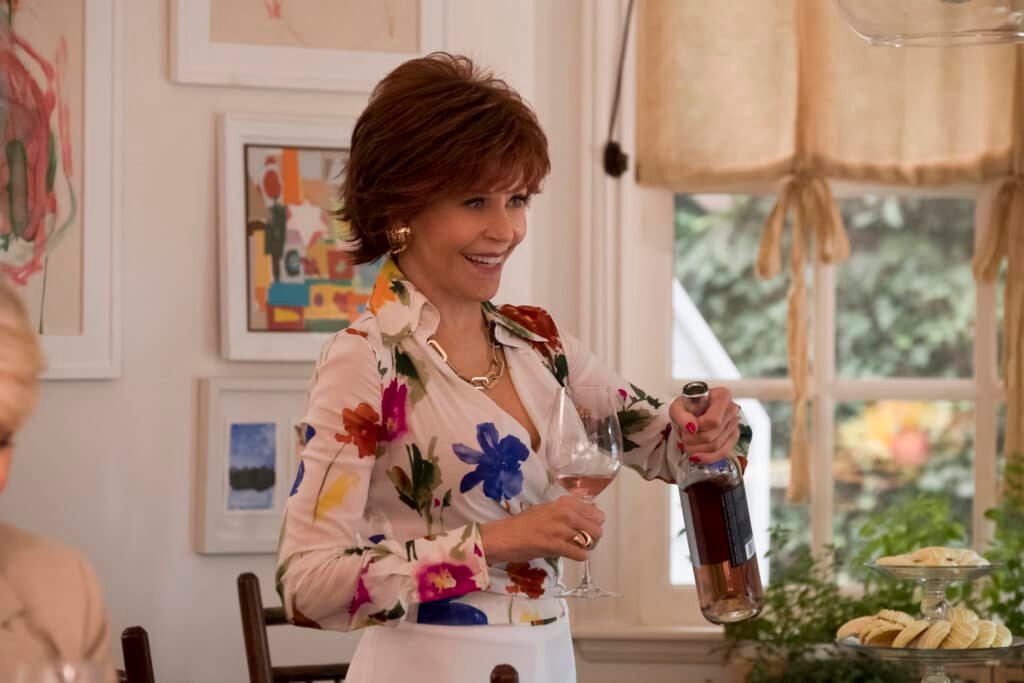 Only Jane Fonda could pull off a rom-com about a long-running book club that receives a rude awakening, making Book Club one of the best Jane Fonda performances. Each of the four characters draws on their established cinematic identities and histories, with Fonda portraying a lady who has perfected the art of her professional job: when an old sweetheart, Arthur, reappears in her life, she must determine if romantic bliss can coexist with her excellent job.

Fonda demonstrated that even after decades in the business, she can still sell a rom-com. When Fonda obtained the picture rights to this play about the troubling connection between an adult daughter and her curmudgeonly, elderly father, she had long wished to collaborate with her renowned father, Henry, but the onscreen schism between Jane’s Chelsea and Henry’s Norman reflected their real relationship. They became the first father-daughter combo to be nominated for Oscars for their parts in the same film, so we had to include this on the list of best Jane Fonda performances.

Fonda maintained her shift toward more socially aware filmmaking with this tight psychological thriller: when investigator John Klute is recruited to look into an executive’s disappearance, he finds up following Fonda’s Bree through her life, but when two other women go missing, she becomes entangled in a mystery and she characterized her experiences as a melding of souls.