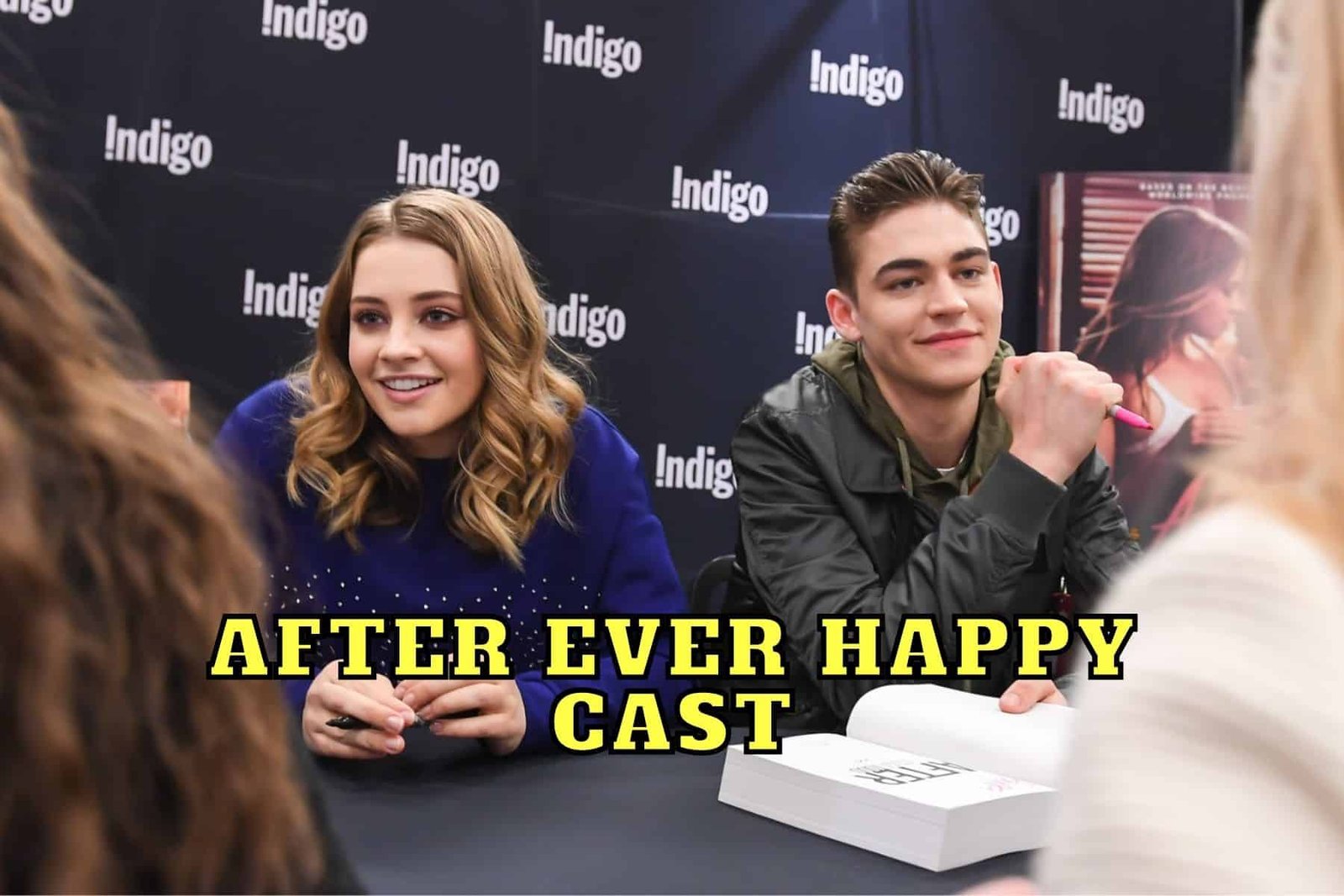 After Ever Happy cast is one of the primary reasons why the film and the others in the After film series are popular. Most fans think that the actors, especially those giving life to the story’s main characters (Hardin and Tessa), do a great job of bringing the characters from the books to the screen. Now, After Ever Happy has a few actors that returned from the previous 3 movies (After, After We Collided, and After We Fell). Here is everything you need to know about the After Ever Happy cast members, with information about their acting careers and personal lives. 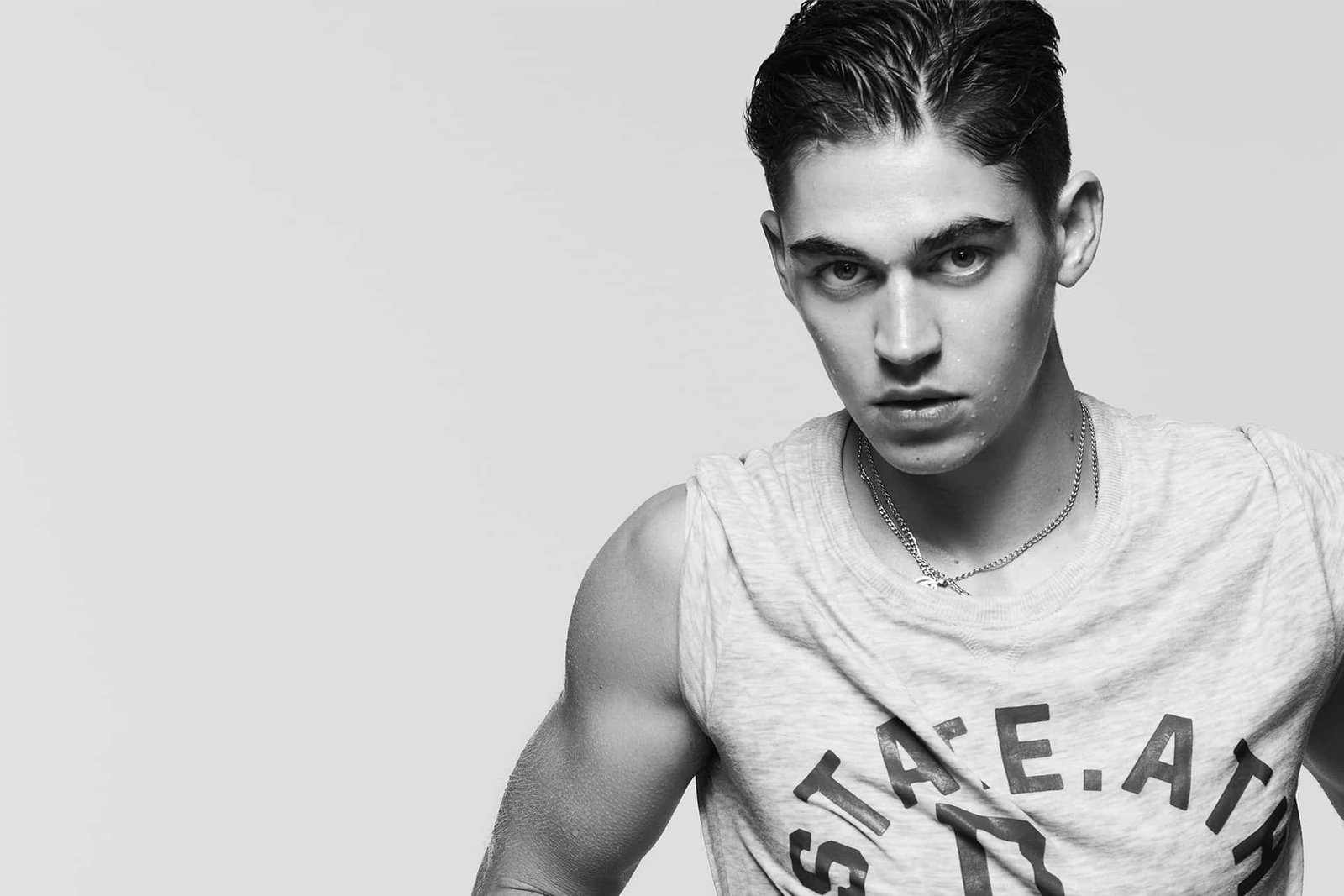 Hero Fiennes Tiffin plays Hardin, one of the lead characters of the After film series. Hardin starts as a brooding and mysterious guy who closes himself to the outside world, but everything cracks up when he meets Tessa.

Fiennes Tiffin famously played Tom Riddle (young Voldemort) in Harry Potter and the Half-Blood Prince (2009). He also appeared alongside Nikolaj Coster-Waldau and Annabelle Wallis in The Silencing (2020). He also has a role in the upcoming Viola Davis film The Woman King.

Fiennes Tiffin is a 24-year-old English actor, and since he is such a handsome guy, most fans wonder whether there is a lucky person in his life. But the actor doesn’t share much about his dating life. The heroine of the After movies is Tessa, and Josephine Langford plays her. Tessa is a dedicated student and a loyal girlfriend to his high school sweetheart, but when she starts college, she falls in love with the mysterious Hardin.

If you feel like you’ve heard of the Langford surname before, you are right. Josephine is the sister of Katherine Langford, who rose to fame with 13 Reasons Why (2017-2018). Josephine is relatively new in the acting scene. She appeared as Emma in the 2021 film Moxie. She also plays Kate in the recently released film Gigi & Nate.

The Australian actress is 25 years old. Although there are still a lot of rumors that she and Hero Fiennes Tiffin are dating, the duo denied the rumors and said they are just friends. Also, Langford is not active on social media, so not much is known about her dating life. Carter Jenkins is a supporting After Ever Happy cast member who also appeared in the previous film of the franchise, After We Fell. He plays Robert, a friendly waiter Tessa flirts with in After We Fell. In the latest movie, he appears only shortly, towards the end, when Tessa reaches out to him for company. Arielle Kebbel has been playing Kimberly for the last 2 movies of the After film series. In After We Collided, the character was portrayed by Candice King. Kimberly is an assistant at Vance Publishing. She forms a strong relationship with Tessa.

The American actress is 37 years old and has never been married. She doesn’t seem to be dating anyone, either. 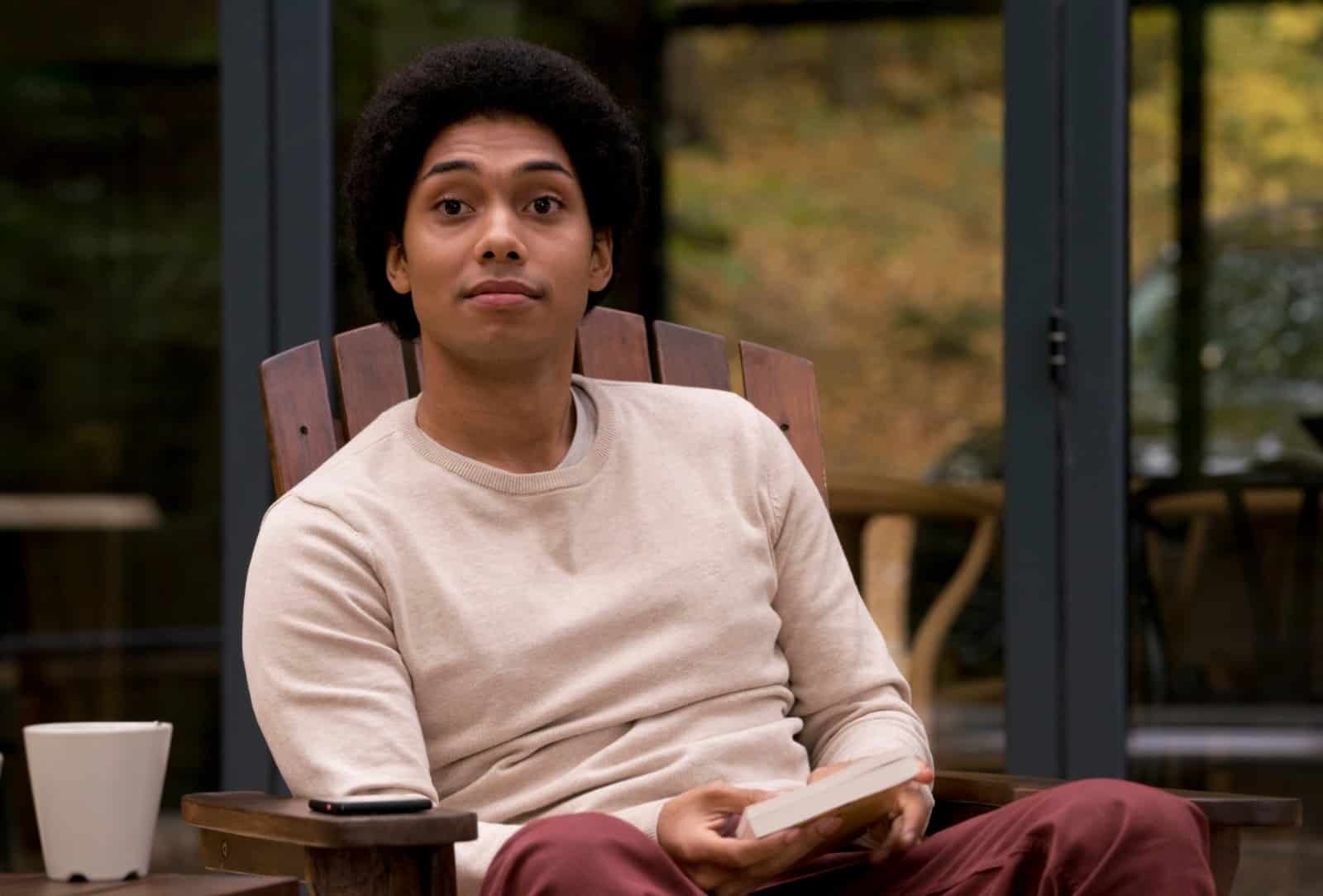 Chance Perdomo plays Landon, who was played by Shane Paul McGhie in After We Collided but by Perdomo in the last 2 films. Landon is a student at university and becomes close friends with Tessa.

Perdomo is mainly known for his role as Ambrose Spellman in Chilling Adventures of Sabrina (2018-2020). He was also in Killed by My Debt (2018). Perdomo was born in the U.S., but he is British. He is 25 years old and seems to be single at the moment. 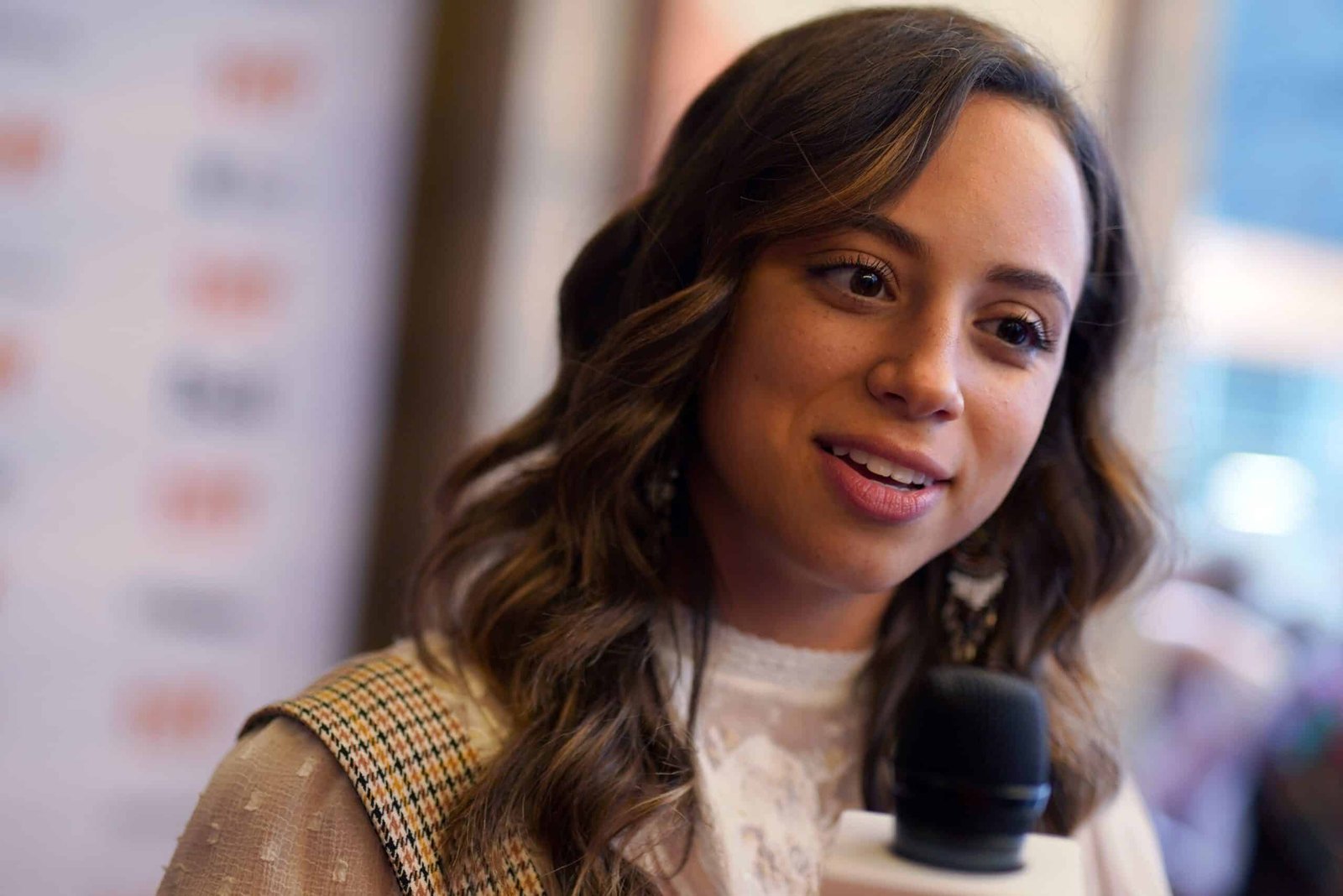 Kiana Madeira has been playing Nora for the last 2 movies of the After film series. Tessa meets Nora at a restaurant where she works. They become friends.

Also, read All After Movies Ranked From Best to Worst! – Is After Ever Happy the Best Film in the Series? 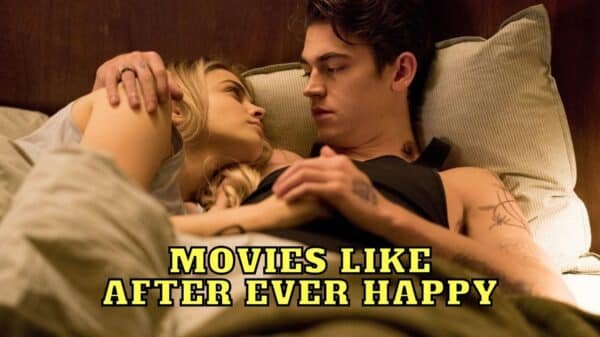 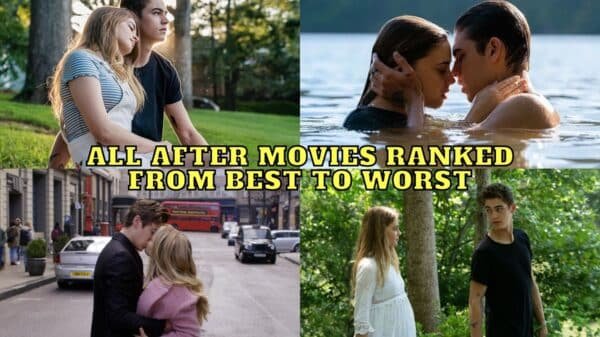 All After Movies Ranked From Best to Worst! – Is After Ever Happy the Best Film in the Series?

Now that the 4th movie of the After film series, After Ever Happy, is finally out, we can rank the After movies based on... 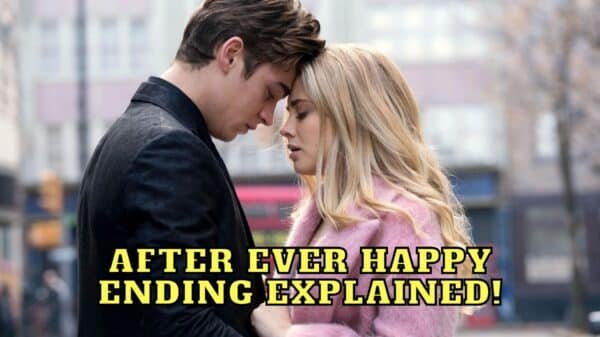 The 4th movie of the After film series, After Ever Happy, starring Josephine Langford and Hero Fiennes Tiffin, premiered in the United States on...