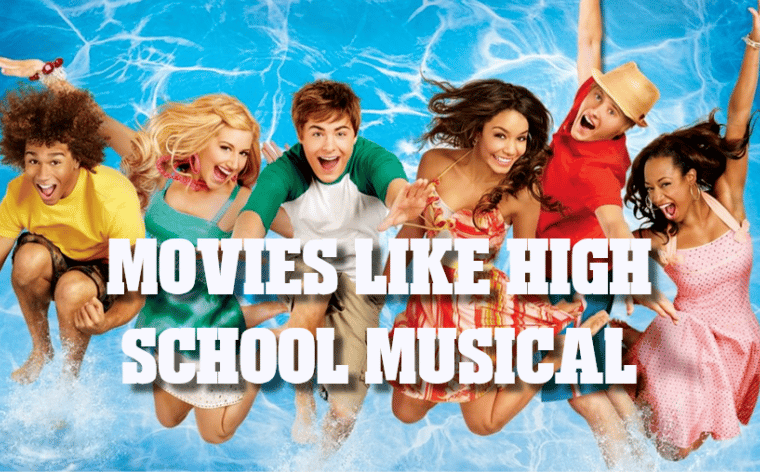 One of Disney Channel’s best movie series of all time, you must’ve watched High School Musical once or twice. It’s a musical television film series written by Peter Barsocchini. High School Musical follows students of East High as they go through high school. The love story between Troy and Gabriella have kept the audience glued to their seat for a long time.

So, we thought, what would give us similar experiences to relive the beloved musical? Here are 7 movies like High School Musical! 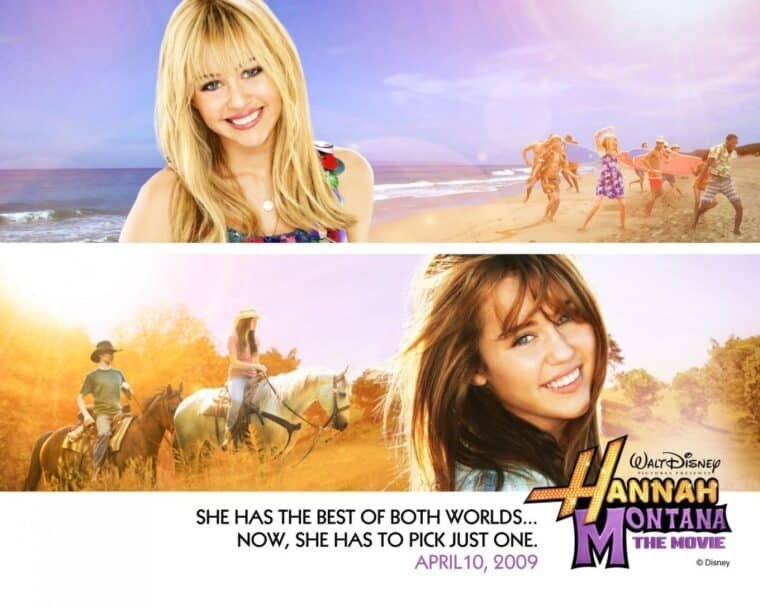 We all loved and watched the Hannah Montana (Miley Cyrus) tv series for long years. In the movie, we see that as Hannah Montana’s popularity takes over her life, Miley Stewart with the urge from her father takes a trip to her hometown. There, with encouragement from her nana Ruby, Miley reconnects with her family.

While she feels attracted to her childhood friend Travis, her dad Robby is also drawn to a local woman Lorelai. On top of all of this, her hometown Crowley Corners, Tennessee faces a threat. So, the town members decide to throw a concert to help raise money. During the concert, Miley sees Travis and Lorelai in the crowd and decides that she no longer can live a lie and removes her wig revealing her true identity. But will the crowd also reveal it to the whole world? You can watch and find out! 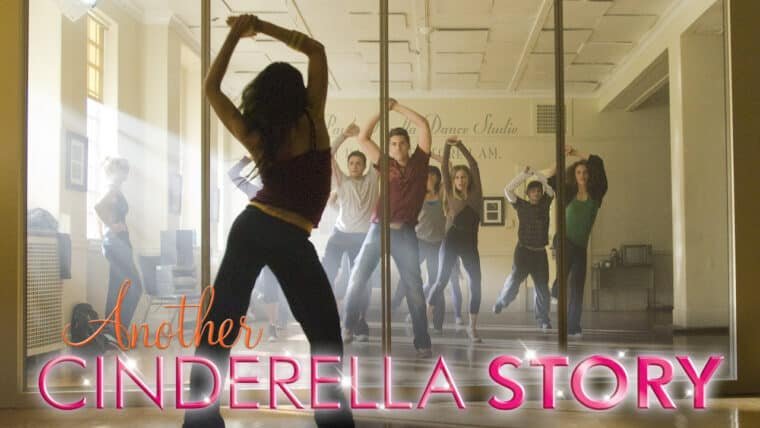 Our century’s own Cinderella story. It follows Mary (Selena Gomez), a high school senior who wants to become a dancer. To her luck, she’s adopted by pop star Dominique Blatt. But, at home, she realizes that things are not what they seem to be. Dominique’s daughters Britt and Bree keep treating Mary as a slave and at school, they keep bullying her.

Their school’s own pop star Joey Parker returns to school to finish senior year. While doing so, he announces that he’ll host a dance contest and the winner will be in his new music video as his partner. Turns out, the only person who can match his moves are Mary, but he doesn’t know it. After the masquerade ball and Joey almost finding out who Mary was, he can’t stop thinking about her and wants to find out the mystery girl… 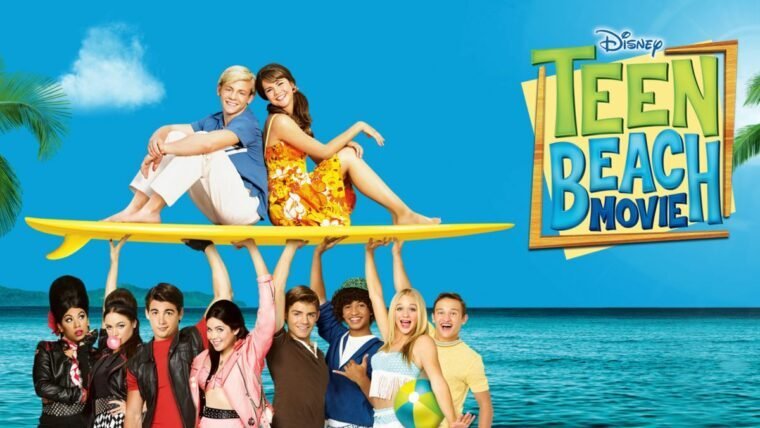 Brady (Ross Lynch) and McKenzie (Maia Mitchell) are two surfers enjoying the summer together. Unfortunately, their relationship is nearing an end and they want to stop it! Mack (McKenzie) walks in on Brady and her grandpa watching a 60’s musical movie “Wet Side Story”.

After that, they decide to surf together one more time and that last wave sweeps them into another timeline. That timeline turns out to be the movie that they last saw together. They have no choice but to go along with it. However, they end up changing the movie altogether and looking for a way to make it all right again. 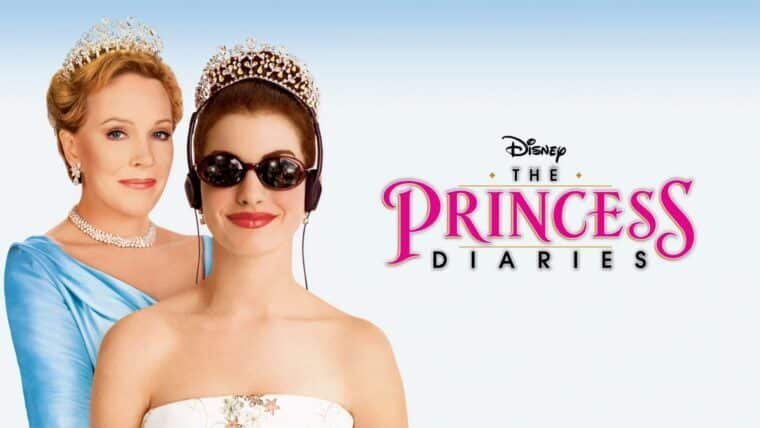 Mia Thermopolis (Anne Hathaway) lives with her mother Helen at a firehouse while attending Grove High School. She’s not the public speaker type or the popular type at school. One day, Mia has a visitor. This visitor is her estranged grandmother Clarisse who happens to be from a royal family. She tells Mia that she’s the only heir to the European Kingdom of Genovia, after her dad King Philippe’s death.

Clarisse makes it her mission to make Mia a proper princess so that one day she can rule Genovia. Learning all this new information, Mia refuses to participate at first but, her mother helps her to come to a decision. She will take the lessons until Genovia’s Independence Day, and then she’ll decide if she wants to become a princess or not. The movie continued with a sequel following Mia making her way to become a royal member despite all her quirks and clumsiness! 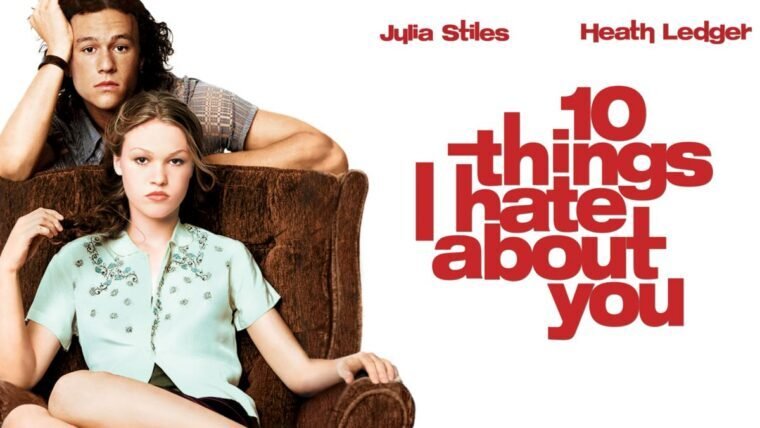 10 Things I Hate About You

The story follows the new student Cameron James (Joseph Gordon Lewitt), who starts attending Padua High School. There, she instantly falls in love with the popular and beautiful Bianca Stratford. But he’s immediately warned by his new friend Michael that Bianca and her older sister Kat (Julia Stratford) are not allowed to date, anyone.

Their father’s only rule is that Bianca may date if and only her sister starts to date. Knowing that Kat’s anti-social attitude will make this highly unlikely. So, Cameron decides to find someone to date Kat for his wishes to come true. There comes Patrick (Heath Ledger), the infamous bad boy of the school. Things go a little out of hand afterward. The screenplay of the movie is a modernized version of Shakespeare’s “The Taming of the Shrew”. 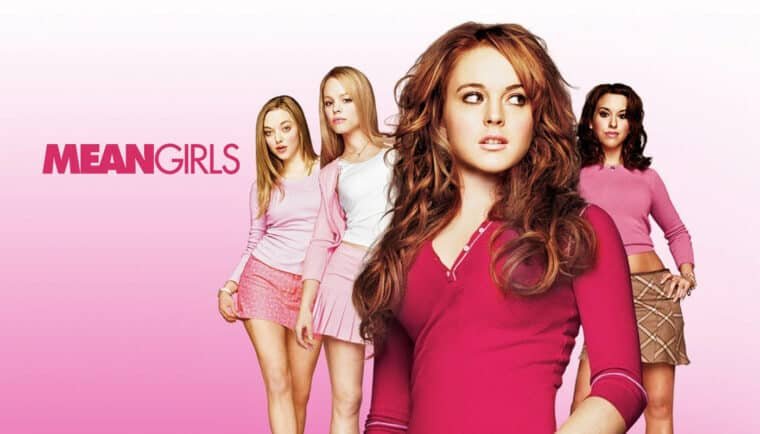 After spending 12 years in Africa with her family, 16-year-old Cady Heron (Lindsay Lohan) returns home to Illinois. For the past 12 years, Cady was homeschooled. After her return, she enrolls in North Shore High School. She experiences a rather intimidating first day, but also makes two new friends!

Her new friends Janis Ian and Damian Leigh explain the school’s unofficial “rules” to her and specifically warns her not to interfere with the “Plastics”. Cady becomes attracted to Aaron, who happens to be the ex-boyfriend of Regina George (Rachel McAdams), queen bee of the Plastics. After an inconvenience involving these 3, Cady wants revenge and takes the helping hand offered by Janis. Thus begins the sweet rivalry between the girls of North Shore High School! 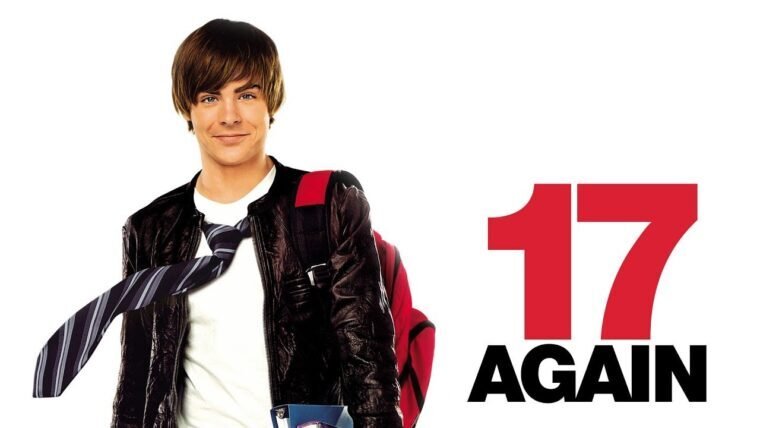 Mike O’Donnell is living his best life at 17 years old. He’s the star player of his school’s basketball team, dating his soulmate Scarlet and in line for a college scholarship. Just before his big game where a scout comes to watch him, Scarlet reveals that she’s pregnant. Then and there, Mike decides to leave the game and go marry Scarlet.

However, as the years go by, Mike won’t stop complaining about the life he could have, so Scarlet throws him out. After losing his job as well, he goes back to his old high school. While he’s there, a janitor comes up to him and asks if he would like to be 17 again and he says yes. While returning to his friend Ned’s house, he looks up at the mirror and realizes he’s 17 again. He then makes the most of his second chance in life. 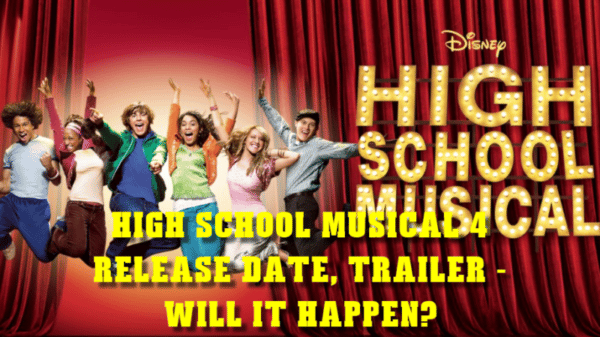 Almost 16 years ago, Disney Channel made history with the first-ever High School Musical movie. After that, the movie became a fan favorite and... 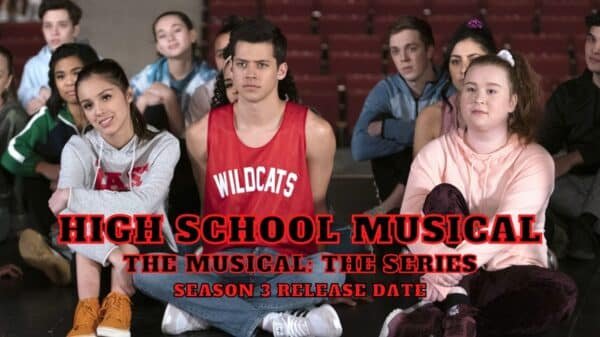 After Olivia Rodrigo’s music career took off with her groundbreaking single Driver’s License, fans rightfully wondered if she would come back for the High...