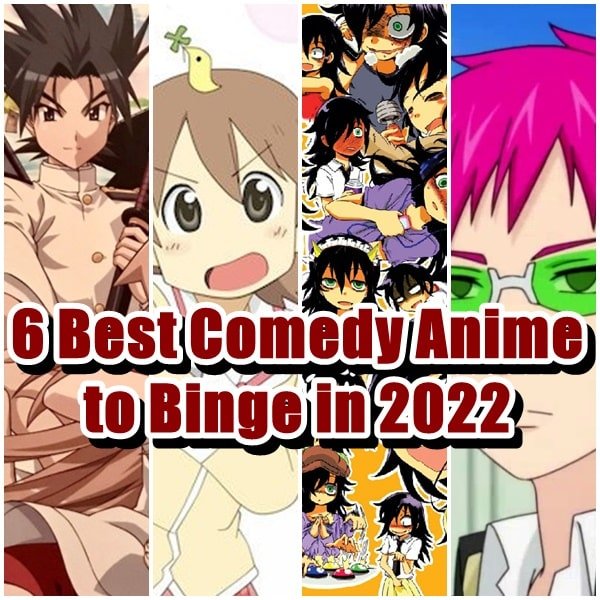 There are many comedy anime with different plots, such as the traditional fish out of water scenario, or the fantasy animes with a hearty dose of sci-fi. Comedy animes are quite entertaining to watch since they have weird characterization and dazzling scenes with funny stories.

There are also real-life comedy anime, in which ordinary or historical events are put through the wringer of humor and they are the ultimate choice for slice-of-life genre fans. Real-life comedies are the best because they joke about the real-life events that the viewers also experience.

We tried to include every kind of comedy anime in our list of best comedy animes for you. Let’s see which one got the first place.

1. The Disastrous Life of Saiki K 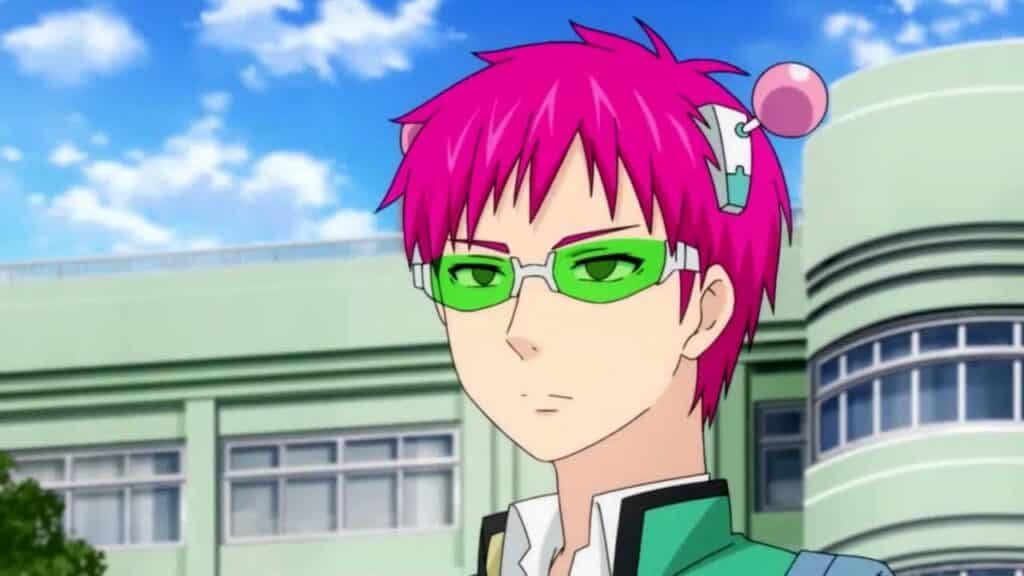 The Disastrous Life of Saiki K

Saiki is a fantastic anime because touches on a variety of issues and genres, and it is one of those humorous comedies that you can watch at any moment, so it is the best comedy anime on our list. The episodes are short, so you can watch it anywhere while waiting for stuff.

Because of the component structure, you can just go into an episode and not be confused which is another brilliant aspect of the anime. The characters are all unique and varied, and this anime is unlike any other, so we are sure you will binge it without noticing.

Saiki’s narrative is incredibly intriguing, and it relates to adolescent life in a way that isn’t overly dramatic or bizarre. The animation is really different from the manga and the story from most anime. 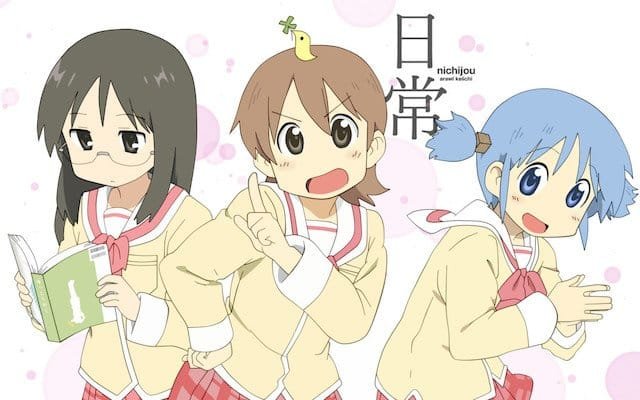 This is the one for the ones who enjoy watching slice-of-life animes, and we are talking about an eight-year-old creating humanoids! The plot is quite interesting, so Nichijou gets 2nd place on our list of best comedy animes. There is a variety of characters and we are sure you can relate to a lot of things. For the ones who enjoy seeing attractive characters, this anime has a lot of them and overall it appears engaging and sympathetic by squeezing a lot of things together. 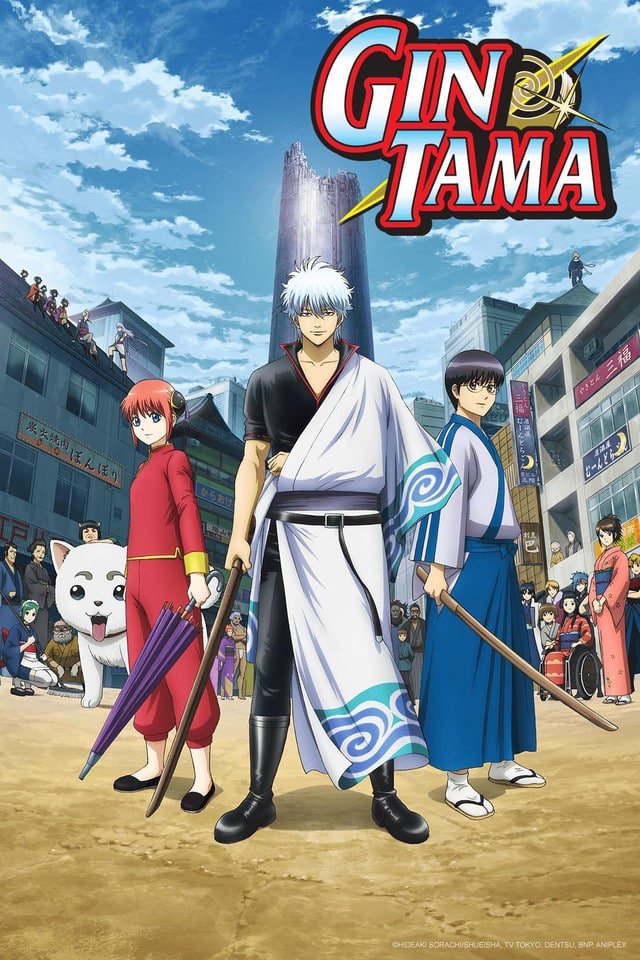 Gintama breaks the rules for the ones who don’t enjoy long-running animes. Gintama will be a whole new experience for you that you will remember for the rest of your life, getting 3rd place among best comedy animes. Many fell in love with the characters, especially Gintoki, who is both vicious and sympathetic and fans enjoy how each and every character who appears later in the anime has a backstory and how they meet the three main characters on their trip.

People think that in order to grasp Gintama’s gags, you either have some understanding of Japanese programs or be a complete weeb, but this is not the case, you can understand everything with some basic info about animes. If you need to, the subtitles include the explanations so you can look them up afterward. One Punch Man’s plot and animation are top-notch and it gets you hooked up from the first season. Season 2 also has done an excellent job at animating the tale based on the comic’s substance so One Punch Man is definitely one of the best comedy animes. As a casual viewer, we are sure you will enjoy it without looking up for anything.

You will not be resentful or unsatisfied with the universe in the least and we think One Punch Man can help you overcome future problems and creative pursuits with its inspiring plot. 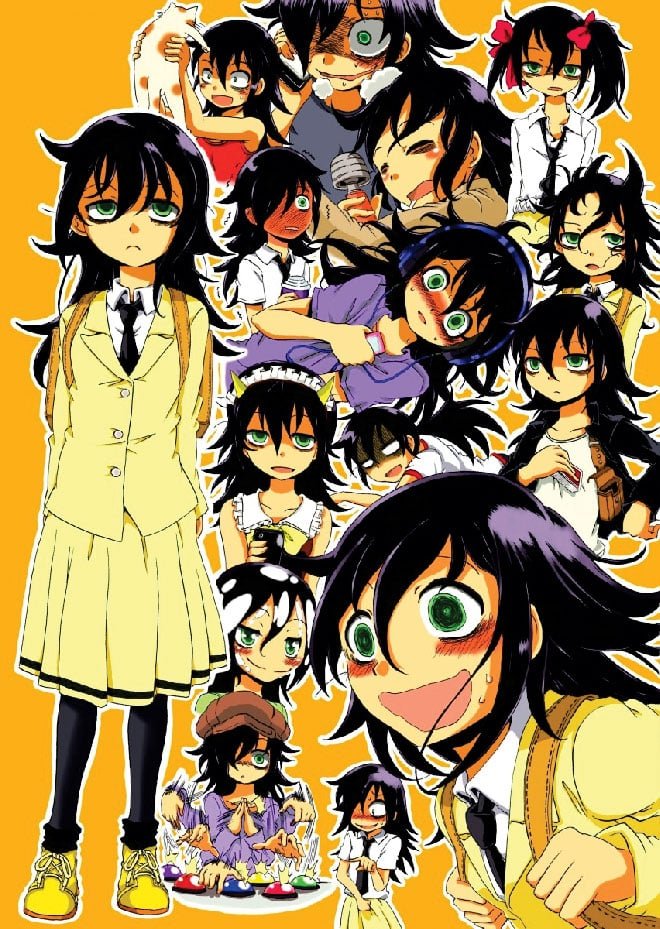 This is a program that can go from sorrowful to humorous without missing a beat and the finest part of the program is clearly its main character, Tomoko Kuroki, a 15-year-old asocial girl who tries intricate plans to get popular.

On paper, she should be terrible with an undeniably spiteful streak and a deep-seated inclination to delegate responsibility. She has an indisputable resilience, in that no matter how dark and lonely it seems, she is still in charge. If you are looking for the best comedy animes, give Watamote a chance.

6. My Bride is a Mermaid 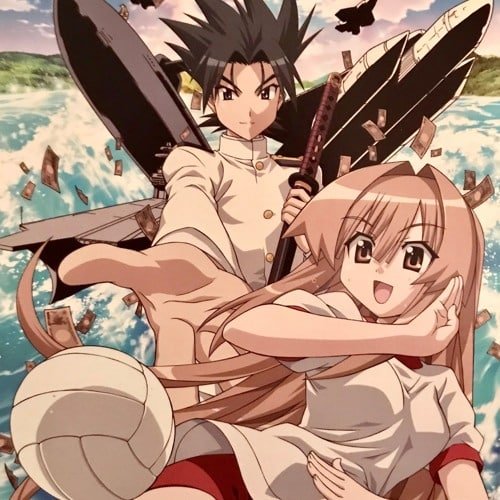 My Bride is a Mermaid

My Bride is a Mermaid will be the funniest show you’ve ever seen so we had to include it as the best comedy anime. It has action, drama, humor, and romance and the entertainment is fantastic. This is without a doubt one of the funniest animes to come out in recent years, and we have sure you have not seen a parody done so effectively.