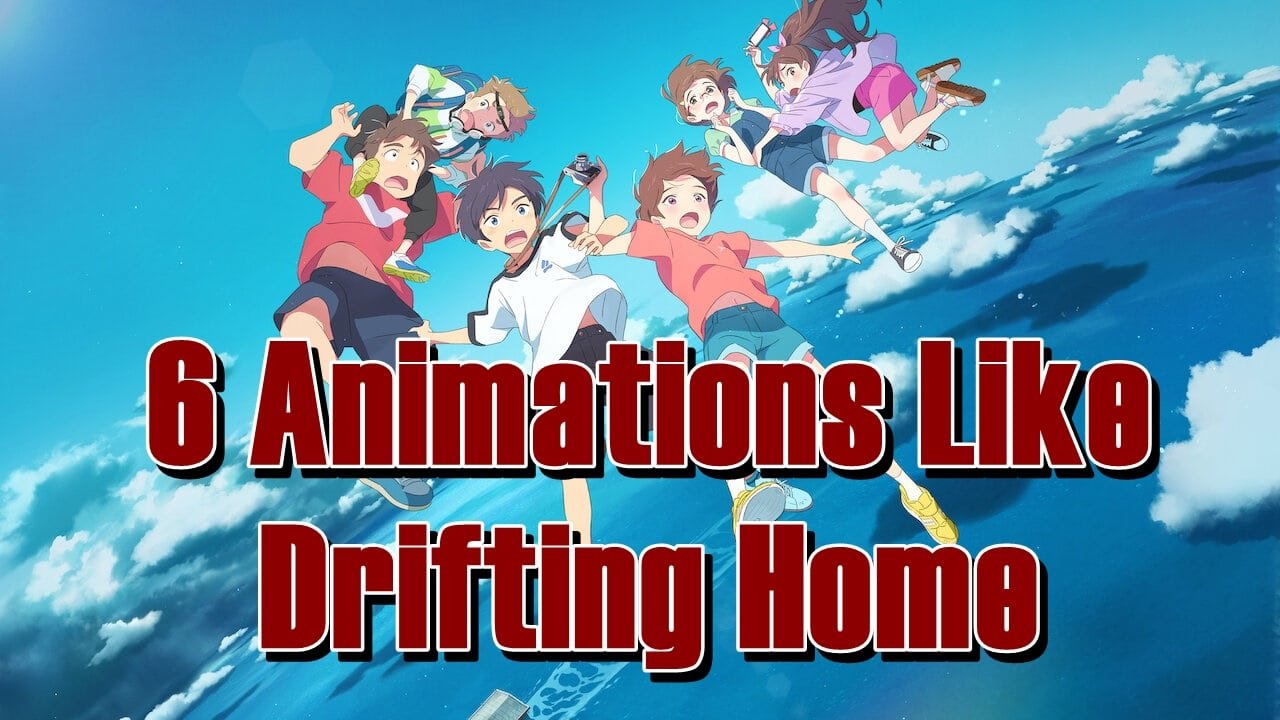 Before Netflix publishes its next anime picture, check out these other dramatic and watery animations like Drifting Home. Drifting Home, one of Netflix’s most anticipated September movies, follows the story of a group of youngsters who end themselves on a floating apartment complex in the middle of the ocean and they are determined to return home.

They work together to live while unraveling the secret behind this strange construction. The latest animation from the acclaimed Studio Colorido appears to be one of their finest as even after the credits have rolled, there are a plethora of other films from a variety of genres and studios worth seeing. Now let’s check those 6 animations like Drifting Home for the ones who just couldn’t get enough. 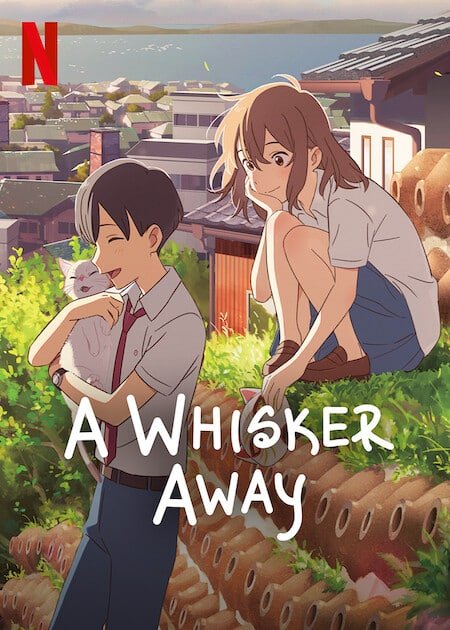 A Whisker Away has the potential to be a watershed moment for Studio Colorido: while the film is mainly a coming-of-age narrative about two junior high students, it has the wonderful appeal and storytelling of a Ghibli picture, all while including cats. The narrative, while straightforward and easy to follow, elicits strong emotions and accurately represents the protagonists’ problems and the plot was never complicated or unnecessary, making it one of the animations like Drifting Home.

Every scene gave the characters more dimension and helped them connect with the viewers without going too far, and some portions may feel a little slow-paced for some, but the plot is nicely written and leads to a satisfying finish. The sole criticism is that the tale is very predictable whether through speech, the character’s actions, or attitudes.

This does not detract from the experience, especially because the art is stunning and the animation is buttery smooth as this is a brand-new big-budget anime film that is packed with passion and well worth your time, and it is definitely among animations like Drifting Home.

2. From Up on Poppy Hill 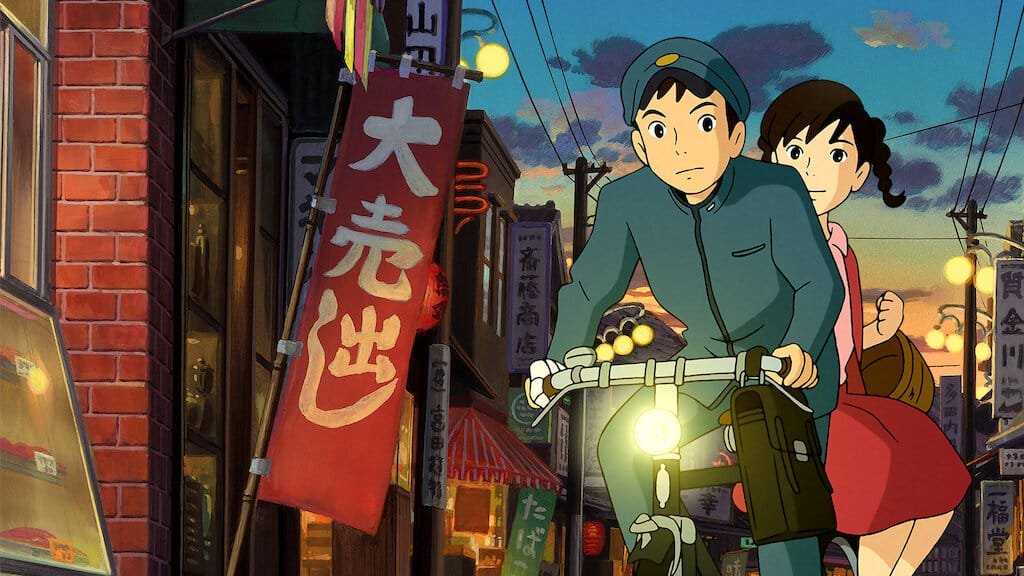 From Up on Poppy Hill

In comparison to previous Ghibli films, From Up on Poppy Hill may appear drab and monotonous at first glance. Up on Poppy Hill breathes new energy into the commonplace environment, making it one of the animations like Drifting Home. Their trip to preserve the clubhouse is an adventure in and of itself; the kids’ solidarity, Umi, Shiro, and Shun’s determination; makes you feel powerful and strong.

3. Castle in the Sky 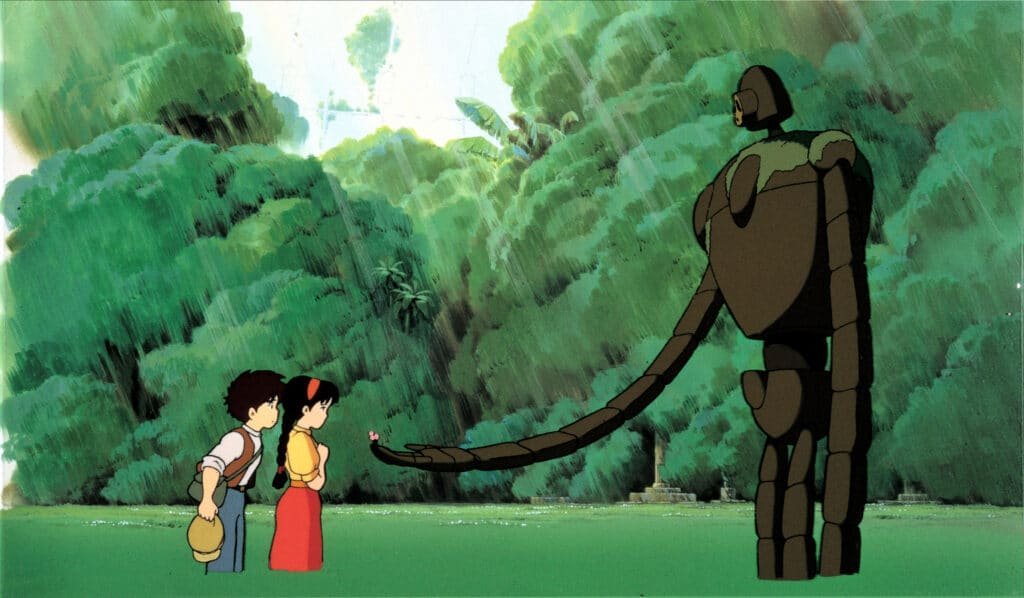 Castle in the Sky

Castle in the Sky, retitled from its original Japanese name of Laputa is the master animator’s 3rd feature and one of his most cherished of all time. Initially a box office flop upon its initial debut in 1986, it has subsequently been welcomed by critics and audiences worldwide and it is inspired by Jonathan Swift’s “Gulliver’s Travels”. Castle in the Sky is a steampunk-themed action-adventure story about two young orphans, making it among animations like Drifting Home. Young miner Pazu and mysterious girl Sheeta who wears a magical crystal around her neck teams up to find the long-lost island of Laputa are the main characters in this story. 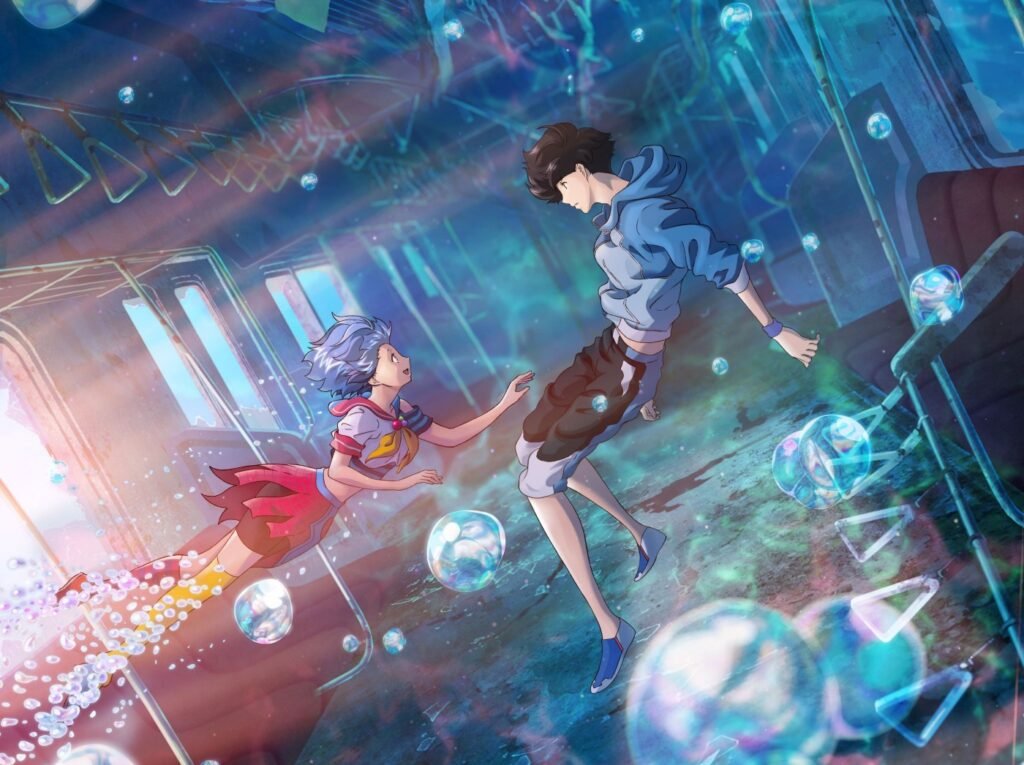 In the never-ending discussion over which animation company is the finest, we frequently hear names like KyoAni and MAPPA, but with the release of Bubble, we believe Wit Studio has claimed the top place for the time being, also making Bubble one of the animations like Drifting Home. From a production sense, there is no doubt that this is a flawless masterpiece: Plain backgrounds, mediocre animation, and background figures that don’t move have no place in Wit Studio.

Bubble’s backgrounds are always vibrant and energetic in every scene and the amount of information is ridiculous. You can see the tremendous effort in every single frame as you may pause this movie at any time and spend minutes just admiring the intricacies in Bubble. 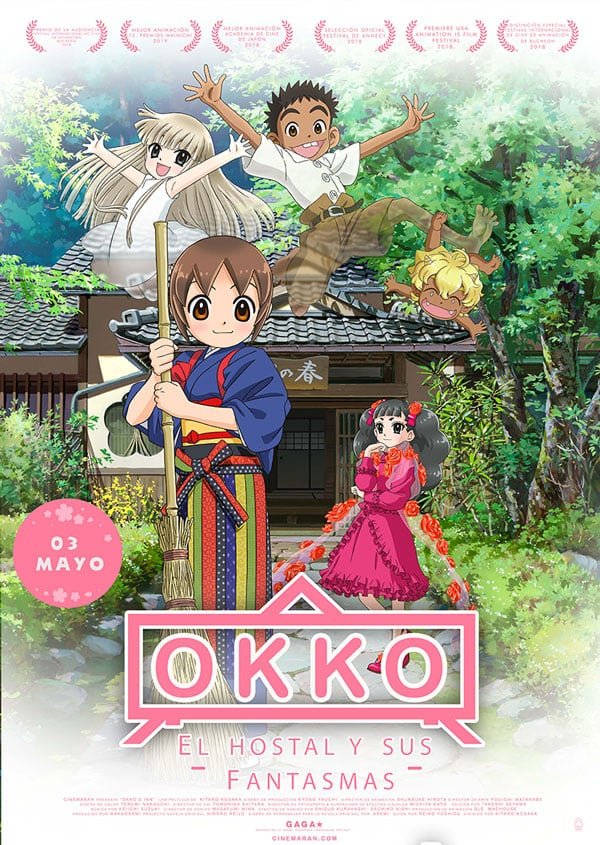 Oriko “Okko” Seki, 12, is on her way to a festival in the countryside when she is involved in an accident, and disaster strikes: Okko must now return to live with her grandmother, who owns a traditional Japanese inn nearby, after recovering from her physical injuries. There, she encounters the soul of a little boy, and she works with others she meets along the road to learn everything.

The animation looks quite well generally, with a few small problems such as too much gloss given to Okko’s hair at times. The colors are lovely and brilliant, and they do an excellent job of immersing you in the well-placed and well-composed music, and also making it one of the animations like Drifting Home.

6. Beasts of the Southern Wild Beasts of the Southern Wild

Beasts of the Southern Wild is mind-blowing in terms of love, bravery, guts, and abilities; making it one of the animations like Drifting Home. The people and narrative are flawless, and Hushpuppy’s portrayal of her character is beyond comprehension; how she tries not to be shattered while knowing what her father is going through, and how her father always makes her feel superior like a king is just love all over.

Also Read: 5 Anime Like Gintama – What To Watch If You Are A Gintama Fan?