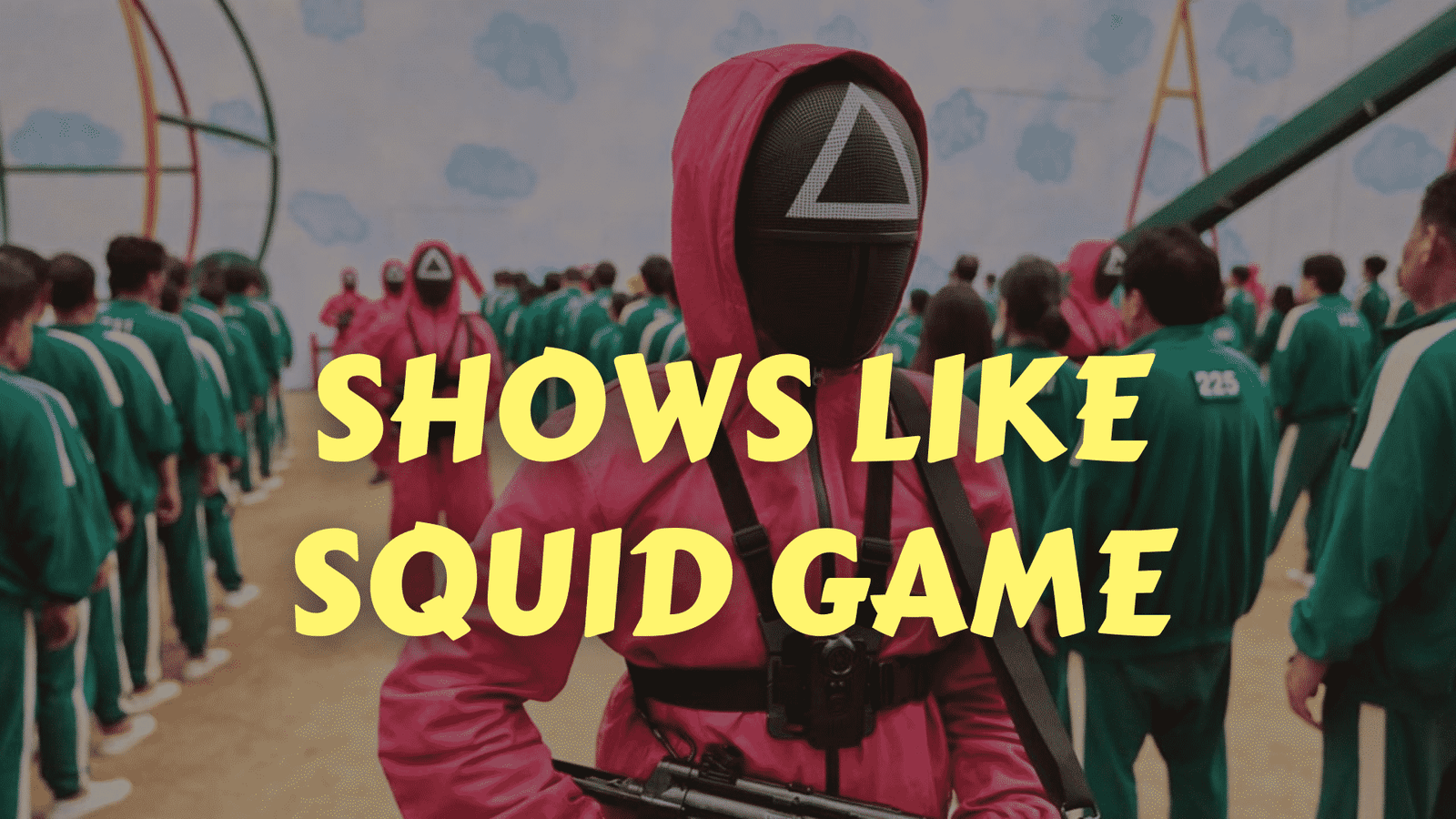 TL;DR This article is about shows like Squid Game. If you have not seen the show, you might get minor spoilers, so be careful. The Squid Game nears to break the record of Bridgerton to be the most popular show on Netflix. Even the CEO of Netflix (Ted Sarandos) that they were not expecting the squid game to be this successful globally, so we can definitely say that the world, even the people who produced the show, got taken by the storm. This means a lot of people have already finished season 1 and craving for season 2. But while waiting, you can check our list of shows like Squid Game. 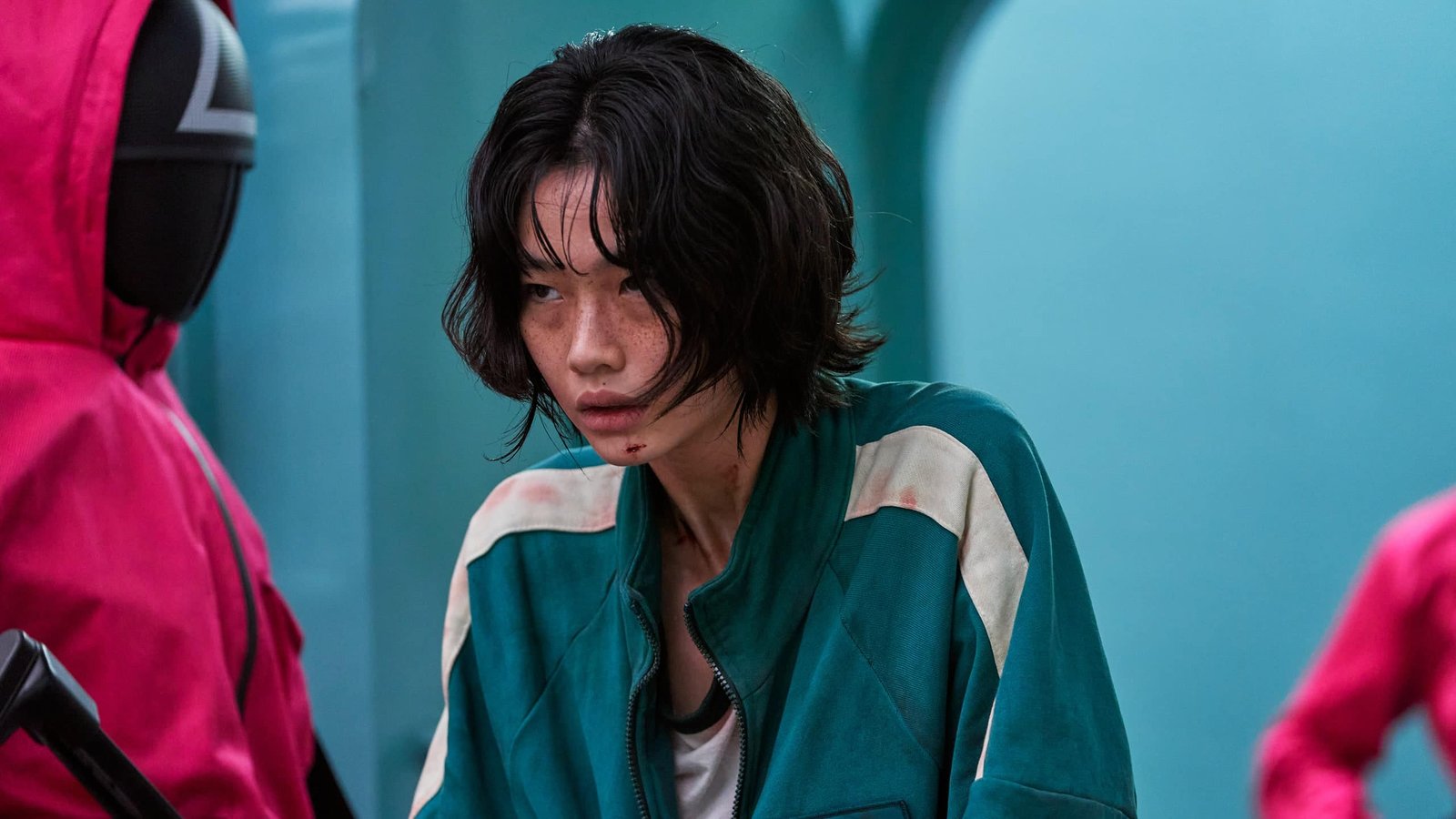 If you still have not seen the squid game, it’s brand new, has only one season (but the second season is approved immediately) consisting of nine episodes. It is about 456 contestants that are broke. These people have so much credit debt that they accept participating in a series of children’s games, with a twist of death if they fail any of those games.

Spoiler alert, it is quite catchy, and there’s a lot of Gore. So if you don’t have time to binge-watch and just want to see an episode or two before going to bed, or if you are extra sensitive to see bloody images, you might skip this one and check the other shows like Squid Game that we are sharing below! 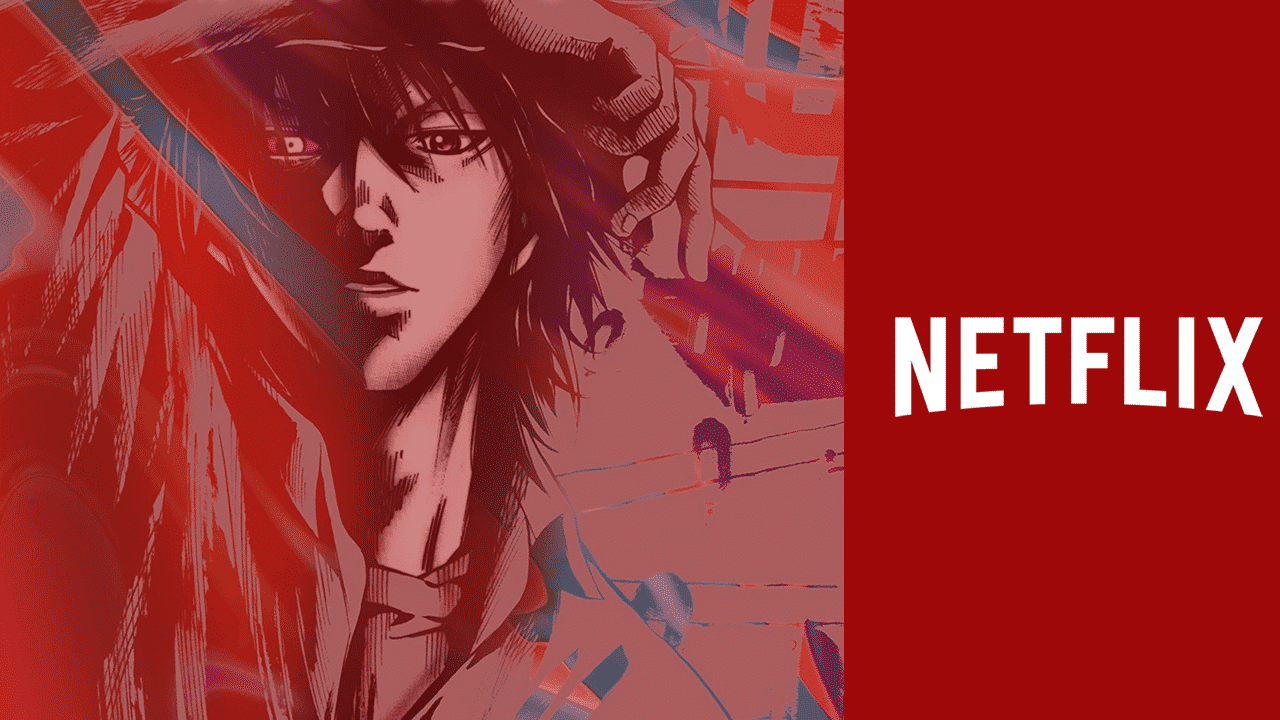 So the most obvious recommendation for people who want to see more shows like Squid Game, is no other than another Netflix Original, Alice in Borderland. The show starts when Ryohei Arisu, an unemployed teenager, spends his time playing video games. Then he wakes up one morning, and he realizes that nothing is the same in Tokyo. He then meets Usagi, who struggles alone in life-threatening games, they decide to work together to solve the mystery of this new world.

Alice in Borderland is a bit underrated but the show has already been renewed for its second season. It looks like we will see more of this genre. 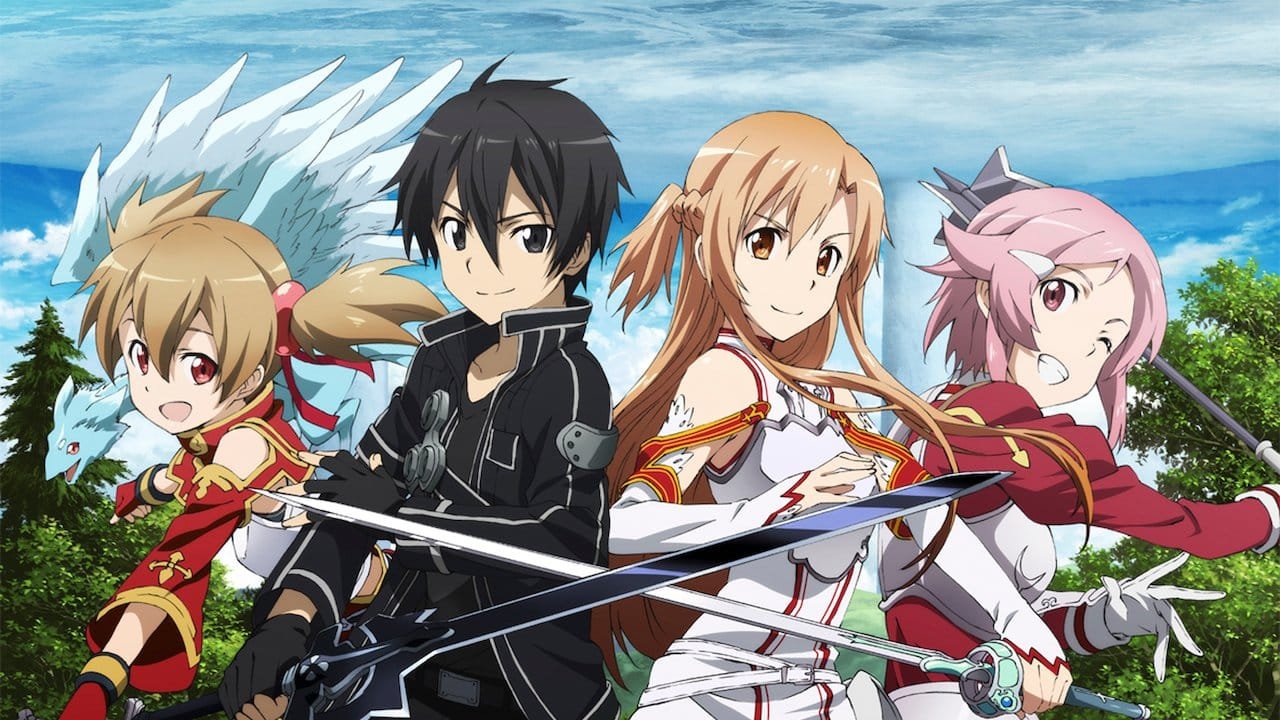 One of the anime recommendations for shows like Squid Game, Sword Art Online is not just about a casual MMORPG, but a VRMMORPG! Yes, you heard (or read?) us right. The anime is about a Virtual Reality Massive Multiplayer Online Role-Playing Game, so if the creator of the show guessed right it seems like in 2022 (like, a year later?) we will be playing games like that and well, we hope he is wrong.

The players wear a virtual helmet-like device that does something to their brains and teleports their cognition to the virtual world of the game. Cool, right? People get excited, and socialize in the city. They kill some animals and level up before the game master announces that everybody must gather at the marketplace. Then, things get interesting. The game master reveals that in Sword Art Online, whoever dies in the game will also die in real life. Also, if somebody in the real world tries to remove the virtual headpiece from the players’ heads, the headpiece will immediately kill the player. 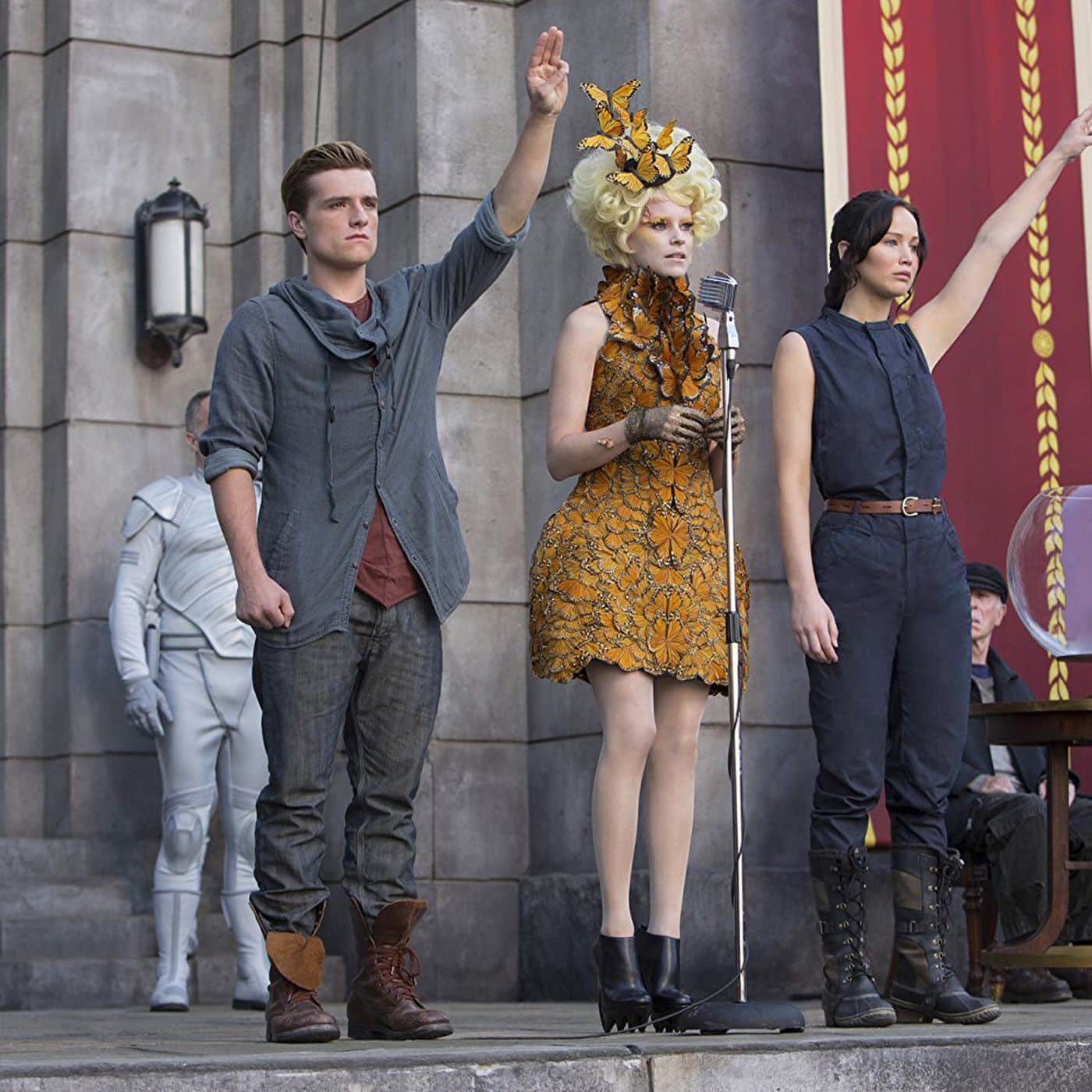 Another recommendation for people that are searching shows like Squid Game, is Hunger Games. The story of this famous movie is based on the novel that has the same name. There are 3 books and 4 movies, so the last book’s storyline has been divided as part 1 and part 2 in the movies. Hunger Games is a dystopia about Panem, the country that takes North America’s place which is weakened and collapsed with drought and subsequent fires and famines.

Panem consists of a capital city called “Capitol” and 12 states surrounding it. Each year, a contest called “Hunger Games” is held, in which two young adults from each district are selected by a raffle system. The participants will have to survive, get weapons and kill each other until one person remains. The winner is granted a life that is full of riches that is enough for themselves and their family. Katniss Everdeen breaks this cycle and becomes the face of an upcoming civil revolution. 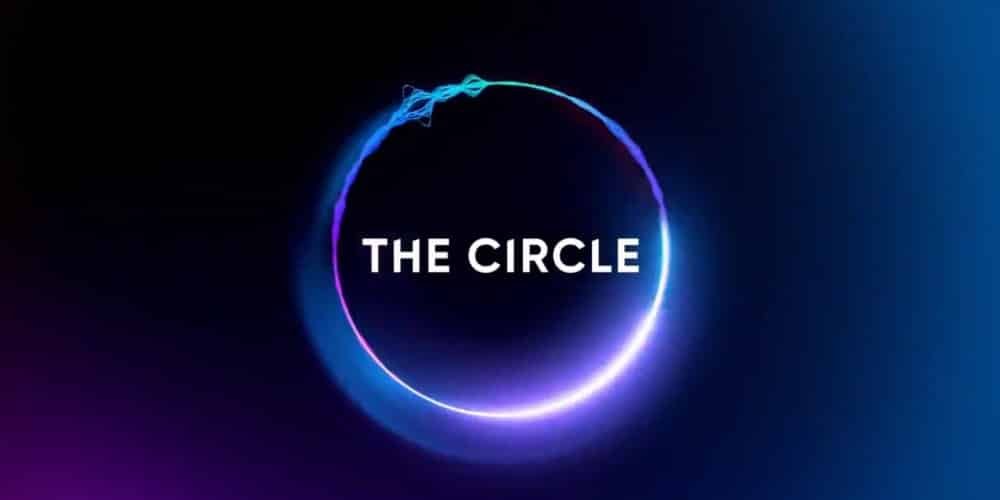 Circle tells the story of a group of people trapped in a circle. Fifty people who don’t know each other wake up to find themselves in a mysterious room. People stand motionless in a circle where one person dies every two minutes. Being one of the shows like Squid Game, the Circle will satisfy you If you look for a thriller that is full of gore. 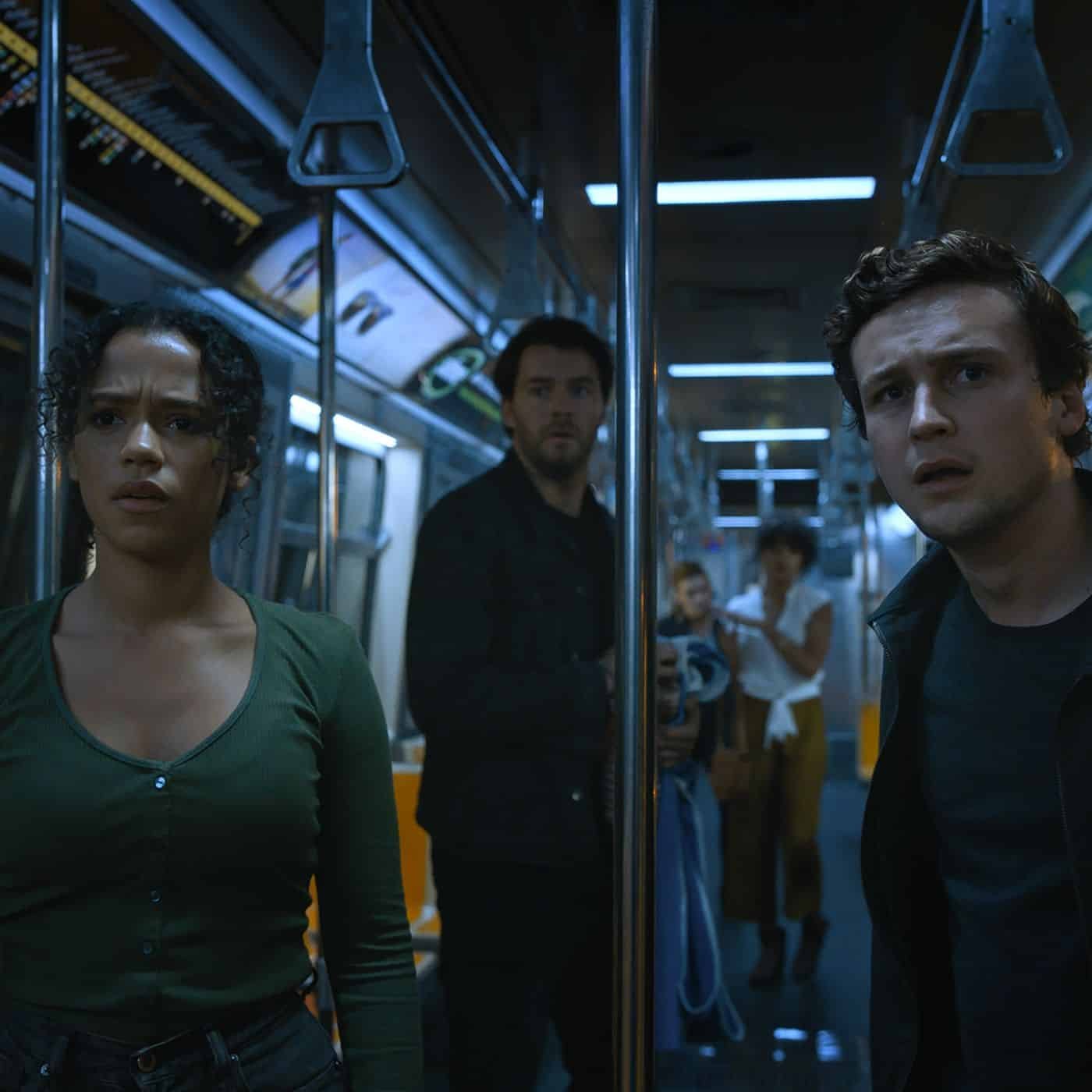 Escape room is a movie that tells the story of six strangers trying to escape from the, well, you guessed it, escape room. The lives of 6 people who do not know each other change drastically after they receive entrance tickets to an escape room. If they manage to escape, there is a great reward. But this movie is in our list as one of the shows like Squid Game, so you already know that some of the people die in each room.