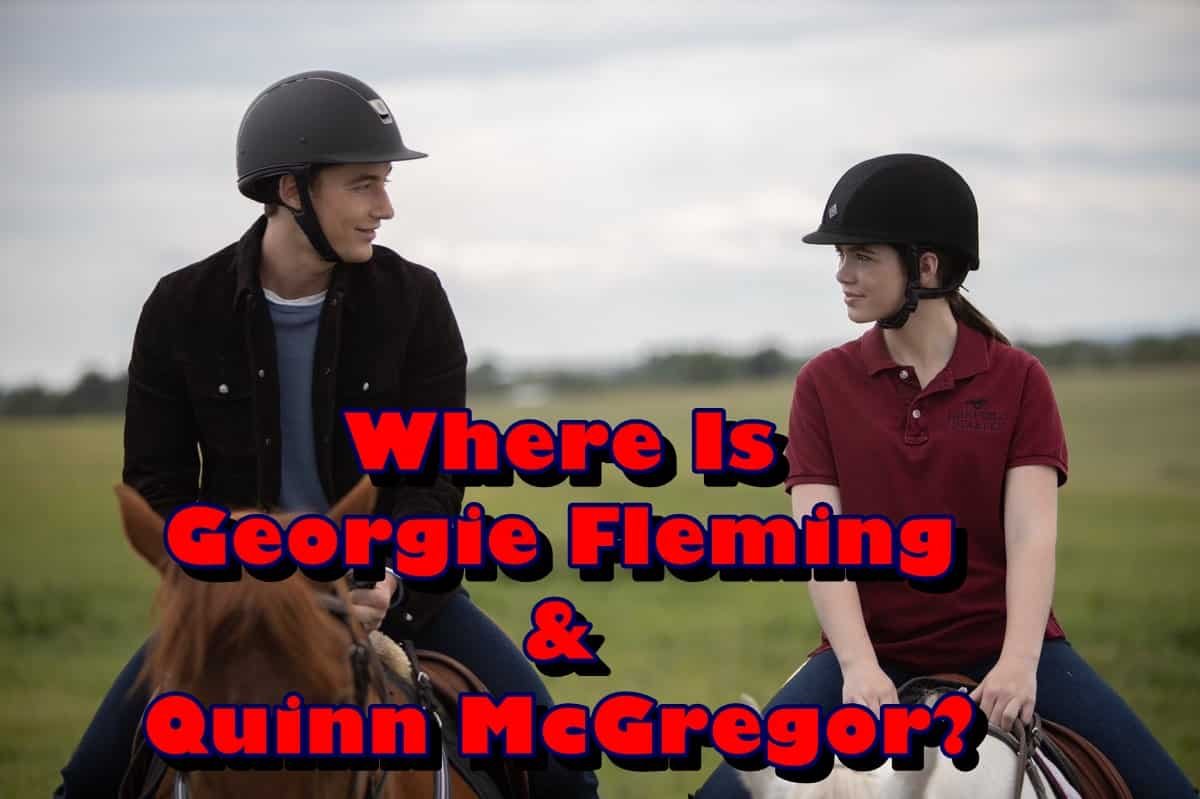 Heartland, Georgie and Quinn riding together

Heartland is certainly one of the aspects of Canada that Americans and we as Upcoming Season family admire. Since 2007, the delightful family drama has been on the air for approximately 15 years, yet its popularity has remained strong. The 15th season of Heartland ended in December 2021, leaving the fans empty-hearted. With the end of the 15th season, some started to wonder where is Georgie Fleming & Quinn McGregor right now. Let’s try to answer that, shall we?

Georgie Fleming Morris, a fiery and strong character on the TV show Heartland, has become one of the show’s most adored characters. In real life, actress Alisha Newton, like her role Georgie, has a tremendous passion for horses. 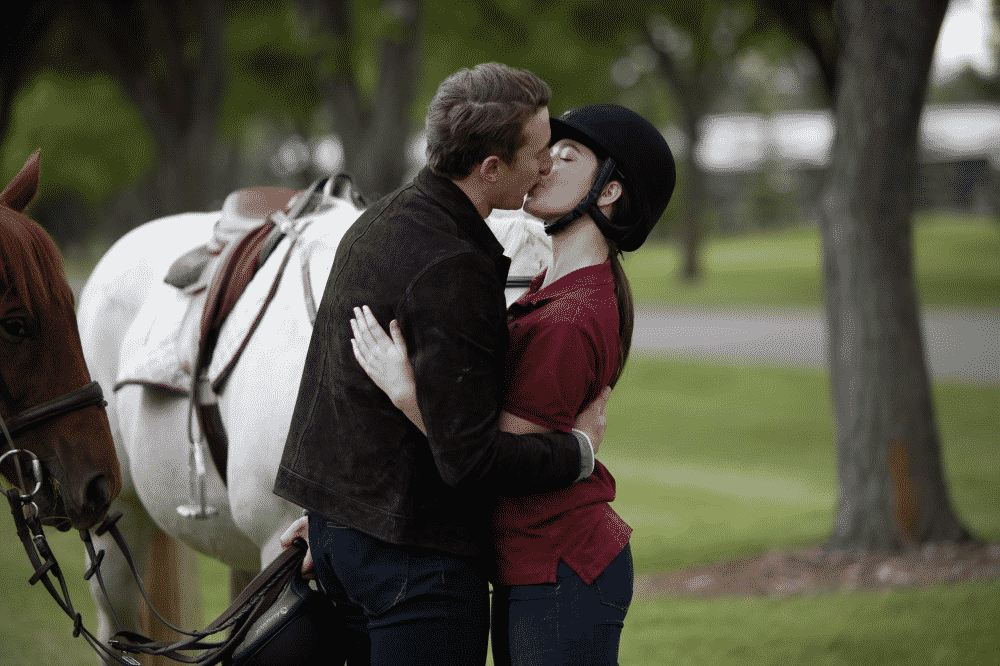 Alisha Newton is a Canadian actress and rider who portrays Georgie Fleming Morris in the television show Heartland. Her net worth is projected to be over $800,000, as she was born in 2001 in Vancouver, Canada. Georgie develops from a rebellious fugitive to a strong, fearless lady during Heartland. She can overcome her difficulties with the assistance of horses.

Alisha Newton, who is a superb equestrian in real life, has been allowed to exhibit her riding talents as Georgie Fleming Morris.

Despite the fact that Quinn is a relatively new member of the Heartland world, fans quickly warmed up to her. Quinn’s friendship with Georgie, as well as their promising future together, is one of the show’s most uplifting stories. Not to add that the delightful Jordan Burtchett’s depiction of Quinn blew many admirers away. 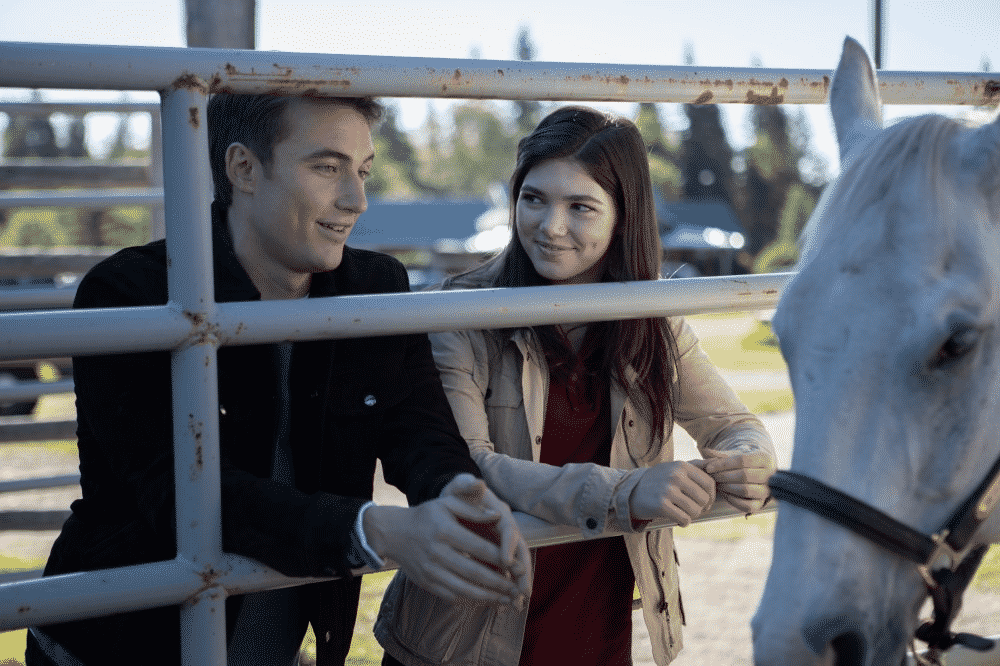 Jordan Burtchett is a Canadian actor who portrays Quinn McGregor in the hit television series Heartland. The actor of British-Irish ancestry was born in Vancouver, Washington, in 1994. Quinn first appears in Season 13 of Heartland. His polished appearance and English riding style did not first fit in with the Fleming-Bartlett line, but he rapidly learns to adapt to the Western way of life.

Jordan Burtchett began performing in his late teens and has lately achieved success in Hollywood. Aside from Heartland, he appeared in big films such as The Killing (2011-2014), Supernatural (2005-2020), and 2 Hearts (2020).

Is Georgie in Season 15 of Heartland? 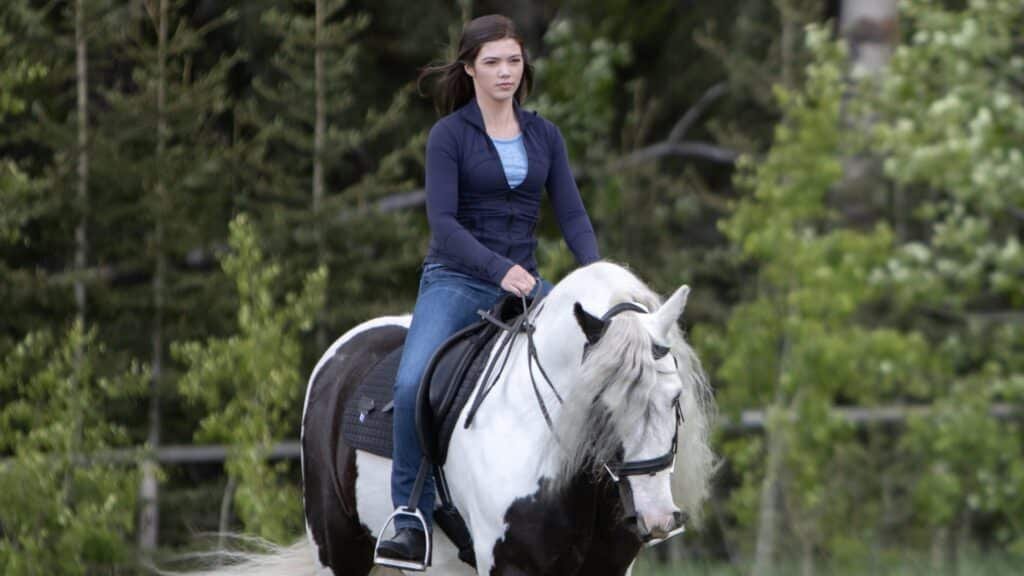 With the release of the Heartland Season 15 teaser fans were all hyped up. It was dramatic, painful, and spectacular, with stunning settings, charming horses, and, of course, powerful personalities. However, one thing instantly drew their attention: one of those characters, Georgie, was absent from the trailer.

Many of us were taken aback because Georgie is one of the show’s key characters and a fan favorite. Even though it is not unheard of for a long-running show like Heartland to take a break from some of its characters on occasion, leaving them out for a whole season is a bold decision. That is why Georgie continued to be a part of the show. 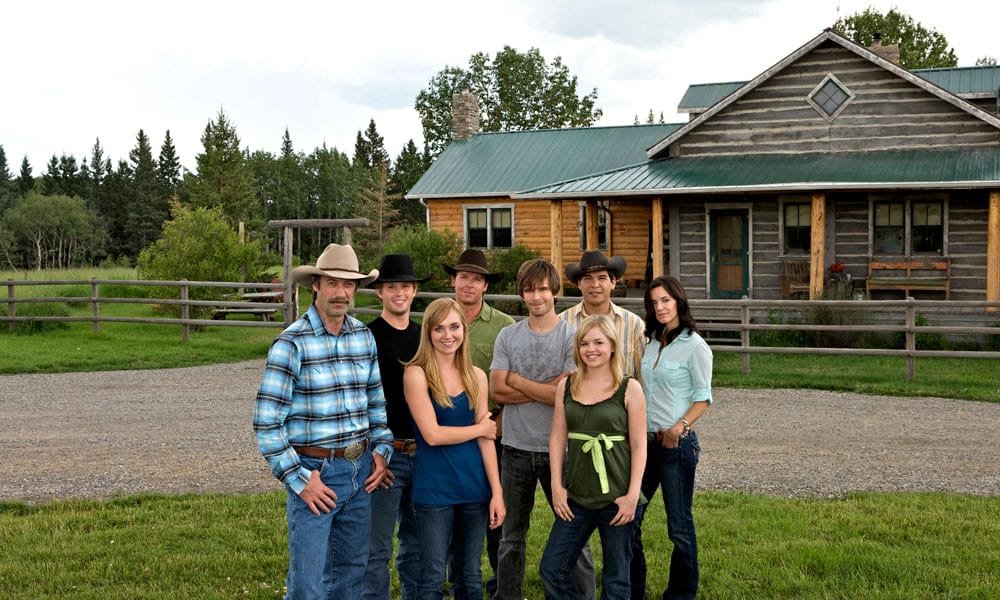 With one notable exception, the majority of the regular cast members were scheduled to return in Heartland Season 15. Amber Marshall as Amy Fleming, Ruby and Emmanuella Spencer as Amy’s daughter Lyndy Marion Borden, Michelle Morgan as “Lou” Fleming Morris, Shaun Johnston as Grandpa Jack, Jessica Steen as Lisa Stillman, Kerry James as Caleb Odell, Madison Cheeatow as Jade Verani, Aiden Moreno as Rick Adderly, and Ava Tran as Parker Yang have all been affirmed to show up in season 15.

Where is Quinn McGregor Heartland? 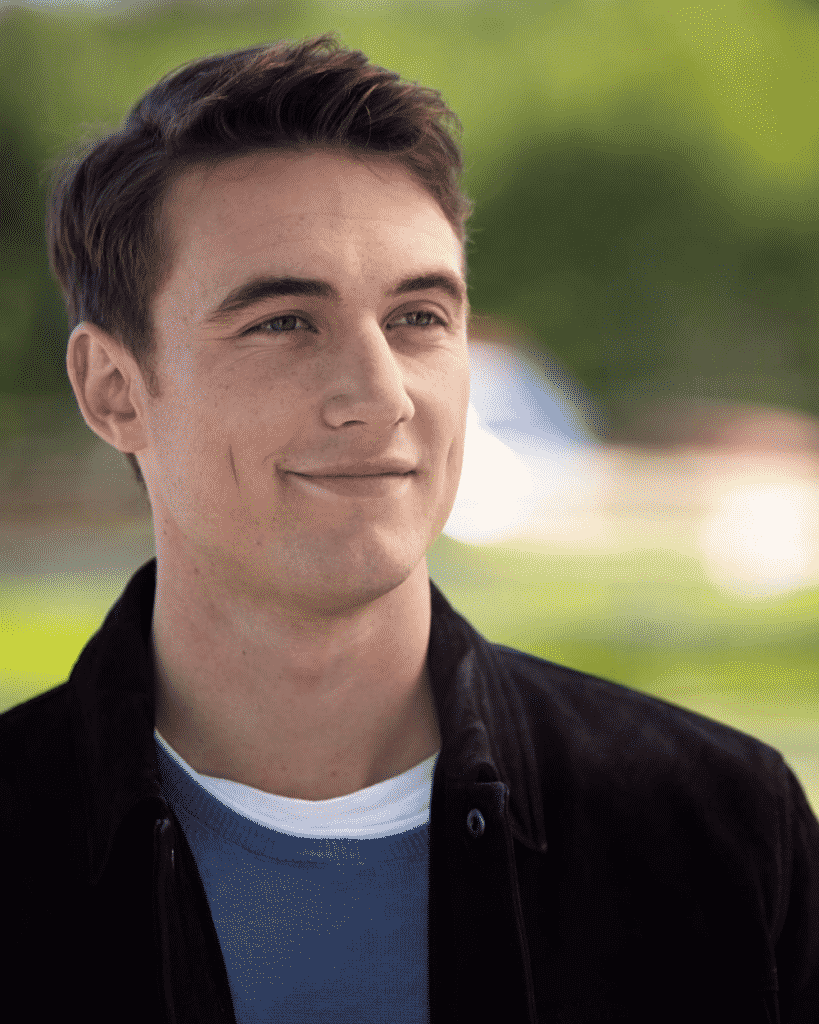 Quinn makes his debut appearance on Heartland in Season 13 Episode 6 “A Time to Remember.” He is introduced as a buddy from Georgie’s Europe trip during her graduation from high school.

Quinn’s family operates a large showjumping business in Florida. He was only intended to be in Hudson for a brief visit, but things turned out rather differently. Quinn is offered and accepts a coaching post at the famous Hillhurst Stables where Olivia and Prince Ahmed keep their horses at the end of Season 13.

Moreover, the lack of Quinn and Georgie in the season 15 trailer was suspicious and raised questions about the couple’s location. Many believed that both Burtchett and Newton will appear in the season, although their screen time will be restricted and infrequent, which ended up being so. The duo appeared in a few episodes.

Who does Georgie Marry in Heartland? 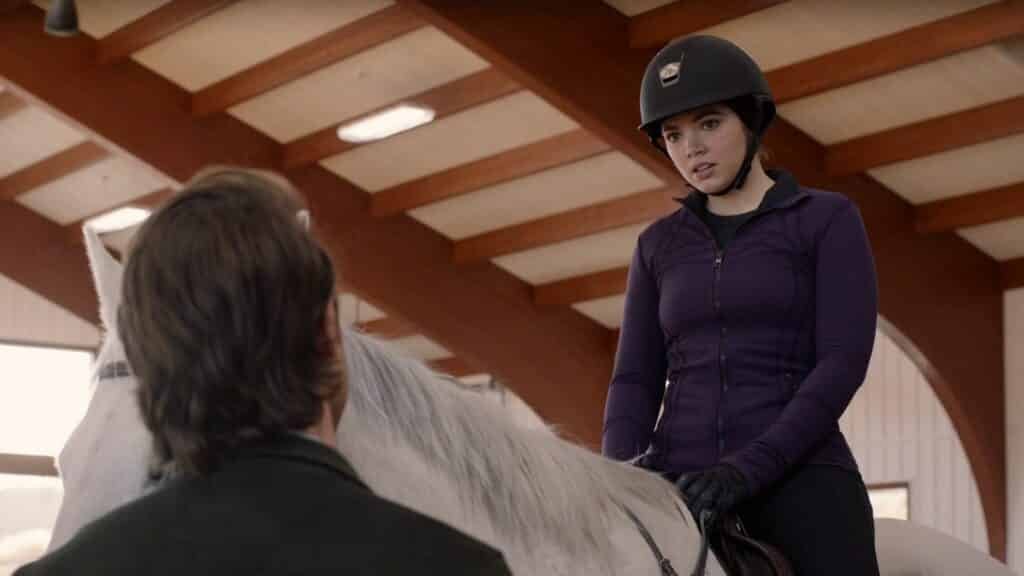 In Heartland Season 13 Episode 10 “The Passing of the Torch,” Quinn and Georgie eventually meet. Quinn informs Georgie about her job offer and begs for one strong reason to stay while waiting for Lou’s election results at Maggie’s. Georgie responds by kissing him.

Earlier in the episode, at the showjumping competition in Kelowna, Georgie pours her heart out to Quinn. She even declared her feelings for him, but Quinn walked away to collect his medal without saying anything. Georgie was concerned by his actions since she correctly thought he didn’t feel the same way.

Quinn, fortunately, makes a brief appearance later at Maggie’s. By the end of the episode, the pair is stronger than ever, looking forward to their exciting future together.

Quinn appears to be proposing to Georgie in Heartland Season 14 Episode 7 “Courage.” Quinn has important news to say over breakfast, which Lou notices when he finds a jewelry box in Quinn’s suitcase. Quinn, on the other hand, does not propose to Georgie just yet. Maybe the couple will get engaged in the upcoming season, who knows?

Will Georgie and Quinn be in Heartland Season 16? 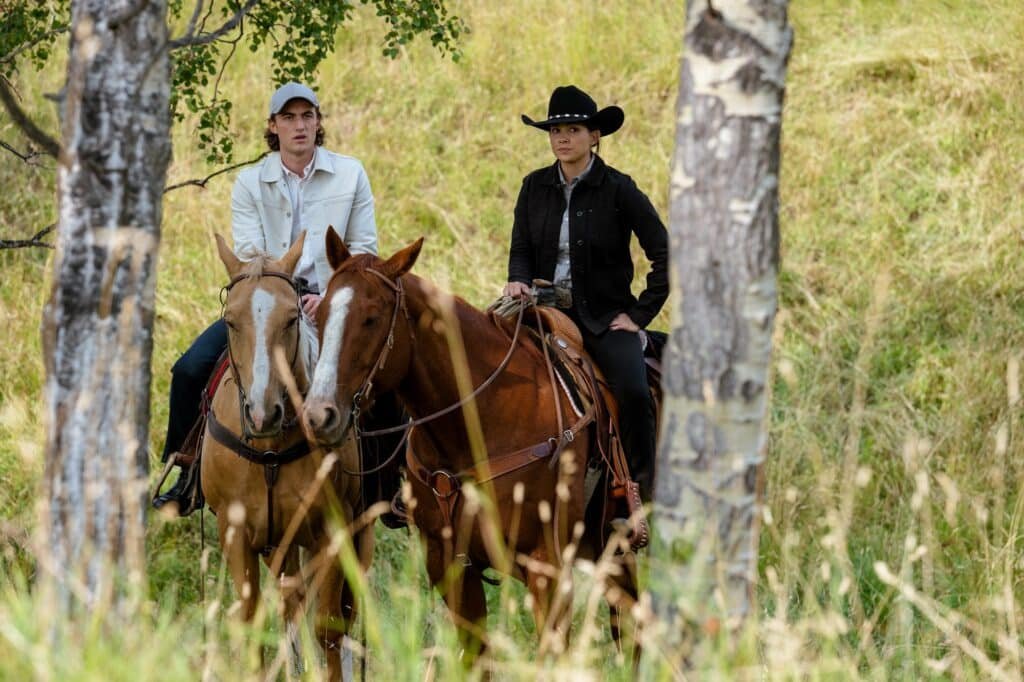 We can’t help but wonder if Georgie and Quinn will appear in Heartland Season 16? They will appear in the show, but most likely not as much as we would want. We could not see much of the couple in the 15th season anyways.

Also, season 16’s viability is completely dependent on CBC’s assessment of the series’ popularity. The Canadian network CBC hosts the show and has funded its growth since its beginning. While the program is still running strong, the recent death of a significant character has caused viewers to have doubts about its future.

It is unknown whether or not there will be a Heartland Season 16 at this time. The CBC has yet to declare whether the series will be renewed or canceled, which is likely a few months after Season 15 concludes. However, given the show’s large fan base and good ratings, another season is very certainly on the way.

Also Read: Most Beloved Horses Of Heartland! – Will Spartan Die? 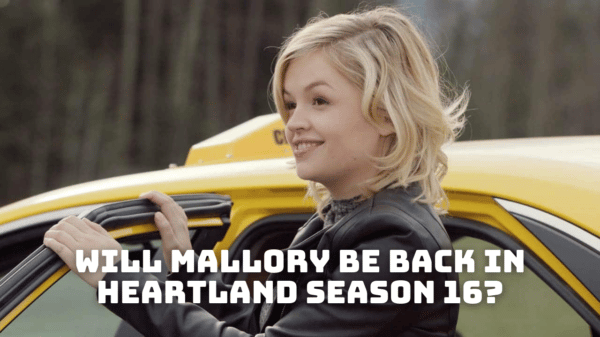 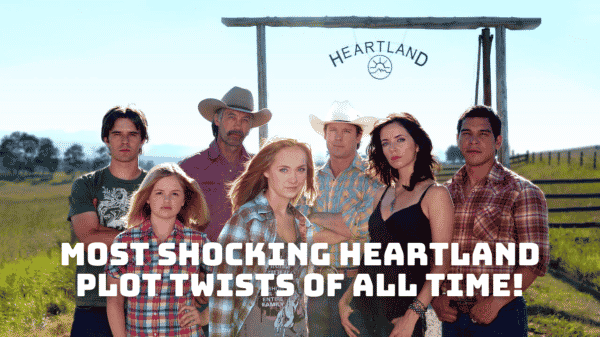 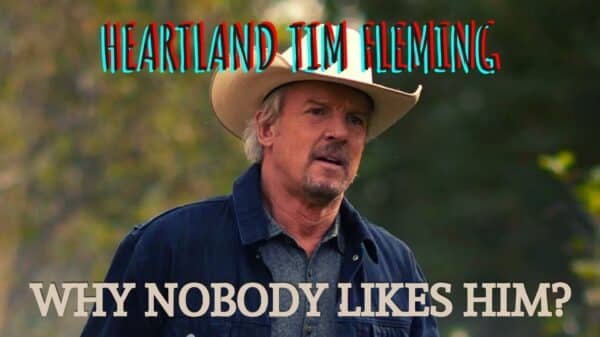 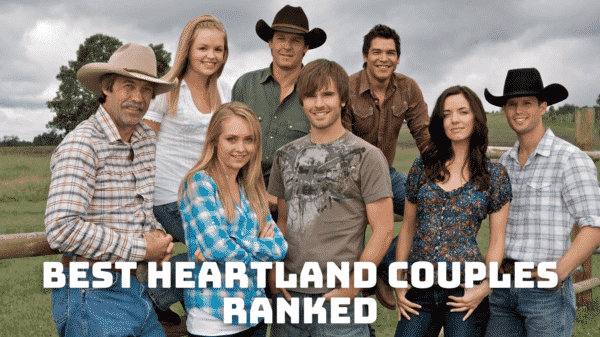