The Serpent Queen cast is the most valuable factor in the success of the series. So who are these people? The answer is in our article!

In The Serpent Queen, we witness the story of Catherine de Medici, who is known as the cruel queen. Catherine, who is an orphan and poor, is married to the French ruler when she is only 14 years old. However, shortly after Catherine’s marriage, she realizes that her husband is in a relationship with one of the beautiful bridesmaids, Diane de Poitiers. Feeling insecure and lonely, Catherine must quickly develop a strategy and protect her place in the palace. But how?

The book Catherine de Medici: Renaissance Queen of France was a hit when Leonie Frieda wrote it, and now it is featured in the historical drama series The Serpent Queen, with gorgeous costumes and 16th century mood. The mini-series The Serpent Queen, which started airing on September 11, 2022, has 1 season with 8 episodes and its IMDb score is 6.8.

Let’s meet The Serpent Queen cast, who made this amazing production!

Also Read: What To Watch If You Are A British Royal Family Fan! – Shows To Commemorate Queen Elizabeth II! 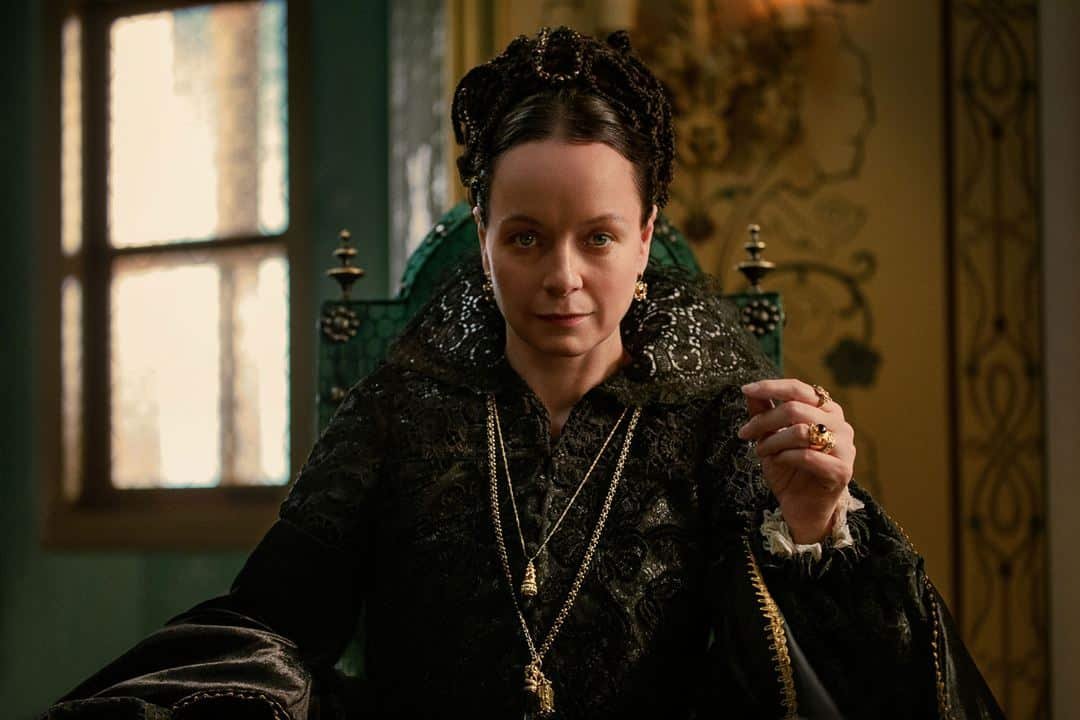 Samantha Morton is our lead character, playing Catherine de Medici in The Serpent Queen cast. This woman, who felt helpless at the beginning, becomes extremely cruel in her way of empowerment.

Samantha Morton, who is the best actor and director, has 22 awards in total, including 2 Oscar nominations and 1 BAFTA award. Samantha, whose family was alcoholic and had a bad childhood, was able to erase the traces of this life with acting when she met at the age of 13. Maybe that’s why it’s so successful? His most famous productions are Minority Report, The Messenger, Tales of the Walking Dead, The Sandman and Cosmopolis.

British successful actress Samantha Morton is 45 years old. She has been with Harry Holm since 2005 after her failed marriages. The couple has 3 children. 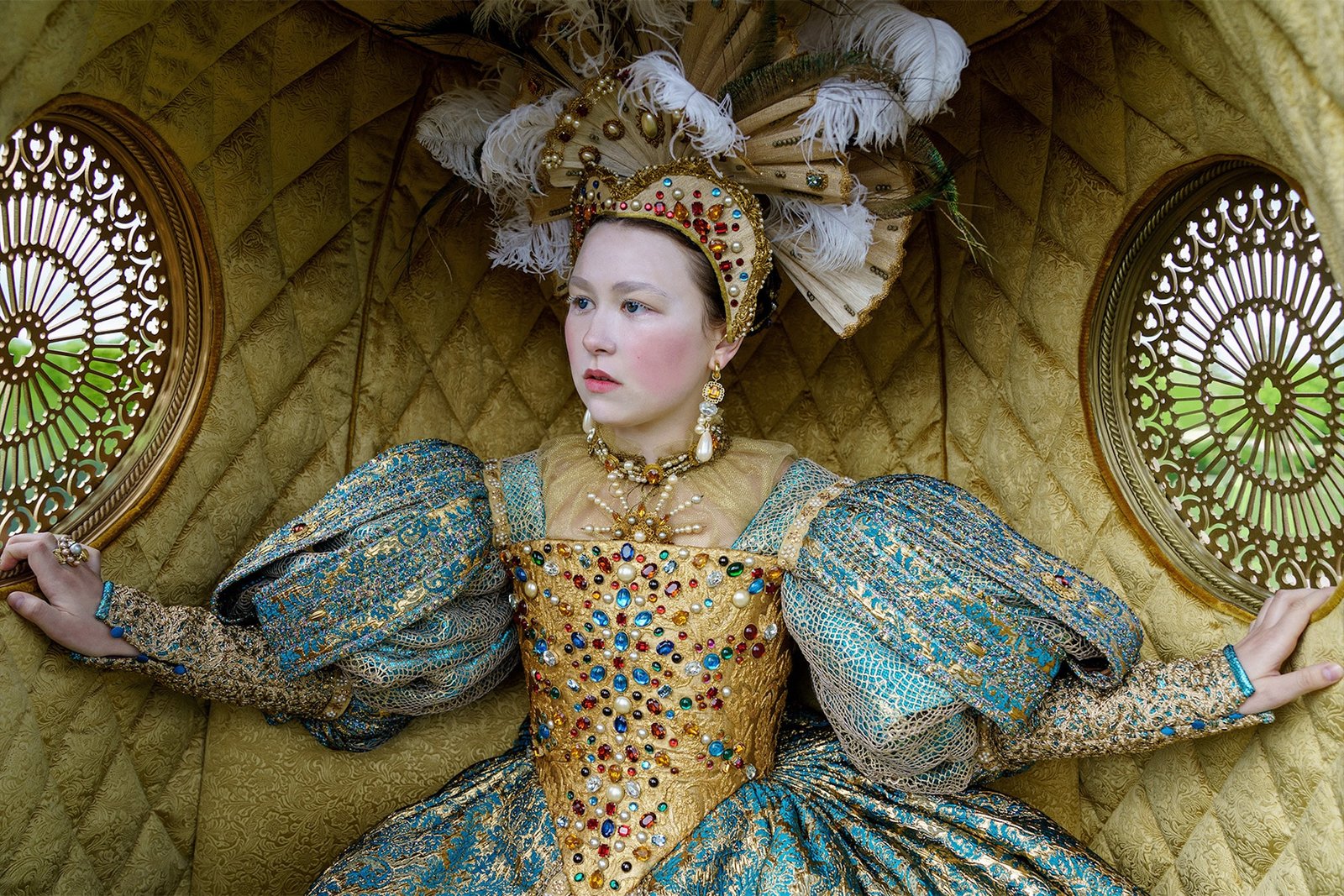 Liv Hill is seen as Young Catherine in The Serpent Queen cast. Here is the girl who suffered all the pain!

Liv Hill, who is extremely talented despite her young age, had the opportunity to live in many countries, including Germany, as her father was a member of the army. Written for an agency at the age of 15, Liv has been involved in acting ever since. Her credits include Jellyfish, Three Girls, The Fight, The Little Stranger.

British Liv Hill is only 22 years old and has no known relationship. 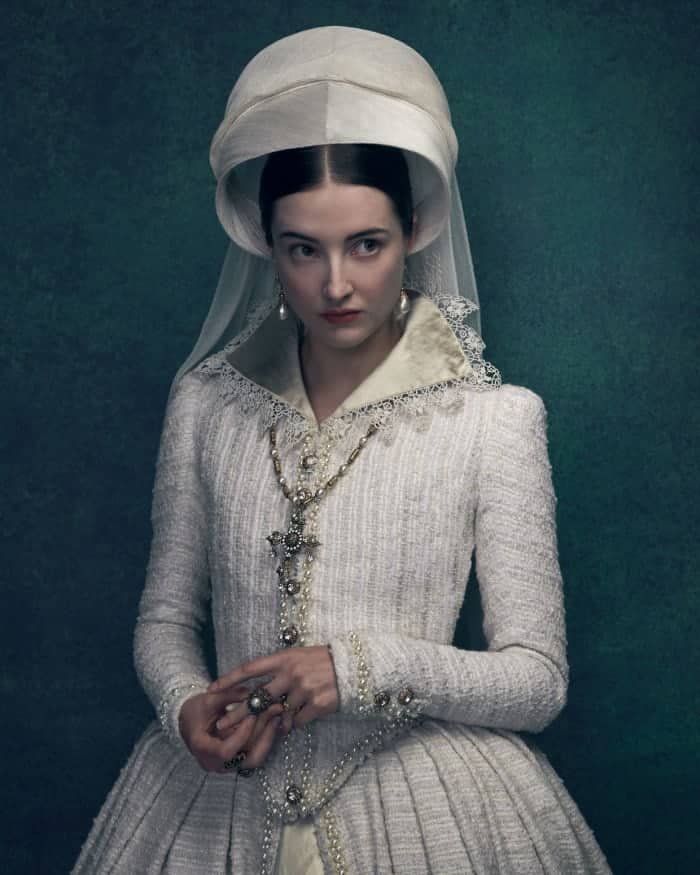 Antonia Clarke plays the role of Mary Queen of Scots in The Serpent Queen cast. She is a queen who has learned to be ruthless, who was only six days old when she took the throne.

The beautiful Antonia Clarke, who is both an actress and a singer, decided she wanted to be an actress at the age of 15 when she was in high school, and she got her education on it. It was first seen on the screen in 2011. His most famous productions are Anna, Skins, Book of Love, Teen Spirit, Lovesick and The Holt.

British actress Antonia Clarke is 27 years old and has no known relationship. Charles Dance is seen as Pope Clement in The Serpent Queen cast. He serves the Medici family.

Legendary Charles Dance is an actor, screenwriter and director. Although he studied graphic design in high school and university, he decided that he wanted to act instead of this profession. For this reason, he started acting at the Royal Shakespeare Company after college. He made his screen debut in 1981 with For Your Eyes Only. His most famous productions are Game of Thrones, Gosford Park, The Hanging Sun, The Sandman and The King’s Man.

Cult actor Charles Dance is British and is 75 years old. His marriage, which lasted more than 30 years, ended in 2004 and he has 3 children from this marriage. 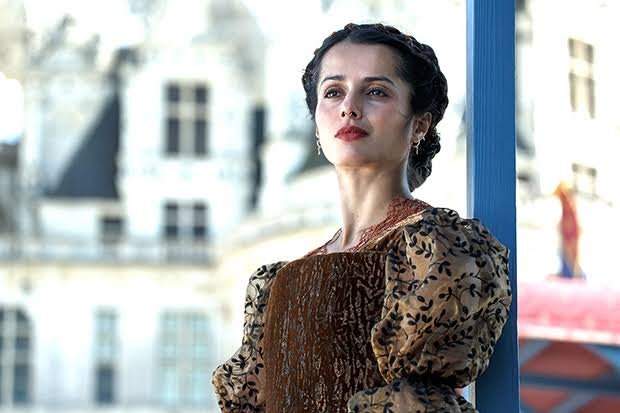 Aabis character is played by Amrita Acharia in The Serpent Queen cast. One of Catherine’s retinue team, Aabis is beautiful and harmonious.

Amrita Acharia, whose mother is an architect and whose father is a lawyer, has traveled to many countries due to her family’s professions. Amrita, who has tasted the cultures of these countries one by one, says that this has contributed greatly to her acting. Seeing that she had an interest in dance and acting in high school, she was one of those who decided to get an education on it. Her best-known productions are Game of Thrones, The Sister, I Am Yours, Takeover, and Missing Link.

Amrita Acharia is 35 years old and was born in Nepal but is British. We could not find any information about the love life of the actress who kept her private life secret. 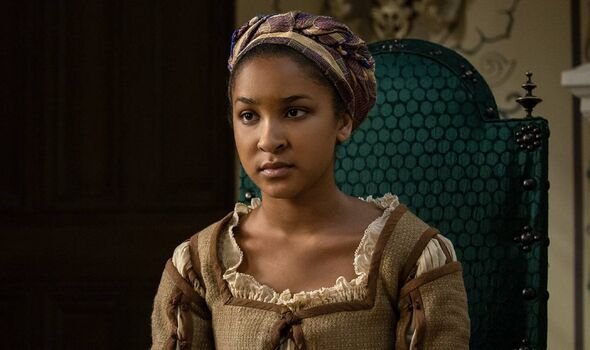 Sennia Nanua plays the character of Rahima in The Serpent Queen cast. Rahima is Catherine’s maid, who is the first to serve when she wakes up each morning.

Although she is very young, Sennia Nanua is one of those extremely lucky that her talent was discovered early on. She continues her education life through acting. She said hello to the screens for the first time in 2015 at the age of 13, she took part in award-winning and successful productions. These include The Girl with All The Gifts, Frankie, The Fight, Casualty, and Beverley.

British mulatto actress Sennia Nanua was born on 13 November 2002 and is 19 years old. We do not have any sensitive data on Sennia’s private life, which we believe will take part in many productions in the future, and especially on her love life.