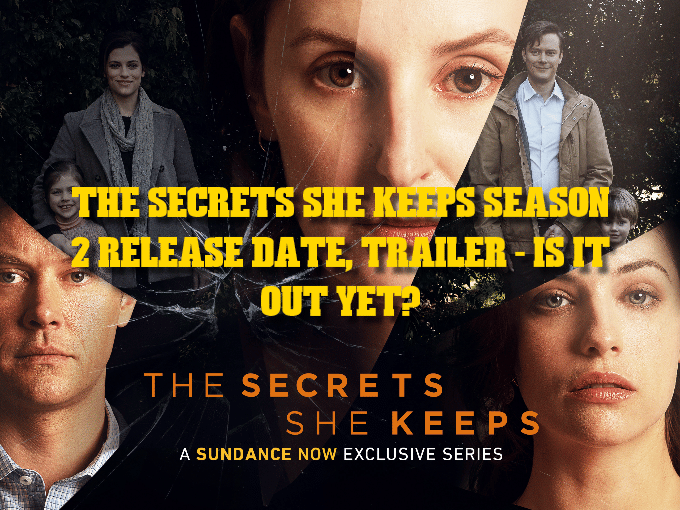 The Secrets She Keeps

The Secrets She Keeps is a new series that was inspired by true events. It was announced back in February 2020 that the book was going to be adapted into a TV show. That book is the psychological thriller novel by Michael Robotham. It is an Australian TV show, and it premiered on Network Ten in April 2020. It was adapted to TV by writers Sarah Walker and Jonathan Gavin. It tells the story of two very different women with dangerous secrets, and these secrets can very well destroy everything that they care about. After a successful and thrilling first season, fans have been waiting for a new season. Let’s find out The Secrets She Keeps season 2 release date!

The show tells the story of two very different women with dangerous secrets, and these secrets can very well destroy everything that they care about. One of the women is portrayed by the lovely Laura Carmichael who you might recognize from the hit the UK show Downton Abbey. She’s accompanied by Jessica De Gouw, who we know from Arrow as The Huntress.

The Secrets She Keeps’ premiere was a huge success, and it became an audience favorite. So, guess what? The show got picked up for another season and it aired on July 12, 2022! The season includes 6 episodes, and all will be available at once. This also means that season 2 has been moved to a streaming service. You can catch all-new episodes of The Secret She Keeps on Paramount Plus. Here’s the preview trailer if you want to get a glimpse of the new season!

What is the true story behind The Secrets She Keeps? 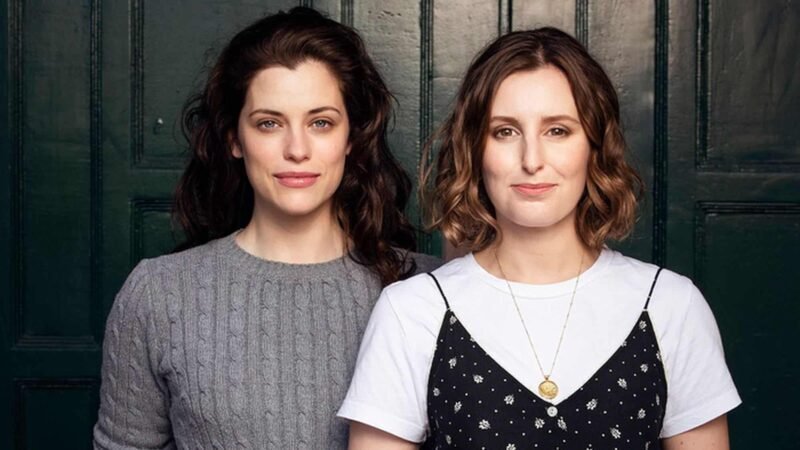 The Secrets She Keeps Meghan & Agatha

Is the story behind the beloved TV series true? No, not exactly. But the 2017 thriller novel was inspired by real-life events. Autor Michael Robotham was a journalist back then when a little baby was kidnapped from a maternity ward.

In 1994 a woman dressed as a nurse in a hospital’s maternity ward persuaded the father of a newborn baby to give her his daughter. Saying she needs a hearing test; the woman took the little baby, and she wasn’t heard of again.

17 horrible days later, the little baby Abbie was returned home to her parents. It was later revealed that a 22-year-old woman faked her own pregnancy and took Abbie to fix her troubled relationship. This event is what triggered Mr. Robotham to write his own version of the story and thus came The Secrets She Keeps.

You may also like: Suspect Cast – Ages, Partners, Characters

What is Meghan’s secret in The Secrets She Keeps? The Secrets She Keeps Meghan

Both ladies on the show have their own secrets. But during the series, we discover a lot about Meghan. She’s married to her husband Jack, and he has a friend named Simon. Meghan and Simon have a major secret. They share a special time once and this sparks the rumor on whether Simon’s the baby’s father.

After the scene where both ladies meet and Meghan takes back her baby, there’s a time jump to the baby’s (Ben) christening. We see Meghan and Jack still together. Meghan wants to keep Ben’s true parentage a secret, so she takes a DNA swab from her older son. Then she changes it with the one she took from Ben, ensuring that the results will say that Ben is Jack’s son. So this is Meghan’s secret in The Secrets She Keeps.

What is the conclusion of The secrets She Keeps? 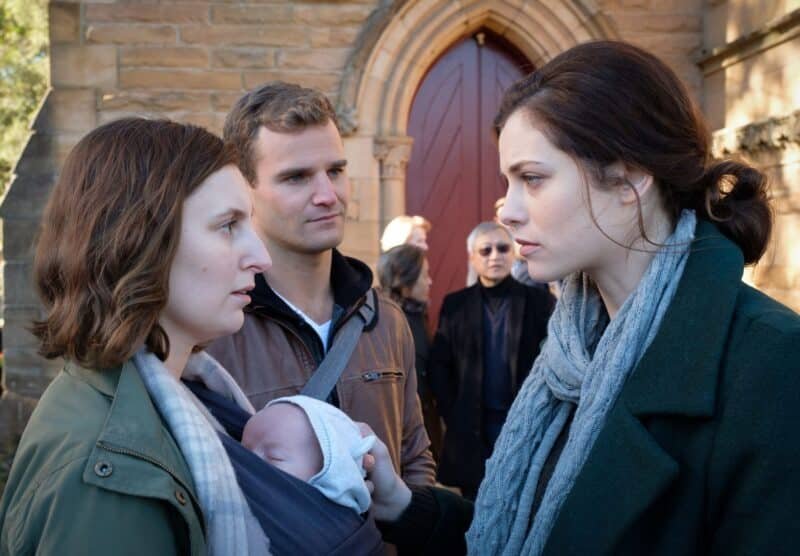 The Secret She Keeps Ending

The ending of season 1 reveals that Agatha stole Meghan’s baby. Little Ben, (Rory to Agatha) after 12 days, has trouble feeding from the bottle and develops a fever.  Agatha does not want to take him to the hospital, fearing that his identity will be revealed. After some convincing from his boyfriend, she takes him to the hospital. When the doctor insists on admitting him, Agatha takes Ben and flees the city with him.

First, she takes him to her stillborn daughter’s grave, where we see two other graves. Those are the other children who were kidnapped unfortunately died under Agatha’s care. She seeks refuge in her workplace and steals baby supplies, phones, and a gun. She then calls her boyfriend to tell him that she’s ready to give Ben back to Meghan, but to her alone.

Hayden gave the police the wrong directions, and Meghan took her phone back from the police. This resulted in them meeting at their original place to have the handover. Meghan at the Maritime Museum convinced Agatha to give Ben to her so she could breastfeed him. When Agatha gave the baby, she pulled out her gun as well. Having arrived at the Museum, the police sniper lined up to shoot her but, Agatha pulled the trigger on herself and presumably died.

However, in the final minutes of the show, we see Agatha alive and in prison, jealous of Meghan for living the life that she wants. Meghan on the other hand is seen promising that she would do anything for her children in a voiceover. You can watch what happens next in The Secrets She Keeps now!

Continue here: Best Netflix Thriller Shows That Will Keep You At Edge