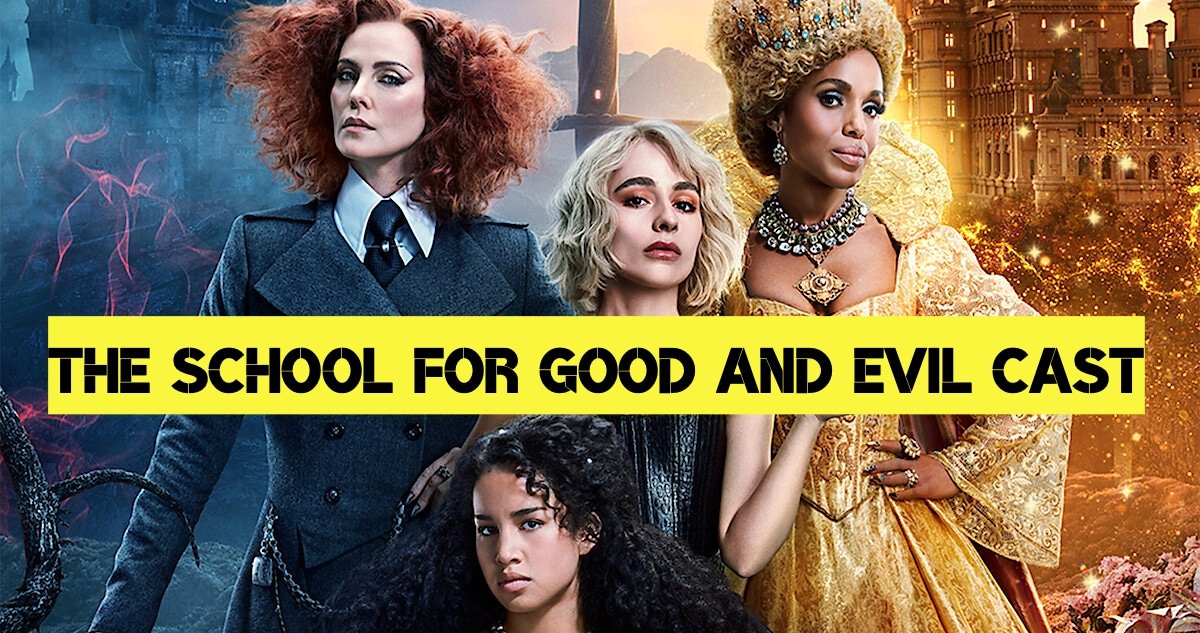 The School for Good and Evil Cast - Ages, Partners, Characters

The School for Good and Evil, based on Soman Chainani’s six-book series, tells the story of two mismatched best friends who have been whisked away into a magical world beyond the Endless Woods. Chainani authored the narrative to break away from the typical male-centered plots and focus on a female relationship that transcends labels and preconceived conceptions.

Sophie and Agatha are students at the appropriately called School for Good and Evil in the dramatic, dreamlike picture, where the actual stories behind fables and fairytales begin. The two girls seek to achieve their happy endings while on opposing sides of an epic, magical fight with beautiful twists and turns.

Also, check out: Geeked Week 2022 The School For Good And Evil News!

Sophia Anne Caruso is an actress and singer who was born on July 11, 2001. She is most known for her performance as Lydia Deetz in the Broadway version of Beetlejuice, for which she received a Theatre World Award. Among her other theater credits are Girl in Lazarus and Iris in The Nether (2015).

Caruso returned to the Triad Theatre in 2014 for a brief stint as Tina Denmark in Ruthless! The following month, she played Charlotte van Gotheem in Little Dancer at the Kennedy Center in Washington, D.C.

She subsequently made her Broadway debut at the Belasco Theatre as The Girl in Blackbird. Later the same year, she featured in the New York City Center’s Encores ensemble! A staged concert production of Runaways. In October 2016, she returned to London to repeat her role as “Girl” in the King’s Cross Theatre production of Lazarus, for which she was nominated for a WhatsOnStage Award for “Best Supporting Actress in a Musical.” 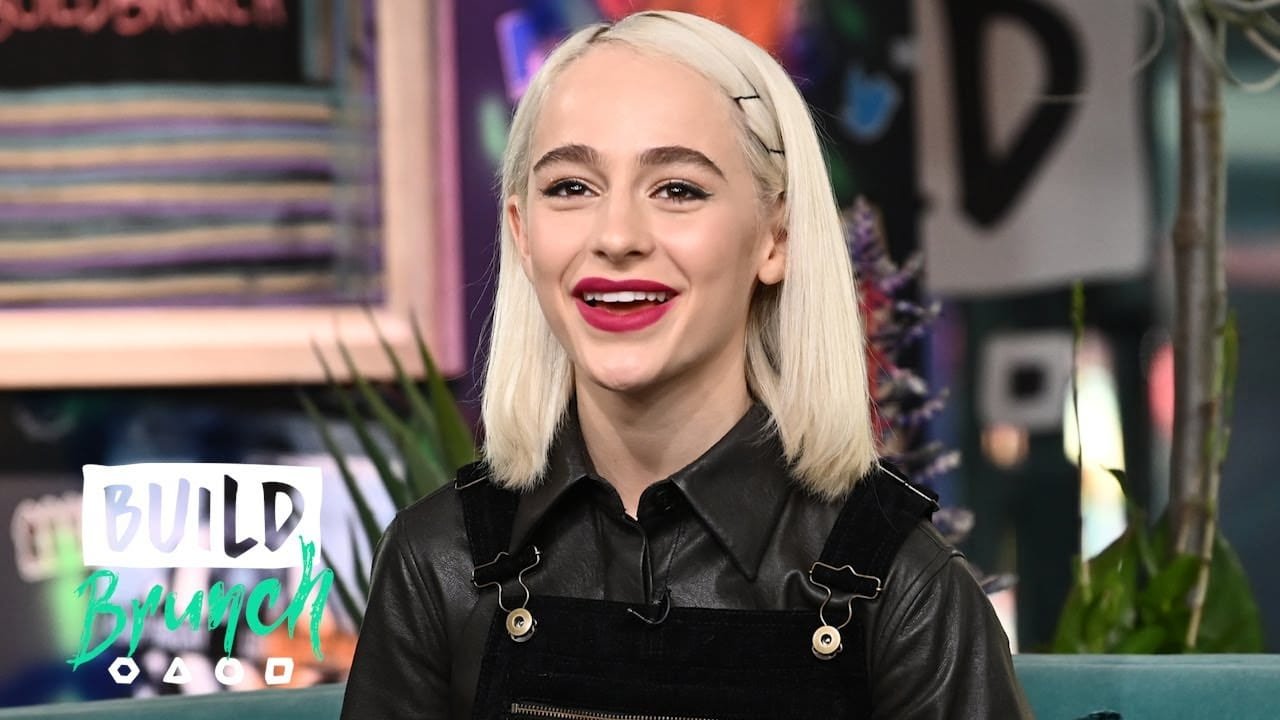 Sophia Anne Caruso – The School for Good and Evil Cast

Sofia Christine Wylie, born January 7, 2004, is an actress, singer, and dancer from the United States. She began her career as a dancer before breaking out as Buffy Driscoll on the Disney Channel comedy-drama series Andi Mack (2017–2019).

Wylie has continued to work with Disney, appearing as Cory Bailey in the 2019 feature Back of the Net, Riri Williams in the Marvel Rising animation franchise, Mia Brooks in the 2019 online series Shook, and Gina Porter in the Disney+ mockumentary High School Musical: The Musical: The Series (2019–). Sofia Wylie – The School for Good and Evil Cast

American actress and producer Charlize Theron, born on August 7, 1975, is of South African descent. She has received several honors, iincluding a Golden Globe, a Screen Actors Guild, and an Academy Award. She is one of the highest-paid actors in the world. She was included among the top 100 essential persons in the world by Time magazine in 2016.

She was the first South African to get the Best Actress Oscar for the film Monster (2003). She has furthermore acted in a number of financially lucrative action movies, such as Snow White and the Huntsman (2008), Hancock (2008), and The Italian Job (2012), and The Huntsman: Winter’s War (2015). A motion picture star on the Hollywood Walk of Fame was given to Theron. Charlize Theron – The School for Good and Evil Cast

Jamie Flatters a rising English actor born on July 7, 2000. Since 2016, he has been on several British television shows. In 2017, he joined the cast of the Avatar sequels as Neteyam, Jake Sully, and Neytiri’s oldest kid.

In London, England, on July 7, 2000, Flatters was born. He attended Lambeth Academy in London and rose to fame online after posting a YouTube video criticizing his ineligibility for voting because of his youth. Flatters is a persuasive orator who triumphed in Jack Petchey’s “Speak Out” competition in 2015. 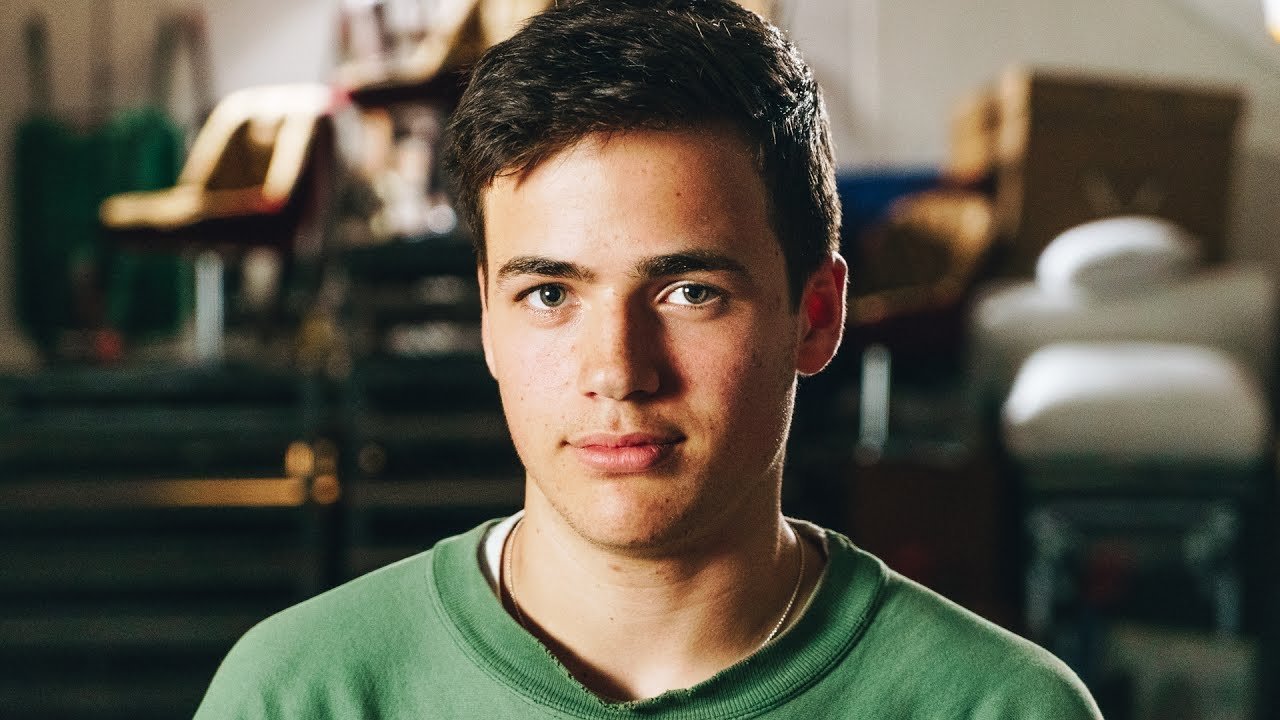 Jamie Flatters – The School for Good and Evil Cast

Christopher William “Kit” Young is a British actor born in 1994. In the Netflix fantasy series Shadow and Bone, he plays Jesper Fahey (2021–).

Young portrayed the lead in The Extraordinary Cabaret of Dorian Gray at the 2017 Underbelly Theatre Festival in South Bank after graduating from RADA. He also took the role of Billy on The Real Thing’s U.K. tour. In 2018, he performed the roles of Octavius in a Bridge Theatre production of Julius Caesar, the Journalist in a Donmar Warehouse production of The Prime of Miss Jean Brodie, and Malcolm in a Sam Wanamaker Playhouse at the Globe Theatre production of Macbeth. 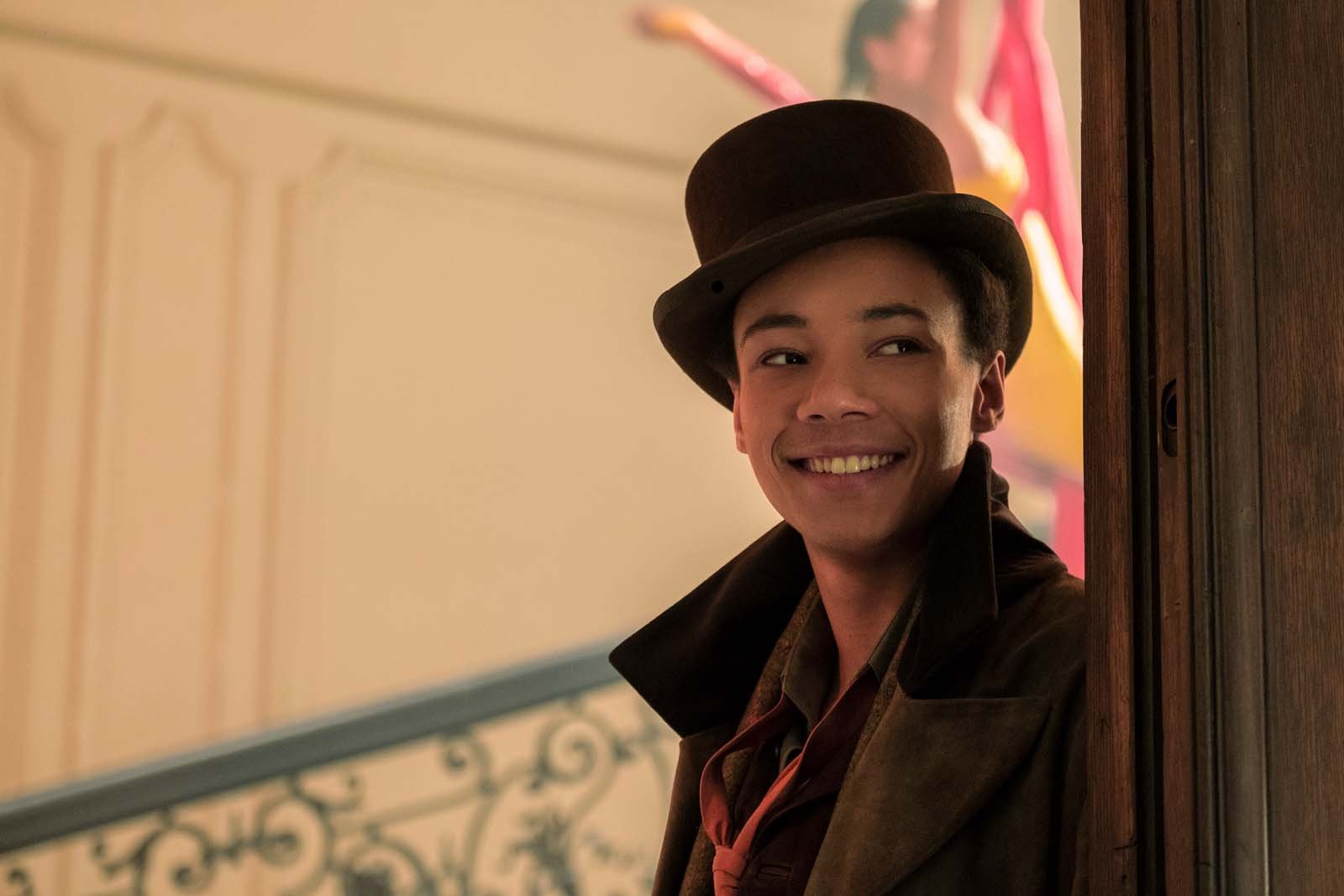 Kit Young – The School for Good and Evil Cast

Malaysian actress Michelle Yeoh Choo Kheng was born on August 6, 1962. Michelle Khan is listed as Yeoh in her early Hong Kong movies. She became well-known in the 1990s after appearing in several Hong Kong action movies, including Holy Weapon (1990), Police Story 3: Supercop (1992), and Yes, Madam (1985), in which she did her stunts (1993). 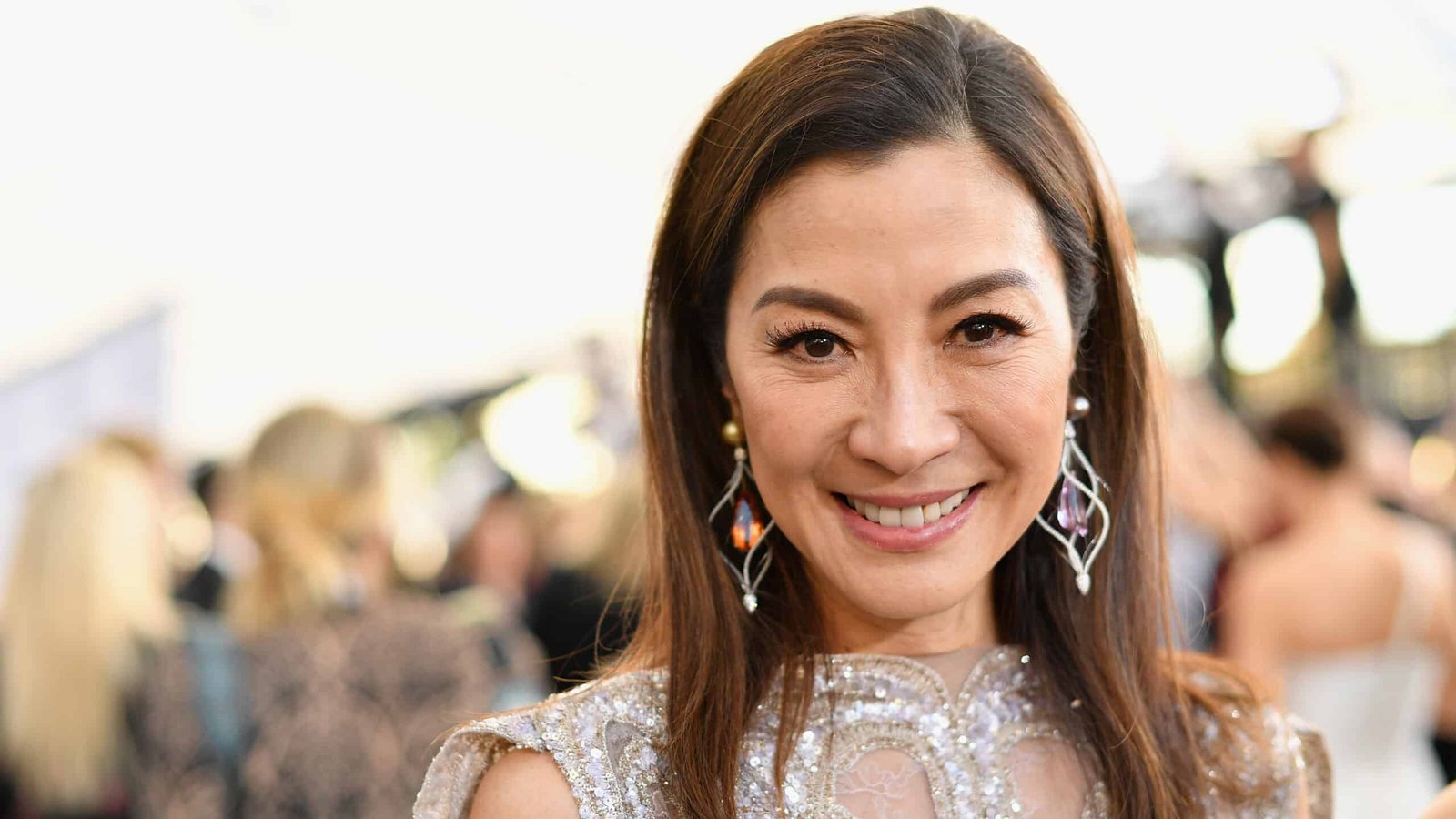 Michelle Yeoh – The School for Good and Evil Cast

Kerry Marisa Washington, an American actress, producer, and director, was born on January 31, 1977. She became well-known to the public after playing the role of Olivia Pope, a crisis management specialist, in the ABC show Scandal (2012–2018). Kerry Washington – The School for Good and Evil Cast

For similar content, check: The School Of Good And Evil Release Date, Trailer – Is It Canceled?

Share 0
In this article:The School for Good and Evil 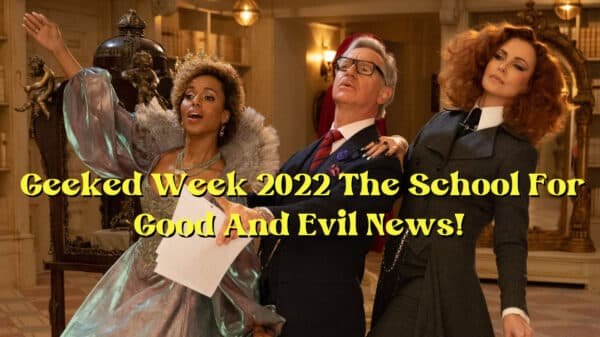 Geeked Week 2022 The School for Good and Evil News!

The School for Good and Evil, are you ready to be taken to a magical realm by this film? The conflict between good and...