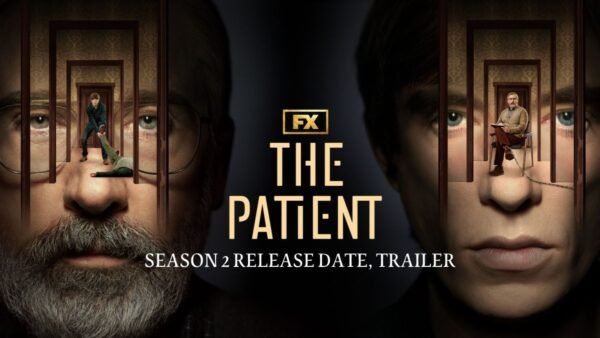 The Patient follows the story of a psychotherapist. He’s held captive by a serial killer who has an unusual request. He wants Alan Strauss (Steve Carell) to curb his homicidal urges. While he tries to grant Sam Fortner’s (Domhnall Gleeson) wishes, he also creates a journey that’s both treacherous and dangerous. The series is created and written by Joel Fields and Joe Weisberg. They also serve as showrunners and executive producers.

After The Patient premiered on August 30, 2022, it became a fan favorite quickly. It was announced as a limited series, but fans still ask if there’ll be a 2nd Season. Let’s find out! The Patient is a story about a serial killer and his therapist. Most of the season is filmed in the killer’s basement where he keeps his therapist. He keeps begging to be set free and Sam keeps him close by to help himself. The ending of Season 1 was no closure to the fans, so everybody has one question on their mind. Will there be a 2nd Season of The Patient? As of November 2022, the show hasn’t been canceled or renewed by FX.

The 10-episode season leaves you wanting more, but it was created as a limited series, so its shelf life is pretty self-explanatory. However, we can still have hope! According to Gleeson, the lead of the show says that the shows ending were perfect. So, he’s kind of okay with the way it all ended and for it to stay that way. So, we don’t know what the future holds for the psychological thriller limited series. The 9th episode of the series begins with Sam taking Alan’s words and twisting them to his own beliefs. He decides to kill his father to stop his murder spree and heads to his house. Alan tries to inform Candace, Sam’s mother of the situation but she refuses to do anything. Because Sam’s father was abusive to him and his mom. So, she doesn’t want him to have anything happy in his life. Alan and Candace get to talking.

It becomes clear that the idea of someone not deserving death by murder is a foreign idea to the mother and son duo. But Sam doesn’t follow through with his plan and returns home. Things take an even weirder turn from then on.

As the season wrapped with its 10th episode, Dr. Strauss’ life wrapped with it. After a thrilling run, the 1st Season of The Patient saw a desperate Alan trying to run for his life with a plan. The plan was to threaten Sam to turn himself in after the events of the 9th episode, or Alan would kill his mother. The struggle between the twosome ensued, and it ended with Sam strangling Alan to death. Then he mailed Alan’s last letter to his children and left his body for them to handle. One of Alan’s children Ezra started therapy himself after the unspeakable loss.

After his last kill, Sam chained himself to his basement, where he kept Strauss all these years, to keep himself from killing again. But dead Dr. Strauss appears to him and tells him that his murdering spree will not end. After chaining himself to the floor he calls out to his mother and gives the keys to the chain to his mother. The season ends with Ezra going to his therapist end as he’s about to talk about his struggles, the screen turns black, and the season ends.

Is The Patient a true story? Joel Fields and Joe Weisberg came up with the idea for The Patient from their own lives and interests growing up with Jewish families. So, the series is not based on a book or a true story. The reason they built Alan’s character around Judaism is a result of their lives around the Jewish faith.

The writers also spend a lot of time in therapy, so they created the series around it as well. So, we see bits and pieces of both the writers’ life scattered all over the series. But it is a made-up story in the end. 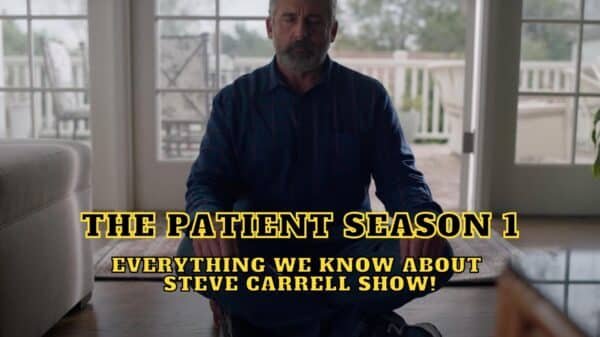 Steve Carrell, whose latest tv series, Space Force, was canceled by Netflix after 2 seasons, is now returning to tv with a new series...