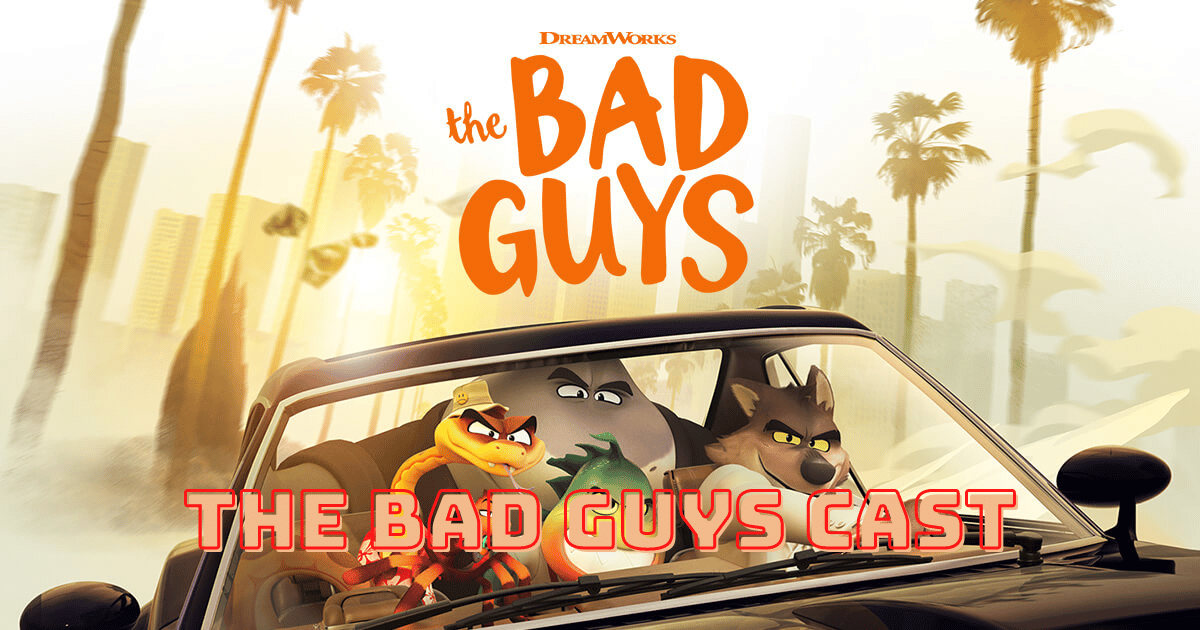 The wonderful animated film based on Etan Cohen’s screenplay, The Bad Guys, scored points with the audience thanks to its hilarious story. Not only that, but The Bad Guys cast is one of the reasons why people love the movie so much. The voice cast of the animated film consists of several excellent voice actors. 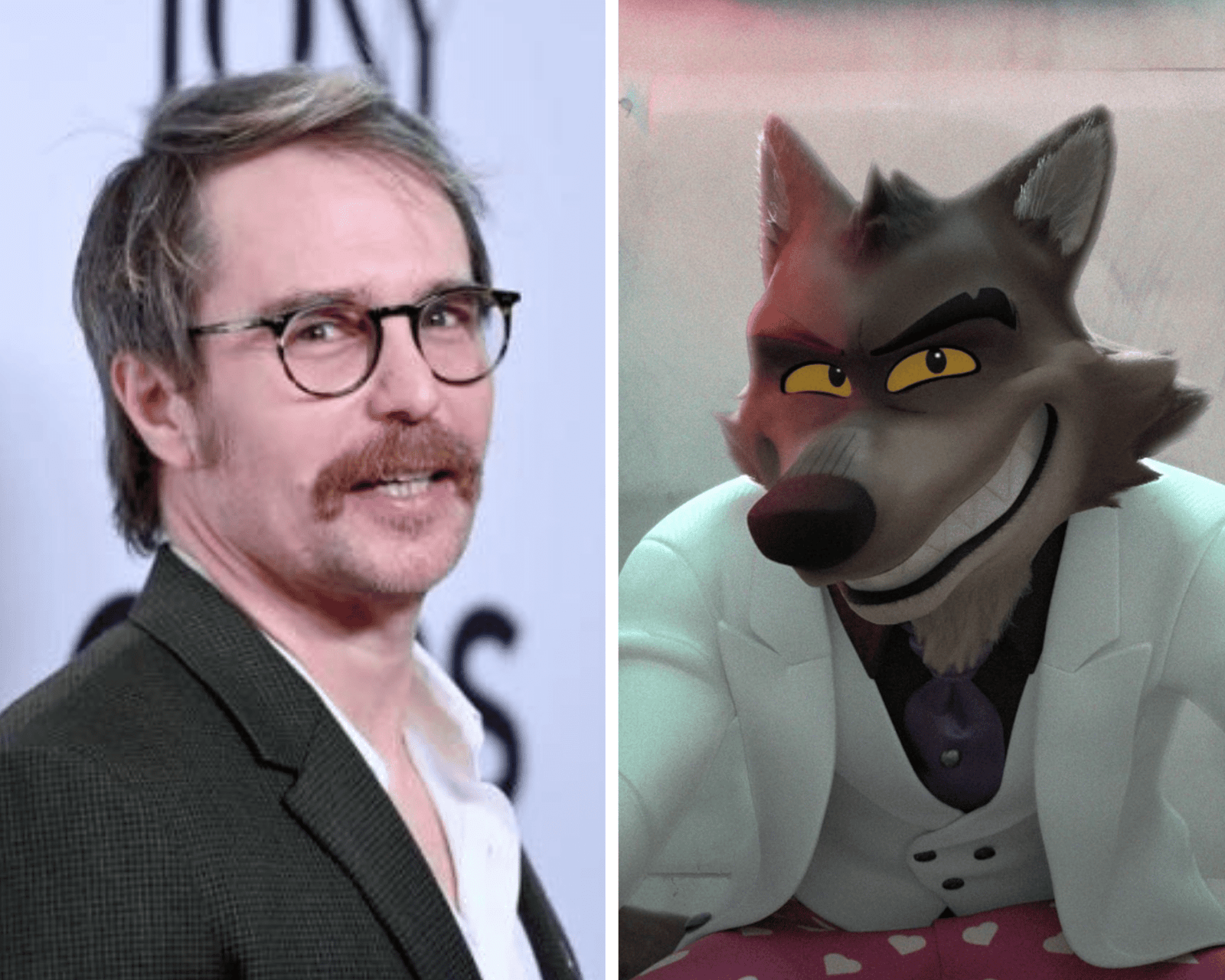 The 54-year-old talented actor Sam Rockwell is in The Bad Guys cast and lends his voice to the character Mr. Wolf, a funny, charming, pickpocket gray wolf and the leader of the gang. Rockwell has appeared in numerous films in a variety of roles. However, he’s best known for his roles in films such as Iron Man 2, Jojo Rabbit and The Hitchhiker’s Guide to the Galaxy. For his performance in Three Billboards Outside Ebbing, Missouri, the actor won the Academy Award for Best Supporting Actor, a Golden Globe and two Screen Actors Guild Awards.

Since 2017, Rockwell has been in a relationship with actress Leslie Bibb, with whom he’s starred in several films. The actor has never been married and said in an interview, “I definitely don’t want to become a parent. It’s not my bag.” 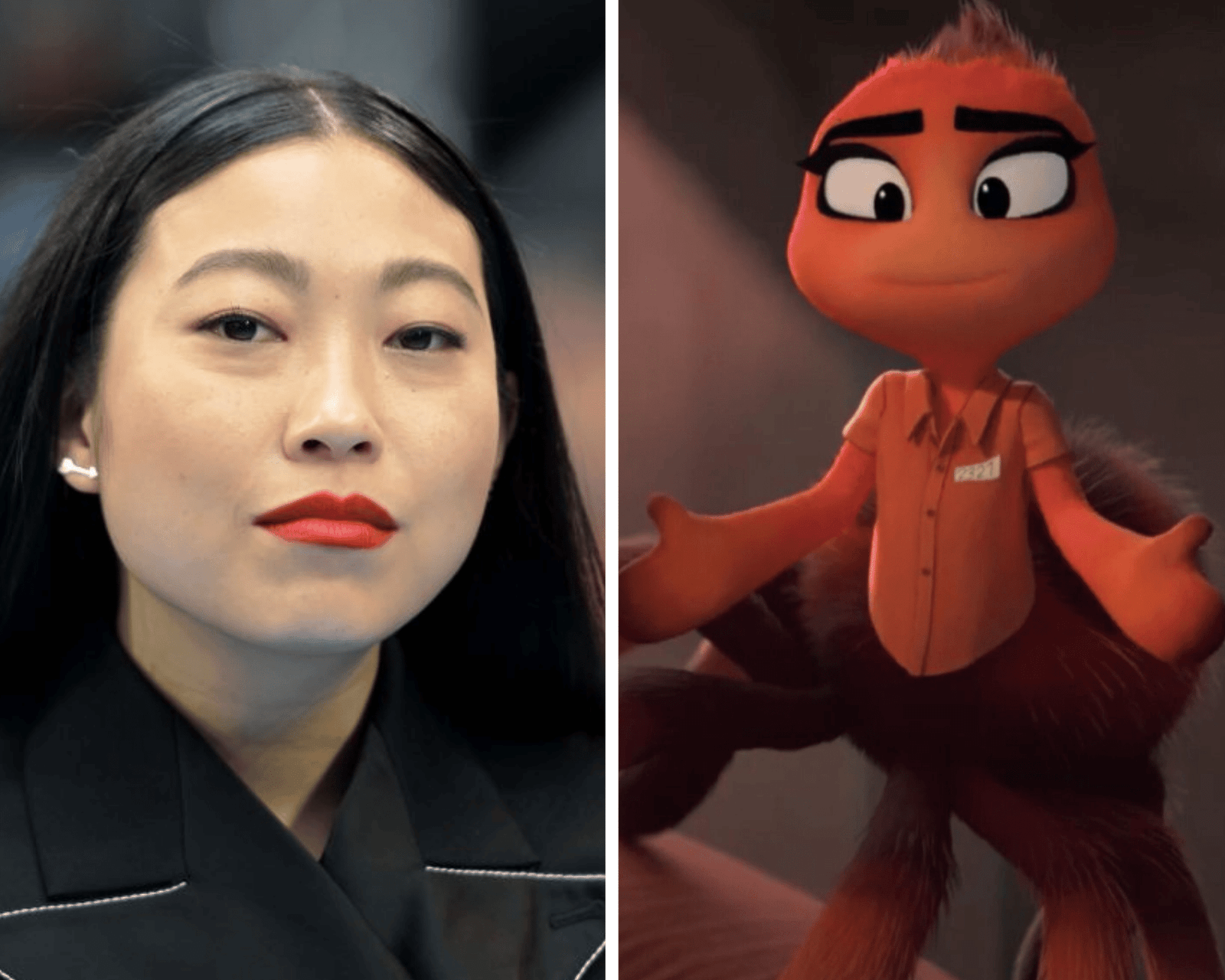 Nora Lum, also known as Awkwafina, is a 34-year-old rapper, comedian and actress who lent her voice to Ms. Tarantula, a sharp-tongued and sarcastic expert hacker tarantula in The Bad Guys. The actress starred in comedies such as Crazy Rich Asians, Ocean’s 8 and Jumanji: The Next Level. However, her breakthrough role came in 2019 when she starred in the award-winning film Farewell. For her performance in the film, she won the Golden Globe Award for Best Actress, becoming the first woman of Asian descent to win a Golden Globe in a lead actress category.

In addition to her acting career, Awkwafina has also released several studio albums and singles.

In 2018, Awkwafina revealed that she’s dating her long-term boyfriend. However, we don’t know if she’s dating anyone as of 2022. The 45-year-old actor Richard Ayoade also joined the cast of The Bad Guys, voicing pompous guinea pig philanthropist Professor Marmalade. Ayoade is best known for his role in the TV series The IT Crowd, for which he won the BAFTA award in 2014. However, the actor is also quite successful as a voice actor, lending his voice to characters in several animated films such as Soul, The Lego Movie 2: The Second Part and The Boxtrolls.

Zazie Beetz is a 31-year-old actress who joined the cast of The Bad Guys, lending her voice to the character Diane Foxington, a red fox who serves as governor of the state in which the film is set and is Wolf’s love interest. She’s appeared in films such as Joker, Deadpool 2 and Geostorm. She starred in the TV series Atlanta until September 2022 and is a voice actor in Amazon’s animated superhero action series Invincible. 31-year-old actor Anthony Ramos is part of The Bad Guys cast with his voice role as Mr. Piranha. He’s appeared in films such as A Star Is Born, In the Heights and Godzilla: King of the Monsters. He is also cast in the upcoming film Transformers: Rise of the Beasts. In addition to acting, Ramos has also made a name for himself as a singer. The versatile actor and singer has released albums and singles.

Ramos was dating actress Jasmine Cephas Jones from 2014 to 2021. Currently, the actor seems to be single. 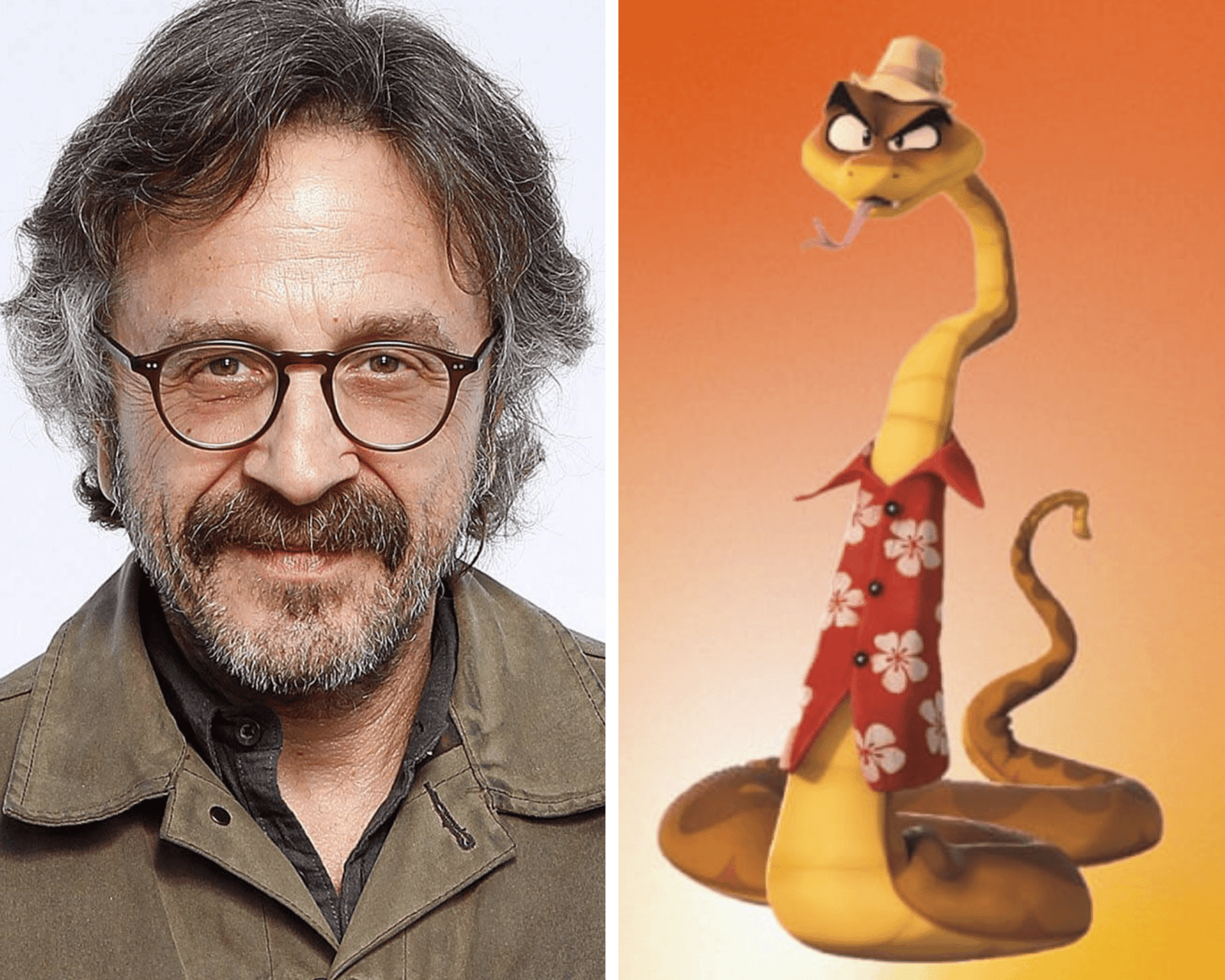 The 59-year-old actor and musician Marc Maron lent his voice to Mr. Wolf’s best friend Mr. Snake in The Bad Guys. Maron has appeared in TV series such as GLOW and Maron and in films such as Stardust, Joker and Respect. Since 2009, the actor has run the podcast WTF with Marc Maron, where he interviews comedians, authors, musicians and celebrities, including Barack Obama and Louis C.K.

As of late 2019, Maron was dating director Lynn Shelton until Shelton died suddenly of cancer in 2020. 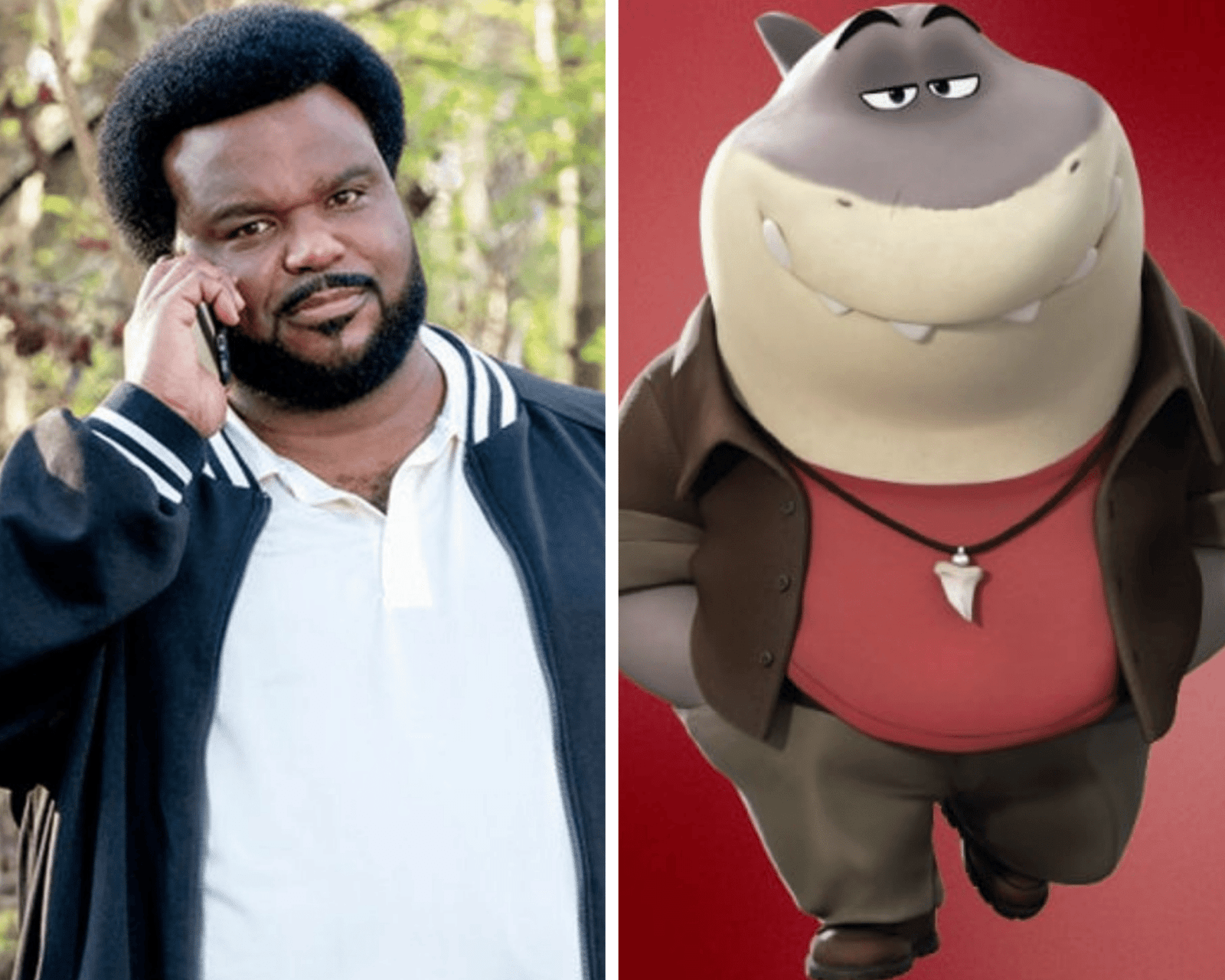 Craig Robinson is a 51-year-old actor who dubs the role of Mr. Shark in the cast of The Bad Guys. Although he’s also known for his roles in the TV series Brooklyn Nine Nine and The Cleveland Show, Robinson is best known to the general public for his role in the series The Office. Among the films in which he’s starred are Get on Up, Dolemite Is My Name and Pineapple Express. The actor is also the lead actor and executive producer of the Peacock series Killing It, as of 2022. 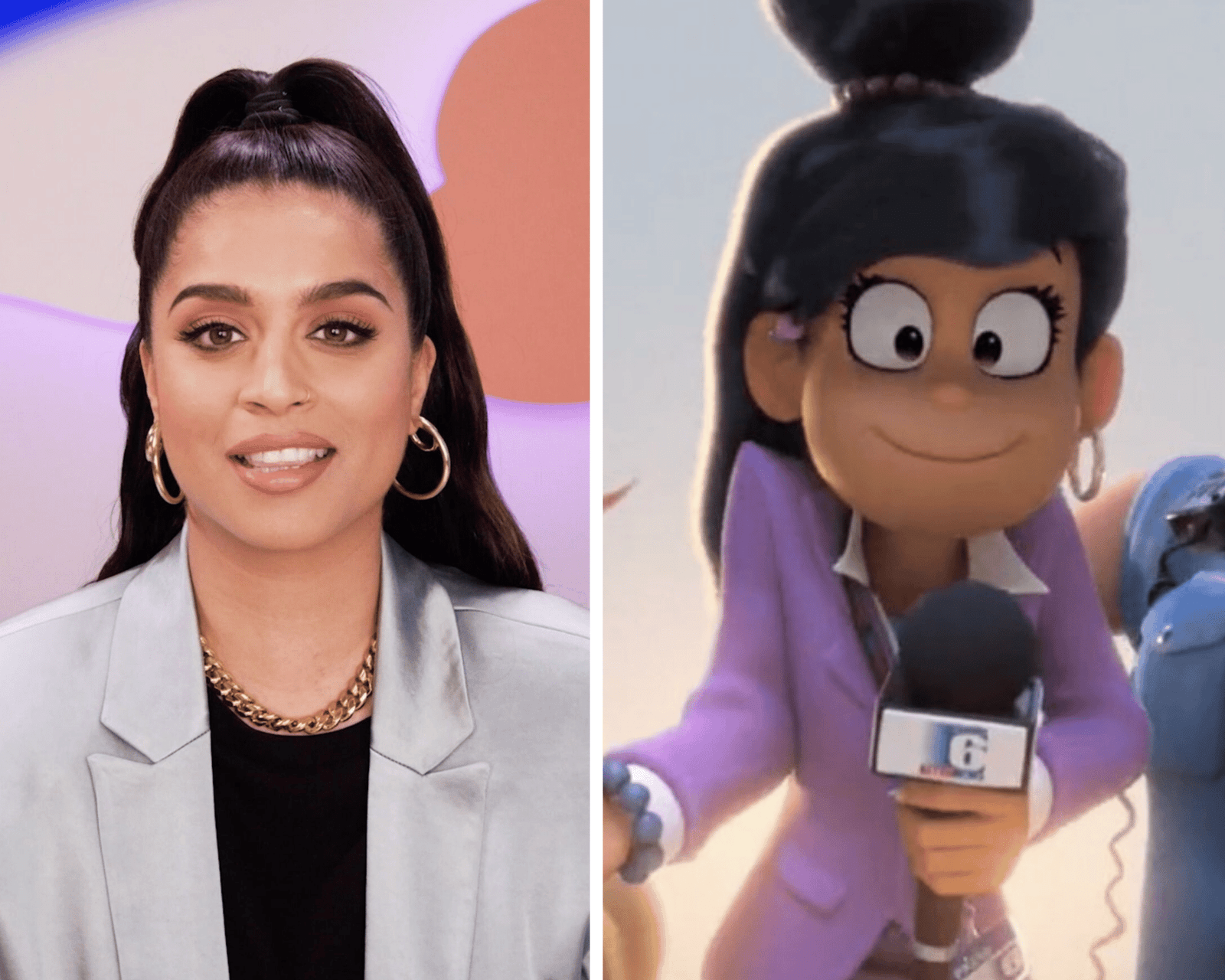 The 34-year-old actress Lilly Singh is part of The Bad Guys cast and lends her voice to the character Tiffany Fluffit, a human local reporter. The actress previously lent her voice to characters in the animated films Ice Age: Collision Course and Riverdance: The Animated Adventure. Singh is known for being a versatile person. In addition to acting, she also runs a YouTube channel and released a documentary film and a book. She also hosted the show A Little Late with Lilly Singh, making her the first person of Indian descent to host a late-night talk show on a major American network.

Singh came out as bisexual in 2019. She is rumored to be dating Yousef Erakat since 2015. 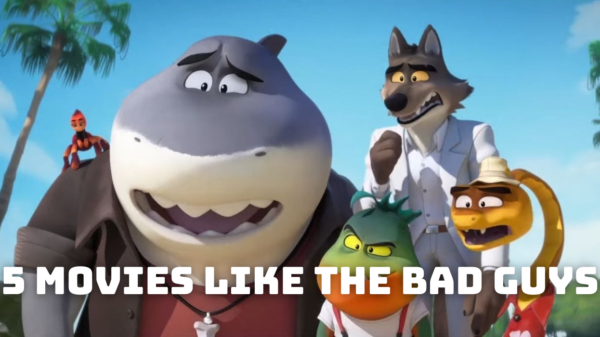 Released in 2022, renowned director Etan Cohen’s heist comedy animated film The Bad Guys captured our hearts with its success so much that the...