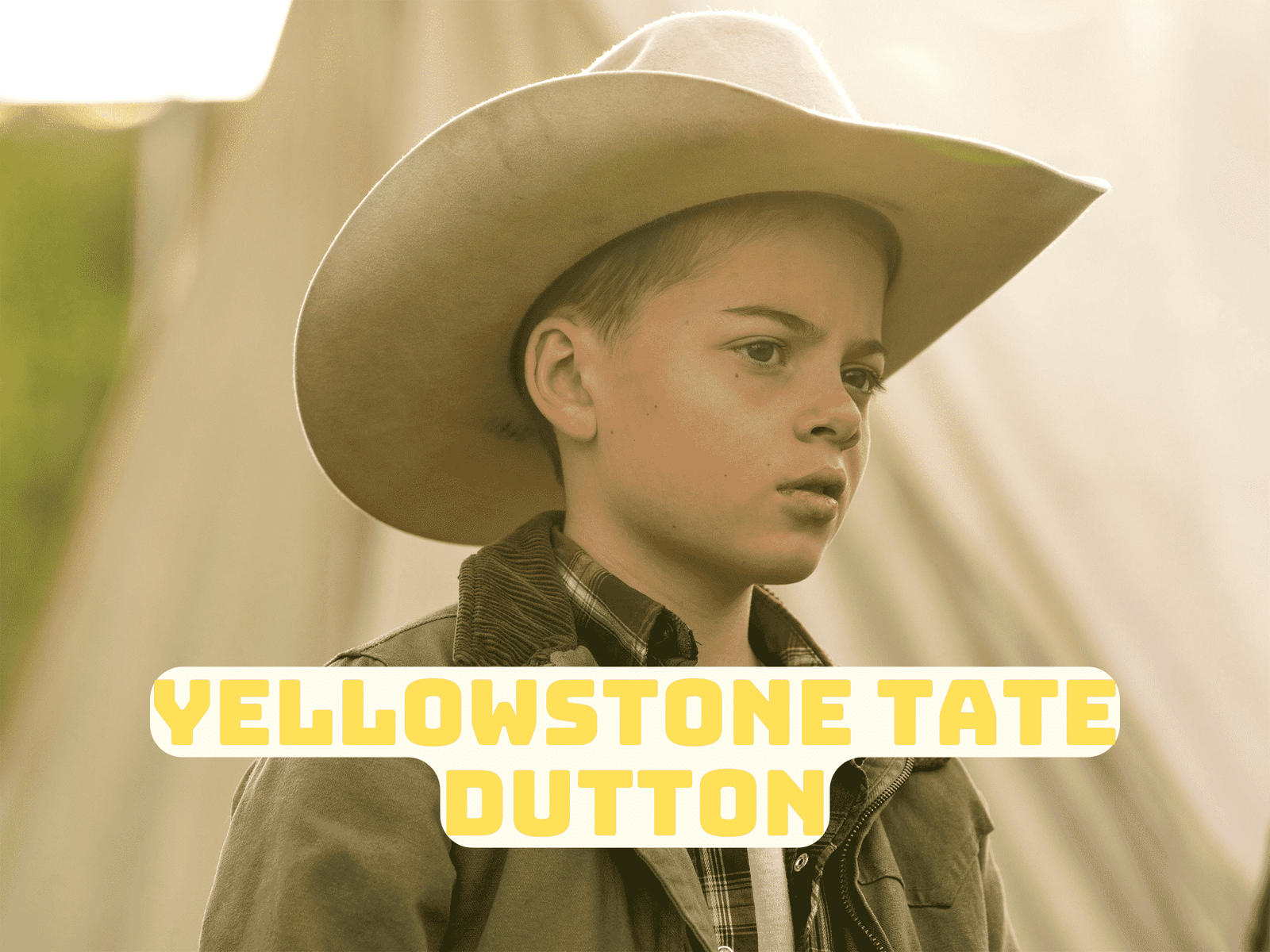 The one-and-only child character Tate is the most important character in Yellowstone, which is one of our favorite Western television programs. He is also, without a doubt, our favorite character in Yellowstone. His cuteness melts our hearts! If you, like us, genuinely love him and want to learn more about this Dutton ranch kid, you’ve come to the right place. You will learn more about Yellowstone Tate Dutton in this article.  So, without further ado, let’s get right to the topic! 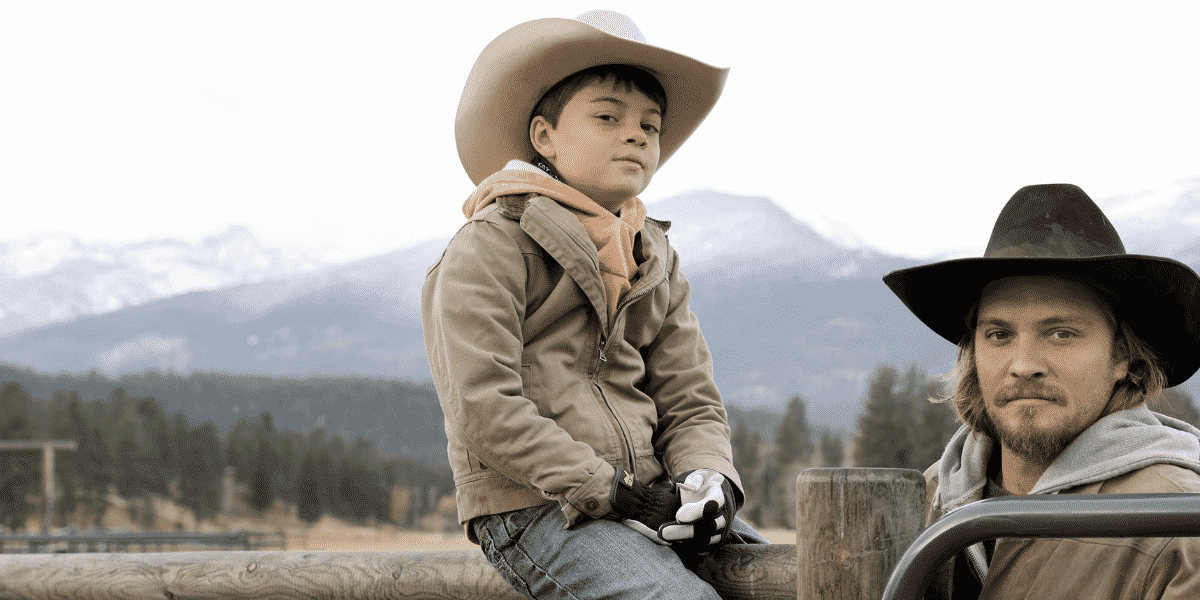 Who is Yellowstone Tate Dutton?

Yellowstone Tate Dutton is the son of Kayce and Monica Dutton and one of the key characters in the series. Tate is half Indian American. He spent his childhood on the Broken Rock Indian Reservation with his mother. John Dutton, Tate’s paternal grandpa, owns the Yellowstone Ranch, which is nearby the Reservation. Tate is the Duttons’ only grandson. Despite the fact that the relationship between him and John was initially rocky, the two eventually built a strong connection. 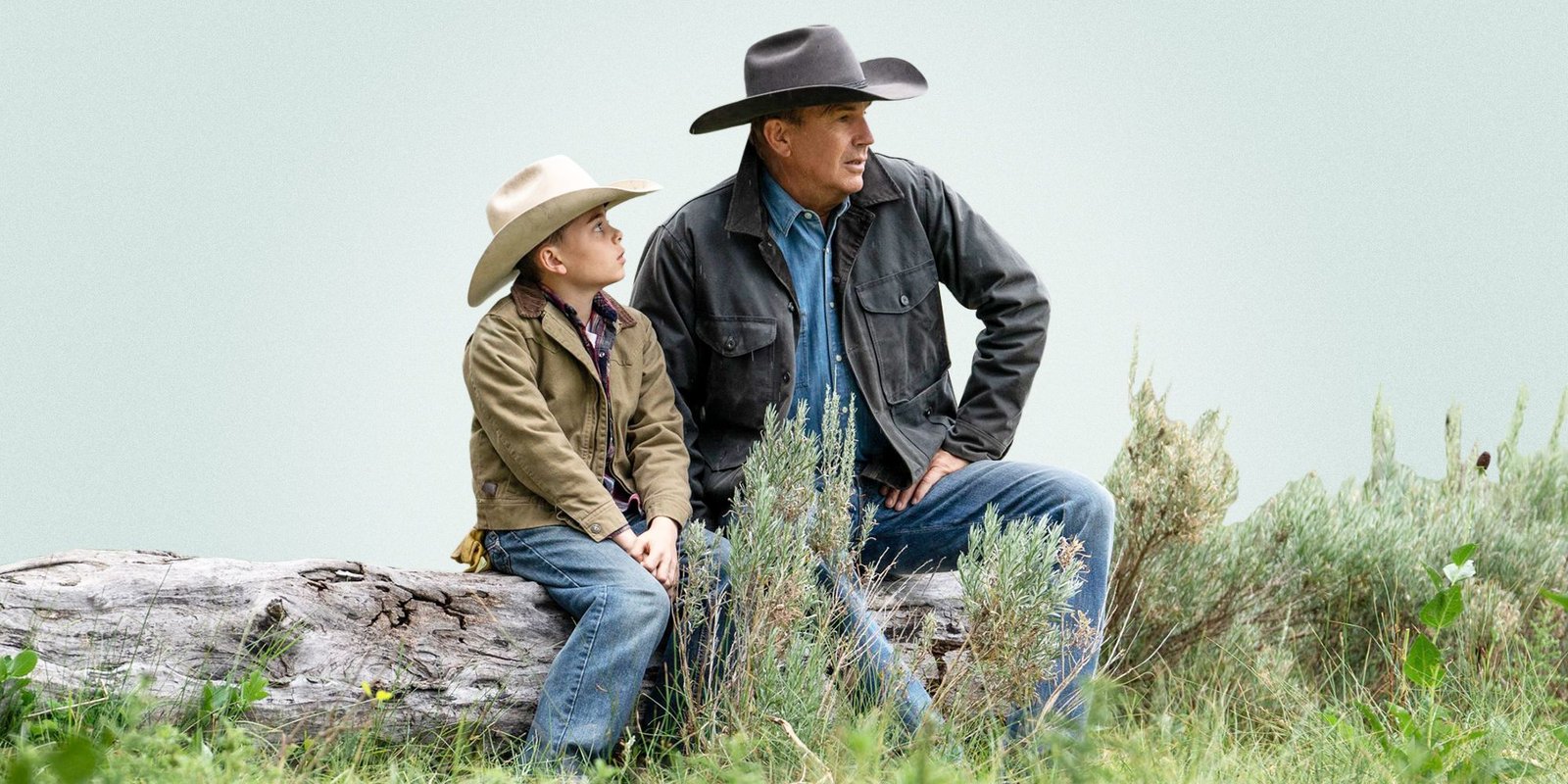 Although we have no concrete information on Tate’s age in the series, in the first season of Yellowstone he is most likely around the age of six. It has been a lot of pleasure for us to see him grow up year by year.

Take a break in the article: Yellowstone Season 4 Will be the Last Season? Season 5 Predictions

The character of Tate Dutton in Yellowstone is played by a 13-year-old kid actor, Brecken Merrill. He is the adorable whiz-kid of Yellowstone which is his television debut. Merrill has yet to appear in any more projects, but it is rumored that he is to be in an upcoming comedy-drama film called We All Got Up To Dance. The film chronicles a 13-year-old boy who lives in a town nearby Washington during the Vietnam War. 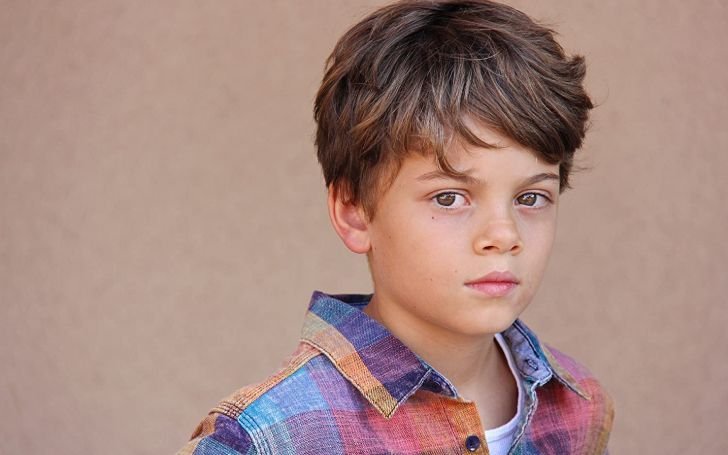 Despite the fact that he is only 13, Merrill is a critically acclaimed actor. He makes it through all of Yellowstone‘s dramatic and challenging scenes. For instance, his performance at the beginning of the 4th season, when he shot the intruder in order to save his mother, was outstanding.

Tate is kidnapped by a neo-Nazi group hired by the Becks, the Duttons’ arch-rival family, near the end of the 2nd season. It’s not difficult for the Duttons to discover that the Becks are responsible for the kidnapping. It’s a heartbreaking experience for the entire family, particularly Monica. She wants Kayce to murder Teal as soon as he is found. That’s why once Kayce learns of his son’s location, he kills Teal. 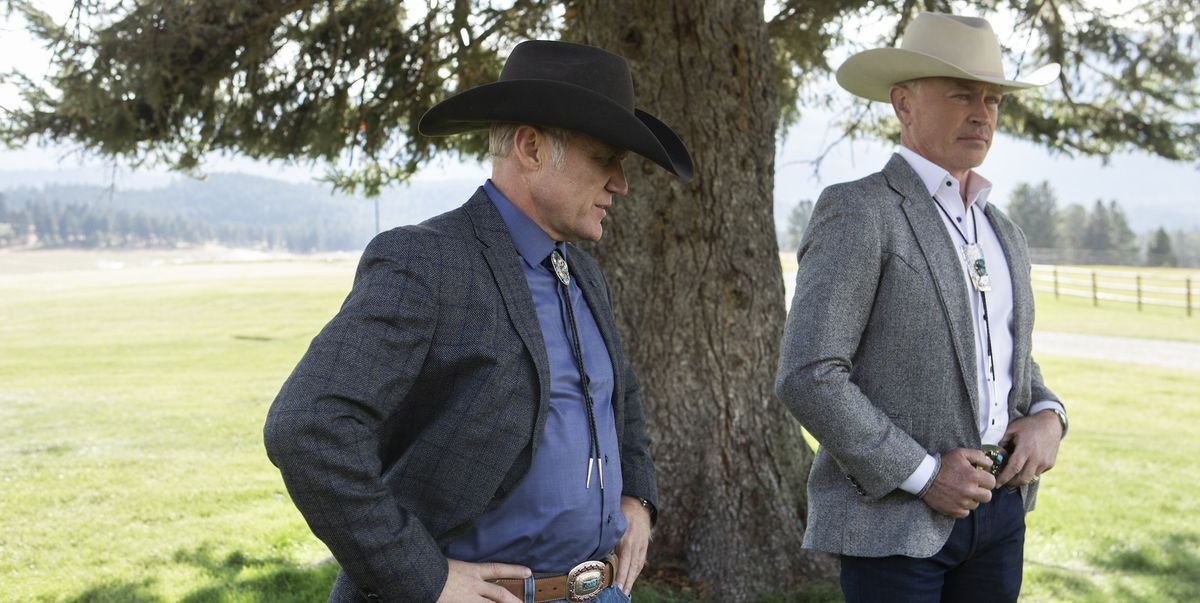 In the meantime, John decides to kill Malcolm. Thankfully, Kayce discovers that his son is alive in a bathroom, his head shaved, and his body bruised, clearly shaken by his situation. In the 2nd season finale, it was quite dramatic to witness him as horrified by what happened and Kayce and John as relieved by rescuing him.

Importance of Tate Dutton in Yellowstone

Despite the fact that we can’t pick just one character from our favorite show Yellowstone, the importance of Tate Dutton in Yellowstone is unquestionable! We should all recognize that children are always the key to breaking the ice in a family. In fact, he represents the ties that bind generations and families together. First and foremost, Tate’s presence allows Kayce to return to the ranch. He also strengthens the link between John and Kayce, as well as between John and himself. John’s interaction with his grandson teaches him how to create a bond with a child, while also allowing him to think about his own mistakes and regrets as a father. 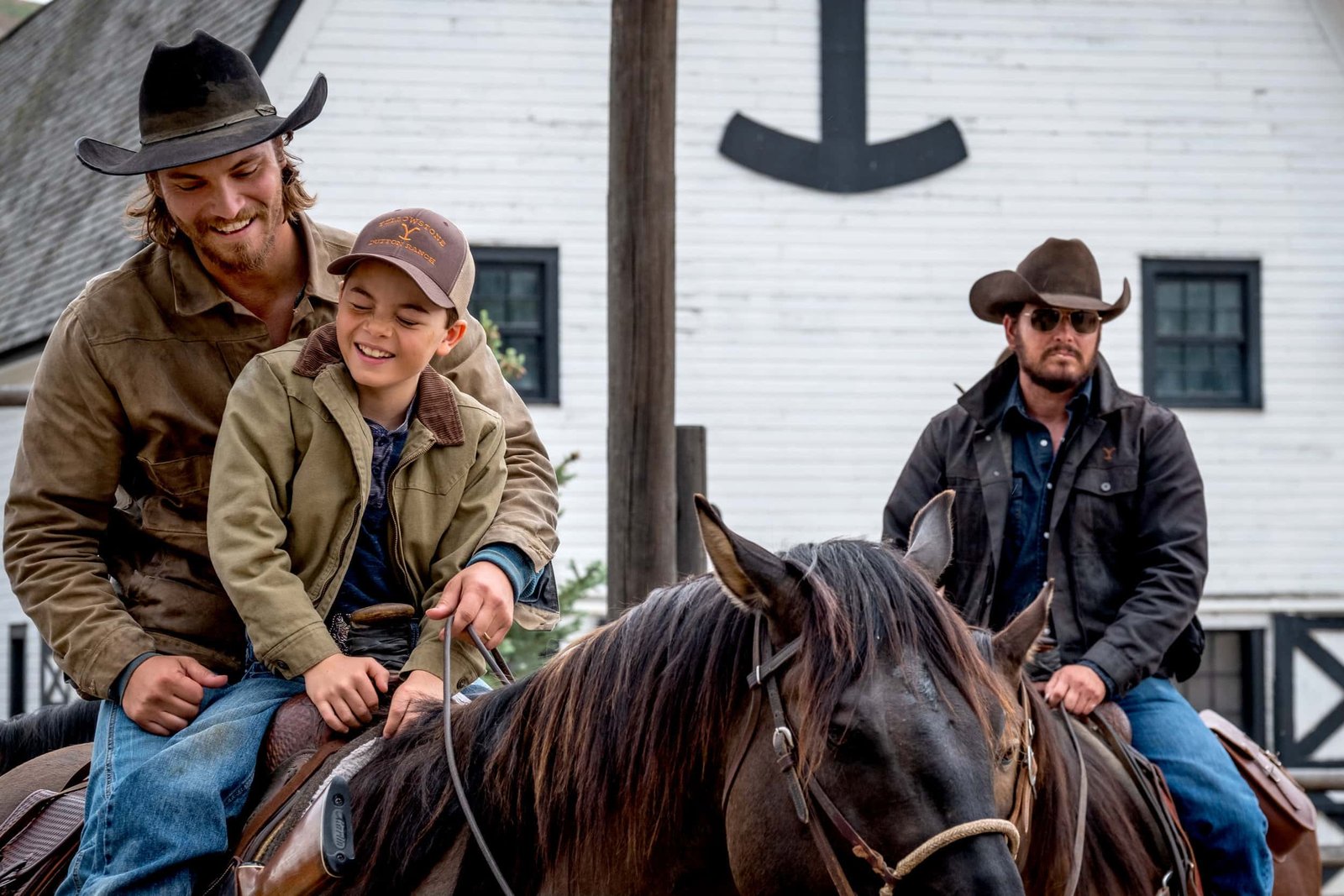 A scene from Yellowstone

Furthermore, Tate’s being the only grandson of John makes him the inheritor of the legacy and decision-maker about the future of the ranch. In addition to these, since he is a half-Dutton and half-Indian American, he also builds a bridge between the two families. He is the most significant common point of the Long family and the Dutton family.

Who do you think is the most important character in Yellowstone? Who is your favorite character in the television show? Let us know in the comments section below. 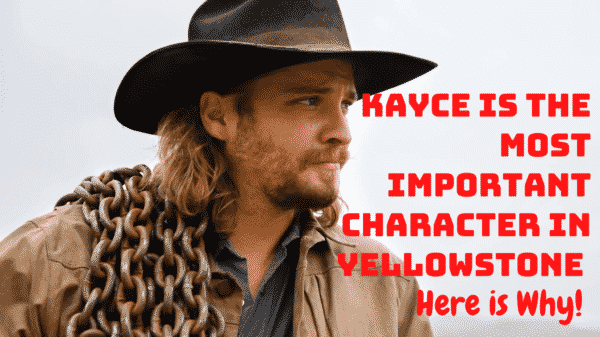 Kayce is the Most Important Character in Yellowstone – Here is Why!

We believe that Kayce is the most important character in Yellowstone. He has a lot of responsibilities to his father and the ranch as...