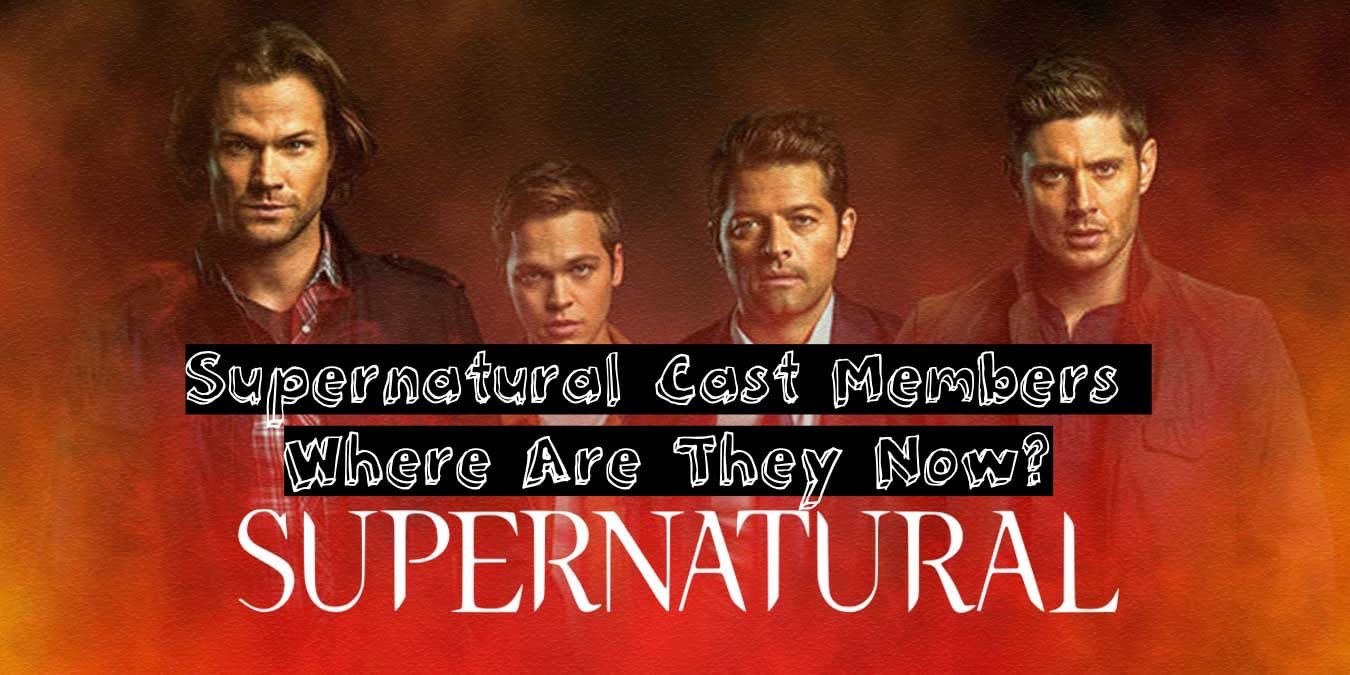 Supernatural Cast Members - Where Are They Now?

Although the spinoff series The Winchesters is carrying on Supernatural‘s legacy this fall, it is hard to think that the series ended only a little under two years ago.

Since many of the performers from the show have moved on to other exciting projects, two years can be a very long period in the performing business. Many of them are now collaborating once more, some of them even on the same network!

While portraying the Winchester brothers Sam and Dean on Supernatural, respectively, Jared Padalecki and Jensen Ackles developed a strong affinity with one another and their audience.

From September 2005 to November 2020, the cast starred in 15 seasons of the CW drama. The series, which followed the twins as they pursued demons, monsters, ghosts, and other supernatural entities, featured only two actors in all 327 episodes.

Also, check out; Gilmore Girls Cast Members – Where Are They Now?

Let’s see what the actors of this hit series are doing right now.

He was cast in Supernatural in 2005 as Dean Winchester, the eldest brother when he was 27 and has since appeared in every episode up to the show’s final season. Jensen Ackles gained significant momentum in his career thanks to Supernatural and achieved his current fame with this role.

After Supernatural, on the 3rd season of The Boys, Jensen made an appearance as Soldier Boy, reuniting him with Supernatural creator Eric Kripke. Alongside Alec Baldwin, he will play a U.S. Marshal in the Western movie Rust. When he was just 23, Jared Tristan Padalecki played Sam Winchester, one of the four main protagonists, in the CW television series Supernatural. The co-star of the series opposite Ackles is Jared Padalecki. For all 15 seasons of the show, he portrayed Sam Winchester, Dean’s younger brother.

He enjoyed significant advancements in his acting career for several years thanks to his part in Supernatural. He presently appears in the Walker television series, a Walker, Texas Ranger remake. Walker has a spinoff named Walker: Independence and is in its 3rd season. Castiel and other characters were performed by American actor Misha Collins. He also directed Mother’s Little Helper for Season 9. He made his television debut during Season 4 as a guest star before being elevated to series regular status for Season 5 and the following seasons. After her successful acting in Supernatural, the actor’s upcoming film is Invasion. In October 2021, he published Some Things I Still Can’t Tell You, his debut collection of poetry.

In addition to his acting career, he has been concentrating on his charitable work with the Greatest International Scavenger Hunt and Random Acts, a nonprofit organization he cofounded that sponsors deeds of kindness. In October 2001, Collins and Victoria Vantoch got married. They are the parents of Maison and West. Mark Sheppard regularly played the cunning demon Crowley from season 5 through season 9. At the age of 46, he gained a different momentum in his career with Supernatural. He received a promotion to series regular for the 10th season, and after season 12, he left the show.

Mark Sheppard, who left Supernatural, appeared in Mania City and Doom Patrol as Willoughby Kipling, a comic book character. Sheppard reunited with his Supernatural co-star Jared Padalecki in 2022 to appear as Nathaniel Hagan in Walker: Independence, a film that Padalecki also executive produces. Mark plays the widower Nick, the Archangel Lucifer, Sam, and Castiel’s Lucifer-hallucination, and Jack’s Lucifer hallucination in the television series Supernatural. In Season 12, he was elevated to series regular. He made a surprise appearance in the penultimate episode of Inherit the Earth after being away for the majority of Season 15.

The following movies starring Pellegrino are American Rust and Strangers in a Strange Land. Tracy Aziz is the actor’s wife; her son Misha and daughter Tess both have him as a stepfather. Despite appearing in fewer episodes than the rest of the ensemble, Jeffrey Dean Morgan unquestionably made a big impression. The show’s first episode had Sam and Dean looking for their father, John Winchester, and Morgan returned to repeat his part several times throughout the show’s 15 seasons.

Jared Padalecki, Jensen Ackles, his on-screen kids, and Morgan have remained close friends. Morgan had his final appearance on Supernatural in season 14, although he is most recognized outside the long-running CW program for his role as Negan in The Walking Dead. Alongside Lauren Cohan, he will next appear in the spinoff series The Walking Dead: Dead City. Jim Beaver was a crucial component of the Winchester family and Supernatural, even though he was never formally a series regular. As the endearing father figure, Bobby Singer made at least one appearance in each program season. Bobby frequently assisted Sam and Dean in escaping sticky situations throughout his show.

Immediately following Supernatural’s conclusion, Beaver featured in the Guillermo del Toro movie Nightmare Alley and subsequently had recurring roles on the CBS comedy B Positive. He took a role in the horror anthology film Kindling. In the 4th season of Supernatural, Genevieve Padalecki debuted as a demonic foe and Sam’s love interest. Off-screen, Genevieve and Jared Padalecki’s marriage to one another saw the blossoming of their love.  On March 19, 2012, she gave birth to their son Thomas Colton Padalecki, their first child. Jared missed a significant amount of the Season 7 episode “Reading Is Fundamental” since she gave birth as the show was filmed.

She and her husband are presently starring in the CW television series Walker, in which the actress periodically reappears in flashback scenes as Cordell Walker’s late wife, Emily Walker. For similar content, check; Jennifer’s Body Cast Members – Where Are They Now?