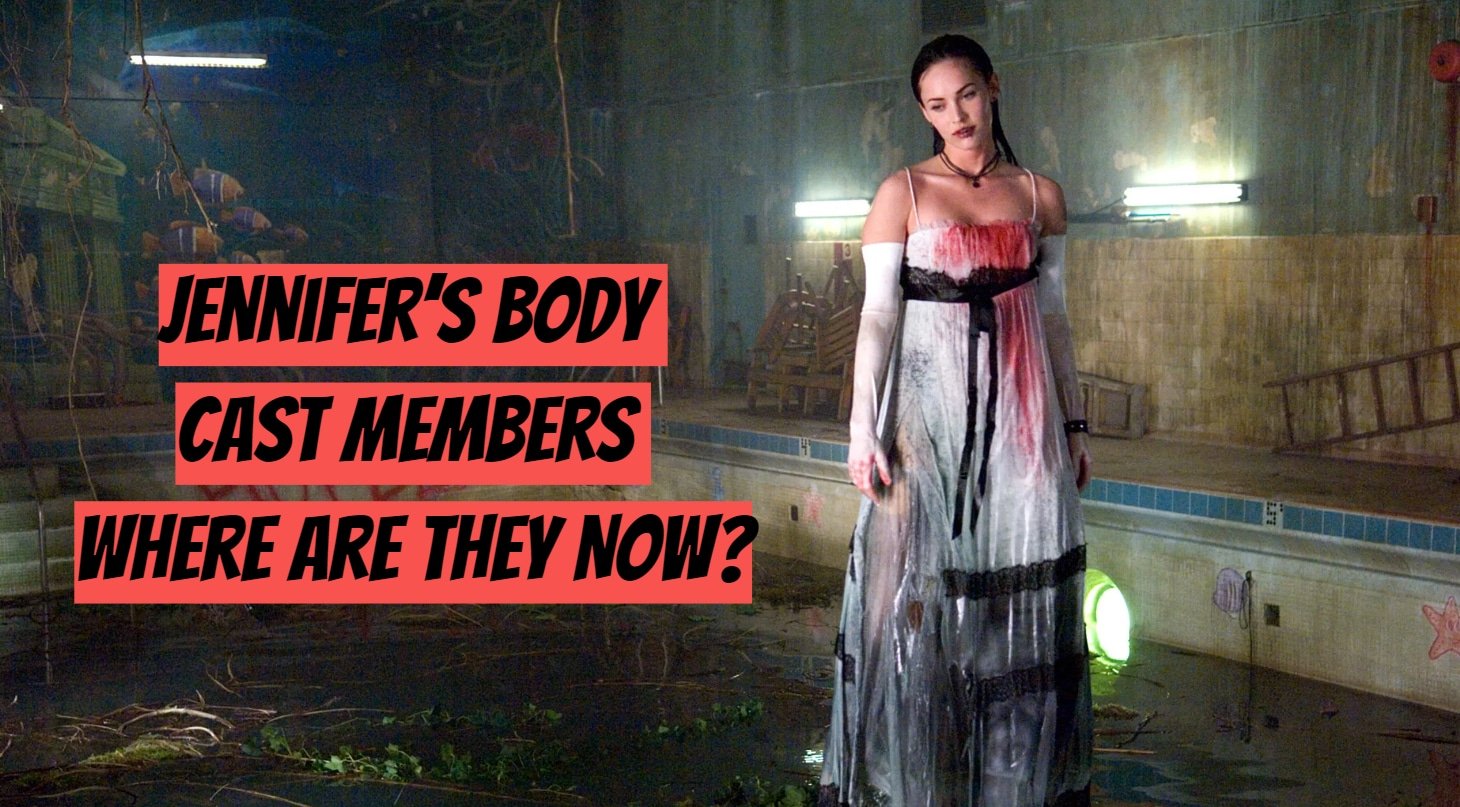 Jennifer's Body Cast Members - Where Are They Now?

The 2009 American dark comedy horror movie Jennifer’s Body was written by Diablo Cody and directed by Karyn Kusama. The movie stars are Megan Fox, Amanda Seyfried, Johnny Simmons, and Adam Brody. In Fox, a high school student possessed by a demon kills her male classmates as her closest friend tries to intervene.

Critics initially had a lot to say about Jennifer’s Body. Jennifer’s Body is utterly appreciated by fans who have designated it an ever-enjoyable cult classic, even though some people think it’s more superficial than terrifying.

Also, check out; Victorious Cast – Where Are They Now?

Megan Fox perfectly portrayed Jennifer Check in the horror comedy film Jennifer’s Body, directed by Karyn Kusama and starring Diablo Cody. Although horror fans have since reacted and appreciated it much more, giving it more of a classic cult position in retrospect.

She started filming the western superhero movie Jonah Hex in April 2009 as Tallulah Black/Leila, a stunning woman with a pistol who is Jonah Hex’s (Josh Brolin) love interest. Fox appeared in a Brazilian beer ad aired on television in January 2013. Additionally, she appeared in Think Like a Dog, The Battle of Jangsari, Above the Shadows, and Teenage Mutant Ninja Turtles. 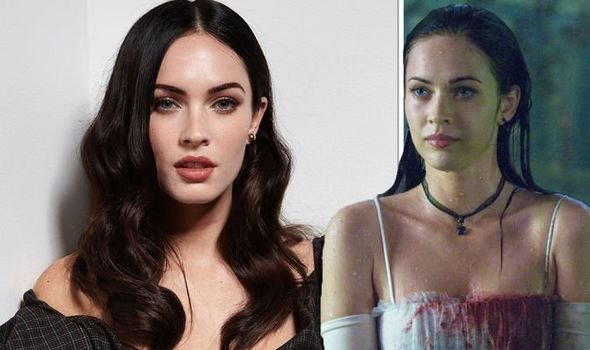 Seyfried was hired in February 2008 to play Anita “Needy” Lesnicki, Fox’s character’s “plain Jane” closest friend with whom she has a homoerotic crush. Being paired with Fox in the nerdy part, according to Seyfried, was a relief. She explained that the strange pressure of feeling like you must be gorgeous comes with being a lead (like Megan). “I was unconcerned with any of that garbage while watching this movie. I’m not interested in playing the part of the woman that everyone should want to have sex with.”

Seyfried has acted in several movies after Jennifer’s Body, including Dear John, Letters to Juliet, Red Riding Hood, In Time, Les Misérables, A Million Ways to Die in the West, Ted 2, and First Reformed. 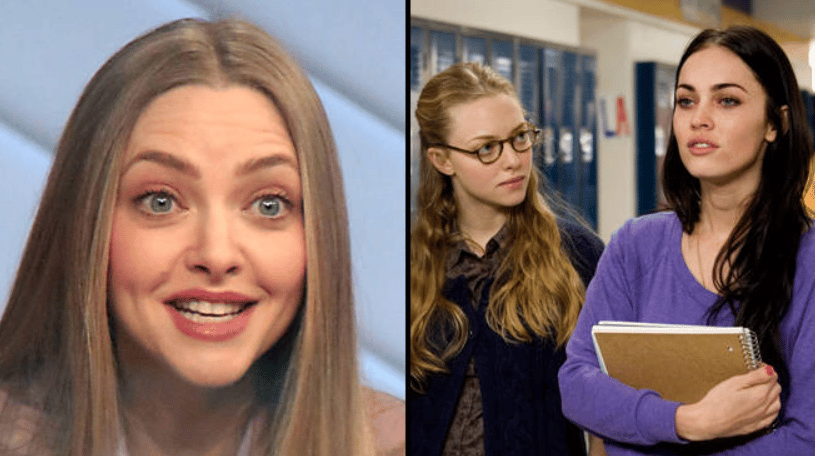 To represent Nikolai Wolf, the directors had planned to use a real rock guitarist. Ryan Levine, who also portrayed another band member, provided Brody’s vocals since he said, “My singing voice is still going through adolescence. They gave me a singing lesson or two, and it’s not the worst thing in the world, but it’s not anything anyone would desire to hear.

After Jennifer’s Body, Brody appeared in supporting parts in lighter comedies like Sleeping with Other People (2015) and Seeking a Friend for the End of the World. During this time, he made appearances in various television shows and produced and starred in StartUp (2016–2018).

Brody has starred in the 2019 thriller Ready or Not, the 2019 thriller Promising Young Woman, the 2019 DC superhero movie Shazam!, and its 2023 follow-up (2020). He played the lead role in The Kid Detective’s independent comedy in 2020. He will also be a member of the ensemble cast of the forthcoming Fleishman Is in Trouble miniseries on Hulu.

Jonny Simmons plays the character of Chip Dove in Jennifer’s Body. Following his performance in Jennifer’s Body, he went on to play “Young Neil” Nordegraf in Scott Pilgrim vs. the World (2010), serial killer Adam “Balloon Man” Kemper in Elementary (2012), Peter Newmans in The Late Bloomer (2016), Brad Hayes in The Perks of Being a Wallflower (2012) and Shane in Girlboss (2017). 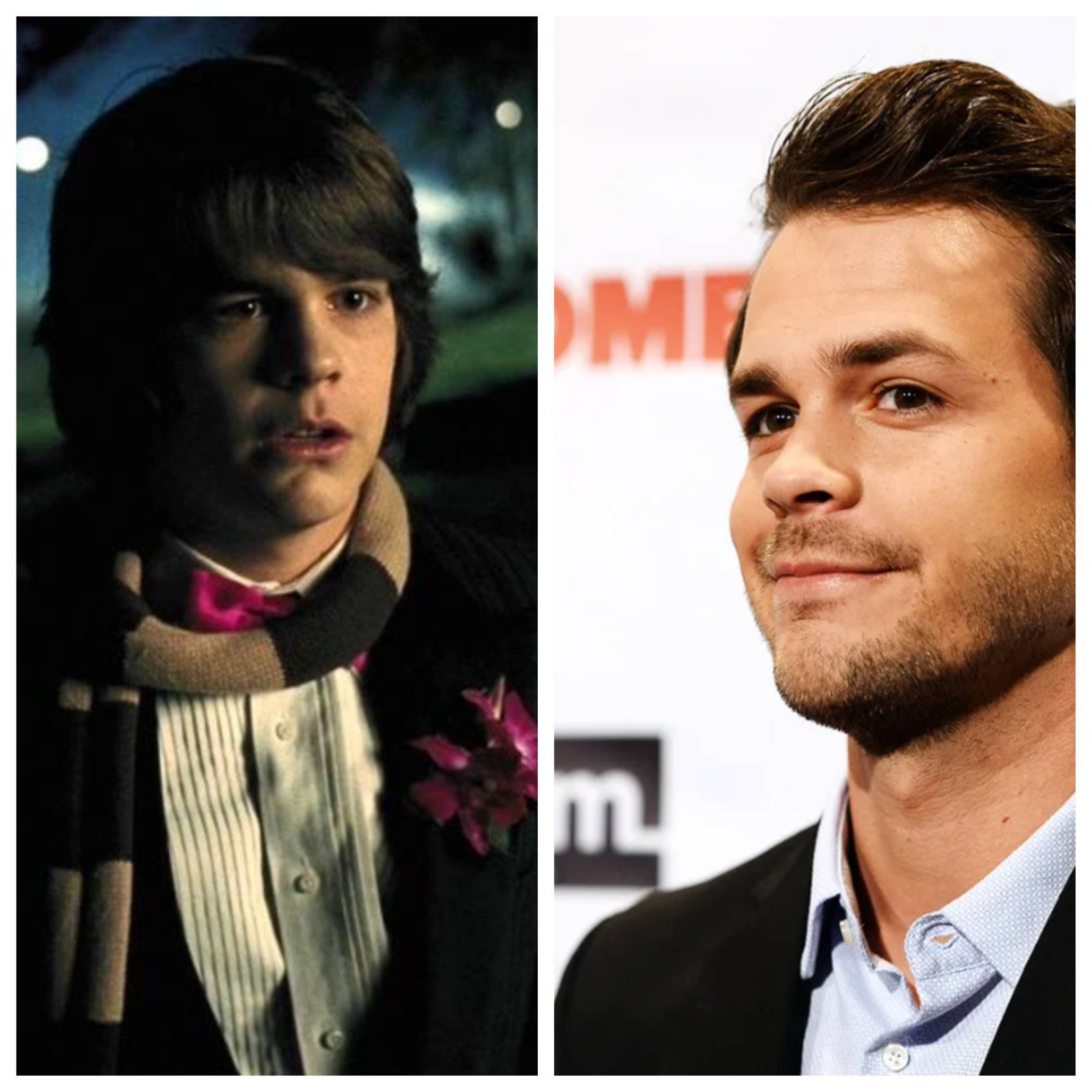 Chris Pratt plays the character of Roman Duda, the officer in Jennifer’s Body. He appeared in Moneyball (2011), Zero Dark Thirty (2012), and Her after Jennifer’s Body (2013). 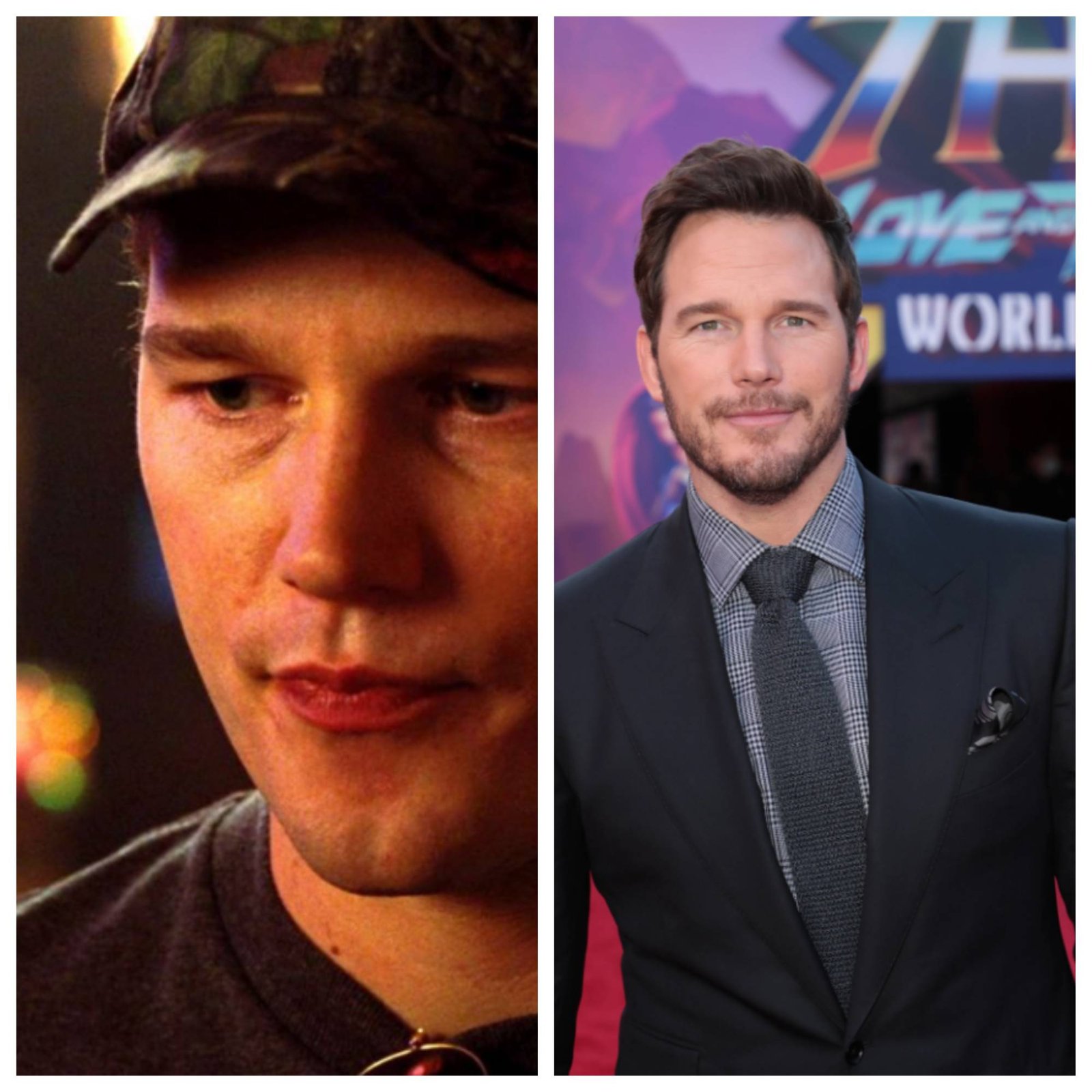 Kyle Gallner plays the character of Colin Gray in Jennifer’s Body. After Jennifer’s Body, he took the role in Beautiful Boy, Cherry, A Nightmare on Elm Street, Cougars, Little Birds, Losers Take All, Magic Valley, Red State, and many other films.

Also, on December 12, 2015, Gallner and Tara Ferguson married. Both of their boys are. Along with Oliver Thompson and Bay Dariz, Kyle co-founded the independent production firm Minutehand Pictures in 2013. The group created the motion picture Welcome to Happiness, in which Gallner plays Woody Ward, an author of children’s books with a hidden closet door. 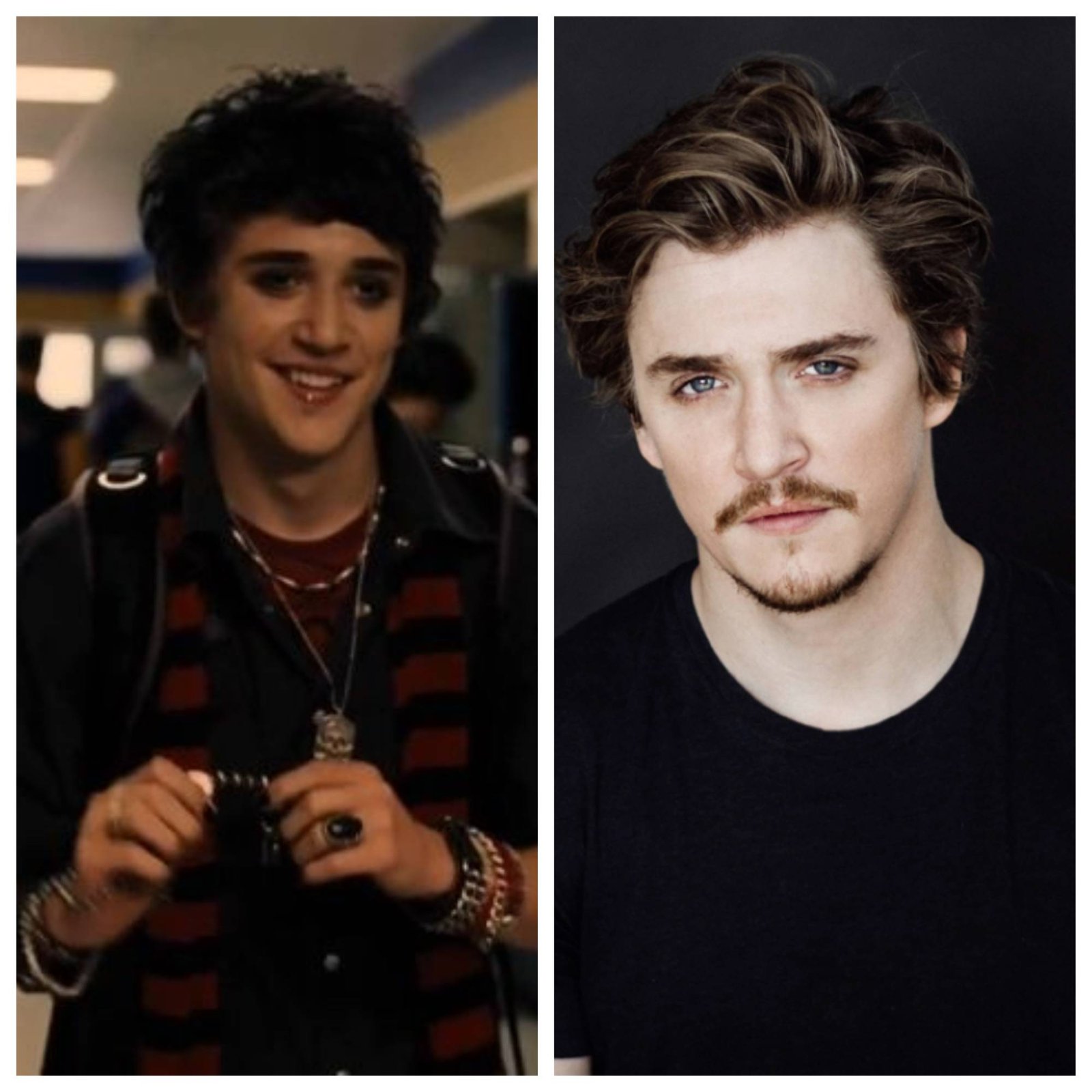 For similar content, check; Best Of The Harry Potter Cast – Where Are They Now?