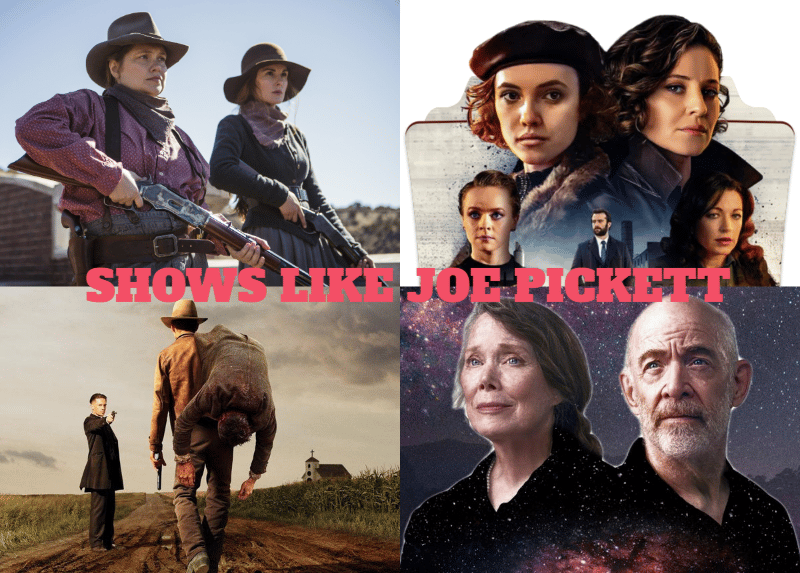 Loved Joe Pickett and need productions to watch until the next episode arrives? Here is shows like Joe Pickett!

Western crime-themed Joe Pickett hooked us with the way it tackled the challenges and town life in its content. The realism of its scenes, the depth of its characters, and the socio-economic changes involved are other factors that ensure its success. Joe Pickett’s score of 7.6 on IMDb proves this. Not to forget the cast of Joe Pickett, which consists of successful names such as Julianna Guill, Michael Dorman, Skywalker Hughes, Sharon Lawrence, and Chad Rook.

Let’s get to know shows like Joe Pickett, period themed productions with the same success and emotions! 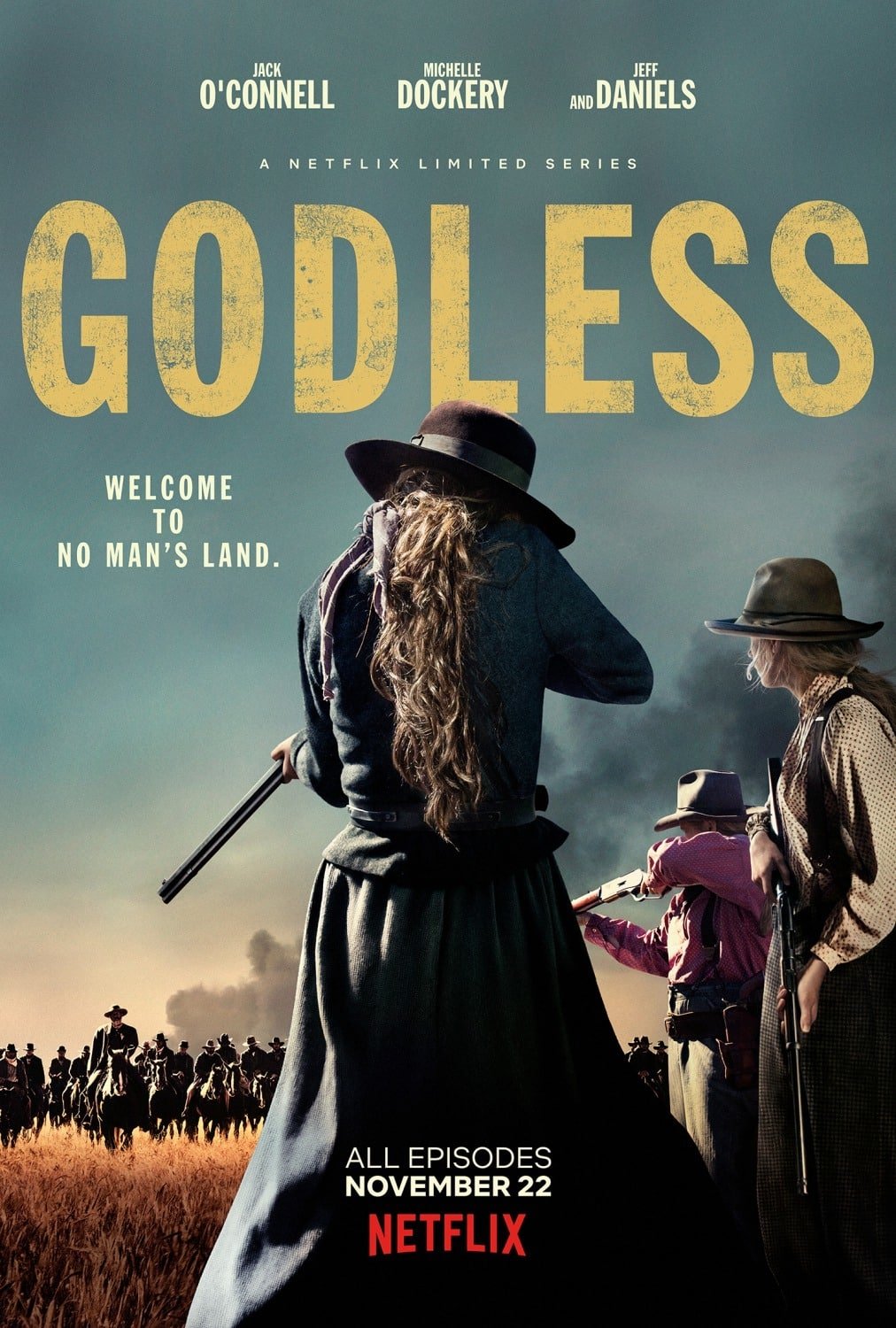 Our first shows like Joe Pickett suggestion for you is Godless. We get to know the story through the eyes of Frank Griffin in the series, which presents us with the Western theme of the 1880s. Frank Griffin is an outlaw, and it’s hard to find someone who isn’t afraid of him. This intimidating man goes after his once friend, then foe, Roy Gode. Roy Gode has disappeared but Frank Griffin easily finds him. Thinking that he would never be found, Roy Gode hid in a quiet, female-only town.

2017’s Godless is a 7-episode mini-series with 1 season. It has 8.3 points on IMDb and 27 nominations for 8 awards. When you watch Godless, you realize that it is a very successful production in every way that deserves all these and even more. The cast includes Jack O’Connell, Michelle Dockery, Scoot McNairy, and Merritt Wever. 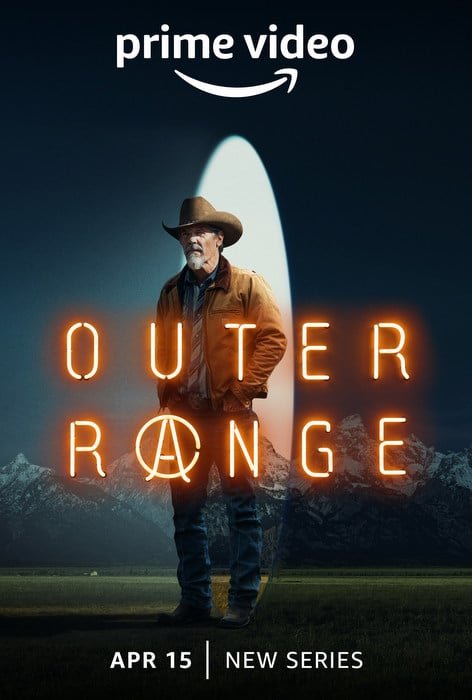 Our second shows like Joe Pickett suggestion Outer Range shows us many beautiful spots of Wyoming with the theme of old western periods. In the series, our main character, Royal Abbott, is a farmer who is passionately devoted to his land and does not want the existing order to be disturbed. Just as you are resisting change and struggling with those who want to take their land, something mind-blowing happens. He discovers that they can time travel in a part of his land and communicate people from their past.

Outer Range, which met us at the beginning of 2022, has a season of 8 episodes in total. The production, which has a 7.1 rating on IMDb, was created by Brian Watkin. The cast of Outer Range includes names such as Josh Brolin, Imogen Poots, Lili Taylor, Tom Pelphrey and Tamara Podemski. 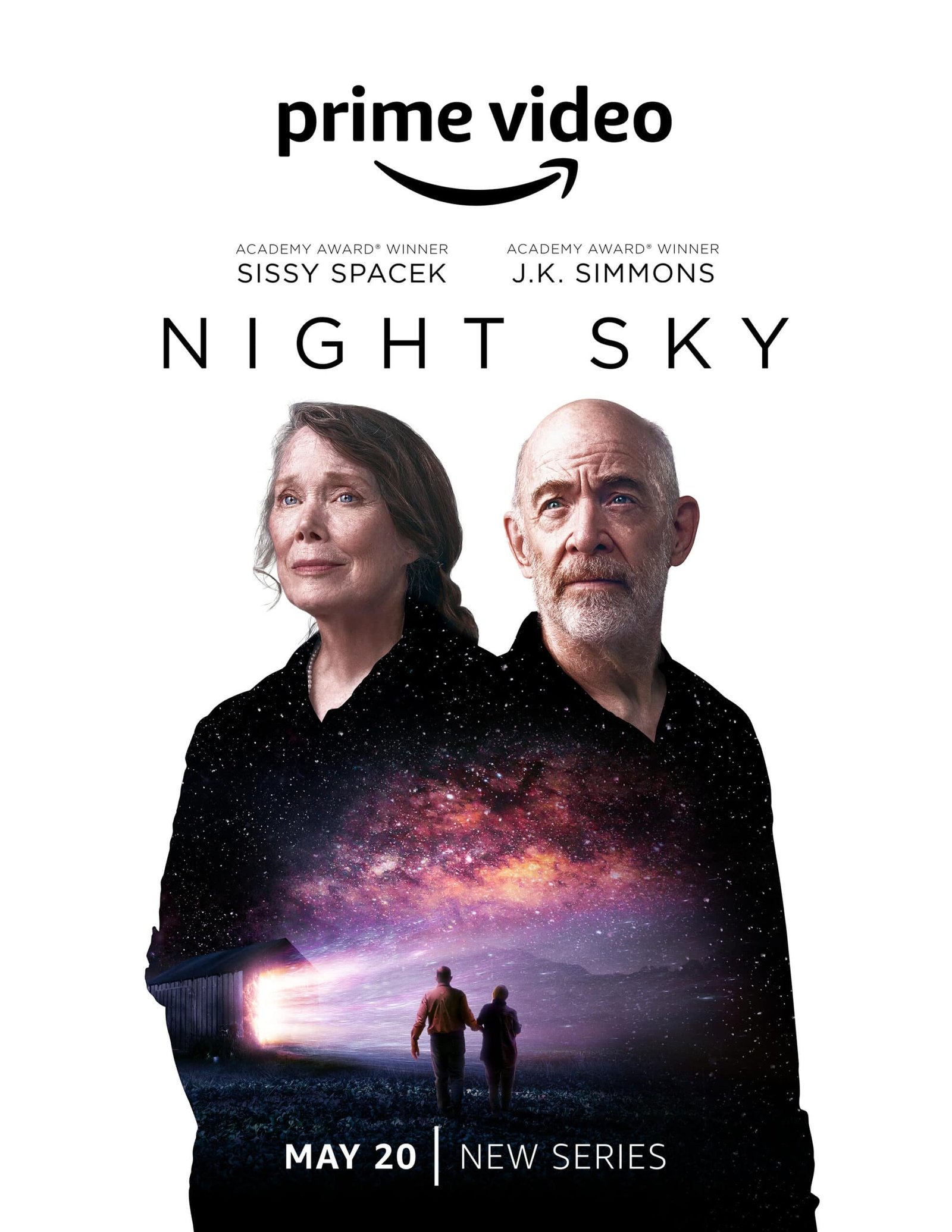 Those who are looking for a production that combines western themes with science fiction, this shows like Joe Pickett member is for you! In Night Sky, our elderly couple seems to have a very normal and ordinary life at first glance, but they have a secret that could shake the whole world: They can visit a different planet by taking the elevator in one of their rooms. Our couple, who has been keeping this secret for years, now has difficulty in doing this because both their curious neighbors have started to wonder and they are struggling with the diseases that come with their old age.

Night Sky, which meets the screens at the beginning of 2022, has 1 season with 8 episodes. The cast of the production, which has a score of 7.3 on IMDb, includes names such as Sissy Spacek, J.K. Simmons, Chai Hansen, Adam Bartley and Julieta Zylberberg. 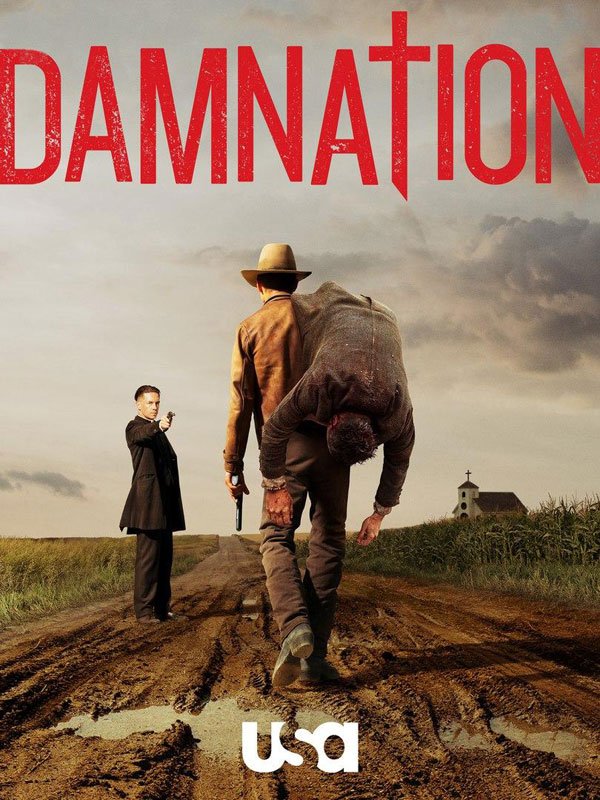 Another shows like Joe Pickett suggestion for you is Damnation. This time, we are guests in a town in Iowa in this interesting period series. Seth Davenport, who works as a priest in this town, is not actually a priest. Seth, who does this job to hide his real purpose, wants to make the farmers rebel. The economy is so bad because of the Great Depression, nobody gets what they deserve, and the state has already deserved the rebellion.

Damnation, which has 1 season with 10 episodes released between 2017-2018, was created by the famous and successful Tony Tost. The production, which has a score of 7.6 on IMDB, was very popular and talked about a lot when it first came out. The cast of Damnation includes names such as Logan Marshall-Green, Killian Scott, Sarah Jones, Chasten Harmon and Joe Adler. 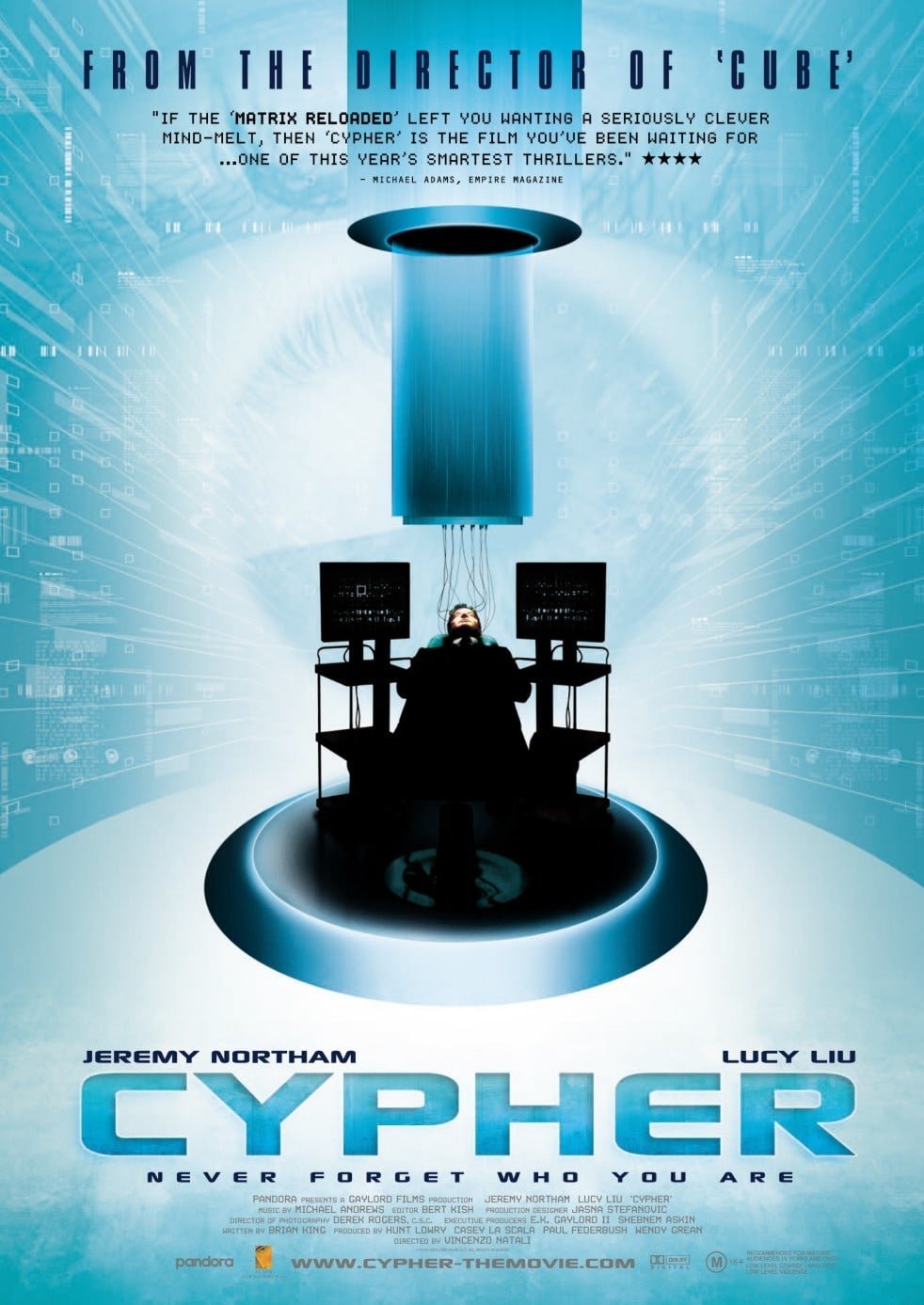 For fans of Joe Pickett who suffer from a lack of espionage, Cypher is a shows like Joe Pickett member that fits just that criteria. In the series, Morgan Sullivan is an accountant and is bored with his monotonous life. However, with an opportunity, he manages to become an industrial spy for Digicorp, a very famous computer company. Sullivan, who has a new identity during this duty, secretly takes voice recordings at various congresses. So who is this mysterious woman he met on the way while traveling to these congresses?

Despite being made in 2002, Cypher, which has no difference in quality from today’s movies and TV series, was created by Brian King. The production, which has a score of 6.7 on IMDb, has a total of 5 awards and 3 nominations from different strong authorities. The cast includes names such as Jeremy Northam, Lucy Lui, Nigel Bennett, Timothy Webber, and David Hewlett. In From the Cold

Our last shows like Joe Pickett suggestion for you is In From the Cold. In the series, which draws attention with its different scenario, our main character Jenny is a former Russian agent, but she has left the profession completely. She is a beautiful woman who is married and divorced and has a daughter. Jenny, who participates in many events with her daughter, participates in an ice skating competition in Spain with her daughter. CIA agents recognize Jenny, who attracts a lot of attention here, and force her to work with them on a mission. If he doesn’t, he’ll never see his daughter again.

In From the Cold, which entered our lives at the beginning of 2022, now has 1 season with 8 episodes and continues. It is a production that we think deserves much more, even though it has a 6.2 rating on IMDb. The cast of In From the Cold includes names such as Margarita Levieva, Cillian O’Sullivan, Lydia Fleming, Charles Brice and Stasya Miloslavskaya.

Wild west and wildlife lovers, assemble! We will get to know the Joe Pickett cast closely. While productions of its kind deal with classic... 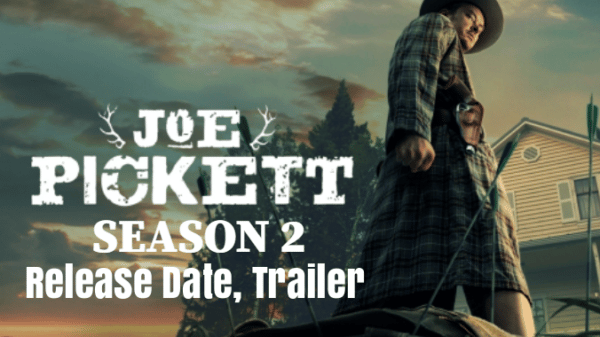 When do you think Joe Pickett Season 2, the series that feeds us to the wild life apart from other town series, will be...