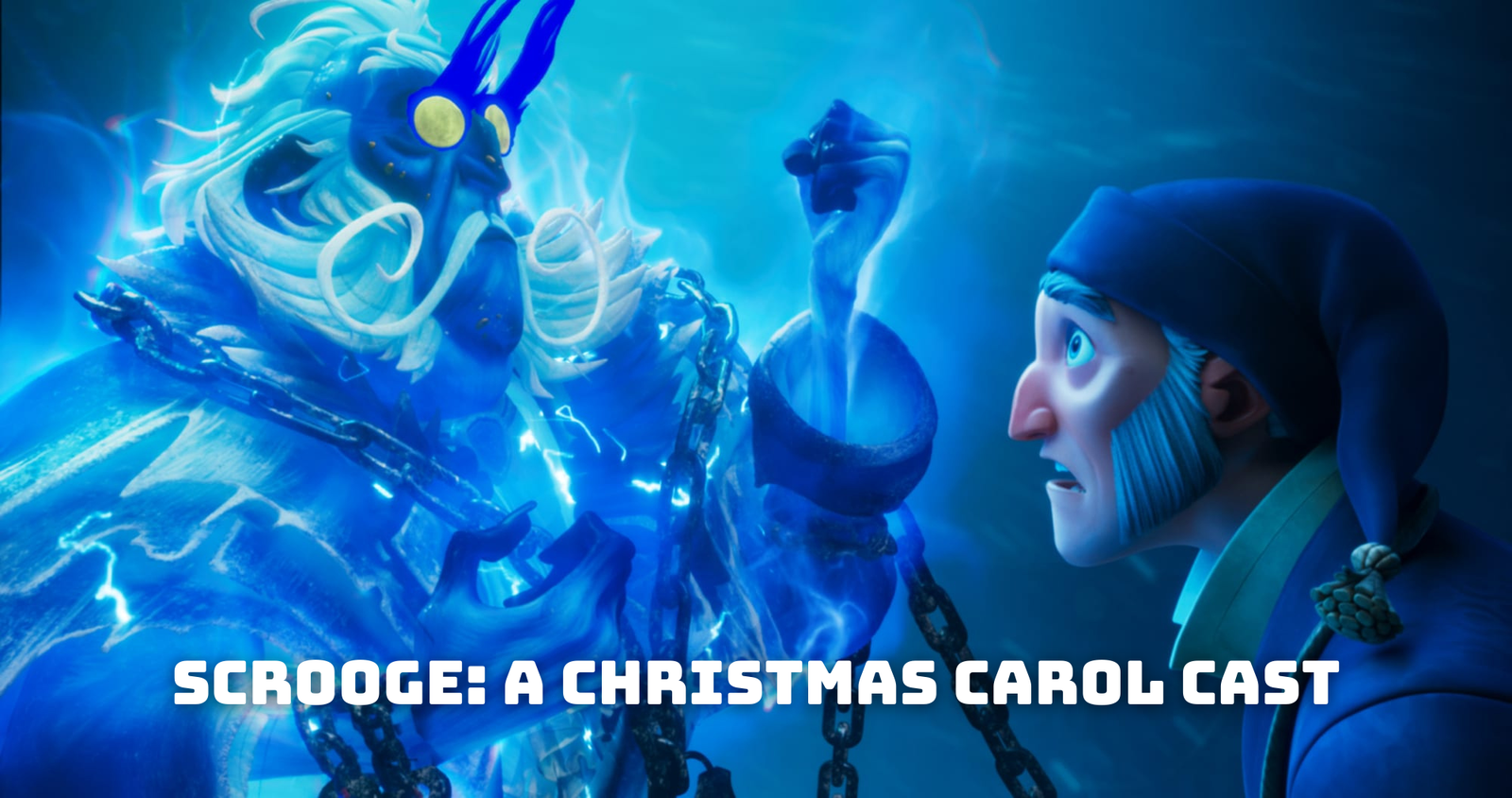 Would you like to meet the outstanding Scrooge A Christmas Carol cast? From Olivia Colman to Luke Evans, the film’s cast is like a hit parade. If you want to take a look at who’s in the movie, scroll down! 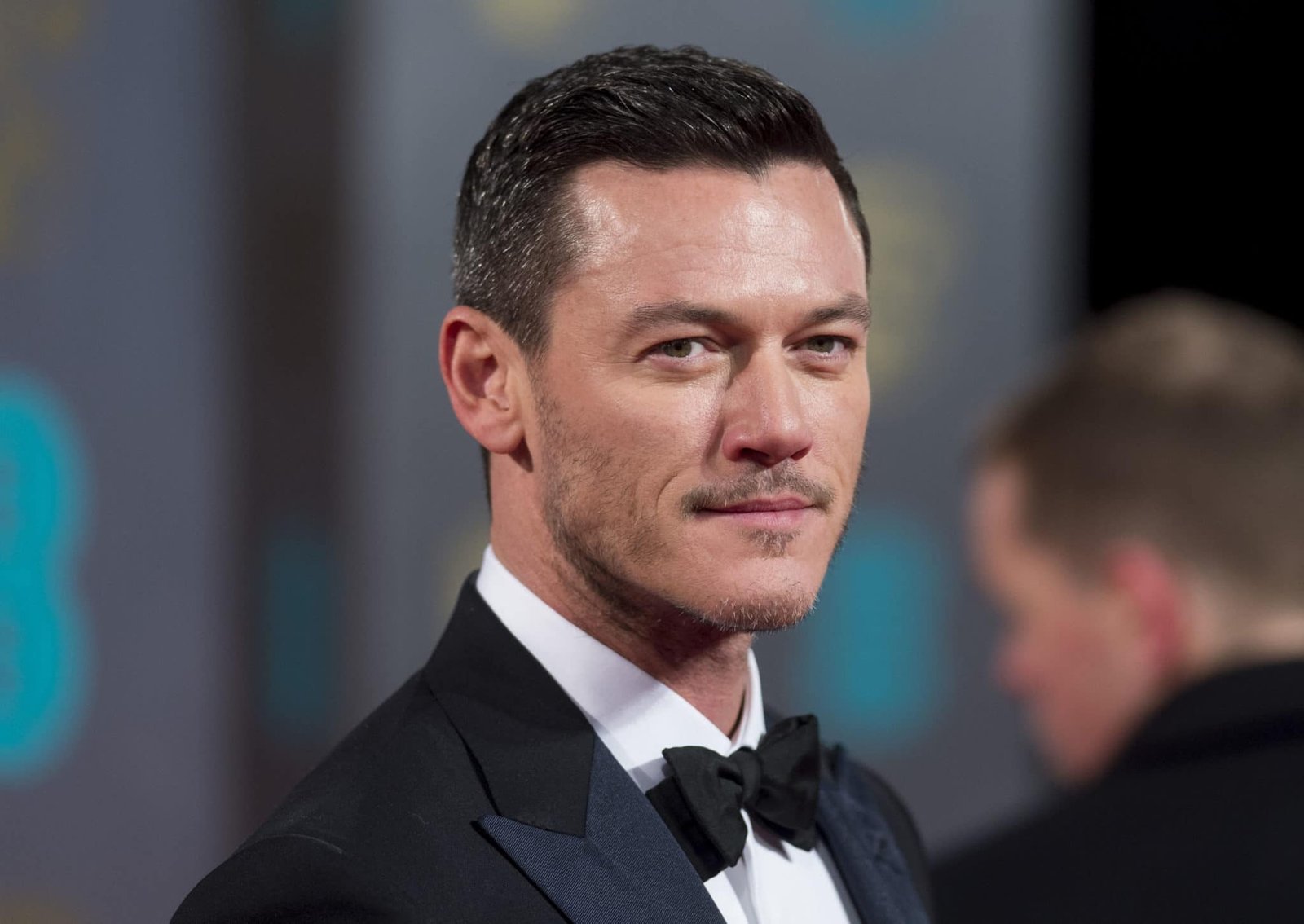 Luke Evans is a 43-year-old Welsh actor and singer who lends his voice to the main character Ebenezer Scrooge in Scrooge A Christmas Carol. The actor began his career on stage and appeared in several London West End productions. Then he had his breakthrough in the 2010 remake of Clash of the Titans. After appearing in several action films, Evans had notable roles in blockbuster movies. He played Bard the Bowman The Hobbit, Gaston in Disney’s Beauty and the Beast (2017) and the Coachman in Disney’s Pinocchio (2022). In addition to cinema, Evans also appears from time to time in TV shows. He starred in Hulu’s Nine Perfect Strangers.

As mentioned earlier, Evans is also interested in music. He released his debut album At Last in 2019. Evans prefers to keep his personal life under wraps. All we know is that he’s openly gay. 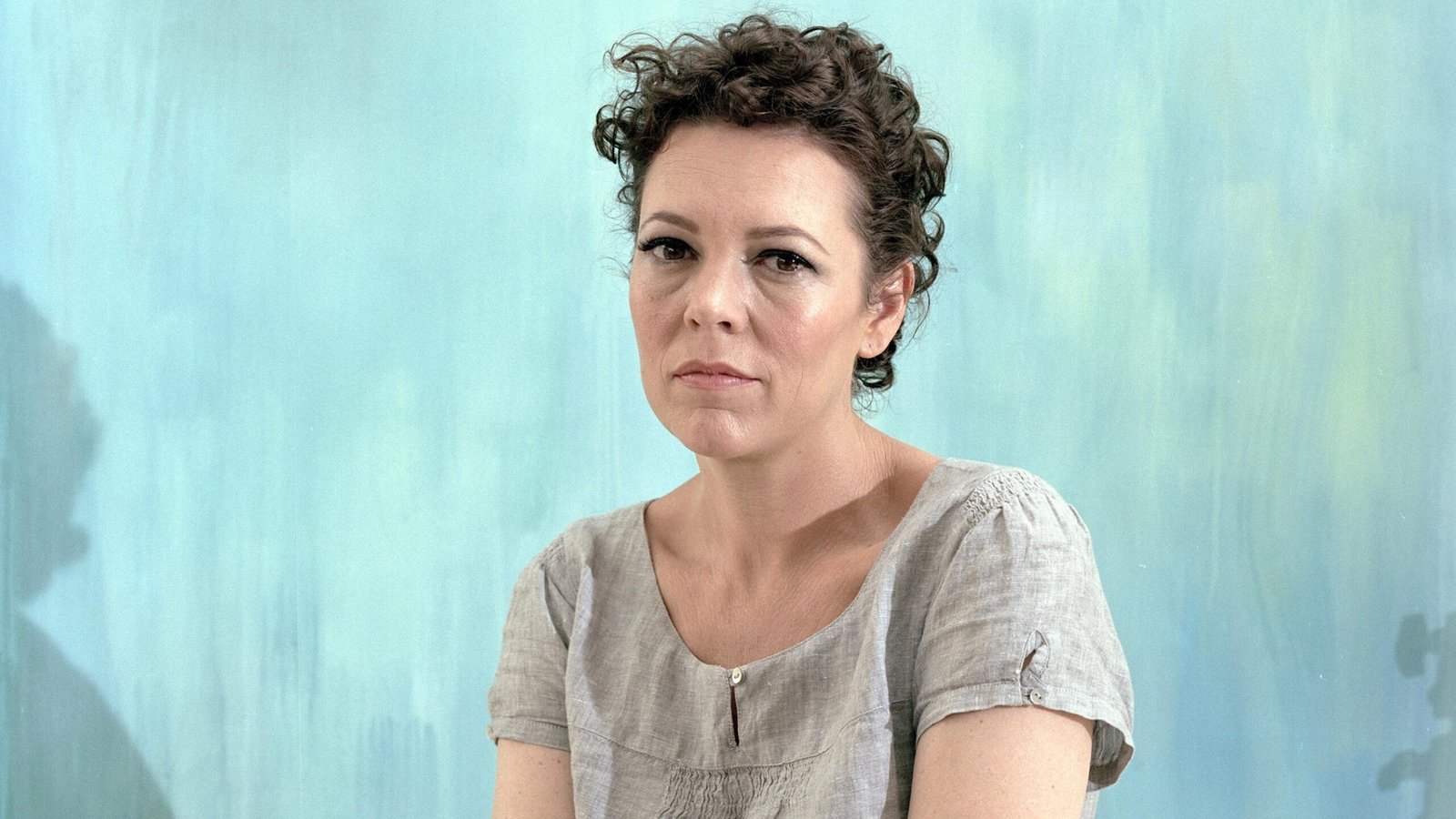 Olivia Colman as Ghost of Christmas Past

Legendary actress Olivia Colman is also in Scrooge A Christmas Carol cast lending her voice to the Ghost of Christmas Past. The actress has starred in a number of TV series and films since the beginning of her career. Among the TV series she’s starred in are The Night Manager, Broadchurch and Fleabag. She also portrayed Queen Elizabeth II in seasons 3 and 4 of The Crown. The Father, The Lobster and The Lost Daughter are just a few of the films Colman has starred in. She’s won numerous awards, including an Academy Award, a British Academy Film Award, a Primetime Emmy Award, three British Academy Television Awards and three Golden Globe Awards.

Colman has been married to Ed Sinclair since 2001. The couple has three children. 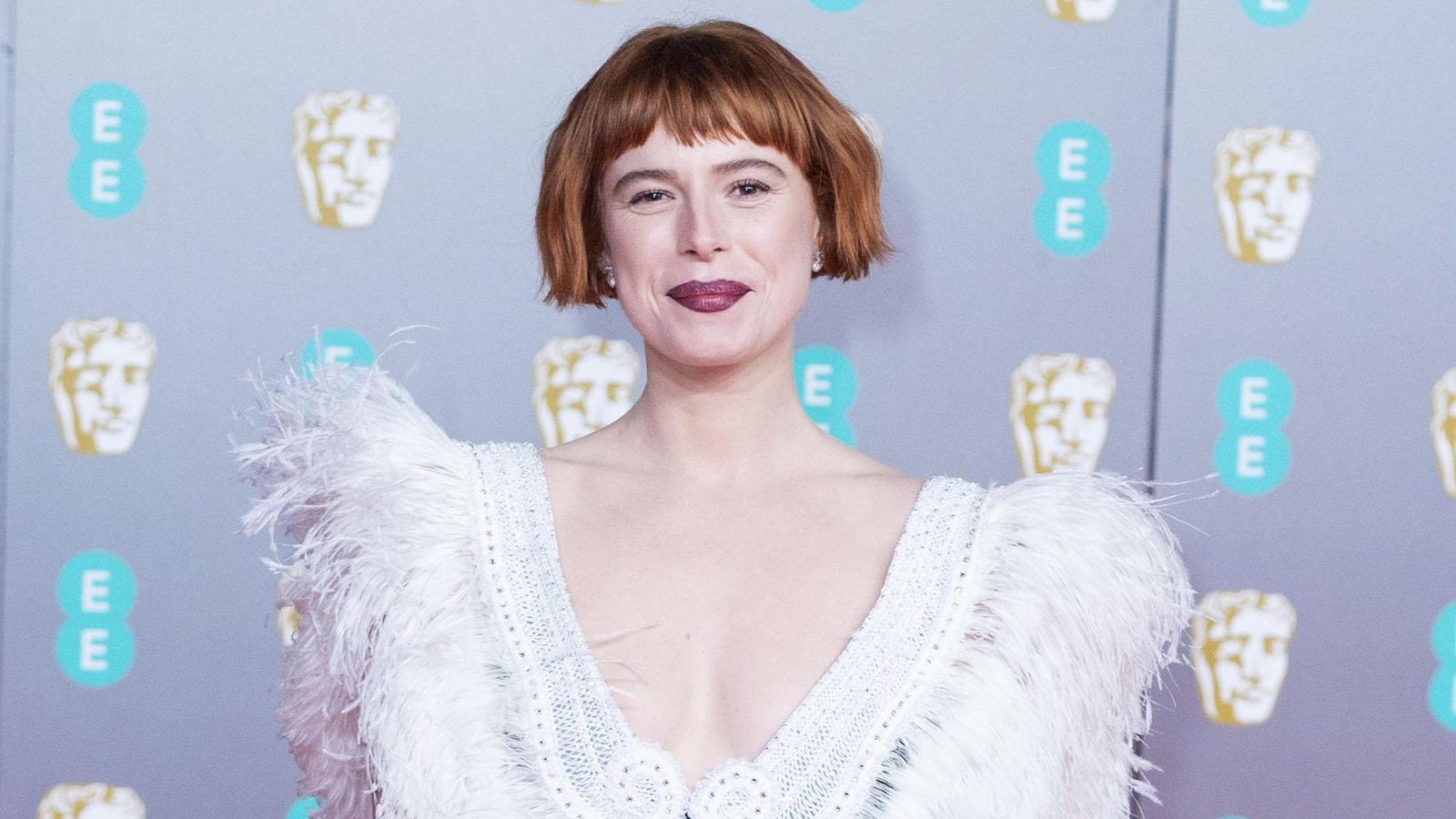 Jessie Buckley is a 32-year-old actress who lends her voice to Isabel Fezziwig in Scrooge A Christmas Carol. She’s best known for her roles in films such as The Lost Daughter, I’m Thinking of Ending Things and Misbehaviour. In addition to cinema, Buckley has also made a name for herself at TV. She played the role of Oraetta Mayflower in Season 4 of Fargo and portrayed Juliet in the television play Romeo & Juliet. The play isn’t the first Shakespearean play the actress has appeared in, as she’s appeared on stage in plays such as The Tempest, Henry V and The Winter’s Tale.

Between 2015 and 2017, Buckley was in a relationship with actor James Norton. The 39-year-old actor Johnny Flynn lends his voice to Bob Cratchit in Scrooge A Christmas Carol. He’s starred in such films as Emma, The Score and Beast. However, his career was catapulted by his portrayal of David Bowie in the 2020 film Stardust. Among the TV series Flynn has starred in are Lovesick, Vanity Fair and Genius. Like Evans, Flynn is also a lover of music. He’s released several studio albums of self-composed folk revival songs.

The actor has been married since 2011 to Beatrice Minns, with whom he’s dated on and off since secondary school. They have three children. 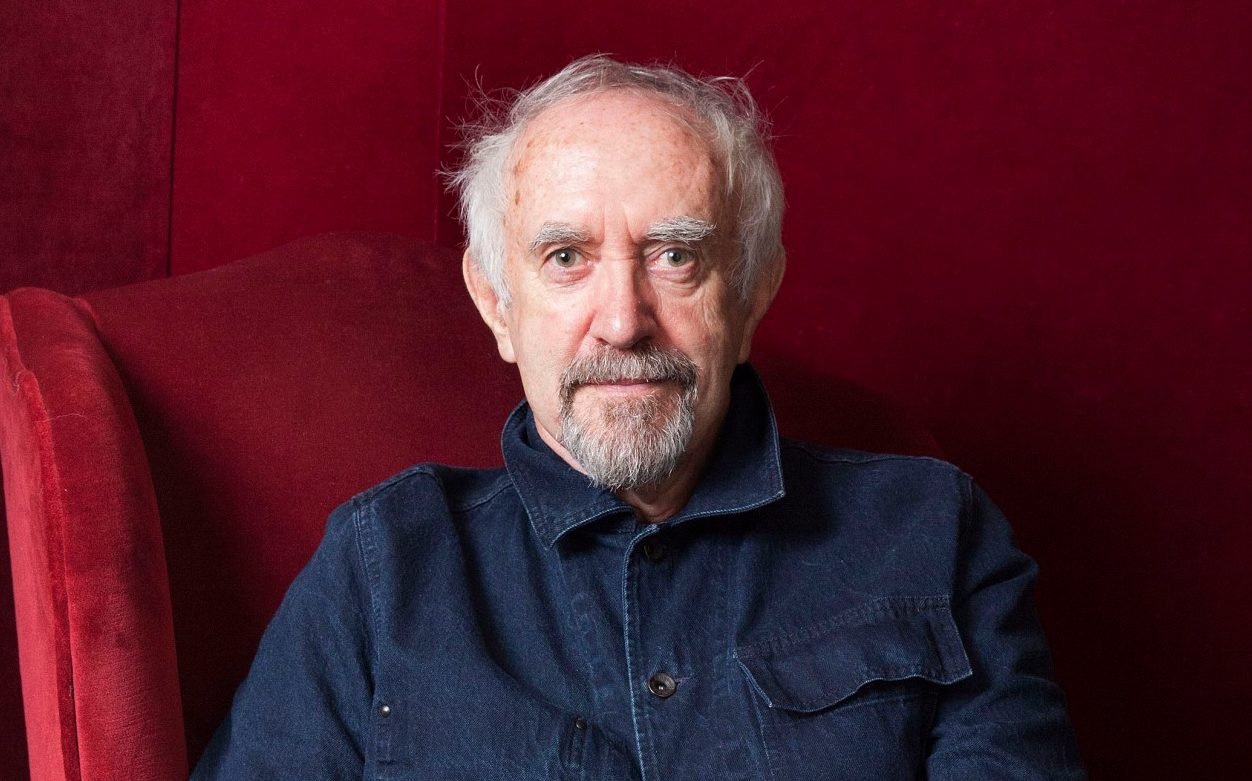 Jonathan Pryce is an English actor who’s 75 years old. He is in Scrooge A Christmas Carol cast, lending his voice to Jacob Marley. Among the actor’s best-known films are Tomorrow Never Dies, The Man Who Killed Don Quixote and The Wife. He recently starred in the 2019 film The Two Popes. Pryce has also starred in a number of television series. In Season 6 of Game of Thrones, for example, he played High Sparrow. In The Crown Season 5, Pryce took over the role of Prince Philip, Duke of Edinburgh, from Tobias Menzies, who previously played the role.

Pryce married Irish actress Kate Fahy, with whom he’s been in a longtime relationship, in 2015. The 75-year-old Scottish actor James Cosmo is in Scrooge A Christmas Carol cast, lending his voice to Mr. Fezziwig. Throughout his career, Cosmo has appeared in numerous blockbuster films including Braveheart, Troy and The Chronicles of Narnia: The Lion, the Witch and the Wardrobe. We also got to see the actor on TV: he played Jeor Mormont in Game of Thrones, Father Kellan Ashby in Sons of Anarchy and Jorge of Burgos in The Name of the Rose.

Cosmo is married to Annie Harris, with whom he has two children. The 35-year-old Northern Irish actor and singer Fra Fee lends his voice to Harry Huffman in Scrooge A Christmas Carol. He’s best known for his role of Courfeyrac in Tom Hooper’s Les Misérables, which is his feature film debut. He also starred in the 2021 film Cinderella. Fee is also known for his role as Kazimierz “Kazi” Kazimierczak in the Disney+ series Hawkeye.

Fee, who’s openly gay, is in a relationship with actor and singer Declan Bennett. 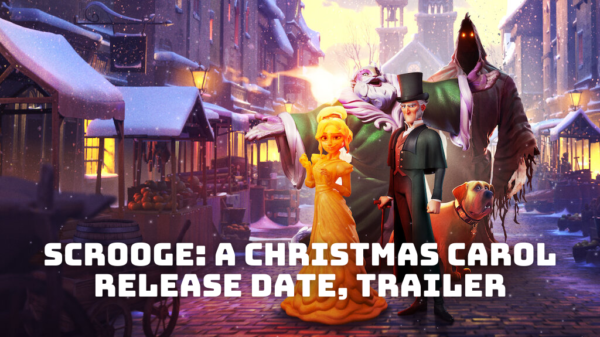 Scrooge A Christmas Carol Release Date, Trailer – Is it Canceled?

Christmas is just around the corner and there are some Christmas movies worth watching this year. Scrooge A Christmas Carol is just one of...