Have you ever wondered about the Prey cast, a movie that saturates us with the warrior woman story we are longing for?

Prey, which includes science fiction, action and horror at the same time, met us on Disney Plus on August 5th. Even though it’s only just been released, it’s gotten a great response and has a 7.3 rating on IMDb. It is a movie that makes Predator lovers especially happy because it is the fifth film in the series.

Welcoming us with its story set 300 years ago, Prey introduces us to Naru, a talented and ambitious warrior woman. When powerfully-armed hunters appear, threatening the safety of her tribe, Naru’s sole purpose is to save her tribe and protect her people.

Without further ado, let’s get to know the talented Prey cast, who brought us together with a great movie!

Also Read: All The Sandman Season 1 Episodes Ranked From Worst To Best! Amber Midthunder is our main character, Naru in the Prey cast! I don’t think we need to mention how talented, protective and ambitious Naru is.

On the other hand, Amber Midthunder is a very talented actress and director despite her young age. Amber, whose mother and father are actors like her, has officially grown on sets and has been acting since she was 9 years old! Amber’s best-known productions include Legion, Roswell, New Mexico, Heell or High Water, The Wheel and The Ice Road.

Amber Midthunder, a 25-year-old beautiful American actress born on April 26, 1997, has a boyfriend. However, she keeps her private life away from her career and we don’t know much about her boyfriend. We came to another shining star of the movie. Dane DiLiegro plays Predator in the Prey cast. It is an undeniable fact that the Predators came to the world from a different planet and aim to hunt the powerful beings and dominate the weak characters.

The handsome Dane DiLiegro, who successfully survived this villainous character, was a basketball player before he was an actor! We can say that it was already clear that DiLiegro, who achieved many successes in basketball between 2007 and 2019, will play basketball. Both his father and brother are basketball players who have played in famous teams like him. Deciding to focus on his acting career in 2019, Dane’s known productions are Free Guy, The Walking Dead, Sweet Home and American Horror Story. We are sure that she will take part in many more beautiful productions.

The 33-year-old Italian-American actor Dane DiLiegro does not have a girlfriend that we know of. However, his name was recently mentioned in love claims with 60-year-old actress Paula Abdul. Ray Strachan plays the role of Ralu in the Prey cast. Ralu is a strong fighter even though he doesn’t show up much.

Ray Strachan, who does not like to appear in the middle like the character he plays, is an actor who has taken part in many productions although he is still at the beginning of his career. Despite her sweet face, she can easily handle bad characters. His credits include Sweet Autumn, The Grudge, My One & Only, Not Suitable For Children, and The Pinkertons.

The 22-year-old American young actor Ray Strachan, born on January 1, 2000, does not have a girlfriend that we know. 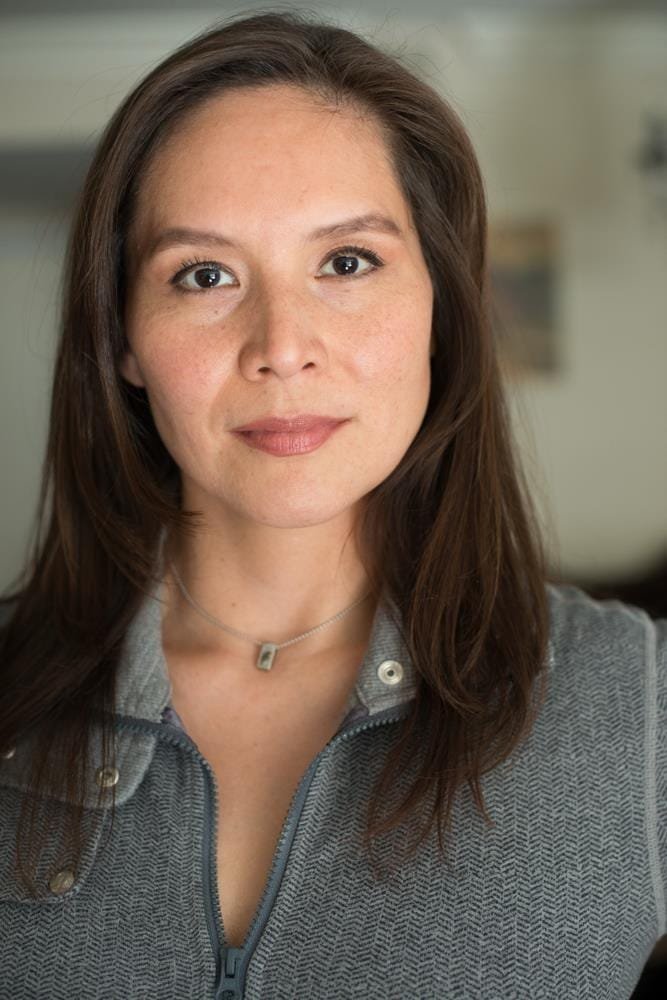 Stefany Mathias plays the character of Sumu in the Prey cast. Sumu is the chieftain’s wife, she is affectionate and very afraid of harm to her tribe.

While researching about Stefany Mathias, we came across a sad fact. Stefany was actually a very talented dancer, and for years she has moved her career in that direction. But after hurting her shoulder, she had to give up this love in order not to be injured. There are also many productions in which Stefany started her acting career in 1995. Some of them are Pathfinder, Here We Are, Cubik, Longmire and Sheltered Life.

The beautiful Canadian-born actress is here with another surprising fact because she is 50 years old! Stefany Mathias, who looks much younger than she is, does not have a relationship that we know. 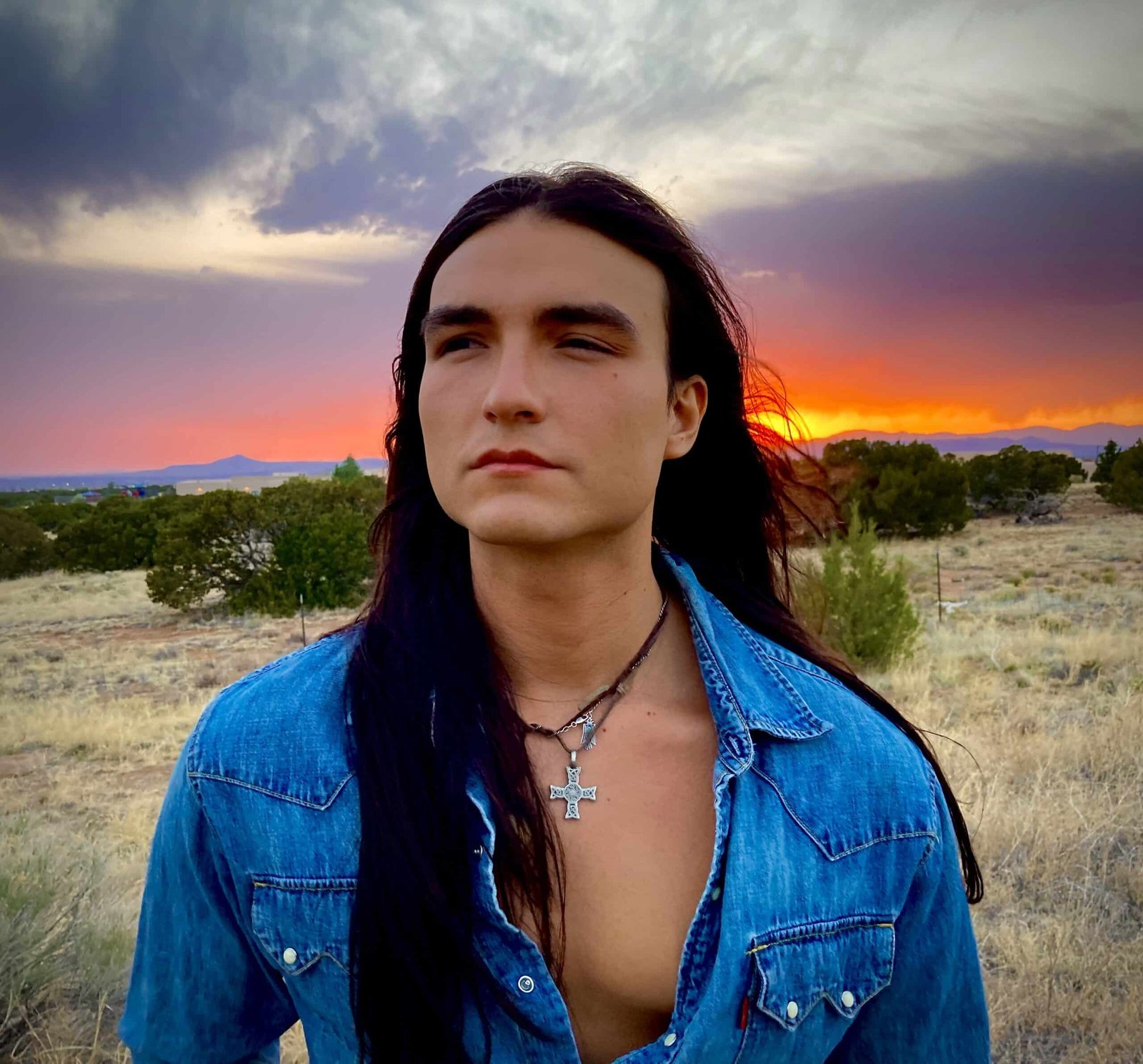 Dokata Beavers plays the character of Taabe in the Prey cast. Taabe is Naru’s loyal and equally warlike brother.

Beavers took the first step of his acting career with the movie Prey. So do you think it’s been empty so far? Of course not. Interested in music since the age of 13, Dokata Beavers both plays the guitar and sings. Beavers, who also showed his talent in the movie, says that he had no difficulty in riding a horse in the movie because he had been riding a horse since he was a child.

Arizona-born actress and musician Dokata Beavers is very young, just 22 years old. Although he is very handsome, he does not have a girlfriend. Our last talented actress in the Prey cast, Michelle Thrush, plays the character of Aruka. Aruka is the mother of Naru and Taabe. She both wants to raise them like a warrior and she doesn’t want them to get hurt.

Michelle Thrush didn’t have a very lucky childhood as she has an alcoholic family. She experienced many difficulties in her education life and started acting at the age of 17. We also know that Thrush, who is also an activist, loves children and is involved in charities. Having an award-winning acting career, Thrush’s best-known productions are Blackstone, Fargo, Tin Star, Tribal, and Pathfinder.

The 55-year-old Canadian-born Michelle Thrush has no relationship that we know of now. However, we do know that he has been through several failed marriages.

You loved Prey as much as we do and are you looking for movies like Prey until Prey 2 comes? You are in the...