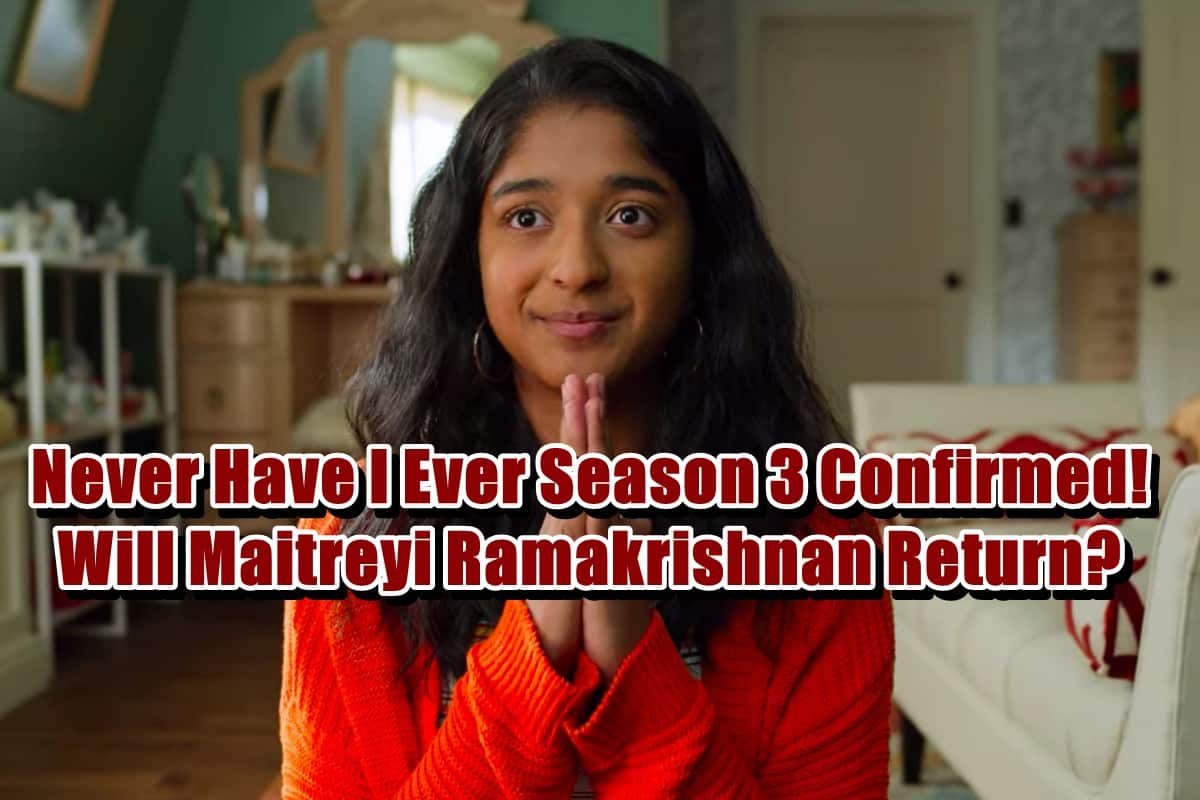 Never Have I Ever Season 3 Confirmed! - Will Maitreyi Ramakrishnan Return

Some are even expecting to see a new potential partner for Devi in Never Have I Ever Season 3, and we still could not figure out what is happening between Kamala and Mr. Kulkarni. It looks like Never Have I Ever Season 3 will reveal all the answers to the questions we have. Furthermore; Devi, Aneesa, Fabiola, and Eleanor look like they will form a stronger bond than ever before.

Everything you need to know about Never Have I Ever Season 3 is right here, so keep scrolling down for the release date of the new season.

Is Season 3 Coming for Never Have I Ever? We are excited to announce that Never Have I Ever Season 3 is on the way and the calendar shows Summer 2022 for the release date. There is also a fresh batch of first look photographs to get you excited for Never Have I Ever Season 3. Actually, Season 3 of the Netflix comedy has a definite release date which is Friday, August 12, and the news was revealed at the Netflix Is a Joke event, and it was also stated that the show will have 10 more episodes with a 30-minute runtime.

We also have some sad news because the series will conclude after the 4th and final season. Co-creators Mindy Kaling and Lang Fisher said in March 2022 that the show has just been renewed for a 4th and final season, and they are delighted about it. Apparently, they can not wait to show us all of the passionate romance and humorous escapades Devi and her friends have. Maitreyi Ramakrishnan as Devi, Romona Young as Eleanor in episode 304

In Never Have I Ever Season 3, Maitreyi Ramakrishnan returns as Devi Vishwakumar, Darren Barnet as Paxton Hall-Yoshida, Jaren Lewison as Ben Gross, Lee Rodriguez as Fabiola Torres, Ramona Young as Eleanor Wong, Megan Suri as Aneesa, and we will probably see every cast member from Season 2. Moreover, there were some first look pictures and it appears like a new face will be joining the school for Never Have I Ever Season 3. Anirudh Pisharody will portray Des, a private school kid, and we think he will be another possible partner for Devi in the series.

Is Never Have I Ever a true story? 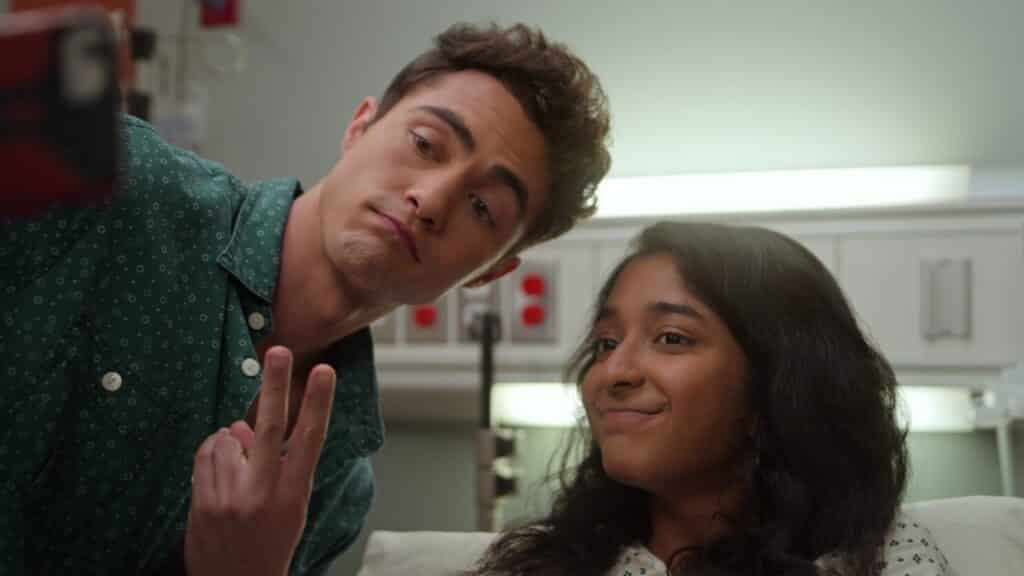 Devi and Paxton at hospital

Even though this Netflix original series has many relatable moments, it is not based on a true tale. As you know, Devi is an Indian-American adolescent of first-generation Indian descent and she is a highly intelligent and competitive student. However, through the series, we watch her fighting with her identity and her connection with her mother along with the problems with boys. Through Devi, Mindy Kaling seems like she was telling a bit of her younger days because she once stated that she experienced similar things in school. However, it does not make Never Have I Ever a true tale.

What is the story of Never Have I Ever? Devi and Ben in S3

Never Have I Ever is a series about a highly intelligent high school girl of Indian descent, Devi. In the series, you will watch how she is trying to cope with the death of his father whom she loved with all her heart. She has some big problems with her mother and the boys at school.

The plot summary of Never Have I Ever Season 3 has been released and it is as follows: Indian American teenager Devi continues to struggle with the everyday demands of high school while also navigating new romantic relationships. There are some hints that we can follow to figure out what Season 3 will be like for us.

Season 2 of Never Have I Ever concludes at the winter dance and Devi enters the dance with Eleanor as her date after her breakup with Paxton. But Elanor goes for Tent for the dance, leaving Devi alone. Paxton returns to the school when Devi is ready to leave, and they have a passionate kiss, indicating the start of their relationship. In the 3rd season, expect to see Devi and Paxton struggle to keep their relationship together while the new kid Des is ready to steal some hearts.

What ethnicity is Devi? 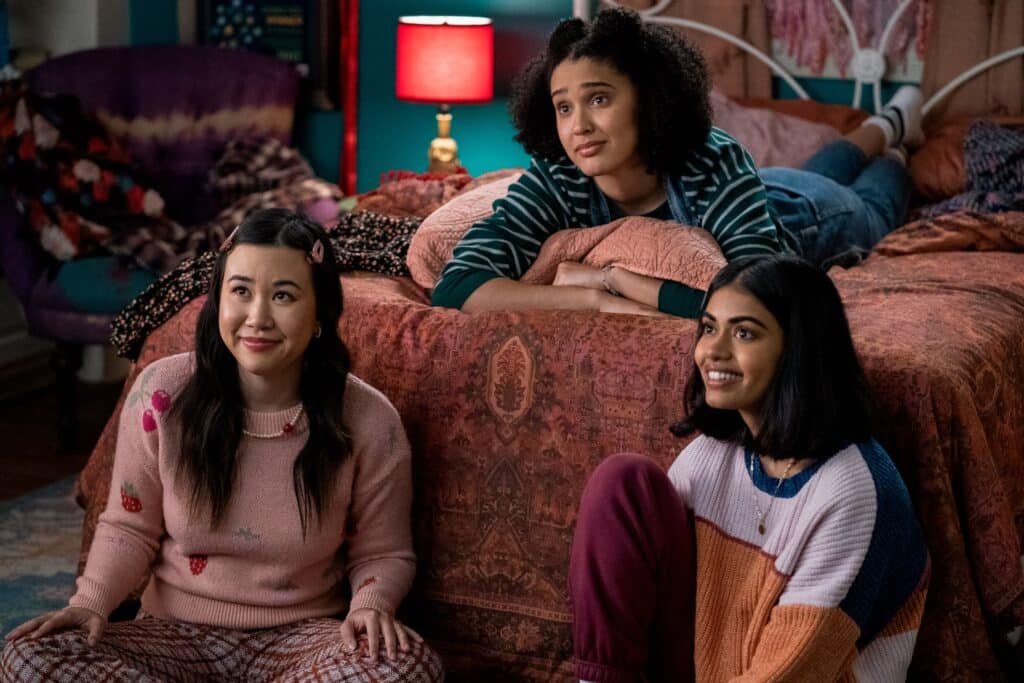 Devi is an Indian character and even though it may seem apparent, the first and most evident resemblance between Devi and Mindy Kaling is that they are both of Indian descent. Devi, like Kaling, is the first-generation daughter of Indian parents. 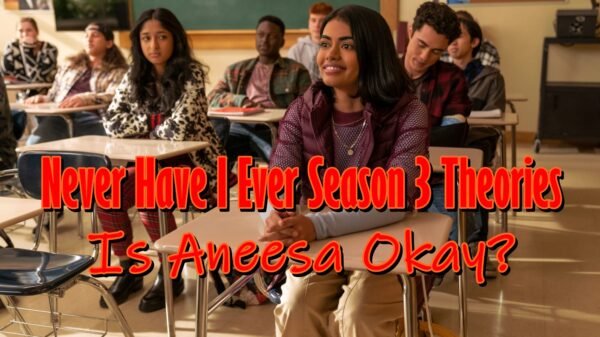 Never Have I Ever Season 3 Theories – Is Aneesa Okay?

Never Have I Ever Season 2 concludes with a massive cliffhanger. Devi eventually chooses Paxton, leaving Ben wondering if he still has a love...