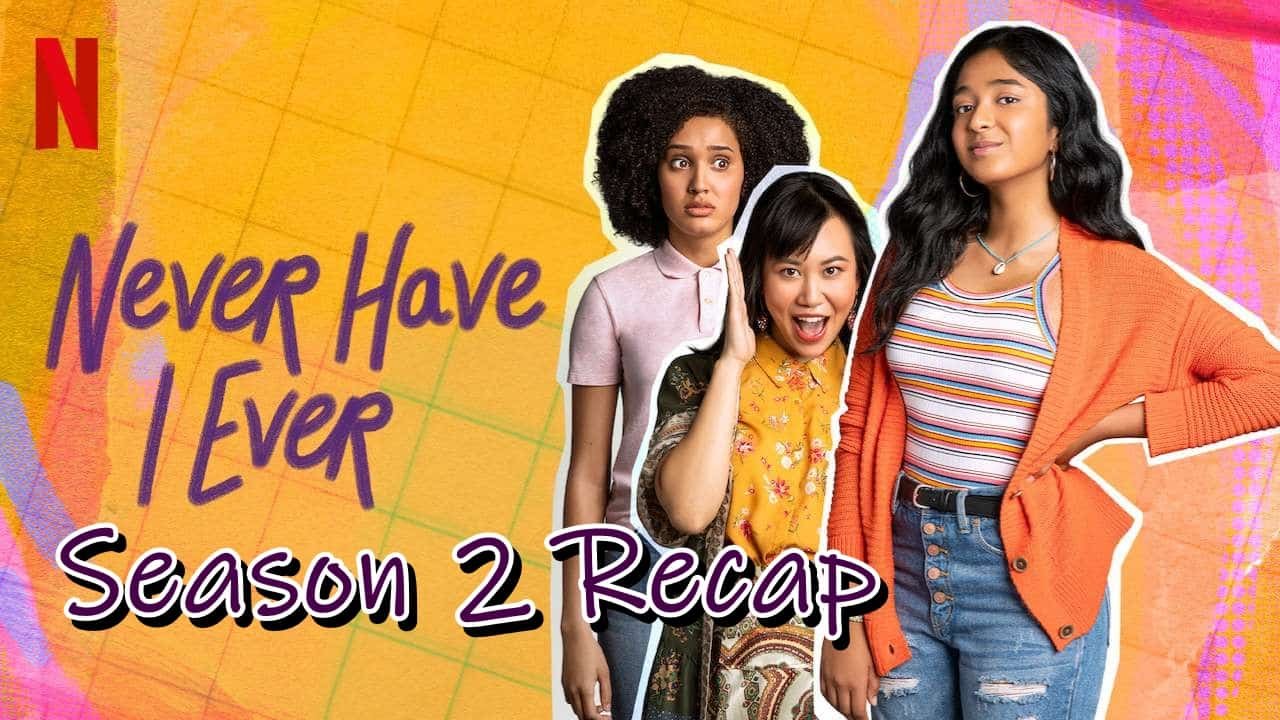 Never Have I Ever Season 2 Recap

Never Have I Ever Season 2 recap is a necessity since the show had fans enthralled last summer with its 2nd season and the 3rd season is possibly on the way. The program stars emerging talent Maitreyi Ramakrishnan as Devi, and we had so much fun watching her. Never Have I Ever is well-liked because it features a well-balanced blend of humor, romance, and drama.

For the Never Have I Ever Season 2 recap, we have to start from the beginning, so we are reminding that the show revolves around Devi Vishwakumar, a 16-year-old Indian-American high school sophomore at Sherman Oaks High School. Devi deals with her father’s death, but at the same time, she wants to boost her social status in school.

In Season 1 we watched how Devi was grappling with her Indian-American identity while having some big arguments with her mother Nalini, her stunning cousin Kamala, and her devoted circle of friends. She also has a big crush on Paxton Hall-Yoshida and a longstanding rivalry with Ben Gross. But what happened in Season 2 of Never Have I Ever? You will find all the answers in this Never Have I Ever Season 2 recap!

Will there be Season 3 of Never Have I Ever? Never Have I Ever Season 3 first look

First things first, we have to announce something before diving into the Never Have I Ever Season 2 recap! Season 3 of the Netflix comedy has a release date which is August 12, 2022, so, yes, there will be a Season 3 of Never Have I Ever. We are expecting that the show will continue the tradition, so the next season will have 10 episodes, each having 30 minutes of run-time for us to enjoy.

Who does Davi end up with in Never Have I Ever Season 2? 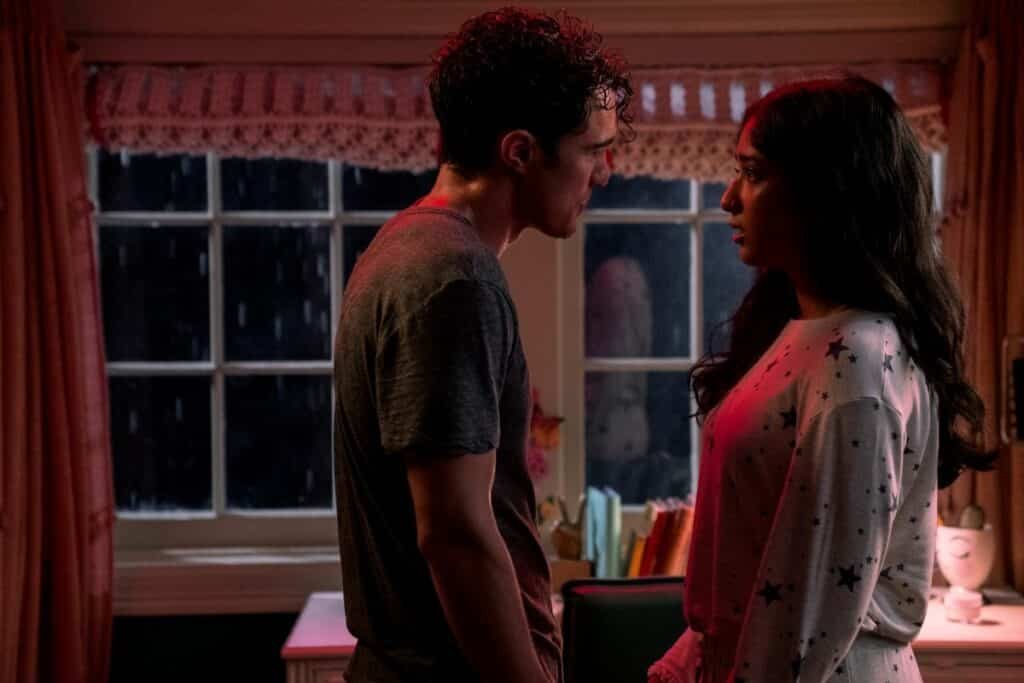 Never Have I Ever Season 2 recap would not be complete if we did not talk about how Devi went on and off with Paxton and Ben, but who did she end up with at the end? For the majority of Never Have I Ever’s Season 2, it seemed like Devi Vishwakumar’s love story between potential partners Ben and Paxton was in vain and she has lost them both forever.

Ben was upset by Devi’s prior effort to date both himself and Paxton and he stopped talking to her ever since the incident. It might be seen as revenge, but Ben started dating Aneesa who is also one of Devi’s friends, and we saw their relationship crumble over time. In any possible Never Have I Ever Season 2 recap, the issue with Paxton is a must to discuss, so we will do the same! We remember Paxton sneaking into Devi’s room for some hot makeout sessions, but he was very fishy about his relationship with Devi because we witnessed him openly declining Devi’s invitation to the school’s dance.

Fans were enraged with his behavior, but after remembering what Devi did to him by dating Ben at the same time, it kind of made sense. Following in the Never Have I Ever Season 2 recap, we also saw Ben getting into the girls’ restroom to find Devi crying and then comforting her about Paxton. 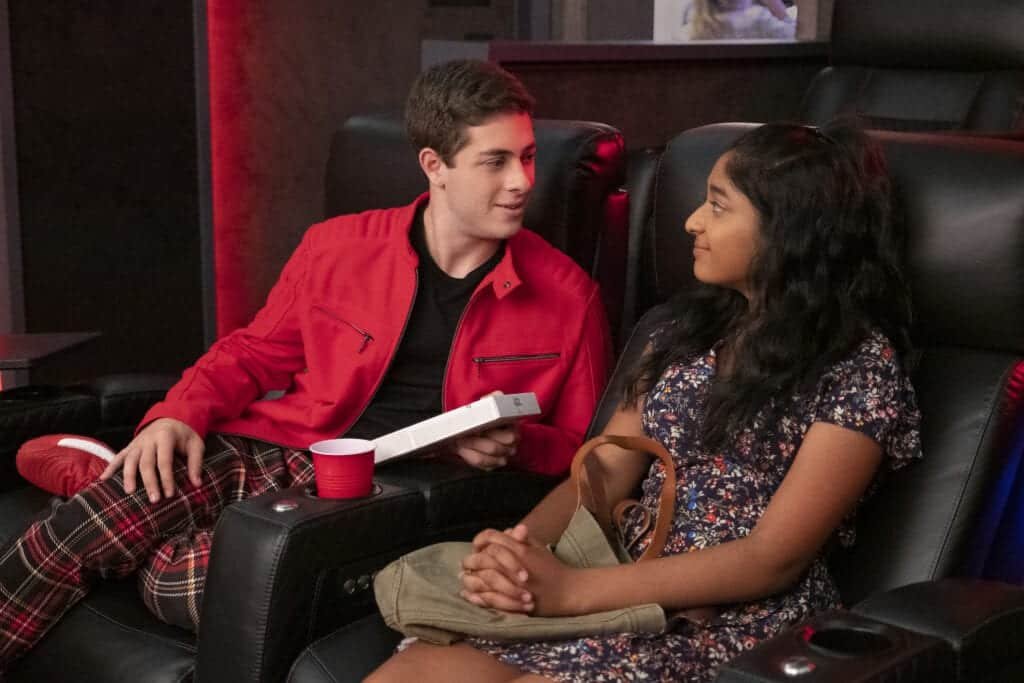 When Paxton enters Devi’s room later that night, Devi says she cannot accept this situation of being a secret girlfriend. Paxton says they can’t date in public, so Devi goes to the dance with Eleanor.

However, Eleanor later ditches her to dance with Trent, and during that time Fabiola abandons the party to hang around in the robotics department and bring Gears to his real senses. As a result, she and Eve are chosen as Cricket Queen and Queen, which led their relationship to be stronger than ever. 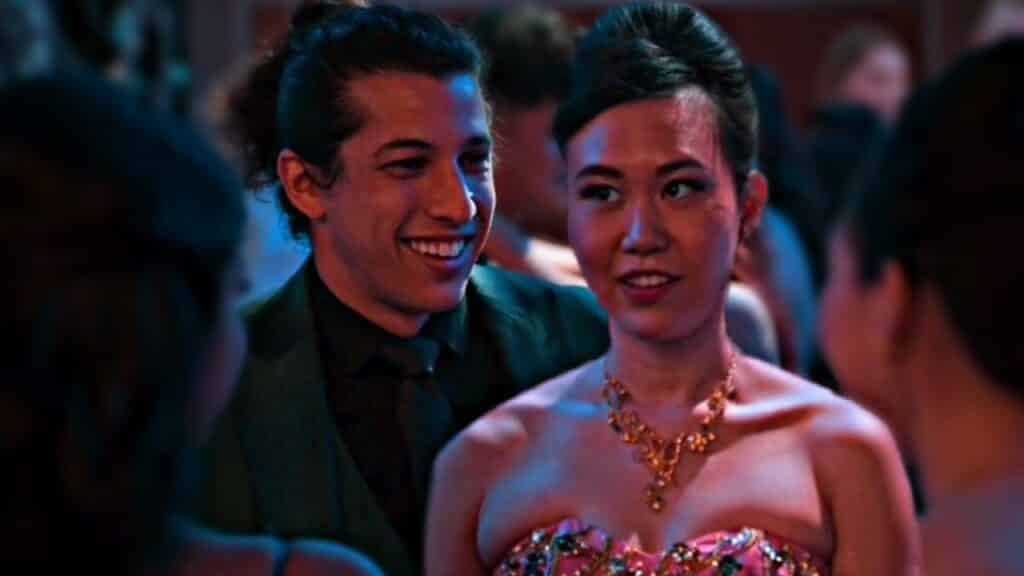 Devi eventually decides to leave the dance and at the door, Paxton hits her with his car and tells her that he made the decision that he wants to be her boyfriend. This is all we have to say in this Never Have I Ever Season 2 recap!

How old is Maitreyi Ramakrishnan?

Maitreyi Ramakrishnan is a Canadian actress who was born on December 28, 2001, so she is currently 20 years old. Her most well-known roles are Devi Vishwakumar in the Netflix adolescent comedy series Never Have I Ever, and Priya in the Pixar feature Turning Red, and both are amazing projects you should check out sometime.

Ramakrishnan was born in Mississauga and raised there by Tamil parents who fled to Canada as refugees from Sri Lanka’s civil conflict, but she considers herself to be Tamil Canadian, not Sri Lankan. She is a really successful and blossoming actress that we had so much fun watching as Devi, and she was an important figure in our Never Have I Ever Season 2 recap.

Also Read: Never Have I Ever Season 3 Confirmed! – Will Maitreyi Ramakrishnan Return?

Share 0
In this article:Never Have I Ever Season 2 Recap