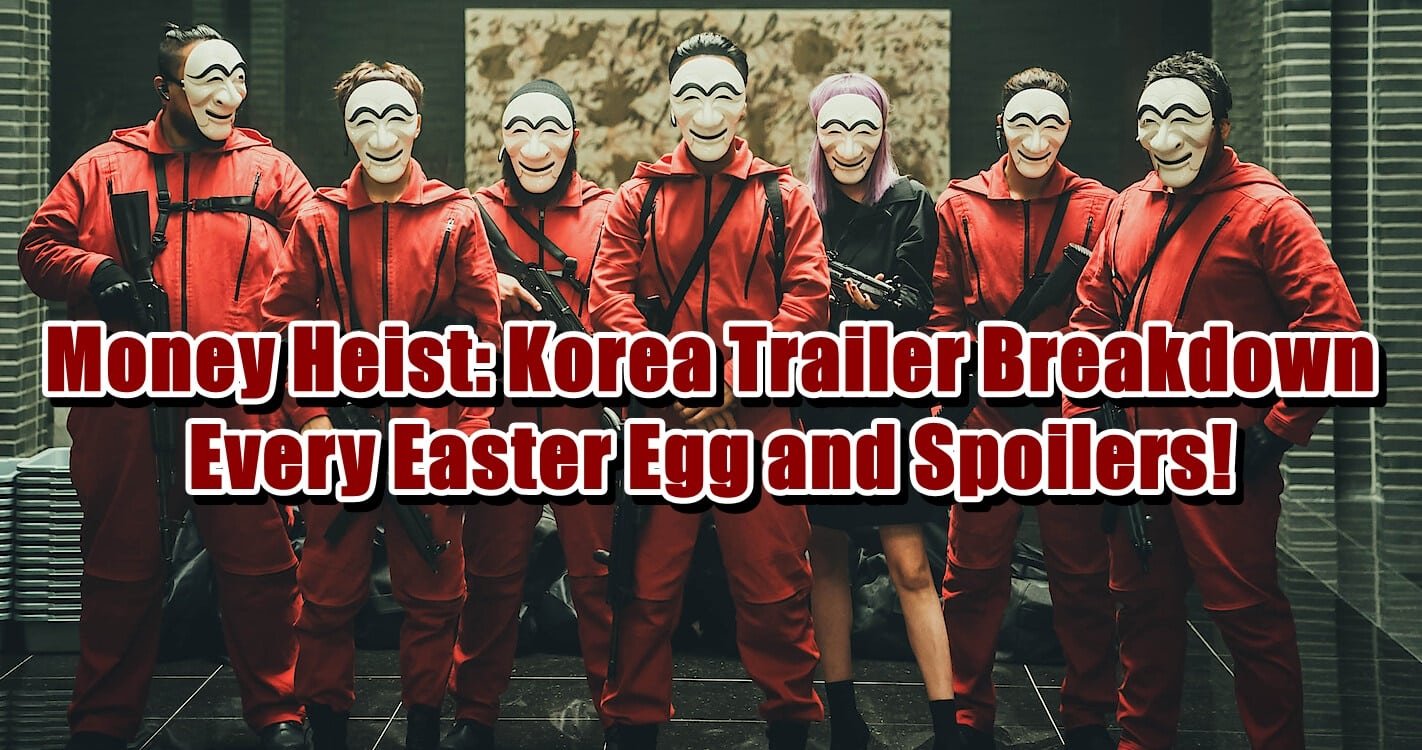 The new Money Heist Korea trailer shows the details of the unification of the two Koreas and the creation of a new joint currency, and we are here to break it down for you with all of its easter eggs and spoilers. Even today, the unification of those two countries is a debatable issue while many assumed that getting two countries on the same page would be good for both, but in the Money Heist Korea trailer, it does not quite seem like that.

In the Money Heist Korea trailer, we watched the two-nation alliance cause financial hardship for ordinary people living in them: the affluent became even richer, while the poor were forced to get by with little, causing conflict in the country. Of course, we cannot think of a Money Heist Korea trailer without the famous red suits that we were accustomed to watching in La Casa de Papel, and a criminal group decides to devise a plan to carry off one big-money theft from the Korean bank. Money Heist Korea trailer is the first demonstration of the show’s attempt to take a different approach to the famous Netflix series with the same name. The first installment of the new Money Heist series is about Korea and it will be released on June 24, furthermore, the Money Heist Korea trailer has a lot to say before the premiere of the show. The developers have published a new teaser that looks quite intriguing, so we had to dive deep into it, looking at every easter egg and spoilers, so keep reading.

Also Read: Money Heist: Korea – Everything We Know So Far!

Will there be Money Heist Korea?

According to the Money Heist Korea trailer, there will be a Money Heist Korea show and it will be available on Netflix. Even more, another series based on the original La Casa de Papel was confirmed in December 2021, claiming that it will center on the famous character Berlin, and the new series is scheduled to launch in 2023 after the release of Money Heist Korea. According to the rumors, Money Heist Korea will include a total of 12 episodes, and the first 6 episodes will premiere on Netflix on June 24, so prepare your subscriptions till then. The Money Heist Korea trailer is already available and you can watch it down below.

Is Korean Money Heist the same?

As we mentioned before, the 1st installment of a new Netflix series called Money Heist Korea will premiere on the streaming site on June 24 and it will follow the steps of the original show. A new trailer for the next series has been published and we included it above. In the Money Heist Korea trailer, you can get the idea of the upcoming series in all of its grandeur since the video offers a peek at these familiar yet distinct characters. 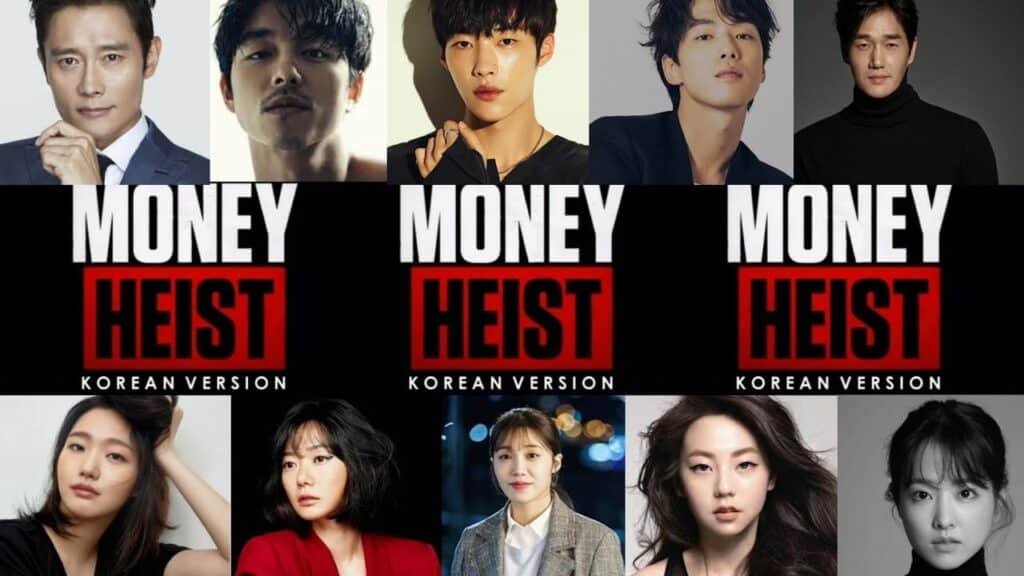 The characters in the Money Heist Korea trailer will attempt to pull off a massive robbery again, and we wonder whether they will survive or not. The new trailer depicts the battle that led to Korea’s unification, and the cast members are Professor portrayed by Yoo Ji-tae, and Tokyo played by Jeon Jong-seo. Squid Game star Park Hae-soo will play Berlin, and we expect to see Moscow, Denver, Nairobi, Rio, Helsinki, and Oslo with different Korean actors.

Where can I watch Korean Money Heist? 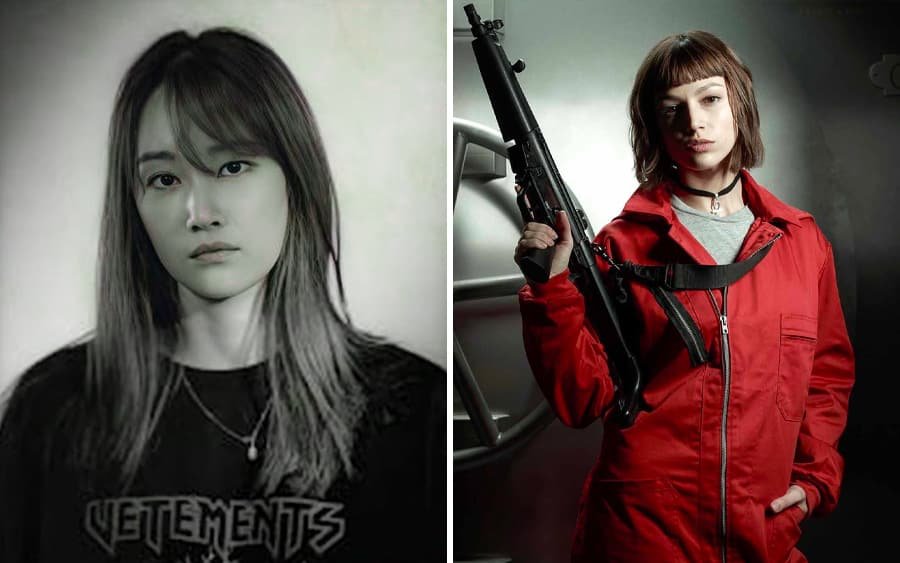 Money Heist: Korea – Joint Economic Area is Netflix’s most recent spin-off, and you can watch the show on Netflix when it releases. The show has received a new trailer and we included it at the end, so you better check it out. The new series will follow its predecessor, Money Heist, and we are sure it will be another hit for the streaming platform.

Money Heist Korea’s robbery portion is strengthened by its three-dimensional characters and strong drama, and its screenplay also amplifies the standard heist plotline, turning a single heist into an all-out conflict between the government and the robbers. 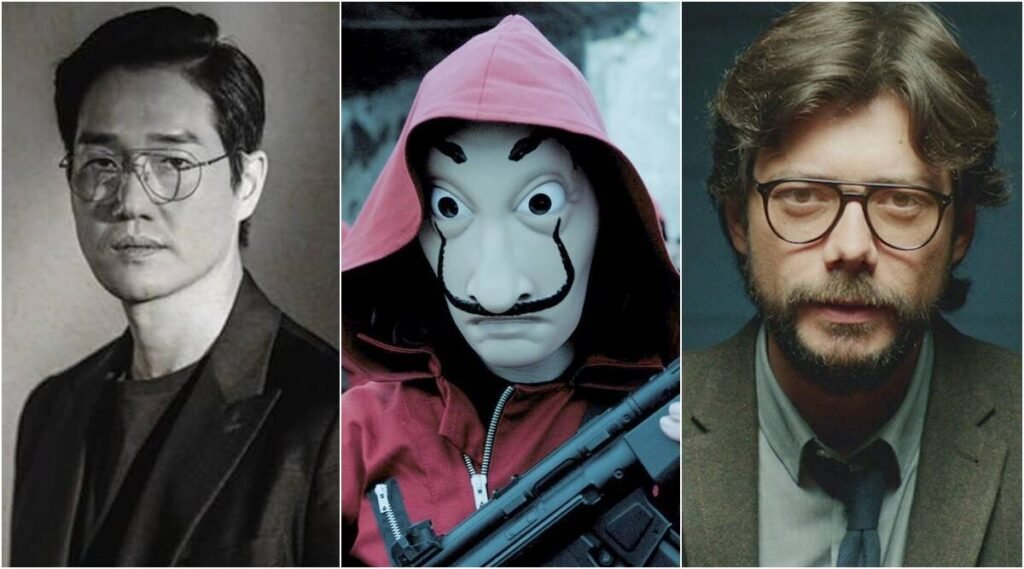 Despite being shot in Spanish, Money Heist was a moderate hit globally and Netflix appears to be seeking to take another approach to the show with Money Heist Korea. Given that there are a lot of viewers in Korea and the Korean TV industry become a lot more popular, the series is predicted to be a great smash and the Money Heist Korea trailer justifies that.

With the popularity of series like Squid Game, Money Heist Korea is expected to be a great it, and the series is set in a fictitious universe in which North and South Korea have united their economies. You can watch the trailer of the show right below.