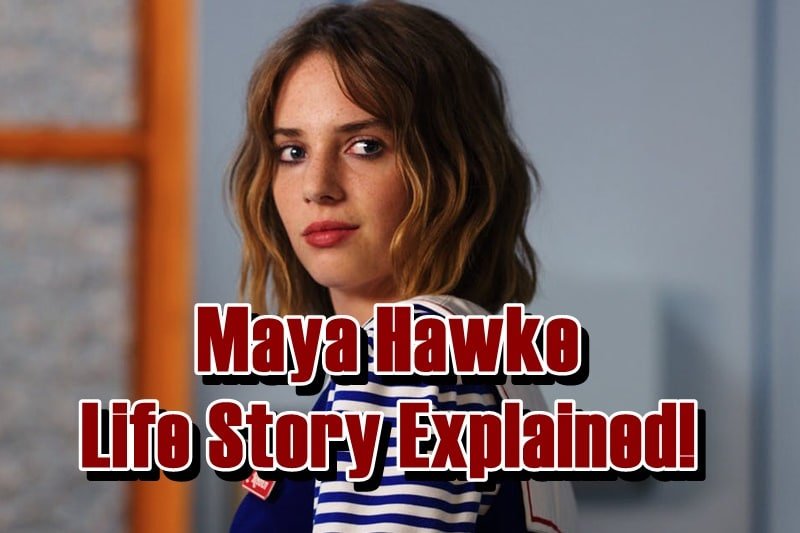 Maya Hawke may appear to be a Hollywood rookie with her big performance as Robin Buckley in Stranger Things, and we know many are wondering about her success. Working in the entertainment industry, however, is more familiar to this skilled actor: as the daughter of two famous actors, Hawke has plenty of access to educated professional guidance, which would make anyone jealous.

Of course, watching the younger Hawke’s parts reveals that the star’s acting abilities are already impressive; nonetheless, Hawke’s work isn’t restricted to the big screen. She has also appeared in Vogue and was picked as the face of British fashion label All Saints, and she was also featured in a Calvin Klein underwear commercial. However, it is far from the young actor’s only creative outlet as Hawke is also a singer and lyricist with a sizable fan base.

In her musical career, she has recorded a number of folky songs as well as an album, and we know everyone wants to know more about Hawke as she continues to break into every possible art area. 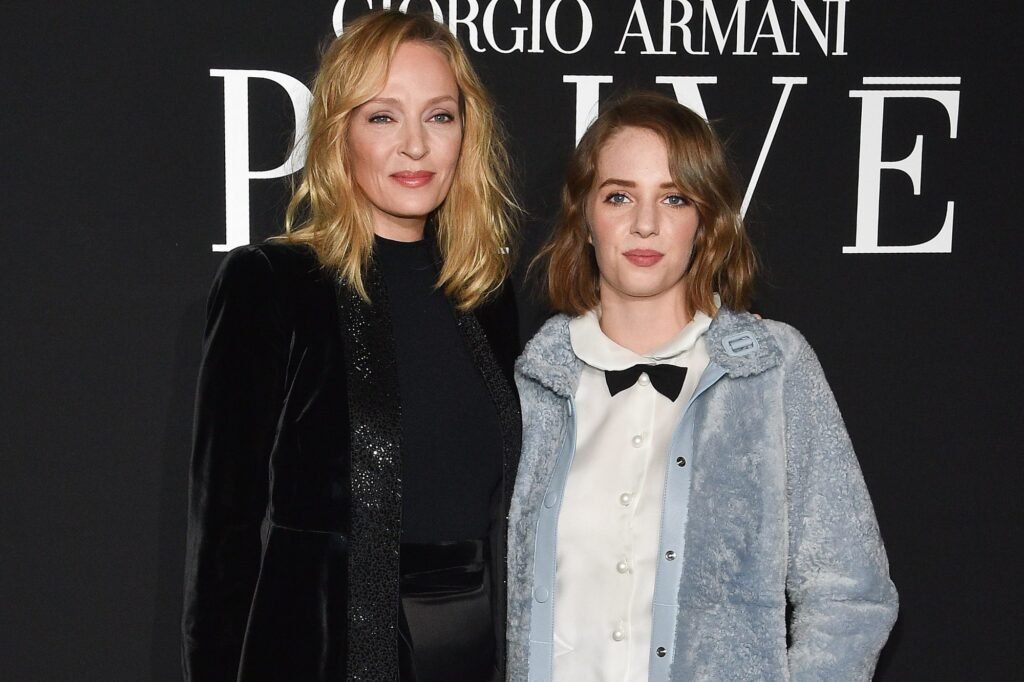 Maya Hawke is the daughter of Hollywood royalty Uma Thurman and Ethan Hawke, so she is related to Uma Thurman by benign her daughter. It’s no surprise that she’s decided to follow in her famous parents’ footsteps. As we mentioned before, the star’s parents met on the set of the 1997 film “Gattaca” and married in 1998, and in July of that year, their daughter Hawke was born.

Unfortunately, Thurman and Hawke split in 2005: despite the actors’ divorce, it is apparent that the former spouse is incredibly supportive of their daughter and her career. Considering both her parents are also present in the acting world, it was no surprise that they would be welcoming to any step she is willing to take.

Ethan wrote, after complimenting some of his daughter’s past work, “Ladies and gentlemen, meet MAYA HAWKE: she’s the genuine deal.” The Netflix actor was asked about her father’s exciting social media post, and she said that her parents have always been very supportive and that she is grateful for all they have done. 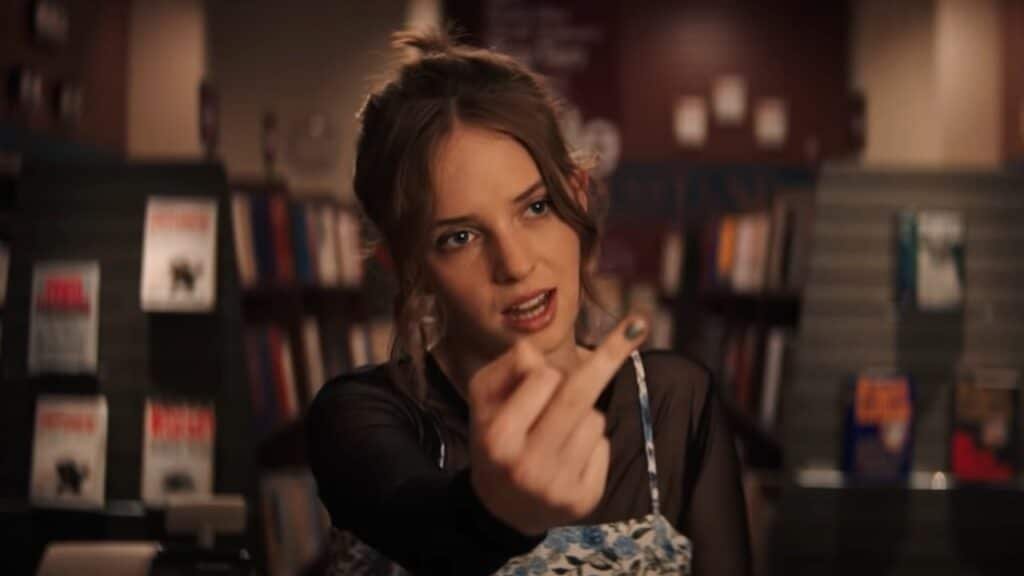 While Maya Hawke has obviously demonstrated her acting abilities, some admirers of the actress may be unaware that Hawke is also a well-received musician, and the then-newcomer to Stranger Things was having a career-making summer in August of 2019 because of her role in Tarantino’s Once Upon a Time in Hollywood.

As if that weren’t enough, she also published two folk-inspired tracks on Spotify and iTunes, and the emerging artist collaborated on her tunes with Grammy-nominated producer Jesse Harris. Hawke mentioned that she has always had a deep interest in folk music, and In 2020, Hawke released “Blush,” an album she described as music for listening to alone.

She noted that the tracks on her 12-track first album were songs about sentiments. Maya Hawke has experimented with several forms of art as a creative individual, but one type that truly jumps out is poetry as the star acknowledged her love of poetry in an interview. Her real passion is poetry in Shakespeare plays, poetry in John Patrick Shanley plays, and poetry in Leonard Cohen songs as she claims. Hawke went on to describe how poetry is related to other types of art, as she thinks it is the thread that binds all those things and makes them the same.

Maya Hawke also rose to prominence in the fashion industry even before she appeared on our screens: Hawke, then 18, made her modeling debut as the face of the British brand AllSaints in 2016. Hawke debuted in the company’s Spring/Summer 2017 campaign and acted in the brand’s short film “Far From Here”. She was seen jogging across the countryside of Woodstock, New York for that video. Hawke made an influence on All Saints creative director Wil Beedle, as he claims anyone who spends any amount of time with Maya will tell you that she’s clever, cool, and has a contagious passion for new ideas.

When was Maya Hawke born? 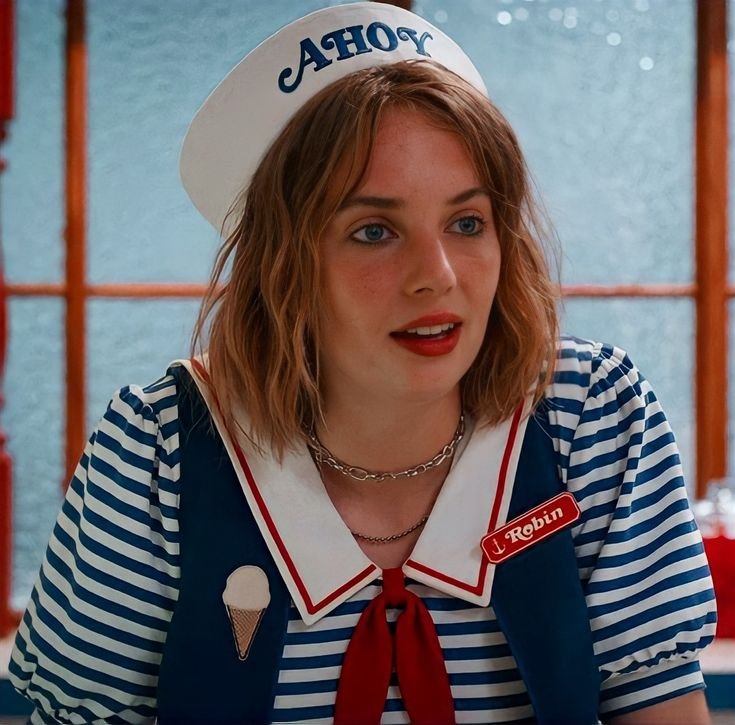 Maya Hawke was born in New York City on July 8, 1998, as the older of two children, and her parents met during the filming of Gattaca, married in May 1998, and divorced in 2005. Levon Roan Thurman-Hawke is her younger brother, and her father’s second wife, Ryan Shawhughes, gave her two half-sisters. Her mother’s ex-fiancé, banker Arpad Busson, gave her another half-sister, so she has a big family.

Hawke is a distant relative of Tennessee Williams on her father’s side and is the granddaughter of Buddhist scholar Robert Thurman and model Baroness Nena von Schlebrügge. Birgit Holmquist, Schlebrügge’s mother, was also a model, having appeared for Axel Ebbe’s Famntaget.

Also Read: Movies Like That’s Amor – What To Watch If You Liked Netflix’s That’s Amor?