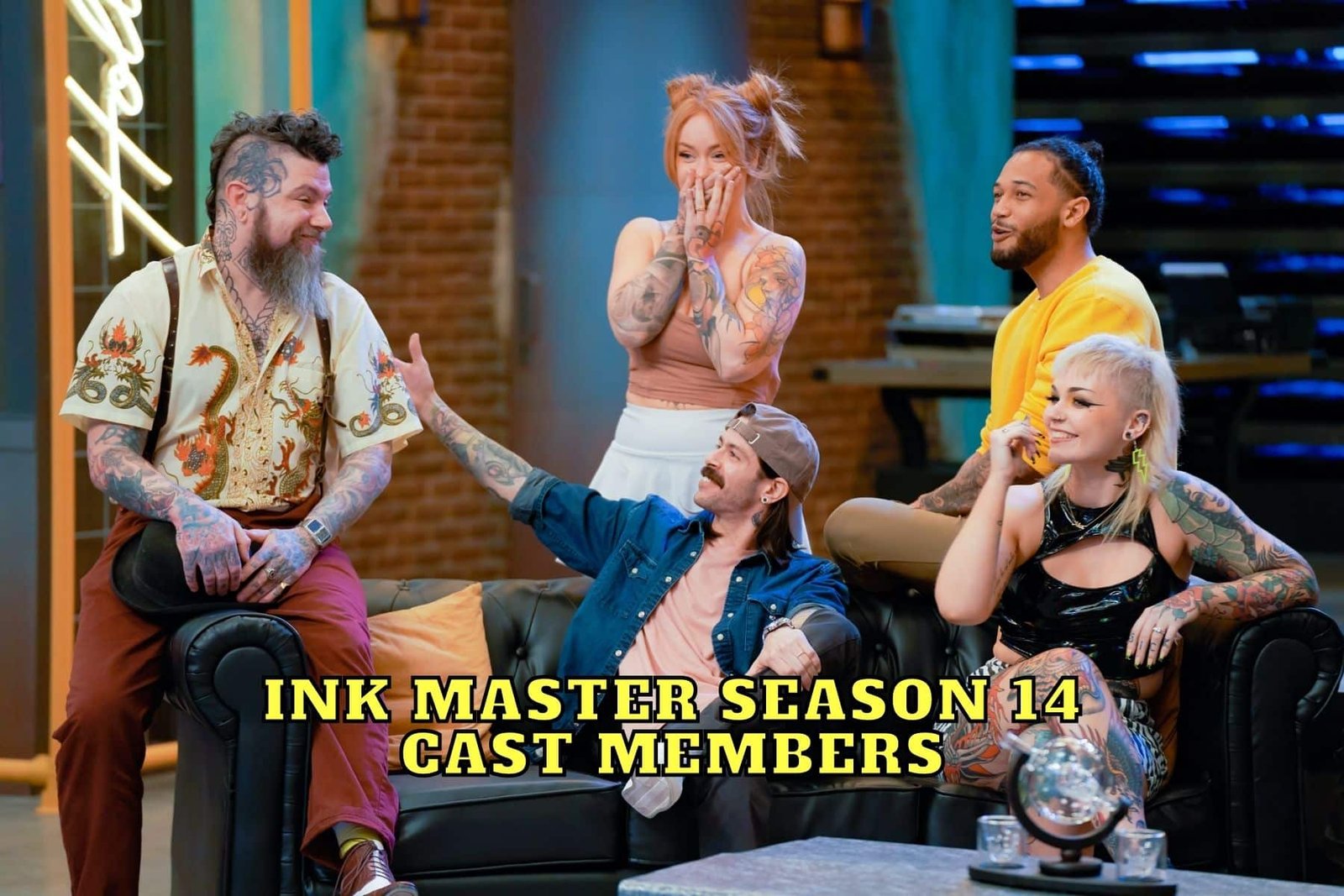 Ink Master Season 14 has already returned to Paramount+, and we even know which 2 contestants are eliminated from competing in the following episodes. In the 1st episode of the new season, Chris Shockley and Deanna James already lost the competition, with the former ending last and the latter in 9th place. But the season has 8 more episodes and 8 more contestants to go. As fans of the show know Ink Master Season 14 cast consists of tattoo artists from the previous seasons, who did not manage to win the big prize but imprinted on viewers’ memories with their talents.

In the following, you’ll get to know more about the Ink Master Season 14 cast members, including their ages and real-life partners. 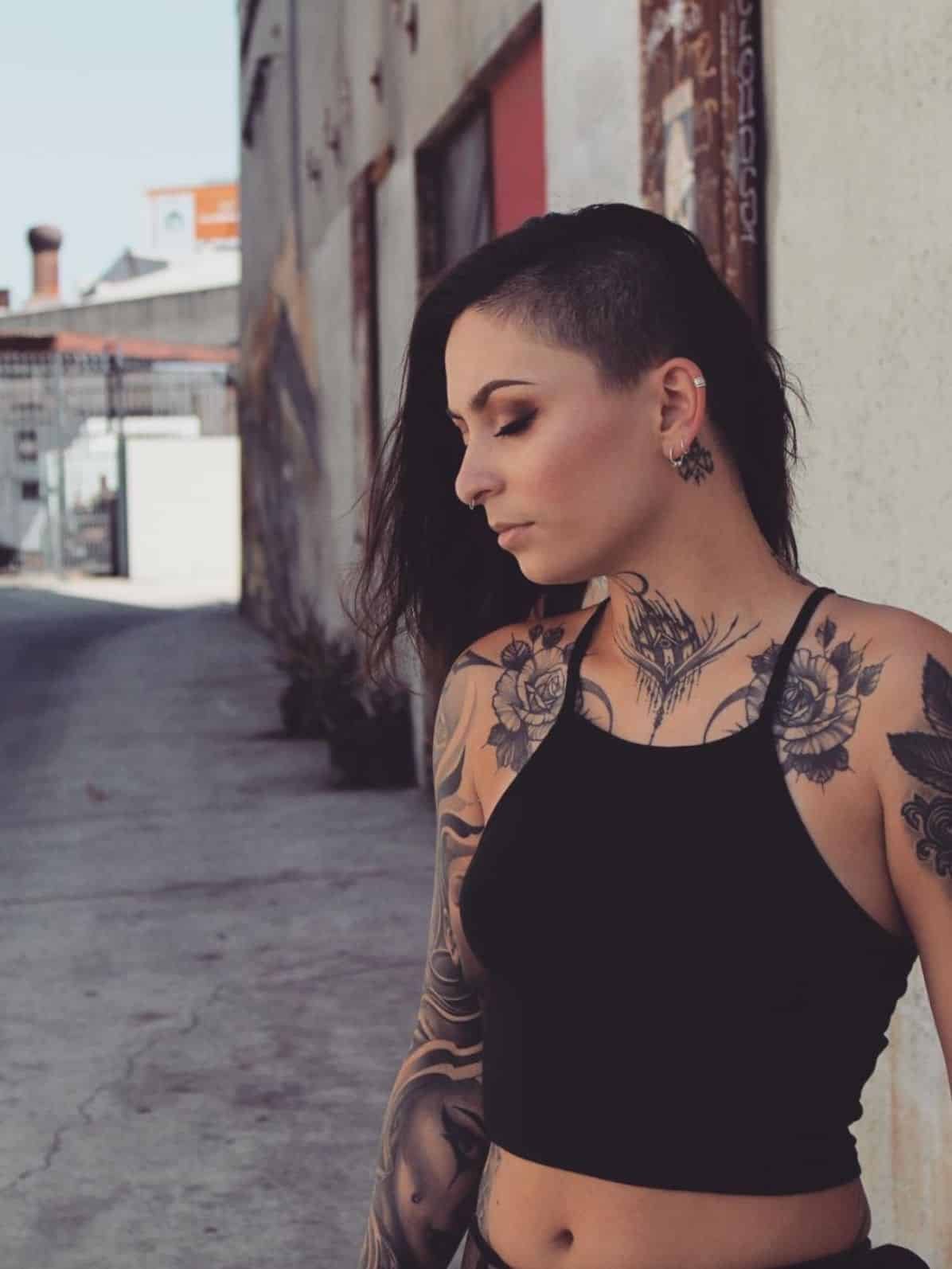 Angel Rose 1st attended the show in Season 11 and ended up in 11th place. She returned in Season 13 and took her revenge by being a finalist. She is now back for the newest season. She comes from Hawaii and is 27 years old. As seen on her Instagram, Rose is dating a woman whose name is unknown. 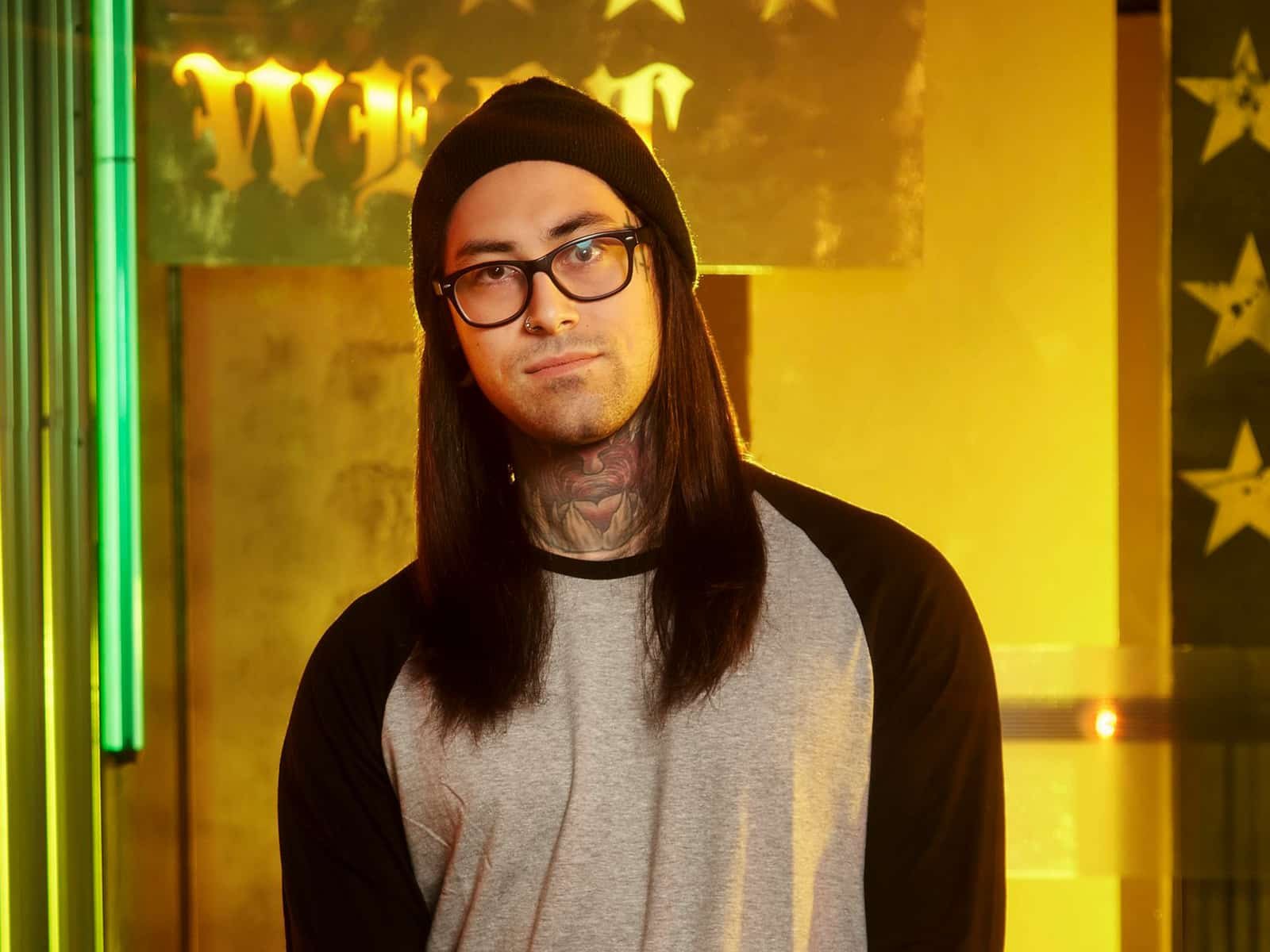 Bob Jones is another contender for Ink Master Season 14. He was also a finalist in the previous season. Jones is 29 years old and only shares his work on his social media accounts. We don’t know if he has a special person in his life. He is based in Portland, Oregon. 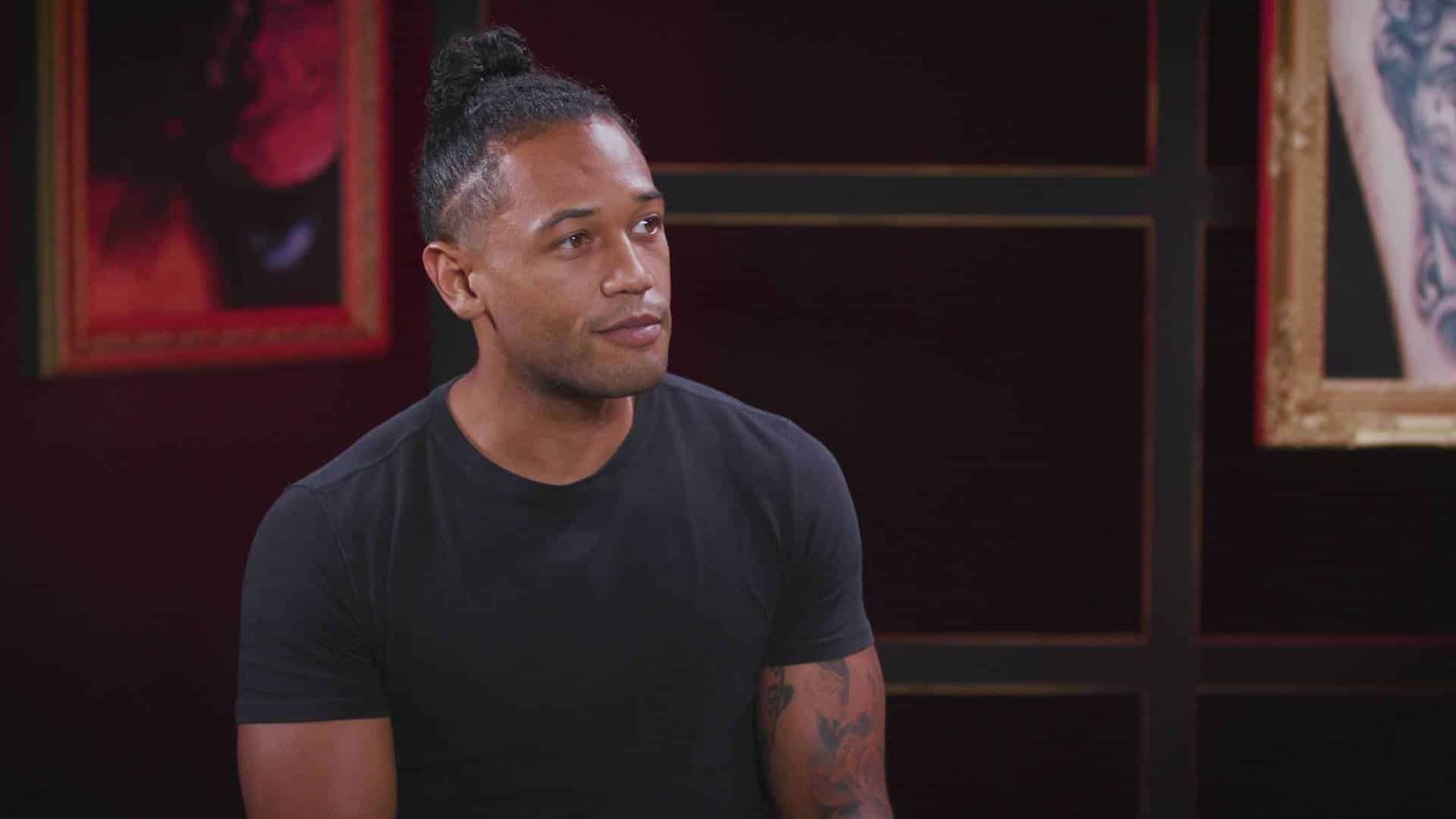 Chris Shockley, as mentioned above, is already eliminated from the show. In Season 11, he ended up in 6th place. The tattoo artist is 30 years old. Shockley, too is pretty secretive about his dating life and doesn’t share much about it on his social media. He is from New Jersey, but he is a traveling artist. 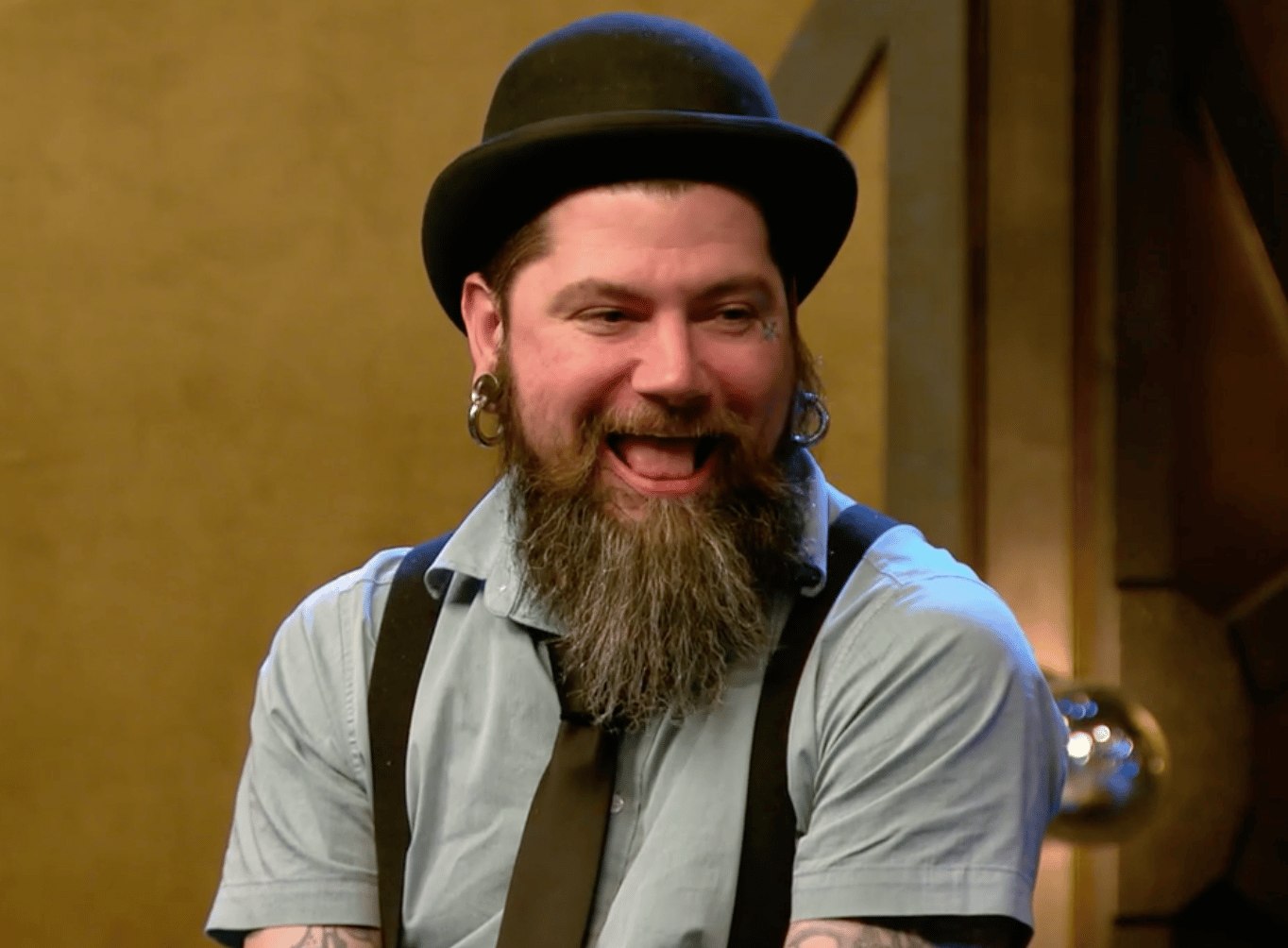 Another Ink Master Season 14 cast member is Creepy Jason, who won 3rd place in Season 12 of the reality series. Jason is 41 years old. He was married to a woman named Nicole, but the couple separated, with Jason getting custody of their son. In 2020, Jason’s ex-wife passed away. He doesn’t seem to be in a romantic relationship at the moment. He is based in Hampstead, Maryland. 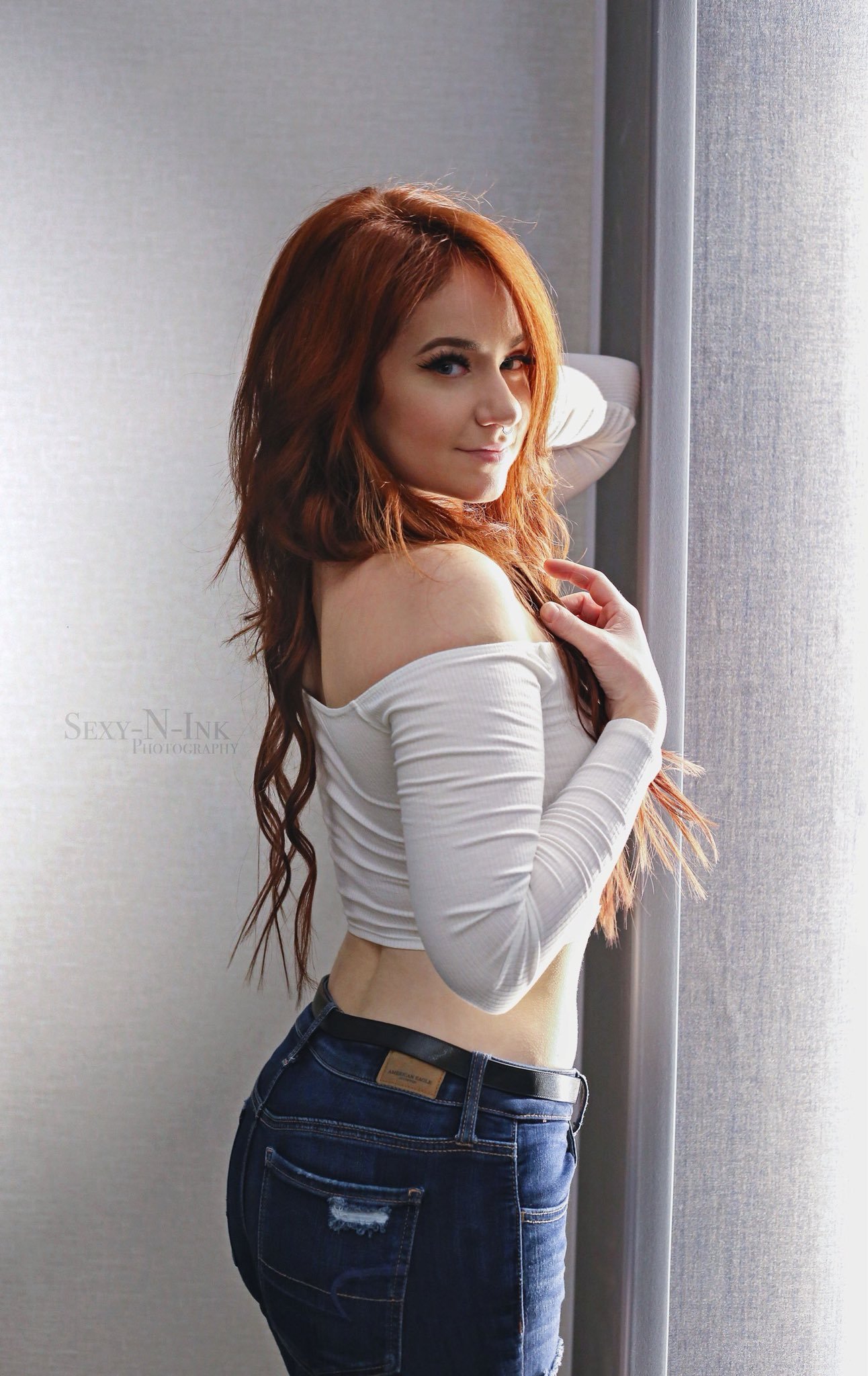 Deanna James is another contestant who already failed in Season 14. James is 29 years old. She is married to Colton James, who shares many cute photos with his wife. She is based in Dallas, Texas.

You may also be interested in 6 Netflix Shows Similar to Bullsh*t the Gameshow – The best Netflix Game Shows Ever! 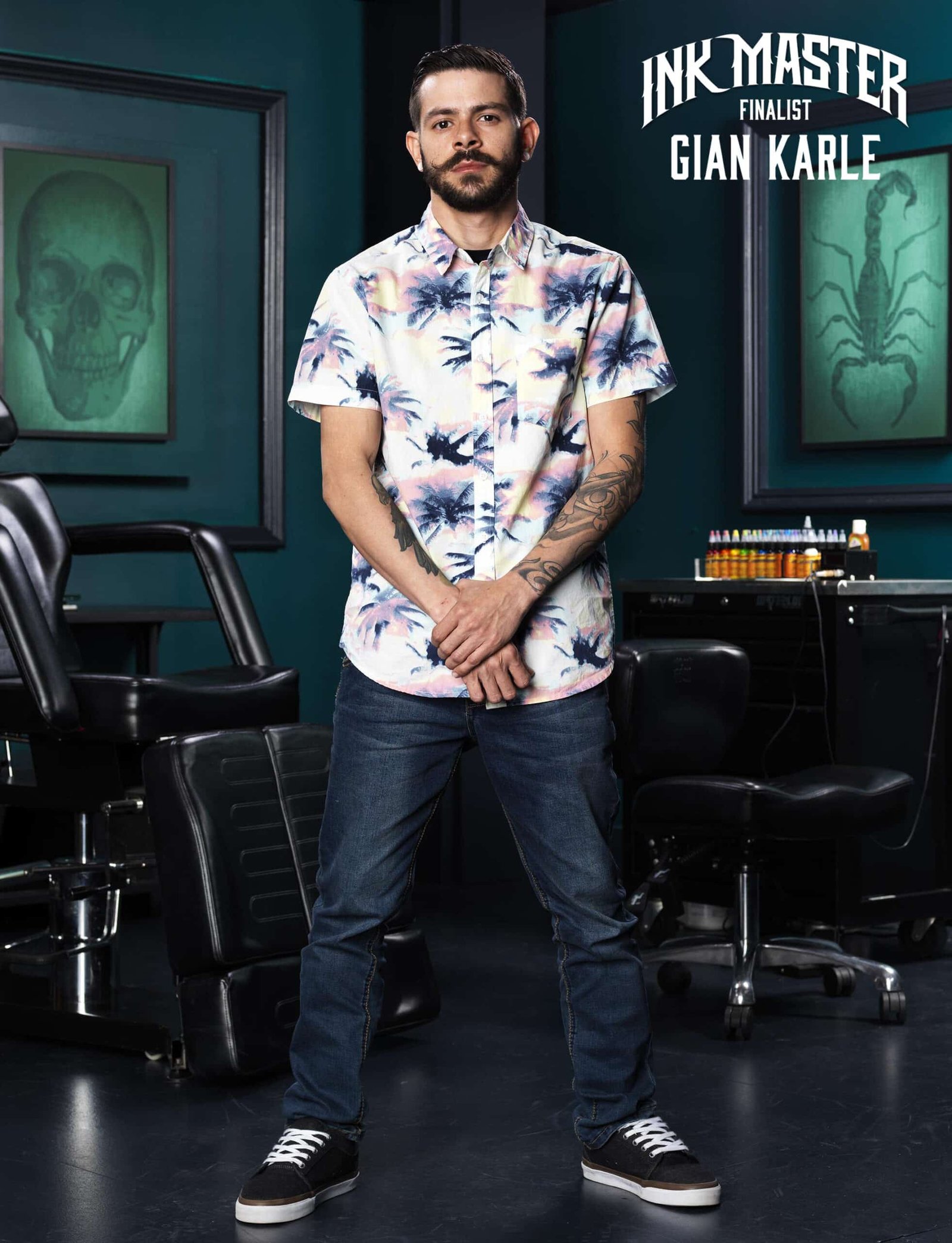 Gian Karle (Cruz) was a runner-up in the 8th Season of Ink Master. He is now trying again. Karle is 36 years old. He has been married to Zaimeé Esteves since 2014. He is from the Island of Puerto Rico and is based in Boston. Hiram Casas ended up in 5th place in Season 13. He is 24 years old and is Cuban, but he is based in Las Vegas. He is married to a woman named Elsa. 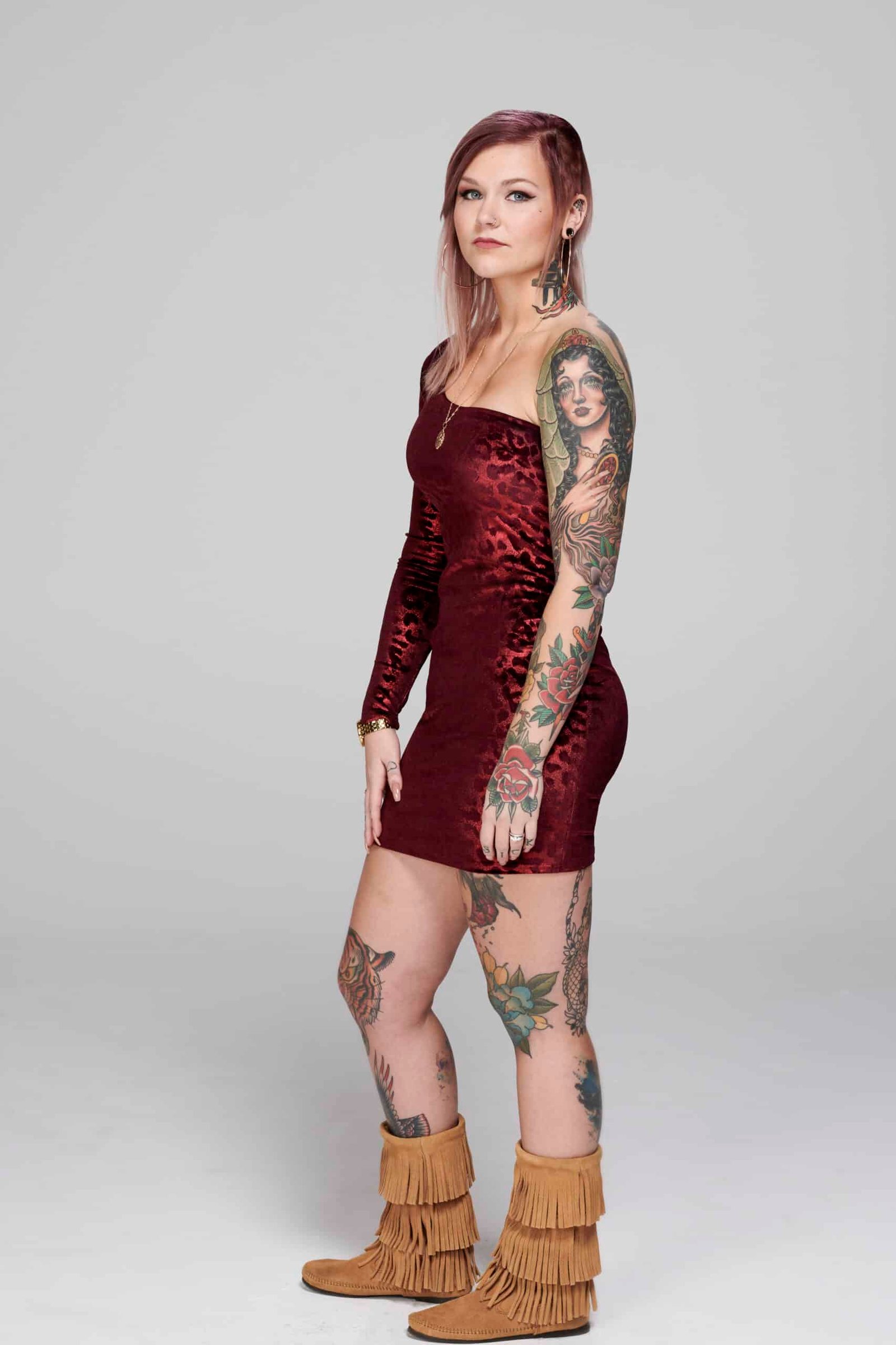 Another contestant for Ink Master Season 14 is Holli Marie, who was in 7th place in Season 12. She was born and is based in Connecticut. She is 27 years old. In 2018, Marie married a man named Alexander. 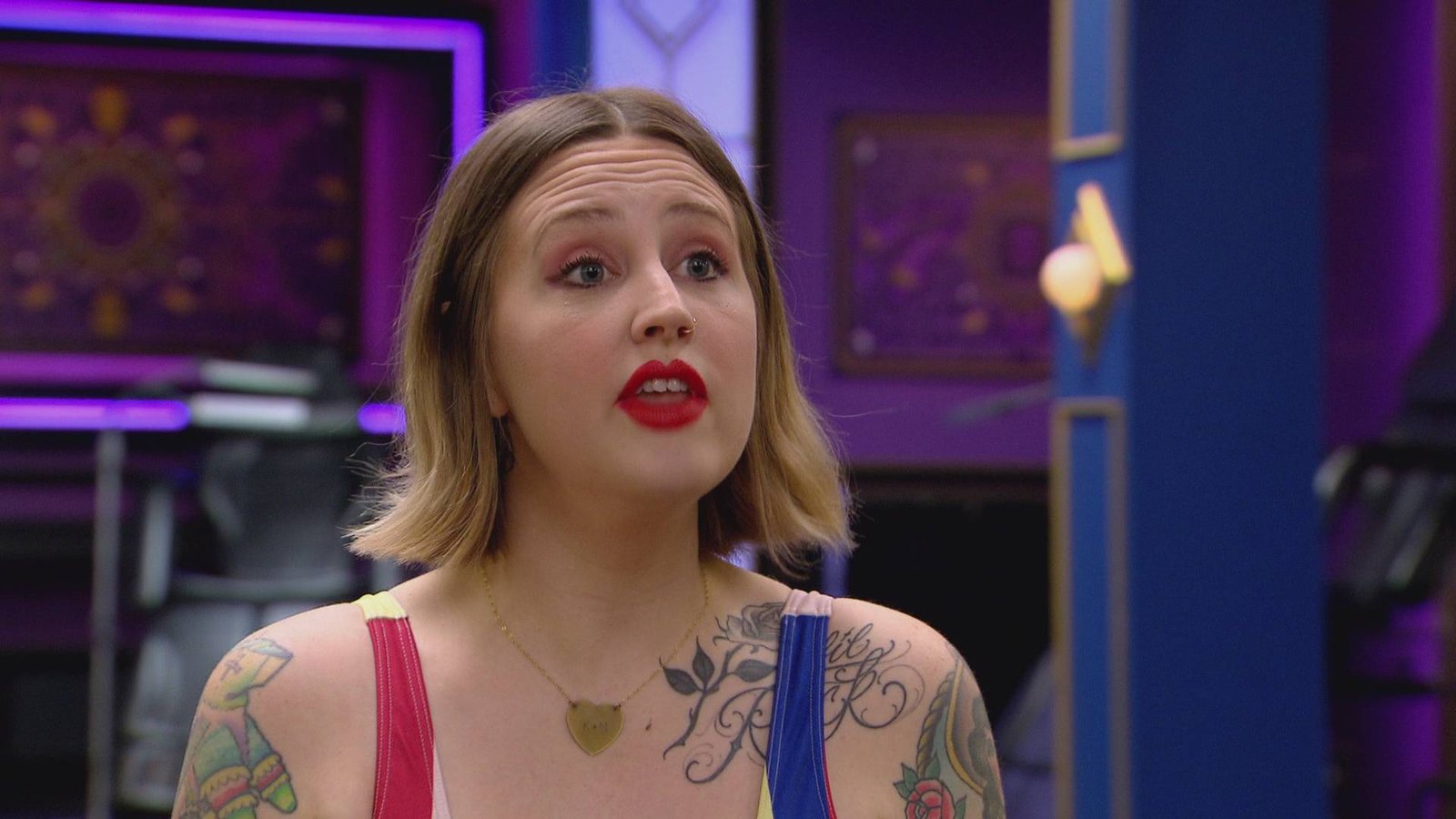 Katie McGowan is one of the most popular contestants on the show. She participated 2 times but could not take the grand prize. She was in 8th place in Season 6, but in Season 9, she managed to be the runner-up. She is known for losing a lot of weight in the last few years. The 36-year-old is married and has a child, as seen in this photo. She is based in Sherwood, Arkansas. 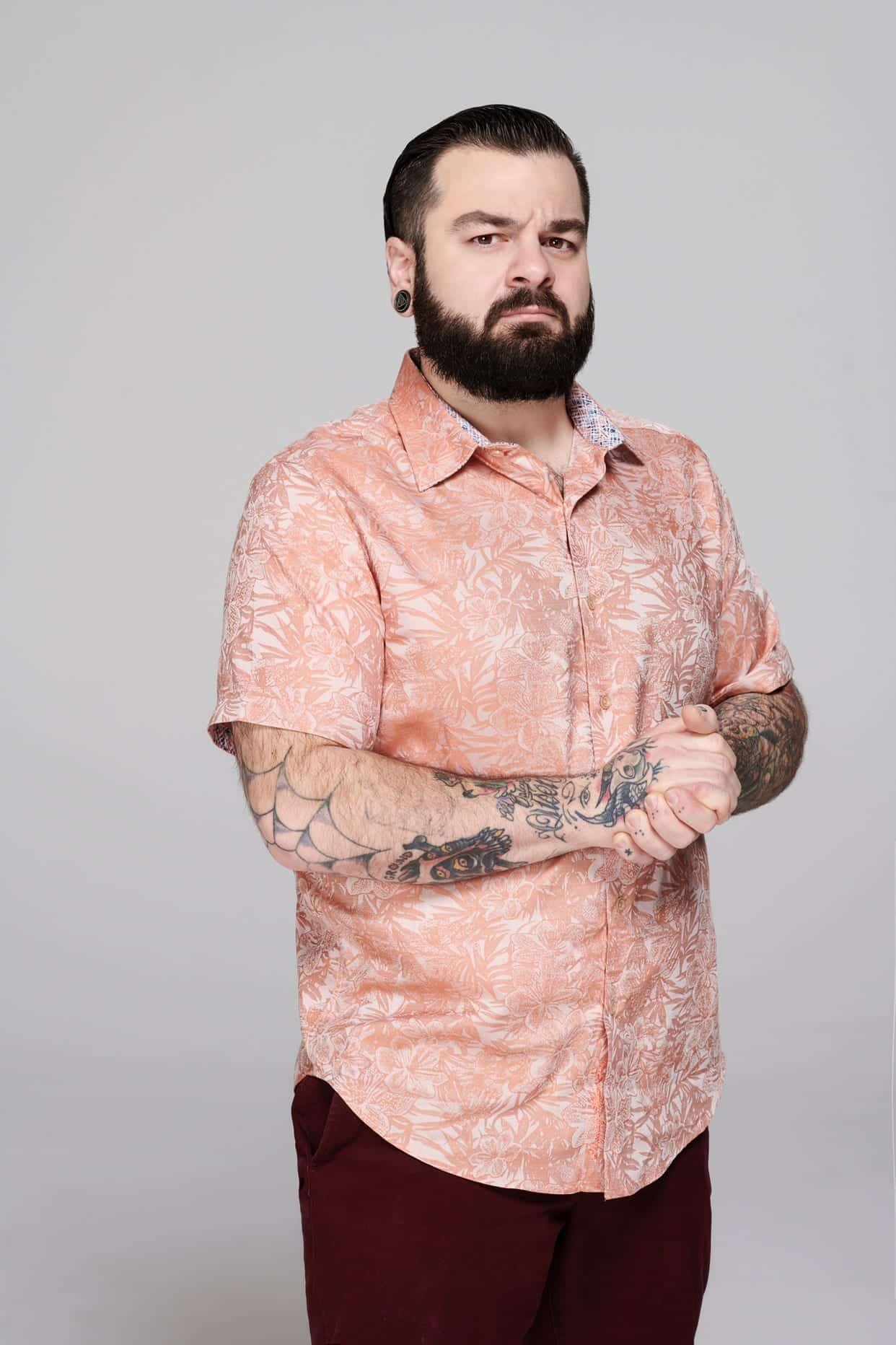 The last Ink Master Season 14 cast member is Pon (DeMan), who ended up in 5th place in Season 12. He has been in the tattoo business since 1999, but his real age remains unknown. It is also uncertain whether he has someone special in his life. Pon is based in New York.

Also, read Is Selling the OC Better Than Selling Sunset? – Choose Your Side!