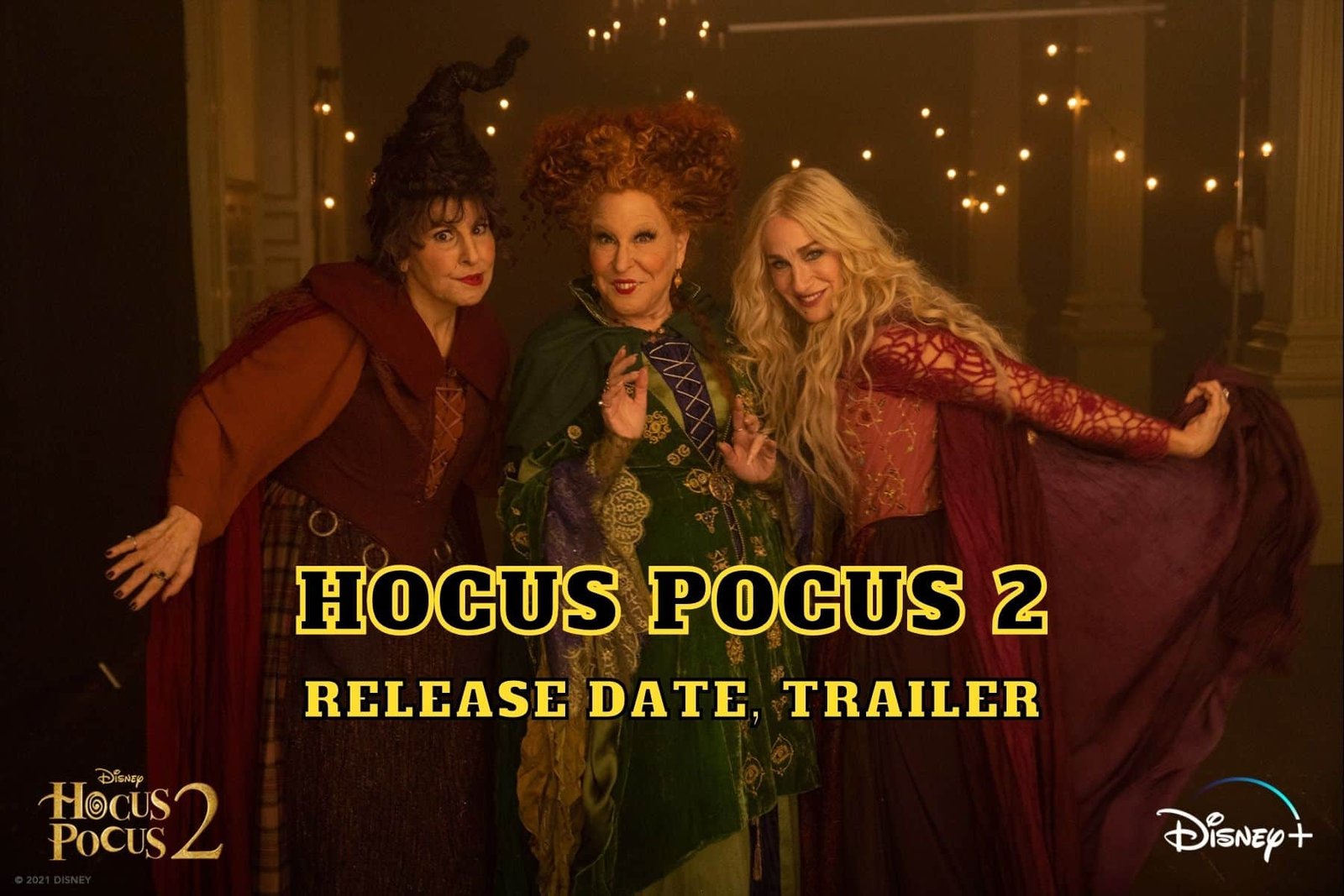 Almost 30 years after the original Hocus Pocus movie, we finally heard some news about Hocus Pocus 2. Even more exciting is that Bettle Middler, Sarah Jessica Parker, and Kathy Najimy are all reprising their roles from the 1993 movie. As you remember, the sequel was confirmed 3 years ago, and 2 years later, in 2021, we learned that Jen D’Angelo (writer for Young Rock and Workaholics) wrote the script and Anne Fletcher (director of movies like The Guilt Trip, Hot Pursuit, and Dumplin’) was directing it.

Now it is time to talk about where the sequel is at in terms of its release date and trailer. Here is everything we know about Hocus Pocus 2. 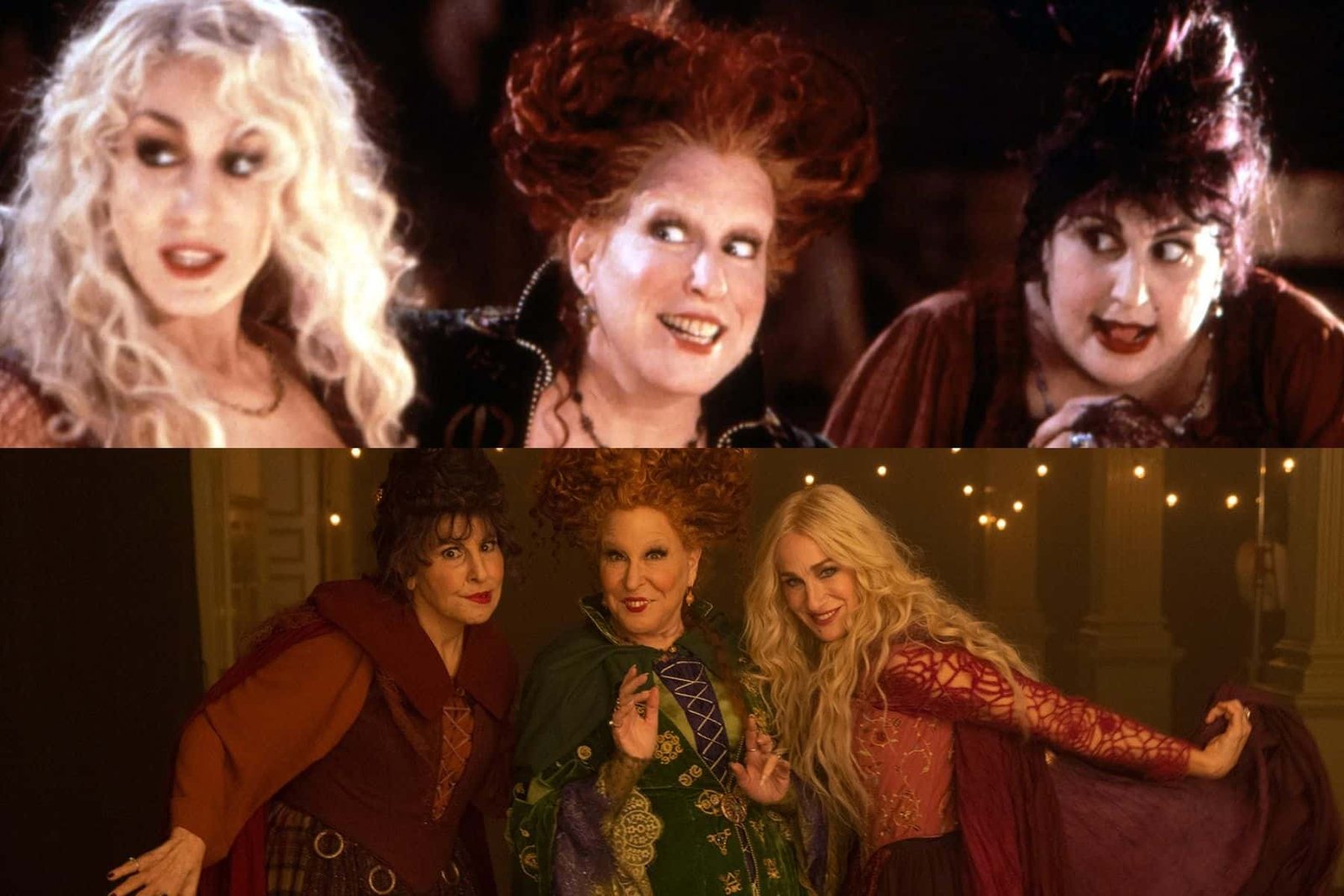 The production for the sequel began in October 2021, and it took place in Rhode Island. The filming lasted until January 2022. Surprisingly, after 2 test screenings, the movie was criticized for its weak ending, so last month, reshoots were done in New York. However, the Hocus Pocus 2 release date was announced by Disney on May 17, with an official photo from the movie showing the 3 legendary characters side by side. The official release date for the anticipated sequel will be September 30, 2022. It will be available to watch on Disney’s streaming service Disney+.

You may also be interested in Disney Zombies 3 Release Date, Trailer – Is it canceled?

Nearly 2 months after releasing an official photo from the movie, Disney now shared the Hocus Pocus 2 trailer with us. Although it is short (1.21 minutes) and barely shows anything, it is still worth talking about.

If you remember, at the end of the original Hocus Pocus movie, all the Sanderson Sisters died, so when a sequel was announced, everyone wondered how the sisters would return. Well, the trailer focuses precisely on that and shows us the resurrection of the Sanderson Sisters. The trailer 1st introduces us to high school students, and 2 of them, Becca (Whitney Peak) and Izzy (Belissa Escobedo) perform a ritual on the night of Becca’s 16th birthday party.

As a man from the magic shop tells the girls, a legend says that a witch gains power on her 16th birthday, so the teenagers’ ritual work, but the Sanderson Sisters are accidentally revived. The end of the trailer then shows the 3 sisters waiting to enter a festival where a man tells them he bets they are looking for the stage. Winnie (Bette Middler) answers with a simple but memorable line, “Always.”

Unfortunately, the Hocus Pocus 2 trailer ends there, but we are sure we will get another trailer, this time longer, in a few weeks since there is still some time for the movie to come out.

What is the plot of the second Hocus Pocus movie? What is the plot of the second Hocus Pocus movie?

As seen from the trailer, the plot of the 2nd movie will focus on 3 teenagers who accidentally bring back the Sanderson Sisters. After the trio of witches is resurrected, the 3 young women will band together to stop the child-hungry witches. That’s pretty much what is known about the plot of the sequel. At least we know who plays the characters in question. As we mentioned, the Sanderson Sisters (Winnie, Sarah, and Mary) will be portrayed by the original actresses who played them.

The 3 young women are played by Whitney Peak, Lilia Buckingham, and Belissa Escobedo. You may already recognize Peak from her role in the Gossip Girl reboot (2021- ), where she plays Zoya Lott. On the other hand, Buckingham is usually known for taking part in web series where she plays the same character, Autumn Miller. A few of these series include Chicken Girls (2018), Total Eclipse (2018-2019), and Zoe Valentine (2019- ).

Lastly, Escobedo is known for The Baker and the Beauty (2020), American Horror Stories (2021), and Sex Appeal (2022). We’re sure these young actors will bring their A games since they are playing alongside 3 legendary Hollywood actresses.