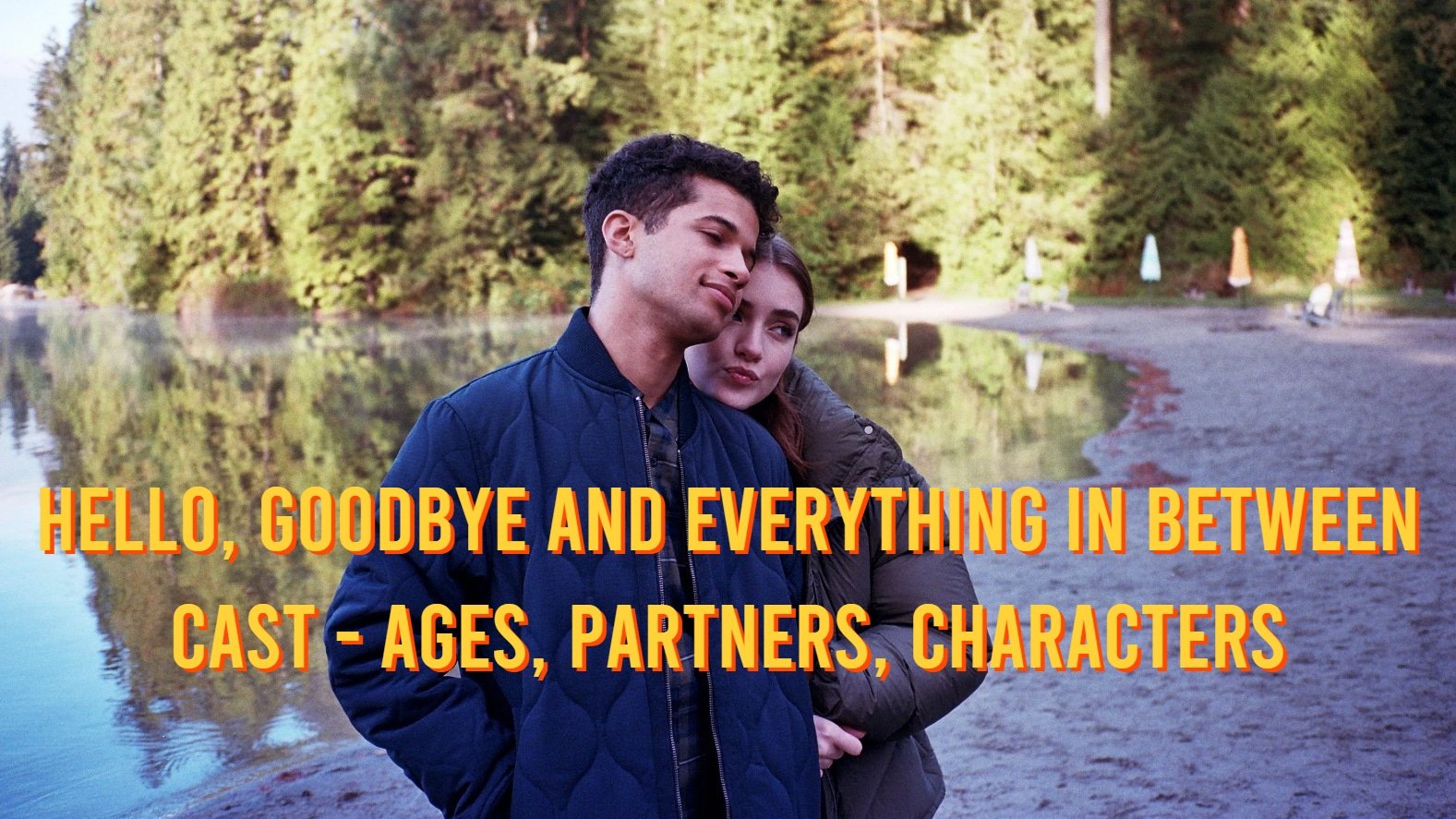 Hello Goodbye and Everything in Between Cast - Ages, Partners, Characters

A 2022 American drama film titled “Hello, Goodbye, and Everything In Between” is directed by Michael Lewen in his feature film debut. Ben York Jones and Amy Reed wrote the screenplay. It is based on Jennifer E. Smith’s book of the same name. Ayo Edebiri, Jordan Fisher, and Talia Ryder are the main actors. Netflix premiered the movie on July 6, 2022.

Clare, a high school senior who recently moved back to a west coast town, meets Aiden at a Halloween party. Feeling the spark between them, Clare declares she does not want a boyfriend. Aiden proposes a breakup pact: if they are still together through the end of next summer, they go their separate ways after an epic last date.

Let’s learn a little bit more about the actors. We can feel more connected to this movie in this way.

Also, check out: True Story Behind Girl In The Picture – Did Netflix Tell The Truth?

Talia Ryder, an American actor for theater and screen, was born on August 16, 2002. Her breakthrough performance as Hortensia in the Broadway production of Matilda the Musical occurred in 2015.

In the 2020 independent film Never Rarely Sometimes Always, which aired at the Sundance Film Festival, she played Skylar opposite, Sidney Flanigan. She also had a leading part as Clare in the movie Hello, Goodbye, and Everything in Between (2022). 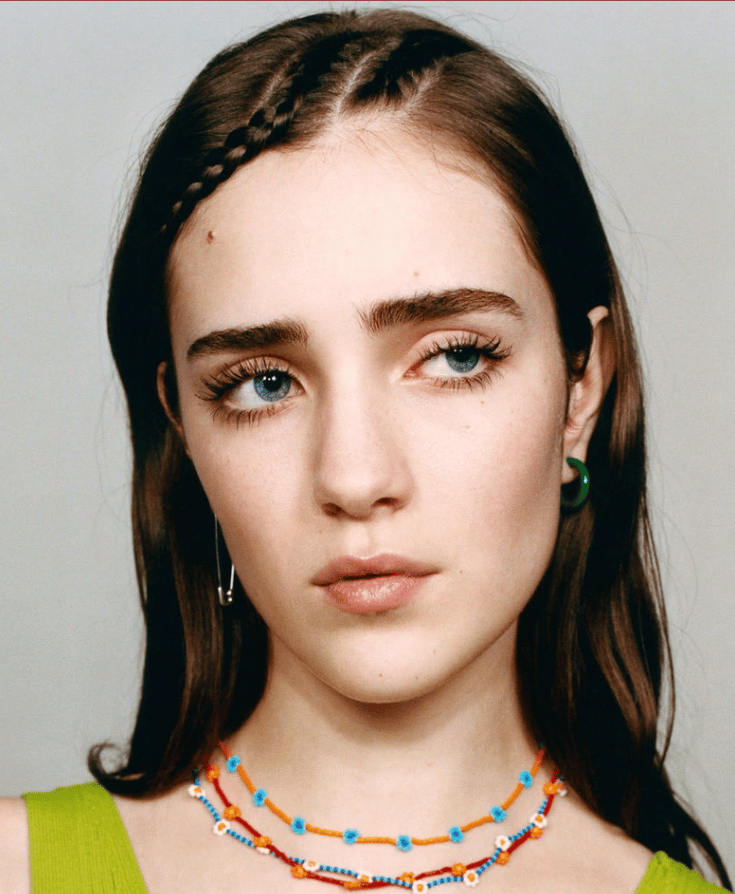 Talia Ryder – Hello Goodbye and Everything in Between

Jordan William Fisher, an American actor, singer, dancer, gamer, and musician, was born on April 24, 1994. He made regular appearances on television programs, including The Secret Life of the American Teenager in 2012 and Liv and Maddie from 2015 to 2017, to establish his acting career. Additionally, he starred in Rent: Live and appeared in the television movies Teen Beach Movie (2013), Teen Beach 2 (2015), and Grease Live (2016).

Fisher and his partner Lindsay Arnold won dancing with the Stars’ 25th season (2017). In the years that followed, he presented Dancing with the Stars: Juniors and provided commentary for the 2019 Fortnite World Cup. His self-titled EP as a vocalist was made available by Hollywood Records in 2016. 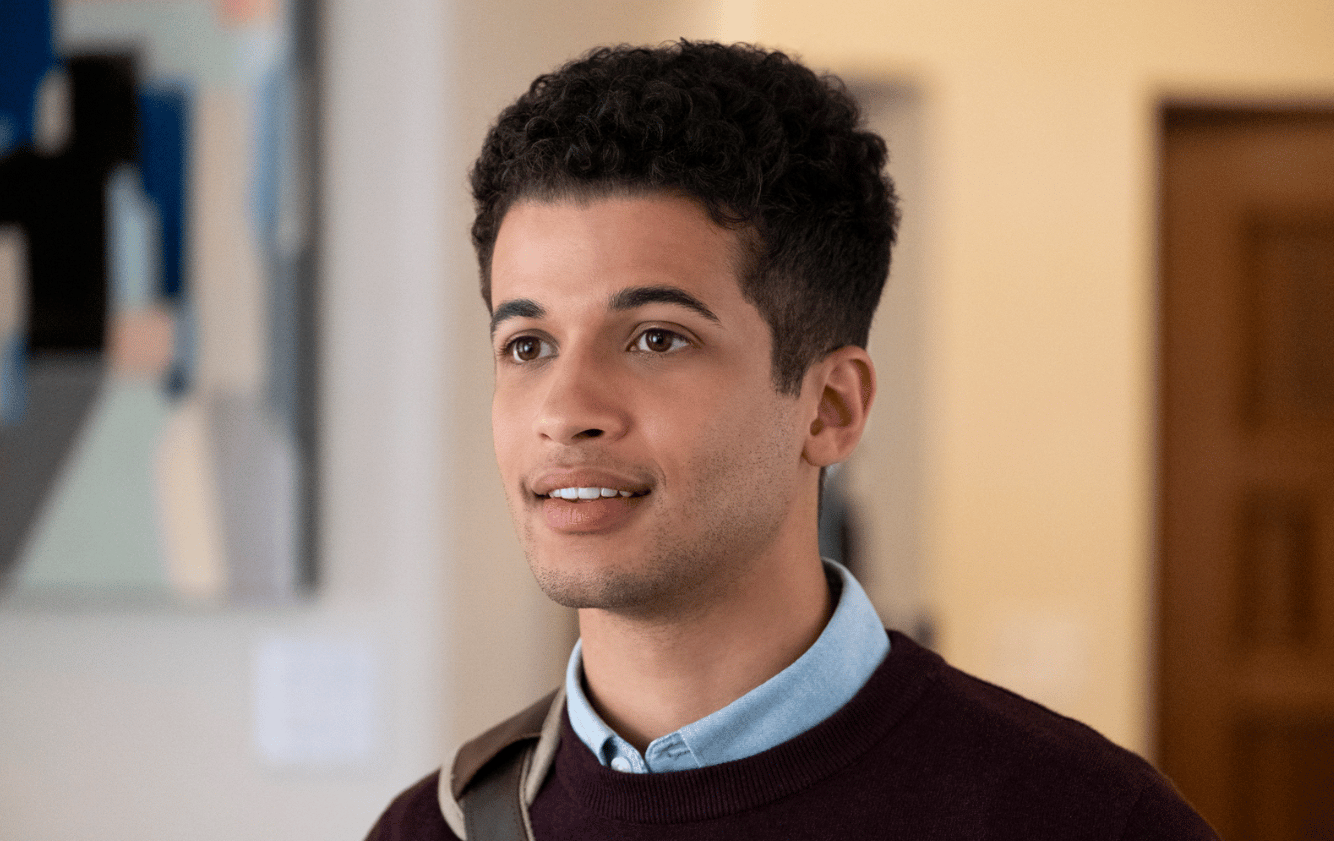 Jordan Fisher- Hello Goodbye and Everything in Between

Nico Hiraga, an American actor and skateboarder, was born on December 19, 1997. He is well recognized for his roles as Tanner in the 2019 movie Booksmart and Seth in the 2021 movie Moxie. Along with these films, Hiraga has appeared in North Hollywood, Skate Kitchen, Summer of 17, and Ballers. The forthcoming movie Hello, Goodbye, and Everything in Between and the upcoming Amazon series The Power will include Hiraga. 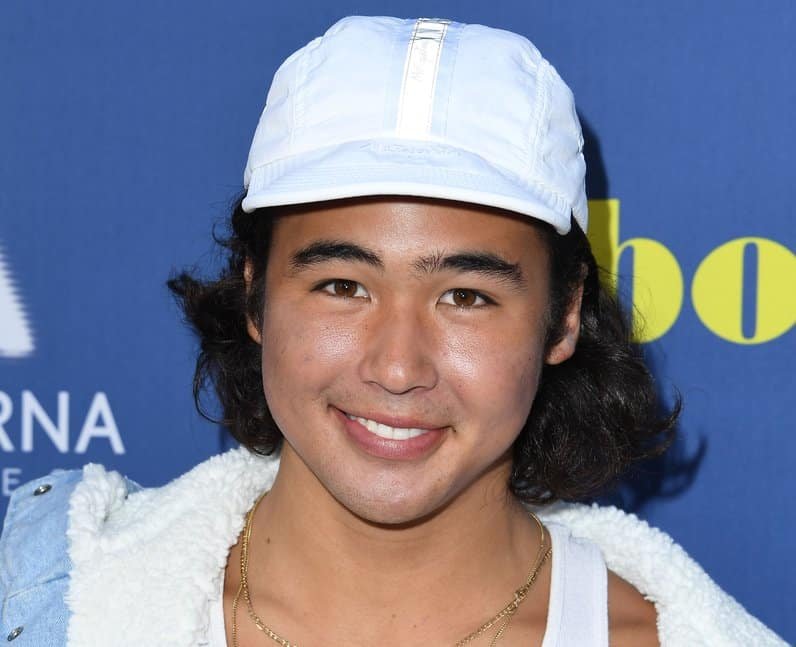 Nico Hiraga- Hello Goodbye and Everything in Between

Ayo Edebiri, an American comedian, writer, producer, and actor, was born on October 3, 1995. Along with Olivia Craighead, she co-hosted the podcast Iconography and had an appearance on Comedy Central’s Up Next. Edebiri is a prominent cast member on The Bear and joined the cast of Big Mouth in the 4th season.

Edebiri was nurtured in a Pentecostal religious home after being born in Boston. Her father traveled from Nigeria, while her mother came from Barbados. She originally developed an interest in humor during theatre class in the seventh grade and later joined the improv group at Boston Latin School.

Edebiri studied education at New York University, where she graduated with a bachelor’s degree. She began putting together her comedic career plan as a junior in college and interned at Upright Citizens Brigade. 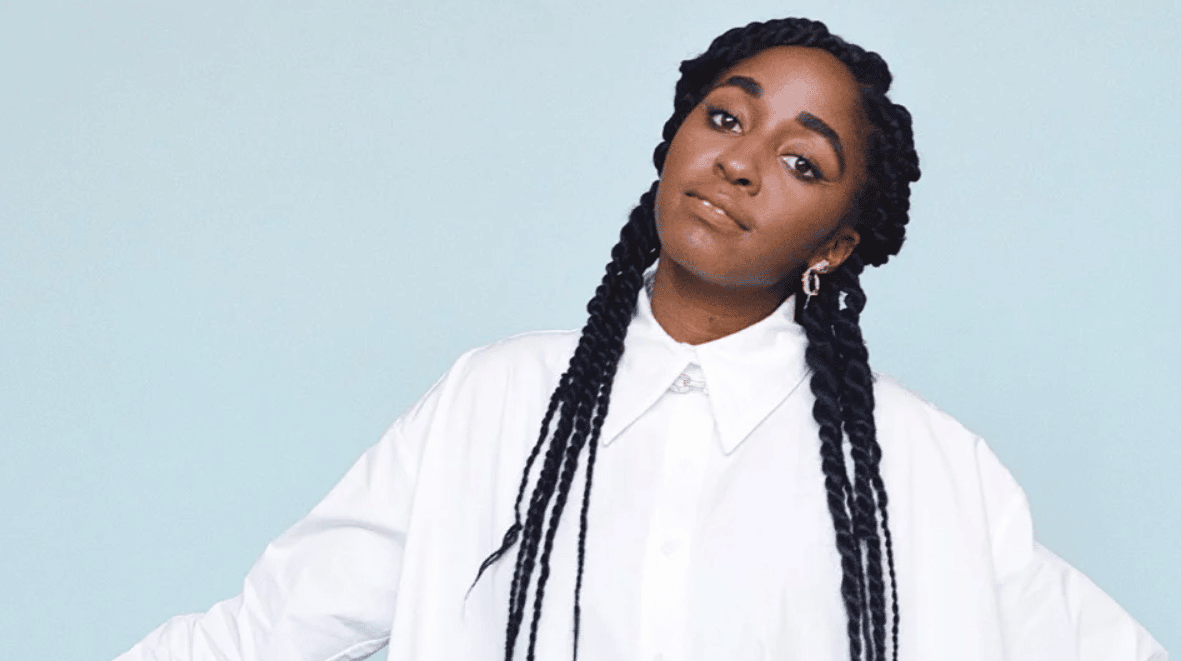 Ayo Edebiri – Hello Goodbye and Everything in Between

Sarah Grey, a Canadian actress, was born on May 19, 1996. She is well-known for playing the female protagonist, Alyssa, in the Netflix drama series The Order.

Grey has played teenage Norma Bates in programs such as Almost Human and Bates Motel. Her first film role occurred in 2013 when she played Julia Beals, Jennifer Beals’ daughter. In August 2016, Grey was announced as portraying Courtney Whitmore/Stargirl in the 2nd season of The CW’s Legends of Tomorrow. 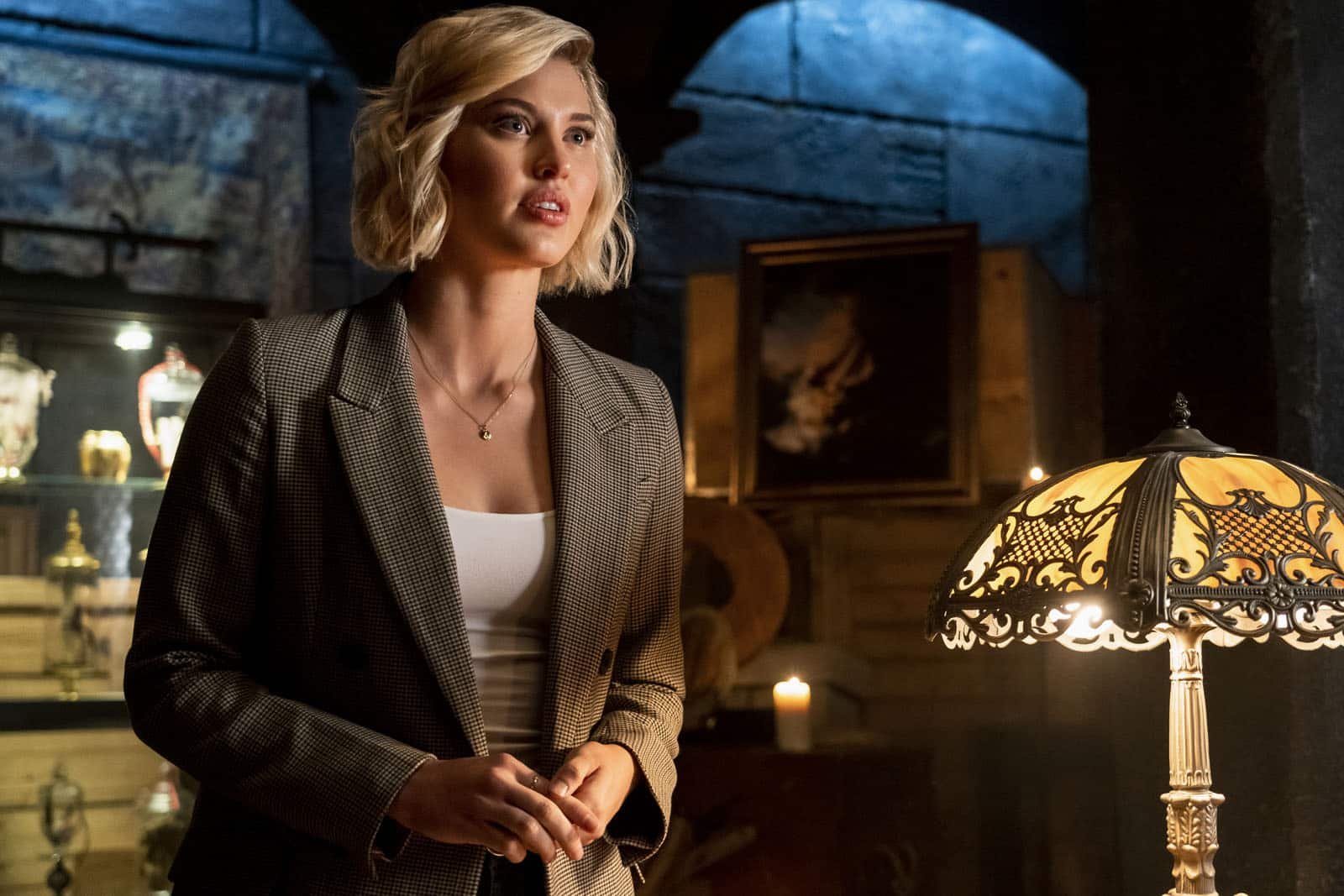 Sarah Grey – Hello Goodbye and Everything in Between

Jennifer Robertson is a Canadian actress, writer, and comedian born on November 24, 1971. She is most known for her portrayal of Jocelyn Schitt in the CBC Emmy Award-winning sitcom Schitt’s Creek (2015-2020), for which she received two Screen Actors Guild Awards (one of which she won) and four Canadian Screen Awards. 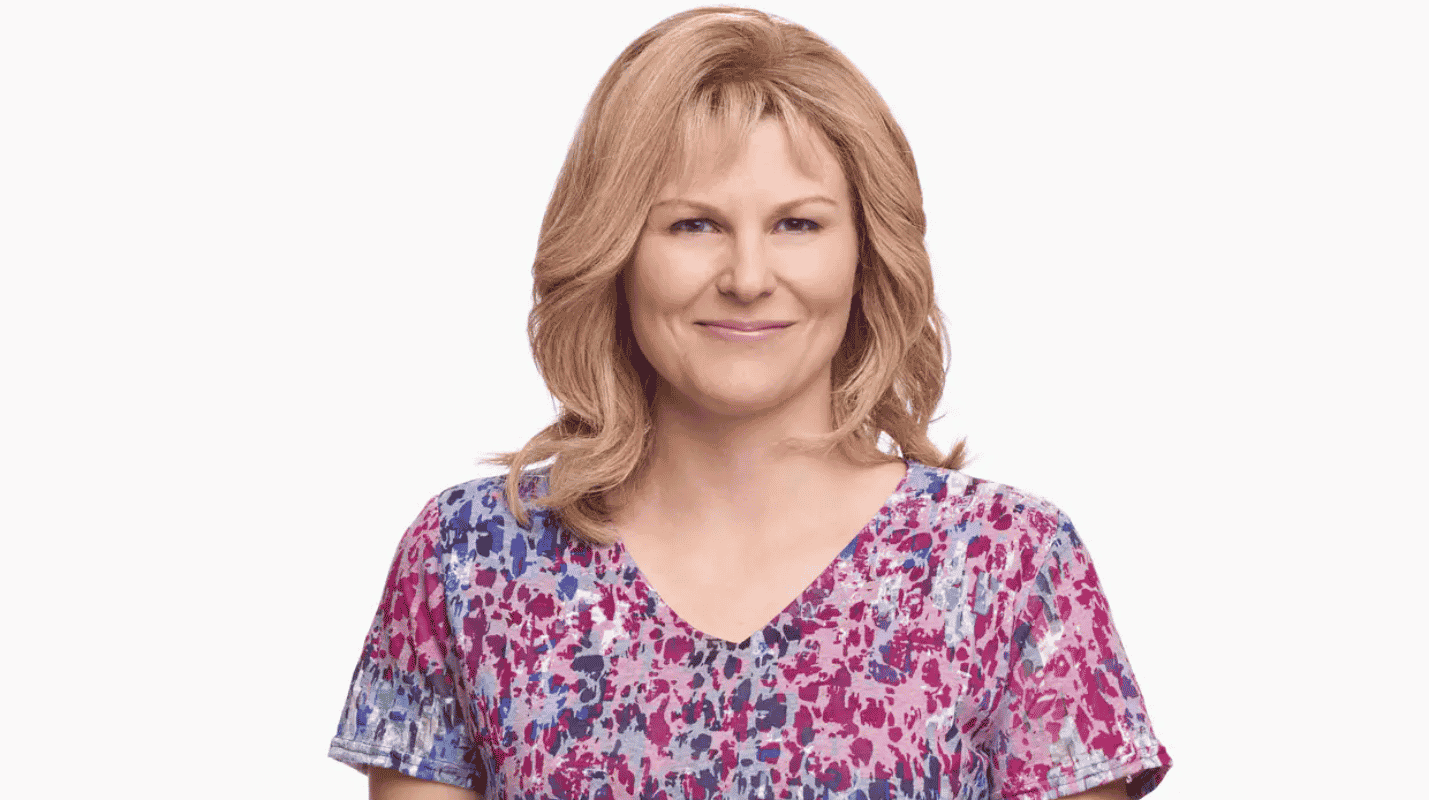 Jennifer Robertson – Hello Goodbye and Everything in Between

We highly recommend checking out: Stephen King’s The Mist Book Vs The Movie – Which Is Better?

Share 0
In this article:hello goodbye and everything in between