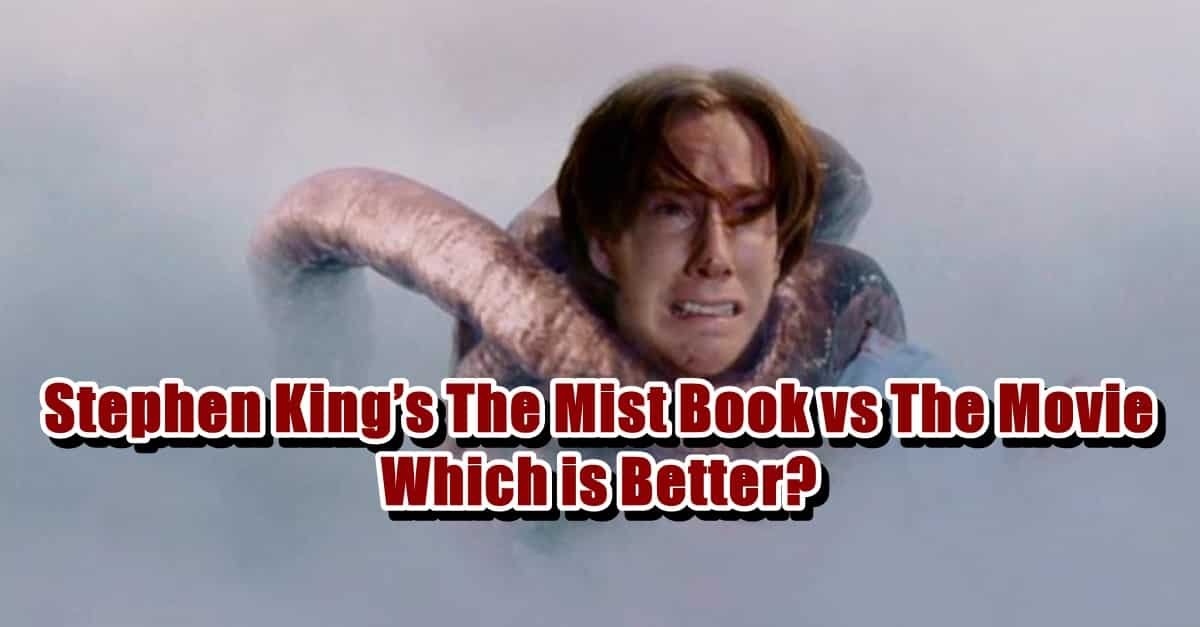 What are the differences between The Mist Book vs The Movie? Stephen King’s books not only terrified the crap out of the readers but also regularly caused them nightmares. One thing truly irritated them about his writing was the things he never explained. Consider the short stories “The Raft” and “Grey Matter”, in these ones people perish and you never learn why: however, Stephen King’s The Mist feels more refined.

We don’t always receive answers in life and we don’t always have the viewpoint or exposure to them as sometimes we simply have to make do with what we have, and The Mist is another of King’s favorites in which things just happen for no apparent reason, and for that reason, people found it frightening. 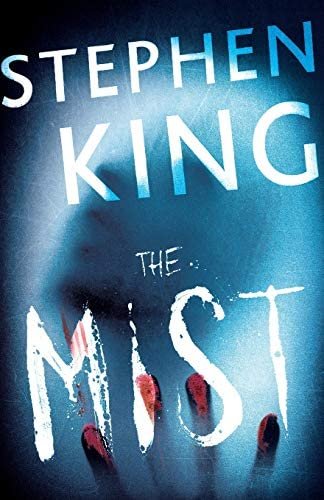 Differences Between The Mist Book vs. The Mist Movie

The first difference between The Mist Book vs The Movie is that the movie jumps right into the action, but we did not have that in the book. One of the things the readers appreciate best about King is his description of actual life. Most of Stephen King stories involve normal people dealing with abnormal circumstances, but there is a lot to talk about before the events. The movie did not have that for obvious reasons, and we found ourselves directly in the center of the action. 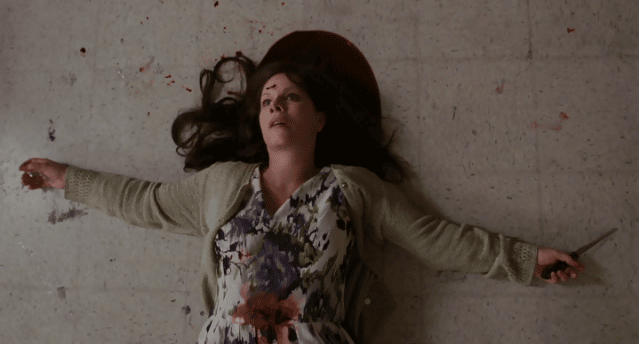 Another difference between The Mist Book vs The Movie is Mrs. Carmody is treated in the film differently than she is in the novel. What was liked best about The Mist is that the plot is more about humans than monsters as it’s about how quickly individuals become monsters when they feel imprisoned and when they are confronted with more than they can handle.

In the book, a group of people is stuck in a supermarket when a supernatural mist full of killer life forms. They become increasingly terrified and helpless, the local crazy, Mrs. Carmody, begins ranting about Armageddon and gets them so riled up that by the finish. In the end, they’re flawlessly willing to catch little Billy Drayton and turn him into a human sacrifice. Mrs. Carmody, on the other hand, was more dangerous and fierce in the novel than in the movie. 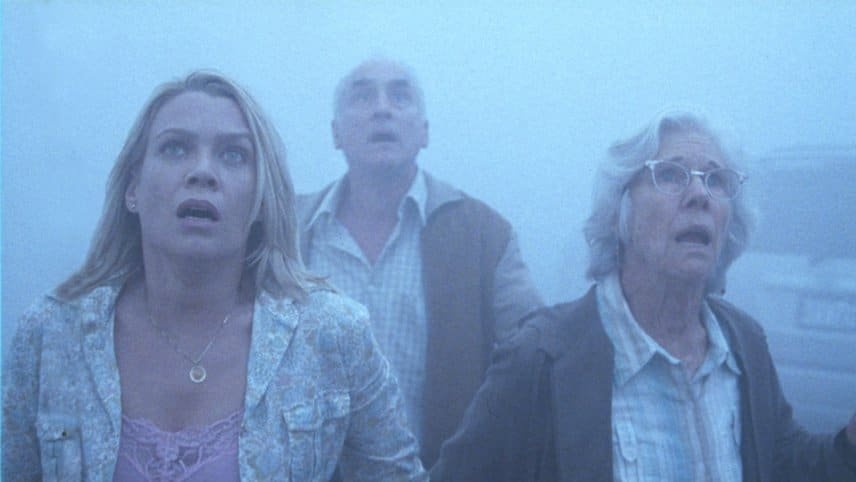 The film is different as it fills in the novella’s blanks, clarifying everything the novella left unexplained, and it’s never apparent where the mist and creatures originate from in the novella. In the book, Drayton has heard about nearby army research known as The Arrowhead Project, and it comes to mind whenever something goes wrong. When the mist settles, two soldiers from the Arrowhead Project’s military facility are in the store, and they sneak out and commit suicide. This was to prompt Drayton to believe the military is to blame.

Whereas in the film, a third soldier is taken and questioned at Mrs. Carmody’s instigation, and he tells what’s going on. The Arrowhead Project appears to have been experimenting with opening windows to various worlds and it’s the source of the abnormal events. These were the major differences between The Mist Book vs The Movie.

Similarities Between The Mist Book vs. The Mist Movie 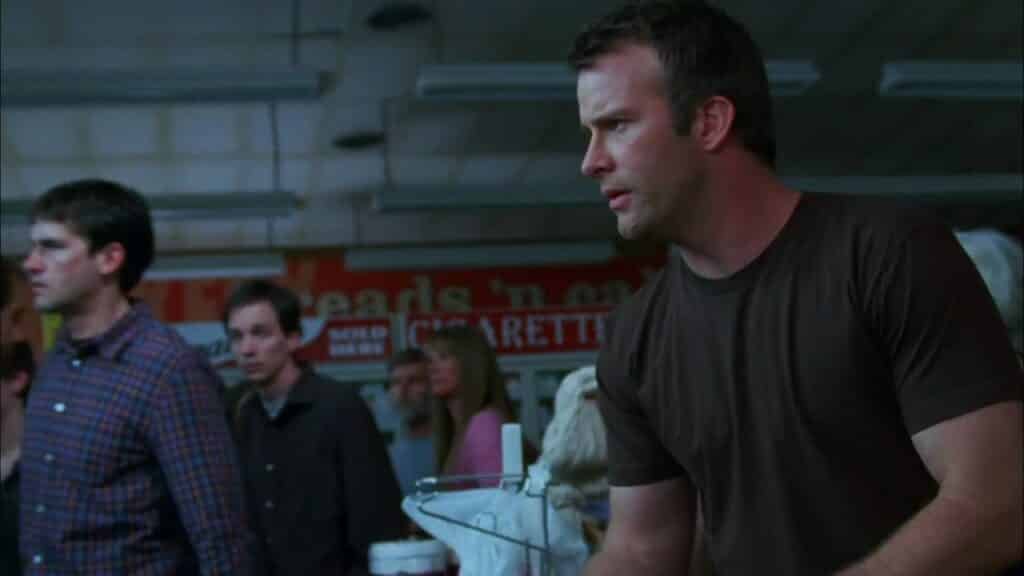 One of the most well-known aspects of both King’s original work and Darabont’s film was that it was set entirely in the town’s grocery store, but the ordinary scene becomes both scary and claustrophobic as both movie and book go on. However, in the end, one location was not enough for an entire film, so you will see different settings in the movie.

Is the Mist Book Better than the Mist movie? The book expands on the environment in which Drayton and his family live, and it also adds dimension to the personalities. It depicts David Drayton as a rather pleasant person under normal circumstances, as opposed to the movie.

The film mostly simply adds a visceral quality to the action that the text lacks as it’s difficult to script a battle scene or a sudden shock. We think both versions have a lot to offer and like, and it is up to the audiences and readers to decide which one is best.

Share 0
In this article:The Mist Book vs The Movie