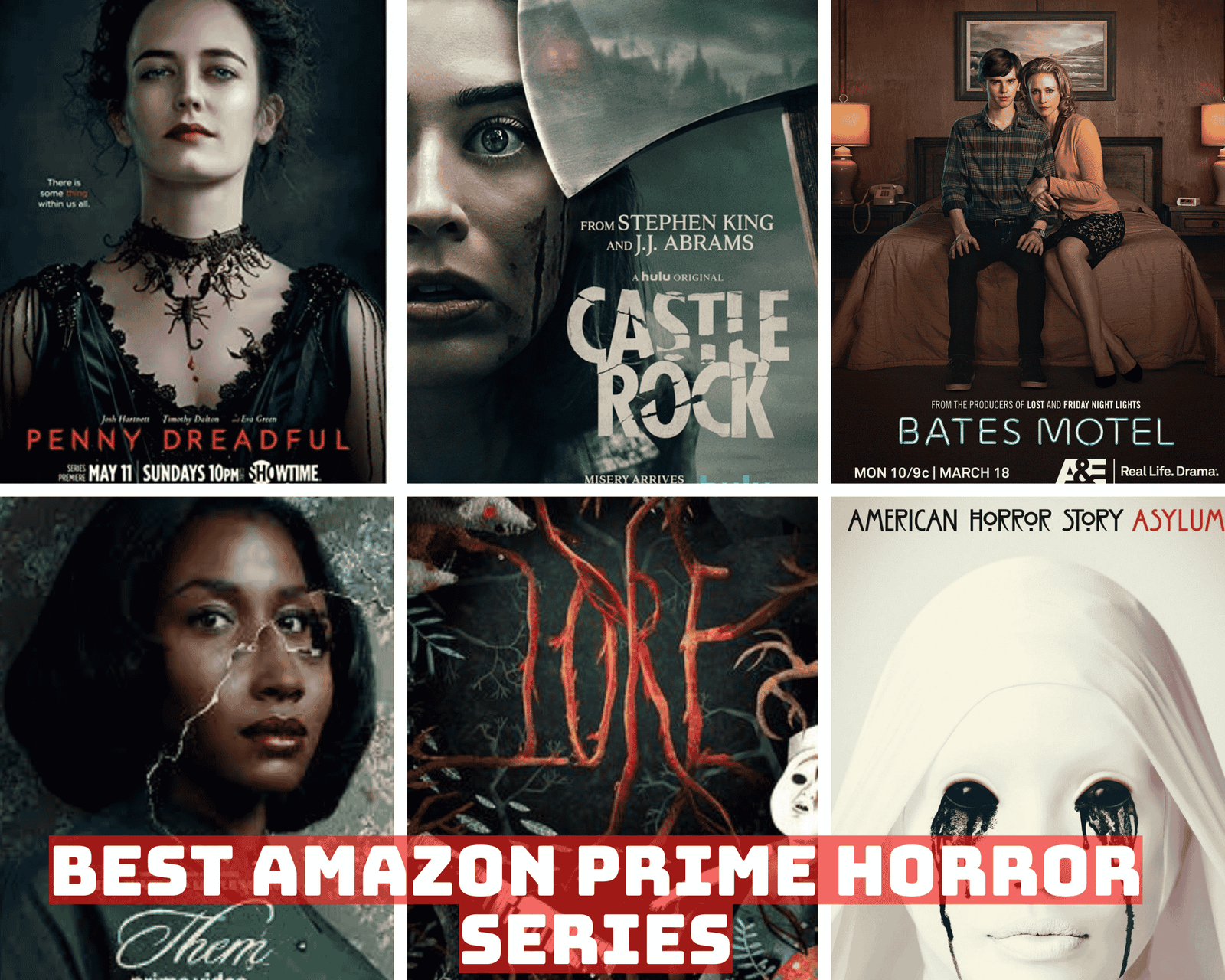 Want to be scared to death with the Amazon Prime horror series? If so, then keep reading this article, because we’ve listed the best horror series of all time on the streaming platform that you can watch in 2022. We have no doubt that you’ll love them all and will be frightened to death while watching them. If you are ready to be creeped out, keep scrolling!

The myth and legend that’s American Horror Story is the number one best Amazon Prime horror series of all time. First airing in 2011, the anthology series has been praised by both critics and viewers, won a slew of awards, and became the most-watched new cable series of 2011 with its first season. American Horror Story has 10 seasons to date, each featuring different characters and settings in the same fictional universe. The series stars numerous well-known actors and actresses, including Emma Roberts, Jessica Lange, Sarah Paulson, Lady Gaga and Kathy Bates, to name a few. It was renewed for another 3 seasons in 2020. 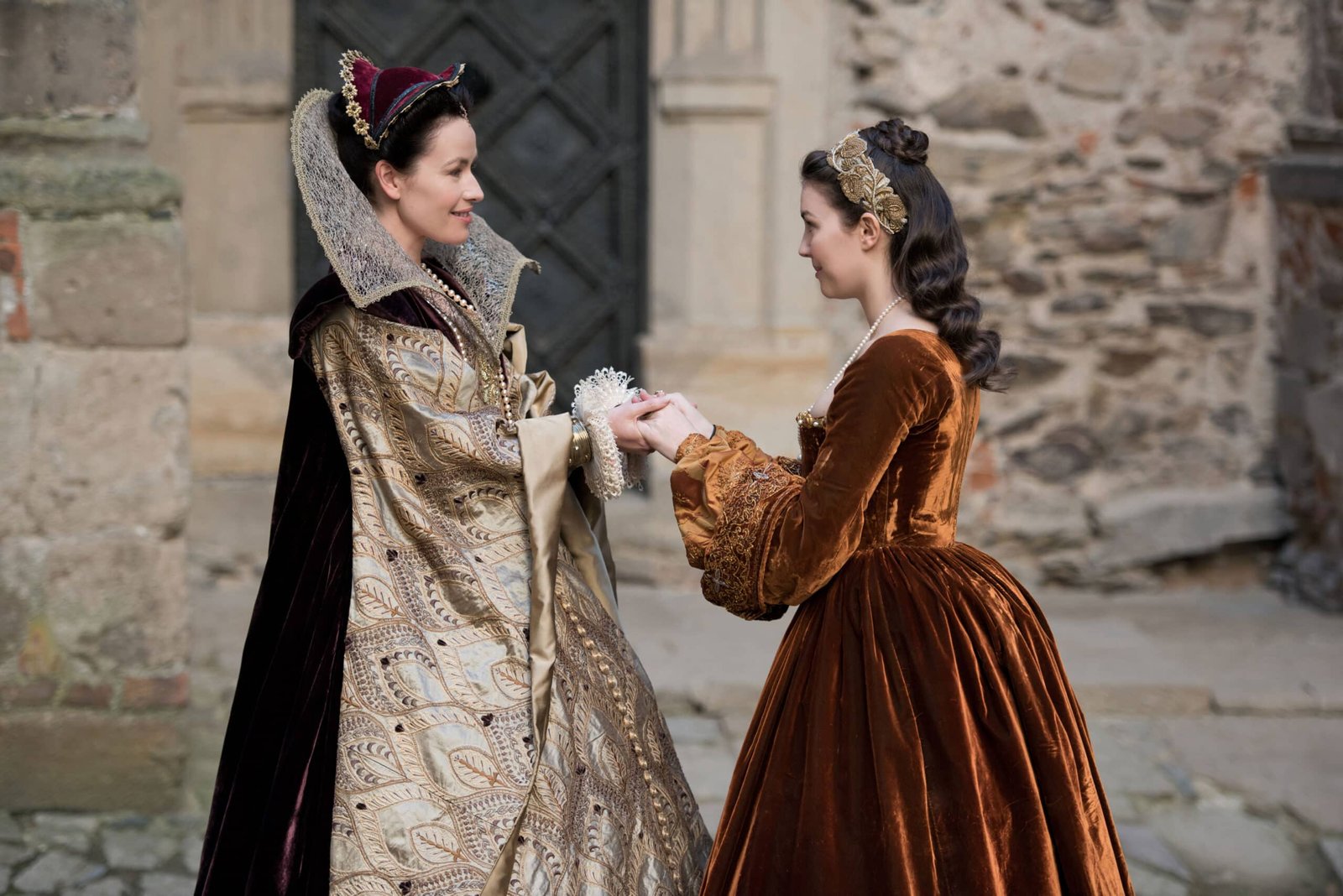 Here’s another anthology horror series you can find on Amazon Prime: Lore. Lore is based on Aaron Mahnke’s podcast of the same name and follows the podcast’s anthology format, with each episode featuring a new story. The show combines documentary footage and cinematic scenes to tell horror stories and their origins. The show’s claim is that our collective nightmare mythologies are rooted in real horror stories, which makes the show even scarier. It stars Mahnke himself, Holland Roden, Robert Patrick and Colm Feore, and the series has 2 seasons. 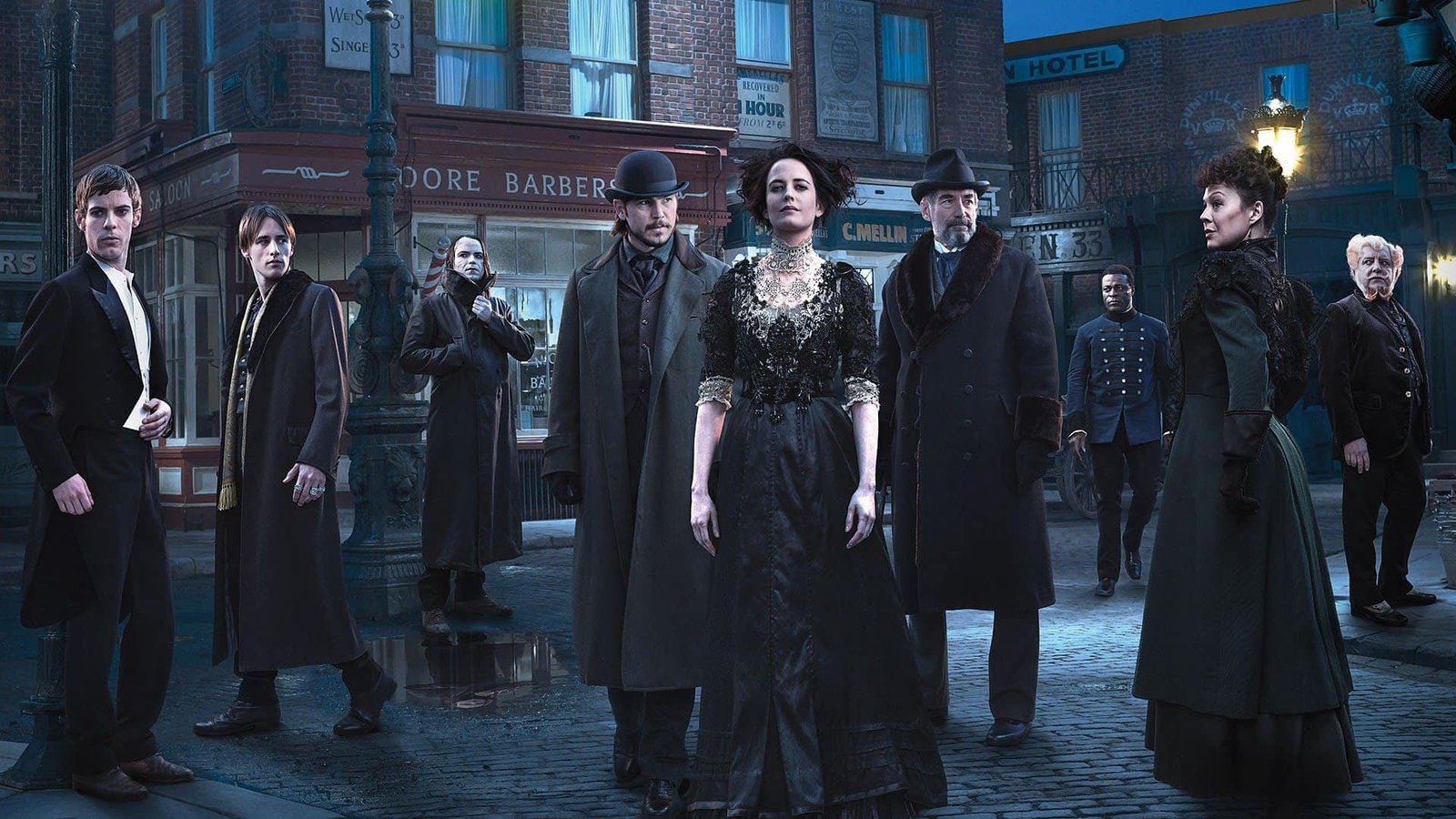 Bookworms over here! Among the Amazon Prime horror series, Penny Dreadful is the one that brings horror literature to the screen with its references to the Victorian era and romantic literature. We all know the Penny Dreadfuls, the cheap horror stories set in 19th century England. So the TV series Penny Dreadful revolves around the supernatural threats in the United Kingdom and the explorer Sir Malcolm Murray, the American gunslinger Ethan Chandler, the scientist Victor Frankenstein and the medium Vanessa Ives to fight them.

Besides Victor Frankenstein, the series also features other characters from English literature, such as Dorian Gray, Dracula and Abraham Van Helsing, to name a few. You’ll love the series if you like gothic and romantic literature, because it also includes some famous poems from that period, especially from romantic poets, such as William Wordsworth and John Clare. 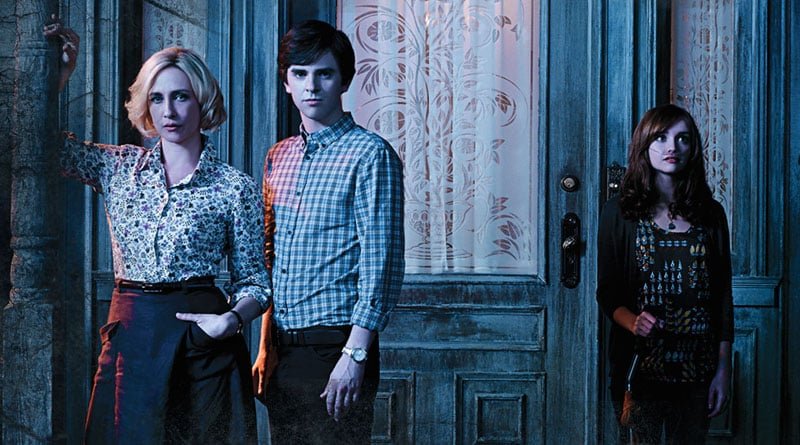 If you’re into horror movies, you can’t go past Alfred Hitchcock’s Psycho (1960), and, Bates Motel, hold on ladies and gentlemen, is a prequel to Hitchcock’s legendary film! The series depicts the lives of Norman Bates and his mother Norma before the events in the film, but in a different fictional town and in a modern setting. The series begins in Arizona with the death of Norma’s husband, after which Norma buys the Seafairer Motel in a coastal town in Oregon so that she and Norman can start a new life.

As the series progresses, Norman’s mental illness worsens. Therefore, the series gives a lot of space to psychiatry in addition to horror, which increases the effect of fear on the viewers. If you like Psycho, you shouldn’t miss Bates Motel. 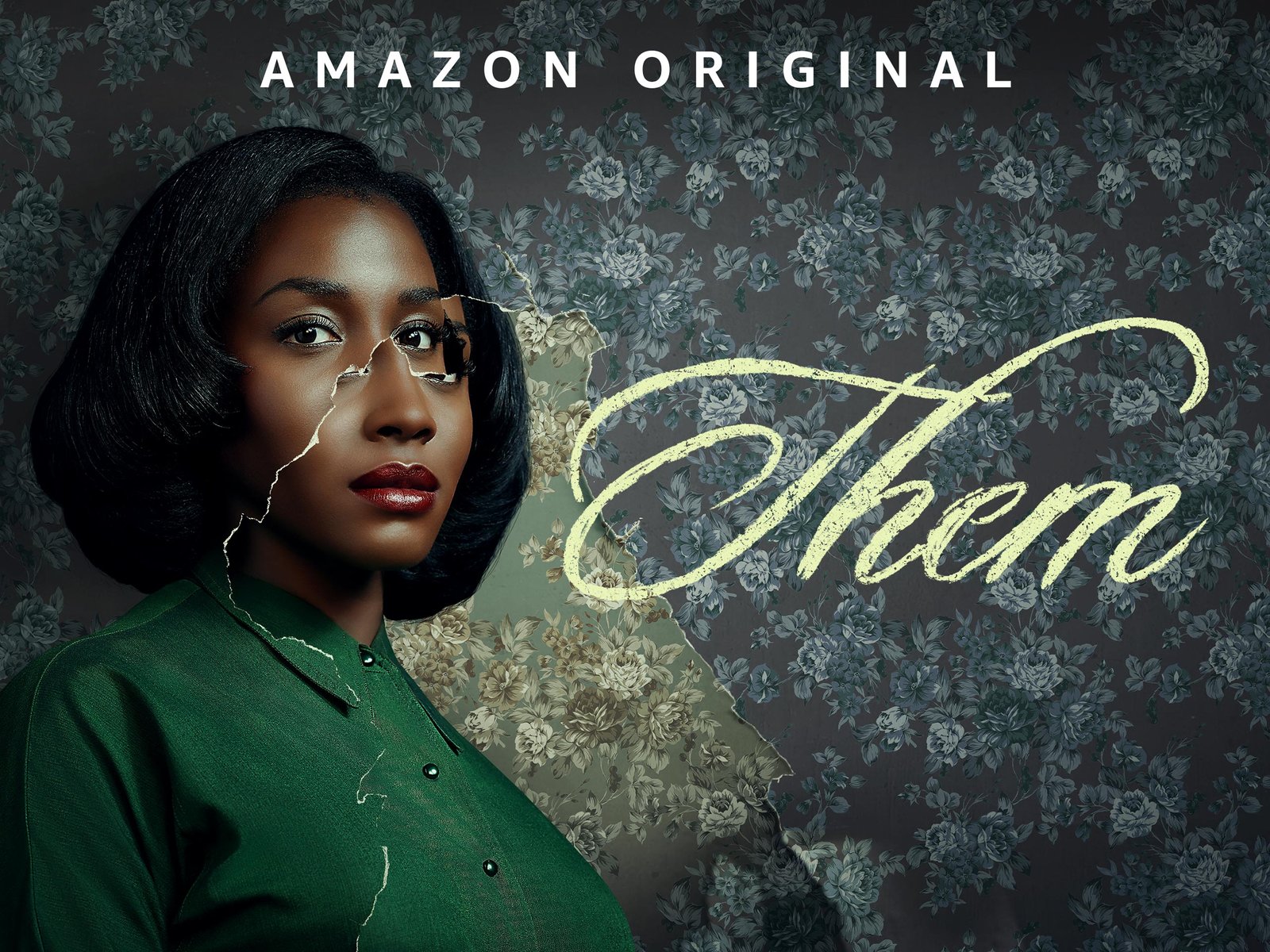 Them has a very different perspective from the other Amazon Prime horror series. This anthology series is set in 1953 and revolves around the Second Great Migration, a real-life event that led more than 5 million African Americans to relocate. The series follows an African American family that moves from North Carolina to an all-white neighborhood in Los Angeles. The family’s idyllic home slowly turns into an epicenter of evil forces from next door and beyond that threaten to haunt, ravage and destroy them. The series has one season and a total of 10 episodes. 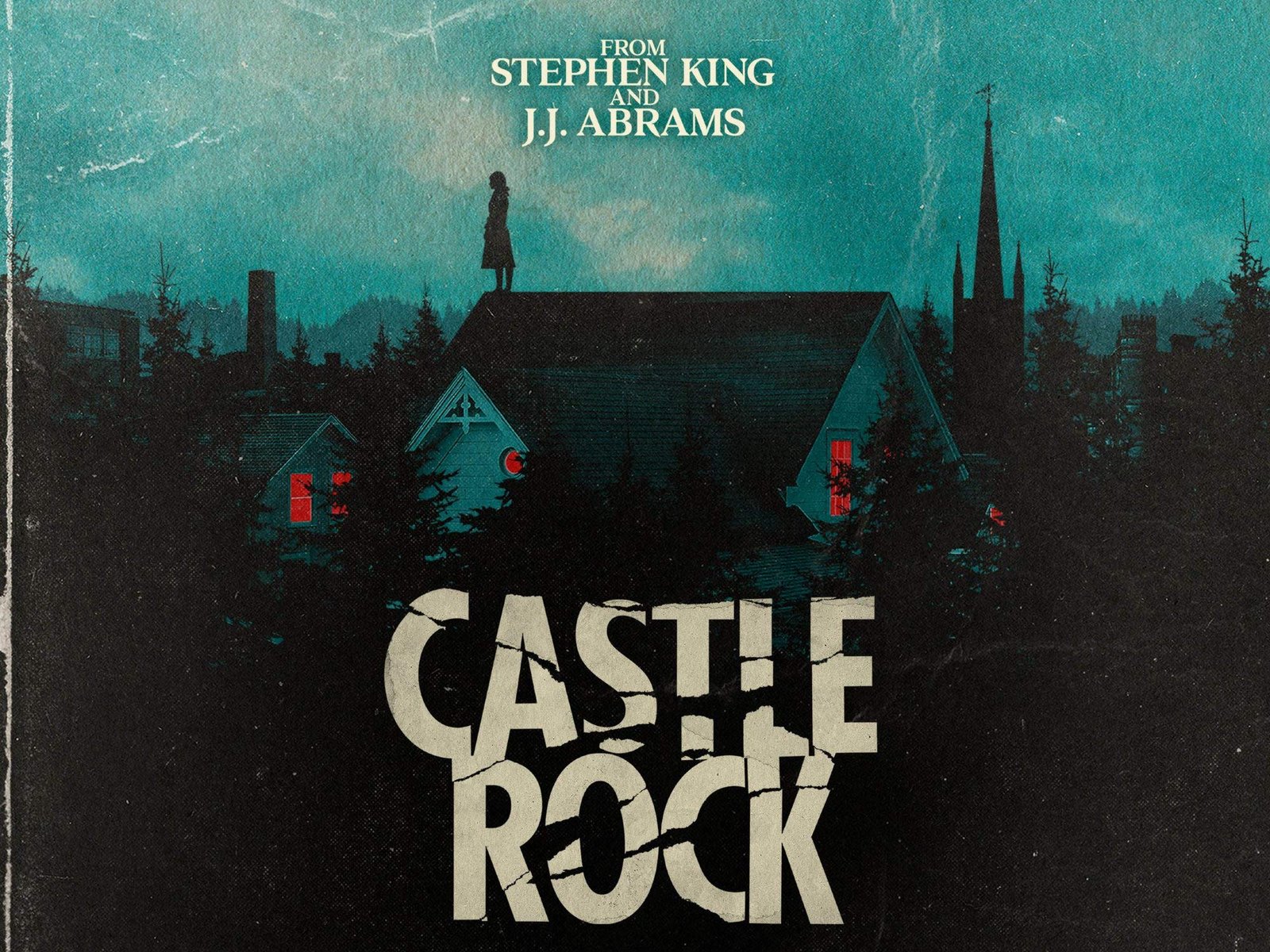 Inspired by characters, settings and themes from the stories of Stephen King and his fictional town of Castle Rock, Maine, the TV series Castle Rock was first released in 2018. It brings together King’s most popular stories to create a multiverse of the writer’s tales. It keeps you on the edge of your seat until the end of each episode, sending chills down your spine as it weaves an epic saga of darkness and light that takes place over a few square miles of woodland in Maine. The series has 2 seasons and 20 episodes in total. 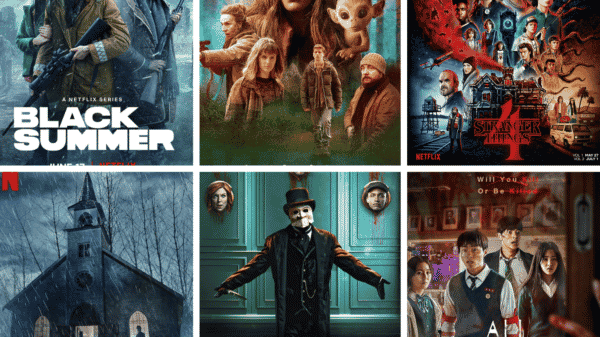 Netflix hosted numerous top-notch horror series that scare the daylights out of us for years. But sometimes it’s hard to decide which one to...