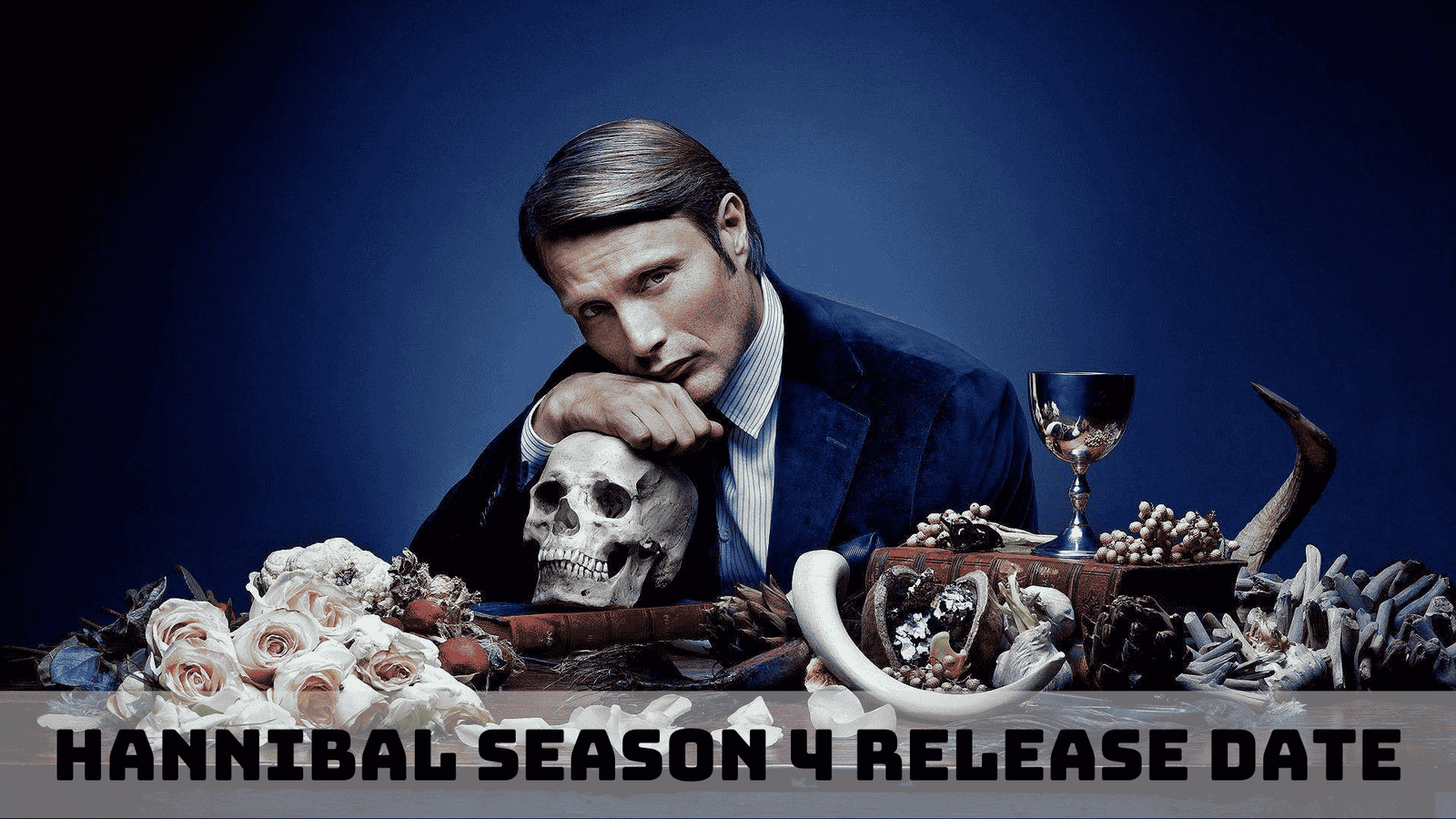 The NBC series Hannibal is one of the best horror shows of all time, and it’s difficult to replace it. That’s why we’ve no doubt that fans are eagerly waiting for Hannibal Season 4. But will there even be a 4th season of the popular series? Or was the 3rd season the last one? Here’s everything we know about Hannibal Season 4. Keep scrolling down!

Is There a Season 4 of Hannibal? 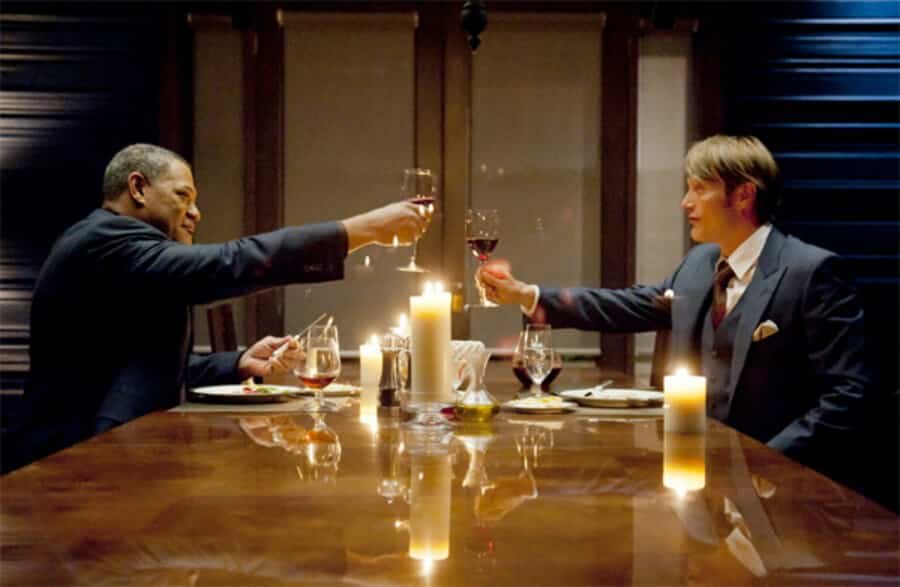 Unfortunately, no. There isn’t a Season 4 of Hannibal. The 3rd season of the horror series was released on June 4, 2015. After only a short time, on June 22, 2015, NBC announced that Hannibal was canceled due to low ratings. We know that it’s surprising for you that Hannibal had low ratings, as it was considered by critics and viewers as one of the best series in the horror genre and one of the best TV series of all time. Moreover, Bryan Fuller has always talked about more Hannibal seasons. Nevertheless, the channel decided not to renew the series. So we can say that it’s very unlikely that there will be Hannibal Season 4.

Did Hannibal Have a Proper Ending? 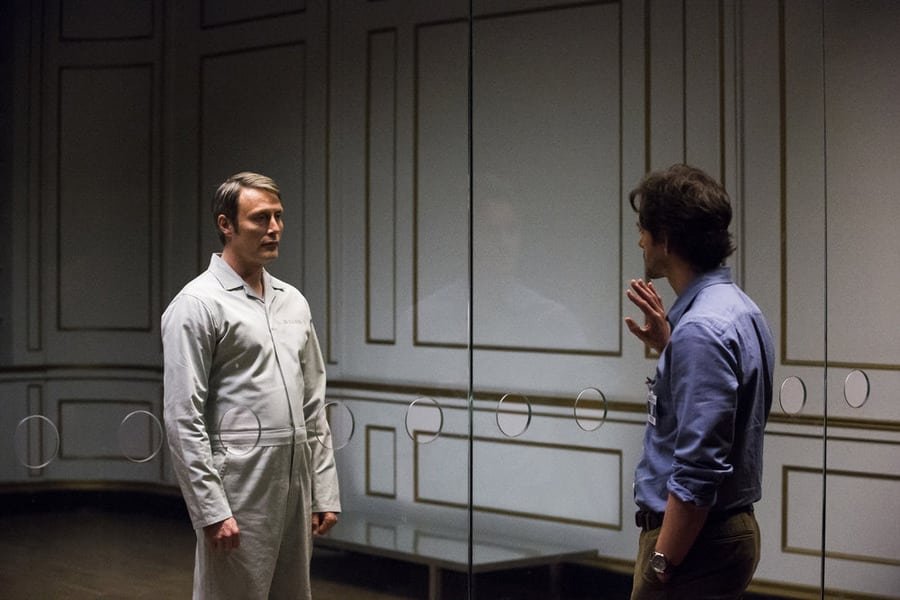 It’s quite a controversial question whether Hannibal had a proper ending or not. Some viewers felt that the ending of the series wasn’t satisfying enough, while others thought the series finale was very good. First of all, let’s remember what happened at the end of Hannibal. In the last minutes of Hannibal Season 3 Episode 13, we saw Will and Hannibal falling off a cliff after murdering Francis Dolarhyde. Just before the fall, Will said to Hannibal, “It’s beautiful,” probably referring to the murder they committed together. Then they fell down and very likely died. 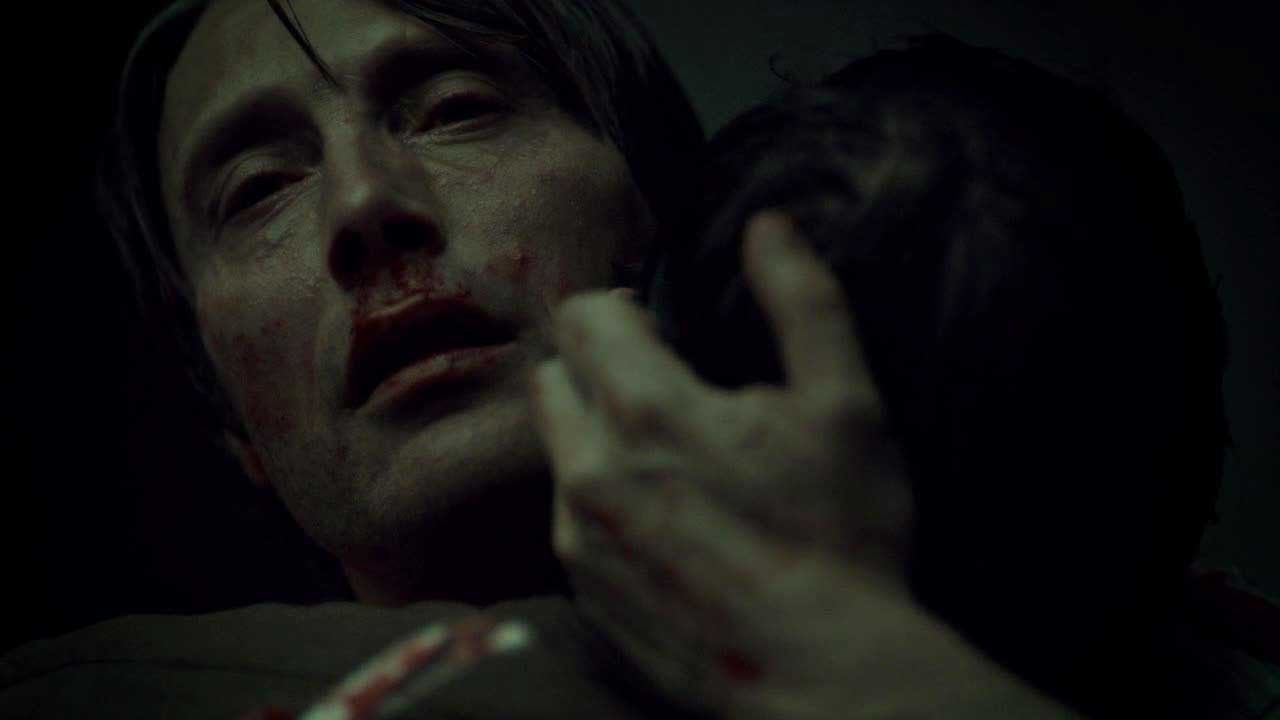 Some viewers claim that the characters didn’t have a proper ending, and therefore the series didn’t meet the audience’s expectations. However, we believe that the series finale was a satisfactory conclusion, as it brought Will’s metamorphosis to a close. Throughout the series, Hannibal believed that Will was just like him and tried to make him find his true self – a serial killer in that sense. However, Will wasn’t brave and aware enough to recognize the evil side in himself, unless he killed Francis and enjoyed it. Therefore, his statement at the end shows that Hannibal has achieved his goal and Will has finally reconciled with the evil in himself.

Also, the series has shown us that Hannibal and Will are actually two very similar characters who hold up a mirror to each other. In the very last scene, they embrace to unite and be whole before they fall. So we think Hannibal had a proper ending.

Also read: 6 Best Amazon Prime Horror Series of All Time to Watch in 2022

Why Was Hannibal Removed from Netflix?

Is Hannibal Series Worth Watching? 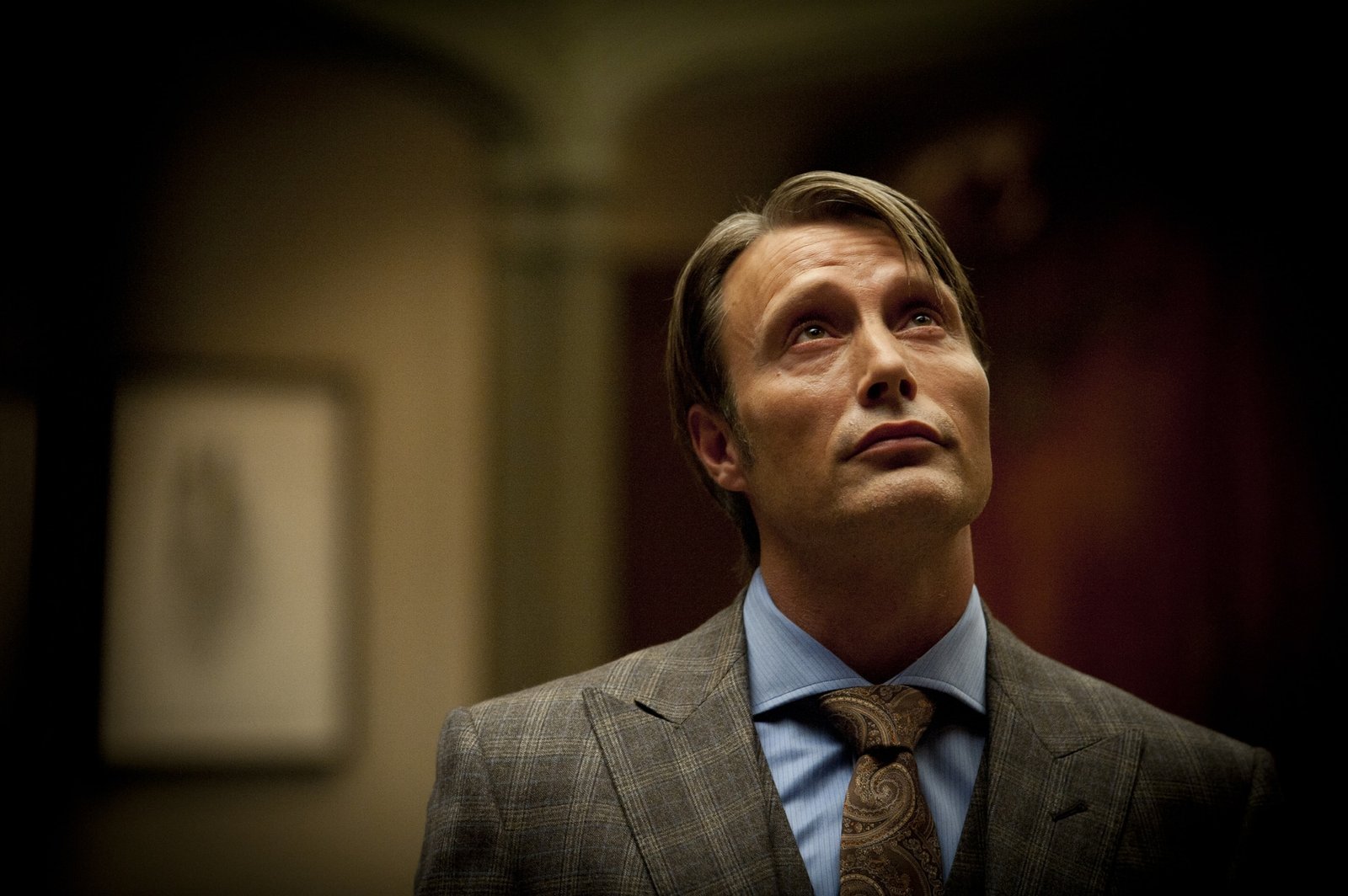 If you haven’t watched Hannibal yet and are wondering, “Is Hannibal series worth watching?”, don’t worry. We’ll help you decide whether to stream the series or skip it.

We’re big fans of Hannibal and believe that the series is worth watching. We’ve several reasons for that. First of all, we’ve to mention the brilliant and outstanding performance of Mads Mikkelsen as Hannibal Lecter. You may have a hard time adapting this version of Hannibal after seeing the legendary performance of Anthony Hopkins, but we assure you that Mikkelsen won’t disappoint you. 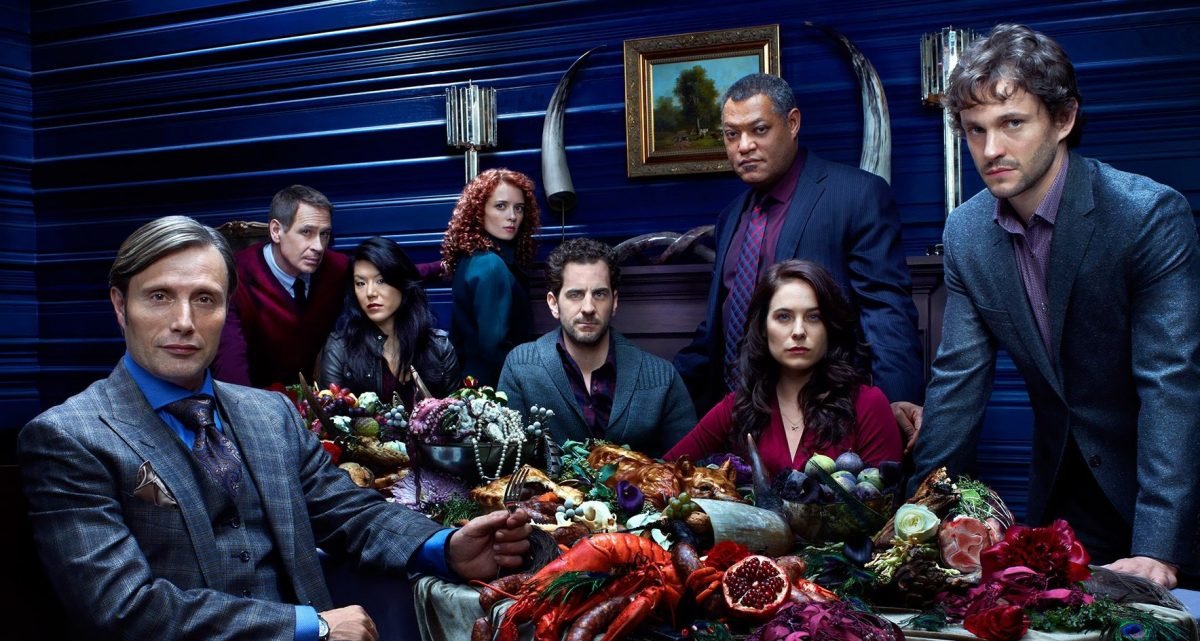 The first Hannibal book was published in 1981 under the name Red Dragon.

Secondly, if you love adaptations, remakes, reboots and whatnot, you’ll definitely love Hannibal. We’ve known it for a long time, since the first book was published in 1981 under the name Red Dragon. Ten years after the first book was published, the first movie was released in 1991 under the name The Silence of the Lambs and caused quite a stir. After that, the character Hannibal Lecter became a legend and people have been talking about him ever since.

In 2013, Hannibal Season 1 was released and attracted a lot of attention. With its allusions to literature, powerful imagery and use of metaphors, Hannibal’s psychiatric analyzes and murder scenes planned and filmed with an artistic point of view – and this is the third reason why you should watch Hannibal – the series impressed many viewers and set the world on fire.

Which Season of Hannibal Is The Best?

According to Rotten Tomatoes, Season 2 of Hannibal is the best, as it’s the highest rating of 98% from Tomatometer and 97% among the audience. Each episode of the season was named after the different elements of Japanese haute cuisine, and the season finale “Mizumono” was the most popular episode of Season 2, being rated 9.8 on IMDb – that’s almost 10!

Also read: Best Hulu Horror Series of All Time to Watch in 2022