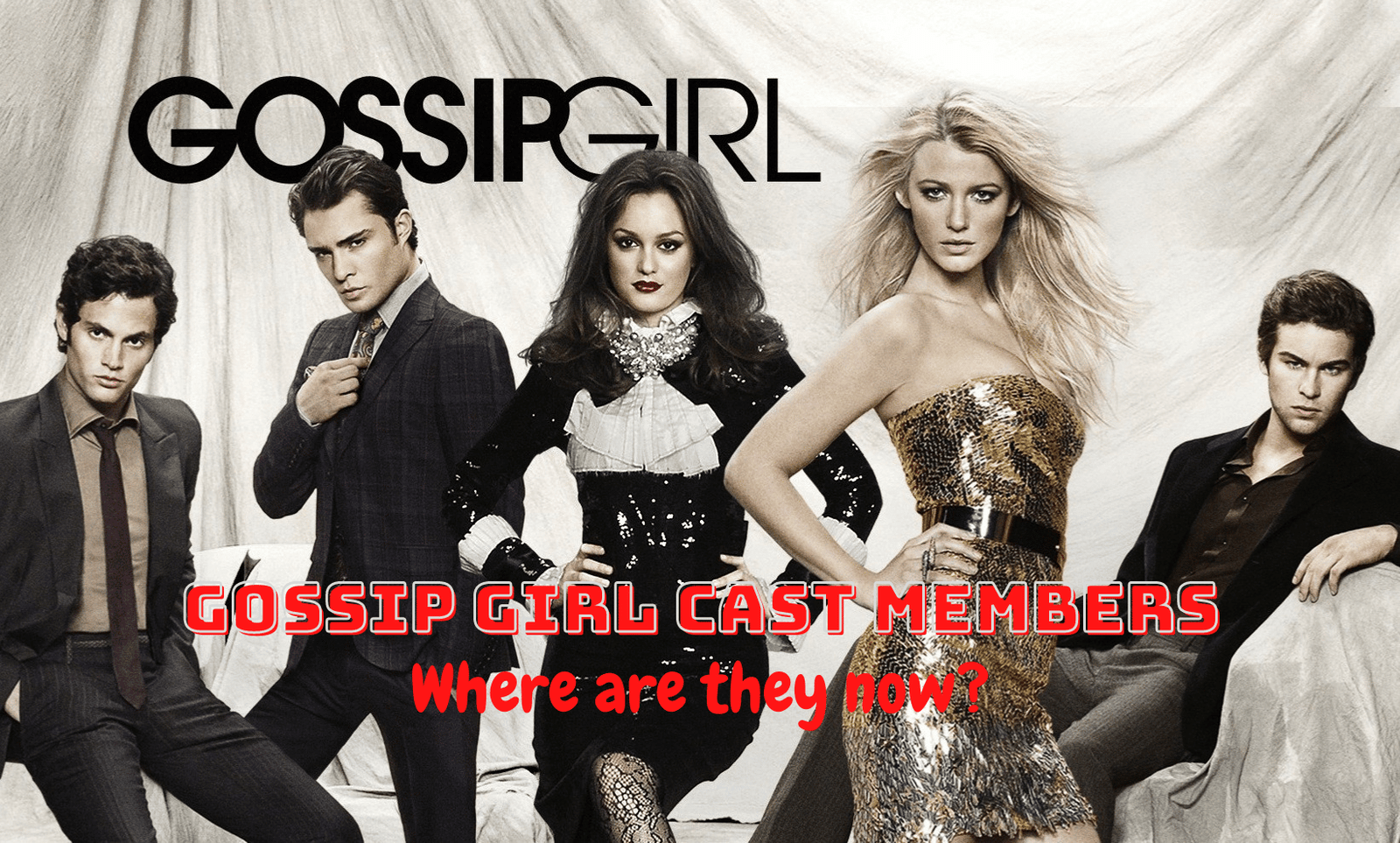 Gossip Girl is a once-popular teen drama that caused a stir with both its cast and its compelling story. But what’re the members of the Gossip Girl cast doing today? How have their lives evolved since their first appearance on Gossip Girl? To find out, keep scrolling! Now 35, world-renowned actress Blake Lively was only 20 years old when she took on the role of Serena van der Woodsen on The CW’s Gossip Girl. She played the “it girl” in the series, who kept appearing in the media, which brought her worldwide success and recognition. However, in addition to her role as Serena, the actress also starred in movies such as New York, I Love You, The Town and The Shallows. Her most famous film is The Age of Adelaine, for which she received critical acclaim for her role.

From 2007 to 2010, the actress was dating her Gossip Girl co-star Penn Badgley. Today, Lively is happily married to well-known actor Ryan Reynolds, whom she met on the set of the 2010 film Green Lantern. The couple has three children and Lively is pregnant with their fourth child. 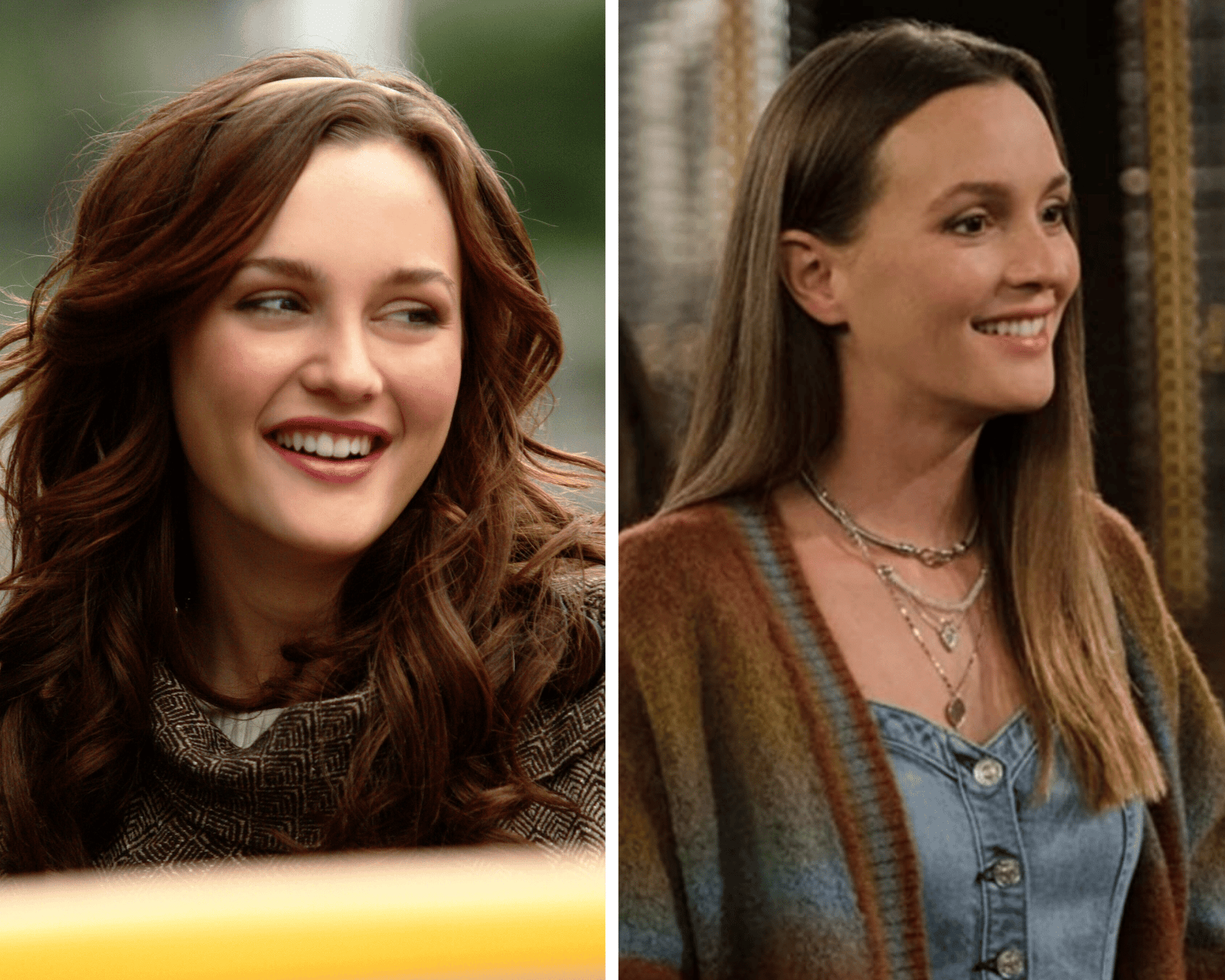 Leighton Meester joined the Gossip Girl cast with her role as Blair Waldorf, the queen bee of Constance Billard School for Girls, when she was 21 years old. Although she’s best known to the general public for her role as Blair, Meester has appeared in numerous films such as The Roommate, Monte Carlo and The Judge.

In addition, the talented actress has ventured into music. Her most famous songs are Good Girls Go Bad, Somebody to Love and Your Love’s a Drug. It seems that Meester doesn’t want to stop. In 2022, she starred in a movie, The Weekend Away, lent her voice to a character in the animated film My Father’s Dragon and had a recurring role in the TV series How I Met Your Father.

Since 2014, the 36-year-old actress has been married to actor Adam Brody, with whom she has two children. 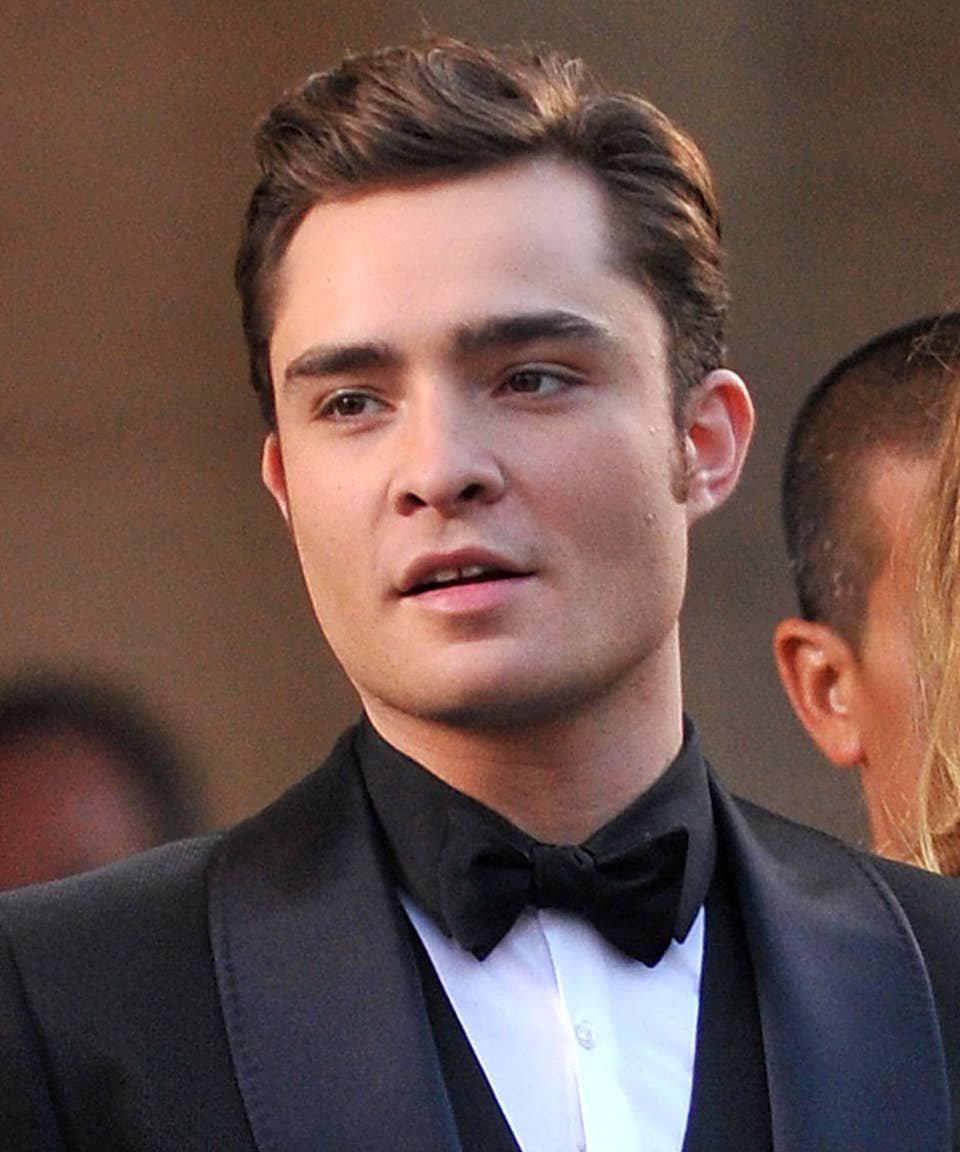 Ed Westwick is a 35-year-old English actor who made his breakthrough with his role as Chuck Bass in Gossip Girl cast. He made his feature film debut in 2006 with Children of Men and has since starred in numerous outstanding films such as J. Edgar, S. Darko and Billionaire Ransom. Westwick is also known for his roles in the TV series Wicked City and White Gold. Most recently, he starred in the 2021 film Me You Madness. Ed Westwick in Me You Madness

During the filming of Gossip Girl, Westwick was a young up-and-coming actor who shared an apartment with Chace Crawford in the Chelsea neighborhood of Manhattan. Today he’s a world-renowned actor and dating Amy Jackson. 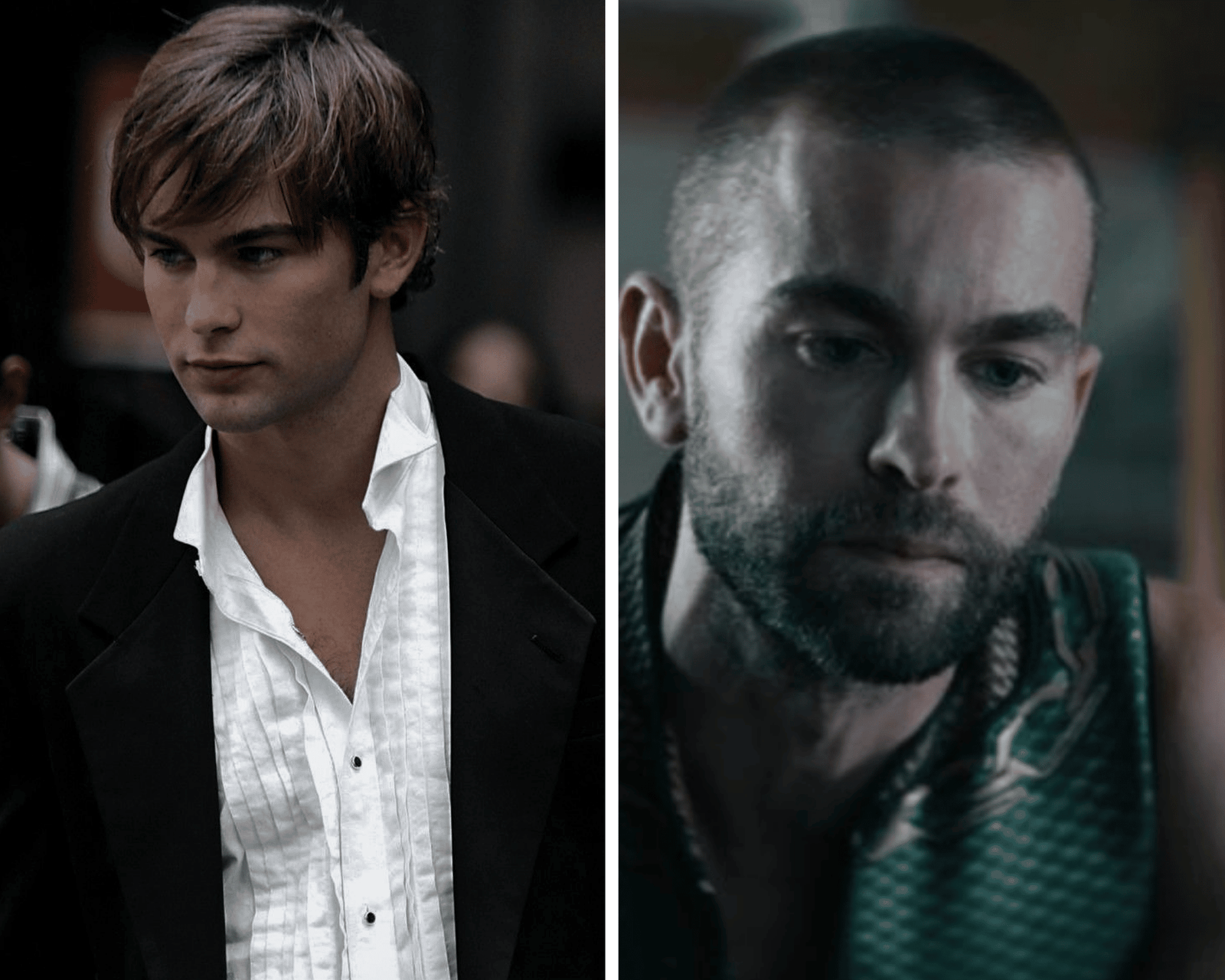 The 37-year-old actor Chace Crawford became known with his role as Nate Archibald in Gossip Girl, which is his TV series debut. He starred in another TV series Blood & Oil and in films such as The Covenant, What to Expect When You’re Expecting and All About Nina, to name a few. Since 2019, he can be seen as The Deep in the Amazon Prime Video series The Boys.

Crawford last dated fellow cast member Rebecca Rittenhouse between 2015 and 2018. Currently, he seems to be on the market. Penn Badgley is one of the cast members of Gossip Girl who played the role of Dan Humphrey in the series. His performance in The CW series brought him worldwide recognition and success. For his role as Dan, the actor received six Teen Choice Award nominations. After Gossip Girl, he starred in films such as The Paper Store, Parts per Billion and Easy A. Since 2018, he’s been playing the main role Joe Goldberg in the Netflix series You.

Badgley used to date Blake Lively and Zoë Kravitz. However, he’s now married and has a child with Domino Kirke. Taylor Momsen was only a 14-year-old teenager when she joined the Gossip Girl cast in 2007 as Jenny Humphrey. The actress became known and critically acclaimed for her performance in the series and was nominated for the Teen Choice Award and the Young Artist Award. Momsen hasn’t starred in other TV series after Gossip Girl, but she’s appeared in films such as Spy School, Paranoid Park and Underdog. The actress decided to pave her way as a musician and has been the frontwoman of the American rock band The Pretty Reckless since its formation in 2009. 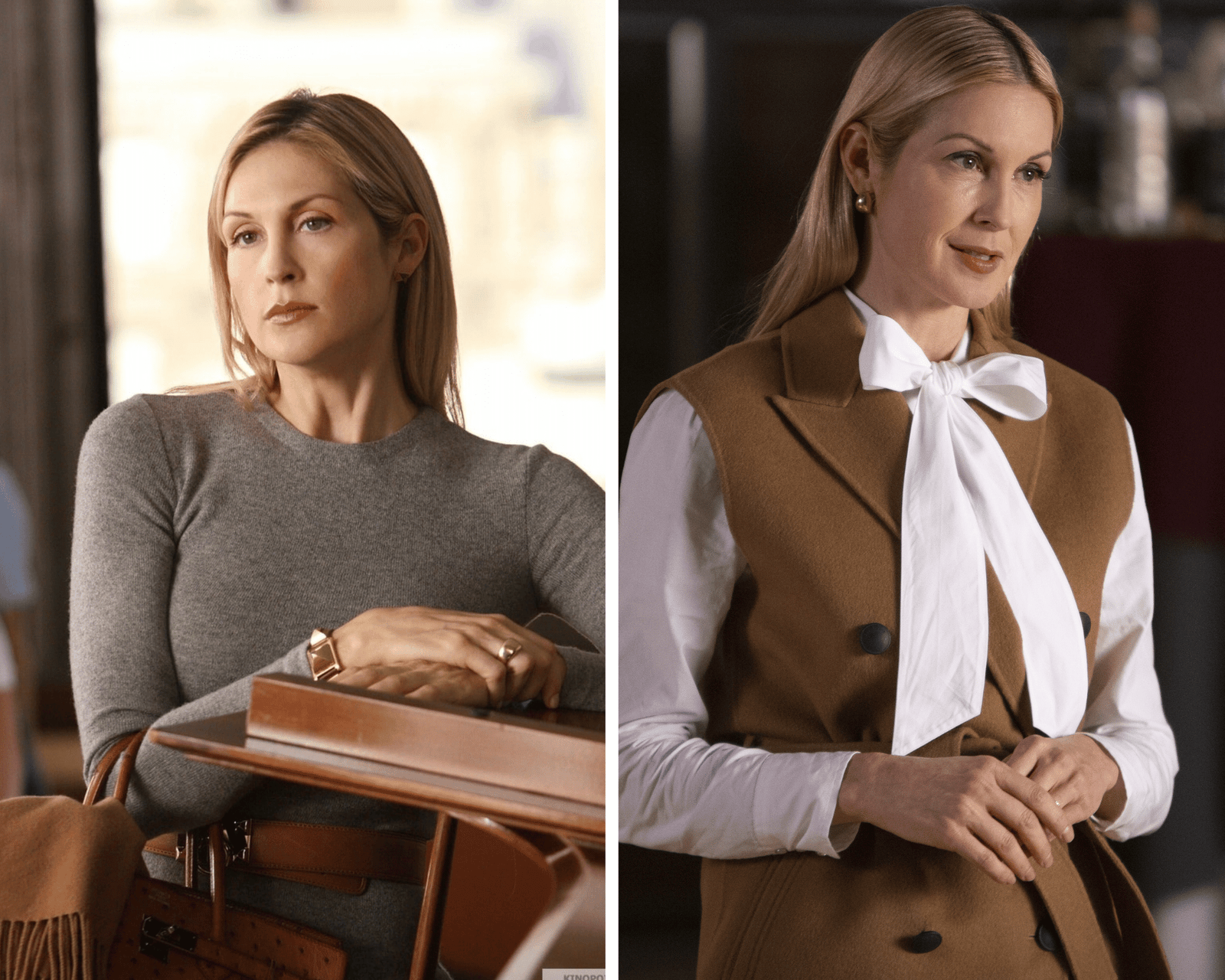 Kelly Rutherford is a 53-year-old actress known for her roles in the TV series Melrose Place and Generations. However, she became known to a wider audience through her role as Lily van der Woodsen in Gossip Girl. The actress starred in such films as Scream 3, The Chaos Factor and Christmas Wedding Planner. Among the TV series she’s starred in are Threat Matrix, Pretty Little Liars: The Perfectionists and Dynasty. Most recently, she made an appearance in the 2020 TV series Power Book II: Ghost.

Kelly Rutherford was previously married to Daniel Giersch, whom she divorced in 2010. 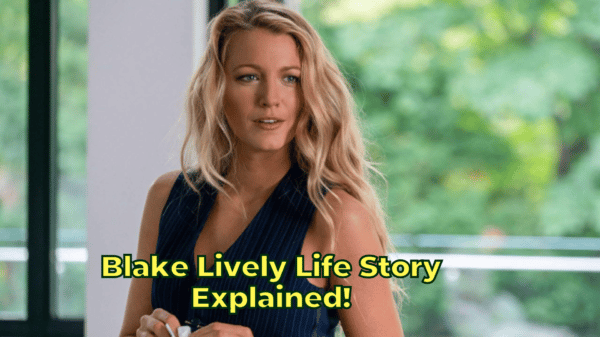 Blake Lively is the actress who shines with her wonderful graceful appearance and natural candid energy at festivals. Born in Los Angeles, this beautiful...