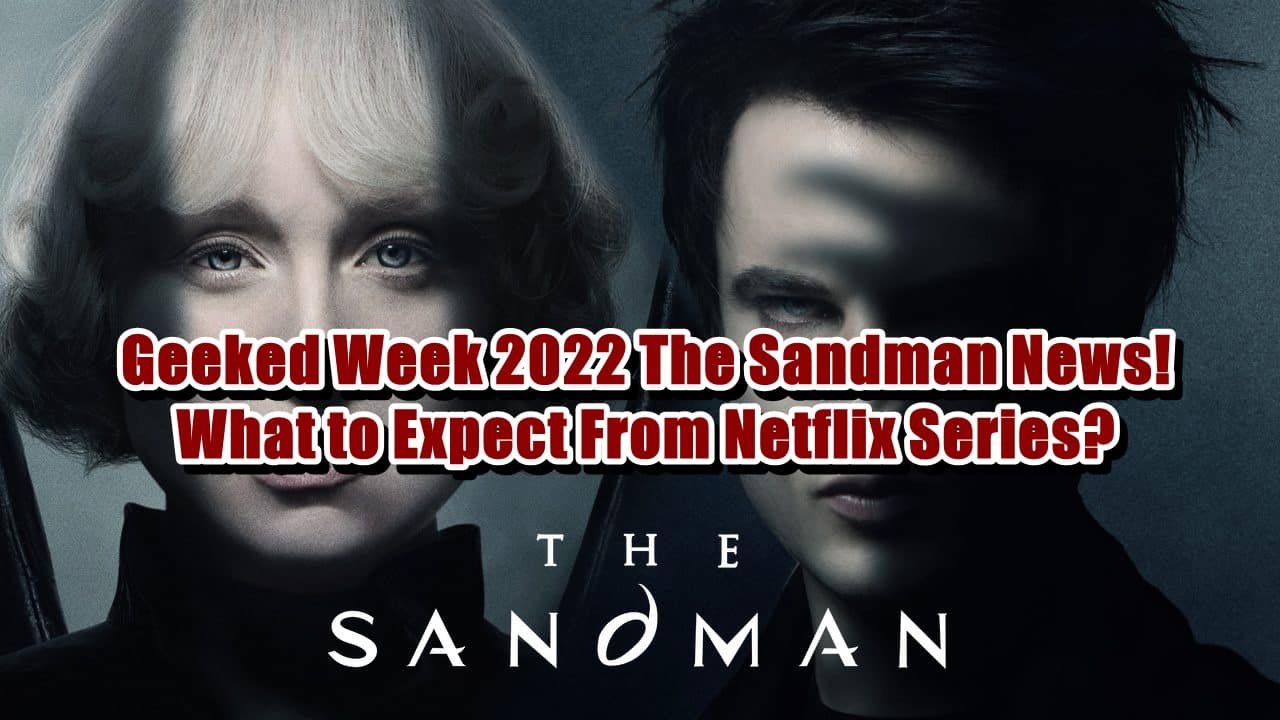 The Sandman news is on the Geeked! During the annual Geek Week event, Netflix has been revealing a slew of new looks at forthcoming programs and features, and we have some The Sandman News. As you remember, we have yet to see the first trailer for DC Comics’ The Sandman series, but that has now been rectified by the streaming video service, and now we have official news on the show. During Geek Week, Netflix unveiled the first complete trailer for the series, so keep reading below.

The titles that the event will cover include The Sandman, The Gray Man, The Umbrella Academy, and a lot more, but we are interested in The Sandman news today. With the recently announced lineup update, you now know when to tune in and follow the event. But what is up with The Sandman news? The Sandman teaser provides fans with their first clear glimpse, and we were really excited when they announced the news! We now know what Executive Producer Neil Gaiman and his team have been working on, and it looks like they were sweating off for the darker aspects of the DC Universe. Dream, Death, Desire, and Lucifer are all resurrected in the teaser, so we are sure fans will be hyped up to see them! The teaser is a fascinating watch, and the video also confirms that the series will air on August 5th, so make sure you have nothing to do on that day!

At the beginning of the series, Morpheus is kidnapped by an immortality-seeking person and he gets away to restore order. After that event, the narrative grows into a book series that reveal Morpheus’ long-term strategy as he wants to create amends for previous wrongdoings and flee. 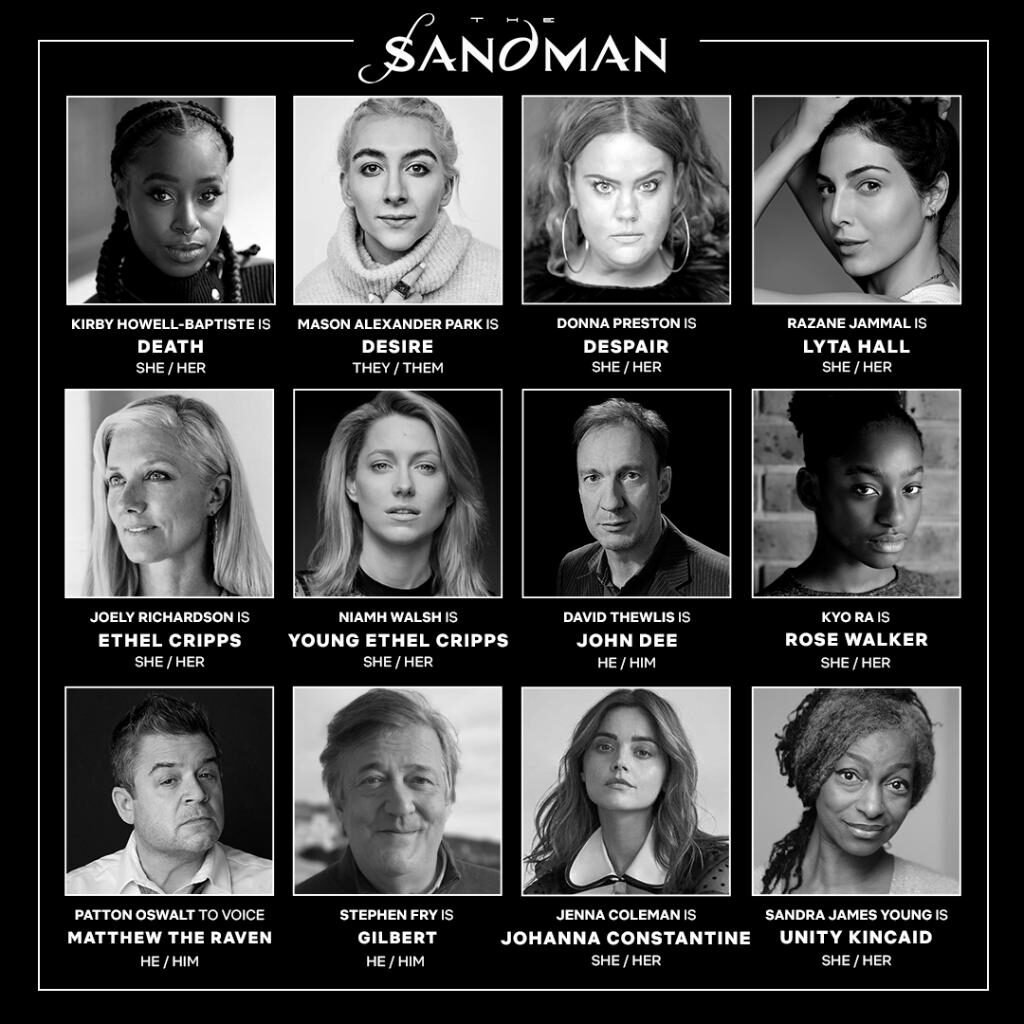 We will also announce the cast of the show while revealing The Sandman news. Tom Sturridge plays Dream who is the Lord of the Dreaming, Gwendoline Christie plays Lucifer who is the Ruler of Hell, Vivienne Acheampong plays Lucienne who is the guarding of the Dream’s realm, Boyd Holbrook plays the Corinthian who is an escaped nightmare, and Charles Dance plays Roderick Burgess. There are also additional cast members including Jenna Coleman, Stephen Fry, Patton Oswalt, David Thewlis, and Joely Richardson. 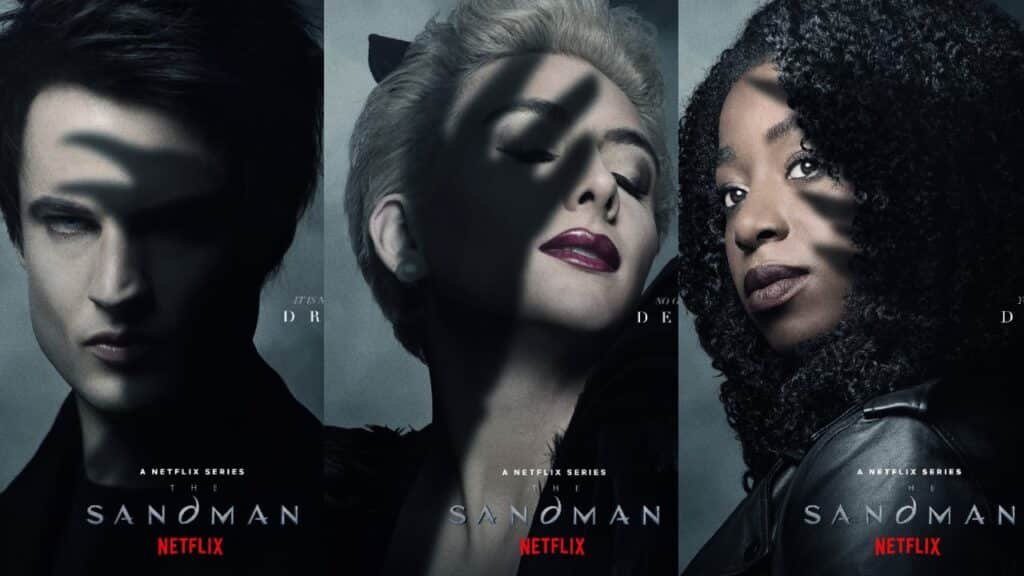 The Sandman on Netflix

Sandman’s audiobook has Gaiman as a storyteller and James McAvoy as Morpheus and Gaiman revealed the adjustment process and how the audiobook varies from the television show. You can listen to the audio from an episode beneath, and it is taken from the legendary “The Sound of Her Wings” chapter that reveals Morpheus’ elder sister Death and can see the difference between the comic books and the TV series Sandman.

Gaiman claimed during the events that “When it comes to the Sandman, we were thinking what to do. I said let’s pretend I’m doing Sandman commencing in 2020, but what would we do then and what changes could we make in the show? What gender would you assign to this character, who would s/he be, and what would happen in the show?”. The fact that they have 75 issues of Sandman plus, they actually have a lot of material and it’s not a disadvantage. 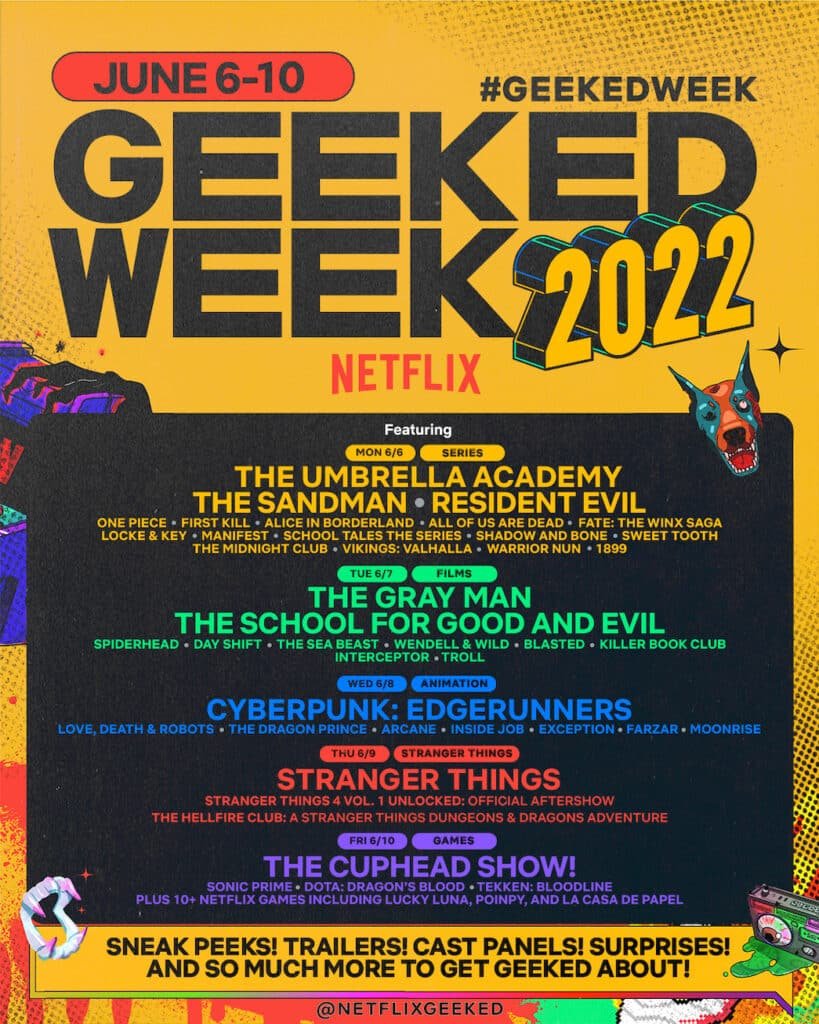 Netflix launched its 2022 version of Geeked Week on January 6 and we now have a synopsis of how the free 5-day online event will unfold, so keep reading for more The Sandman news. We also know what guests can anticipate from each of the thematic days and how to learn more about The Sandman news. If you’re a lover of Sandman, you should definitely tune in to Geeked Week for The Sandman news. There are also days dedicated to Animation, Film, and Games, so we are sure you will find something you like.

On the other hand, Netflix is devoting a full day to Stranger Things as every day would be packed including exclusive previews, sneak peeks, unexpected reveals, cast discussions, and more. The event will be broadcast across a slew of networks such as YouTube, TikTok, and Twitch. We will also give you the schedule of the event so you would not miss The Sandman news.

The event will last from Monday, June 6, to Friday, June 10, and here is the list of today’s and tomorrow’s schedules: