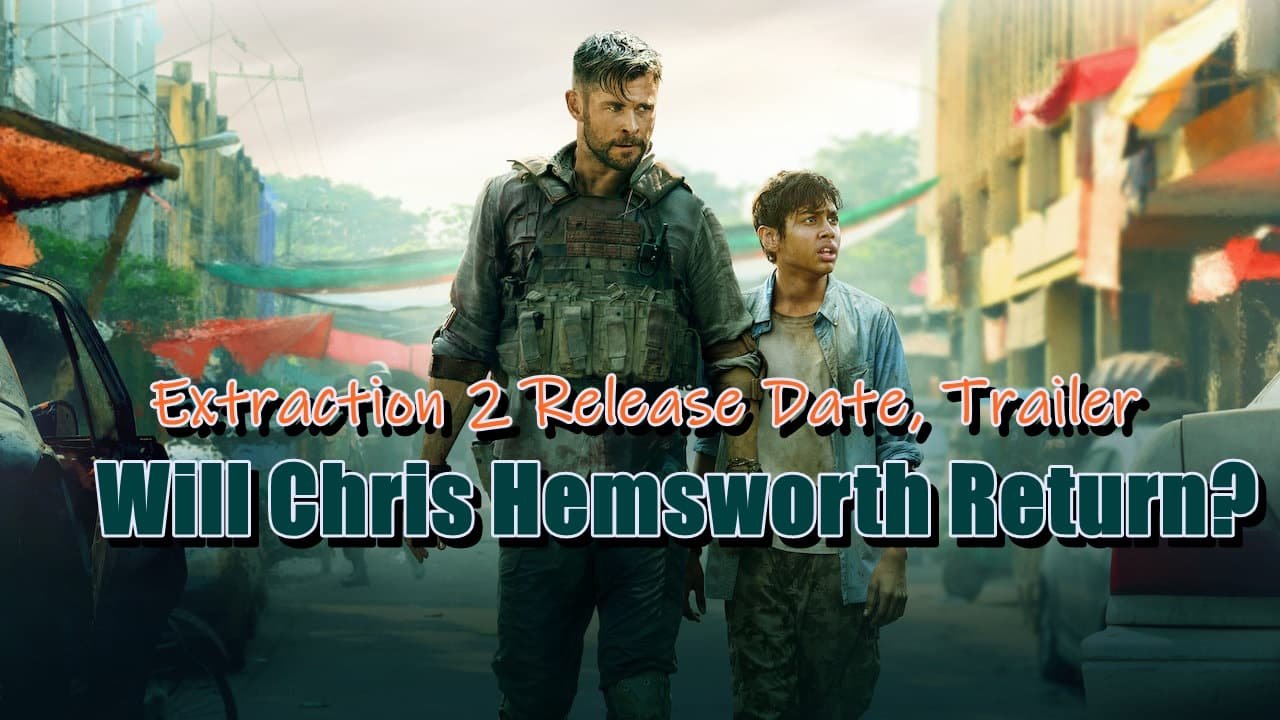 Extraction, Netflix’s most successful film to date, is rumored to getting a sequel, but are the rumors true? Will we be able to see an Extraction 2 movie? Chris Hemsworth is expected to resume his role as Tyler Rake if there would be Extraction 2, and we have some news for the production status of the movie. We’ll keep you updated on anything Extraction 2-related, including casting news, development updates, trailers, and the Netflix release date, down below.

As Netflix’s most popular Original film to date, it should come as no surprise that Extraction 2 is in the works. With over 99 million households streaming the film, it even outperformed Bird Box, Murder Mystery, and 6 Underground.

Sam Hargrave will return to direct the sequel and it really did not come as a surprise after the initial work. You will also see the names of the Russo Brothers in the credits, who will serve as executive producers. The story, however, is ascribed to solely Joe Russo.

Is there an Extraction Part 2? Extraction 2 production started in late November 2021 and lasted until March 2022 and the filming finished on March 19, while the project is presently in post-production. Chris Hemsworth, the leading man, posted a video from his final day on set on Instagram.

We’re nearing the end of the process now that the film is in post-production. Extraction 2 will most likely require at least six months of post-production before it is ready for viewing. Initially, there was cause for concern because the first film waited nearly a year after production was completed to be aired on Netflix. Luckily, Netflix has already announced that the sequel will be available later this year.

What we are trying to say is that we shouldn’t have to worry about a delayed release for Extraction 2. Post-production of the movie would have to be delayed in order for the premiere to be pushed until the following year and we don’t think that will happen in the case of Extraction 2. Netflix has not yet set an official release date, and we are unlikely to hear one until the Netflix picture is nearing the finish of post-production. If we assume six months of post-production, the action-adventure film will be released in September. There’s a chance of a summer release, but it’ll most likely be in late summer. However, with the highly anticipated picture The Gray Man believed to be released in July, Netflix may postpone Extraction 2 until the fall.

Is Extraction movie hit or flop? 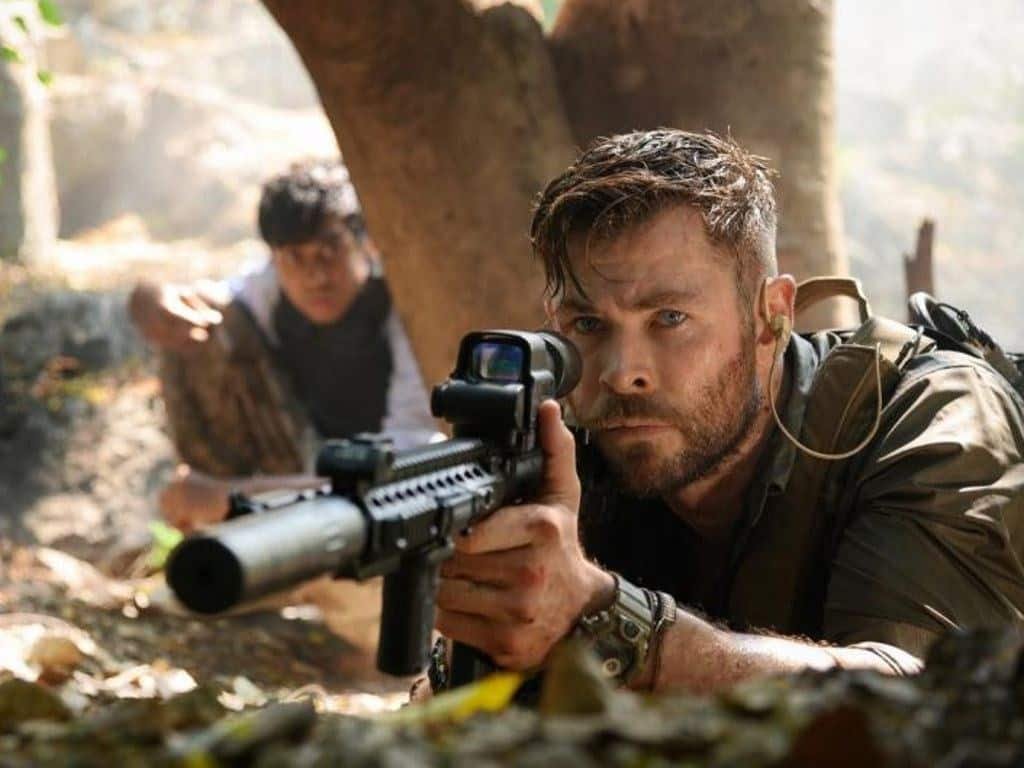 If we were to explain the plot, you should know that Tyler (Hemsworth) is a real badass hired to “extract” the son of a drug king but things don’t go as planned. Tyler Rake is a serial killer who drinks and kills people. He drinks, takes Oxycontin, murders people and he lives in an Australian hut that, despite his mental state, isn’t packed with empty Chinese takeout containers and booze bottles.

Most scenes are like a first-person shooter game, and it got criticized a lot for this because nearly 95% of the movie is about the shooting, bullets, guns, and murder. If you are up for this and want to watch a good action movie, we definitely recommend watching Extraction. We can see all the viewers getting hyped up for Extraction 2! 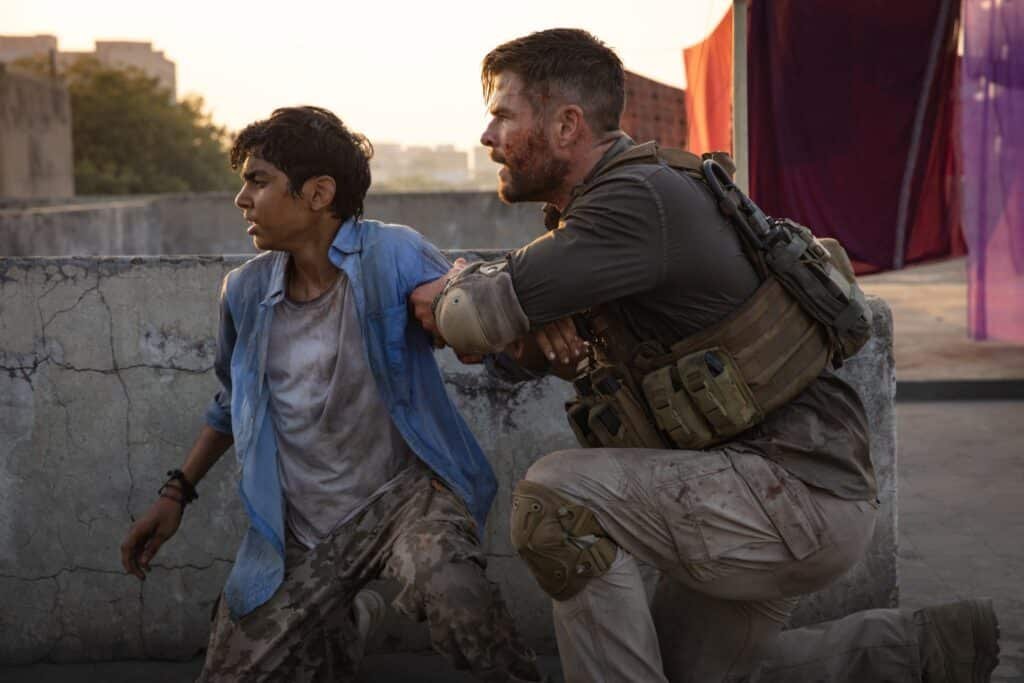 Tyler Rake from the 1st movie

Chris Hemsworth is the sole confirmed cast member for Extraction 2. They couldn’t have produced the second movie without him, after all. Tyler Rake, Chris Hemsworth’s former operations mercenary, is unquestionably the protagonist of the Extraction series. Because he is the main character, his reappearance was unavoidable. The plot of Extraction provided Rake with a satisfactory growth arc, so we’ll have to wait and see where he goes from here.

In the first film, we saw Chris Hemsworth, Rudhraksh Jaiswal, and Randeep Hooda. Other important names from the Extraction movie are Golshifteh Farahani, Pankaj Tripathi, and David Harbour. It’s presently uncertain if any of these actors, other than Hemsworth, will continue for the sequel, but we should hear more about the confirmed cast soon.

Rudhraksh Jaiswal played Ovi Mahajan Jr. in the first film. He is the son of an Indian criminal leader named Ovi Mahajan (played by Pankaj Tripathi). Extraction told the narrative of his kidnapping and recovery and he doesn’t appear likely to return for Extraction 2, but everything is conceivable right now.

Randeep Hooda portrayed Saju Rav, Ovi Mahajan SrHead .’s of Security, who, like Rake, had a special forces history. He most certainly killed in Extraction, but if Rake can recover after being fired and drowned, maybe he can, too!